This Car Seat Check was originally published in October 2011 on MotherProof.com.

Honda has softened the Pilot’s harsh corners for the 2012 model year. The three-row SUV’s exterior, interior and powertrain have been updated, and the front-wheel-drive Pilot gets an EPA-estimated 18/25 mpg city/highway. What impressed us most is the Pilot fit all three of our child-safety seats in the second row.

Latch system: In the second row, the Pilot has three sets of lower Latch anchors. Reclining the seatbacks helps expose the anchors, making them a little easier to use. We did have problems with the inboard Latch anchors behind the front passenger seat because there’s a lot of seat hardware that blocks access to the anchor. The second row has three tether anchors that are midway down the seatbacks. They’re easy to use.

Booster seat: The booster seat fit well in both the second (photo above) and third (photo below) rows. However, we did run into some problems with the seat belts. In the second row, all the seat belt buckles are floppy, making it difficult for kids to buckle up independently.

Convertible seat: The forward-facing convertible fit well in both the second and third  rows.

The rear-facing convertible also fit well in the second row because the second-row seats slide forward and back, creating more than enough room for this car seat.

Third-row access: The Pilot’s second row is split 60/40, and the seats slide forward to create a pathway to the third row.

How many car seats fit in third row? Two. 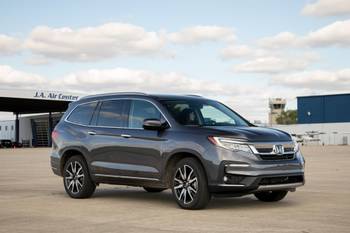 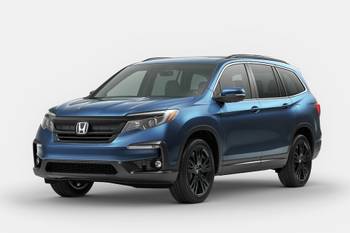 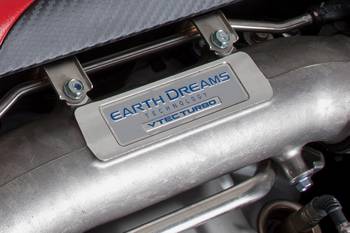 What Does VTEC Stand For?
More From Cars.com