For 2013, Acura introduced an all-new compact sedan, the ILX, that’s based on a modified 2012 Honda Civic. Like the Civic, the ILX seats five, and even though its backseat is surprisingly roomy, it holds only two child-safety seats. This entry-level car has a starting MSRP of $26,795, including an $895 destination fee.

Latch system: The ILX has two sets of lower Latch anchors in the outboard seats. They’re not easy to get at because the seat cushions are in the way, and the anchors sit low in the seat bight, where the back and bottom cushions meet. It was just as difficult to use rigid Latch connectors with these anchors as it was with the traditional hook-like connectors. Three tether anchors are on the rear shelf behind the backseat’s head restraints.

Booster seat: The ILX’s seat bolsters pushed our high-back booster seat to one side and on top of the floppy seat belt buckle. To buckle up, the child or parent has to scoot the booster seat over before sitting down, an annoying addition to the buckling-up process.

We had to move the front passenger seat forward an inch or so to create enough room for the rear-facing convertible in the backseat. This left our 5-foot-8 tester’s knees close to the glove box, but not touching it.

Infant-safety seat: To fit this rear-facing car seat, we also had to move the front passenger seat forward again – roughly an inch. The front passenger had the same legroom with about an inch of clearance between her knees and the glove box. 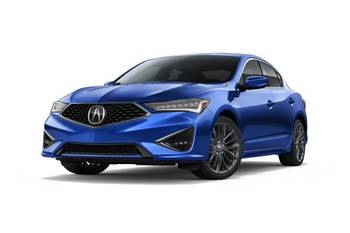 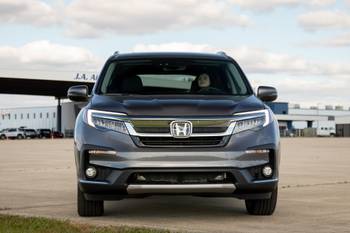