There’s nothing small about the 2013 Toyota Land Cruiser. From its size — it can carry eight passengers — to its starting price of $77,955, this is a ginormous three-row SUV. The Land Cruiser does have two small numbers attached to it: 13/18 mpg city/highway. With a 5.7-liter V-8 engine, those fuel-economy numbers probably aren’t too much of a shock, though.

Here’s another number: three. Three child-safety seats fit across the Land Cruiser’s second row, making it one of a handful of cars that can handle this feat.

For the Car Seat Check, we use a Graco SnugRide 30 rear-facing infant-safety seat, a Britax Roundabout convertible child-safety seat and a Graco high-back TurboBooster seat.

Here’s how the 2013 Land Cruiser did in Cars.com’s Car Seat Check:

Latch system: This three-row SUV has just two sets of lower Latch anchors in the second row’s outboard seats. They sit under leather flaps that can be lifted to reveal easy-to-use Latch anchors. One knock against the anchors is they seemed to be set too close together, forcing our installer to scoot the car seats around a lot to get at the anchors.

Booster seat: In the second row, the booster seat fit well, thanks to a long bottom cushion. The seat belt buckles are on stable bases, making it a snap for younger kids to buckle up independently. The booster seat also fit well in the third row (photo below), though there wasn’t enough room on the three-seat bench to fit three car seats. The seat belt buckle sinks into a well in the seat cushion when buckling up. My kids, ages 5 and 9, find this frustrating in cars I test-drive.

Convertible seat: Both the forward- and rear-facing convertible fit well in the second row, with no need to move the front passenger seat forward to create more space.

Third-row access: To get to the third row, the second-row seats tumble forward to create a walkway.

Editor’s note: This post was updated on April 25 to reflect the correct number of tether anchors in the 2013 Land Cruiser.

These 10 SUVs Have the Highest Towing Capacity for 2019 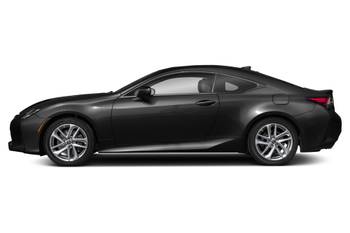 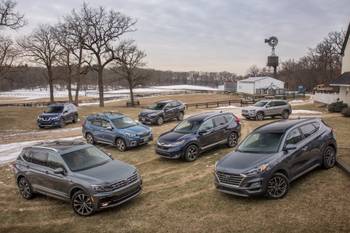 What Is a Crossover?
More From Cars.com