No matter how dazzling the new 2014 Cadillac ELR extended-range electric vehicle looks inside and out, there’s still a big question about what lies beneath that pretty skin.

Is the ELR just a Chevrolet Volt in luxury clothing?

After driving it through the hills of California, the short answer is yes, but there’s much more to the ELR. Is it enough to sway luxury shoppers to drop nearly $76,000 on it?

That’s the question Cadillac worked hard on. On the technology side, the ELR begins with Volt drivetrain technology. That means there is decent power — 295 pound-feet of torque — in all situations, but it isn’t a major improvement over the Volt. In a Chevy alternative-fuel vehicle, it’s more than you expect. Luxury buyers may want even more, however.

The most notable change is to the suspension. The Volt didn’t ride rough, but it certainly rocked and rattled more than you’d want in a luxury car. With a completely new front and rear suspension, the ELR goes over large road imperfections with more confidence and less feedback in the cabin.

Combine that improved ride with the exceptionally quiet cabin and in most driving situations the ELR feels like the upscale electric vehicle that Cadillac wants it to be.

When the electric range is depleted and the gas-powered generator kicks on, that quiet is disrupted by a steady revving that was surprisingly loud. I remember hearing the generator in the Volt, but it actually sounded louder in the ELR.

In terms of range, I managed to travel 30 miles on pure electric power before the generator turned on. That was close to the estimated 34-mile range the ELR’s computer showed before we started the drive. Even with limited use of the air conditioning, the ELR was pushed hard on the drive. I was accelerating briskly on the Pacific Coast Highway before driving the steep inclines of the California mountains just north of Santa Monica. It was near the top of my ascent that the electric range ran out. On the way down the mountains, I used Cadillac’s new Regen on Demand system.

It uses steering-wheel paddles — where you’d find shift paddles on cars equipped with them — to activate braking pressure that sends power back to the lithium-ion battery pack. Heading down the mountain with little to no traffic ahead of me, I used the regenerative paddles almost exclusively to slow the ELR. It was impressive to control the speed in that manner, and it delivered relatively smooth deceleration on its own. It can’t stop the vehicle entirely, but if you’re approaching a red light with enough advance warning, it’s how you want to decelerate in normal, non-mountain driving.

The ELR’s regenerative brakes, which are controlled by the brake pedal, were grippy — much like those in the Volt, but with a bit more control.

It’s also equipped with the new Cadillac User Experience multimedia system that seemed to react much faster than the one in the last CTS I tested a month earlier. The screen also includes a new group of displays for the powertrain system, so you can see the power-flow chart, recharge times and mileage information.

The standard 10-speaker Bose stereo was impressively powerful and sounded terrific at various volumes and with a variety of music styles. I would likely be listening at a level that would make me forget about the generator noise.

While the cabin is comfortable for the driver, the backseat is almost unusable. There’s acceptable rear legroom for short drives, but I’m 5 feet 10 inches tall and my head hit the interior’s ceiling.

The coupe body style also means the Volt’s hatchback utility is gone with the ELR. The rear seats fold down, but there’s a large center console between them that lessens utility. The trunk is relatively sizable with nicely compartmentalized under-floor storage for the wall charger unit. 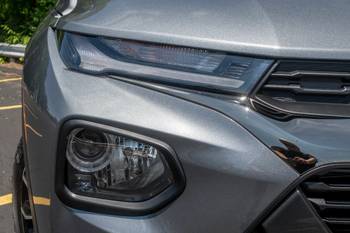 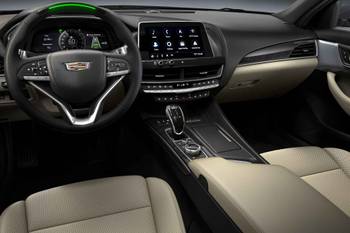 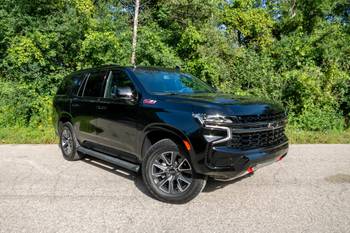 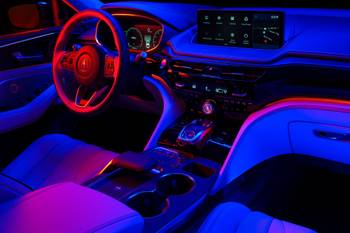 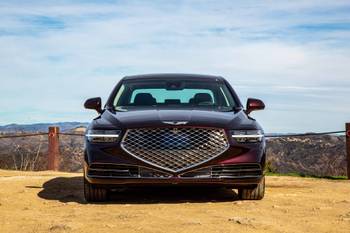