In our recent $30,000 Cheap Speed Challenge the Volkswagen GTI bested a field of eight contenders to take the win. However, the redesigned Mini Cooper was not part of that test. Things don’t always work out the way you want, but getting a new Cooper S with a manual transmission at the same time as a new GTI with a manual transmission seemed like karma telling us we needed to go driving. OK, maybe it was just a really good excuse to get out of the office.

Both cars were similarly equipped to the gills with sticker prices totaling more than $33,000 including destination — not exactly “cheap.” When all was said and done after a Chicago-area drive route traversing city, suburban and highway roads, the face-off was ridiculously close with the final scoring decided by one point overall.

Joseph Bruzek, road test editor: A good time can be had simply sitting in the Cooper S as well as driving the bugger. The Cooper’s fun interior design with toggle switches and tons of glowing lighting effects like the LED volume/tachometer ring around the multimedia screen create a playful experience compared with the businesslike GTI.

David Thomas, managing editor: There’s absolutely nothing wrong with the GTI’s interior, and I found it as nicely appointed, if not more so, as the recent Audi A3 I tested. The Cooper, though, adds more attention to detail, slightly nicer materials overall and controls and displays that wow. The GTI couldn’t top that.

Thomas: The Cooper didn’t do anything wrong to lose and in fact is plenty livable even with a child in a car seat thrown in the back (which I did … during a separate drive). The GTI, however, feels like a full-size car in comparison, dishing out extreme practicality along with all the fun.

Bruzek: No amount of flashy lights could distract me from being crammed in the backseat of the Cooper S. Headroom isn’t bad with the car’s square roofline, but there’s a short supply of legroom only fixable by shoving the front seat forward into the steering wheel.

Thomas: Even when in the front seats the Cooper feels less comfortable than the GTI. Even though the Mini has grown and is comfortable overall, the GTI easily takes the comfort crown. (GTI interior shown above is a different model than tested)

Bruzek: The GTI’s smaller screen and dated graphics are easily forgettable compared to the Mini’s large and high-quality display. Using the Mini’s controller knob is ergonomically awkward because it’s located behind the shifter, but otherwise the experience mirrors the playful demeanor of the car. My favorite is the “Let’s motor hard!” text that displays alongside a graphic of the Cooper when Sport mode is activated. Yes, let’s do that, Mini.

Thomas: It’s funny to think an iteration of BMW’s iDrive cements the win for the Mini in this category but it does. The Cooper’s screen is just gorgeous and that’s compared to everything on the market, not just the GTI. However, I did like the GTI’s optional Fender stereo over the Mini’s upgraded unit in terms of sound quality.

Bruzek: This was a tough one. The GTI without a doubt has more all-out grunt and will pull away in a drag race with the Cooper S. On the other hand, the Cooper’s engine is considerably more responsive with less lag before the power comes on and is eager to blast away regardless of gear choice. I’d pick the GTI if I had open roads to stretch the car’s legs and the Mini in the city where short bursts of speed are all you get.

Bruzek: It’s too bad we didn’t have a Cooper S during our measured testing day of the Cheap Speed Challenge. The GTI destroyed everything else in 60-to-zero mph braking distances. Both performed so closely in our street testing that I’m curious if the Mini could match the GTI’s stopping power.

Thomas: Responsiveness again wins for the Mini in this category. The GTI has impressive braking, but the Mini brake pedal translates to deceleration so sharply it feels instinctual.

Bruzek: The two are very closely matched but the Cooper S handles flatter and more confidently than the GTI. Rip into a corner and the Cooper’s tail happily wiggles before straightening and pointing the nose exactly where it needs to go.

Thomas: I’m not sure if it’s the steering, diminutive size or less mass but the Cooper feels like a different type of car than the GTI when cornering hard. It gives extreme confidence in these situations that doesn’t exist when piloting the GTI. On a separate drive I was able to take this same Cooper S on the same track as our Cheap Speed Challenge and found it to be totally at home, easy to pilot from apex to apex with extreme grip as well.

Bruzek: The Mini drives like an excited puppy just before it pees the carpet. It’s a highly entertaining experience that’s at the forefront of the driving experience all the time. The GTI has similar levels of performance without the giddy attitude and is more like a tool of precision than a party favor.

Thomas: Add the wins in acceleration, braking and handling together and its no surprise that formula equals a win for driving fun. You just can’t argue with that math. Driving fun is also the mission of the Mini. The GTI’s mission is to be a faster Golf.

Bruzek: I’m continually impressed by the GTI’s ride quality on any road surface; it’s truly a go-anywhere, anytime kind of car. Well, not off-road, but it’s at home on rough roads as much as on smooth highways. The ride isolates suspension movement better than some luxury cars, which is impressive on its own for a compact car but even more so when you look at the GTI’s performance capabilities.

Thomas: The Mini could win a few more categories and it wouldn’t translate to being a better daily driver, which the GTI definitely is. I also drove the GTI to Milwaukee and back later in the week, and my adoration for the ride quality only grew. The Cooper S, on the other hand, has a remarkably firm ride that sends serious jolts through the frame when hitting the worst of city roads. I thought part of the car fell off after one particularly rough bump.

Bruzek: The GTI’s ride quality is a prime example of how much sophistication you’re buying with the Volkswagen. Few performance cars of any price offer this level of refinement and performance. The Mini is somewhat gimmicky in its interior, while the GTI has the high-quality materials and niceness found in a more expensive class of vehicle.

Thomas: When doing a comparison test it’s very easy for two journalists to praise here and ding there, but it’s not our money going to the credit bureau every month. The GTI is a remarkable car with few compromises in terms of practicality. The Cooper has a few more compromises with a similar sticker price. Win GTI.

Not only did the Mini Cooper win more categories, but it won when we tabulated the final score as well. In the end, its performance chops outweighed the GTI’s all-around adoration. Would we still recommend the GTI for the majority of shoppers who live in the everyday world? Yes. But it is impossible to deny just how good this Cooper truly is.

Volkswagen ID.4 Gets ID’d for U.S. as Small Electric SUV 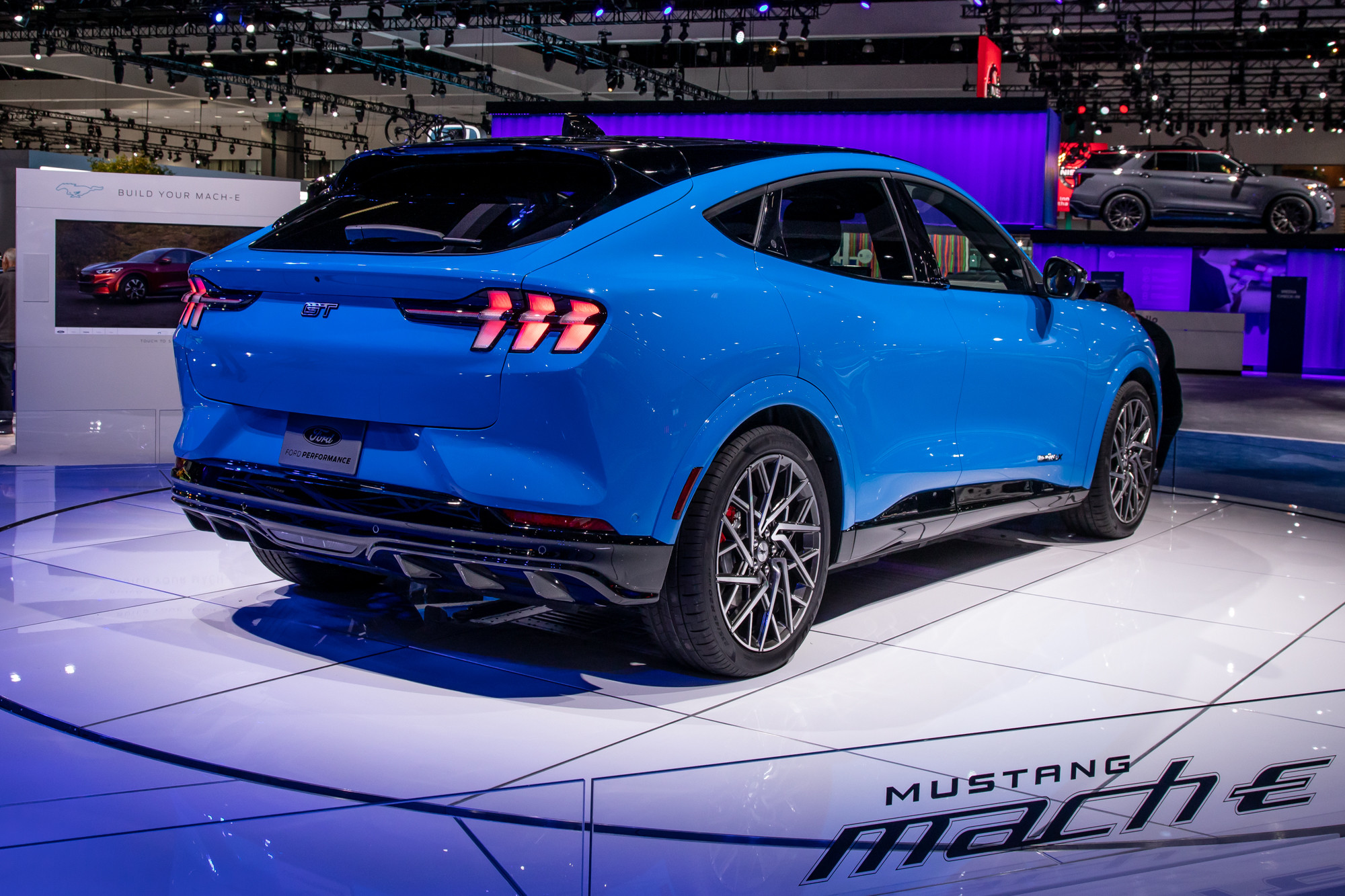 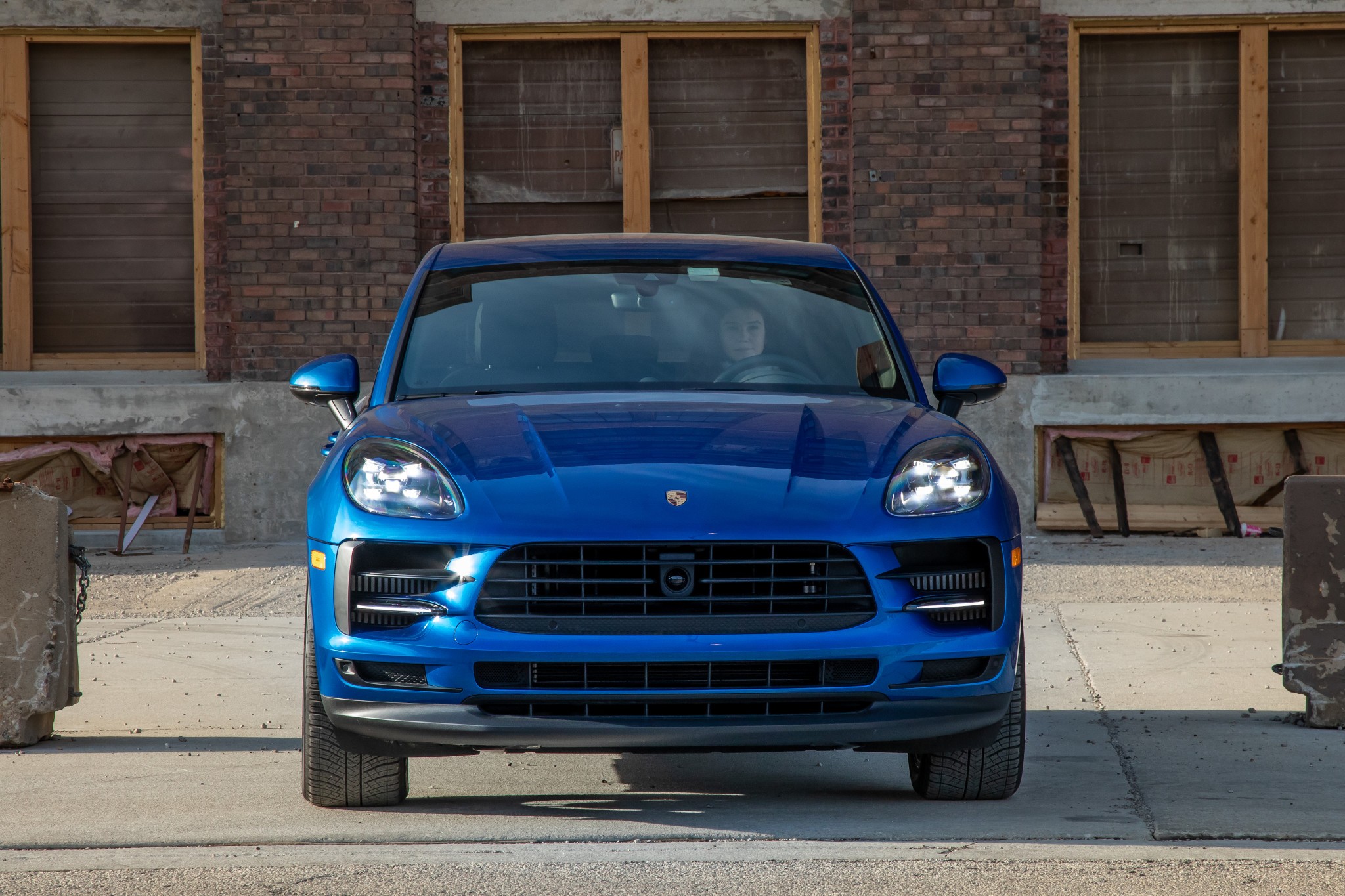 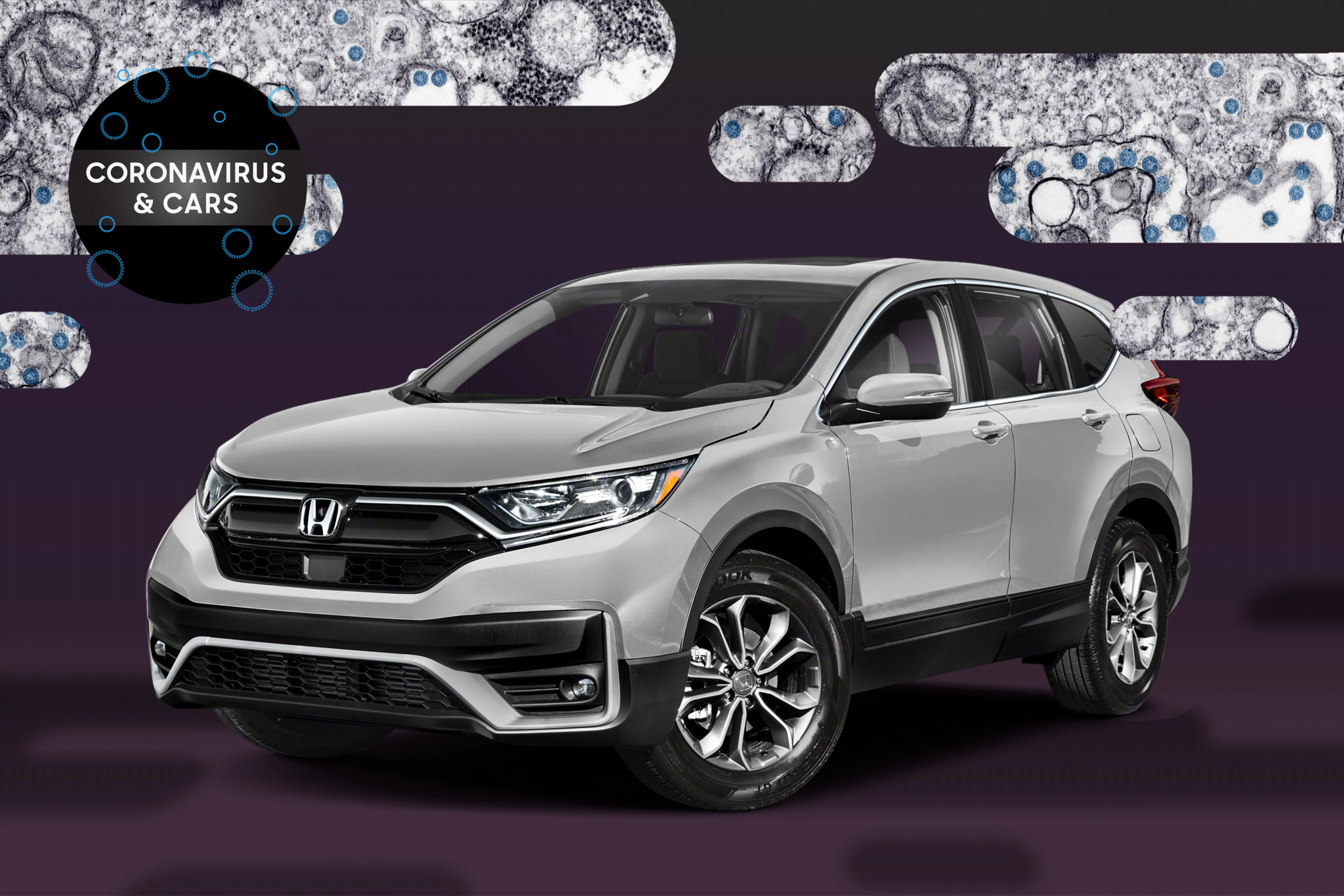 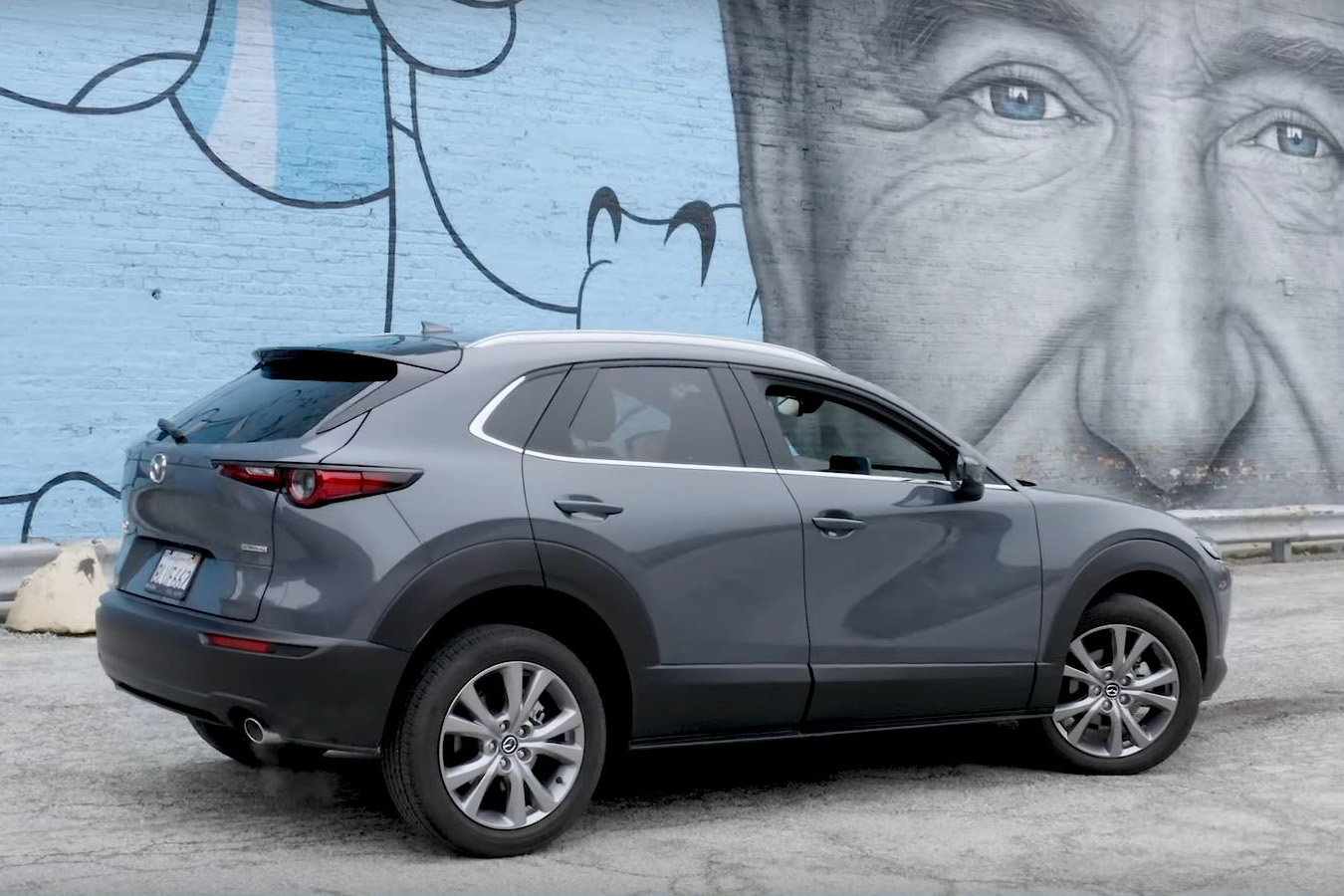