When fully loaded, Honda’s Odyssey minivan seems to have it all: a vacuum cleaner, a cool box for keeping drinks chilled, a rear entertainment system and plenty of places to charge devices. We last installed car seats into a 2014 Odyssey. Little has changed between model years, but our Car Seat Check grades have changed in some categories for 2015, due largely in part to the less than ideal positions of the Odyssey’s top tether anchors. This is an area we’re paying extra attention to since it’s something parents often overlook.

We tested the eight-passenger minivan’s top-line Touring Elite trim. We found a lot that families will like in this minivan such as fitting three child-safety seats across the backseat, but we were frustrated with tether anchor placement and third-row access. 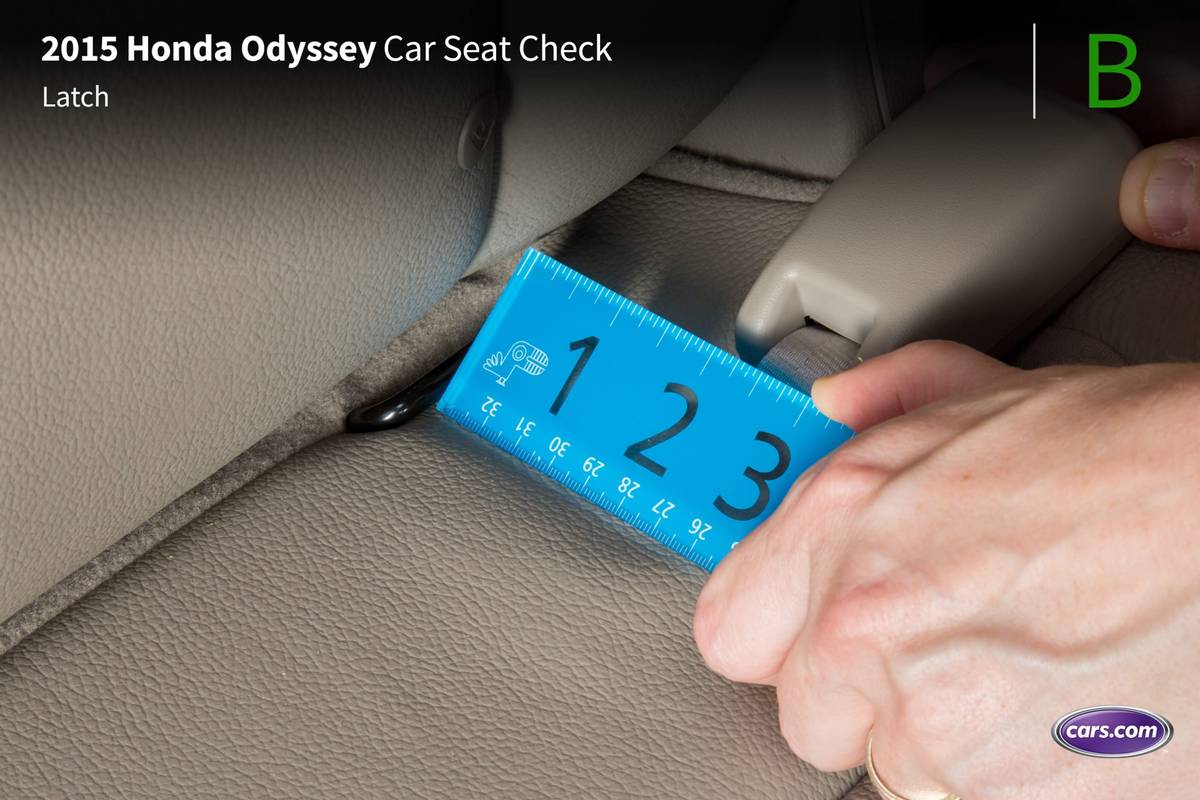 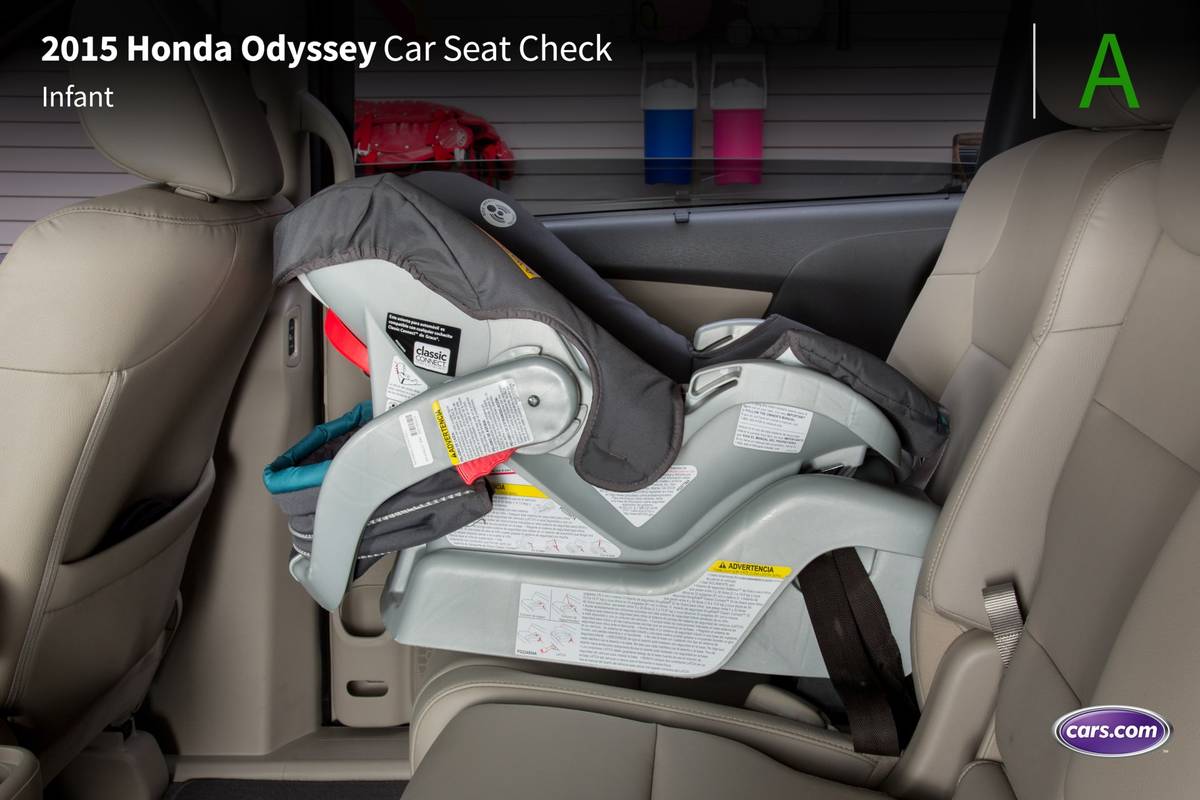 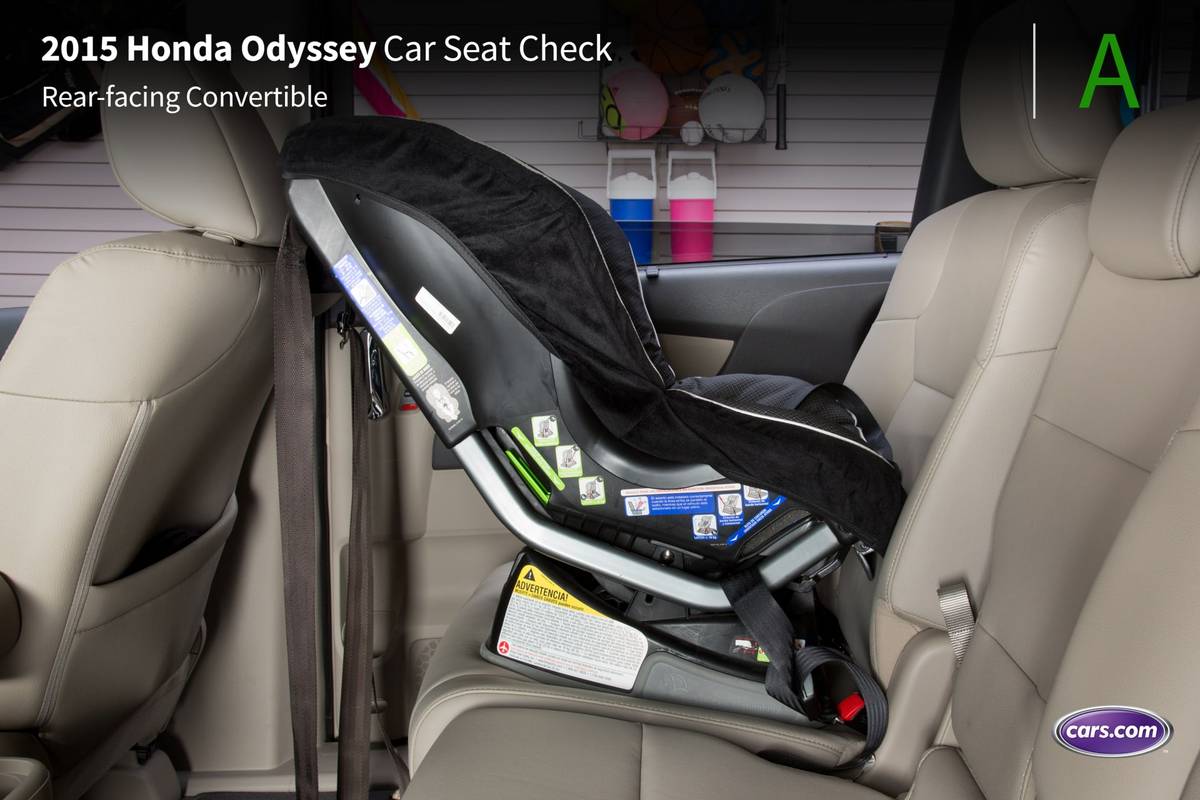 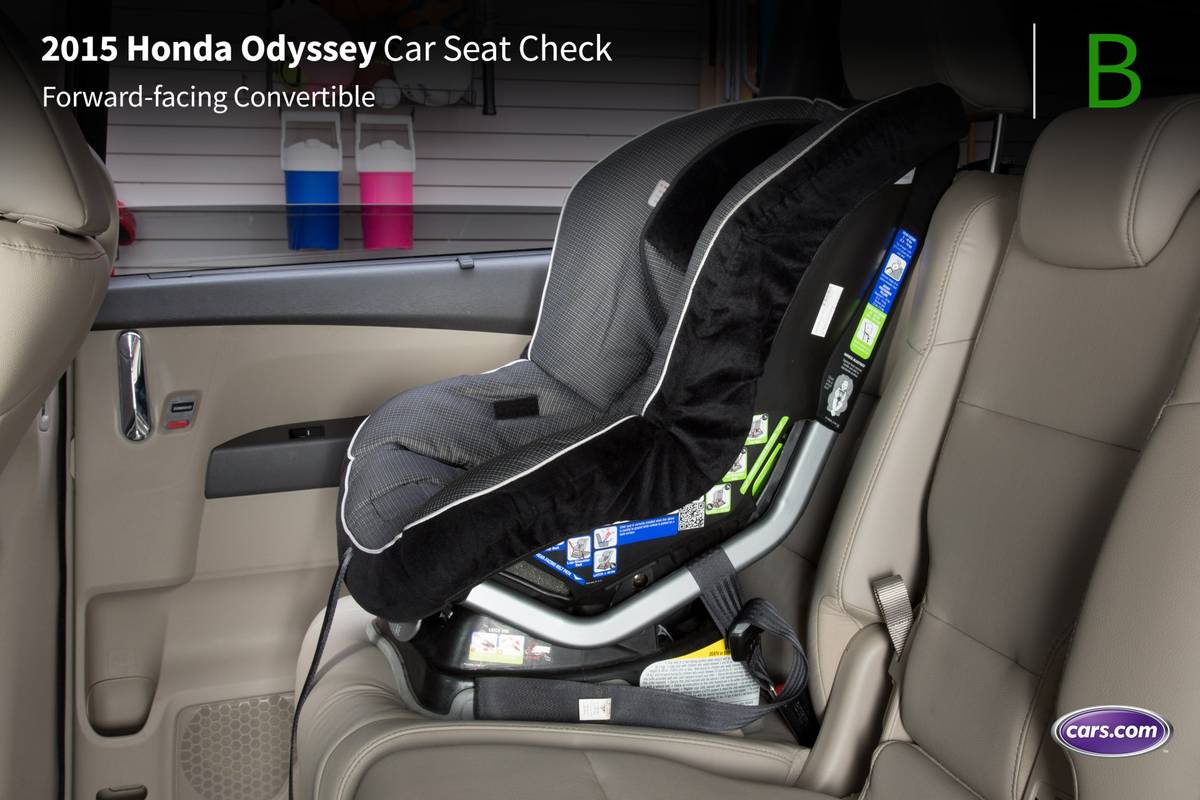 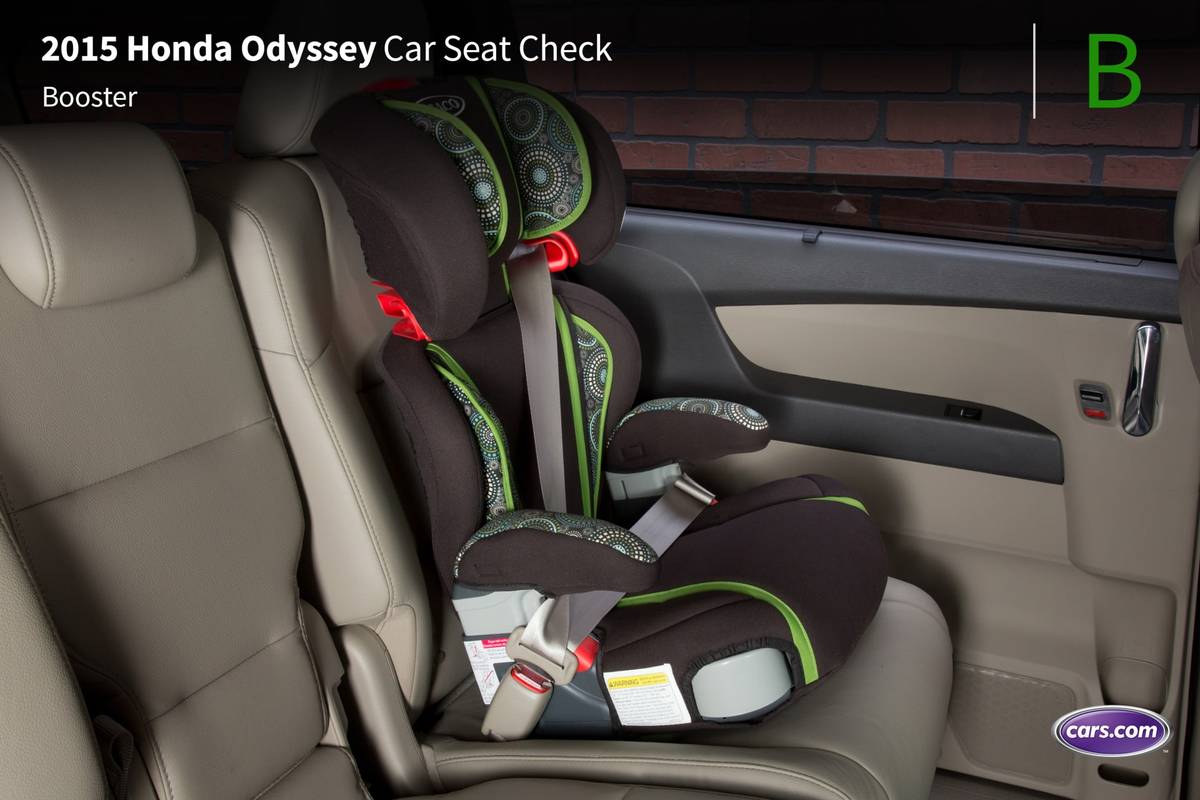 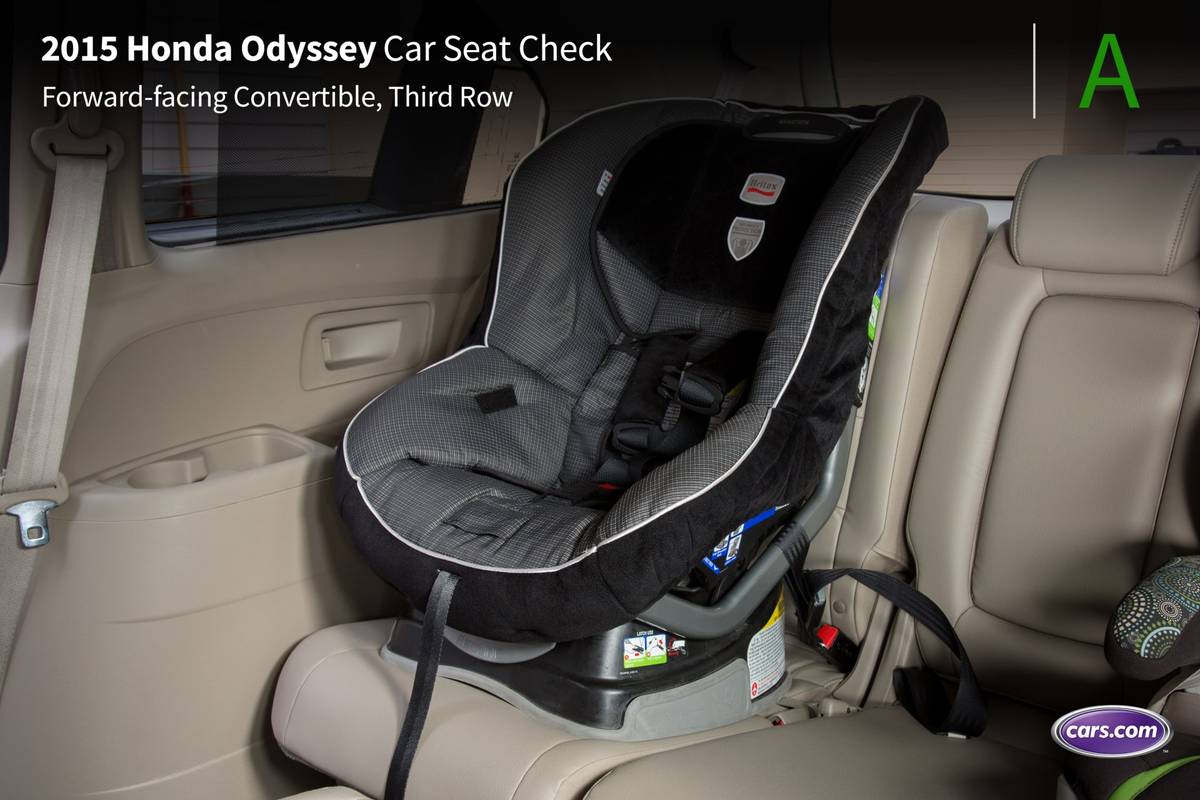 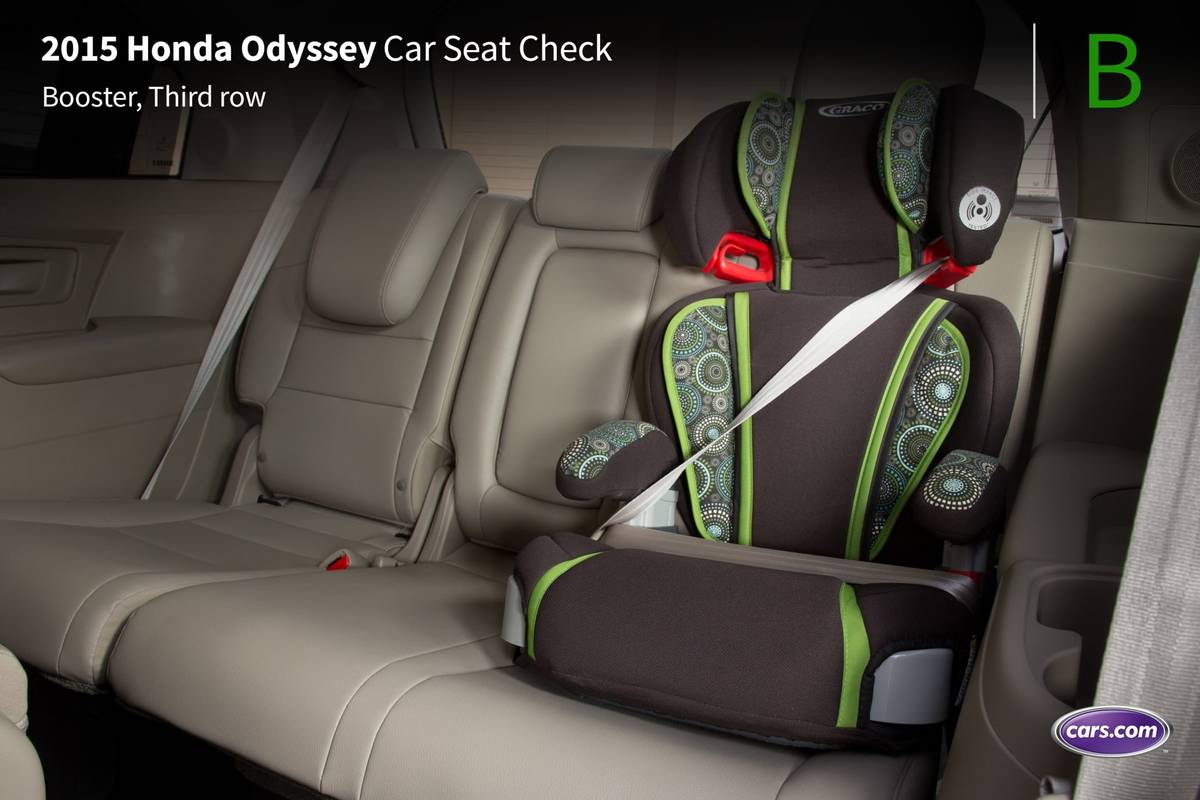 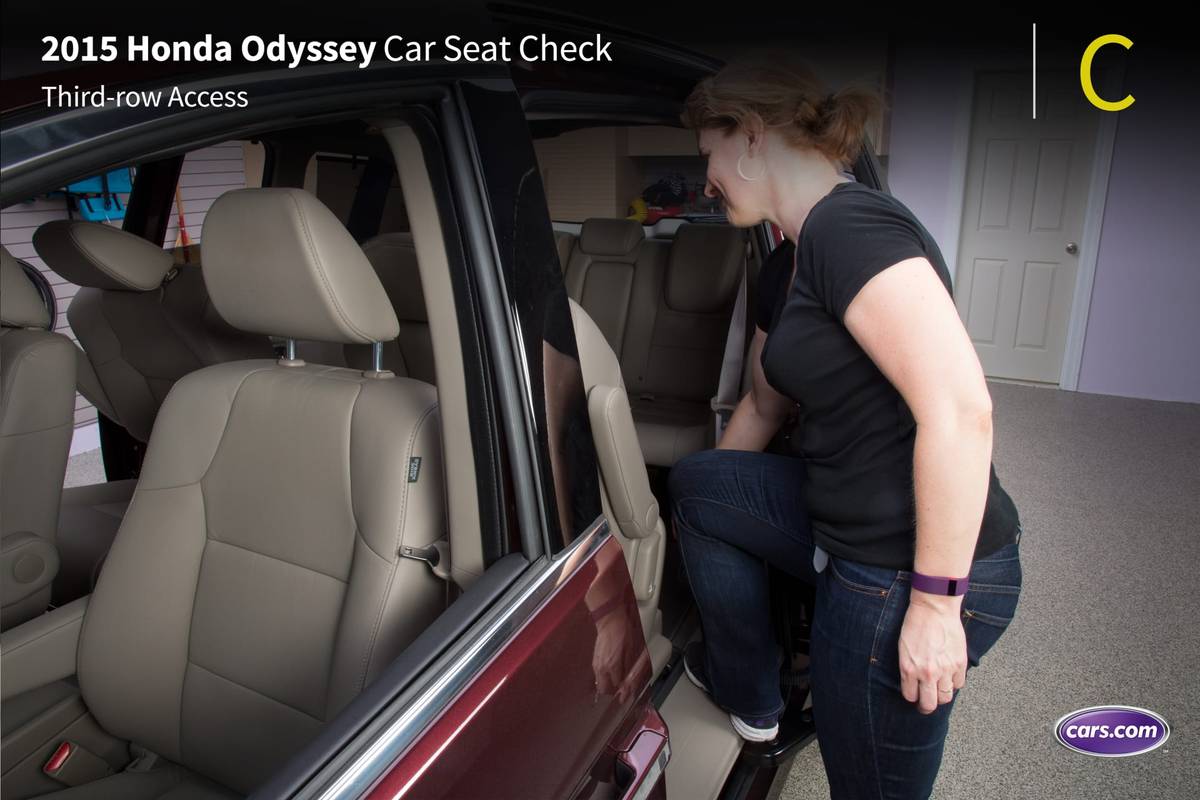 We also install the forward-facing convertible in the second row’s middle seat with the booster and infant seat in the outboard seats to see if three car seats will fit; a child sitting in the booster seat must be able to reach the seat belt buckle.

If there’s a third row, we install the booster seat and a forward-facing convertible. To learn more about how we conduct our Car Seat Checks, go here.