Utility has many meanings when you’re talking about the Ram 1500. Sure, it’s capable in terms of its role as a pickup truck with its robust V-6 and V-8 engines and myriad combination of cab and bed sizes, but it also shines as a family hauler. We tested a crew-cab Ram in the upscale Laramie Longhorn trim and it easily and comfortably accommodated three child-safety seats in its gigantic backseat.

How many car seats fit in the Dodge Ram’s second row? Three

For the Car Seat Check, we use a Graco SnugRide Classic Connect 30 infant-safety seat, a Britax Marathon convertible seat and Graco TurboBooster seat.  The front seats are adjusted for a 6-foot driver and a 5-foot-8 passenger. The three child seats are installed in the second row. The booster seat sits behind the driver’s seat, and the infant and convertible seats are installed behind the front passenger seat. 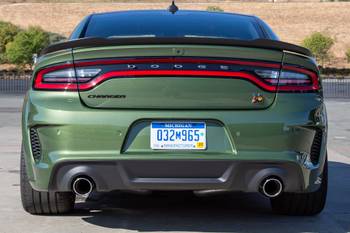