Editor’s note: This Car Seat Check was written in September 2014 about the 2015 Dodge Challenger. Little of substance has changed with this year’s model. To see what’s new for 2016, click here, or check out a side-by-side comparison of the two model years.

CARS.COM — When it comes to child-safety seats, the Dodge Challenger is a car that allows parents to have their cake and eat it, too. Not only does this muscle car offer a 305-horsepower, 3.6-liter V-6 engine for starters but also its roomy backseat can fit most styles of car seats. We were also able to fit three across the backseat.

Not everything is perfect with the Challenger and car seats, however. In our tests, we found that a rear-facing infant seat, which takes up a lot of backseat space, doesn’t work well with the front passenger seat. The front seat is designed to fold and slide forward for better backseat access, and then the seat has to be pushed all the way back to lock the seatback into place. From there, you can slide the seat forward to create more legroom for backseat passengers. However, the infant seat is so long that it prevents the front passenger seat from sliding back and locking into place.

We tried to work around this setup, but ultimately decided that the Challenger and infant seats don’t mix. Oddly, we didn’t run into this problem when we tested the 2012 Challenger. If you have an infant, use a rear-facing convertible seat in the Challenger instead, which thankfully doesn’t take up as much legroom as the infant seat. In our photo, we used the infant seat to illustrate that three average-sized car seats fit across the backseat.

How many car seats fit in the second row? Three, but if parents are using a rear-facing infant seat, it’s likely too long to fit in the Challenger’s backseat. 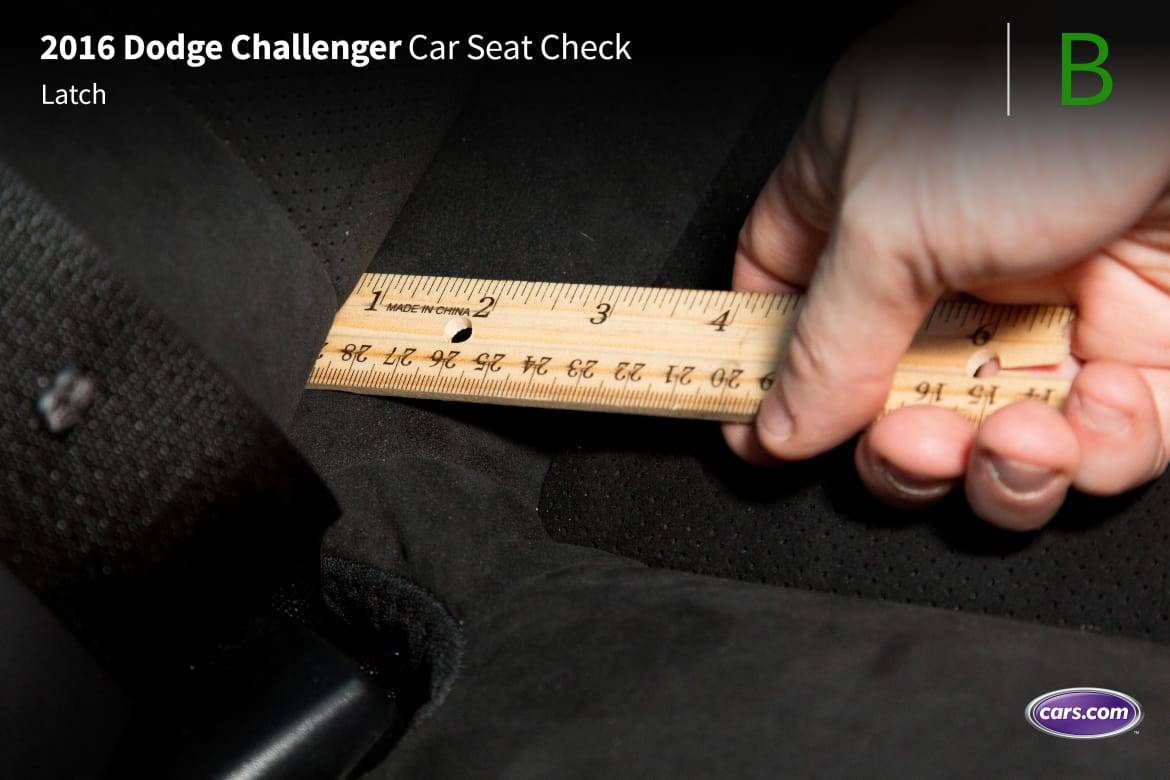 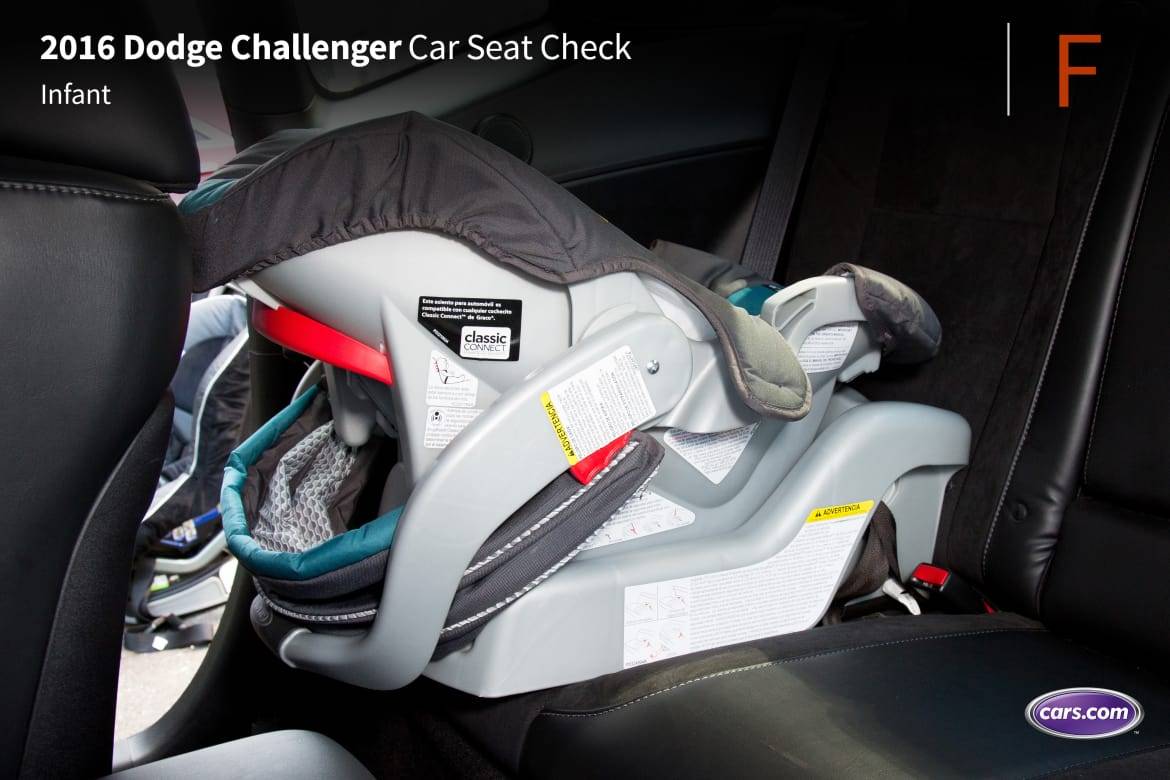 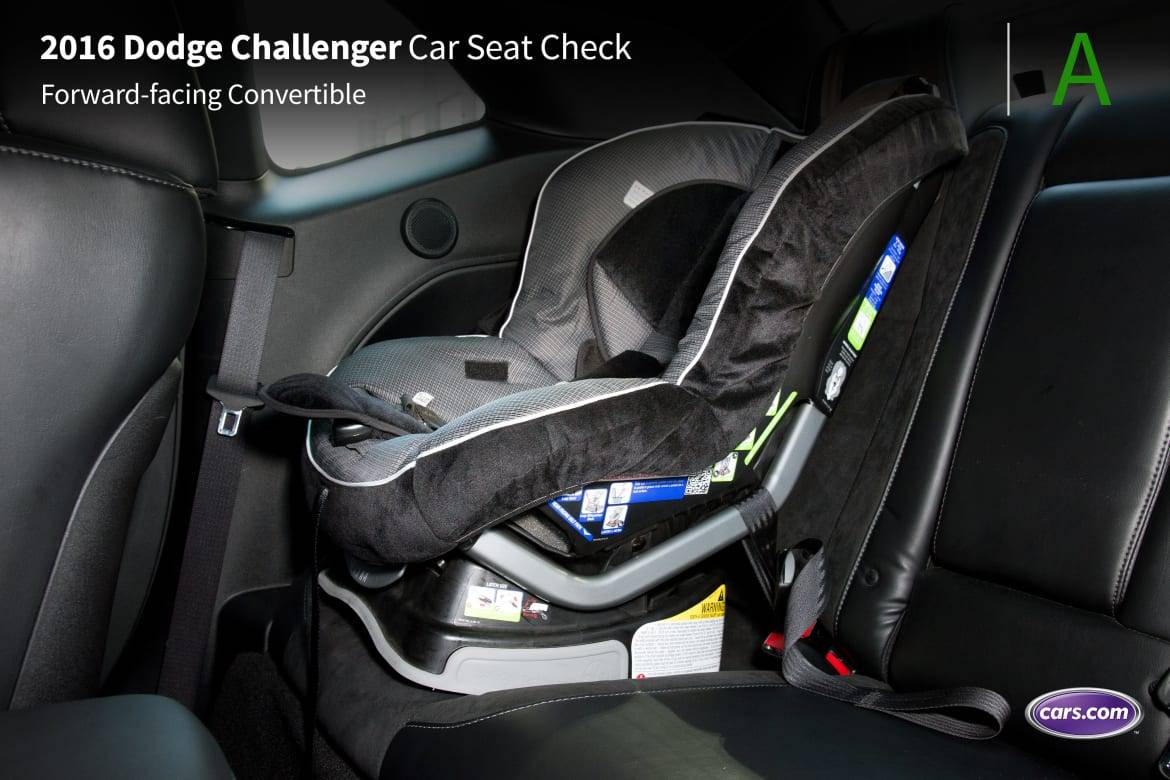 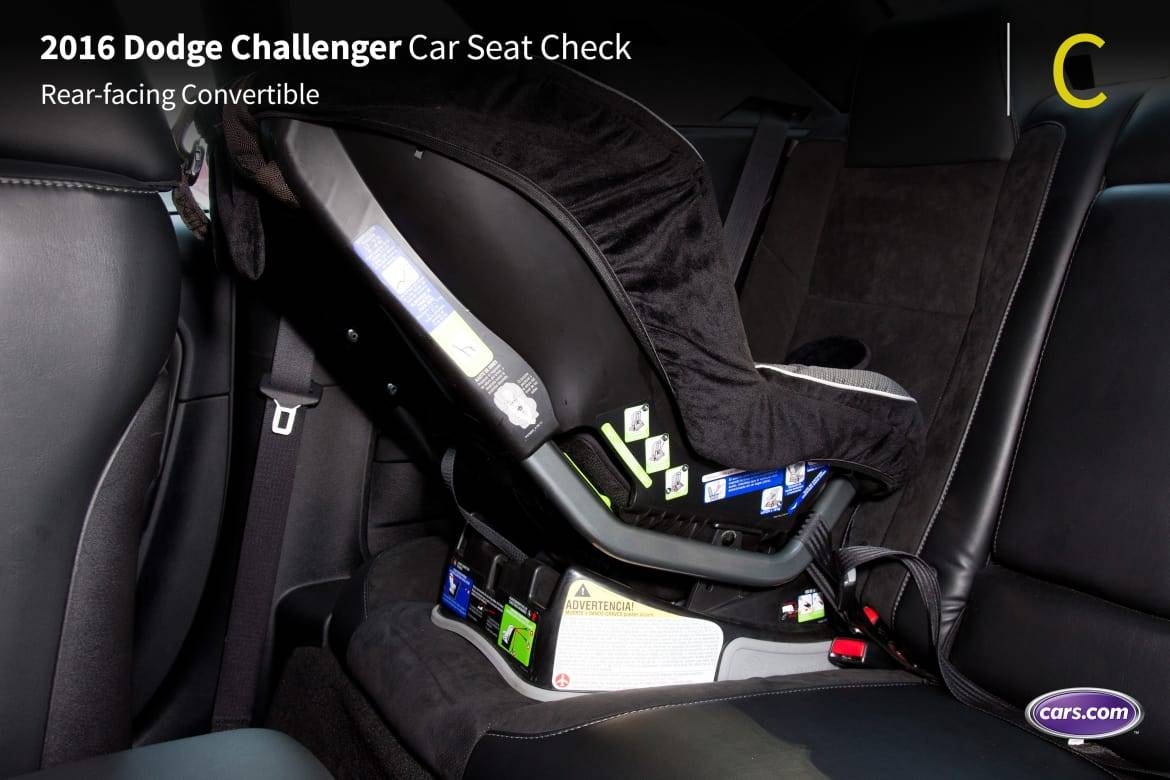 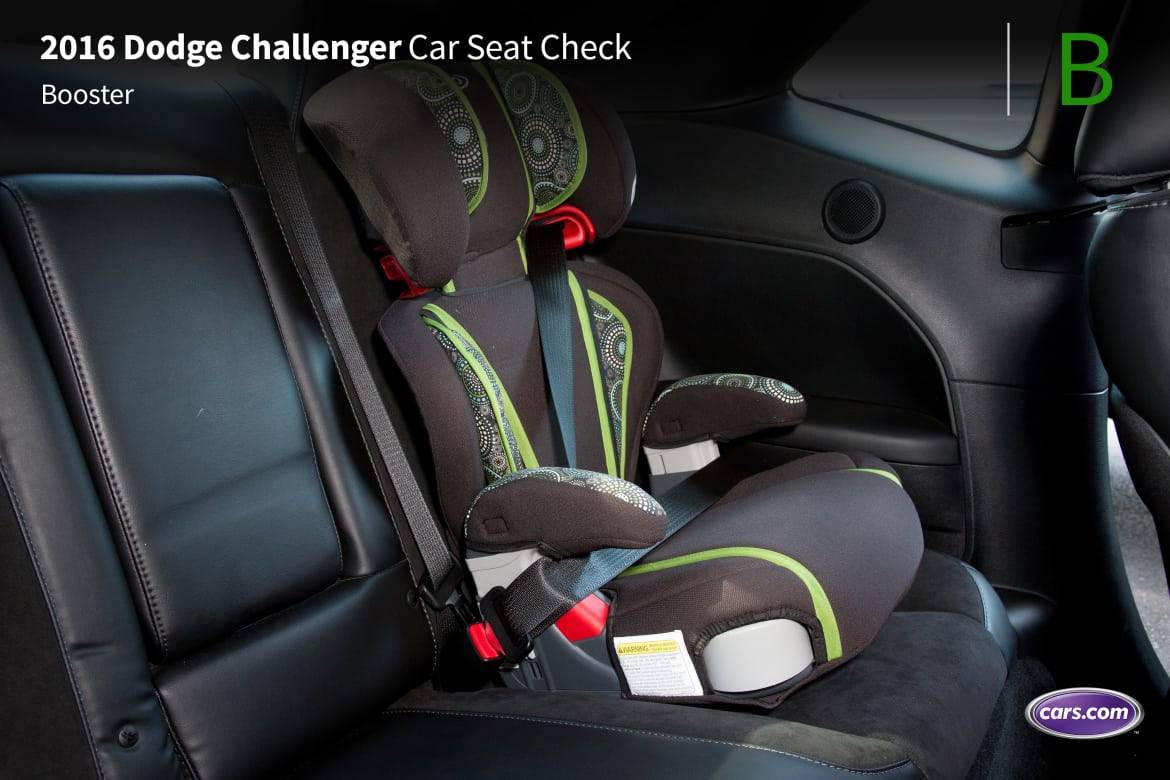 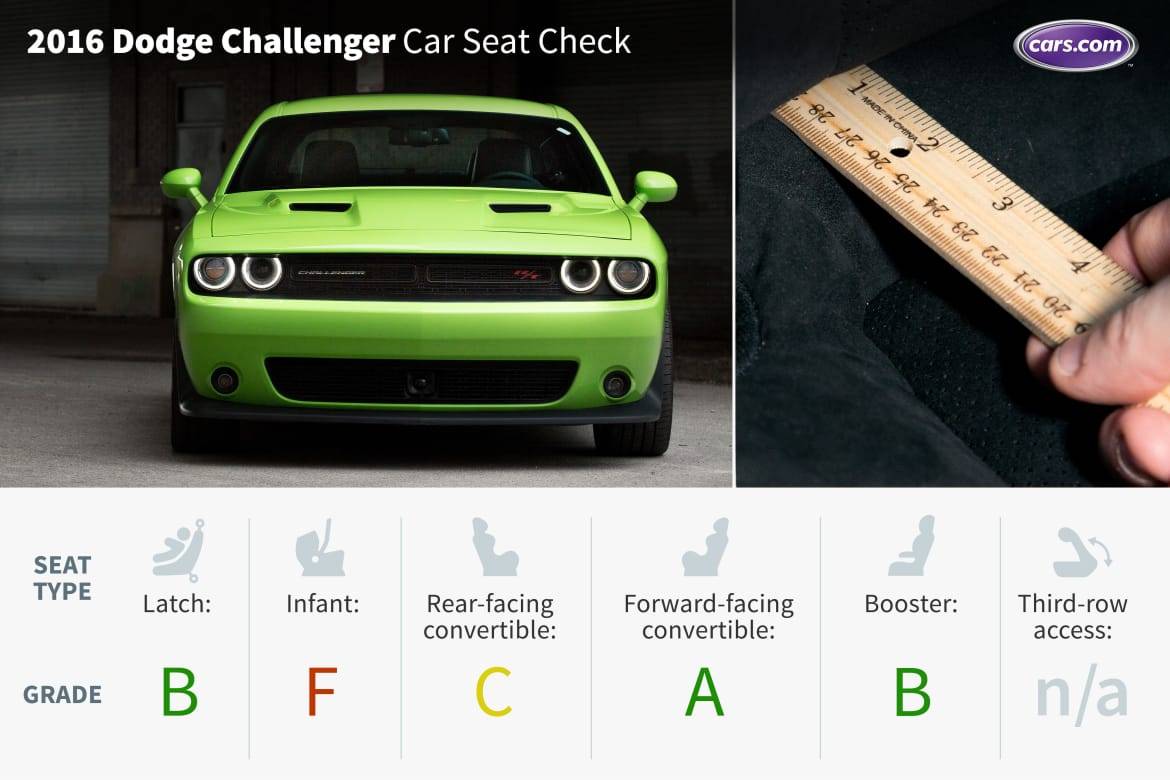