One of the country’s most popular cars just got a reboot.

Honda has upgraded the Accord sedan and coupe for the 2016 model year, going on sale in August, with new front and rear styling, and new technology including Android Auto and Apple CarPlay connectivity on most trims.

Related: What Is the Most Affordable Midsize Sedan for 2015?

All 2016 Accords will get the new look with a radically transformed front end highlighted by headlights that mimic Acura’s recent trend of cascading bulbs. Around back new LED taillights remind us a bit of BMW’s technique. All trims except the entry-level LX also get LED fog lights.

But while people may notice the differences on the outside, car shoppers may be more interested in the Accord’s new ability to work with their favorite smartphones.

Honda isn’t the first automaker to roll out Android Auto and Apple CarPlay, but it is a significant offering, especially considering it is standard on EX and higher trim levels. However, we can’t get excited about the new 7-inch touch-screen that comes along with them. It is similar to the unit in the new Fit and HR-V and loses the physical volume knob for capacitive buttons in the 2016.

What we like about how Honda is offering the two services is that they can be had in trim levels that don’t come with the manufacturer’s navigation system. On the 2015 Accord you would have to buy an EX-L trim level with leather to get the navigation system, taking you well more than $30,000, while the EX starts at just more than $25,000. Pricing and exact trim level information for the 2016 hasn’t been released at this time.

A new safety suite called Honda Sensing will be an available option on all trims and standard on the top Touring trim. It includes collision mitigation, forward collision warning, lane keep assist and adaptive cruise control.

The four- and six-cylinder engines will carry over from 2015, but the V-6 may offer more power. We’ll have full specs on the engines next week, but Honda confirmed it will continue to offer a six-speed manual for both engines. 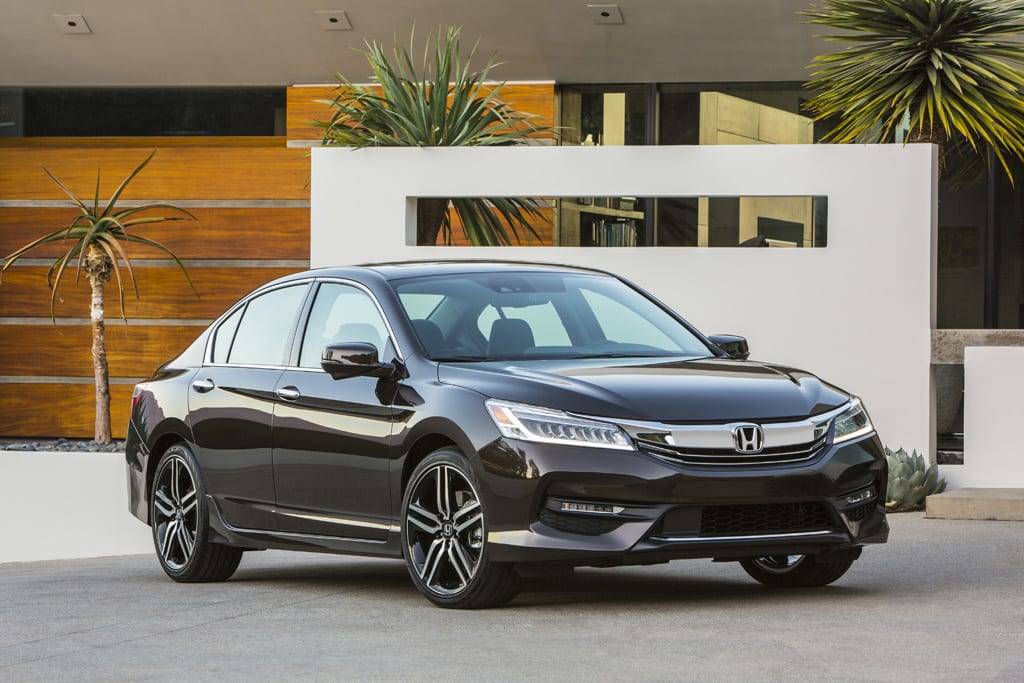 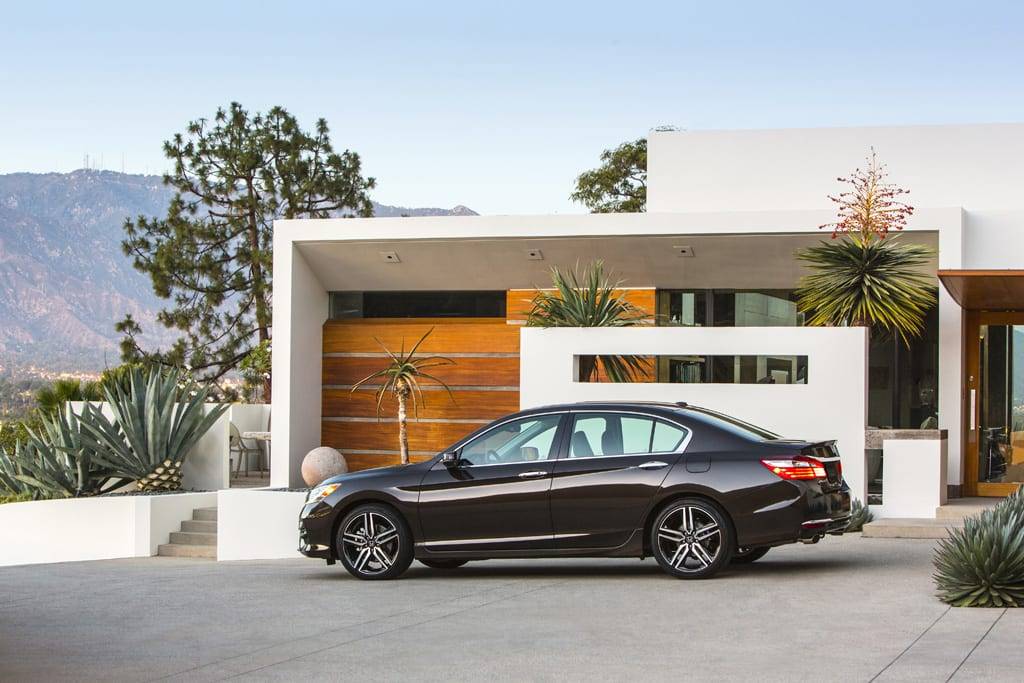 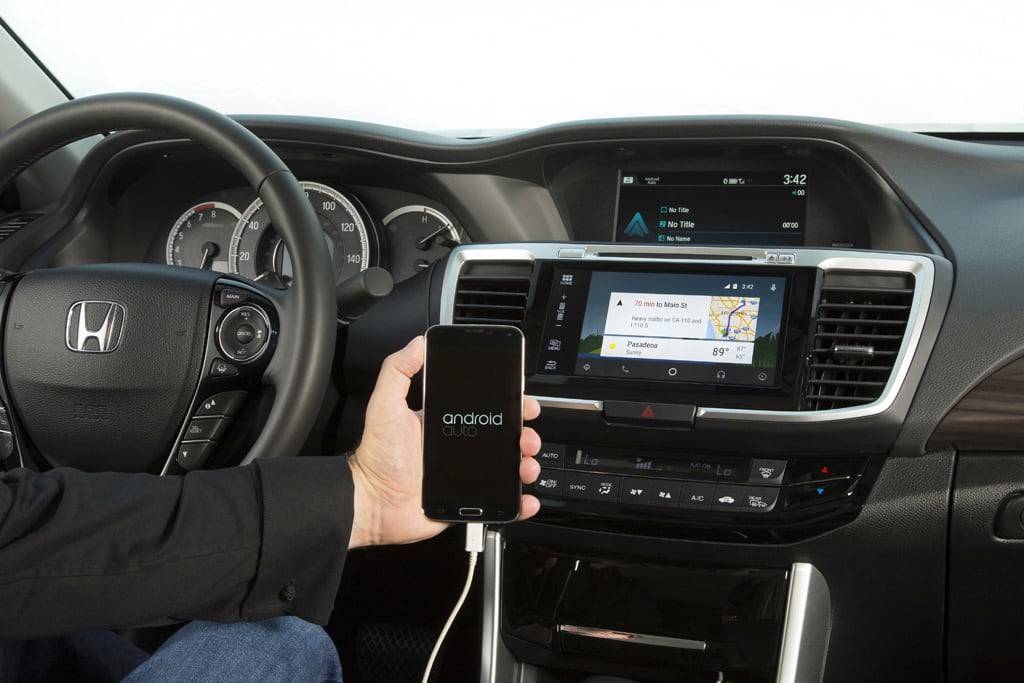 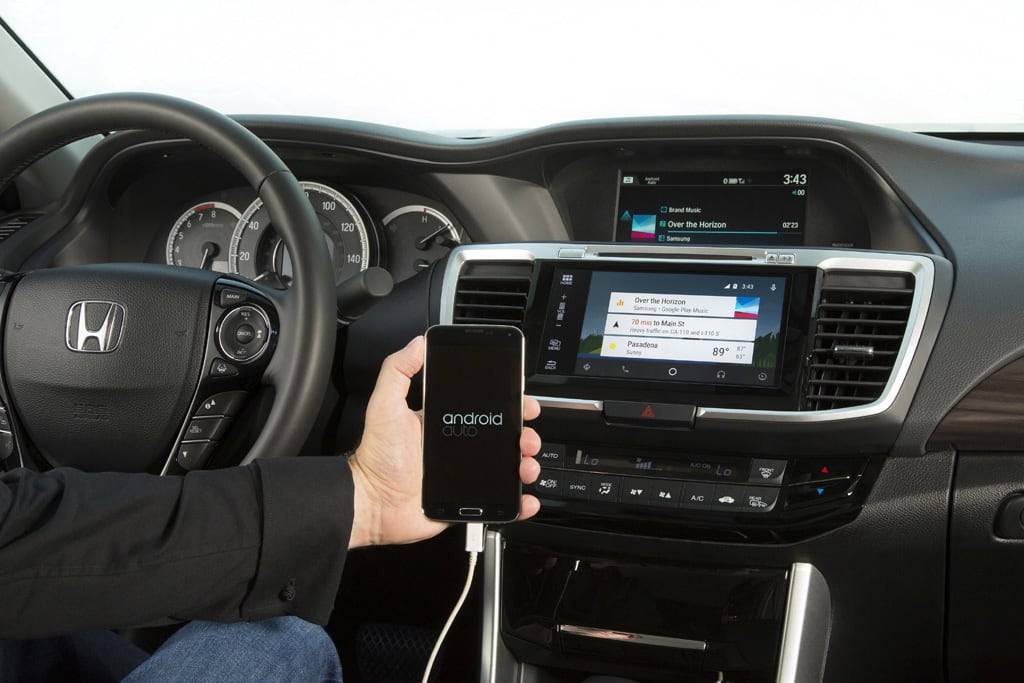 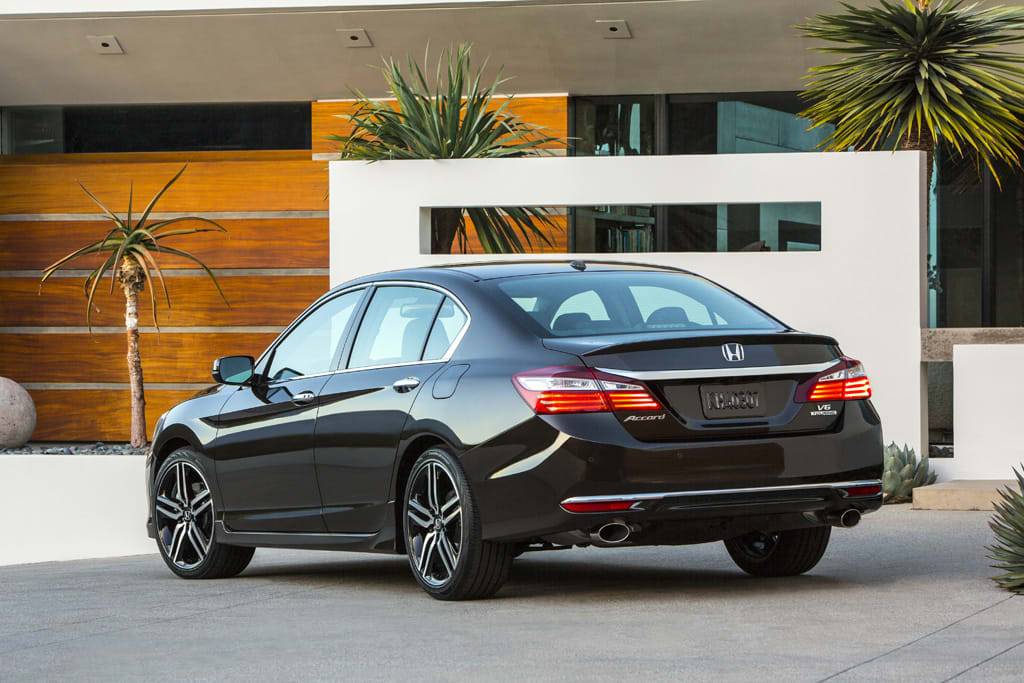 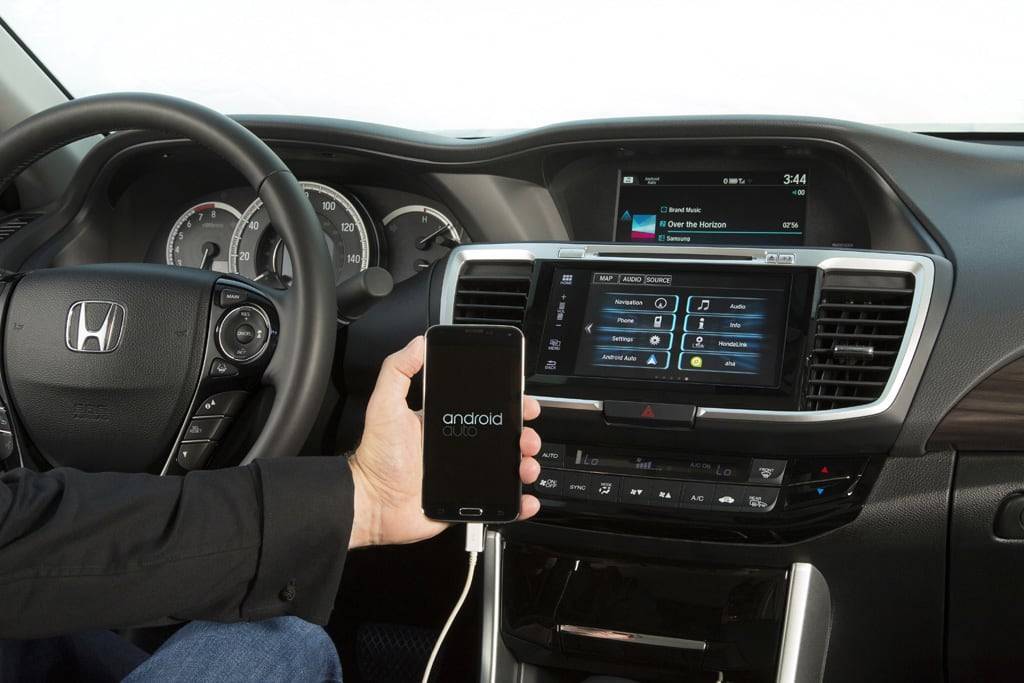 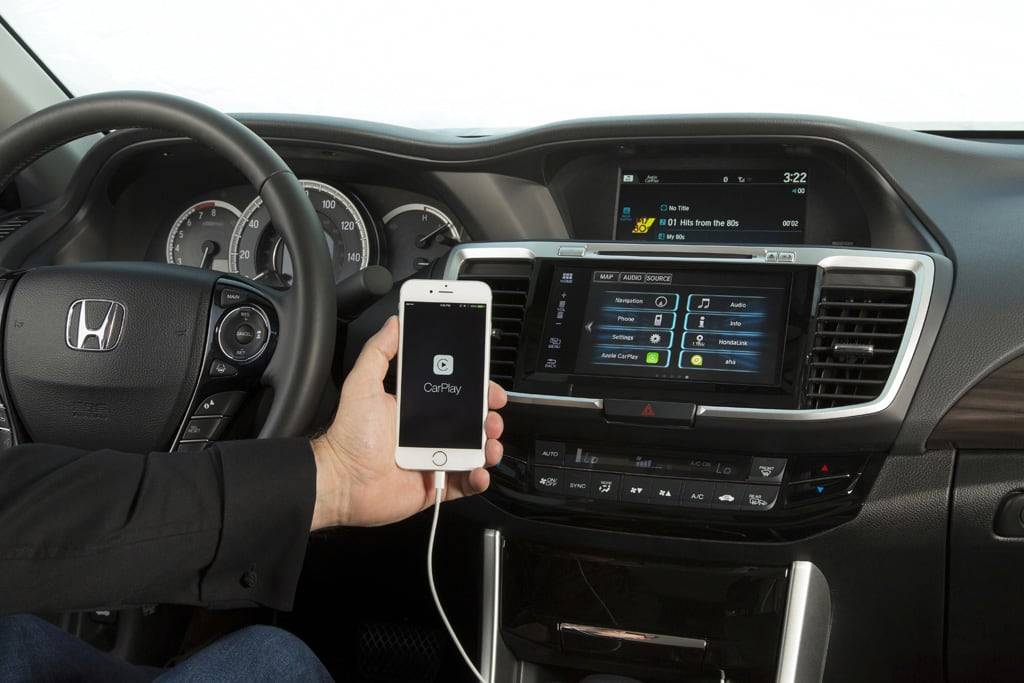 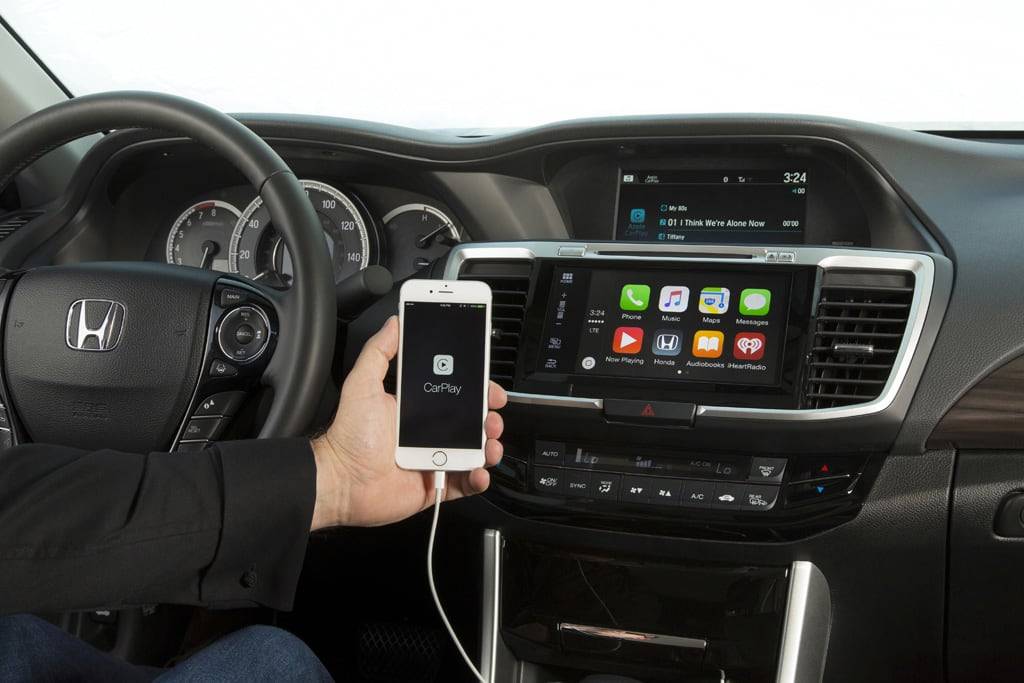 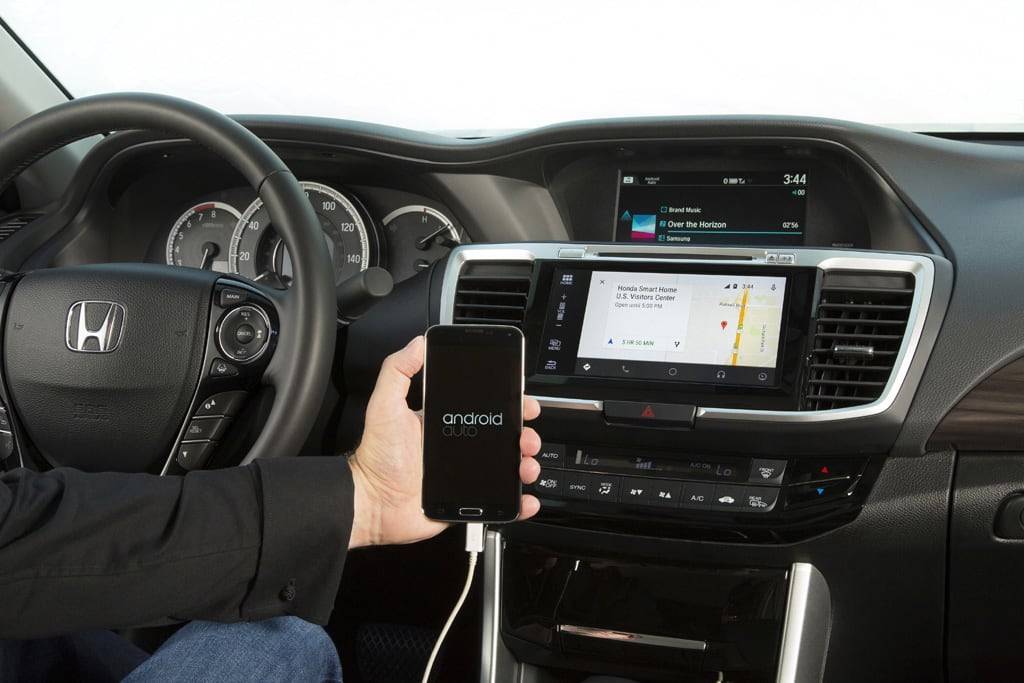