CARS.COM — Honda’s popular compact SUV received an update for 2015 and the CR-V returns unchanged for 2016. In our Car Seat Check of the 2015 model, we praised the backseat’s ample legroom, but it lost points for a confusing top tether anchor location. For this Car Seat Check, we tested a 2016 Honda CR-V with leather seats. 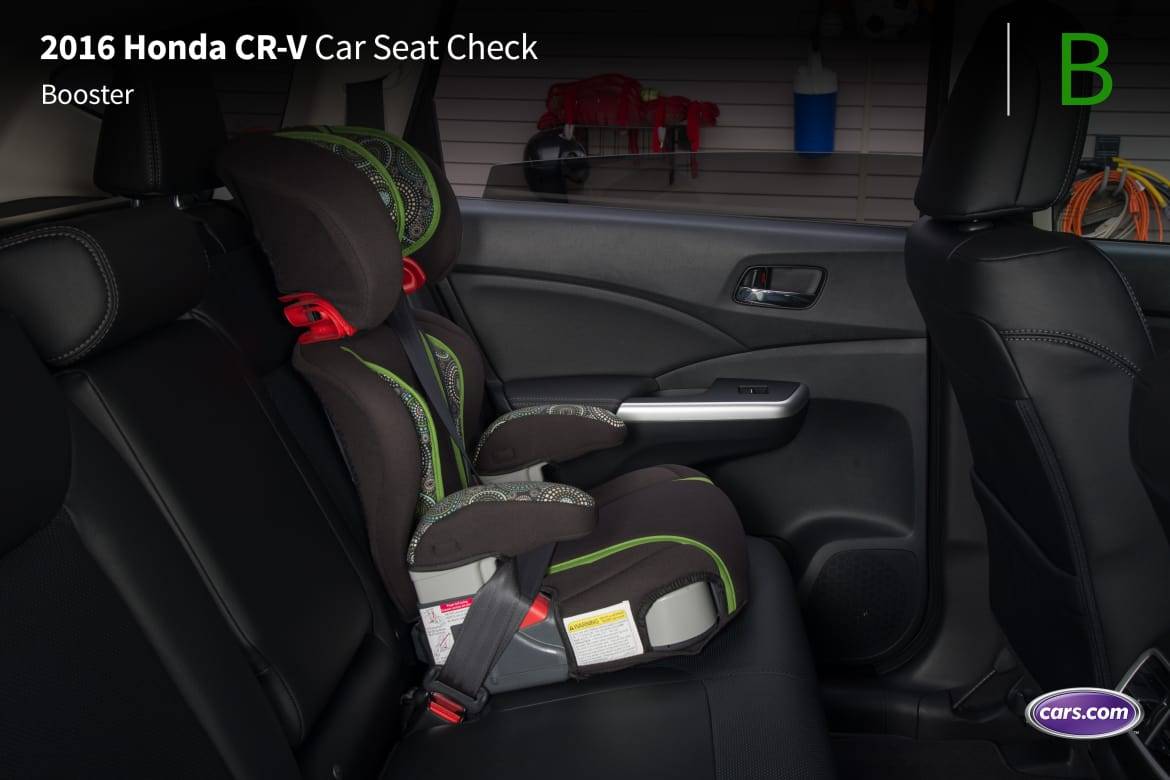 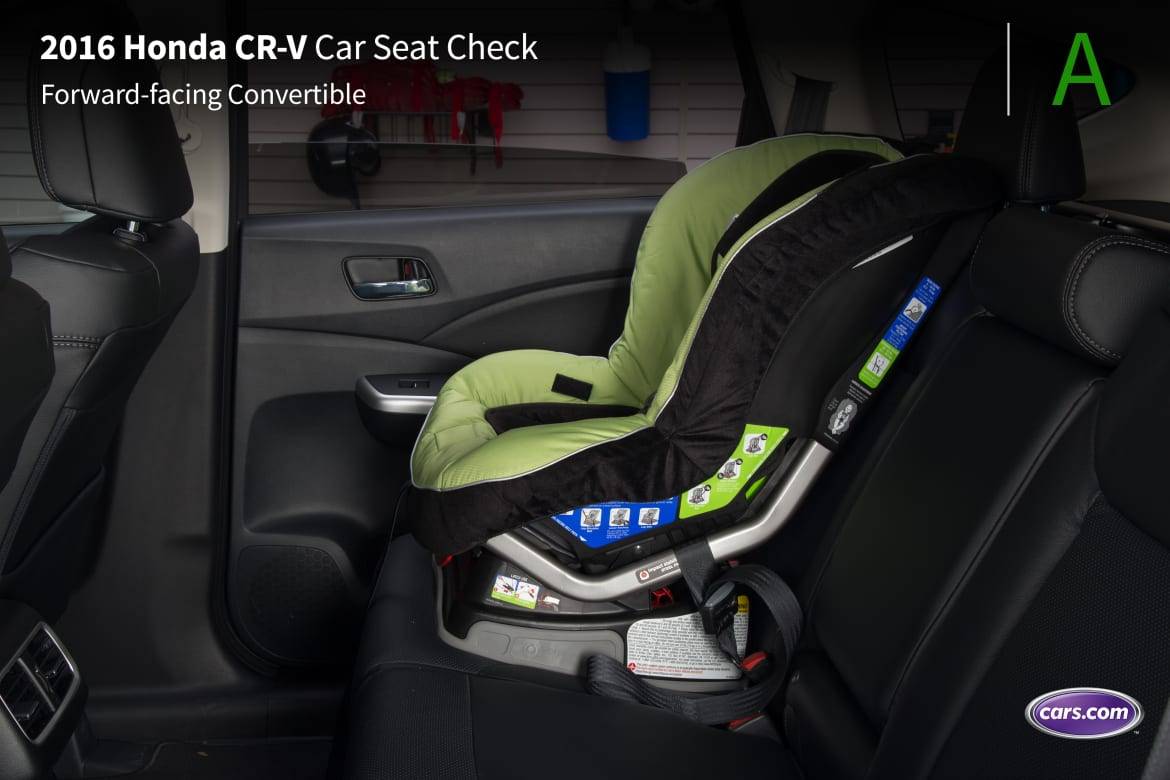 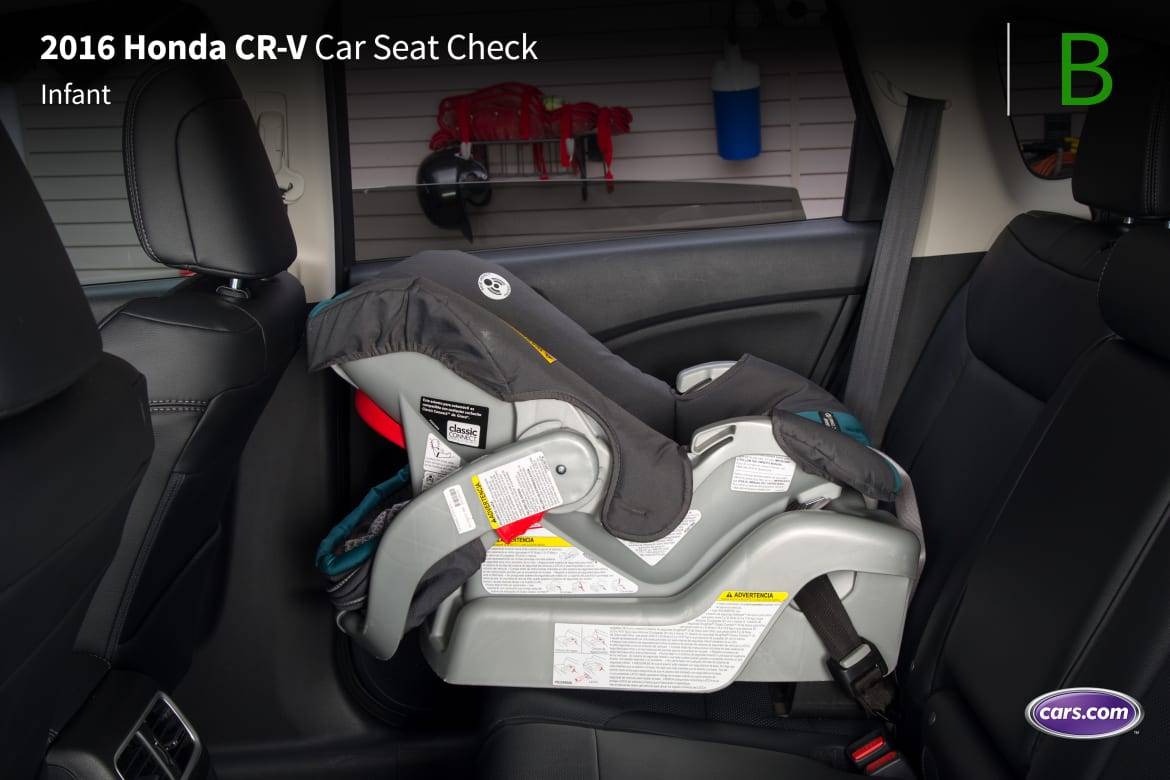 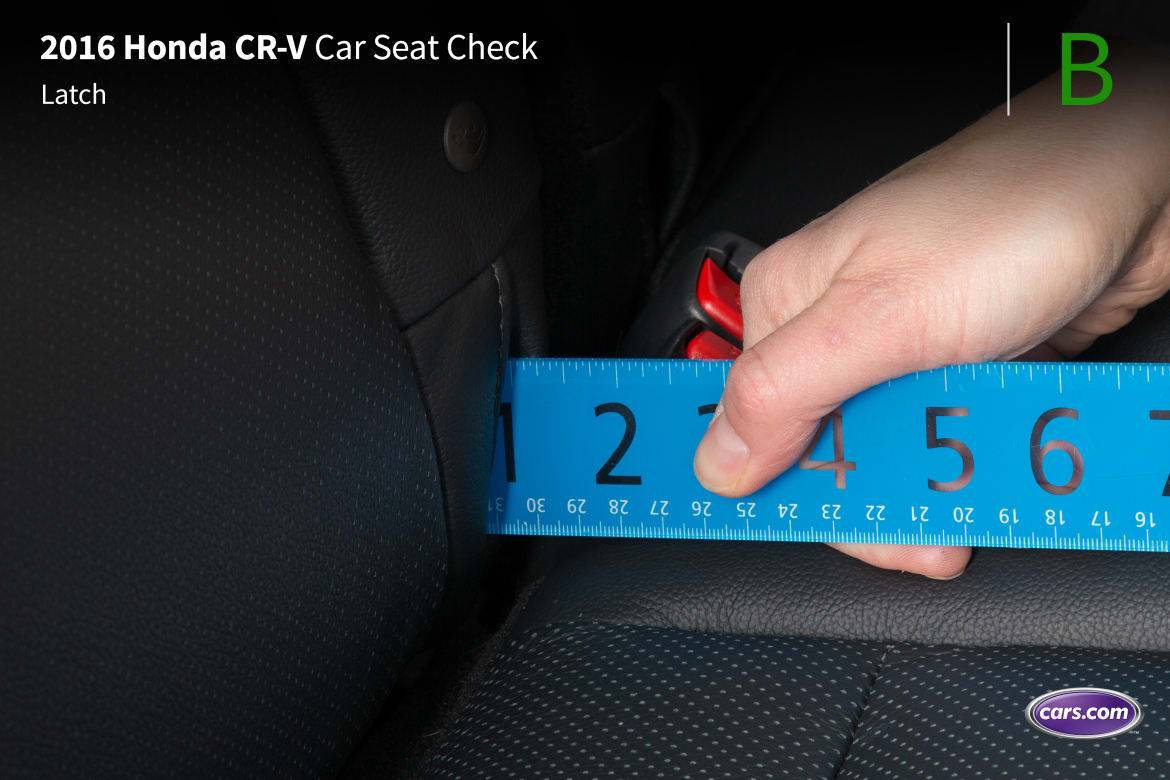 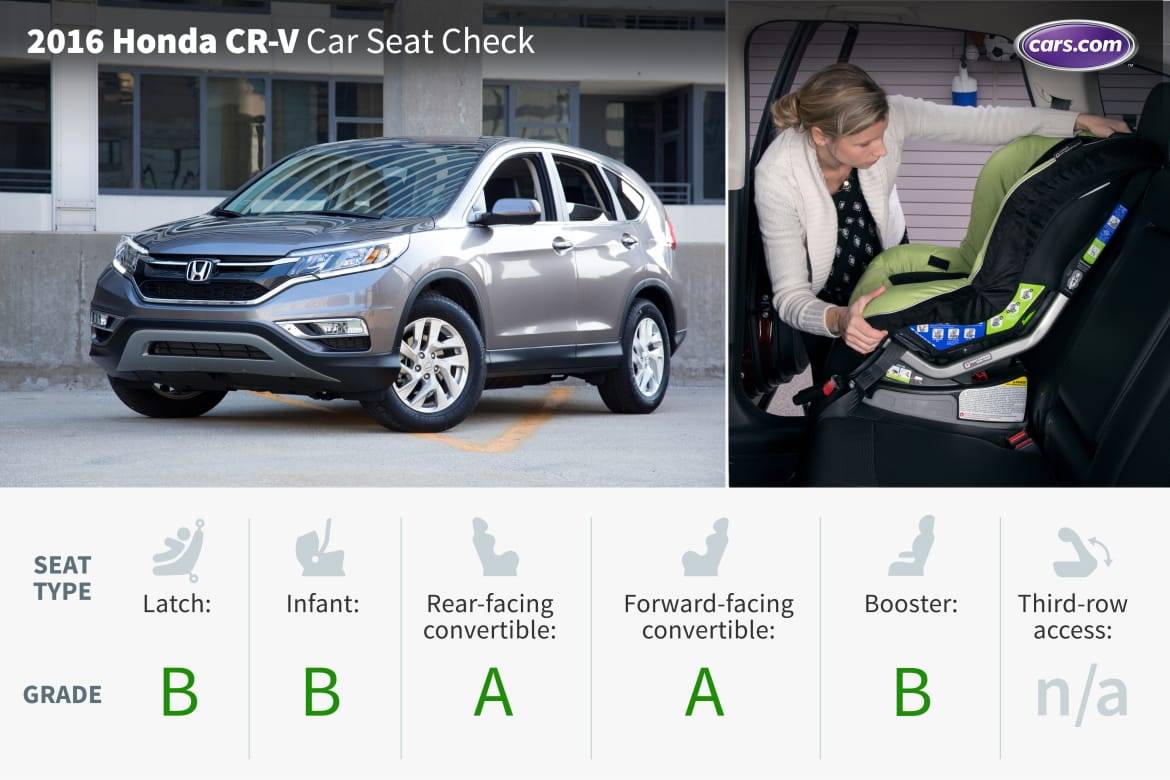 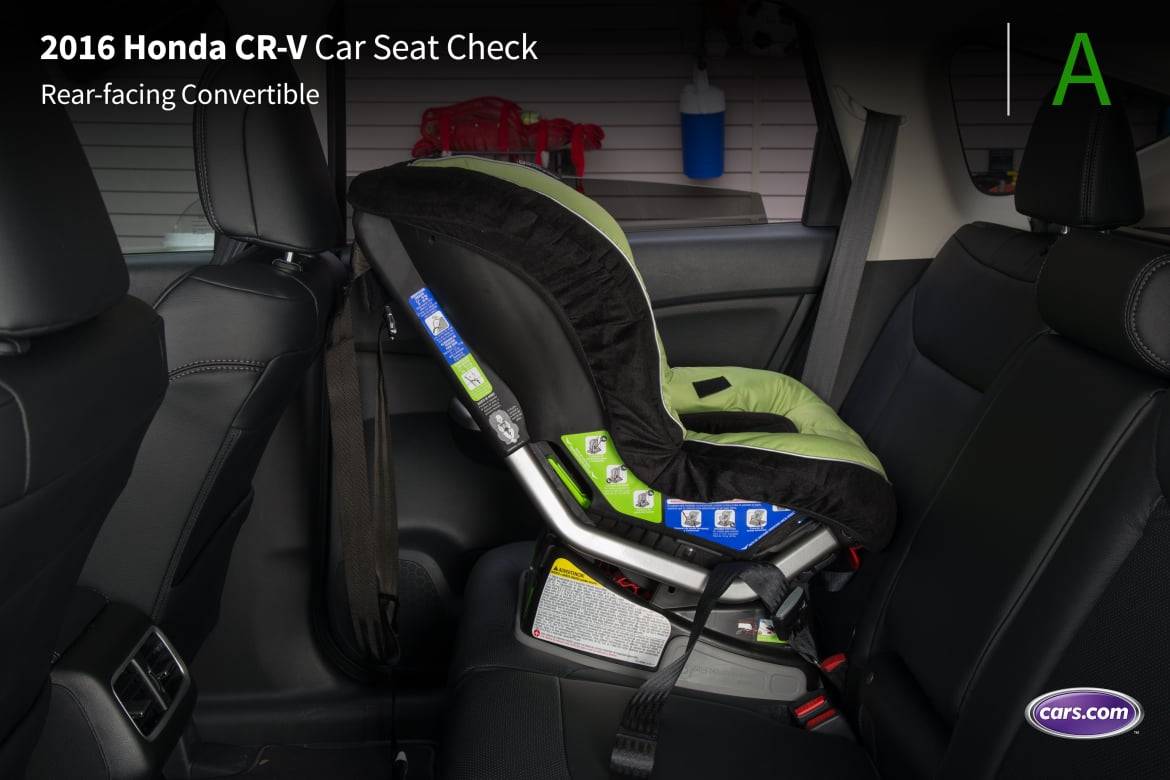