CARS.COM — When Honda redesigned its three-row Pilot SUV for 2016, the automaker added more family-friendly features, including second-row captain’s chairs. That model did well in our Car Seat Check, but we’ve been waiting to see how a Pilot with a second-row bench seat performs. The answer? Very well. The bench seat increases the Pilot’s capacity to eight passengers and its accessible anchors ease installation. Even better: Three car seats can fit on the wide, flat second row.

How many car seats fit in the second row? Three, but we used a seat belt to install the middle car seat because the middle position’s Latch anchor placement pushed the seat too far to one side. 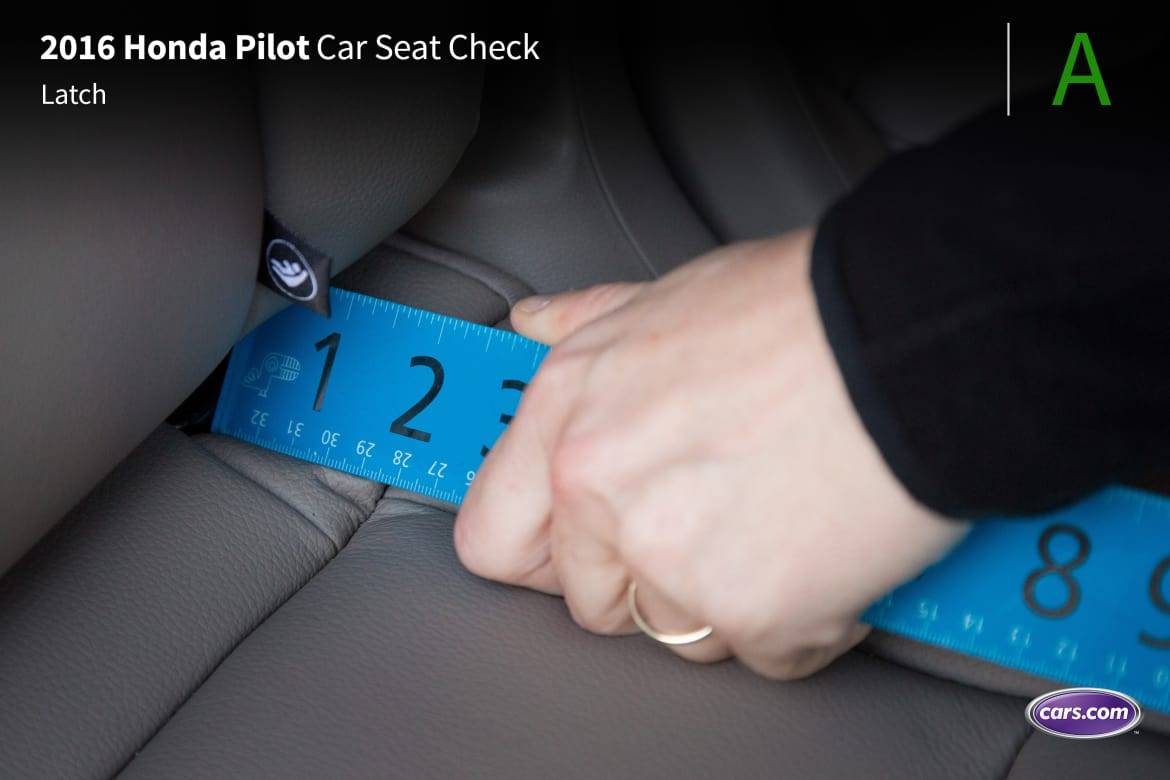 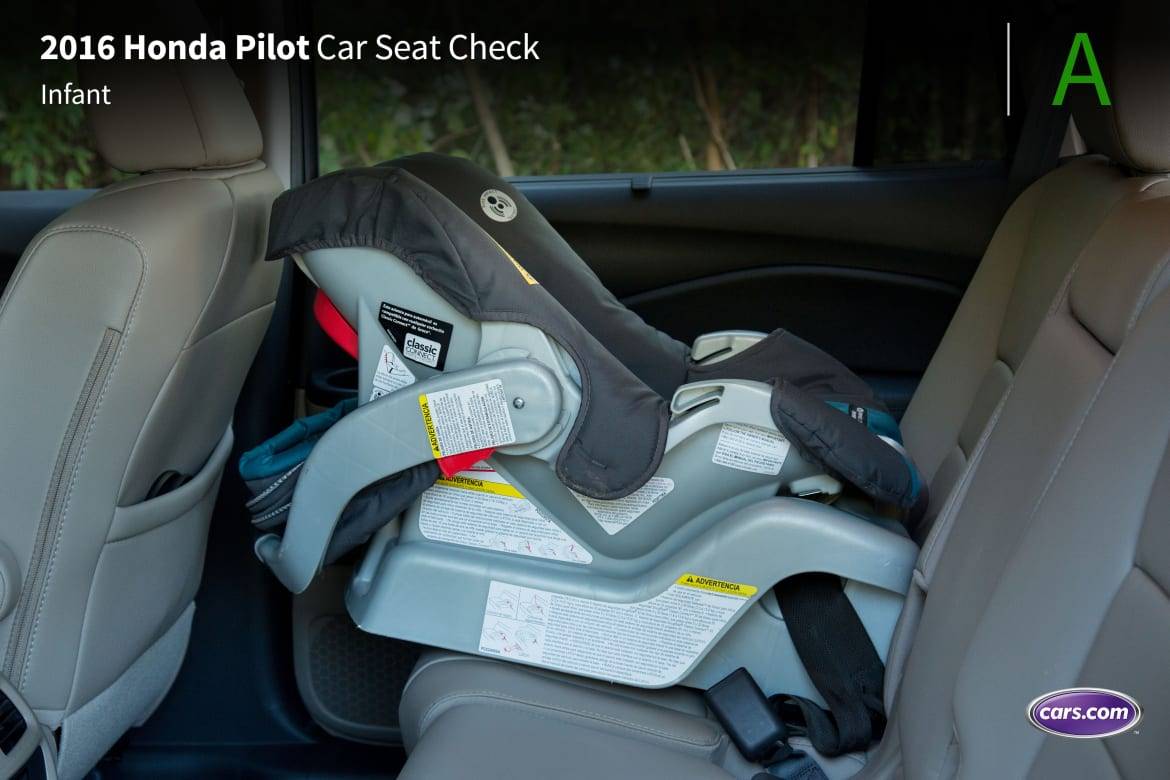 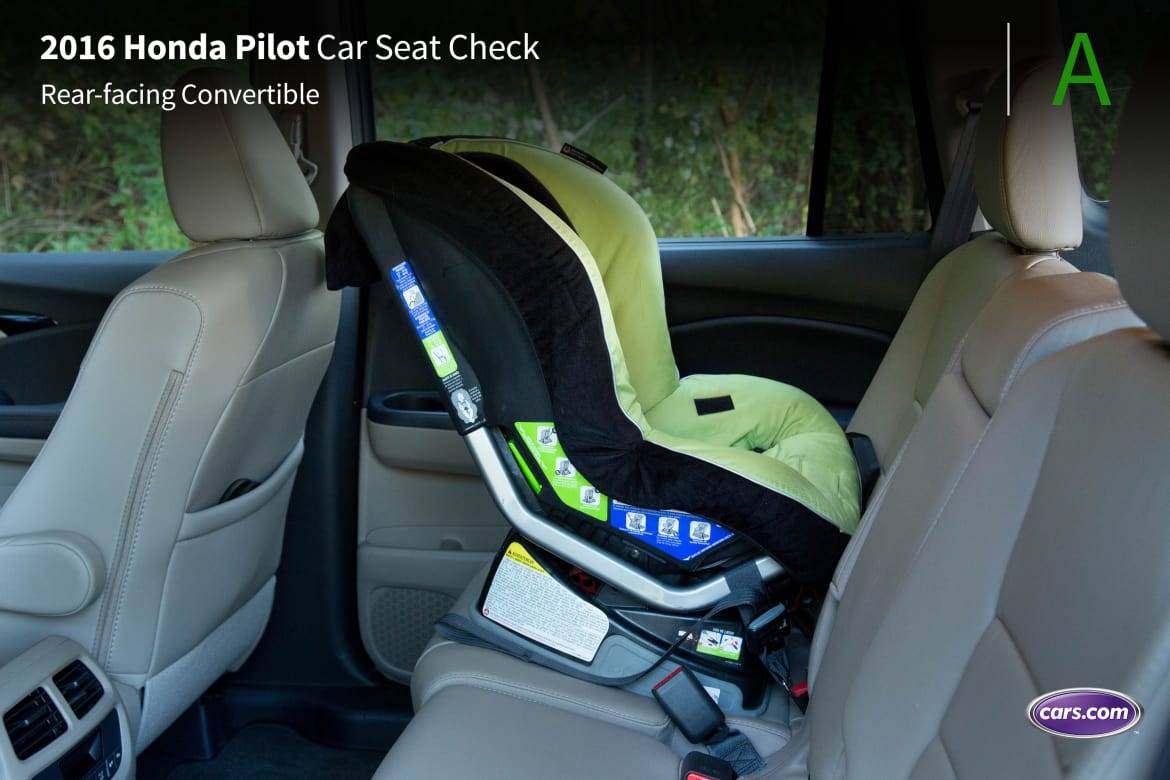 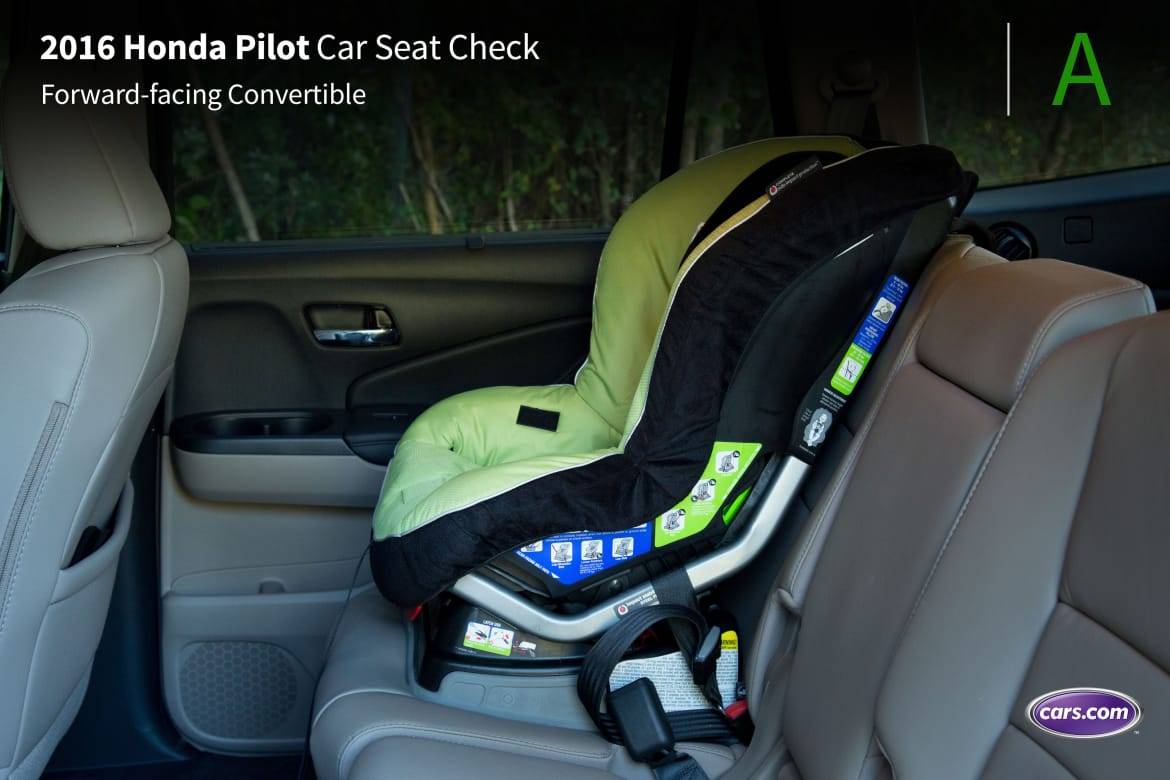 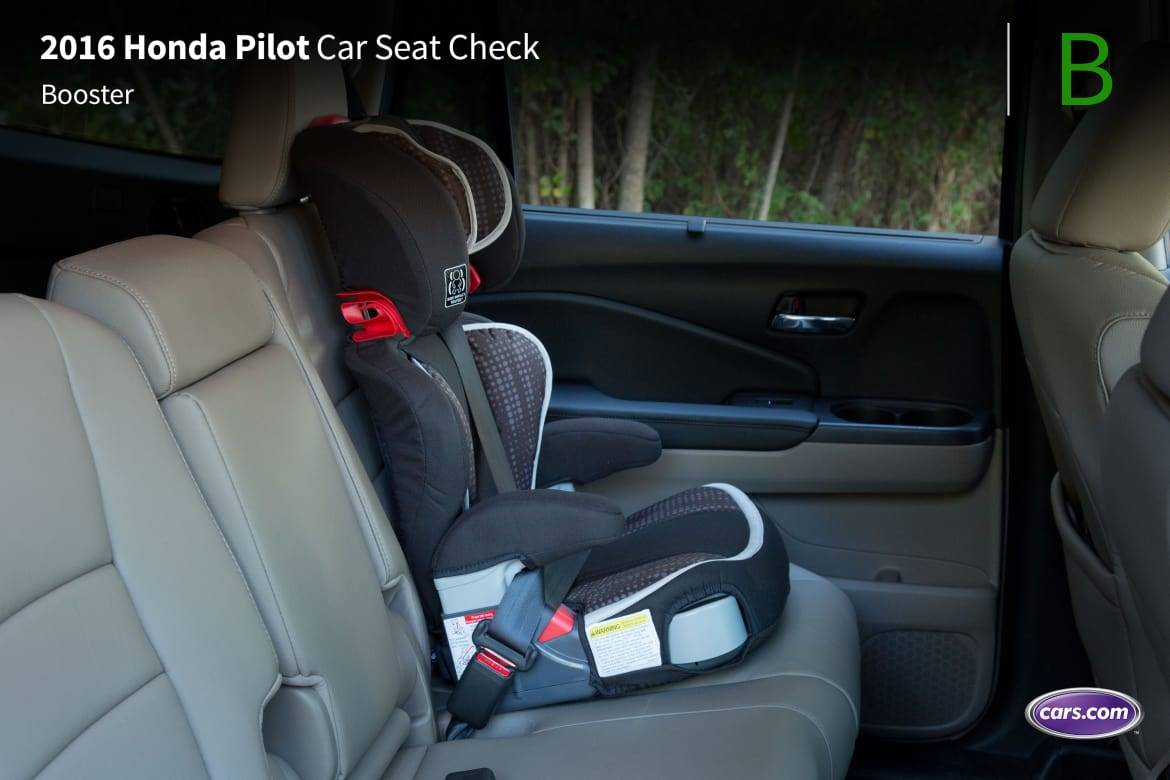 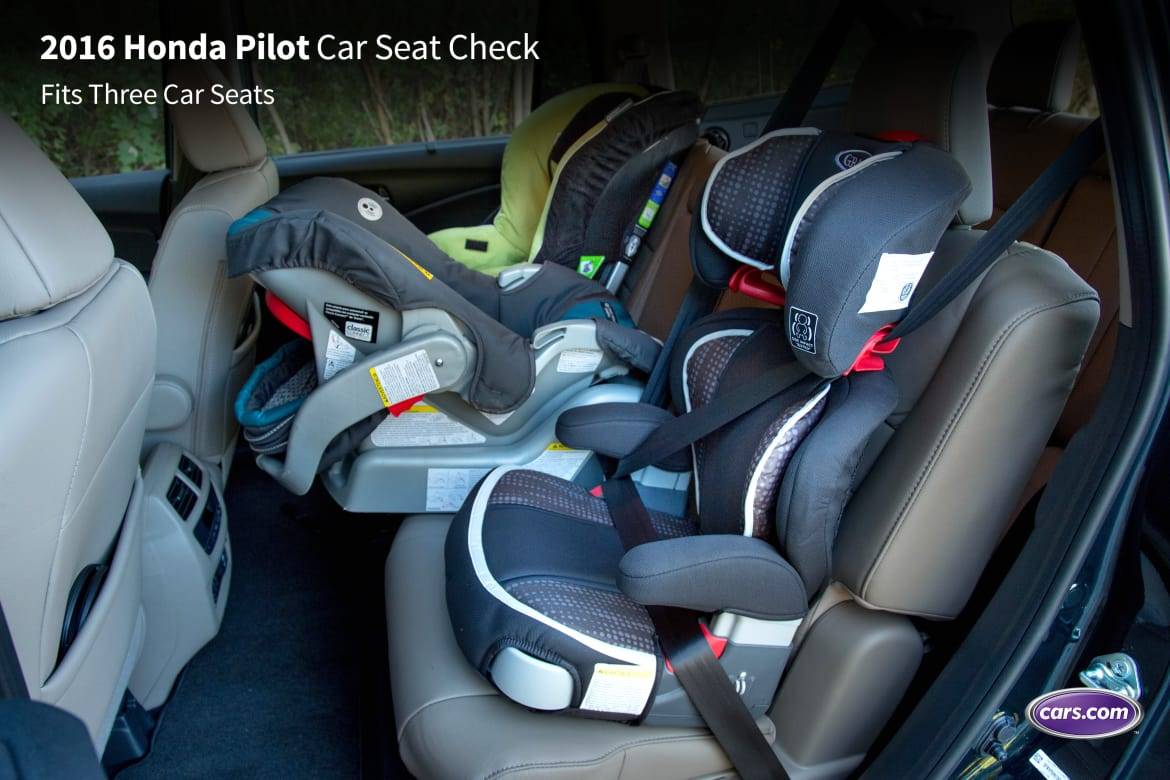 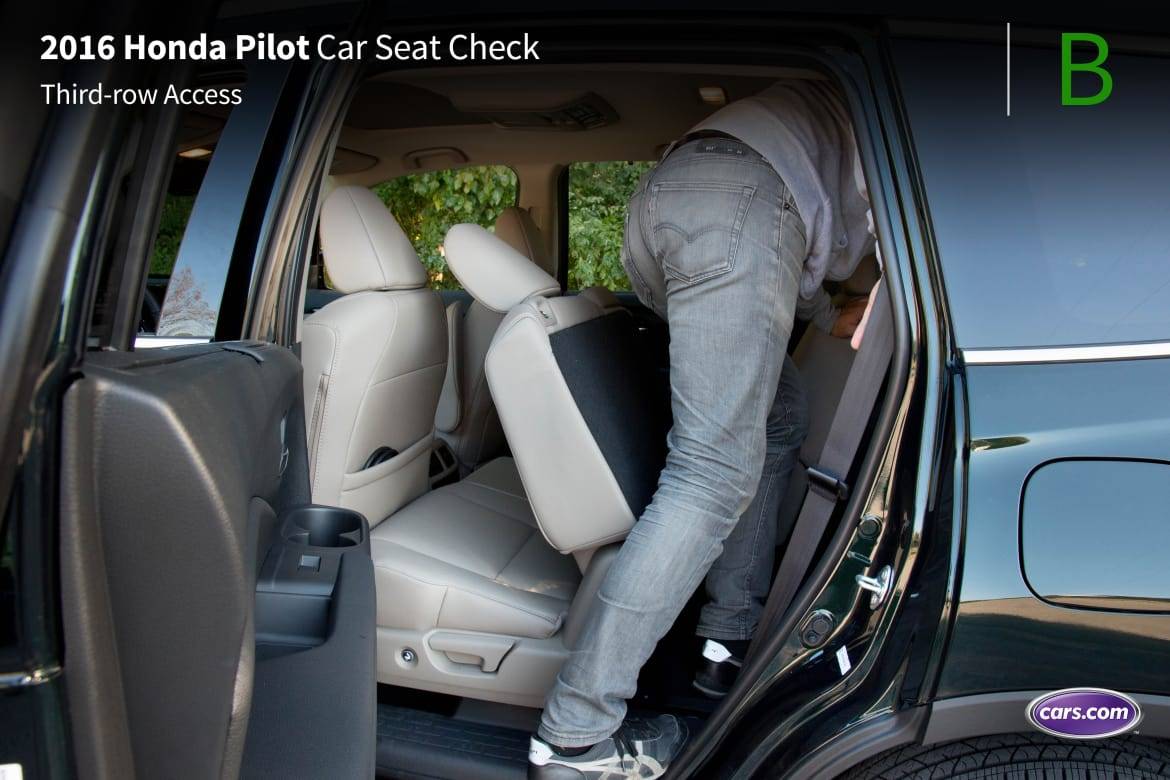 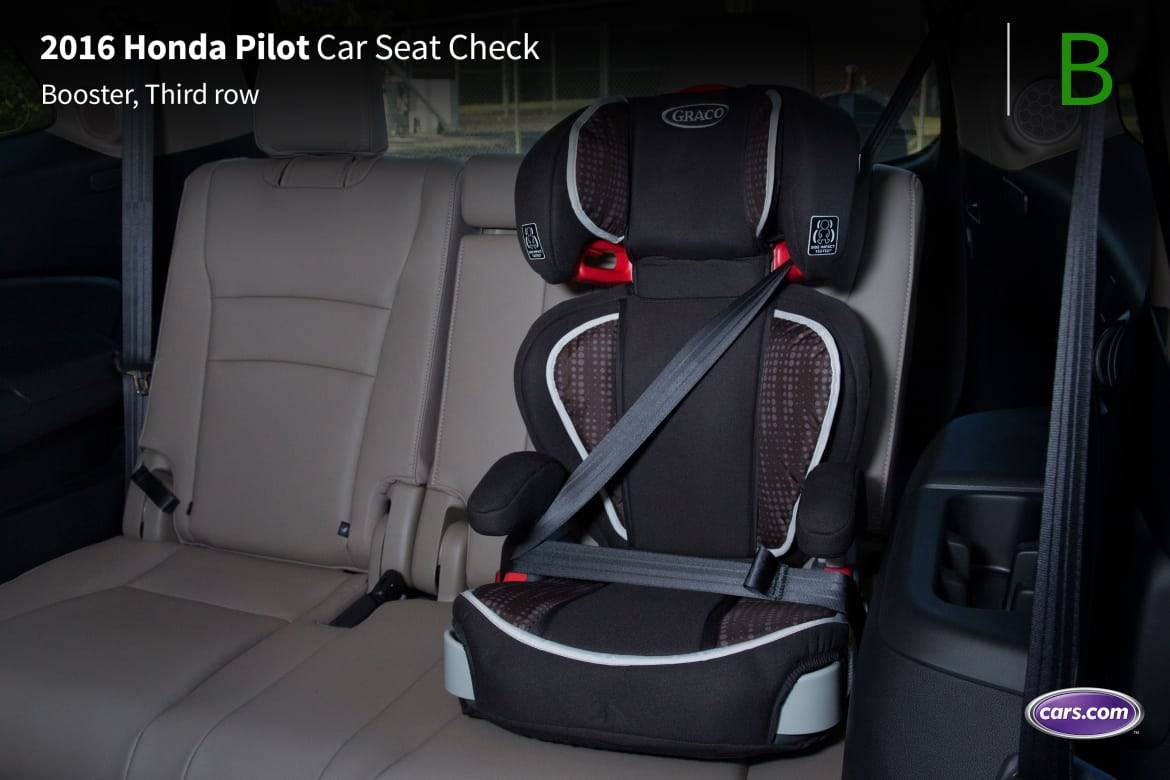 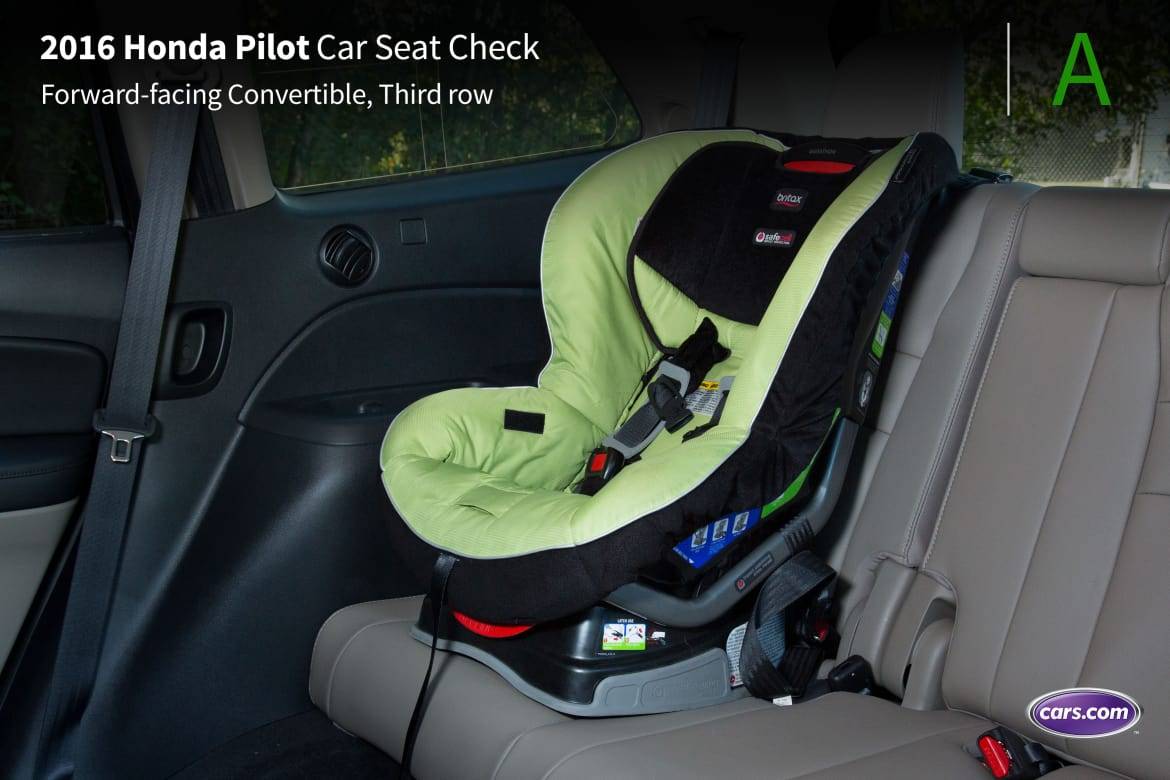 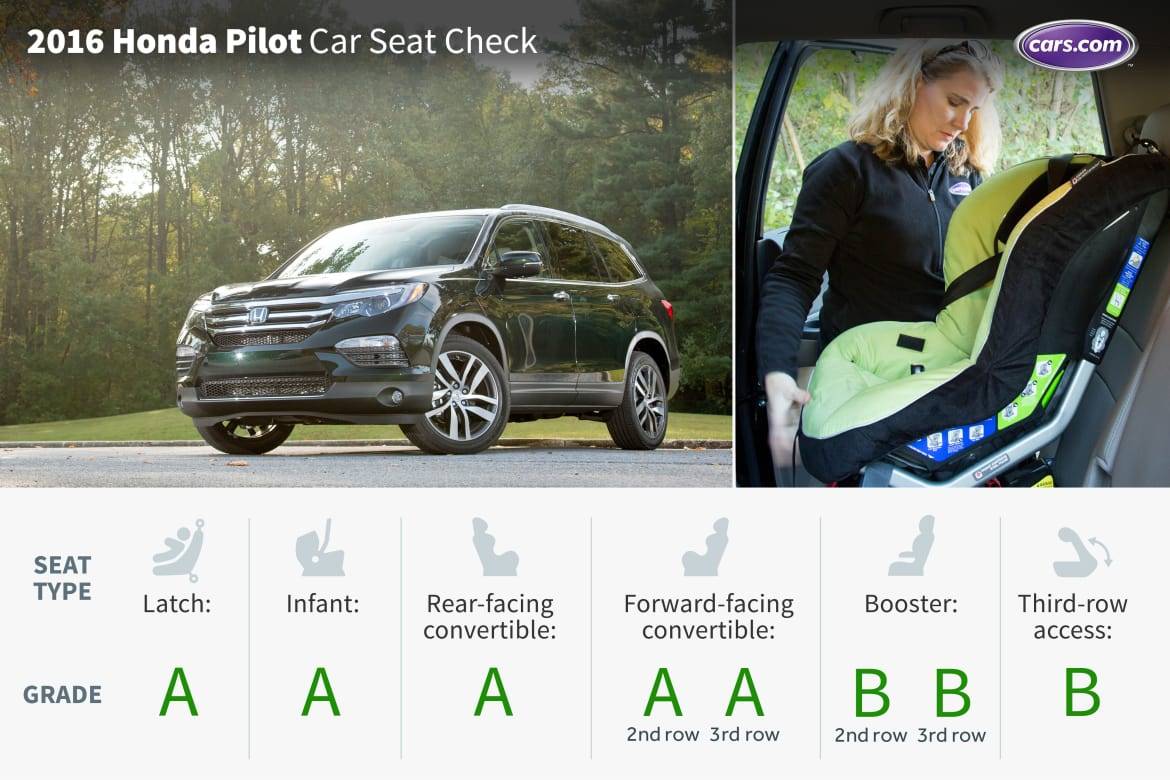