Looks like: Similar to the old Encore, with a sleeker face and mature styling

CARS.COM — Buick unveiled the refreshed 2017 Encore just ahead of the 2016 New York International Auto Show; the subcompact SUV now offers more technology and updated styling that smooths out the front.

The Encore will be offered in five trim levels: base, Sport Touring, Convenience, Leather and Premium.

The Encore keeps its high-walled, short overhang proportions and adds a sleeker face. Up front now sits the latest version of Buick’s corporate grille with its updated tri-color logo. The cladding around the fog lights and lower front bumper has been reduced. Higher trim levels will get new all-LED headlights; the daytime running lights and fog lights will be LEDs as well. The 18-inch wheels feature a new design, and three new exterior colors are available.

Perhaps the most interesting change for 2017 is no more portholes on the Encore’s front fender or the hood. It’s a change for the better, in my opinion.

The dashboard has been redone with a new standard 8-inch touch-screen now sitting lower on the center console than last year’s screen, which was mounted almost on top of the dashboard. This makes it a bit easier to reach from the driver and front passenger seats. Android Auto and Apple CarPlay also make an appearance for 2017 as a part of Buick’s IntelliLink infotainment system.

The Encore’s engines carry over from the 2016 model: a 138-horsepower, turbocharged 1.4-liter four-cylinder or an optional 153-hp, turbo 1.4-liter four-cylinder. Both are mated to a six-speed automatic transmission. Front-wheel drive is standard; all-wheel drive is available. The optional turbocharged engine adds direct injection and stop-start technology; it is available on all trim levels except the base trim.

Updated EPA fuel-economy estimates will be released at a later date, Buick says.

Keep an eye out for the refreshed 2017 Encore to arrive at dealerships in fall 2016. 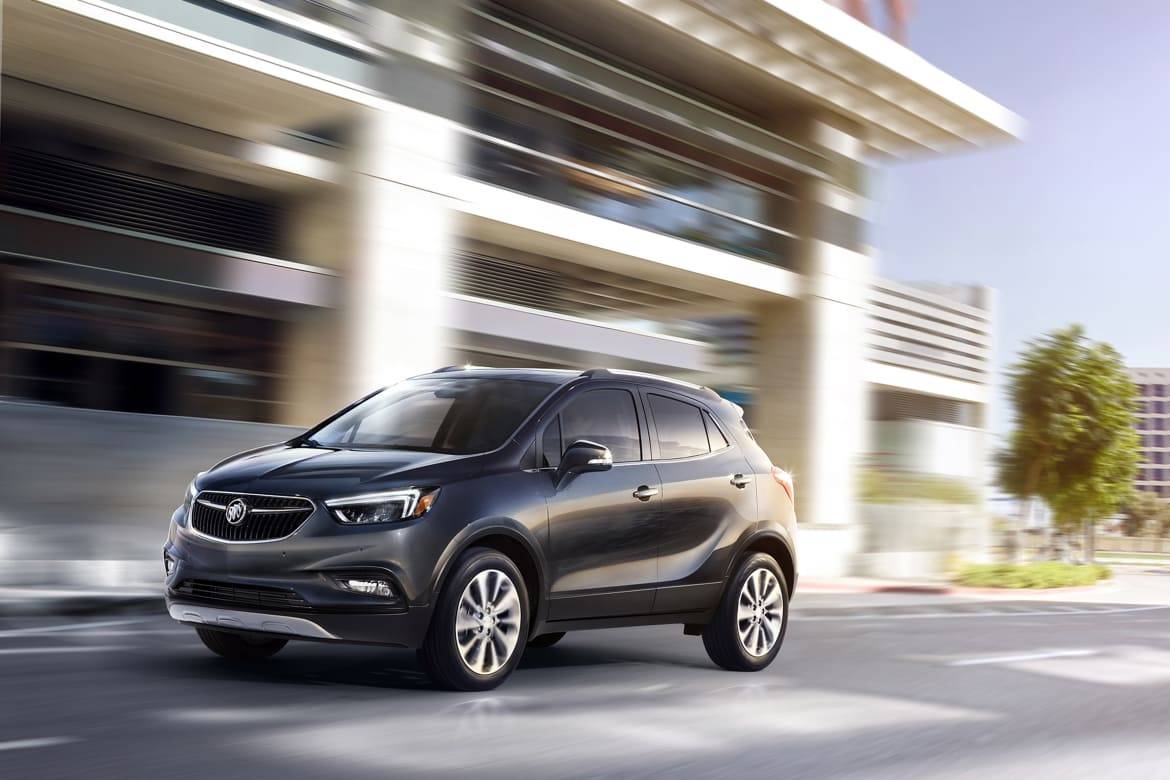 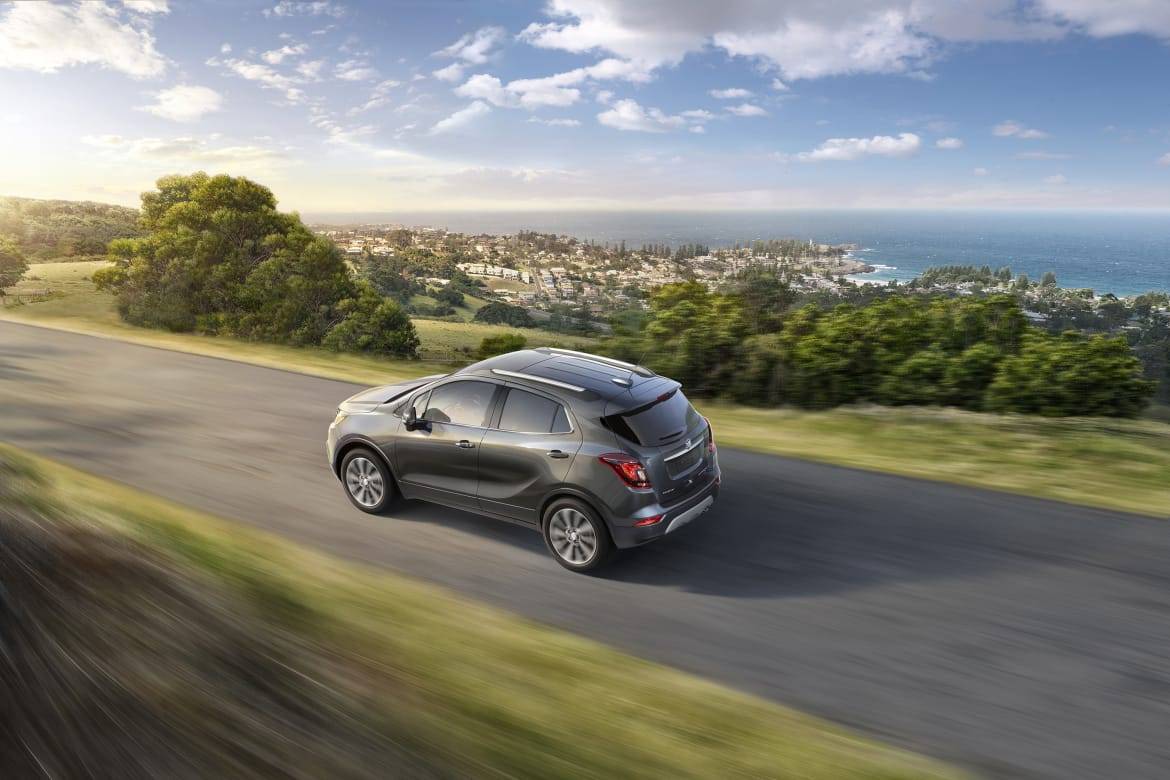 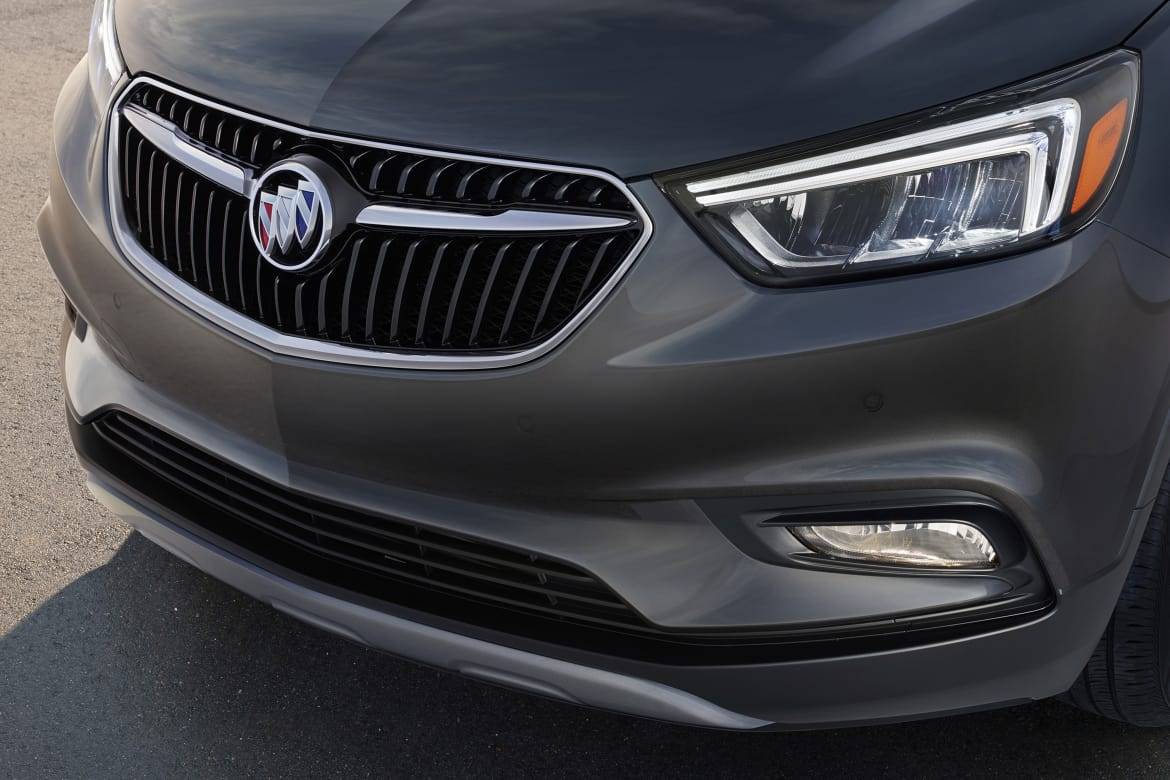 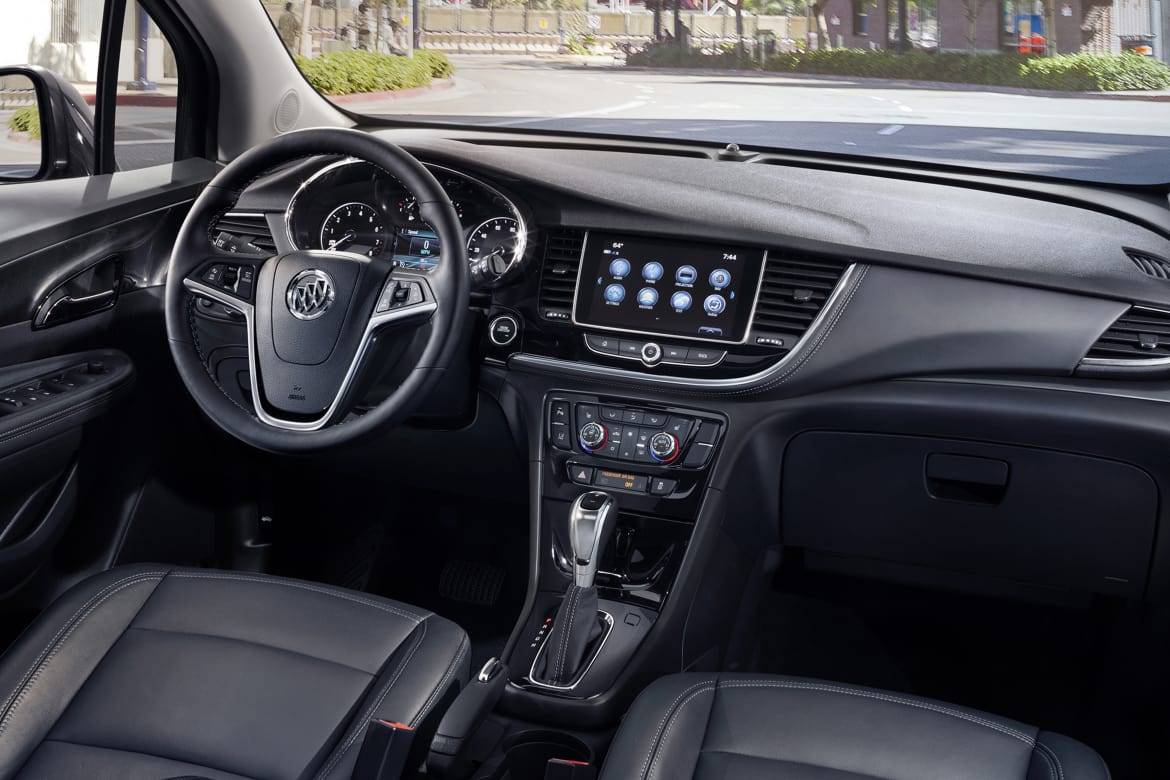 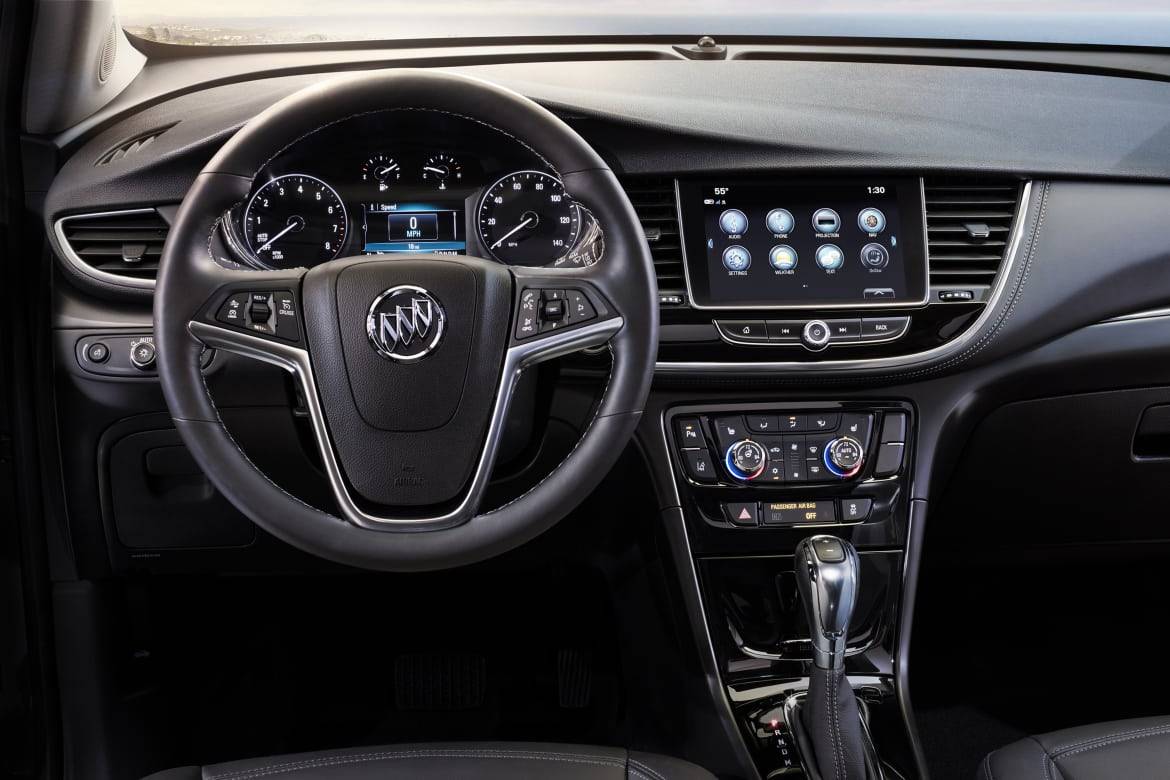