Chevrolet is keeping the Camaro’s performance train rolling with a new 640-horsepower, supercharged 2017 Camaro ZL1, announced just a month after the automaker unveiled the 1LE handling package on the Camaro LT and SS trim levels. Based on the redesigned 2016 Camaro, which rides on a smaller, lighter and stiffer chassis, the ZL1 returns to the lineup weighing 200 pounds less than its model-years 2012 to 2015 predecessor. It’s also got 60 more horsepower, 80 more pounds-feet of torque and a new  available ten-speed automatic transmission.

Related: Do a Hot Lap With Us in a 2017 Chevrolet Camaro ZL1

Chevrolet said the ZL1’s exterior package was honed with more than 100 hours of wind tunnel testing to develop the super-Camaro’s cooling and aerodynamic airflow. A larger lower grille opening increases airflow over the standard SS, while the upper grille wears a hollowed-out Chevrolet badge for additional airflow to the cooling systems. On the previous track-focused 2015 Camaro Z/28, Chevrolet found that the hollow badge lowered engine coolant and oil temperatures by 2 degrees Fahrenheit during extended track use.

A unique hood with a carbon fiber insert surrounding the heat extractor pulls hot air from the engine, while wider front fenders, a larger front splitter, special rocker panels and a wing-style rear spoiler are ZL1-specific and increase high-speed stability. The ZL1 rides on unique forged-aluminum 20-inch wheels with 285/35R20 Goodyear Eagle F1 Supercar tires in the front and 350/30R20 tires in the rear.

The meat of the ZL1 includes the more-powerful supercharged 6.2-liter V-8 making 640 hp and 640 pounds-feet of torque. Named “LT4,” the engine also is in the Corvette Z06; here, it makes 10 fewer horsepower and pounds-feet of torque. All 640 hp channel through a standard six-speed manual transmission or an available ten-speed automatic transmission that Chevrolet says enables the LT4 to remain at optimal rpm during acceleration and especially while exiting corners. The new ten-speed will be in eight vehicles by the end of 2018, GM says.

Chevrolet added its Magnetic Ride dampers to the SS as an option for 2016, and as with the SS 1LE the adjustable-damping suspension is standard on the ZL1, though updated specifically for the ZL1. An electronically controlled mechanical limited-slip differential also is shared with the SS 1LE as well as the Chevrolet Corvette Z51, Grand Sport and Z06. Chevrolet’s Performance Traction Management system adds even more settings for performance driving beyond a regular track mode. In other applications, PTM modes include specific tuning of the differential, Magnetic Ride control, stability and traction control, and more.

While Chevrolet says there’s no need to purchase an optional package to make the ZL1 track-ready because all the aforementioned track goods are standard — likely a dig at the Ford Mustang Shelby GT350 — pricing hasn’t been announced. Plus, rumors suggest that the GT350’s optional track-focused equipment may become standard for 2017. Either way, the two track-ready pony cars look like prime candidates to face off when the ZL1 goes on sale in late 2016. 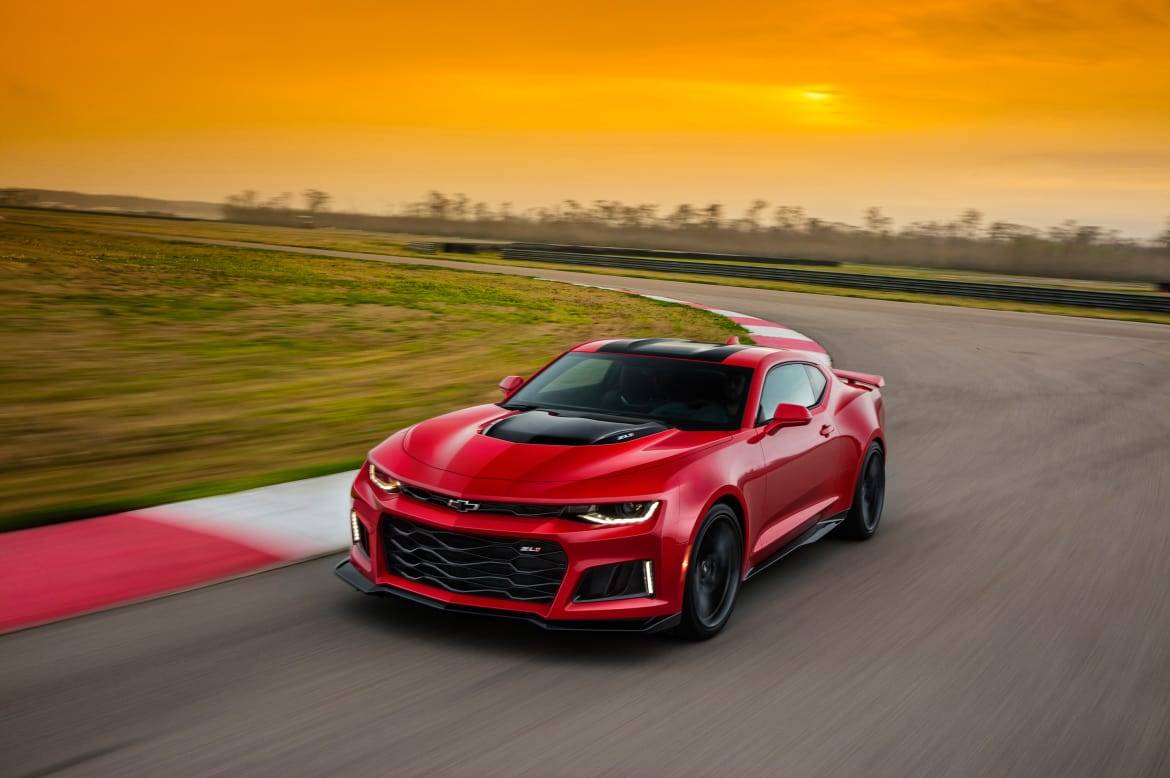 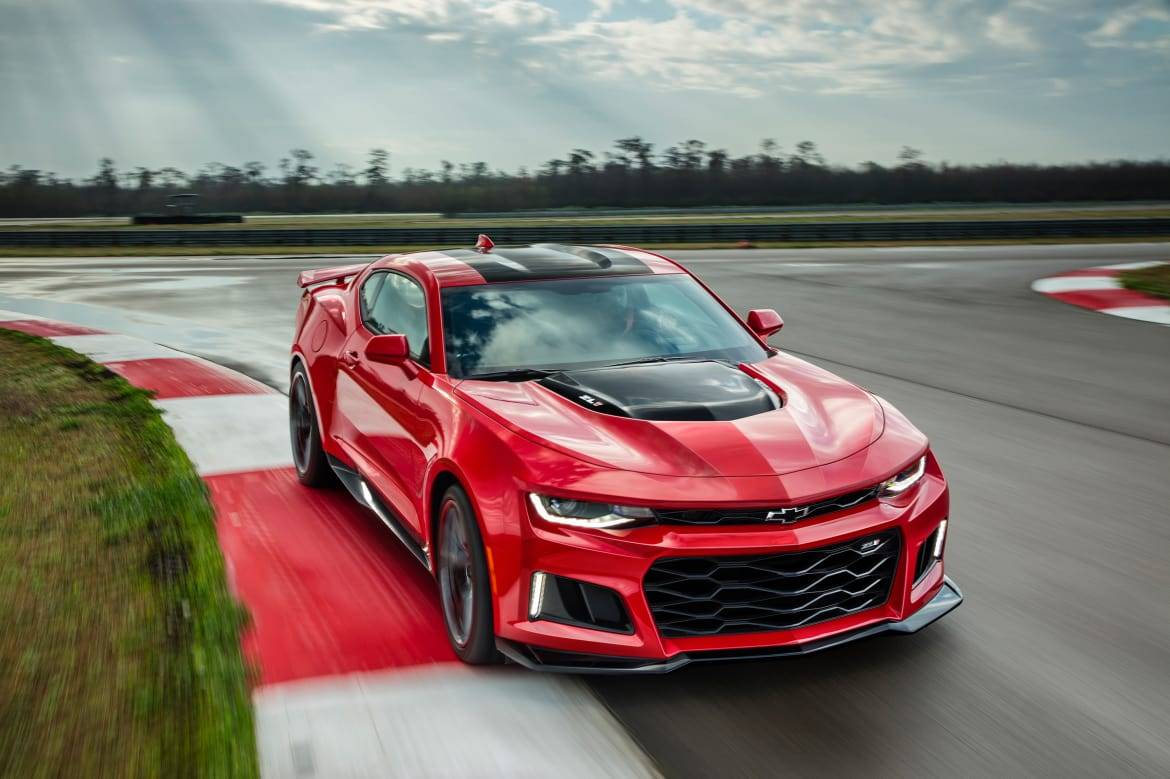 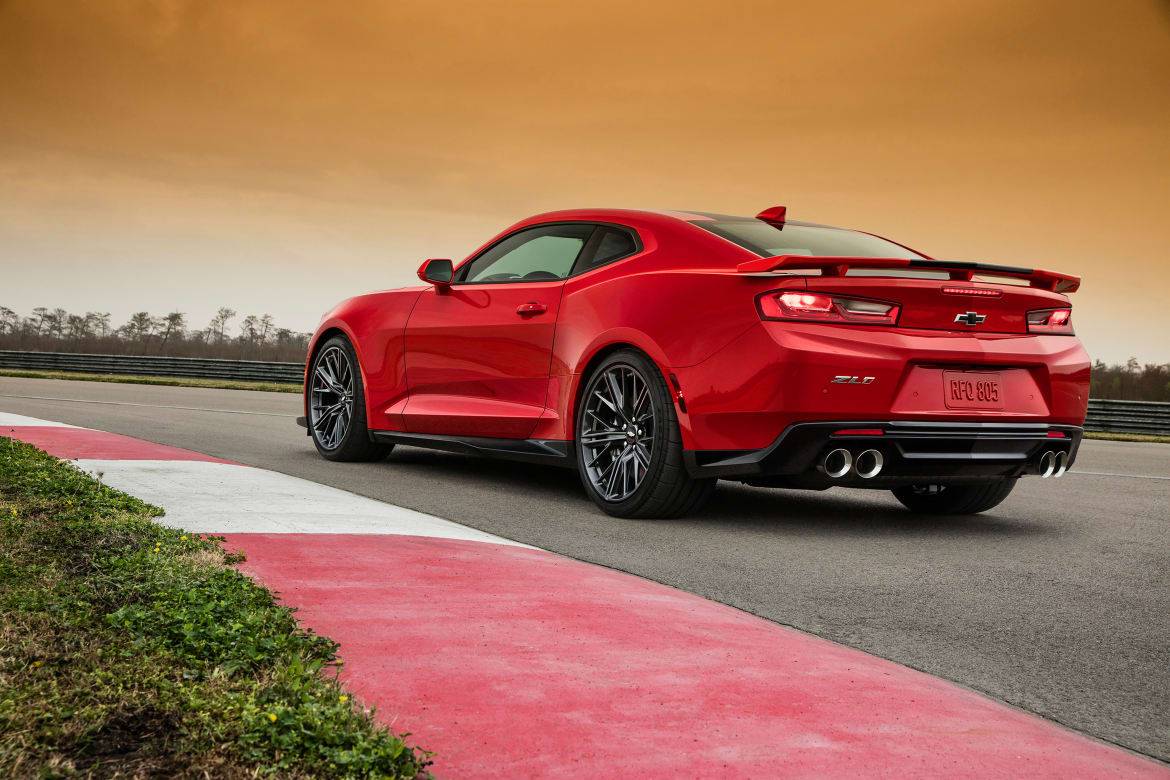 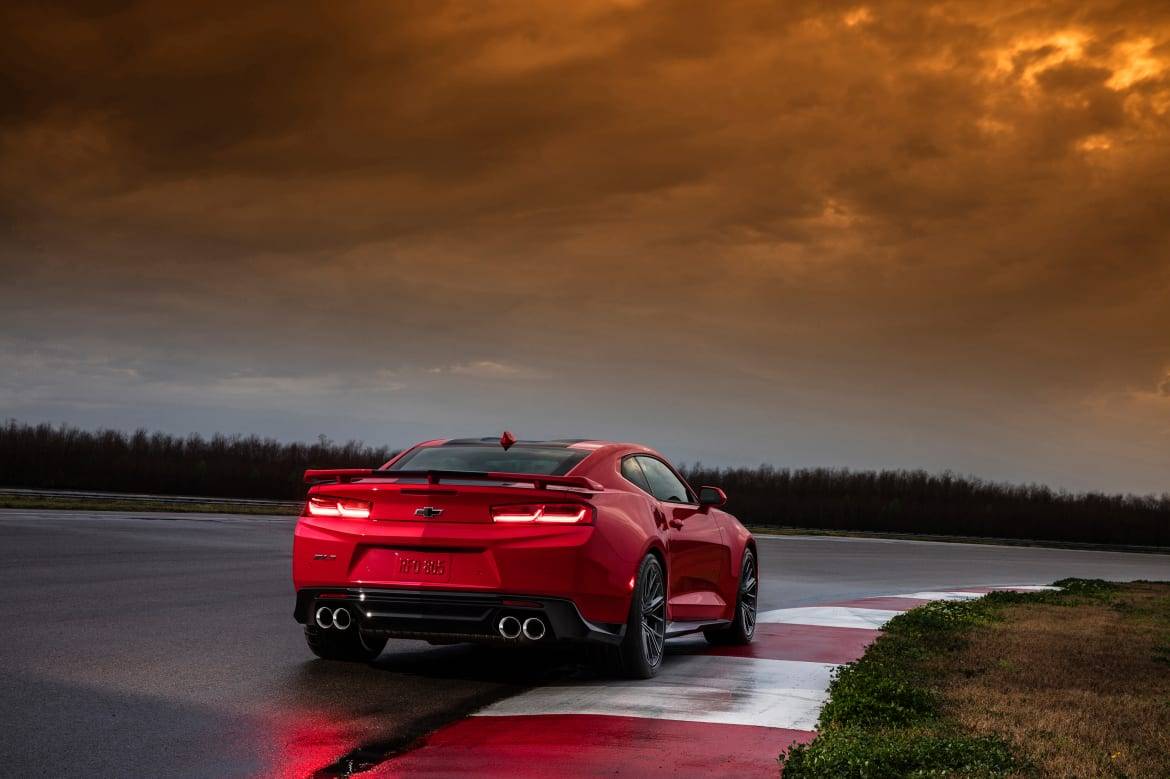 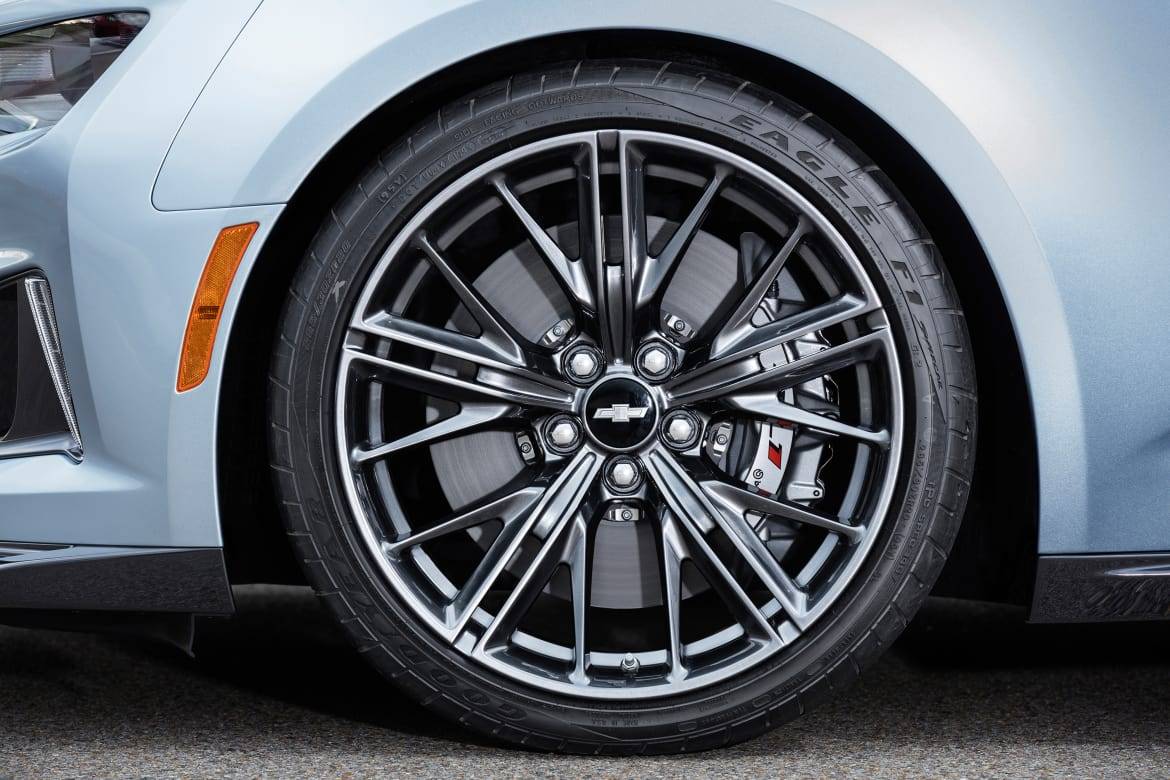 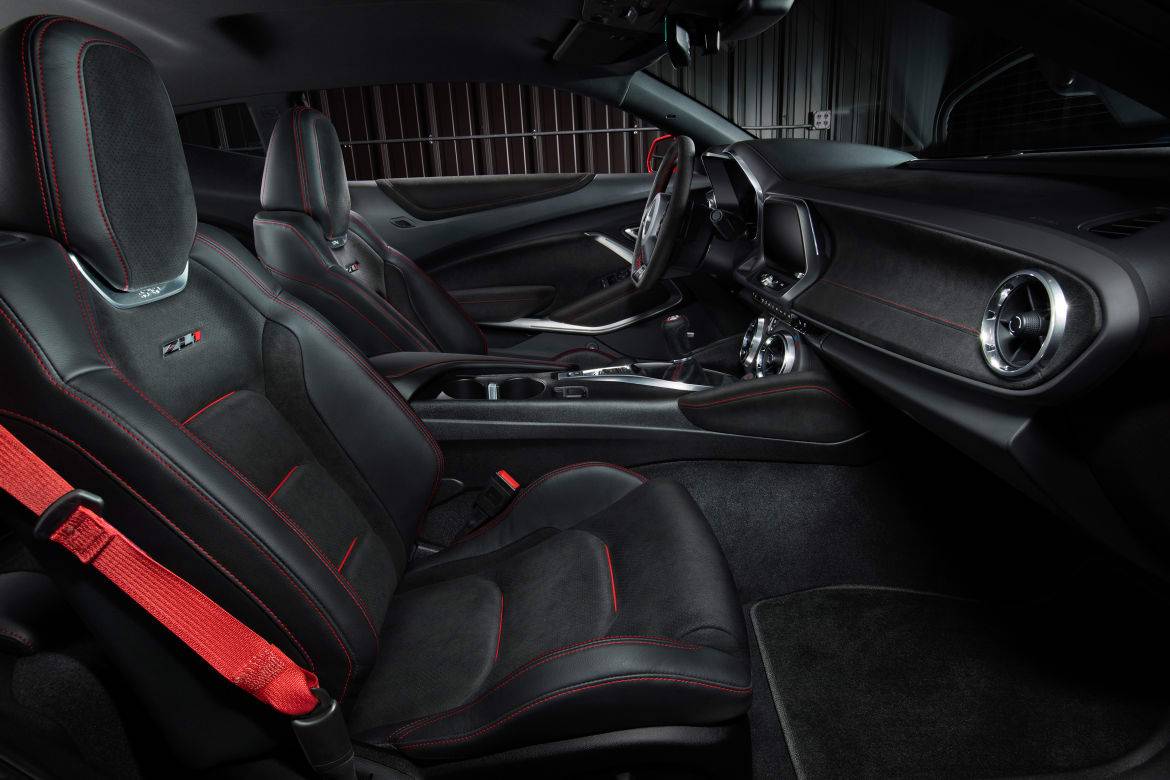 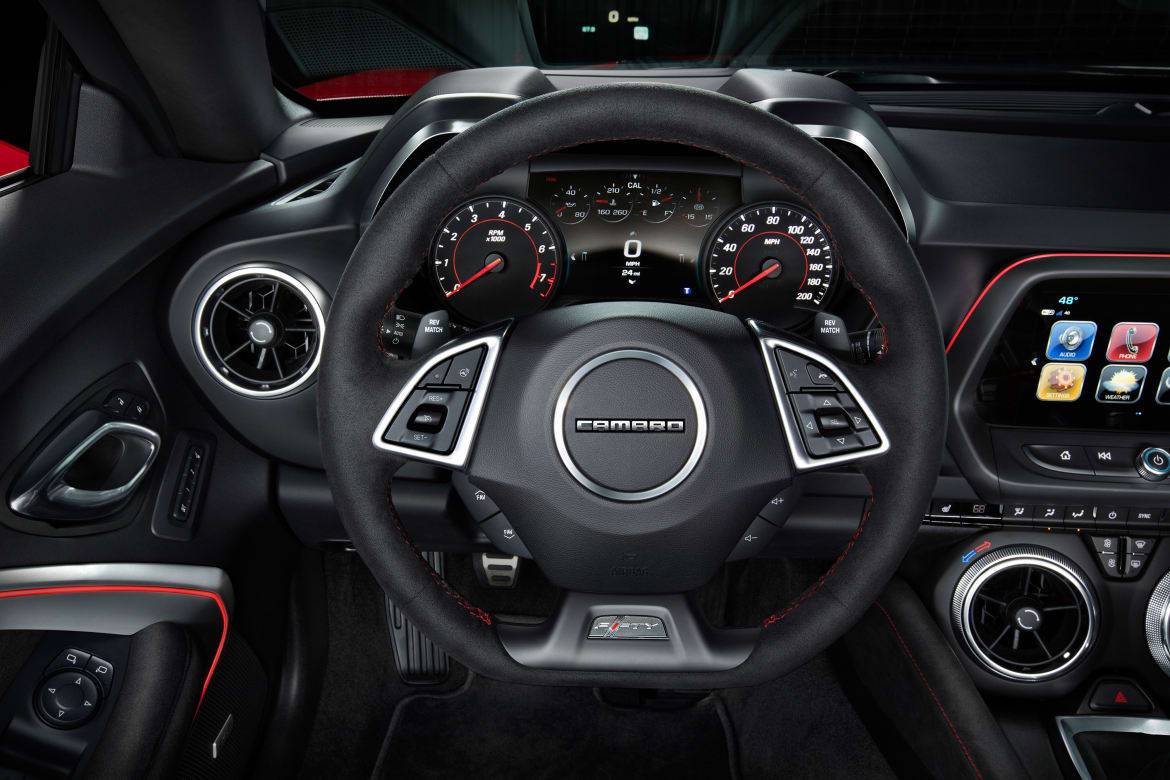 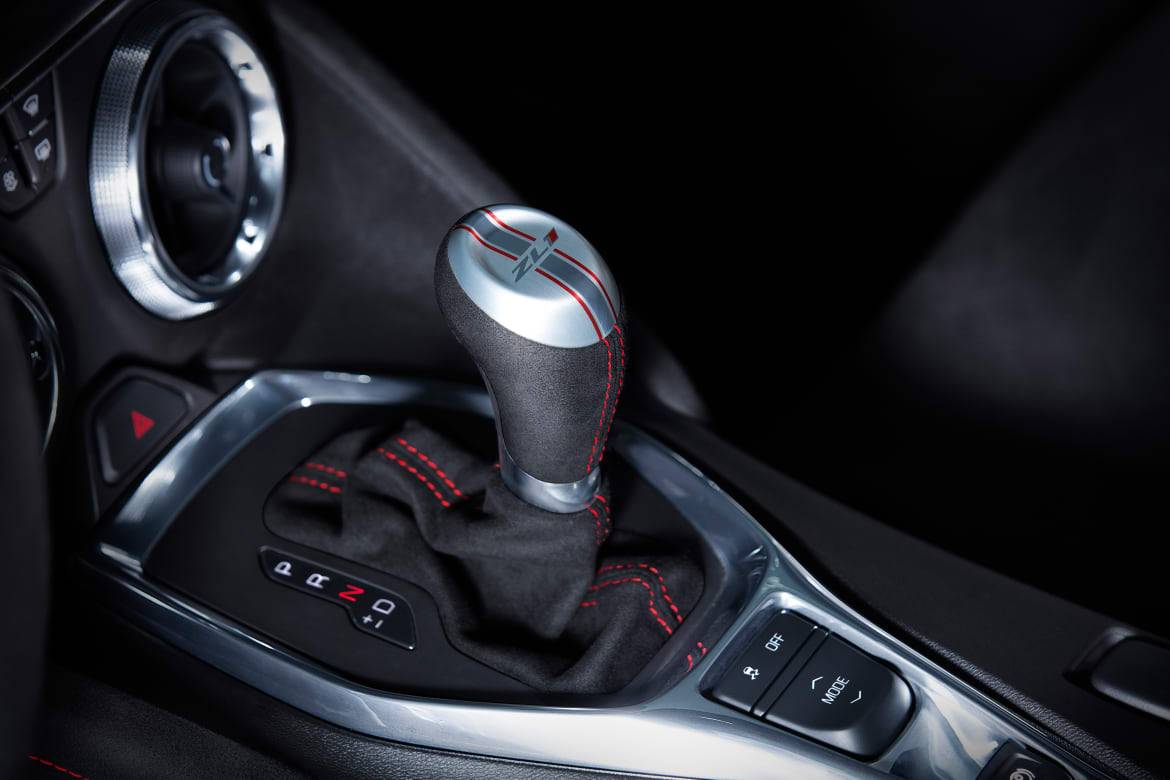 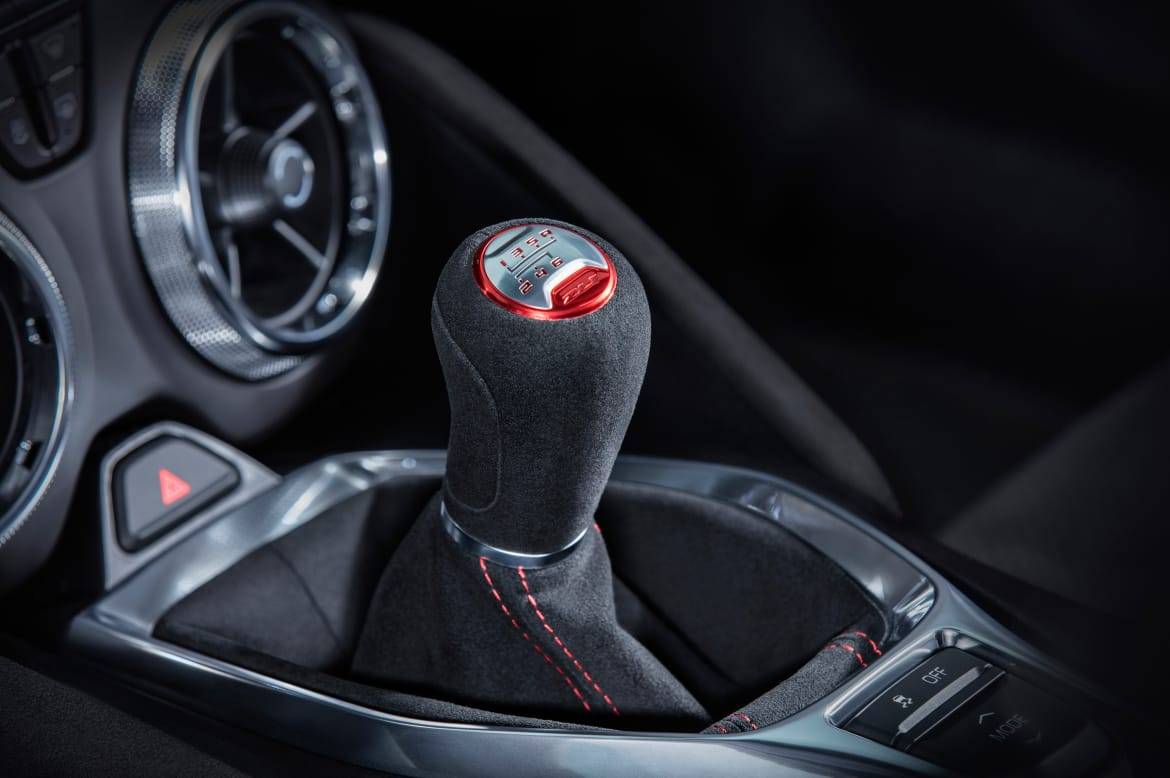 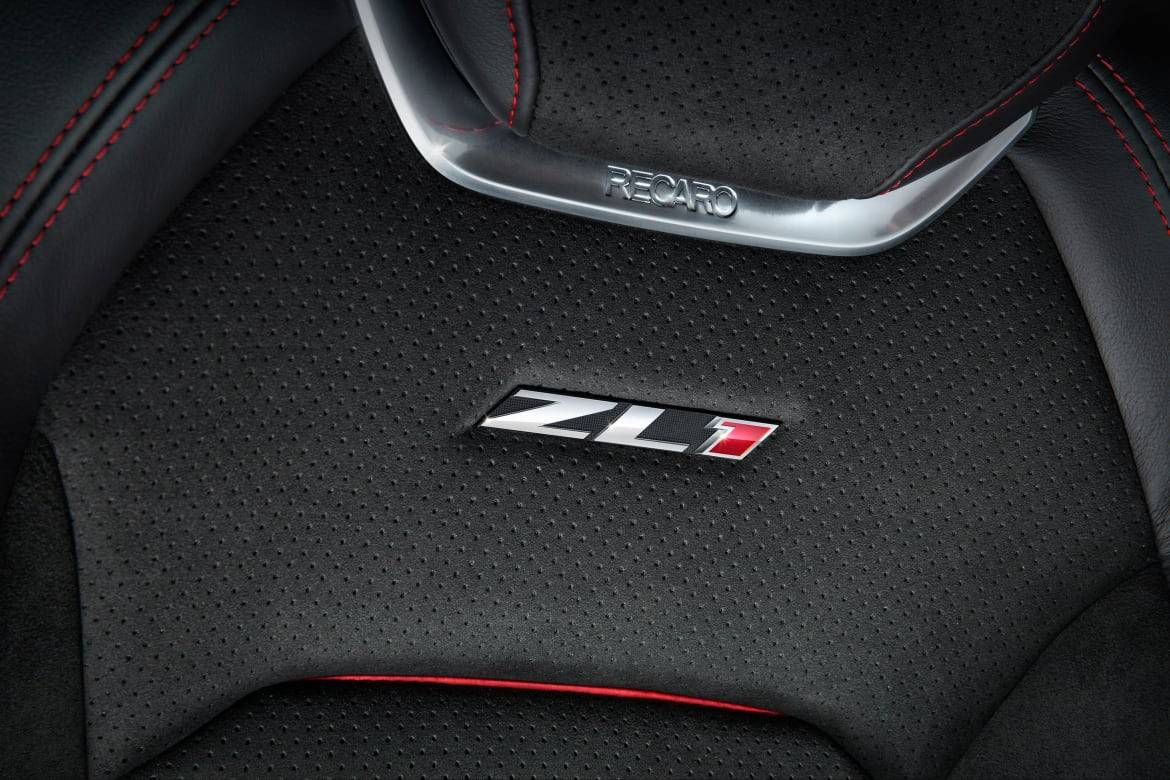