It’s an idea that we’re kind of surprised hasn’t happened sooner — a hybrid minivan. The 2017 Chrysler Pacifica Hybrid is the world’s first plug-in hybrid-electric minivan. Thanks to the lithium-ion batteries into the van’s floor, the Pacifica Hybrid allows up to 33 miles of gasoline-free motoring before its 3.6-liter V-6 kicks in.

The Pacifica Hybrid is EPA-rated at 84 mpg-equivalent and has a range of up to 570 miles on a single charge and a full tank of gas. When operating without a charge, Chrysler says that it averages 32 mpg combined. The gasoline-powered Pacifica with stop-start technology gets 19/28/22 mpg city/highway/combined.

In a 241-mile test drive from Ann Arbor, Mich., to the Cars.com mothership in Chicago (of which 30 miles were electric-only) the Pacifica Hybrid garnered an observed mileage of 27.6 mpg — accomplished with the cruise control set at 75 mph. The Pacifica Hybrid’s mileage from that trip is almost exactly what a conventional Pacifica is rated to achieve on the highway. So, it doesn’t seem as if the hybrid system really does much to improve highway mileage at all, but what about around town?

If you drive 30-40 miles a day, mostly around town and minimize your highway use, you might never really dig into the Chrysler Pacifica’s hybrid gas engine. Around town, I achieved an observed 45 mpg while driving more than 150 miles. That’s a phenomenal achievement in fuel economy for a full-size, seven-passenger minivan. To get this higher mileage, I kept speeds below 50 mph, drove in stop-and-go traffic, charged up the Pacifica Hybrid when I got home, and maximized regenerative brake use by slipping the transmission into Low instead of Drive.

The Pacifica Hybrid will go 33 miles on an electric charge, but not at highway speeds. During my drive to Chicago, the battery charge dropped to nearly empty levels at 26 miles and highway speeds. In real-world stop-and-go traffic — which gives an EV the ability to recoup some of its energy through regenerative braking — I saw a driving range greater than 33 miles.

There’s no way to specify that you only want electric power and not fuel in the Pacifica Hybrid. The onboard V-6 will fire up as needed, either to warm the car, power the air conditioning, or provide a little extra oomph on the highway or when accelerating hard. If you can keep your right foot light, you’ll keep it in electric mode on your own.

Once the batteries had been depleted, the V-6 went to work — but not by itself. The Pacifica Hybrid actually prefers to use the electric motors as much as possible, even when the battery is depleted. Slow-speed cruising around parking lots or accelerating away from a stop is still done in electric mode, with the V-6 kicking in quickly afterward to put a little charge back into the batteries for the next stoplight takeoff.

Plug in the Pacifica Hybrid vehicle with an empty battery and a full charge will reportedly take you two hours on a Level 2 (240-volt) system, but that’s only if the charger is fairly new. It routinely took four hours to charge the Pacifica Hybrid at my home, likely due to the 20-amp circuit my charger is mounted on.

There are some trade-offs to the Pacifica Hybrid. The biggest downside is that the hybrid batteries don’t allow for Chrysler’s novel Stow ‘n Go seating, so the second-row captain’s chairs have to be physically removed if you need the whole cargo area for something bulky. That’s not an easy job given the seats’ prodigious bulk. But if you can live with this inconvenience, Chrysler’s new electric spaceship is a fantastically efficient around-town family hauler. 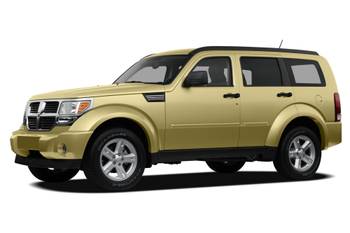 How Many Years is 72 Months? (For Most Car Shoppers, Too Many)
More From Cars.com