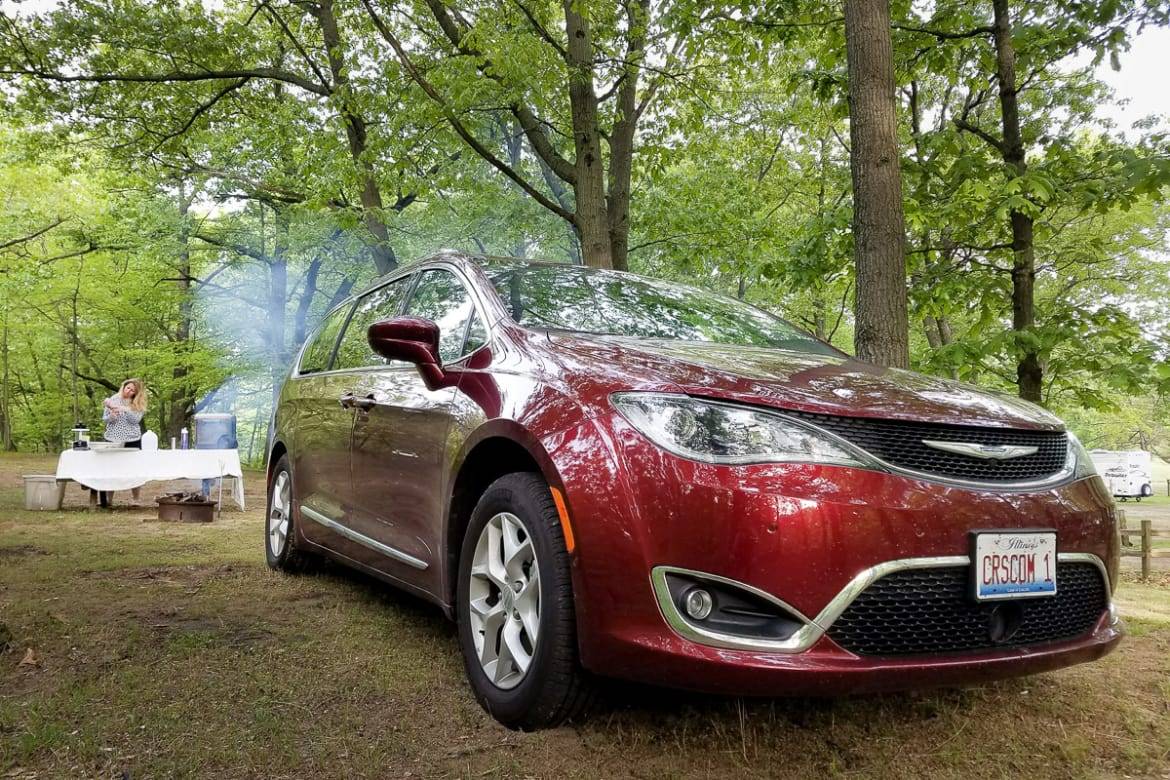 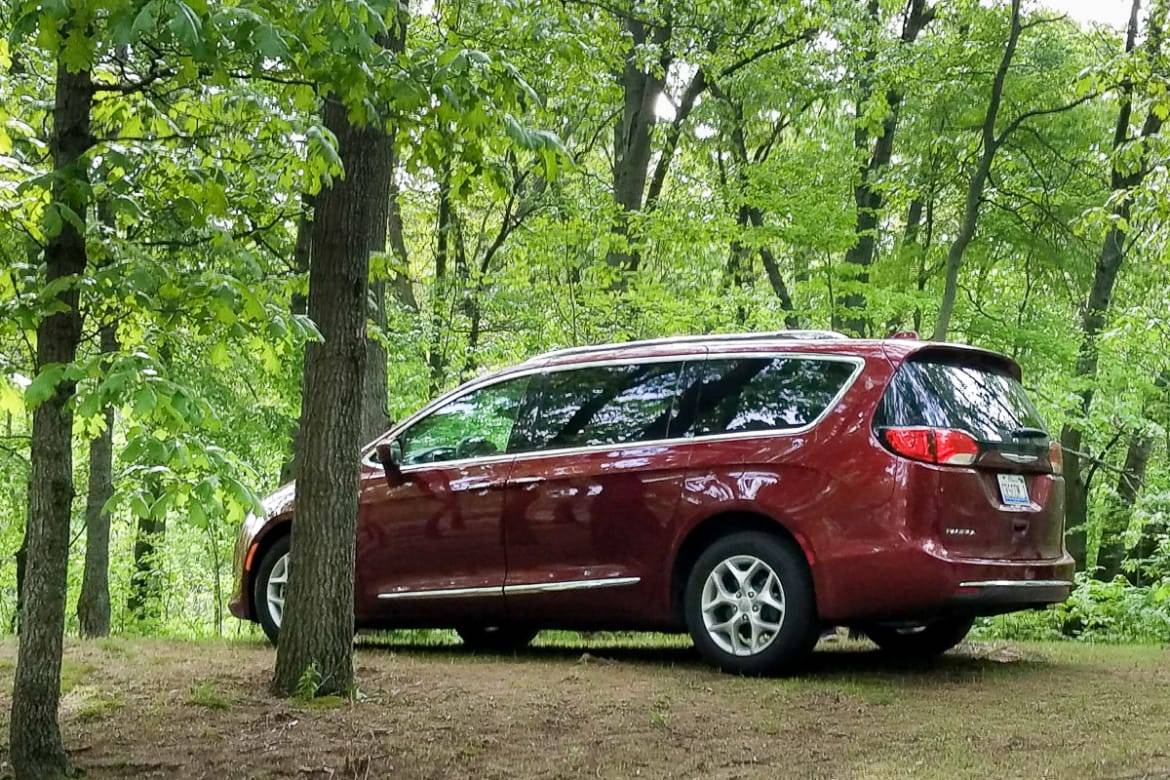 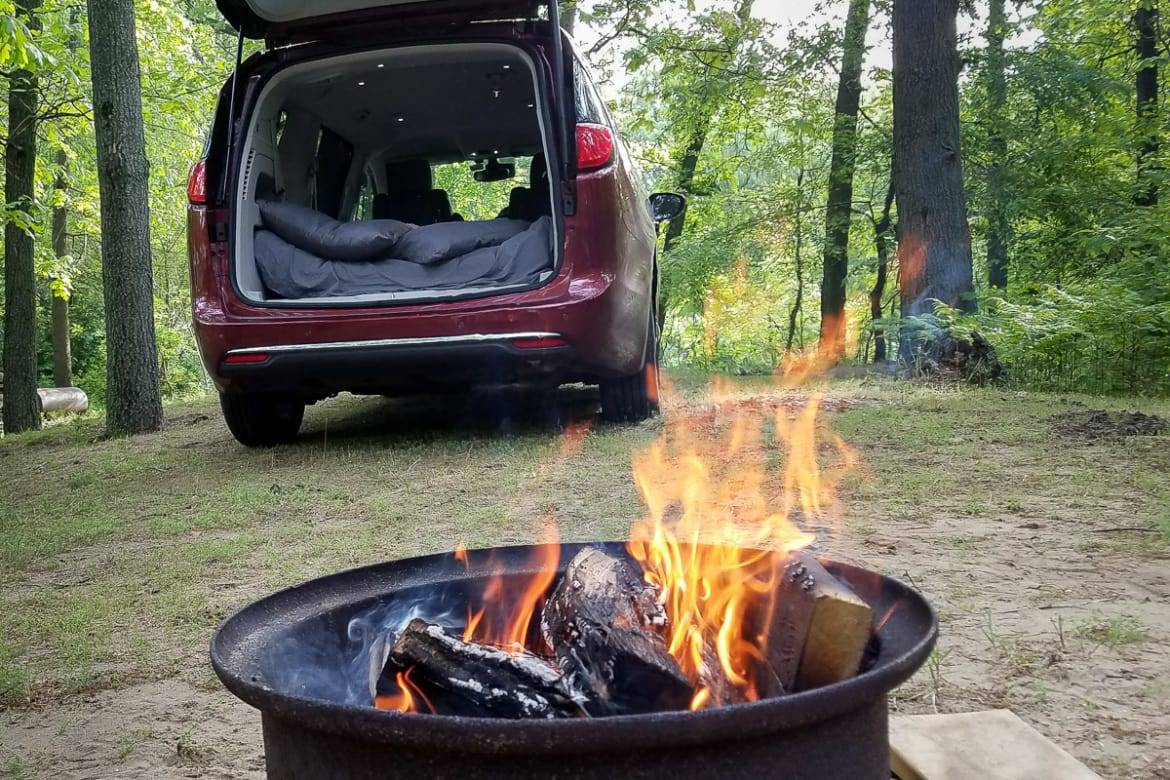 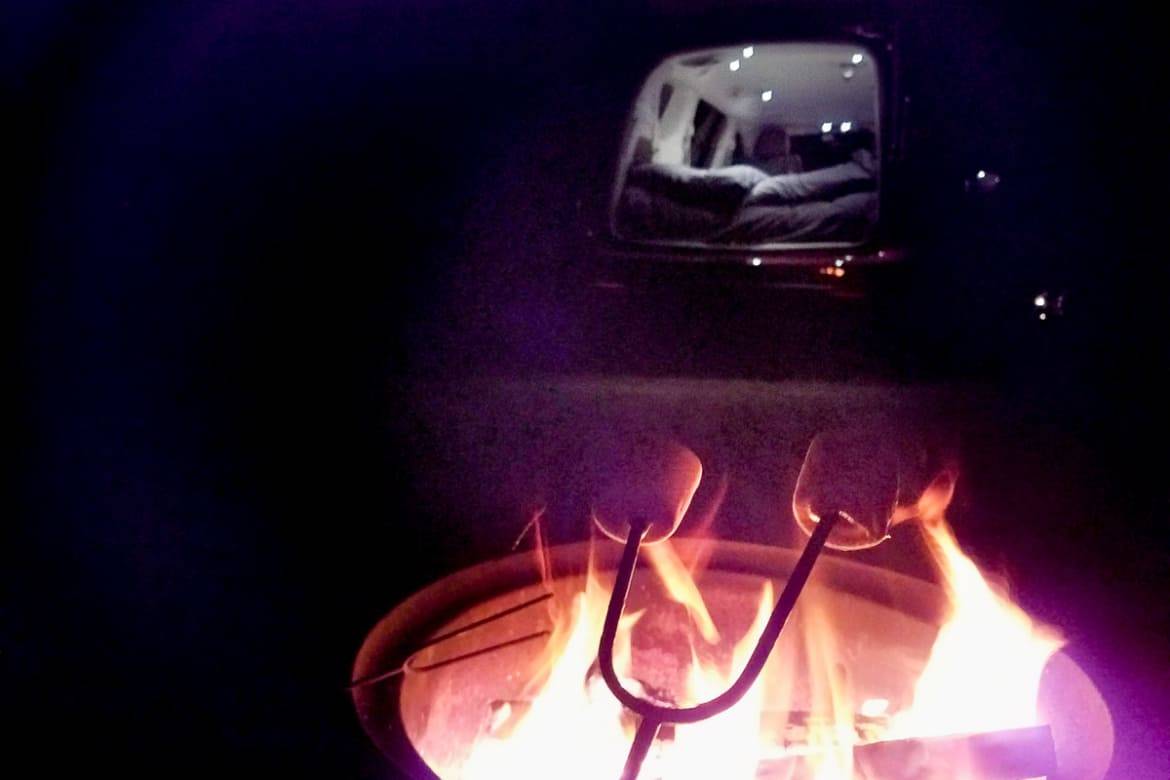 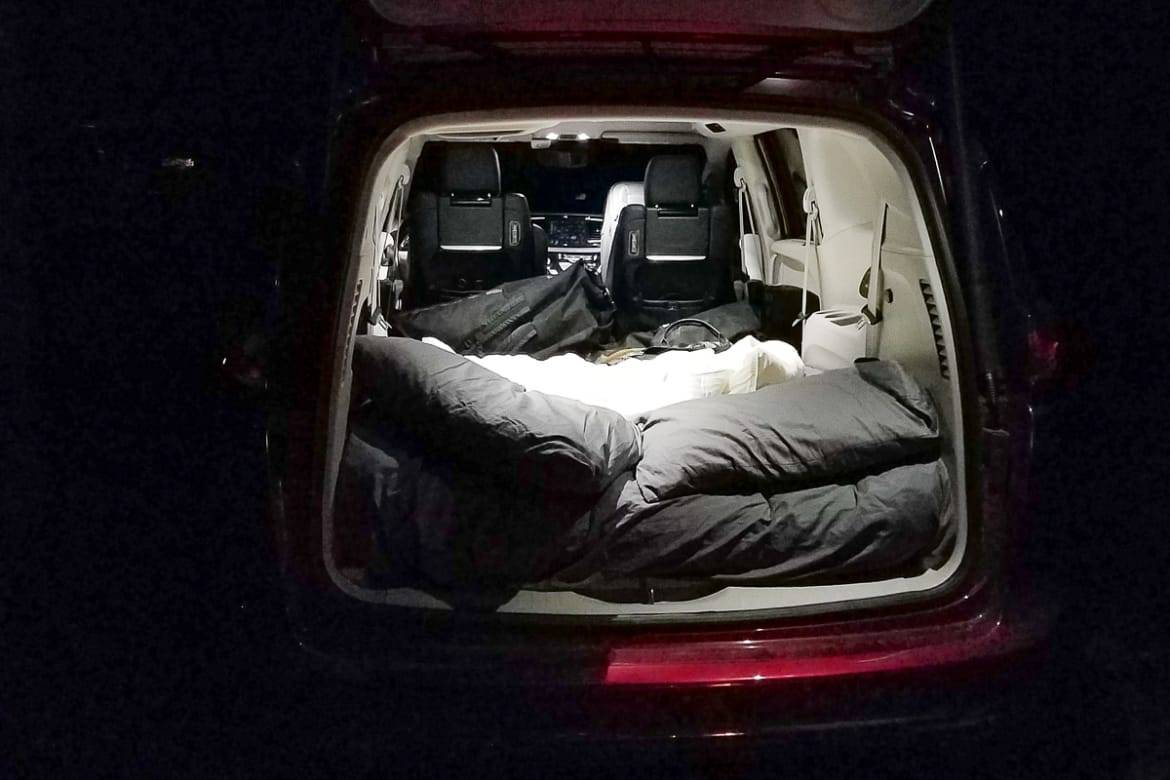 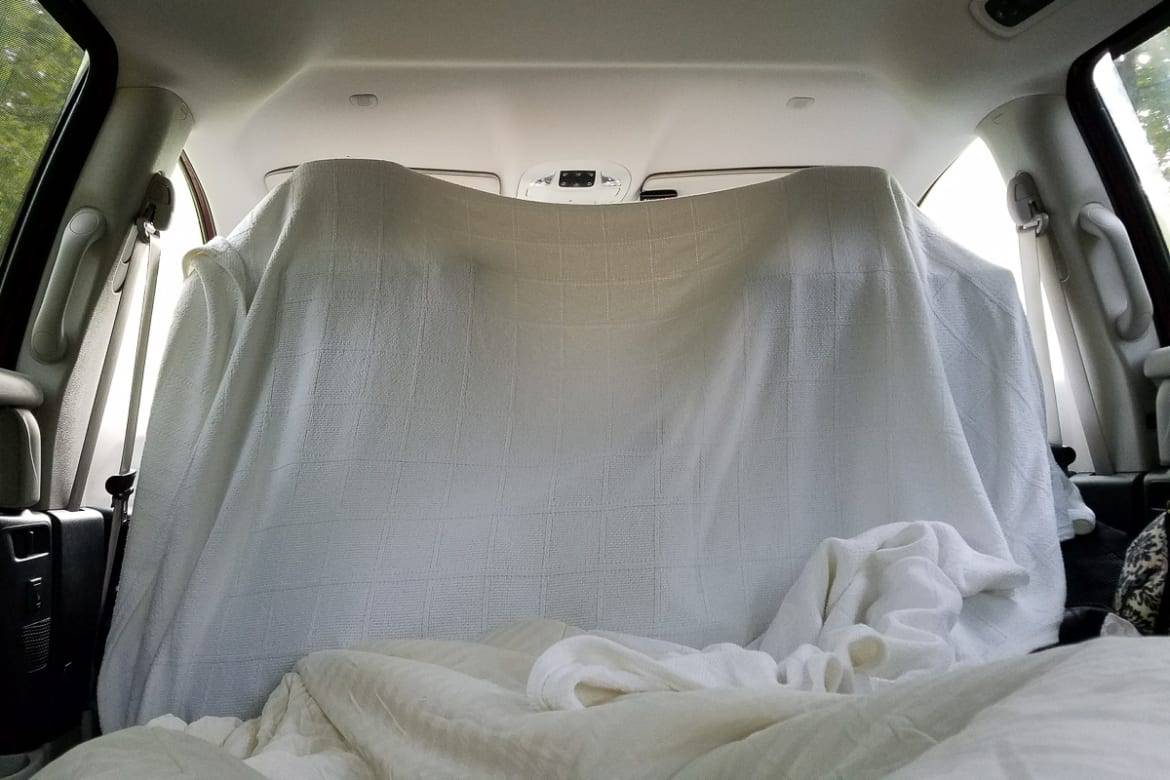 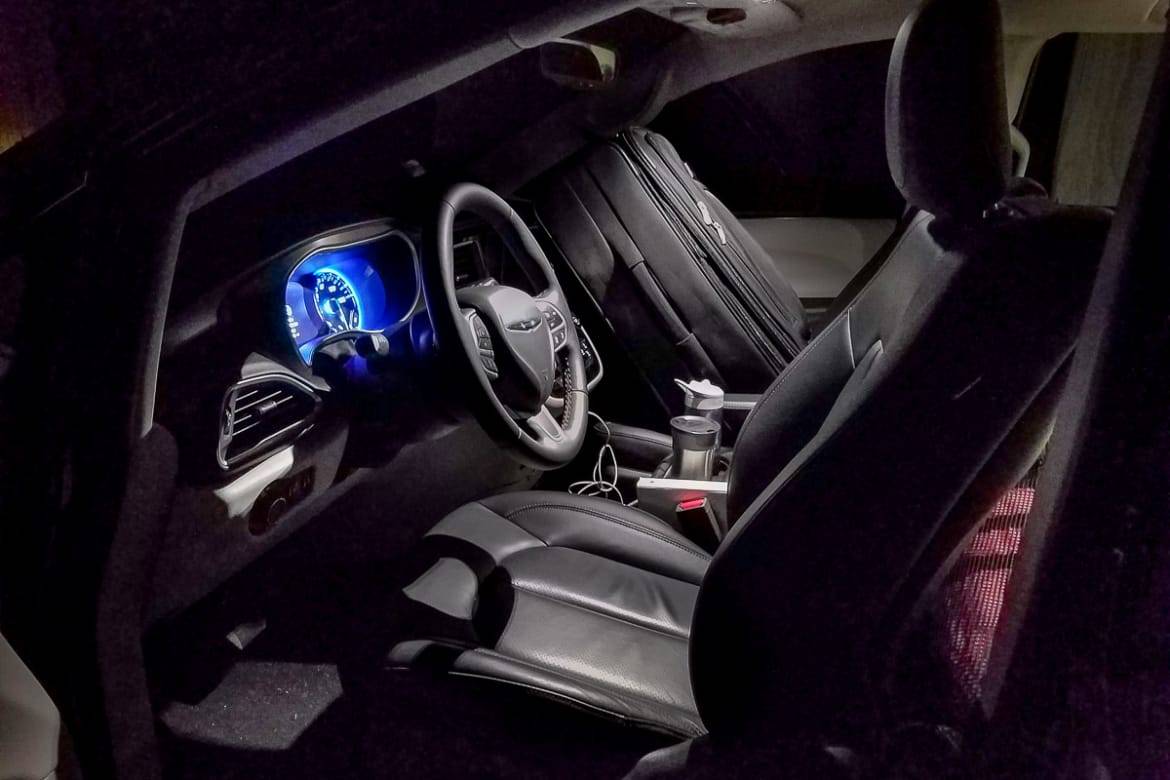 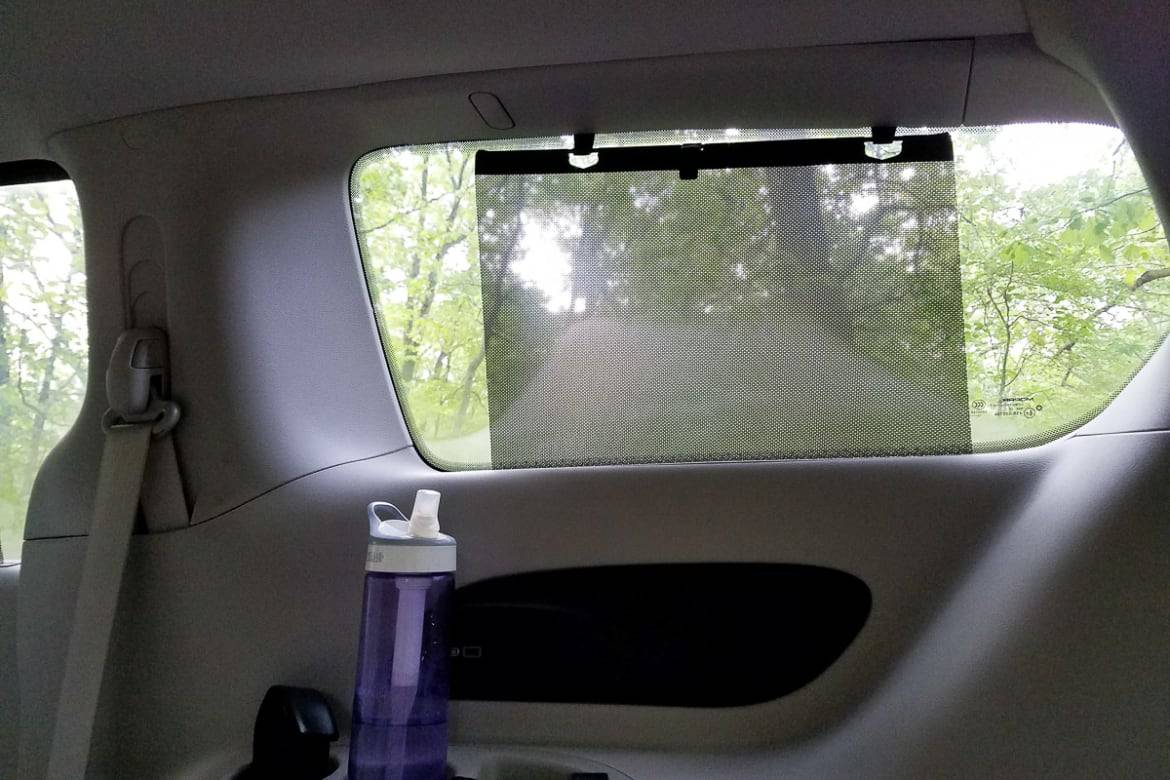 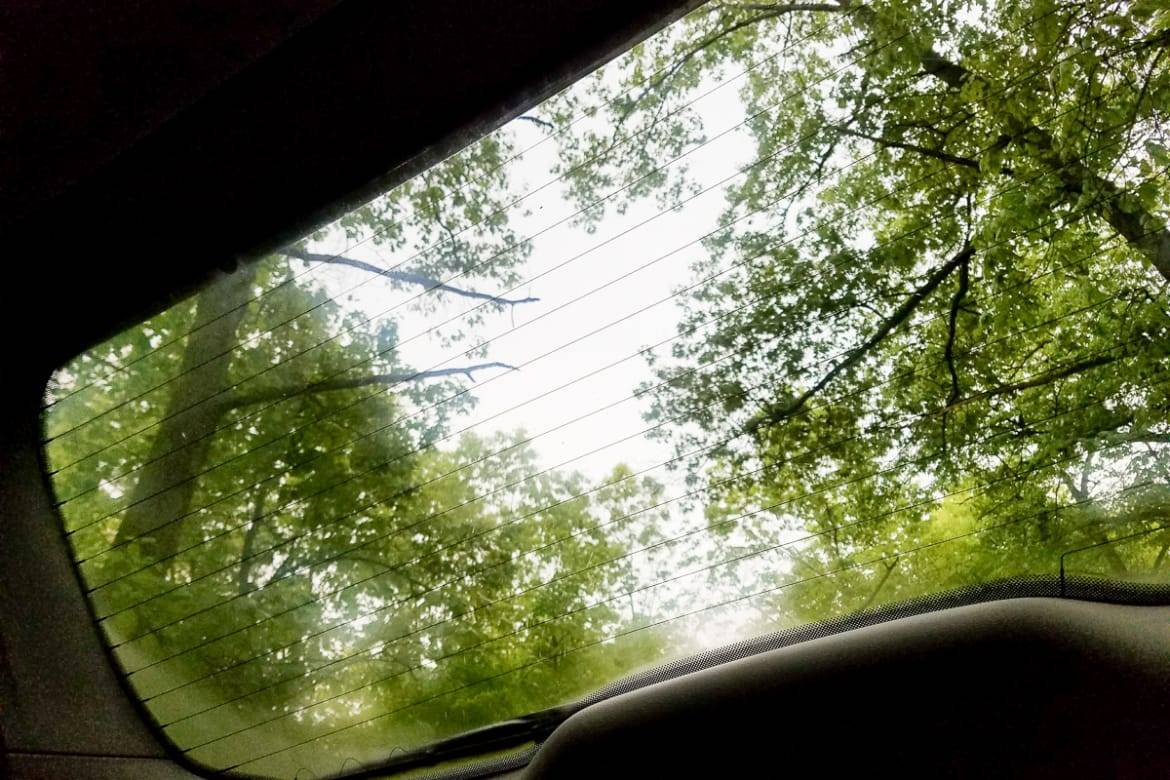 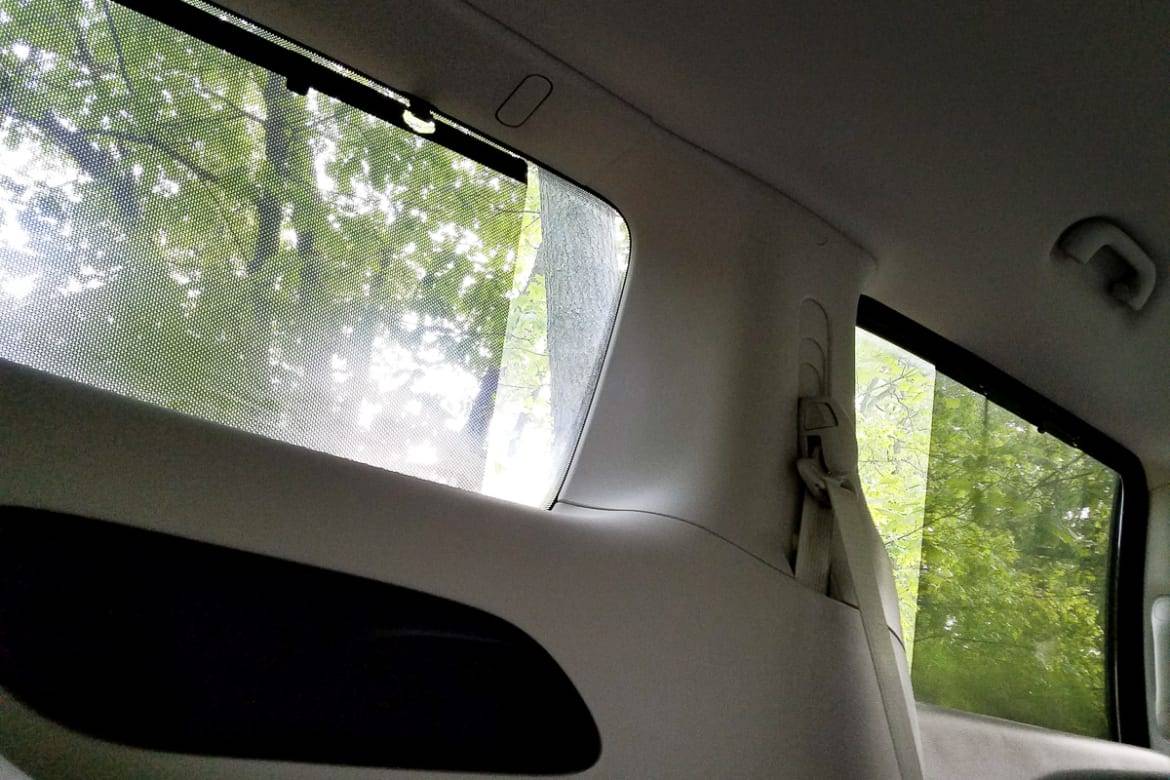 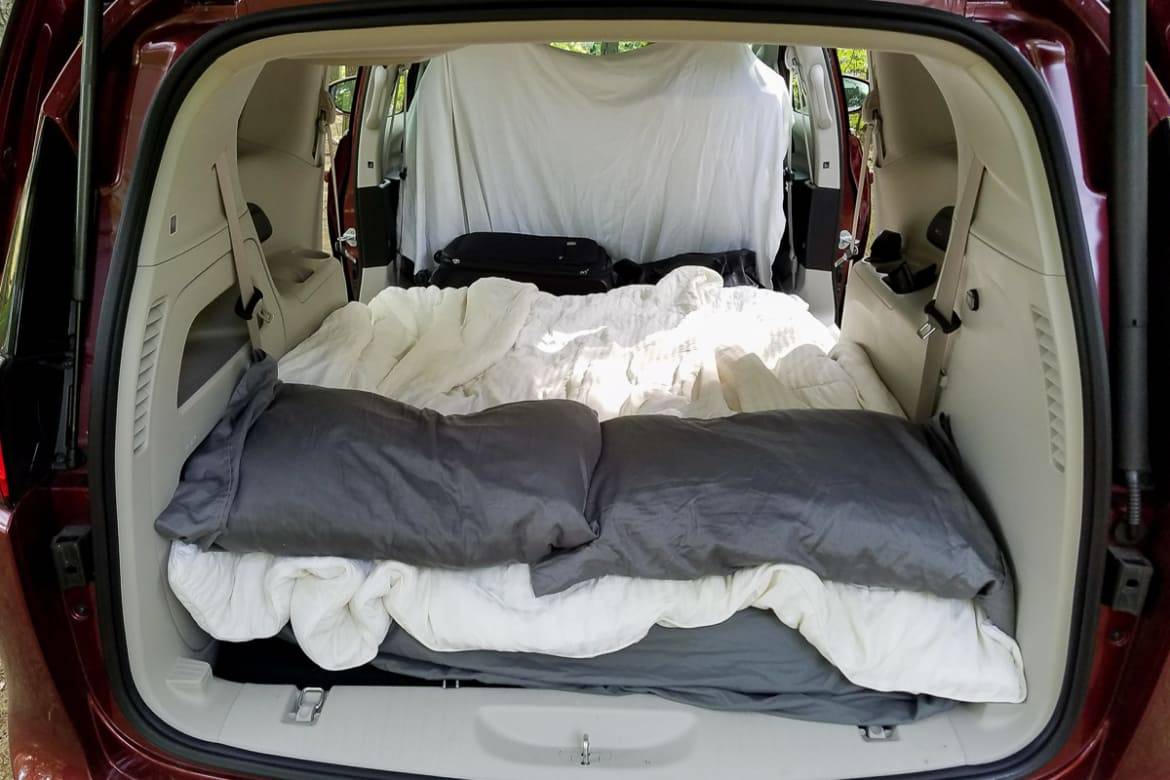 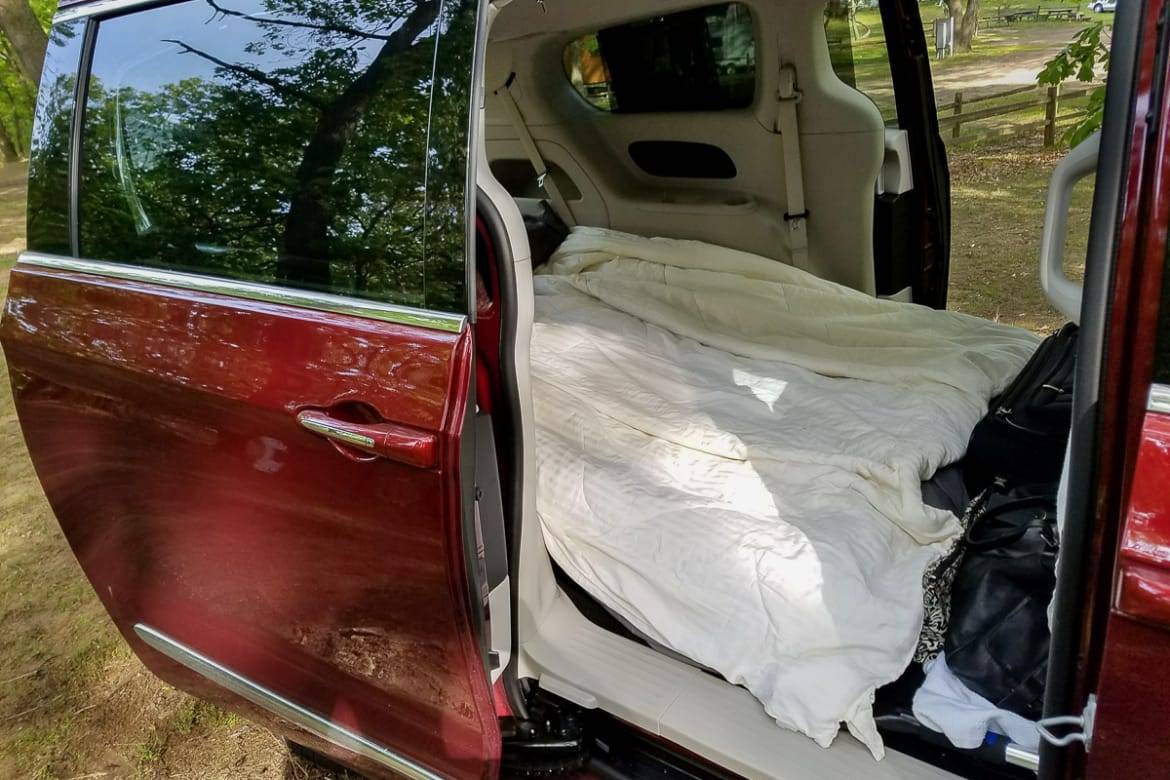 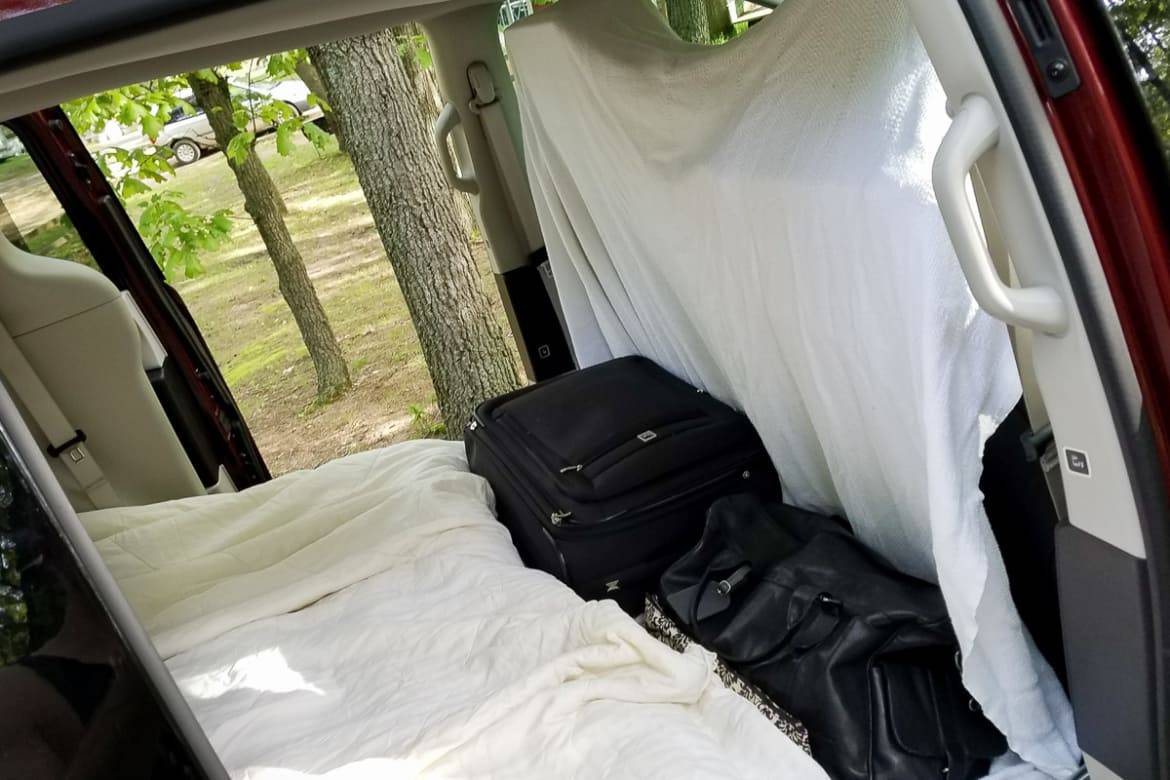 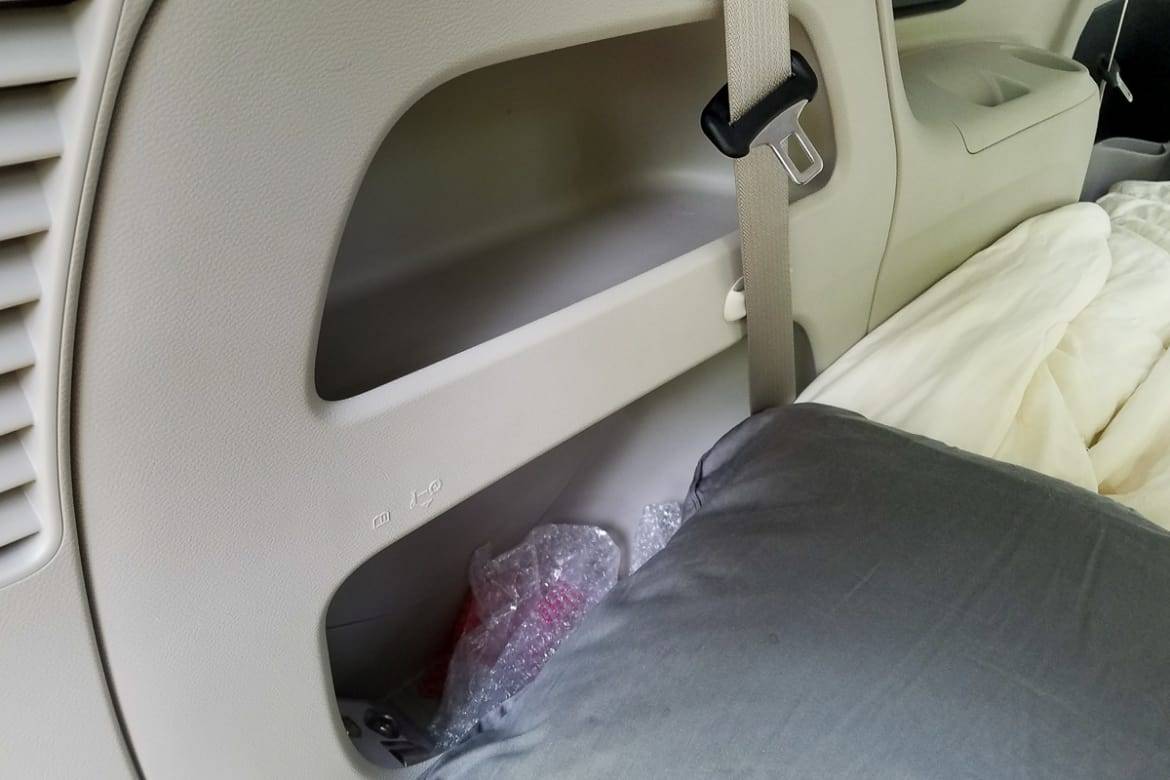 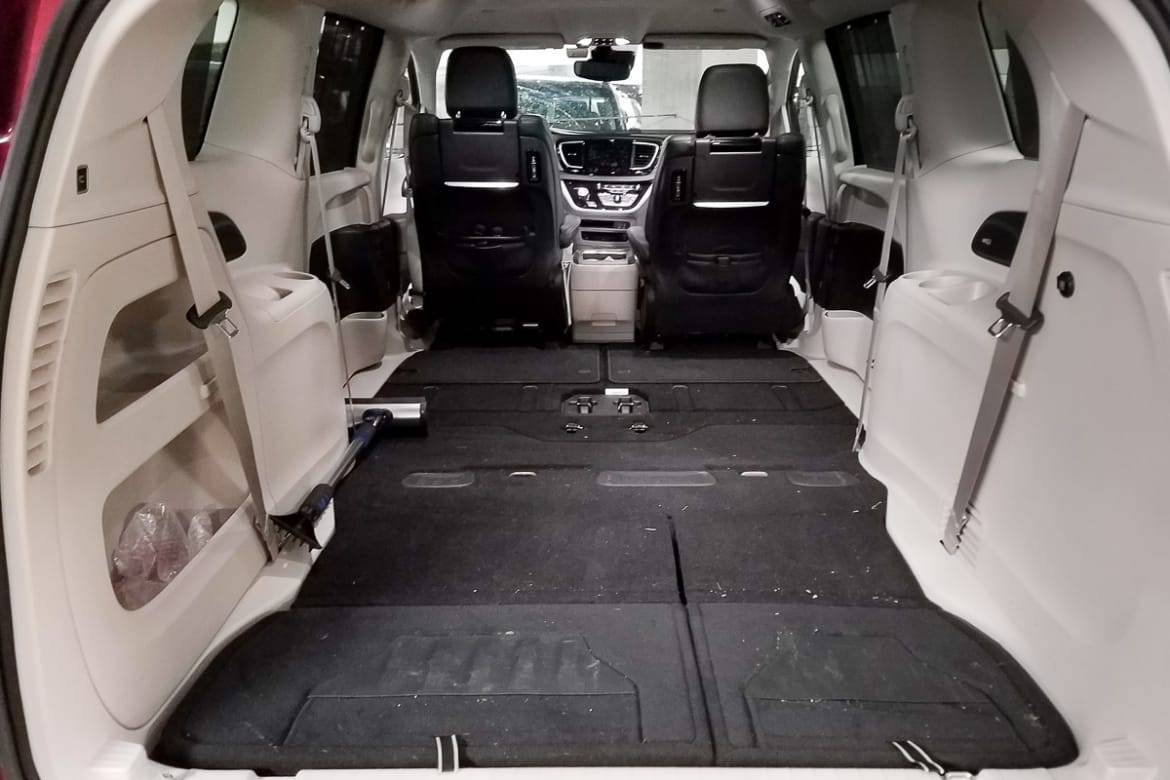 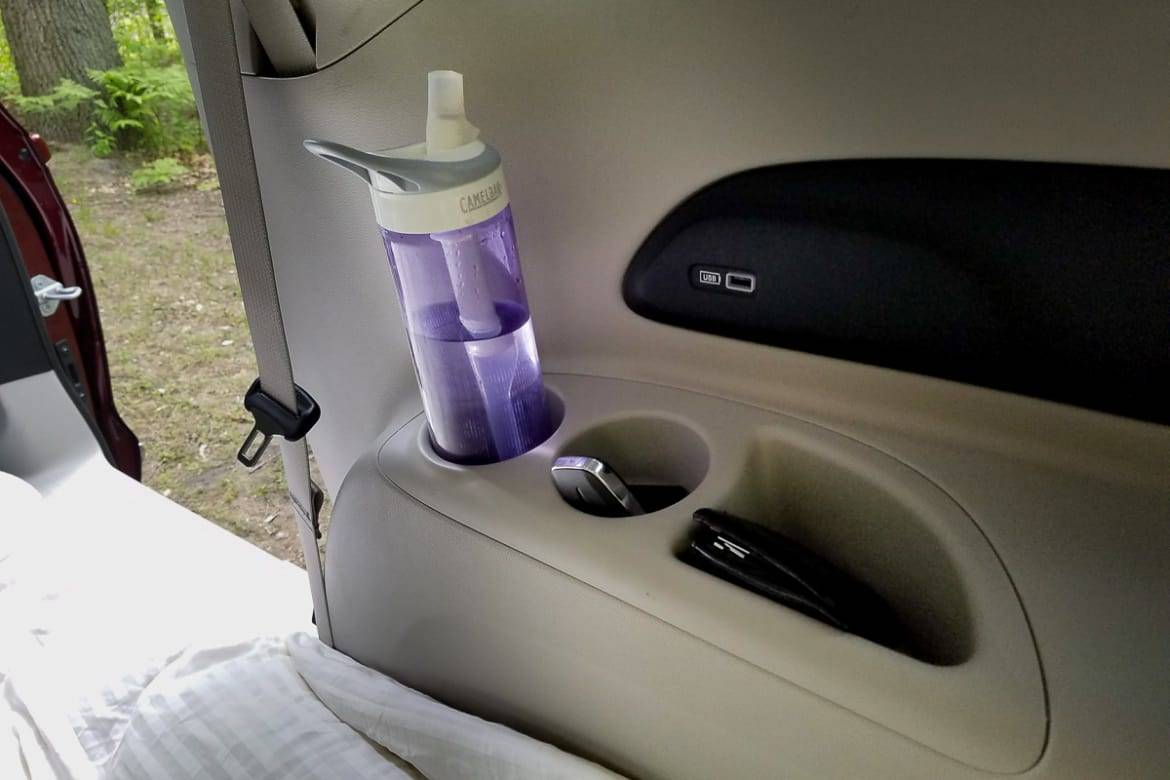 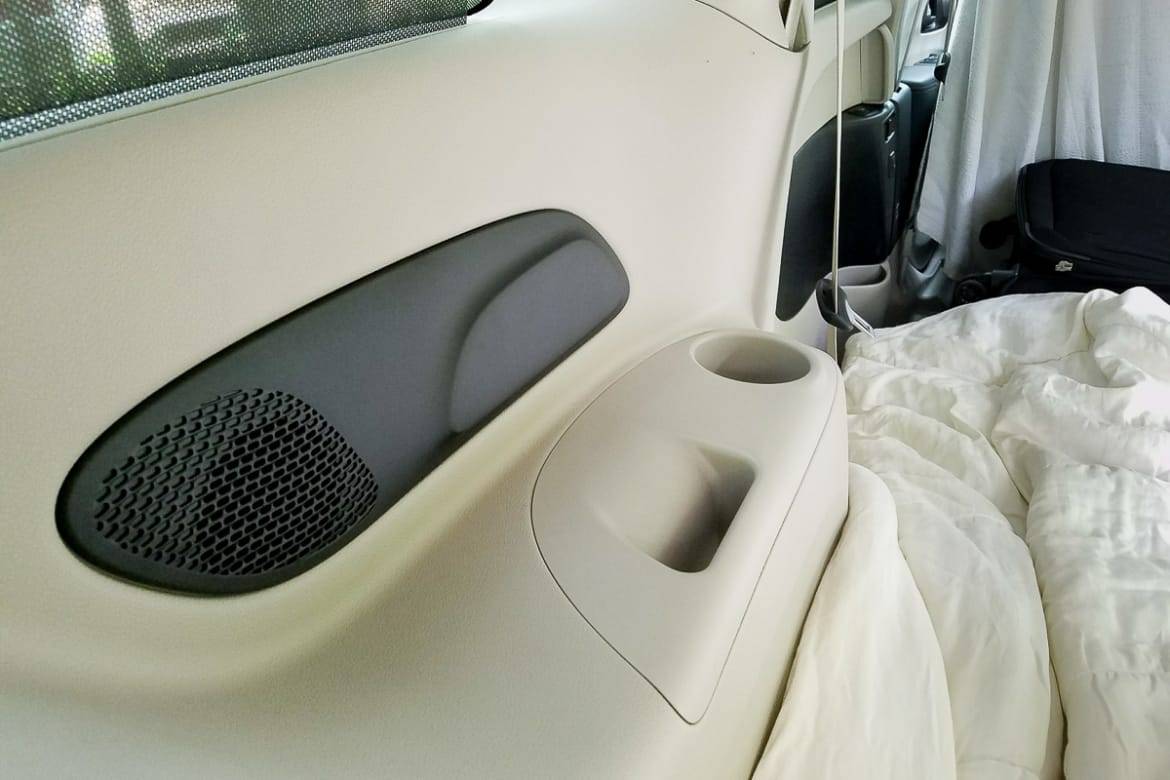 CARS.COM — I lived in a van down by the river. But I wasn’t hiking my pants up and screaming like Chris Farley’s stressed-out, volume-challenged motivational speaker Matt Foley on “Saturday Night Live” when I did. To be fair, it was only for a weekend.

Cars.com’s Best of 2017, the Chrysler Pacifica, is already known as a capable and well-equipped family hauler. So when the Memorial Day holiday rolled around, I decided to test the “minivan that made minivans cool again” in a new milieu: the great outdoors — and it was, well, great. My wife and I drove Cars.com’s long-term test Pacifica from Chicago to New Buffalo, Mich., for a weekend of camping and standup paddleboarding.

Here are six ways the Pacifica is a bona fide self-contained camping car:

The Pacifica offers 32.3 cubic feet of cargo space with the back two rows up, and 87.5 cubic feet with the third row folded flat into the floor courtesy of Chrysler’s Stow ‘n Go seating mechanism. That left plenty of room, not only for our two large plastic storage bins full of camping gear (sans tent, more on that later), one full-size cooler, a full-size suitcase, a weekend bag and backpack, and two very large backpacks containing inflatable standup paddleboards and related equipment.

That’s in addition to two additional suitcases, a hoard of stuff we were getting rid of … and my parents (who we were also getting rid of on a pre-camping stop in Detroit).

With all of the seats in both the second and third rows Stow ‘n Go’d into the floor, the Pacifica has an expansive 140.5 cubic feet of cargo space. The flatish surface left enough room for us to squeeze in a queen-size air mattress. Our mattress bowed slightly in the middle due to the tight fit, but a full would fit perfectly. In any case, we were able to sleep two quite comfortably, with enough room at the foot (I’m 6-foot-1) for our personal bags. We positioned our heads toward the rear liftgate and feet toward the front, which was comfortable despite a slight dip in the floor between the collapsed second and third rows.

The back of the Pacifica offers an abundance of cubbies and compartments for keys, wallets, phones, change and other small things you don’t want to get lost in the shuffle when you’re living out of your car. There are also several cupholders, which come in handy for convenient placement of a water bottle so you don’t have to get out to get a drink when you wake up parched in the middle of the night.

If you’re camping on a popular holiday weekend like we were, your campground area could be quite busy with other people who had the same idea as you, which means potentially more people wandering by in the dark and sneaking a peek at you while you sleep.

Thankfully, our Pacifica was equipped with retractable sunshades that cover enough of the rear windows to make us feel we had at least a modicum of privacy. We also threw a blanket over the front seats to partially block the view from the windshield. (These will also help keep the morning sunlight from waking you during your morning hangover … er, dreams.)

Stuck inside seeking shelter from the elements? You should be so lucky! Wait out the rain with the Pacifica’s Uconnect Theater, which offers two seatback-mounted touchscreen displays containing eight games, such as checkers, sudoku, solitaire, tic-tac-toe, math flash cards and a variation on hangman. You can also watch movies on DVD or Blu-ray and control them via remote. Meanwhile, there are a number of USB and HDMI ports — as well as a 115-volt three-prong electrical outlet — to ensure your personal devices are available to you, too.

If you’re gonna live in a van down by the river, you wanna be able to haul your watercraft around. The Pacifica, all rows folded, was able to fit a fully inflated 10-foot-4-inch SUP board turned on its side with the nose resting between the front seats. You could probably get another one in there, too, though the ride would be of questionable legality and unquestionable discomfort.

If you sleep in a van, you won’t have a covered overhang to keep items outside without getting rained on, or a place to wipe off your feet or leave your shoes, so you may want to bring a rug to leave outside the door for when you’re entering and exiting, plus maybe a tarp for covering up stuff you wish to keep dry that won’t fit in the front captain’s chairs. Also, the nighttime temperature was 56 degrees for us, which was about perfect for sleeping, but keep in mind that the warmer it gets, the more likely it is you’ll have to open up to the outside air — and bugs.

Bottom line: You don’t need no stinking tent! All you need is the Chrysler Pacifica and a place to park it, and you’ll be a happy camper.