CARS.COM — Pickup trucks can be great family haulers and the redesigned 2017 Honda Ridgeline is no exception. Its crew-cab design easily swallowed three child-safety seats across the backseat and it has three sets of lower Latch anchors across that backseat, something we rarely see. However, the Ridgeline’s top tether anchors are difficult to find and use; they caused some problems for our certified child passenger safety technician.

Tether anchors in pickup trucks can be difficult to use. In the 2017 Ridgeline, the outboard rear seats’ tether anchors sit near the seats’ base, on the side of the seat and close to the door. To use them, route the convertible seat’s tether strap through the Ridgeline’s tether guide bar behind the seat’s head restraint. Then hook the tether connector to the tether anchor. Our Britax Marathon convertible seat has a dual tether strap, which looks like a Y. Our car seat’s tether strap is roughly 3 feet long, but it was about 7 inches shy of reaching the Ridgeline’s tether anchor. Because of this, we had to install the forward convertible in the middle seat. In this position, the tether anchor sits between the middle position’s Latch anchors in the seat bight, where the back and bottom seat cushions meet.

We asked Honda why it didn’t revise its cumbersome Latch system when it redesigned the five-seat Ridgeline. “After evaluation of all pickup truck tether-routing options, we determined that the design of the 2017 Ridgeline allows for the easiest way to properly install a child seat,” said Honda spokeswoman Jessica Pawl after speaking with the Ridgeline’s chief engineer.

If the tether strap is too short, Honda recommends contacting the car-seat manufacturer for a tether strap extension. Some car-seat makers offer this accessory, but not all do. Britax, the maker of Cars.com’s convertible, doesn’t sell one.

It’s important for parents to remember that not all car seats fit all cars, as in the case with the Ridgeline and Britax Marathon. In some case, parents may need to purchase a new car seat to ensure a good fit. 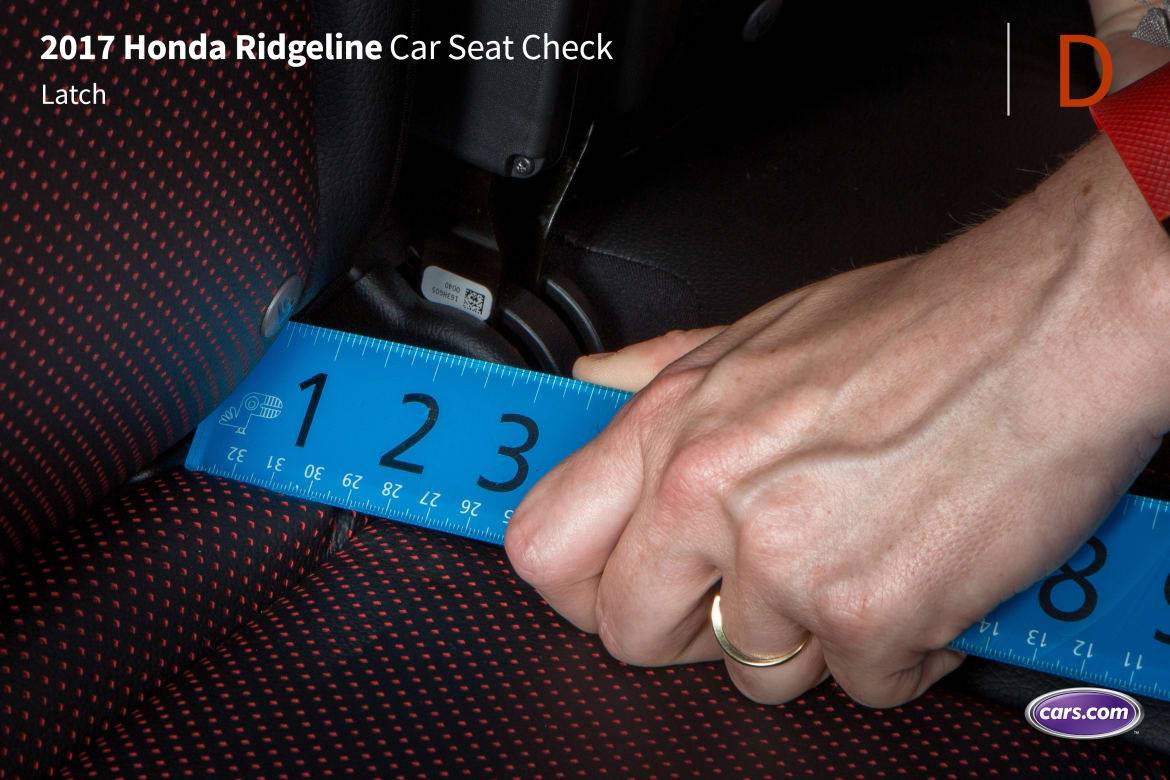 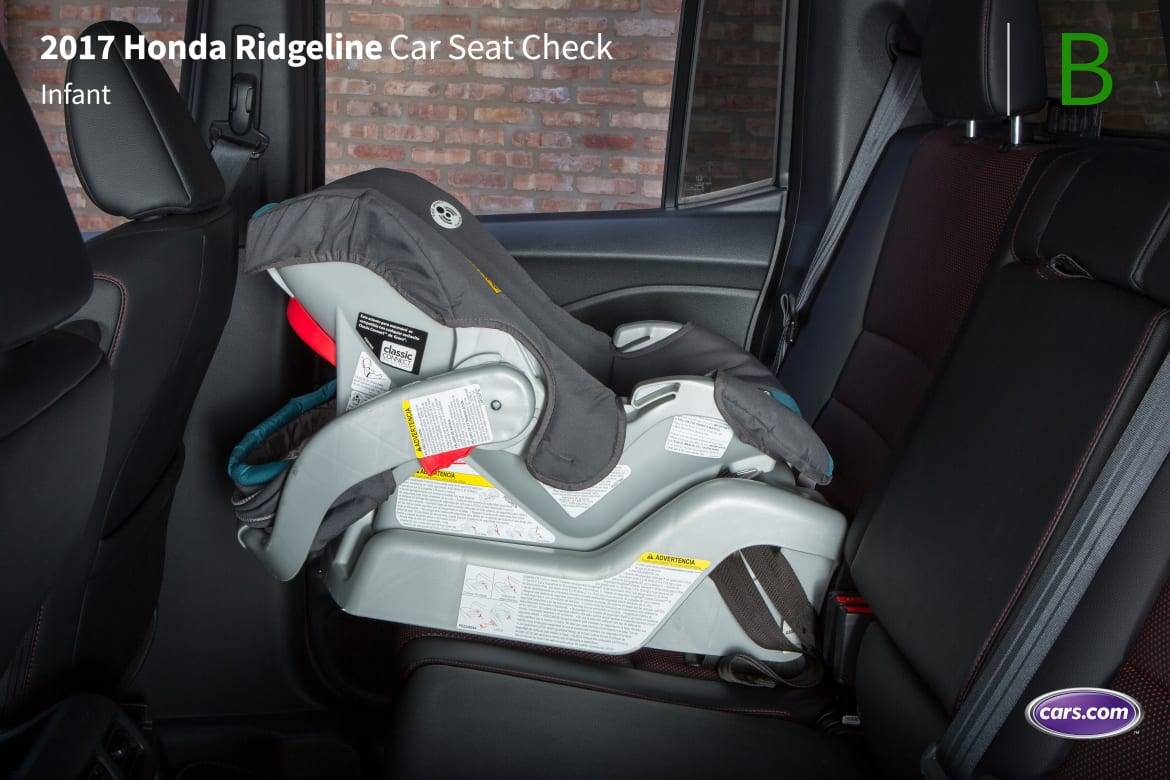 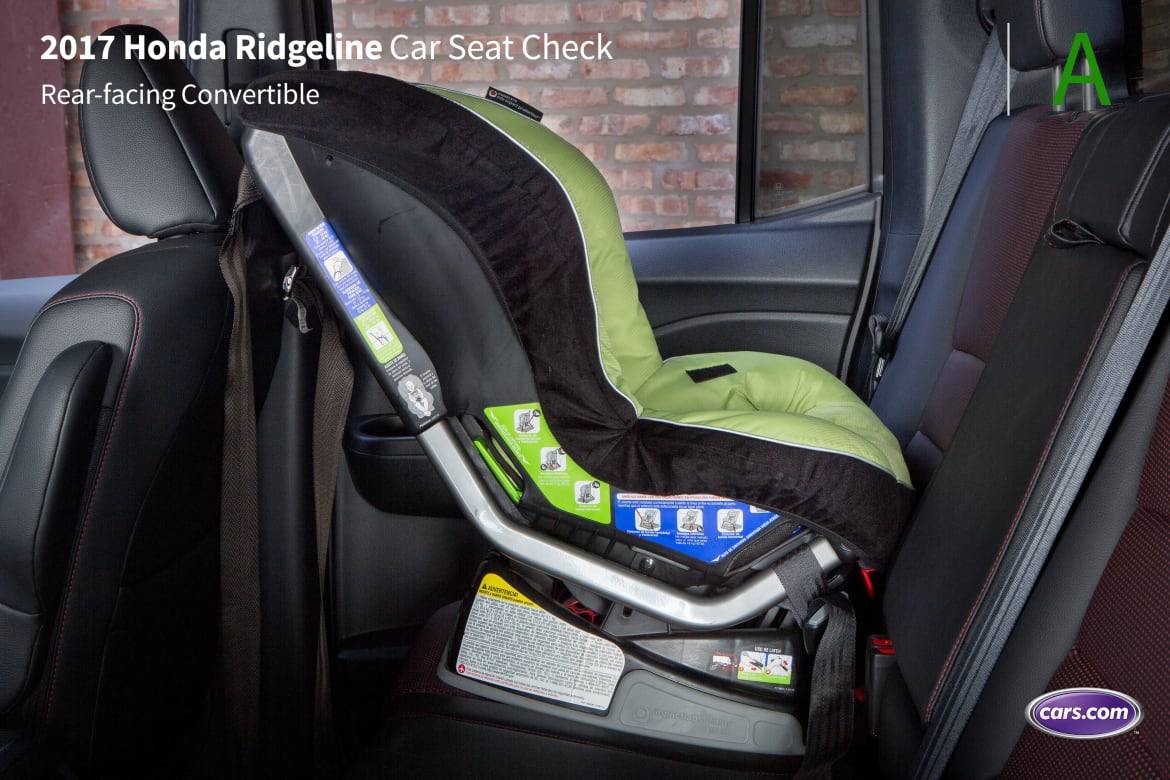 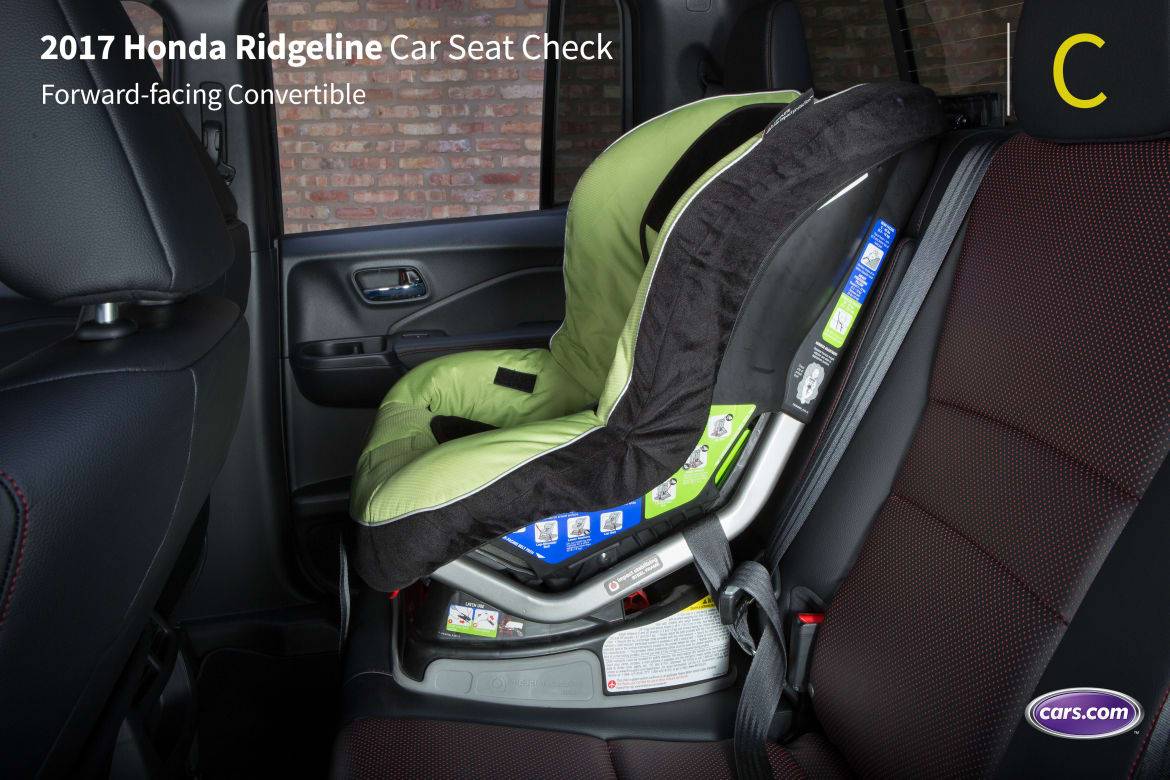 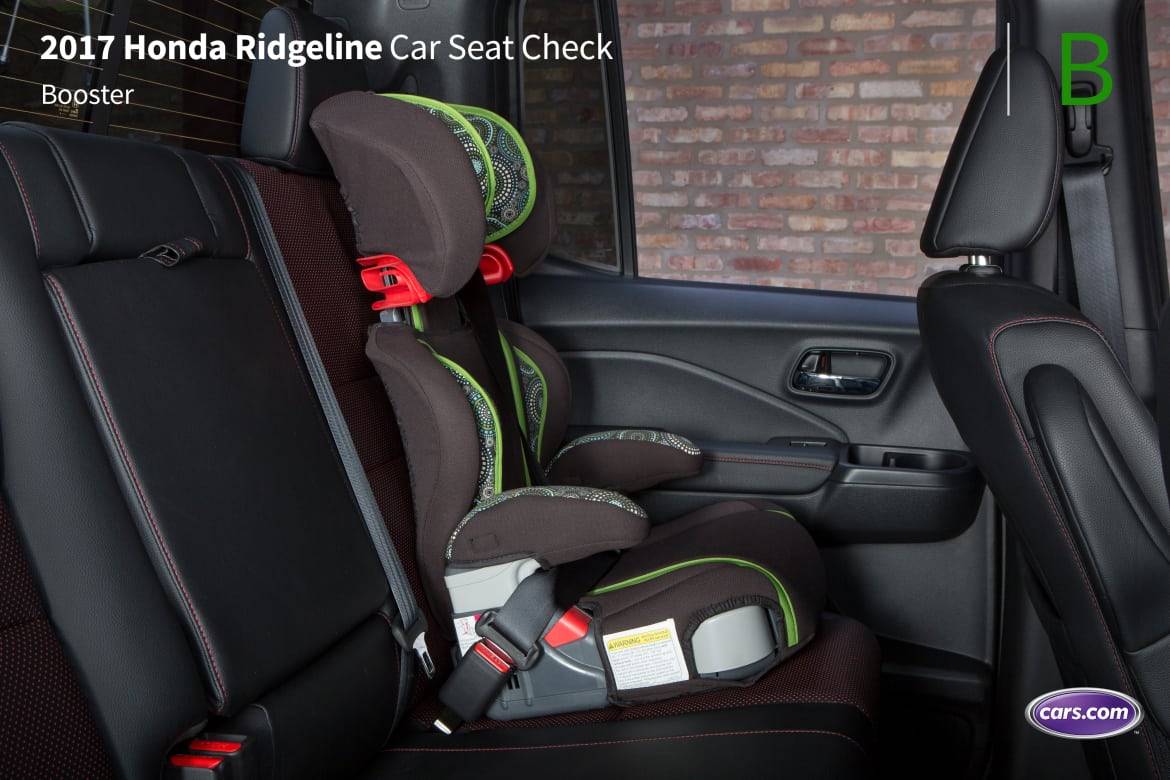 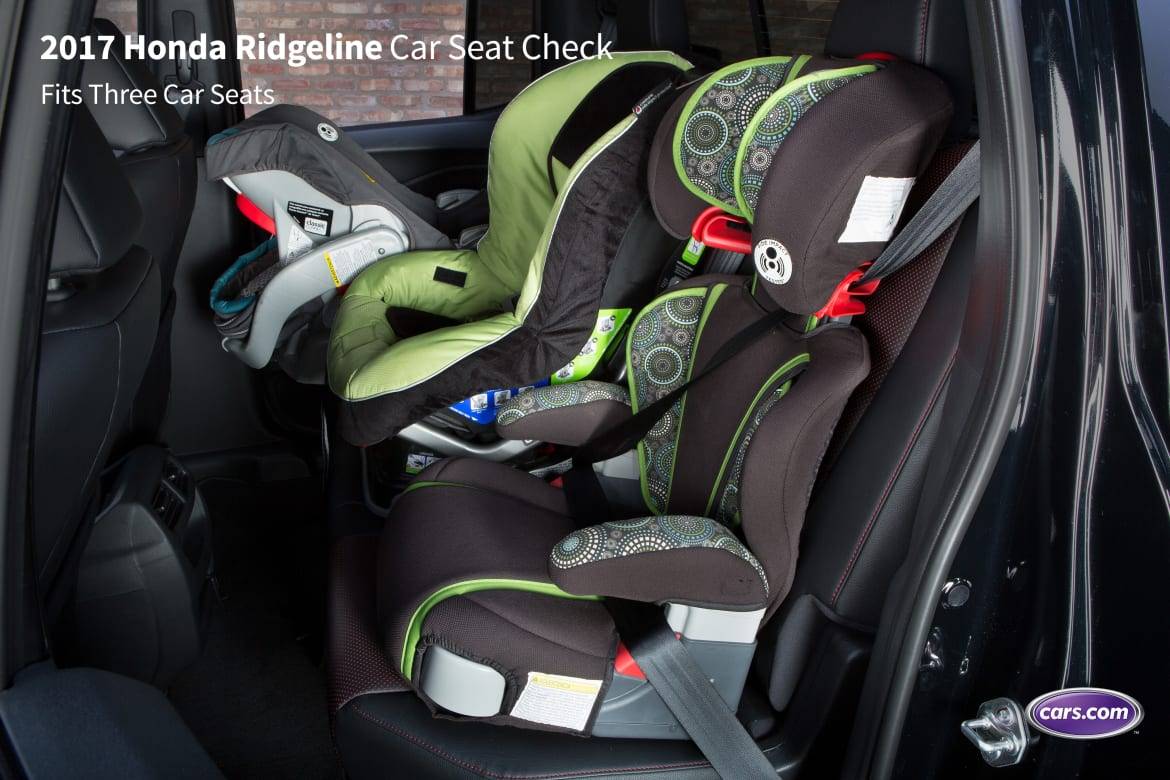