CARS.COM — Unlike the old days, when the cheapest version of a car gave you the best mileage, high-efficiency versions now typically cost more. The latest example is the Eco trim of the newly redesigned 2017 Hyundai Elantra. I spent a few days and a few hundred miles with this new gas-only sedan to see how it stacks up against the EPA estimates and its non-Eco brethren.

Where the regular Elantra and its 2.0-liter non-turbo four-cylinder carries an EPA estimate of 28/37/32 mpg (city/highway/combined) with a conventional six-speed automatic transmission, the Eco is rated 32/40/35 mpg, endowed with a turbocharged 1.4-liter and a seven-speed, dual-clutch automated manual transmission. (The regular Elantra also offers a six-speed stick shift, but that’s the least-efficient option, rated 26/36/29 mpg; times have changed.)

After my first trip, a continuous 147 miles, the trip computer said my little Eco achieved a stunning 49.8 mpg. It was a little hard to believe, honestly, but conditions were very good, if not optimal. I reset the computer and hopped right on the interstate where speeds never exceeded 70 mph and seldom dropped below 40 mph apart from a brief stretch of rush-hour congestion. The trip computer reported an average speed of 55 mph. The route was over mostly flat Midwestern terrain, with minimal wind and the air conditioning on but facing temperatures below 80 degrees. I had the drivetrain set to Eco mode most of the time, but in modern cars I’ve found these settings to have little effect in the kind of mundane driving I was doing.

For my return trip I topped off the tank as a backup to the trip computer and covered mostly the same ground in 139 miles. This time there were crosswinds and higher temperatures, and though the trip computer ultimately reported an average speed of 56 mph, there were sustained periods of both higher and lower speeds than I encountered on the first trip — both of which used more fuel. Upon arrival, the trip computer read 47.6 mpg. I refilled the tank, which took just 2.9 gallons for a calculated 47.8 mpg. The pump test isn’t exceptionally accurate unless you can continue it over hundreds of miles and multiple fill-ups, but this result was pretty close, and still surprising.

I convinced myself that the tires must be overinflated, which would explain both the mileage and the hard ride — notably hard for a car with an improved, reengineered suspension and regular (not run-flat) tires with uncommonly tall sidewalls on 15-inch wheels. Nope; I checked, and all four tires were 1 pounds per square inch below spec when cold.

The final test covered more than 130 miles of mixed driving over several days, with far more city duty — more stoplights and even higher heat. The trip computer reported 39.1 mpg and an average speed of 28 mph. This time around, the calculation came out to 34.0 mpg, a pretty big disparity between the two methods.

Even if the calculation is correct, the Elantra Eco beat the EPA combined number, an impressive showing. Mileage isn’t merely about speed — it’s about driving style, and Cars.com’s hometown of Chicago and its associated suburban commutes demand more aggressive acceleration and inflict more of the type of transient slowdowns that gobble gas and provide no upside unless you’re in a hybrid or electric. If you think you’ll be doing more highway driving, the Eco has the old-school advantage. The most effective hybrids typically deliver better or equal mileage in city driving.

What’s the sacrifice versus the regular Elantra? For one thing, it costs $21,485 including destination versus $17,985 for an SE, and it comes only with a base interior — one whose diminished quality compared with the previous generation has caused something of a revolt.

What you don’t lose is much drivability. To the contrary, the seven speeds and 128 horsepower give the Eco some spirit compared with the 147-hp base engine. The Eco has 156 pounds-feet of torque at a low 1,400 rpm compared with the base 2.0-liter’s 132 pounds-feet at 4,500 rpm. You definitely feel it.

Though this transmission gives me fits in some Hyundai applications — most notably the Tucson — it works well here, with minimal lag and only some awkwardness launching off the line. You feel it pulsing when creeping, as in a parking maneuver. 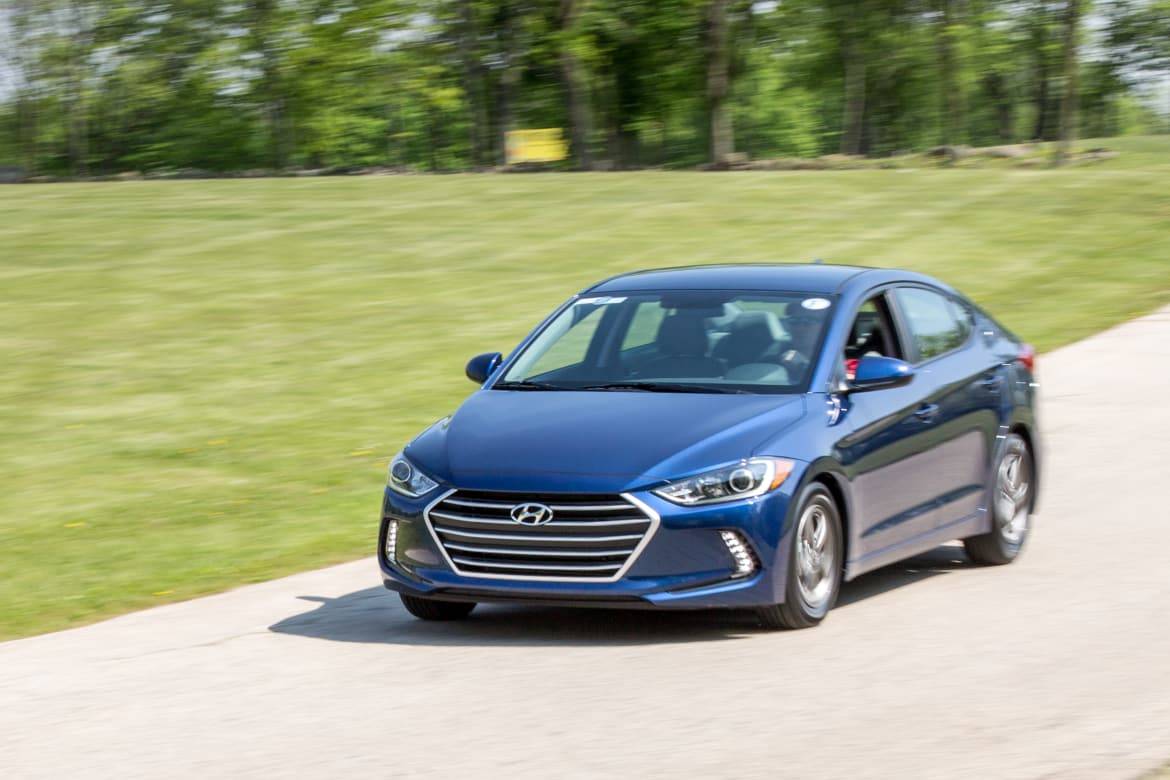 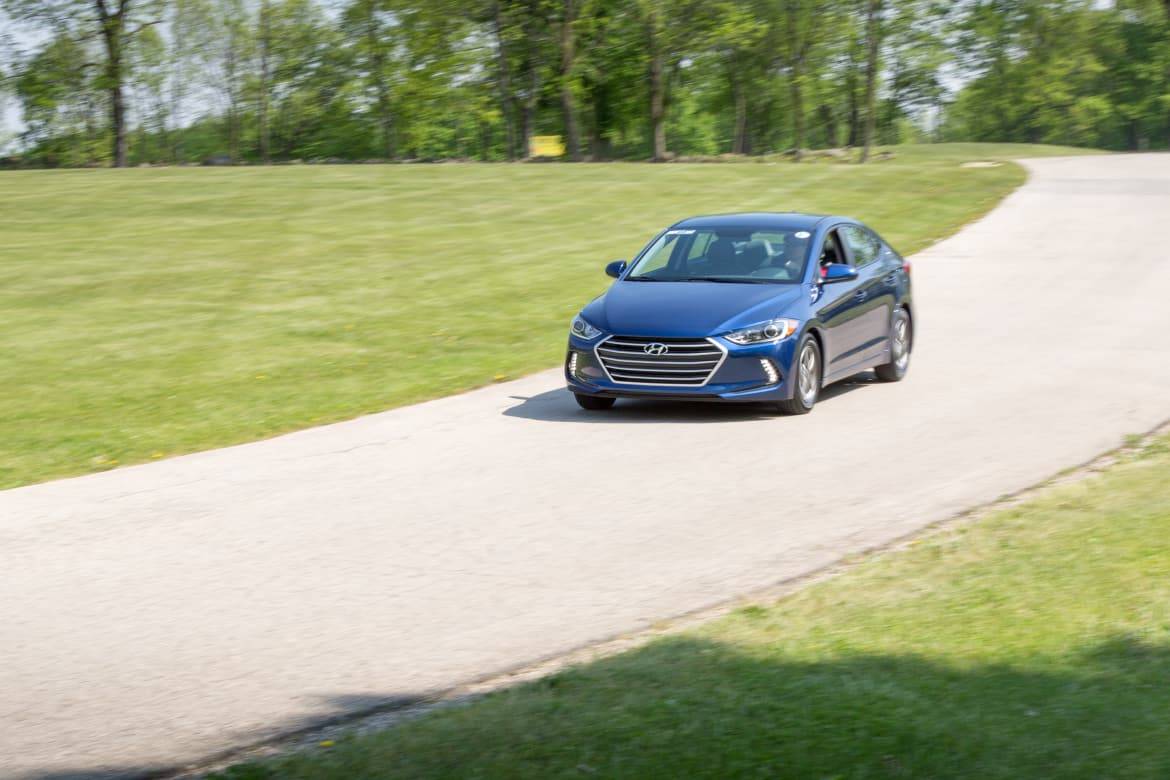 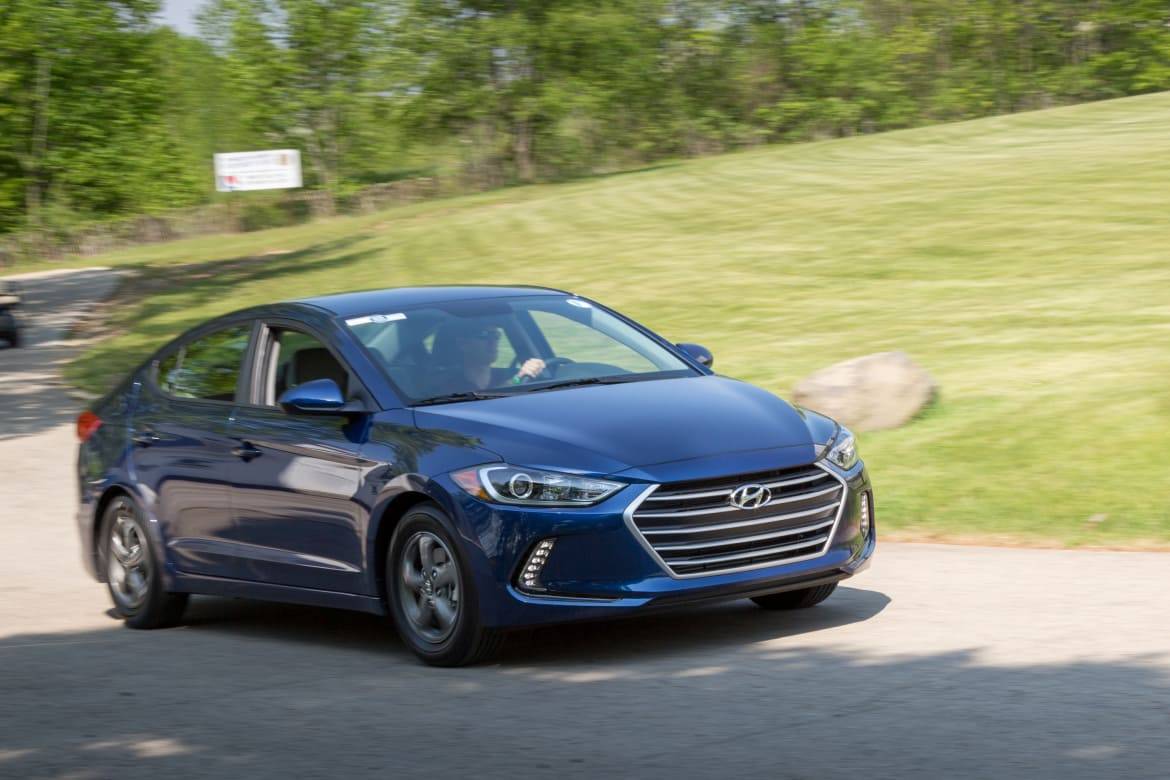 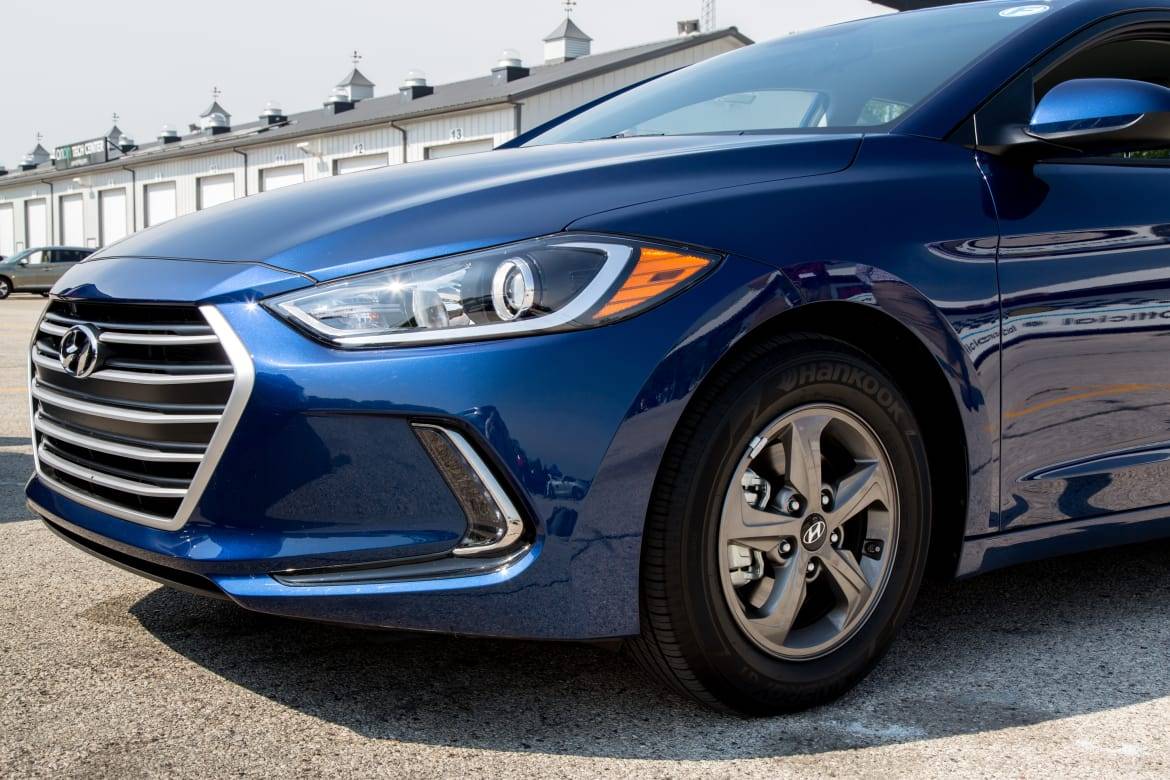 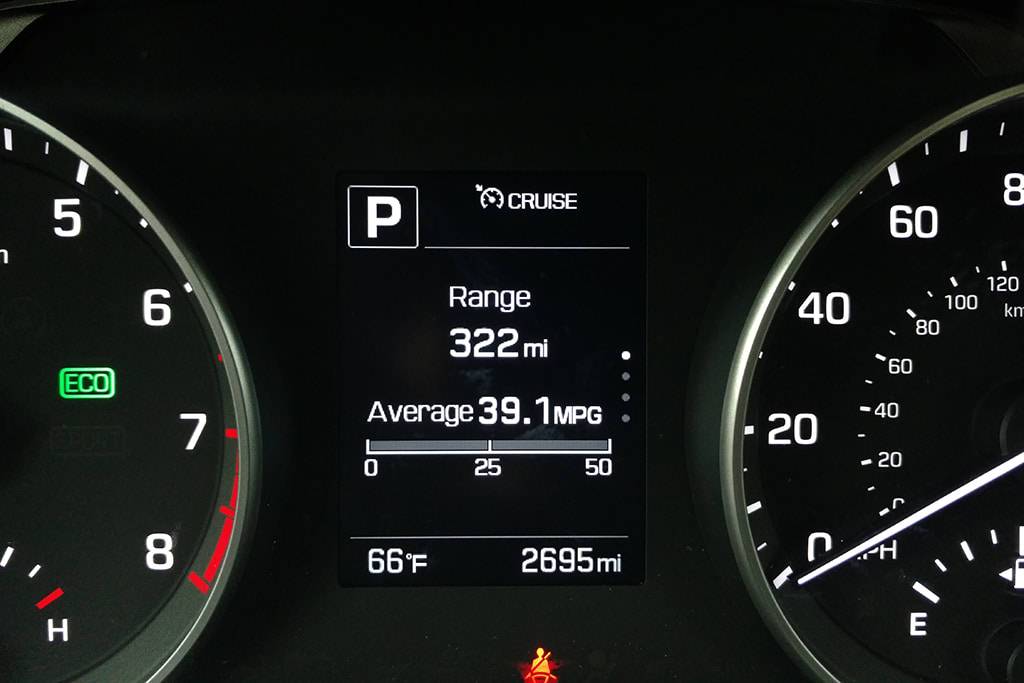 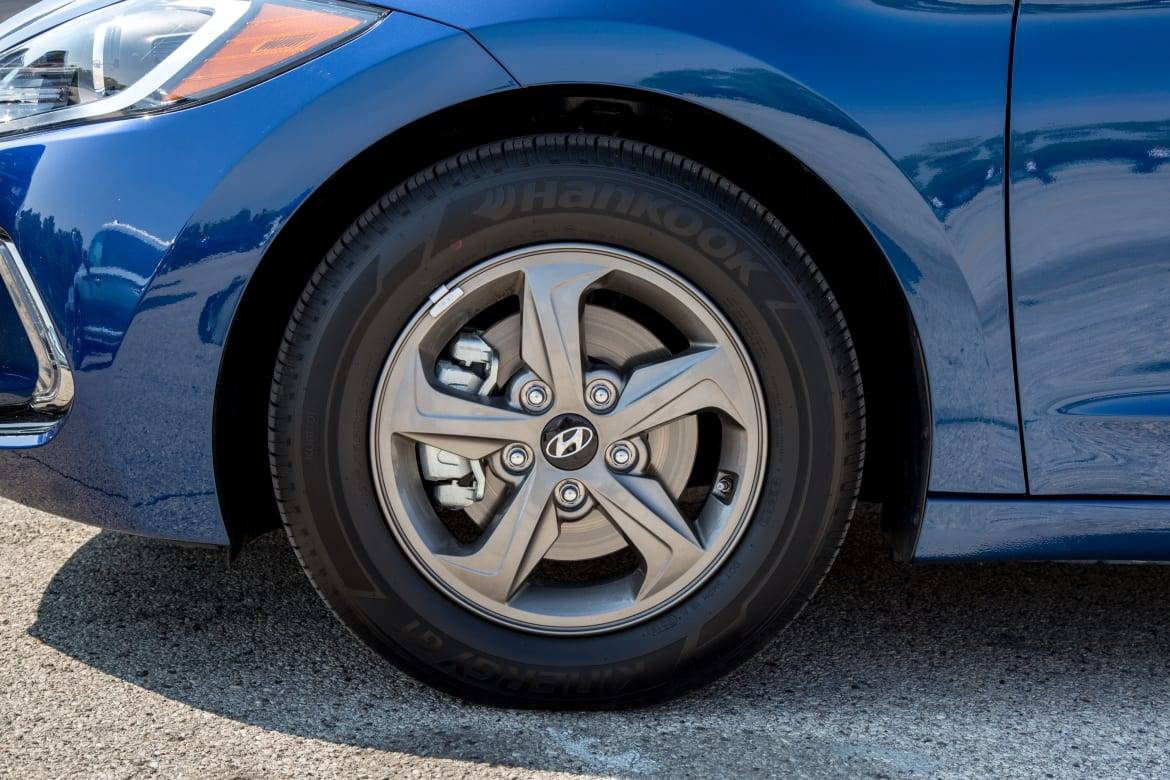 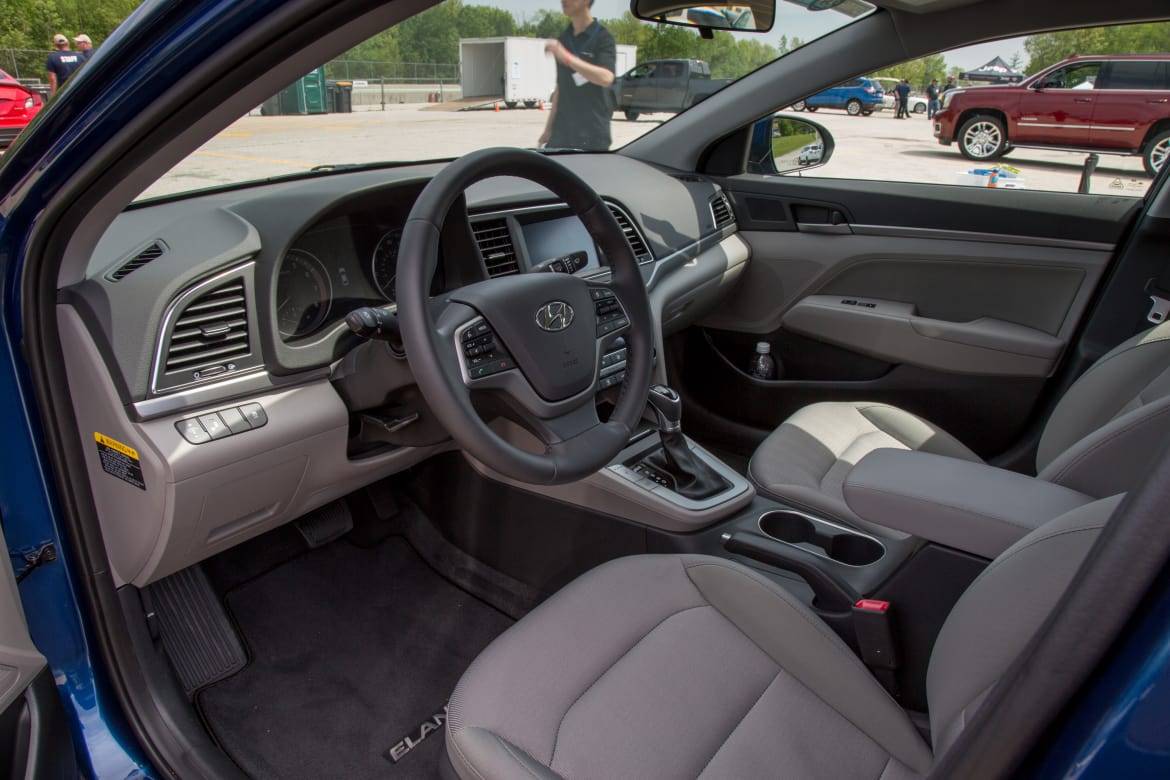 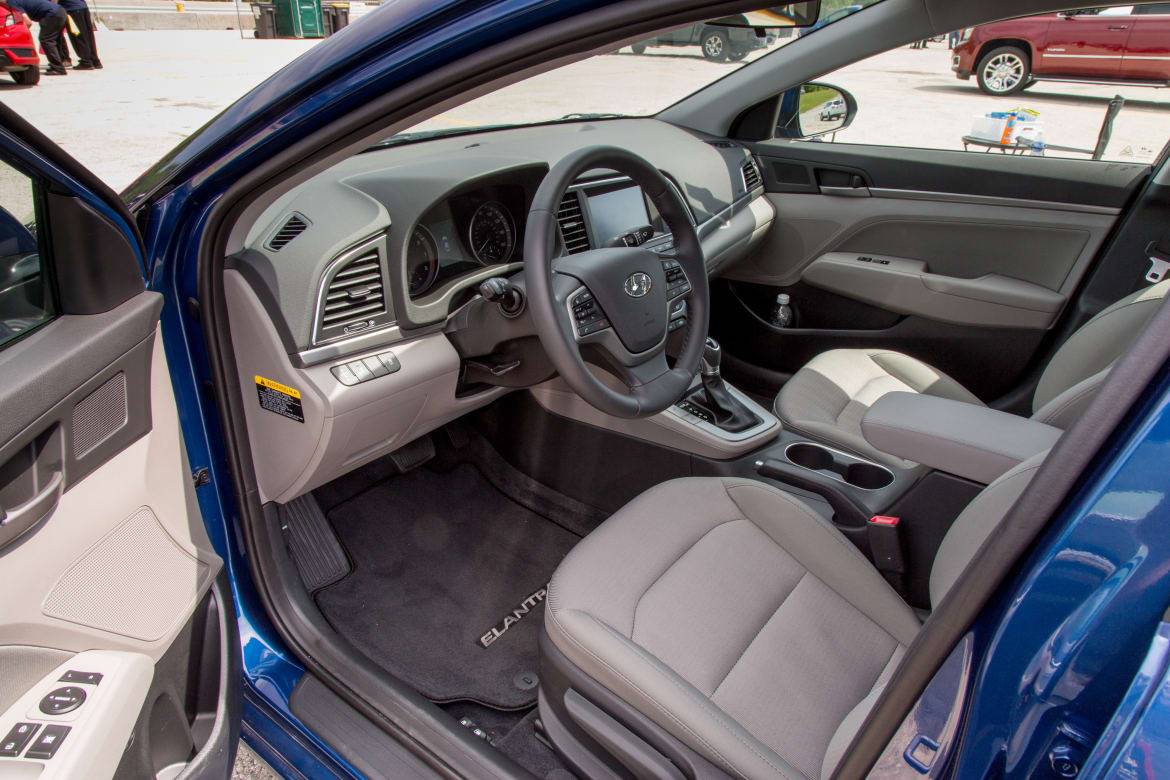 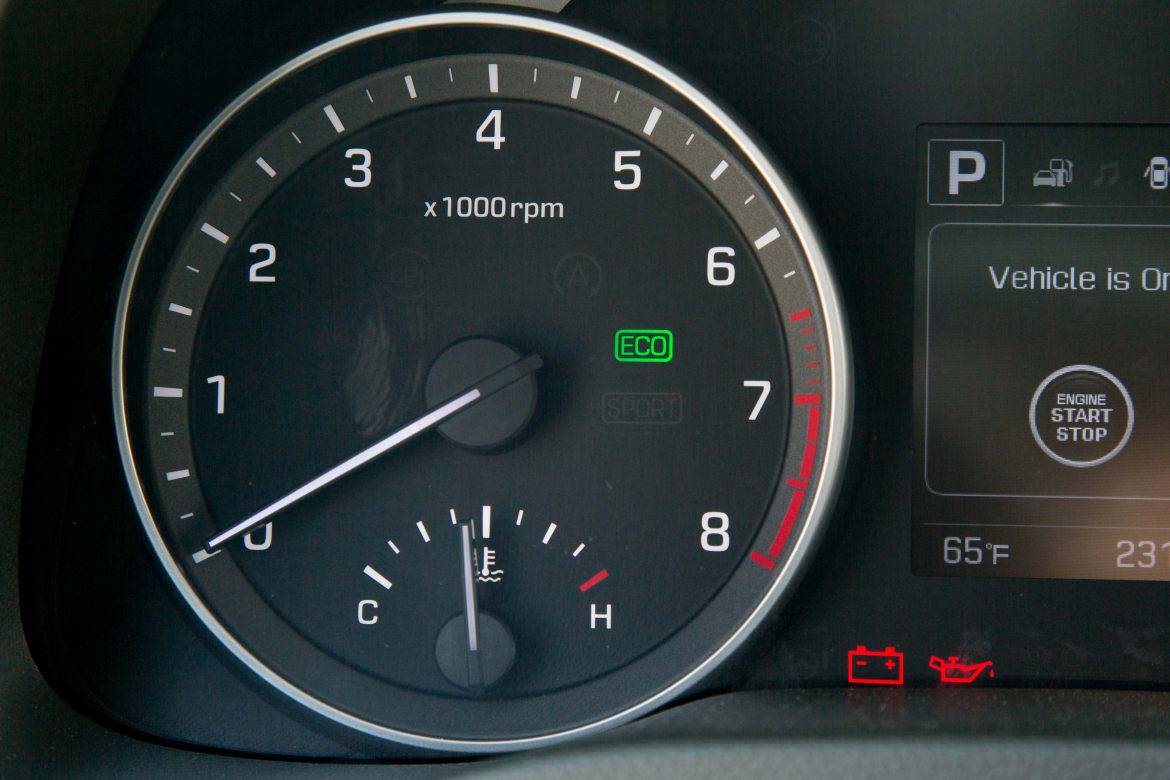 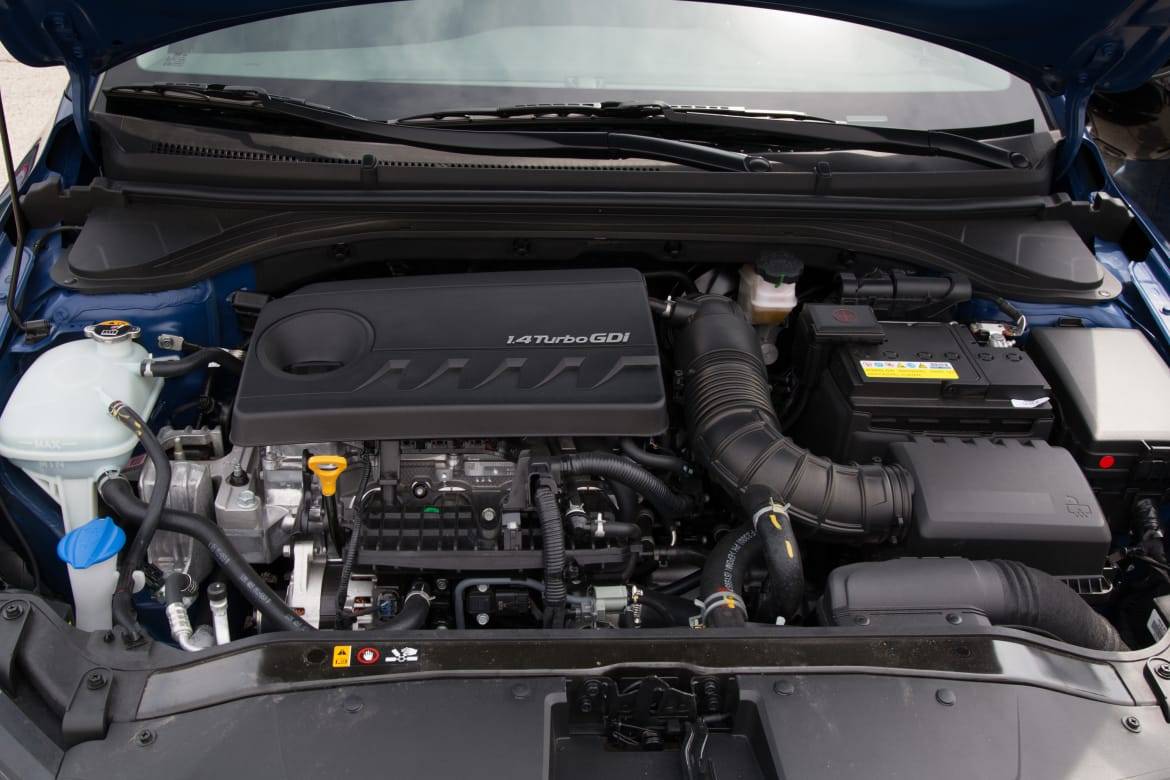 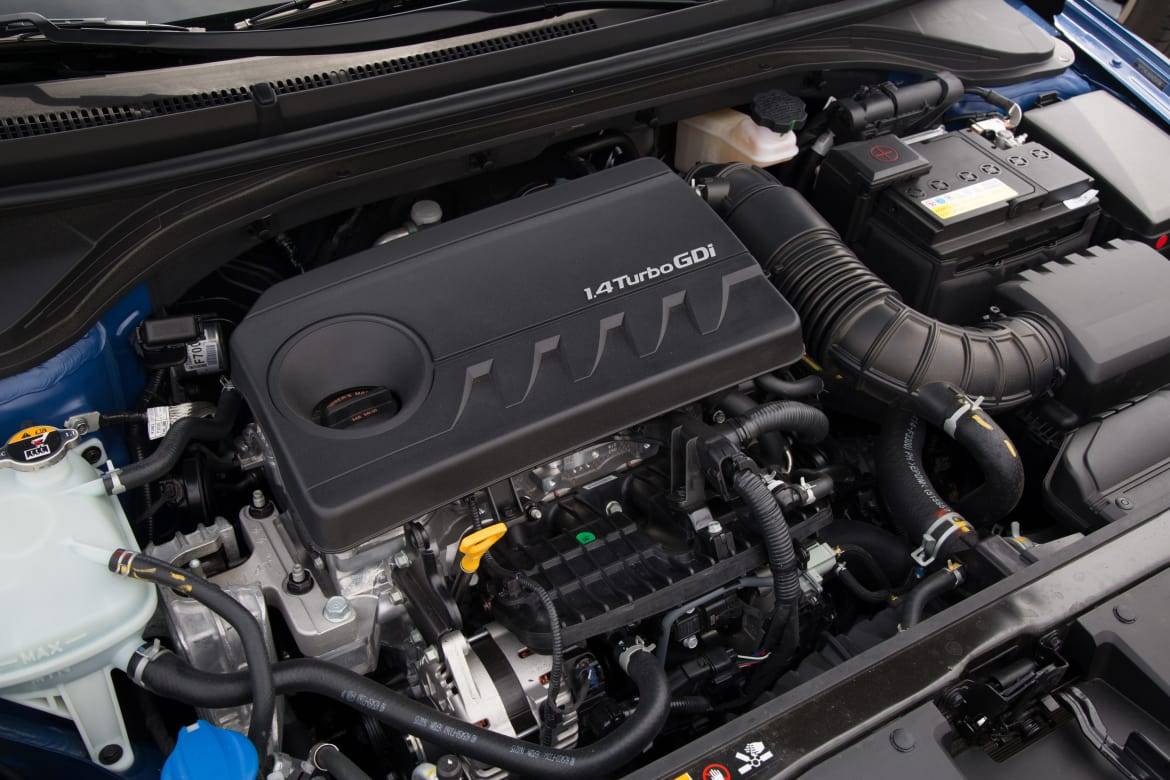 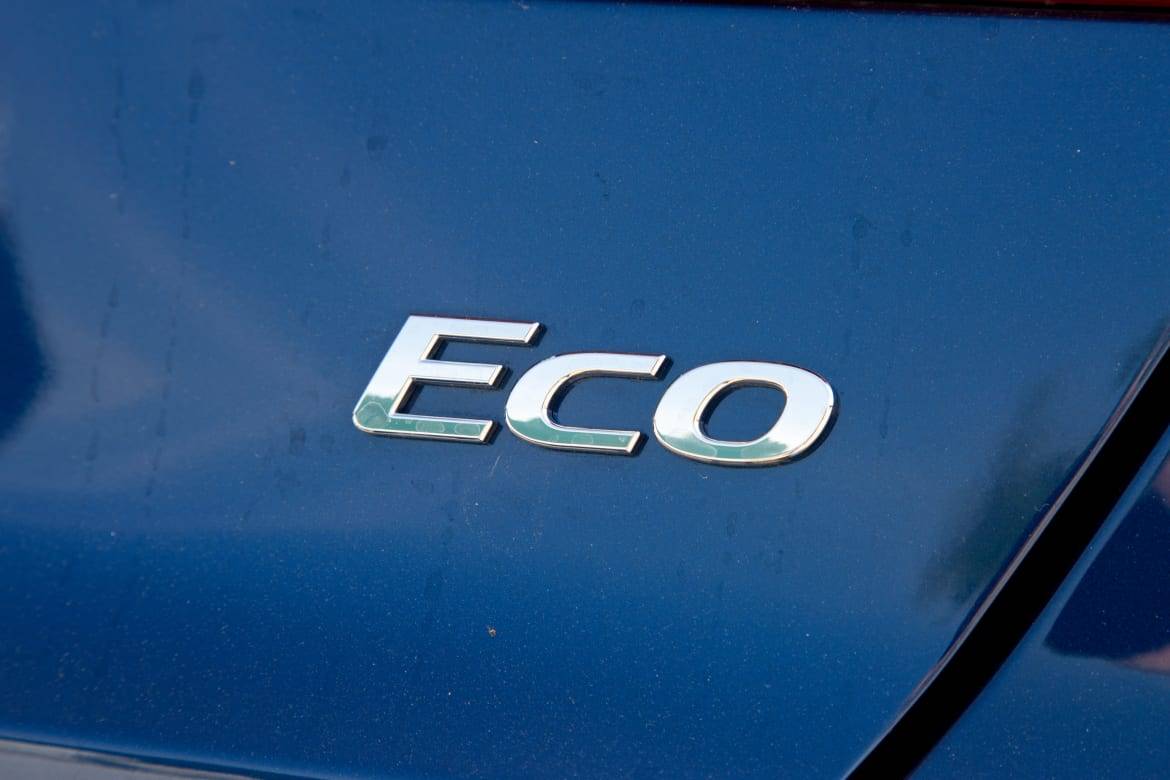