CARS.COM — With seating for eight, the 2017 Lexus LX 570 can easily handle hauling families, whether large or small. With its wide second-row bench, the LX 570 fits three car seats. The third-row bench is also wide, but with its 50/50 split, the unlucky person sitting in the middle seat will be straddling the seat split. Our test SUV had leather seats and power-folding second and third rows. 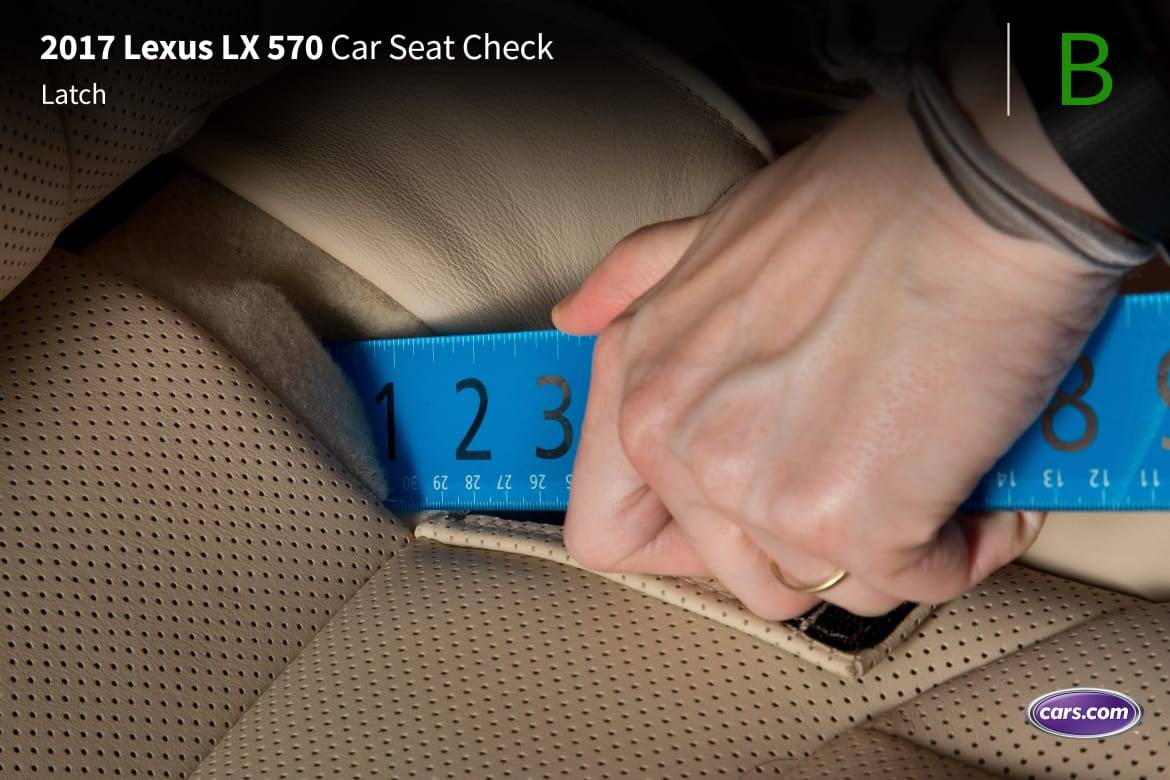 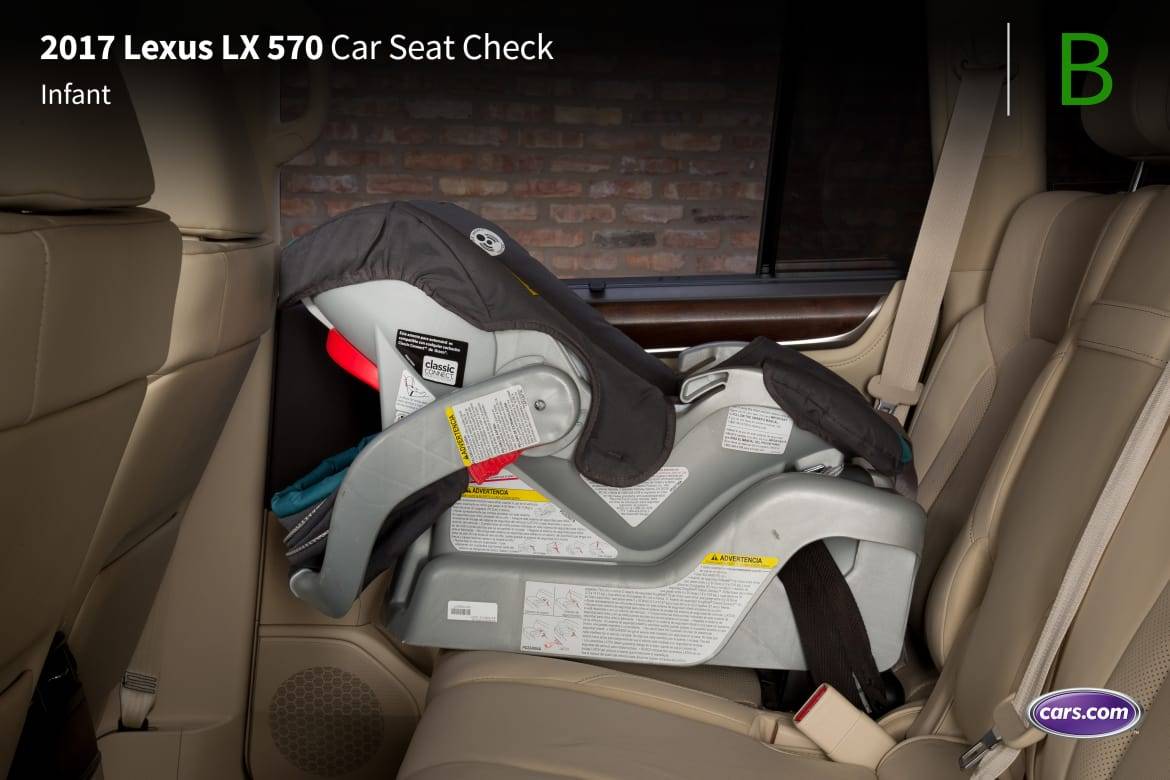 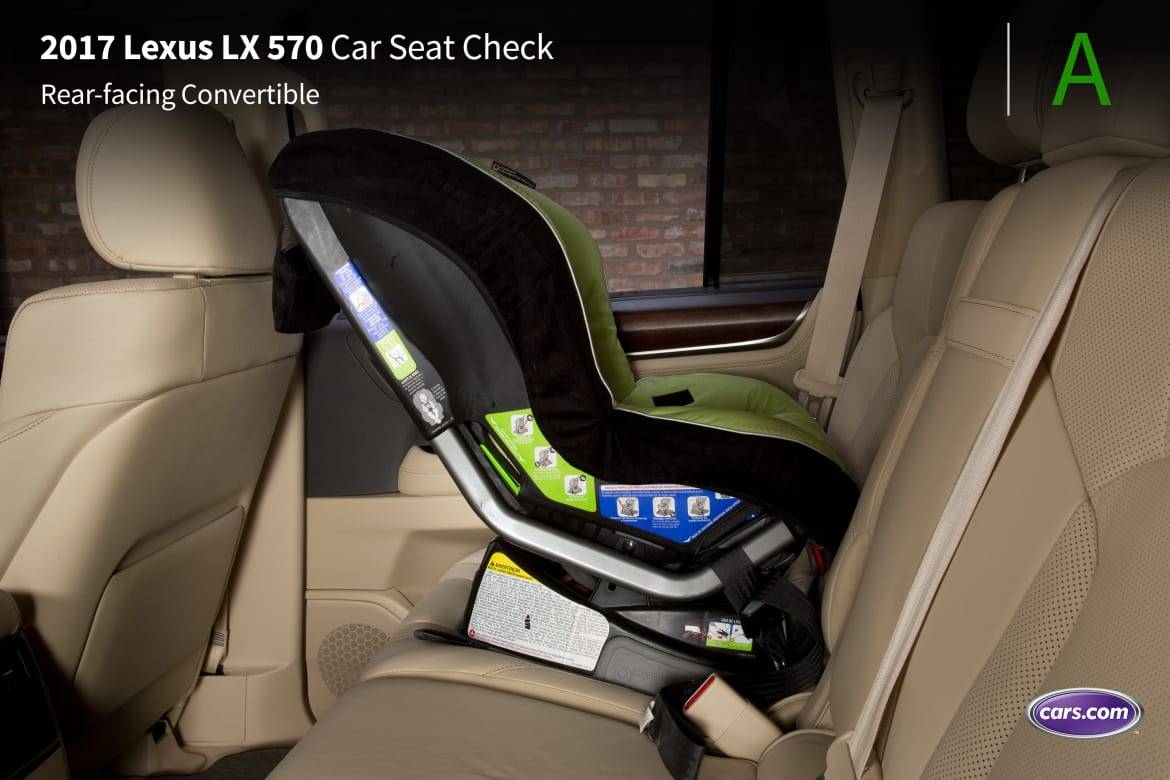 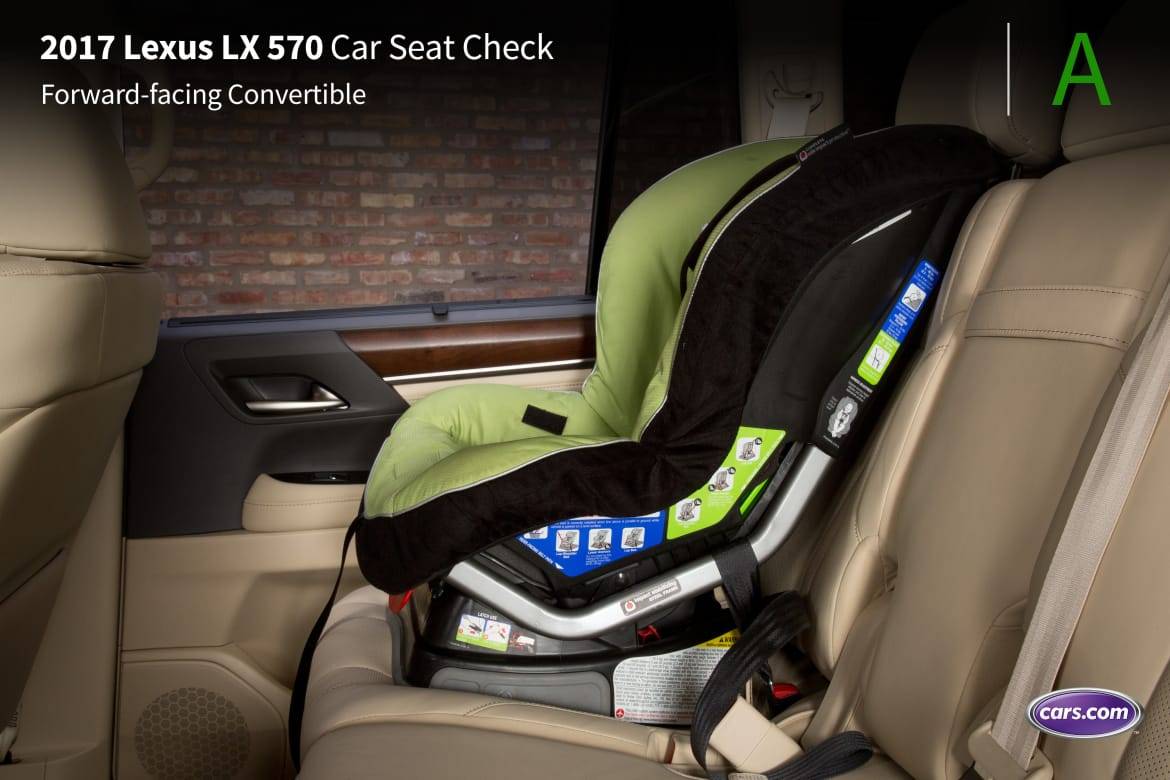 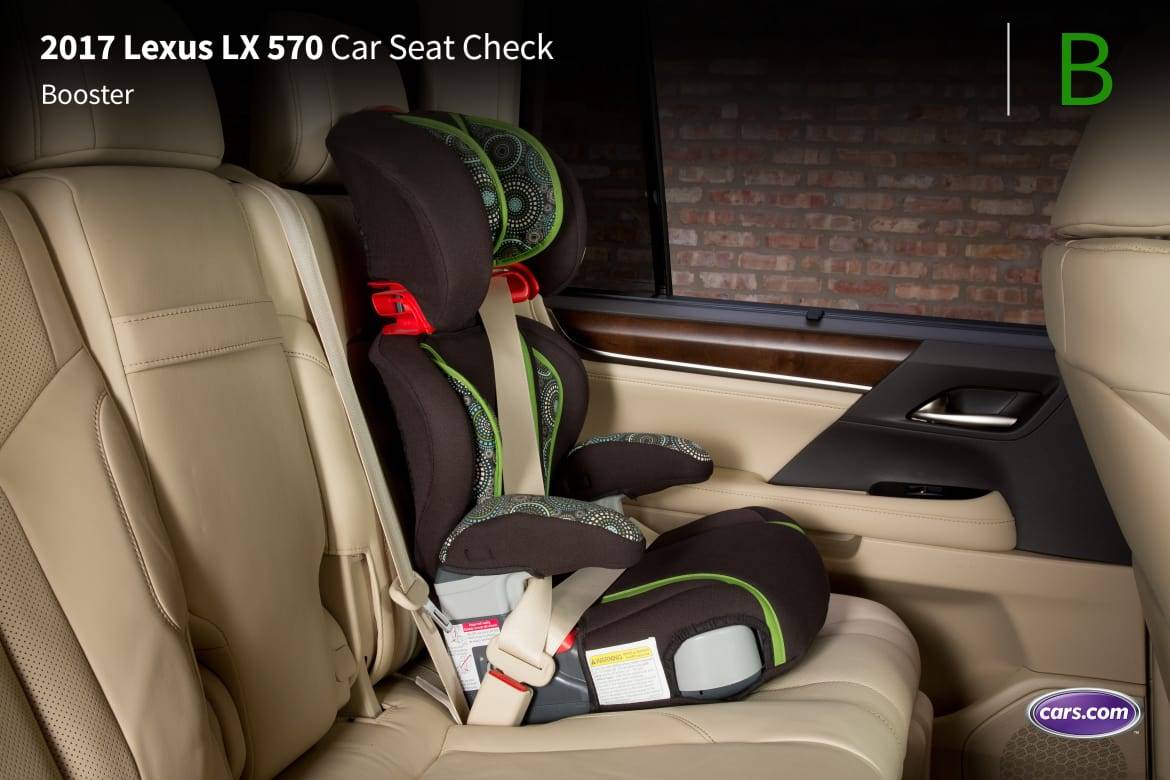 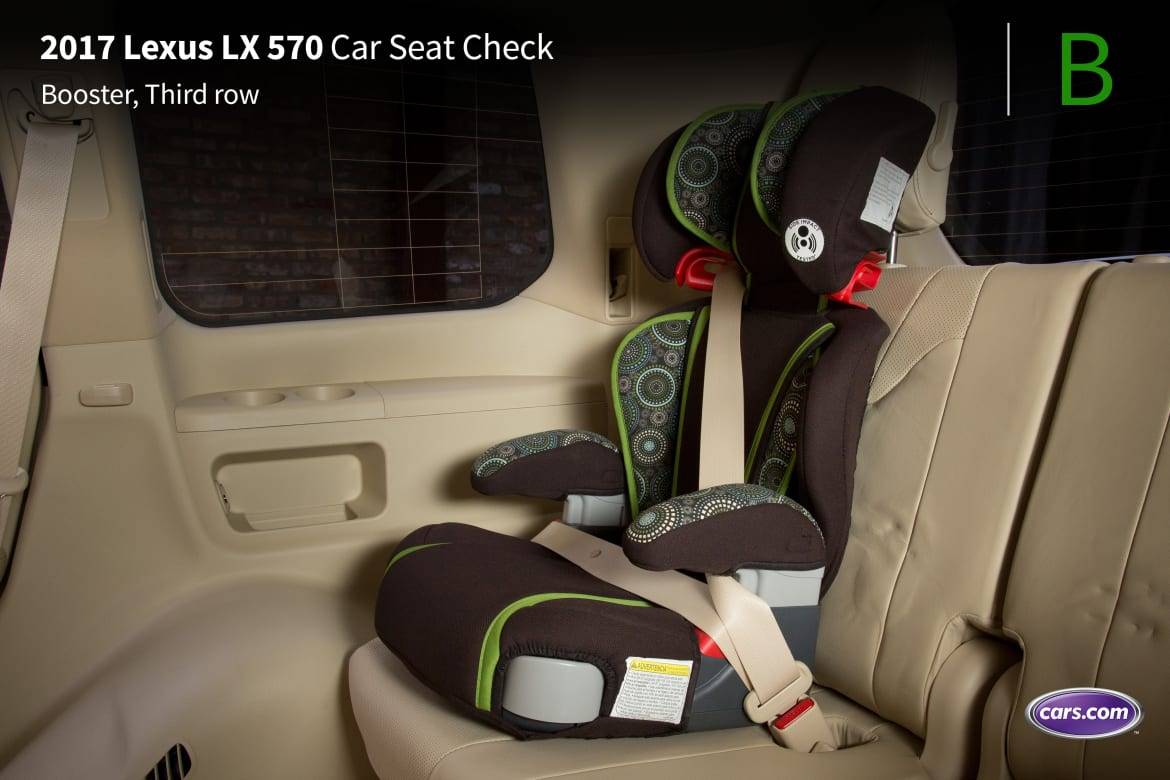 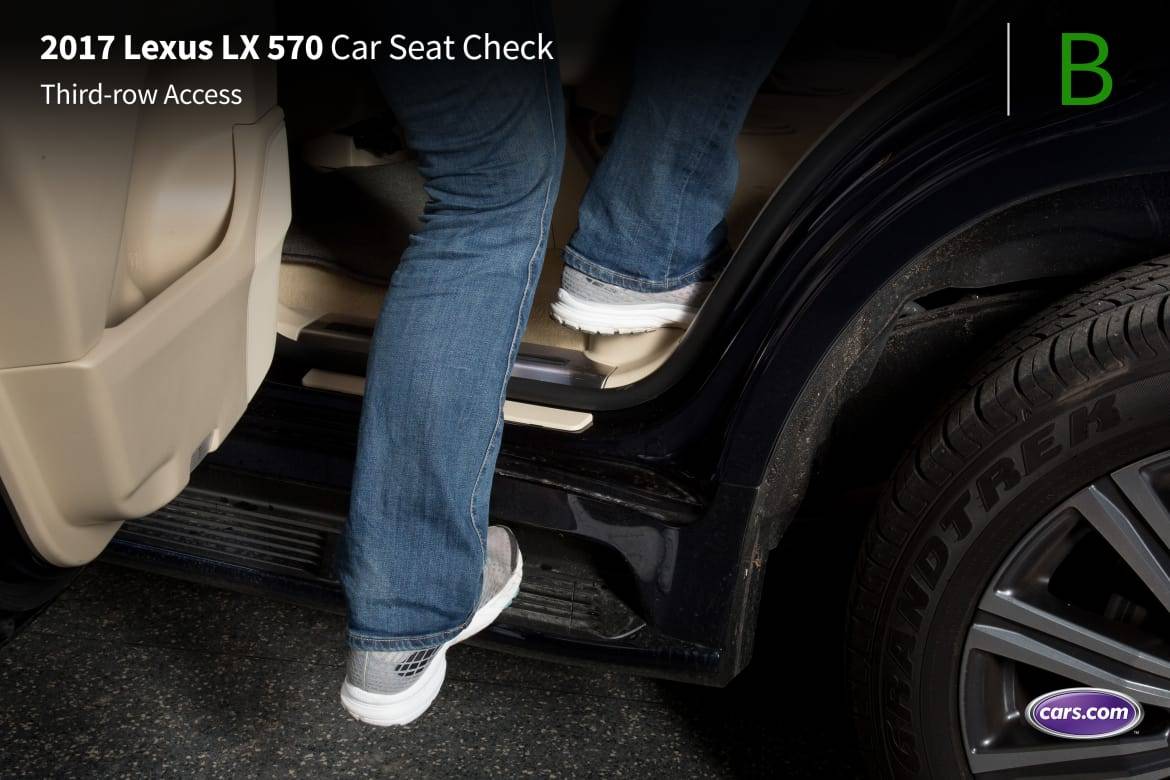 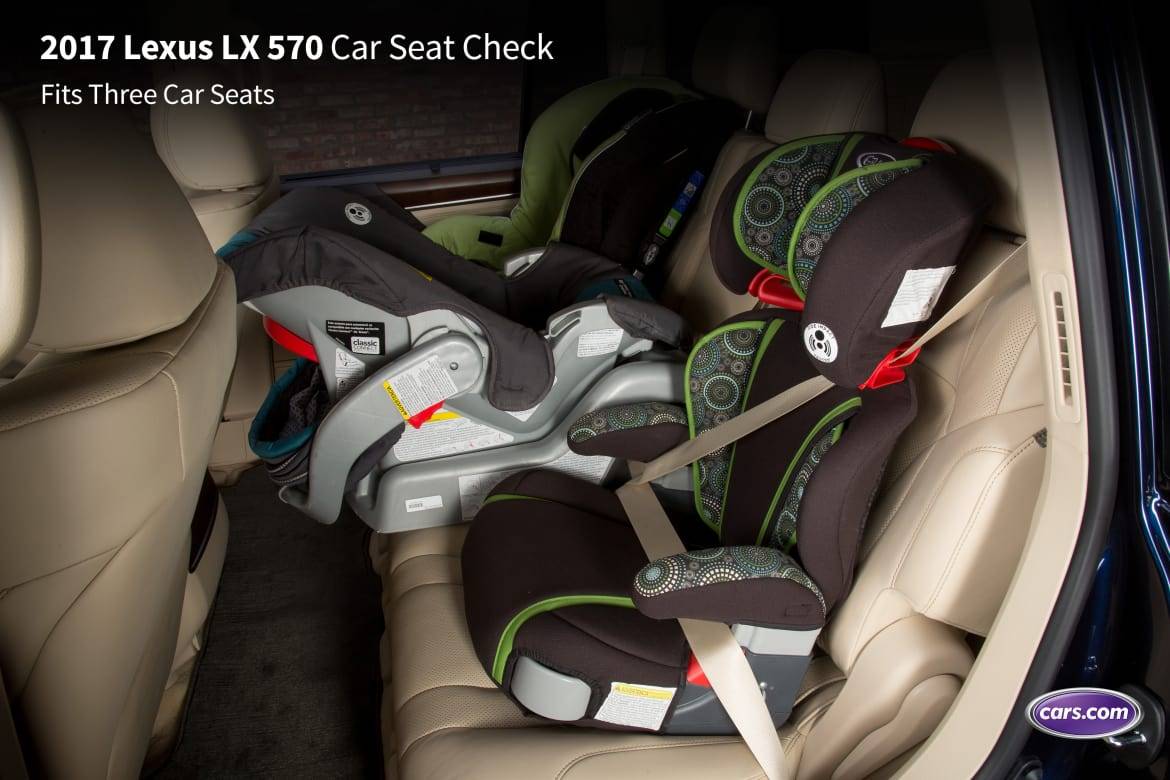