Looks like: Porsche grafted the new 911’s tail onto the Panamera and smoothed out its bulbous haunches

CARS.COM — Porsche redesigned its Panamera sedan — er, hatchback — and the results appear to tone down the first generation’s controversial profile. Available with turbocharged V-6 and V-8 engines at launch, the second-generation Panamera will compete with pricey luxury cars from the Mercedes-Benz S-Class to the Tesla Model S when it goes on sale in January 2017.

We’ll reserve judgment until we see it in the flesh, but Porsche’s photos suggest the redesign addressed the first generation’s bulky tail. The roof drops sleekly into the trunk, with roofline height down about an inch at the rear versus the prior generation. A pencil-thin light bar joins the horizontal taillights, with the latter similar to the lights on Porsche’s 911 and Macan. Taken together, it’s the clearest departure from the old Panamera.

Changes are harder to see up front. The headlights add some sophistication, with four-point LED daytime running lights and three available styling configurations. The bumper gets some sharper openings, too, but the whole of it could pass for a prior-gen Panamera at a glance.

Overall width and height are about the same, but length and wheelbase have both grown a little over an inch. The front wheels sit farther forward to reduce overhang; wheel choices range from 19 to 21 inches.

The Panamera retains its predecessor’s shelf-like dashboard that flows into an upward-facing center control panel, but the elements are all new. The gauges flank an analog tachometer with two 7-inch gauge displays — the same size as the last Panamera’s dashboard display. That dash display, meanwhile, has grown to 12.3 inches. It also gets Apple CarPlay.

Below the screen are the center air vents, whose louvers function with touch-sensitive sliders. Speaking of which: Gone is the old Panamera’s button-heavy control panel, but the replacement may be worse. A sea of touch-sensitive buttons now operate certain climate and vehicle functions atop a piano-black surface. Porsche promises a “clear and intuitive user interface,” but we’ve rarely experienced that with touch controls. The proof is in the pudding; we’ll have to drive one to see for sure.

In back, passengers have an available touch-screen that operates, among other things, a four-zone climate control. The rear seats can fold in a 40/20/40-split configuration.

The 2017 Panamera will hit dealers with two available engines, but more will almost certainly come. For now, the Panamera 4S gets a 440-hp, turbocharged 2.9-liter V-6 with 405 pounds-feet of torque, while the Panamera Turbo gets a 550-hp, 4.0-liter turbo V-8 with 567 pounds-feet of torque. Both engines employ direct injection and centrally mounted twin turbos, and each drives all four wheels through an eight-speed dual-clutch automatic transmission.

With their optional Sport Chrono packages, the 4S and Turbo hit 60 mph in as little as 4.0 and 3.4 seconds, respectively. Those numbers are incrementally quicker than the last Panamera and handily beat manufacturer-estimated times for the quickest versions of other German flagships — though if acceleration is king, the stupid-quick Tesla Model S P90D torches the whole group.

Similar to the 918 Spyder, the Panamera has a rotary dial at 4 o’clock on the steering wheel that allows you to choose between three driving modes. There’s also a fourth, custom mode to configure individual drive settings, as well as a Sport Response button that shortcuts all settings to maximum power.

Available technologies include an active air suspension and rear-wheel steering, the latter adapted from the 918 Spyder and 911 Turbo. The adaptive cruise control can use navigation data to compute optimal acceleration and deceleration to maximize efficiency up to 1.8 miles ahead of the Panamera, including corners, speed limits and hills. 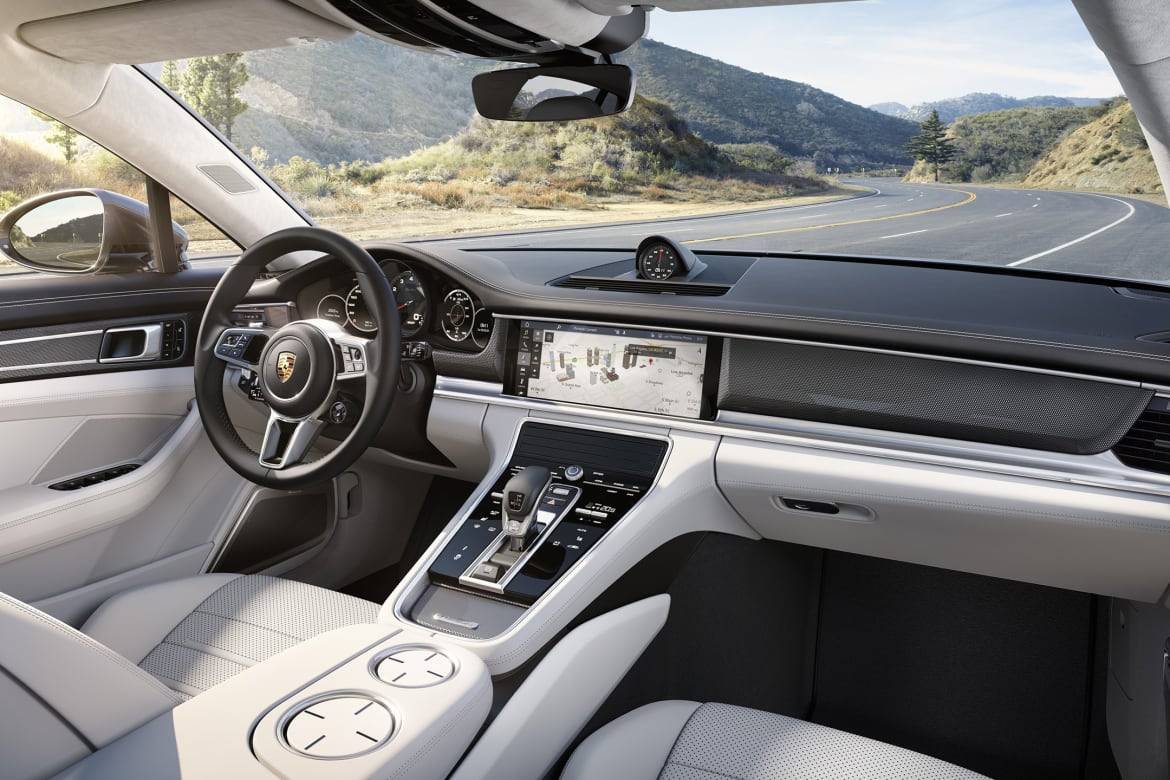 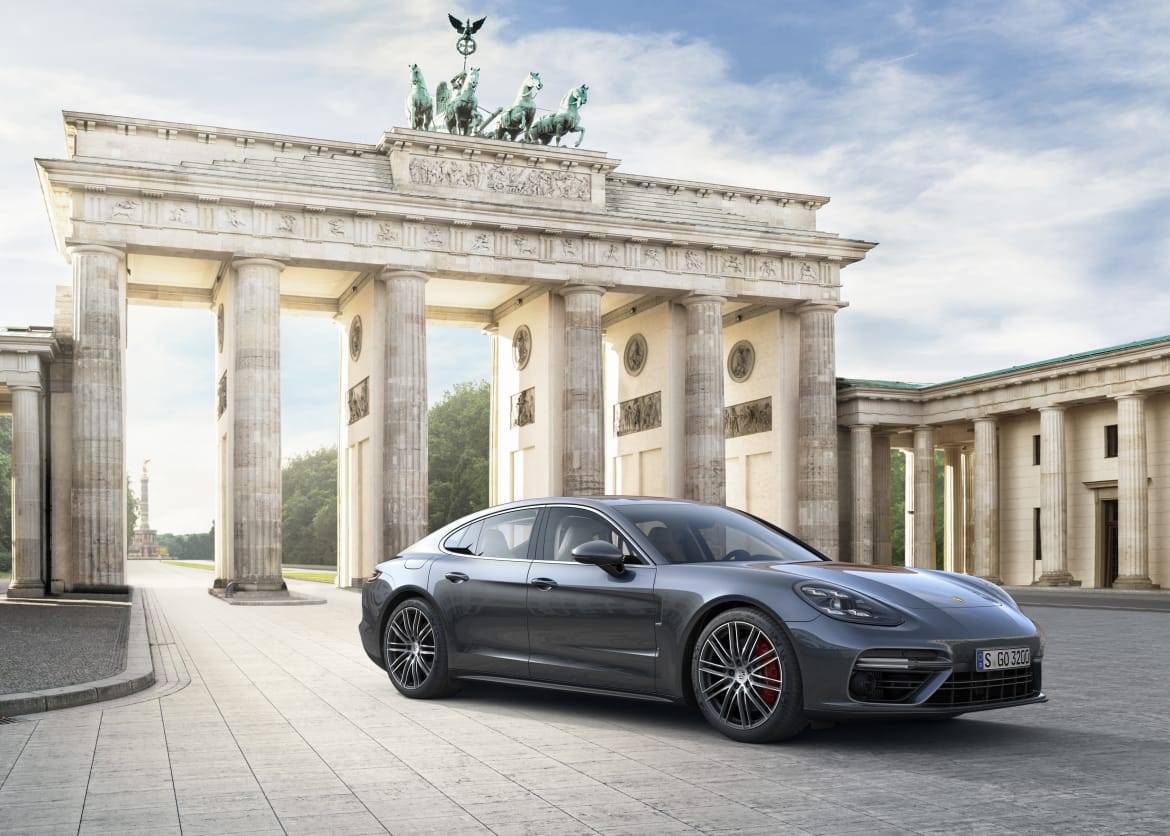 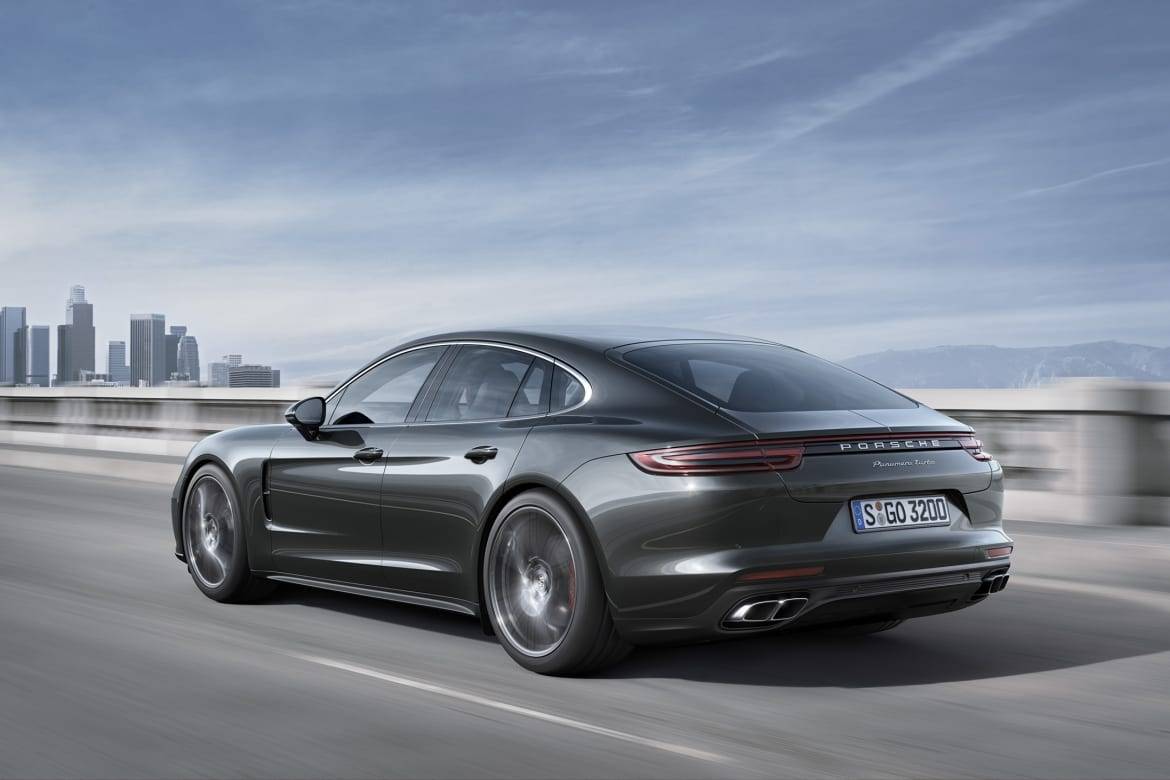 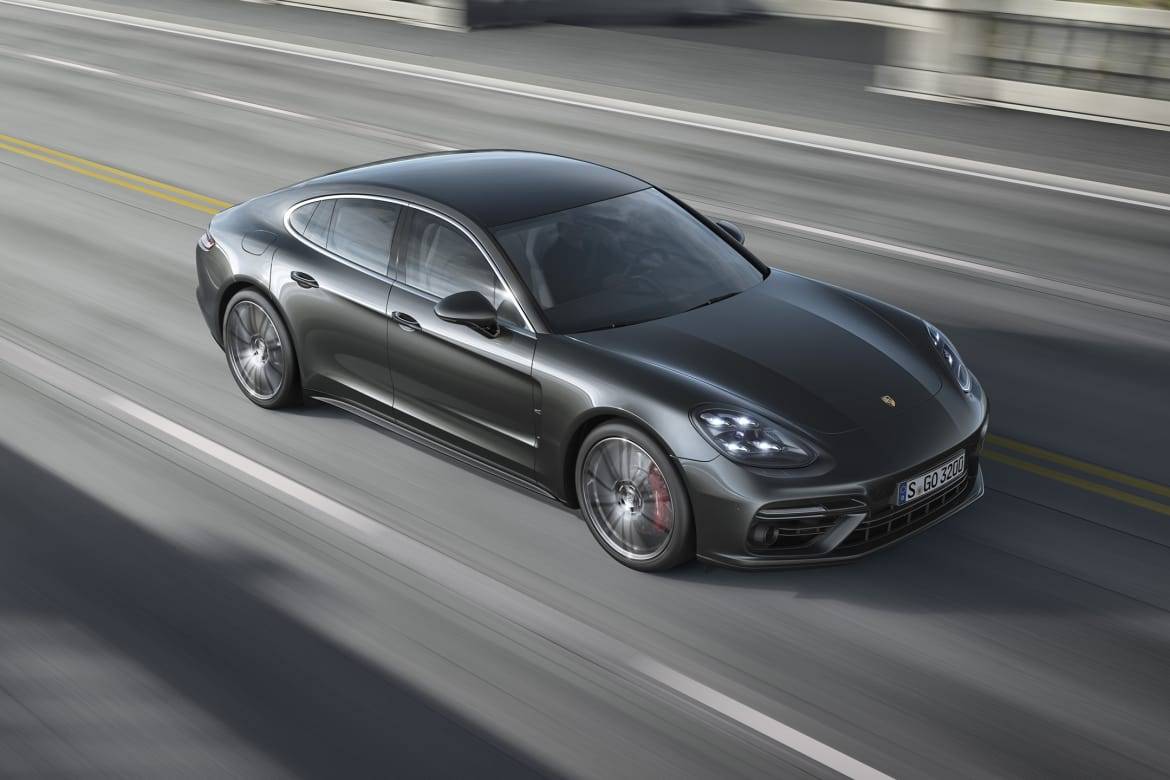 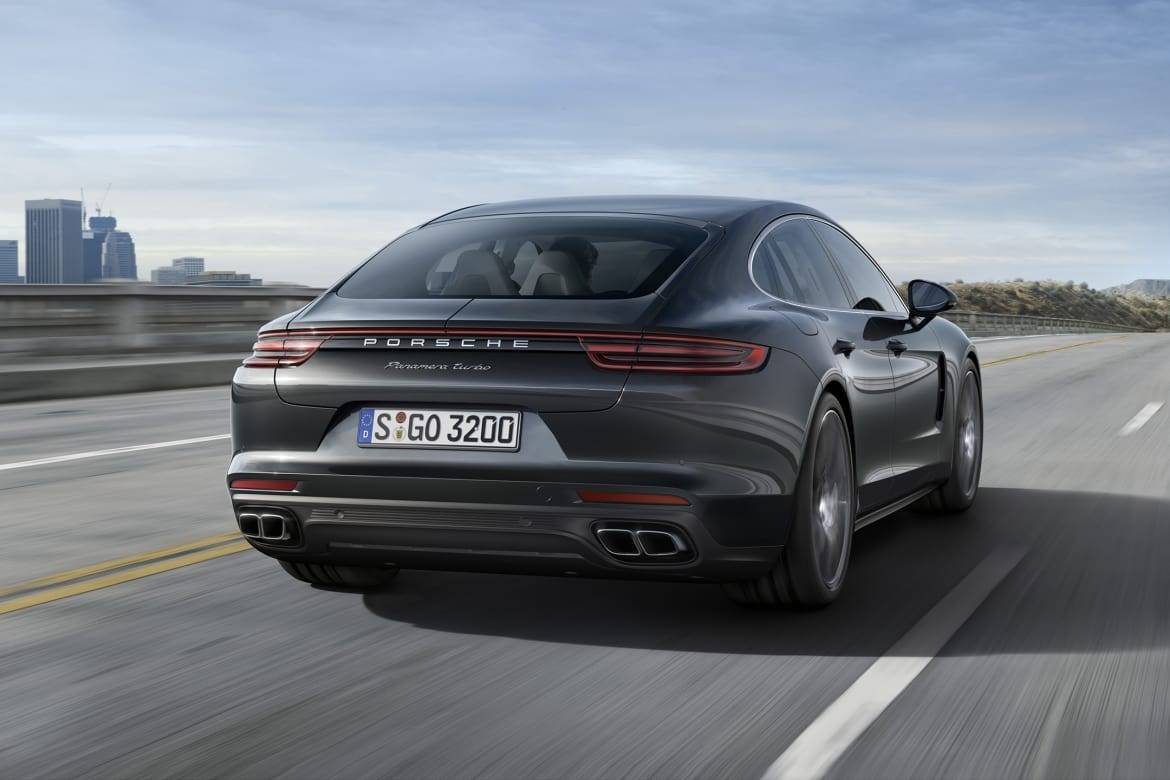 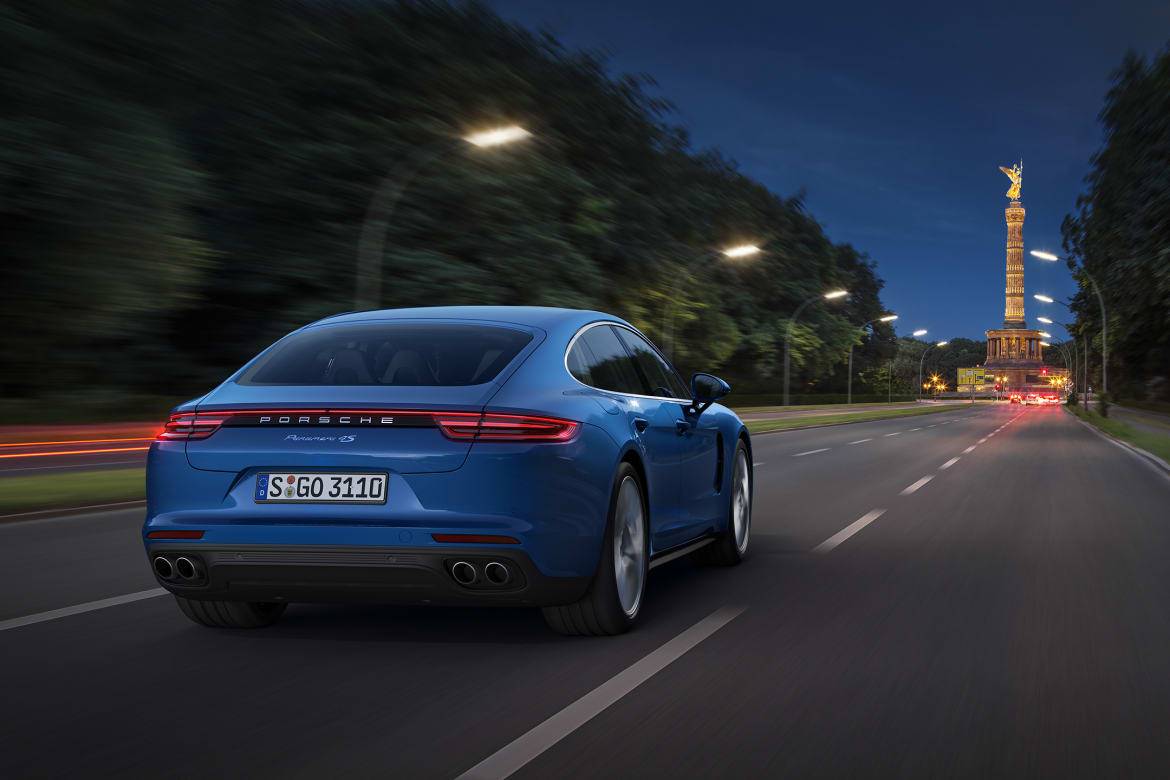