CARS.COM — The last time we performed a Car Seat Check on the Toyota Land Cruiser was for the 2013 model year, when the aptly named eight-seat SUV was a big, burly, spendy, fuel-guzzling behemoth with more off-road capability than most families likely needed. A light refresh for the 2016 model year didn’t change much, if anything, on any of those fronts. And although the Land Cruiser offers much in the way of comfort, backseat space remains troublesome in the 2017 version — and that impacts car-seat accommodation. 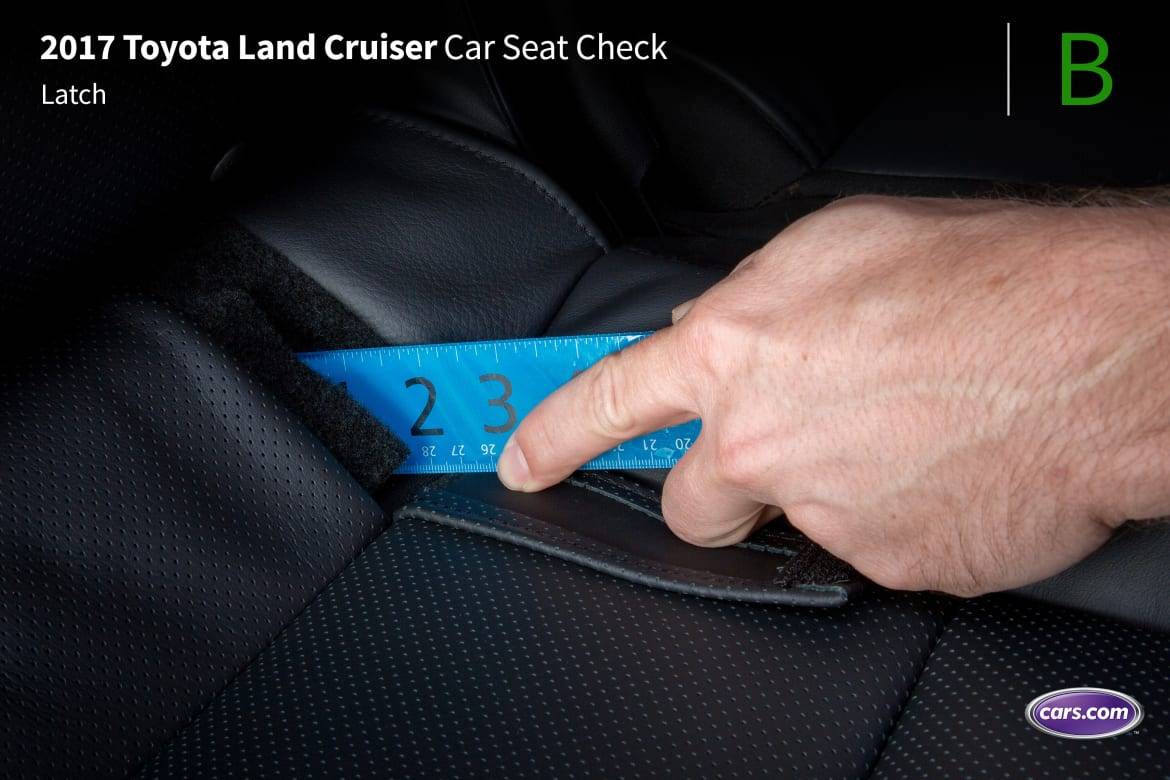 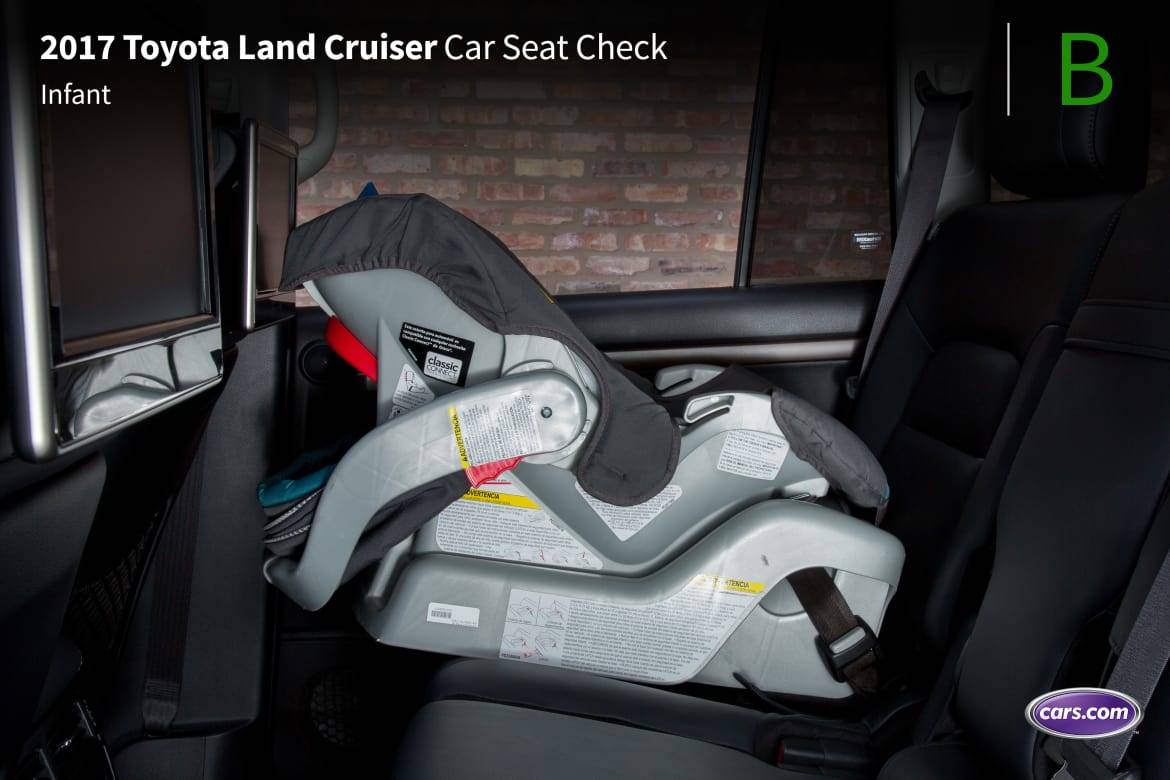 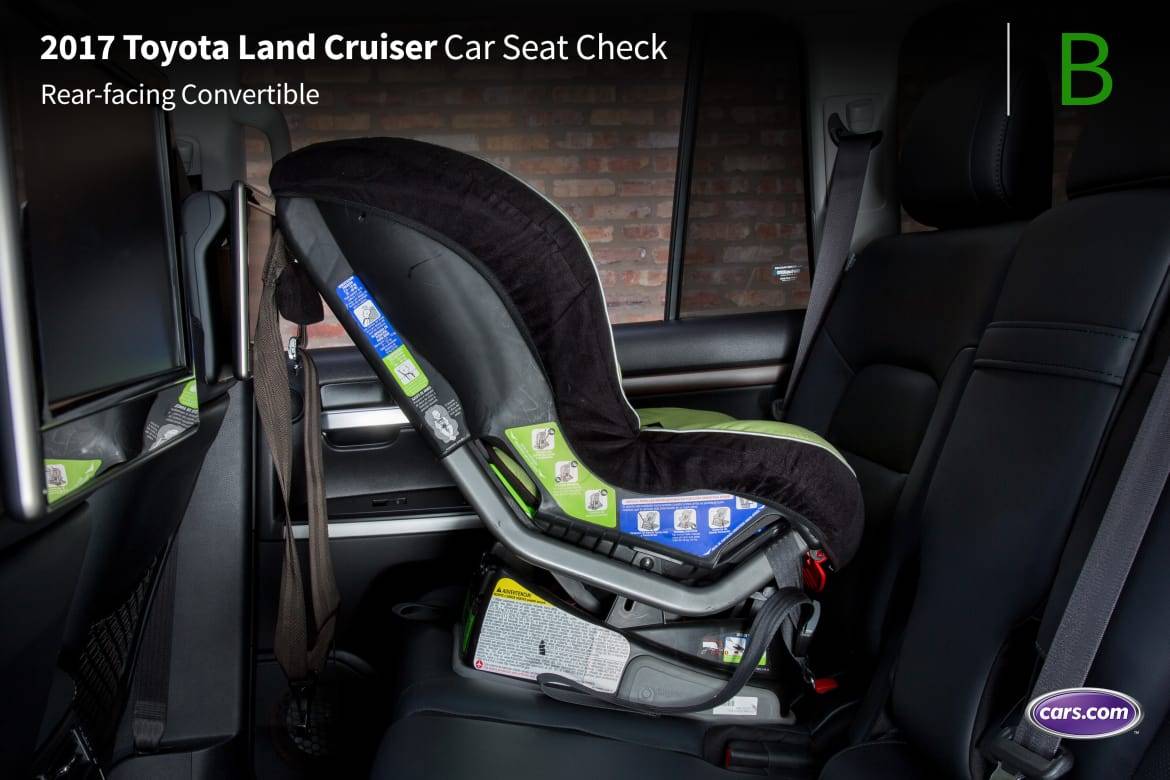 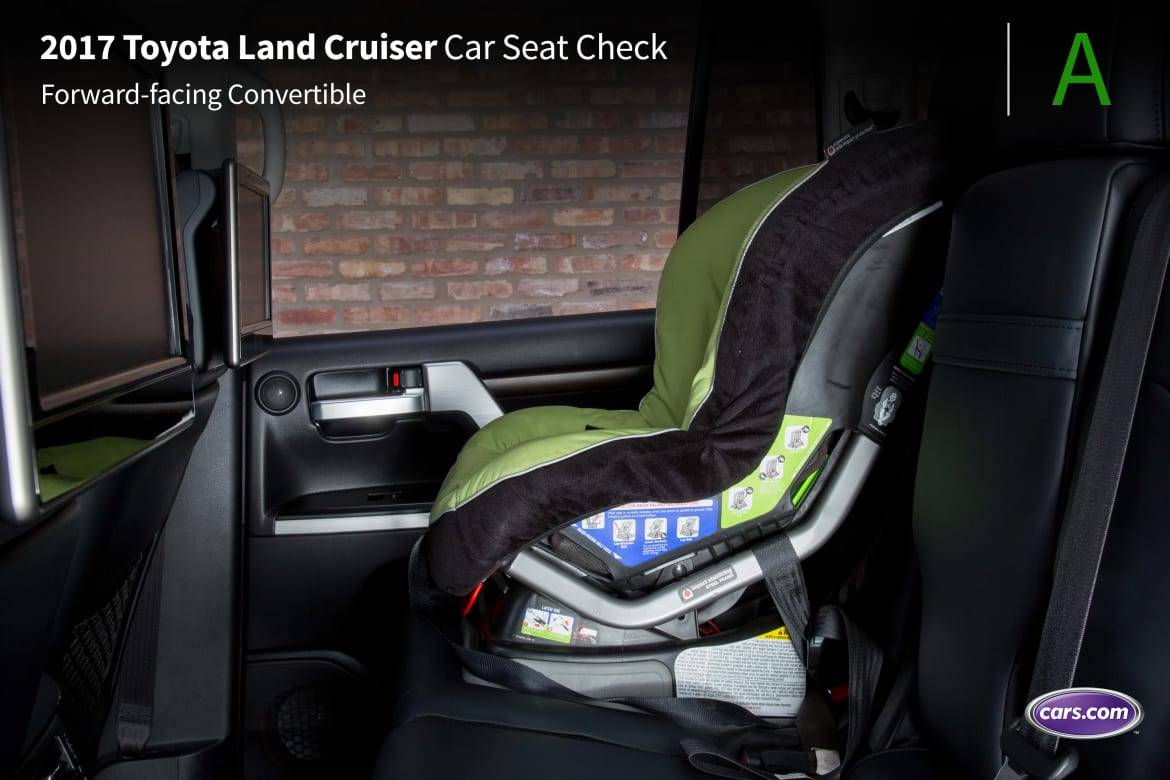 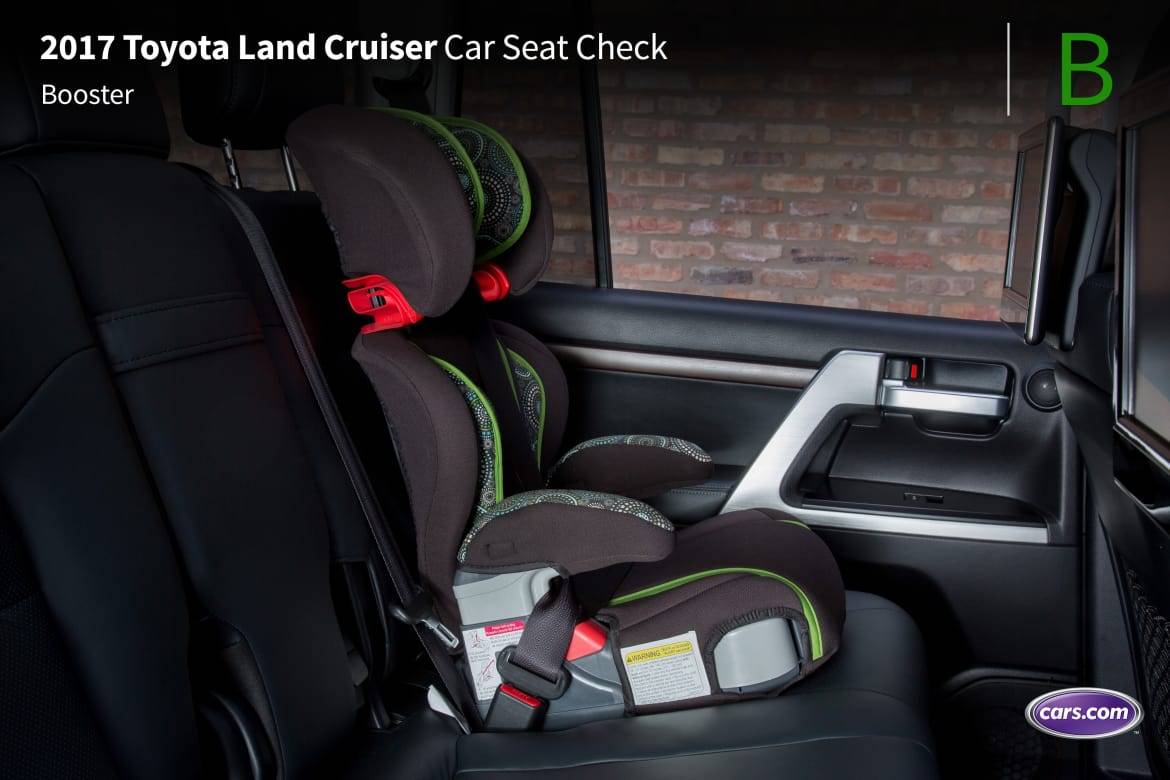 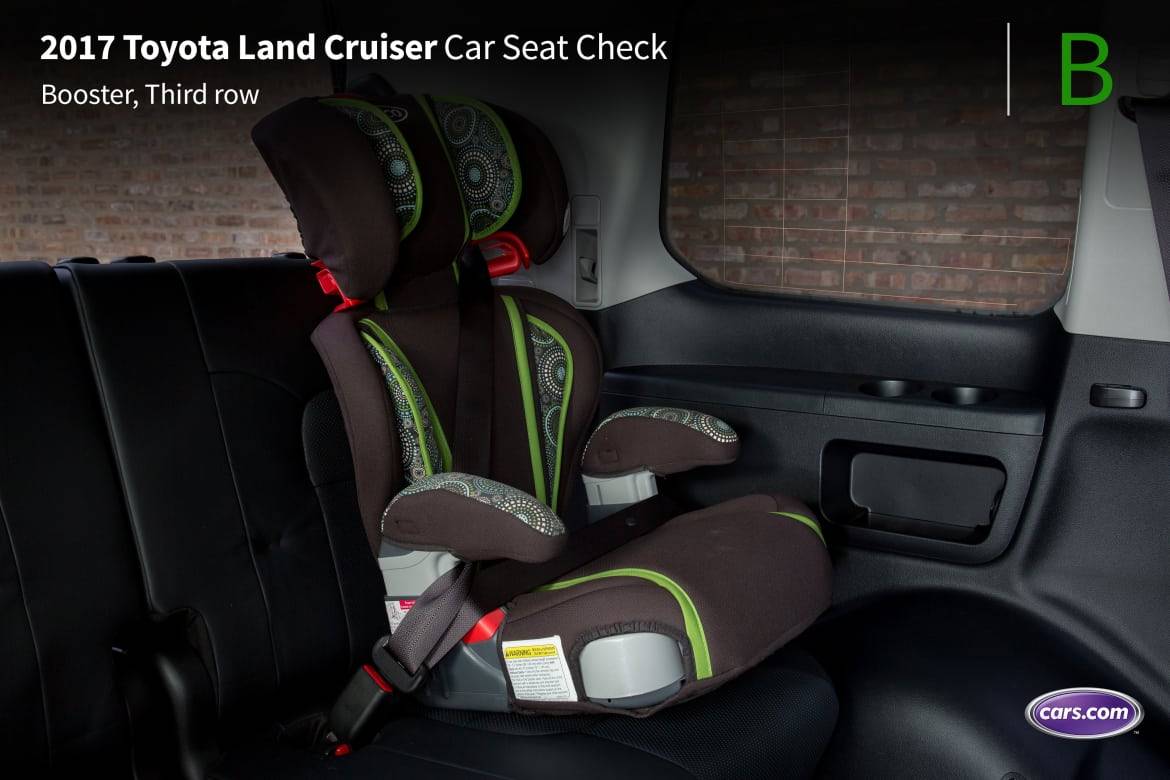 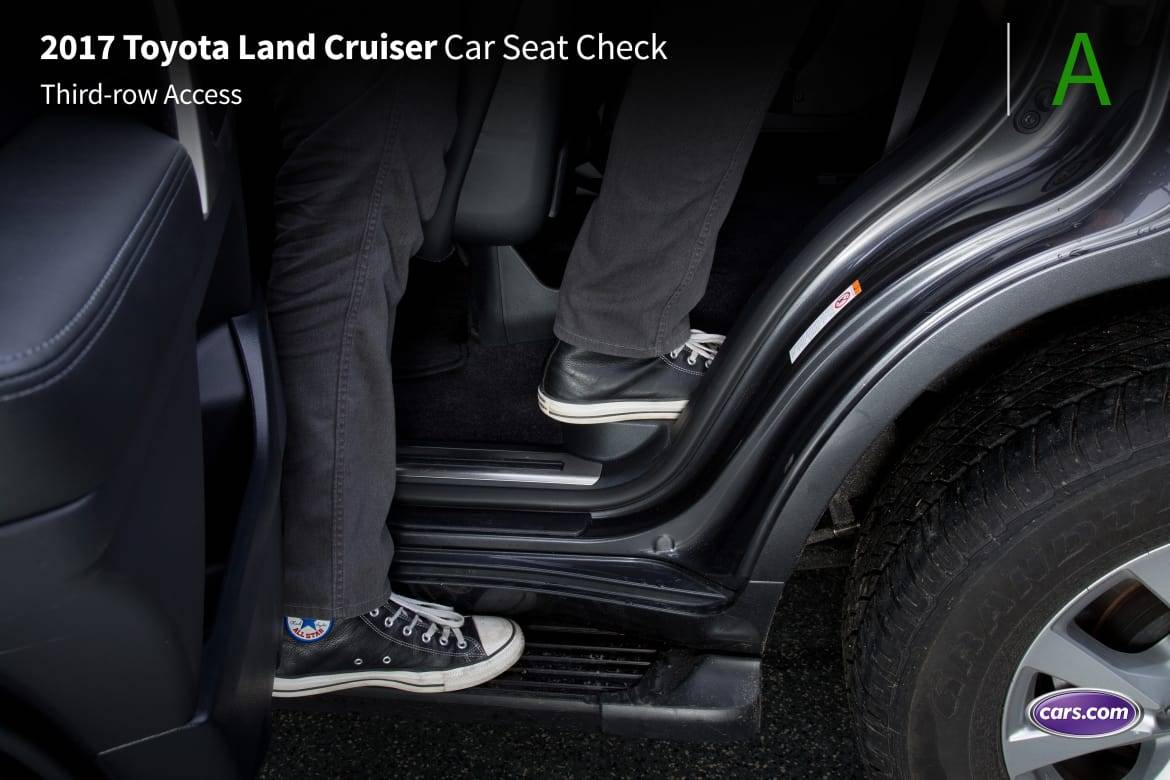