Looks like: Curvier styling makes the Terrain look more similar to the other members of this class, but the wraparound glass to the sides and rear evoke the Nissan Murano.

Compact SUV sales have been gaining steam over the past few years with no signs of abatement. Its GMC’s turn to get back into the fight with a full redesign of the 2018 Terrain.

Changes to the Terrain are extensive and include three new four-cylinder engines, including a turbo-diesel. In-cabin technology has also improved with the addition of Android Auto and Apple CarPlay. The Terrain was behind newer competition when it came to driver aids and safety technology, but that’s also being remedied in this redesign.

The 2018 Terrain will be offered in four trim levels: SL, SLE, SLT and the luxurious Denali.

The Terrain, for better or worse, had unique styling with a boxy, upright stance that was more truck-like than other compact SUVs. For 2018, a lot of the squared styling has been smoothed out, including the front grille, which is now curved. The new Terrain looks most interesting in profile, with the side glass wrapping around to the rear and a kink in the beltline making the windows thin as they reach the cargo area. What effect this will have on visibility remains to be seen.

Standard exterior features include LED daytime running lights and LED taillights. Seventeen-inch alloy wheels are standard, with 18-inch wheels available on SL and SLE models and standard on the SLT.

The Denali, per usual, gets its own styling touches, including body-colored lower trim pieces, chrome accents on the roof rails, door handles and side mirrors, and LED headlamps. Rounding out the Denali’s styling is the brand’s signature satin chrome grille.

The 2018 Terrain’s updates aren’t just skin-deep; there’s new technology and a few updates to the storage areas to make both more convenient. In order to make the cabin feel more refined, materials have been updated and improved and active noise cancellation is now standard, which keeps the cabin more serene.

There are 7- and 8-inch infotainment systems available, and both come with standard Android Auto and Apple CarPlay smartphone mirroring and OnStar 4G LTE Wi-Fi hot spot capability, which can support up to seven devices (subscription required).

Beyond the new technology, the interior gets a few updates to make it more practical. Both the front passenger and rear seats now fold down flat, which allows for storage of even longer cargo. In the cargo area, compartments have been added under the floor for more secure storage, as well.

An efficient diesel engine is also available for the 2018 Terrain; the turbo-diesel 1.6-liter four-cylinder is good for 137 hp and 240 pounds-feet of torque. It gets a six-speed automatic transmission.

The Terrain will be offered with both front- and all-wheel drive. Both FWD and AWD models come standard with a Traction Select system for different driving conditions. Also new for 2018 Terrain models with AWD is a selectable FWD mode: It disconnects the AWD system to maximize fuel economy in conditions where AWD isn’t needed.

GMC also cited two other new safety features, made with families in mind. The first is a rear-seat reminder, which reminds the driver to check the rear seat when getting out of the car. There is also a suite of features for teen drivers (and their anxious parents). This allows parents to set constraints and can keep a report card of how the teen is driving to help encourage better habits.

Pricing details for the redesigned 2018 Terrain were not yet announced. It will arrive at dealerships sometime in the summer of 2017. 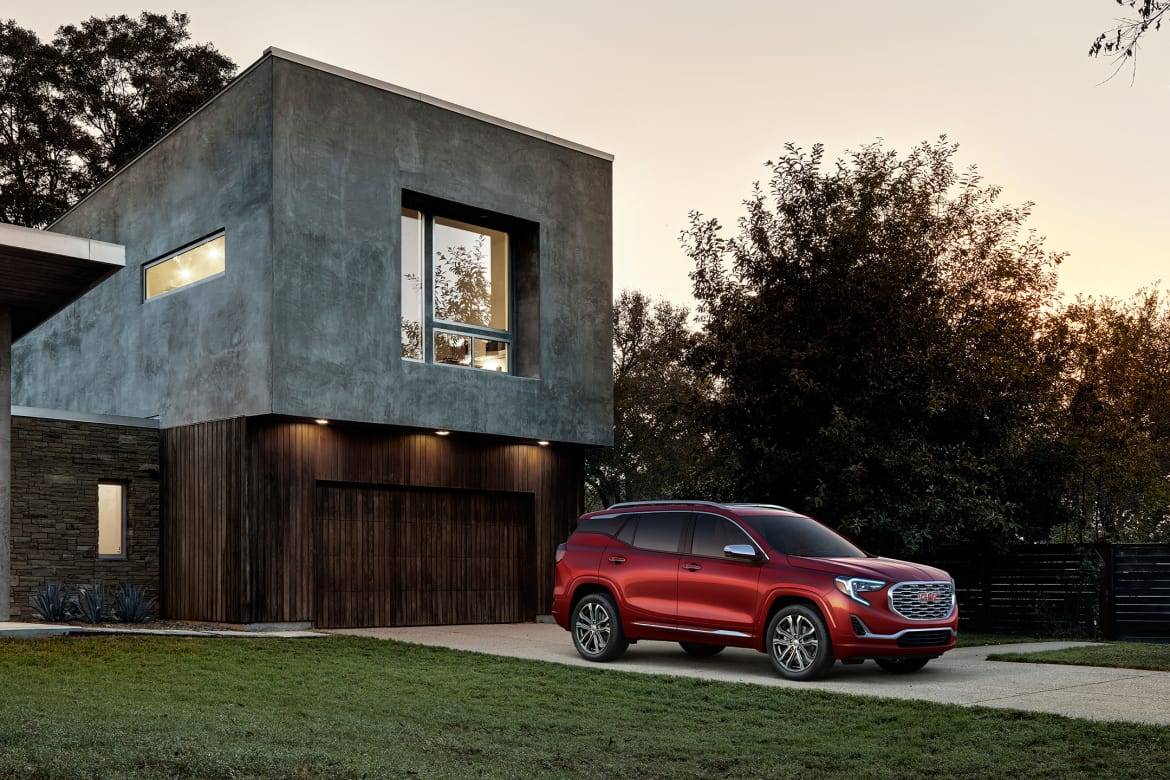 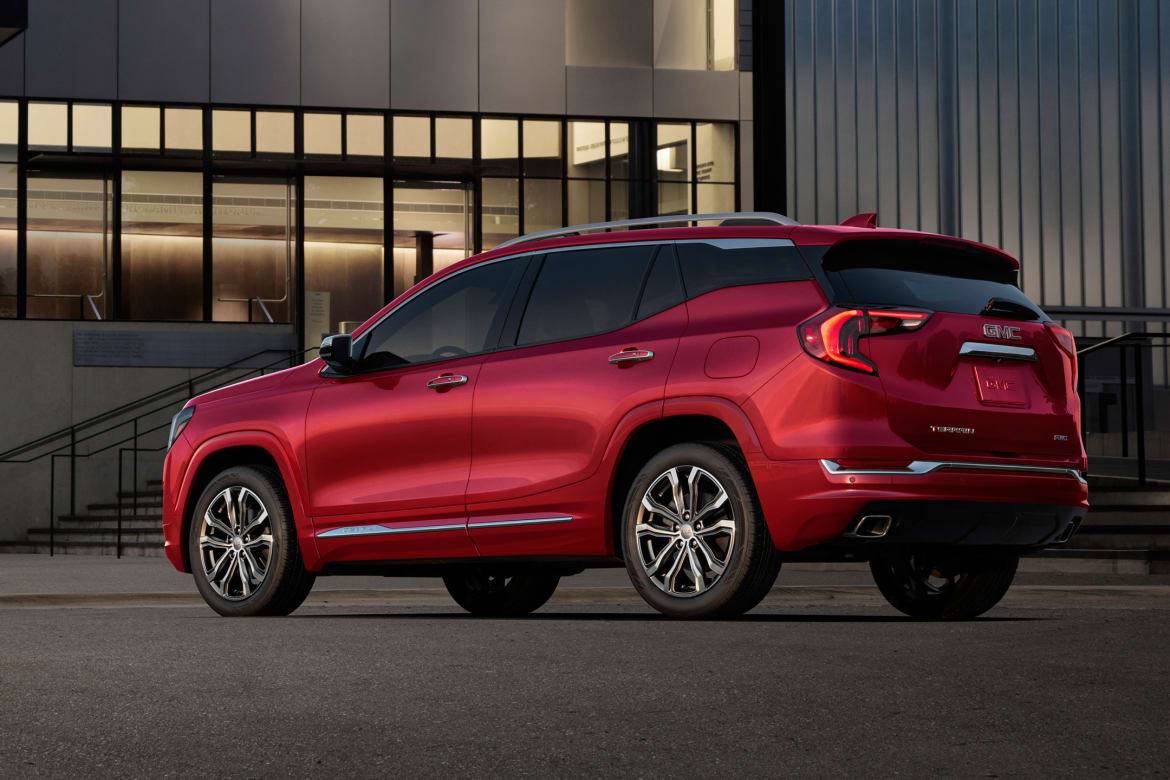 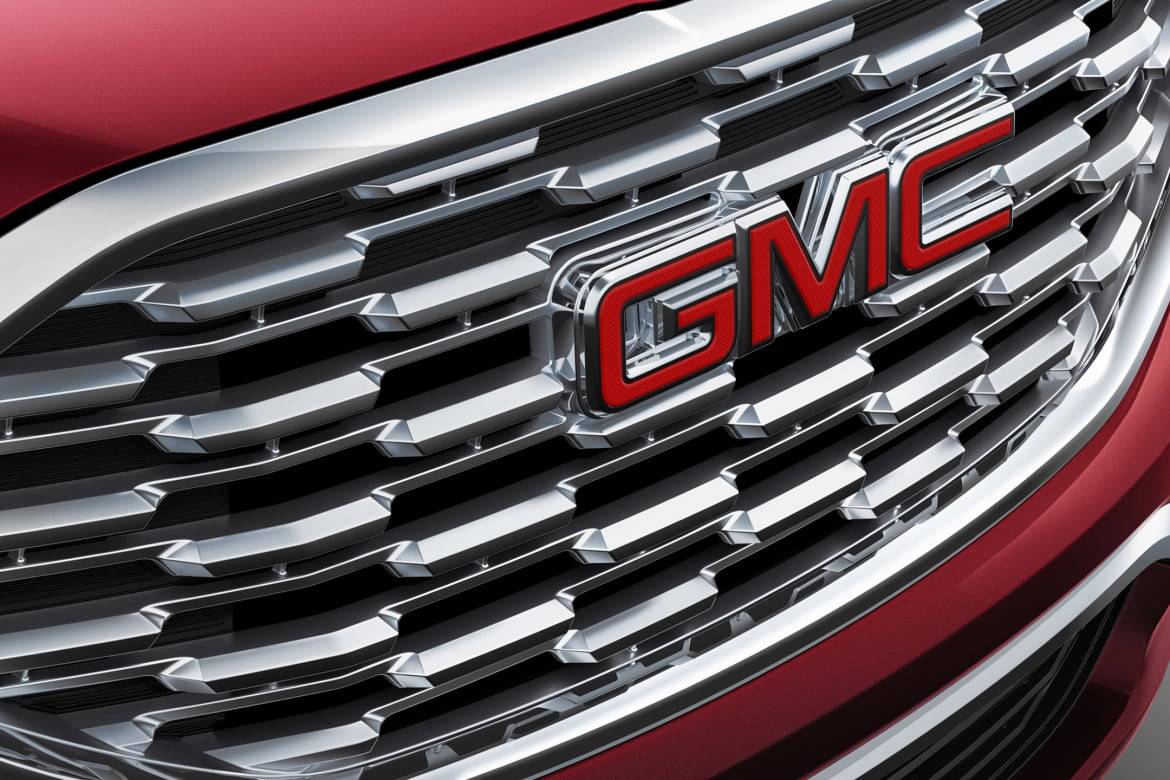 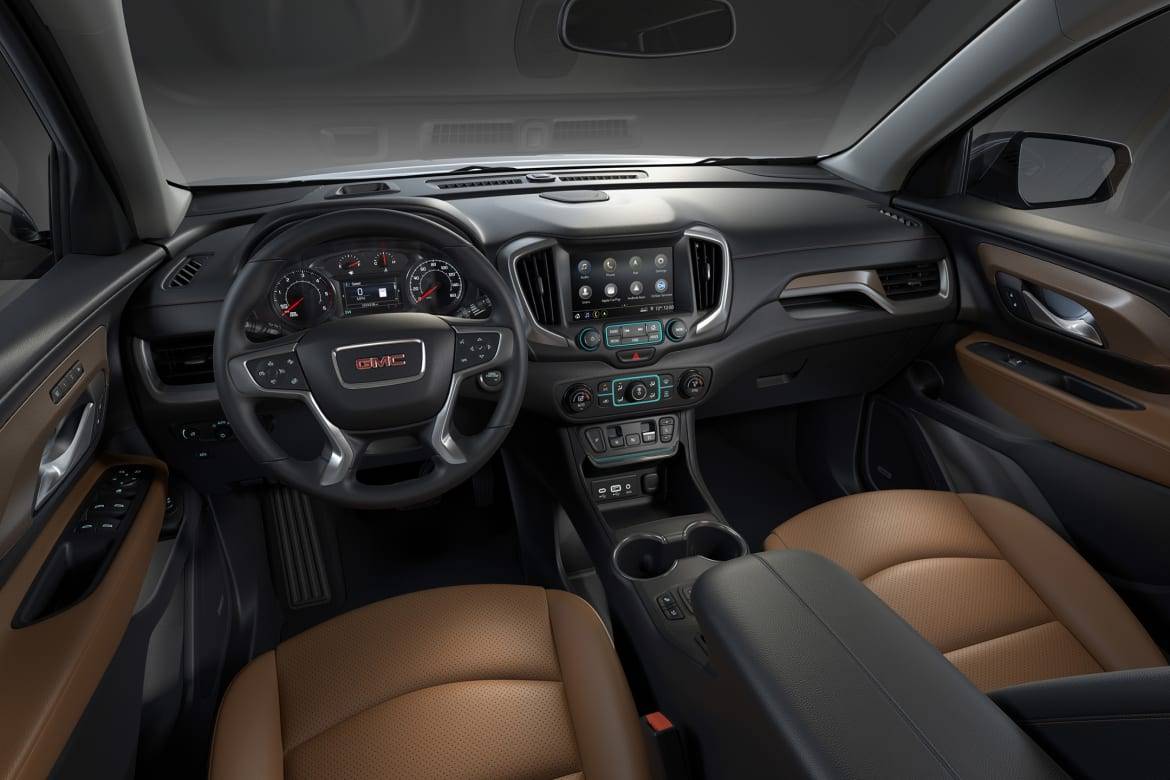 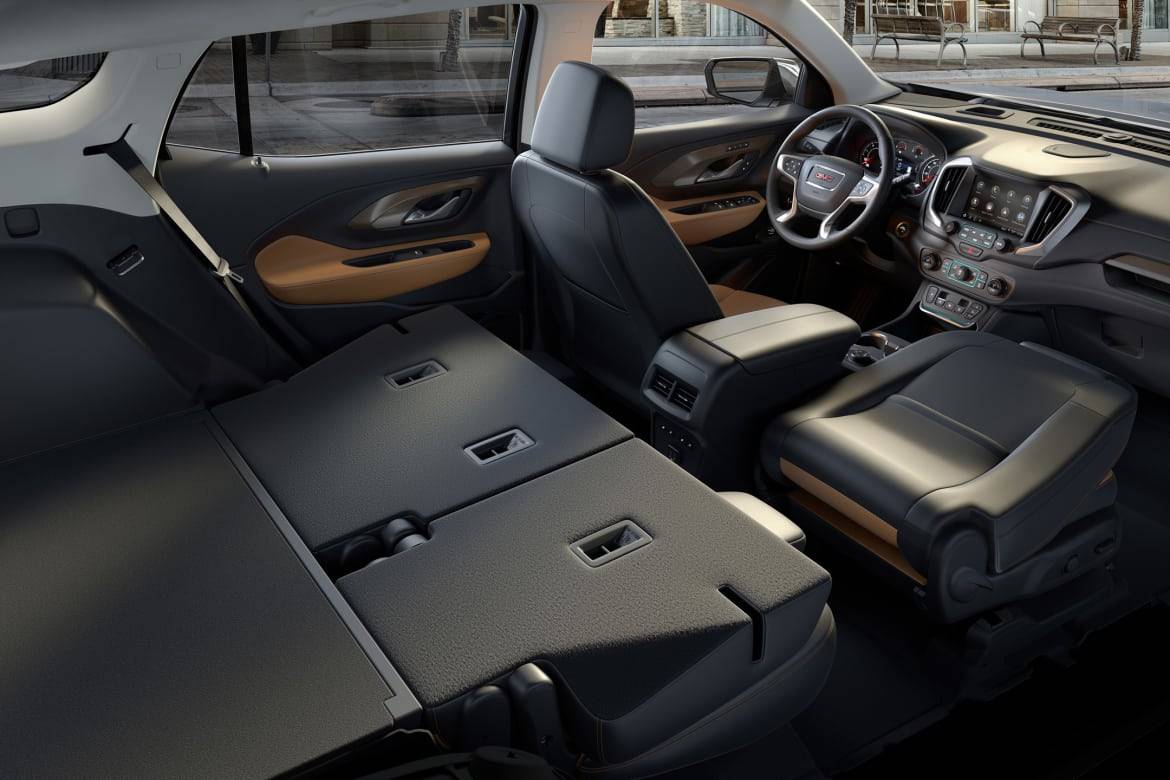 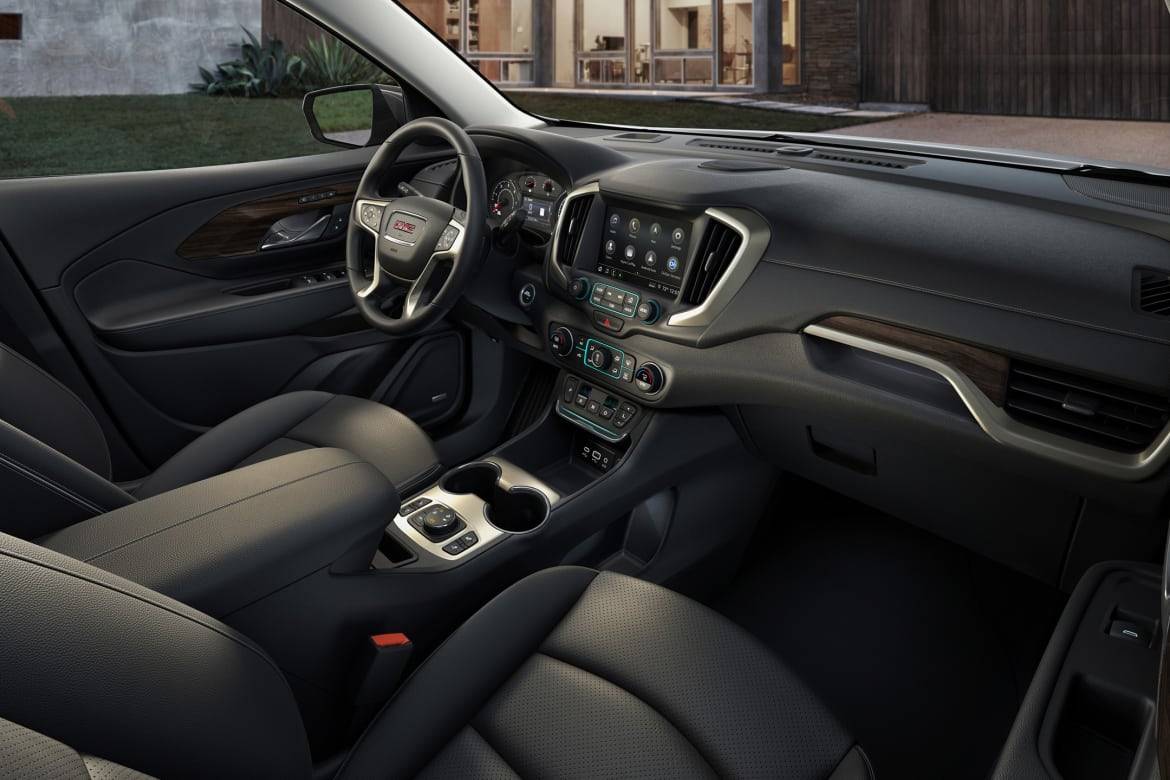 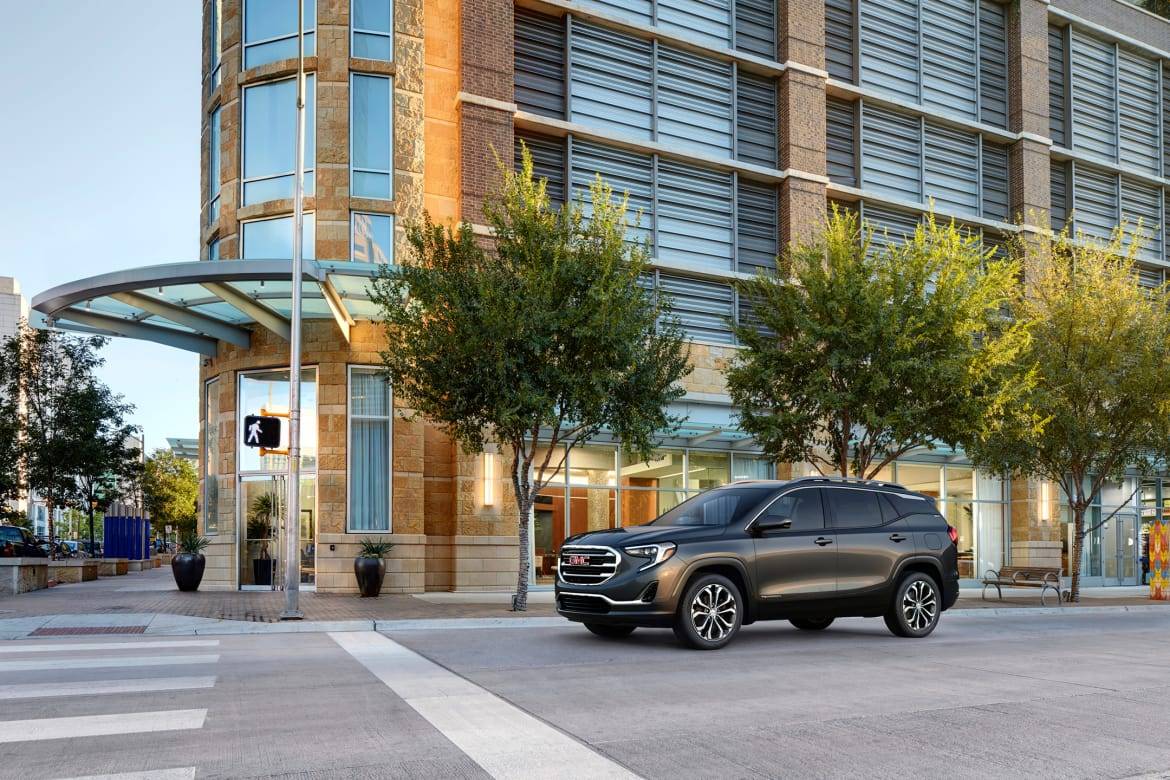 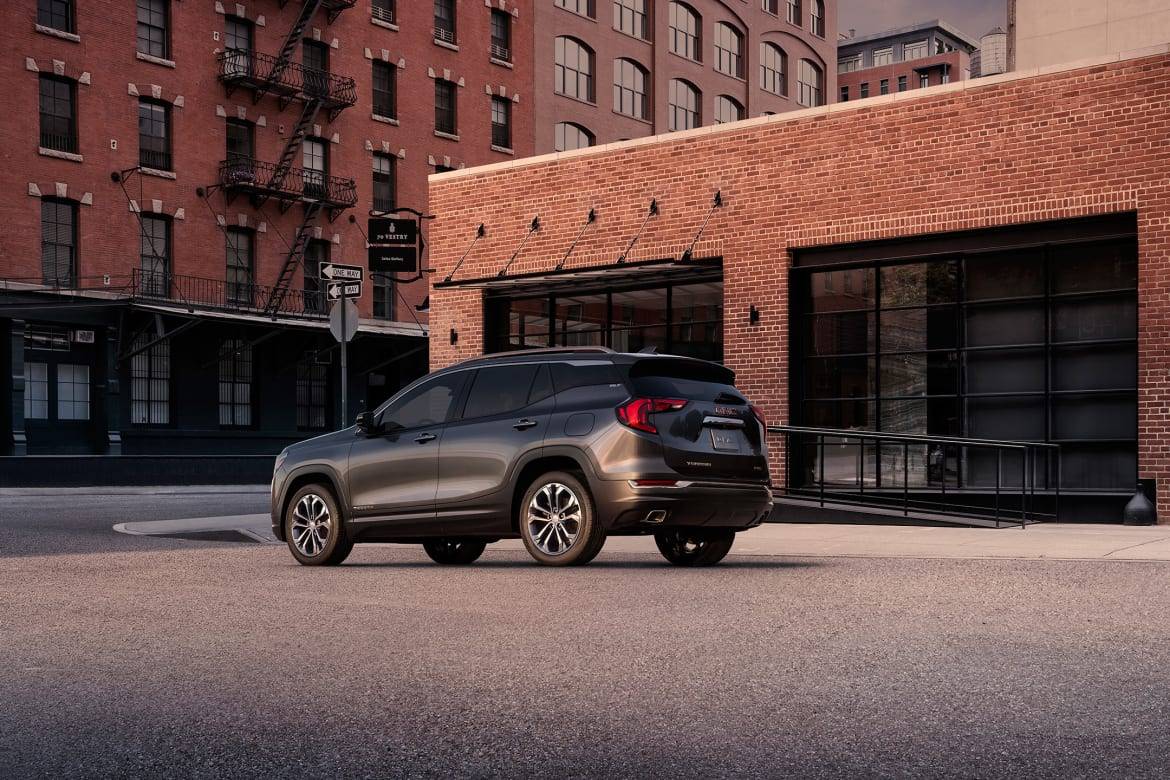 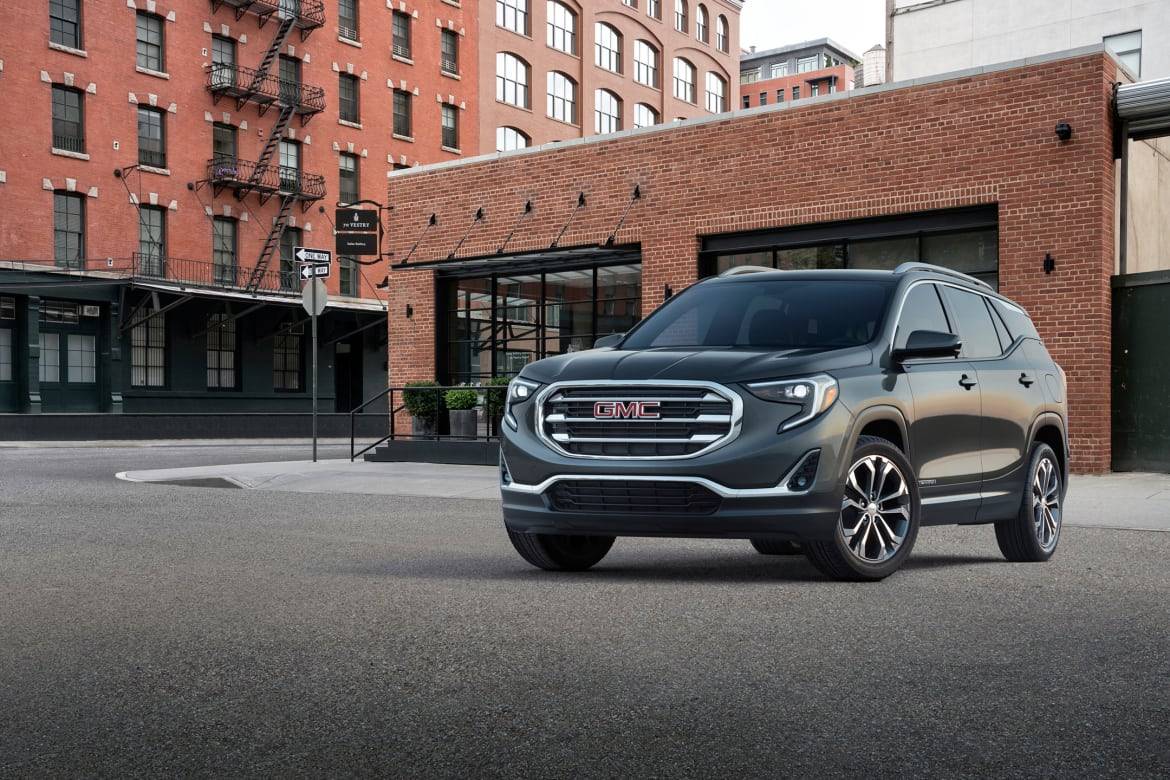 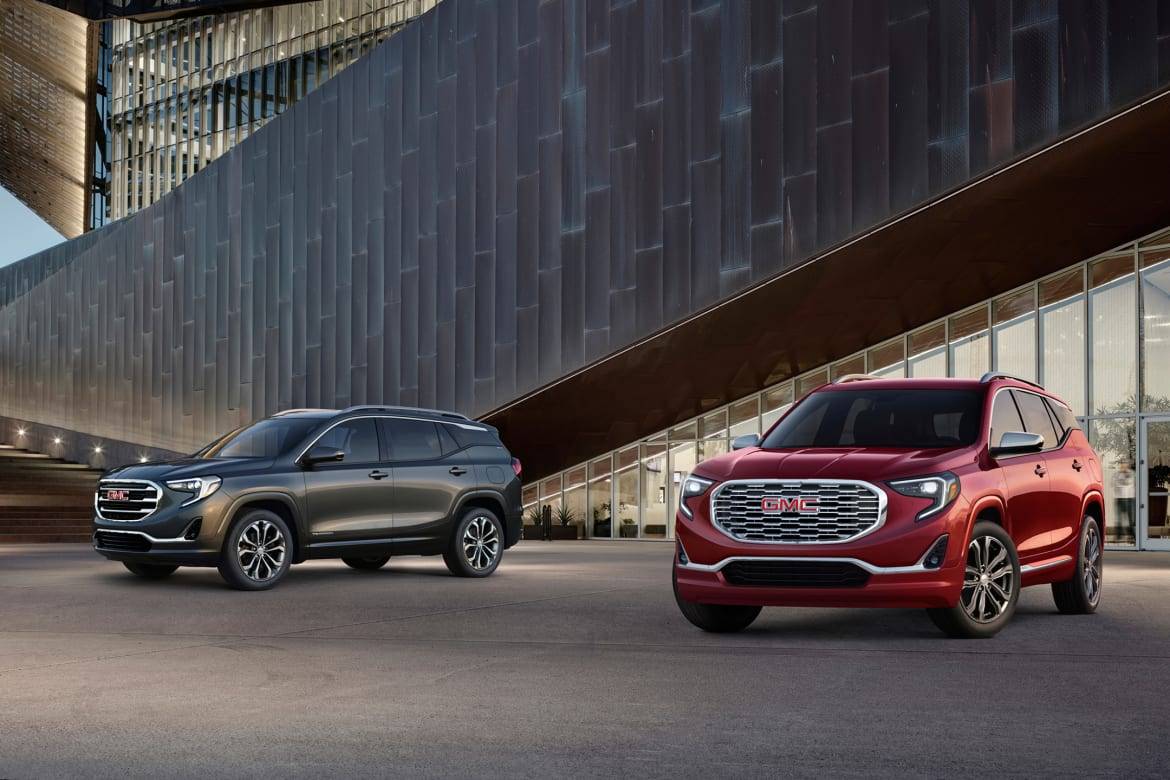 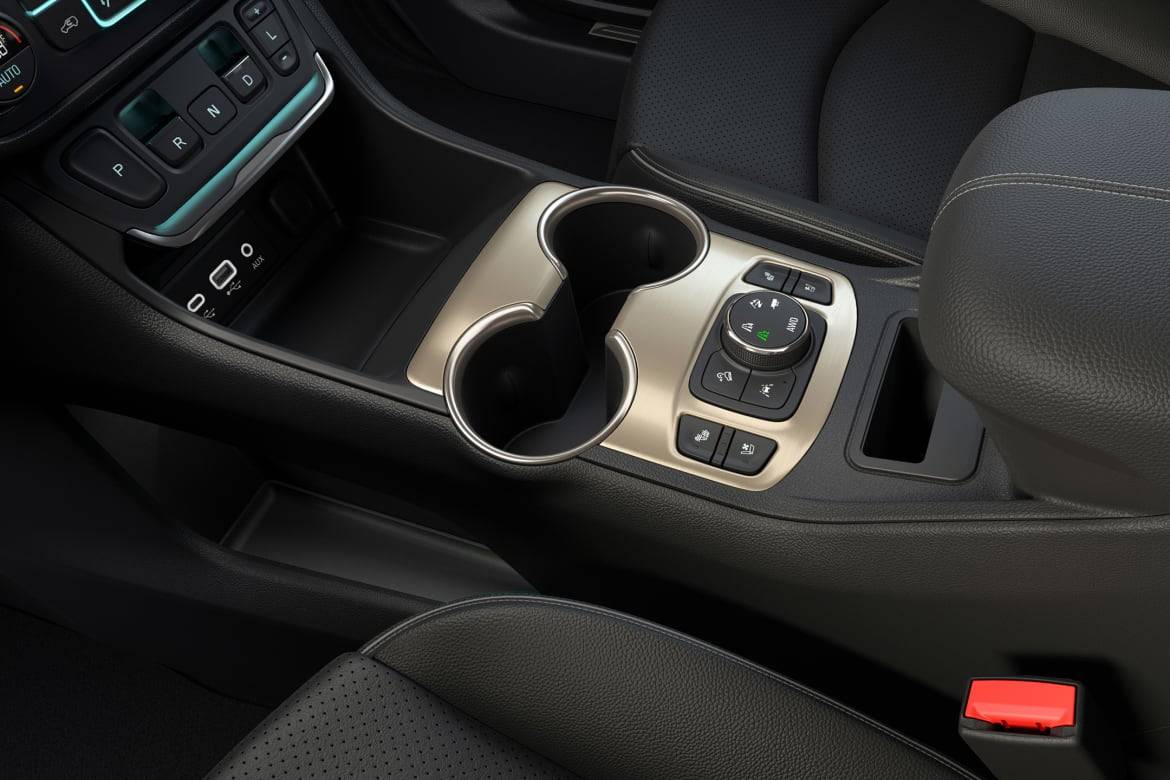 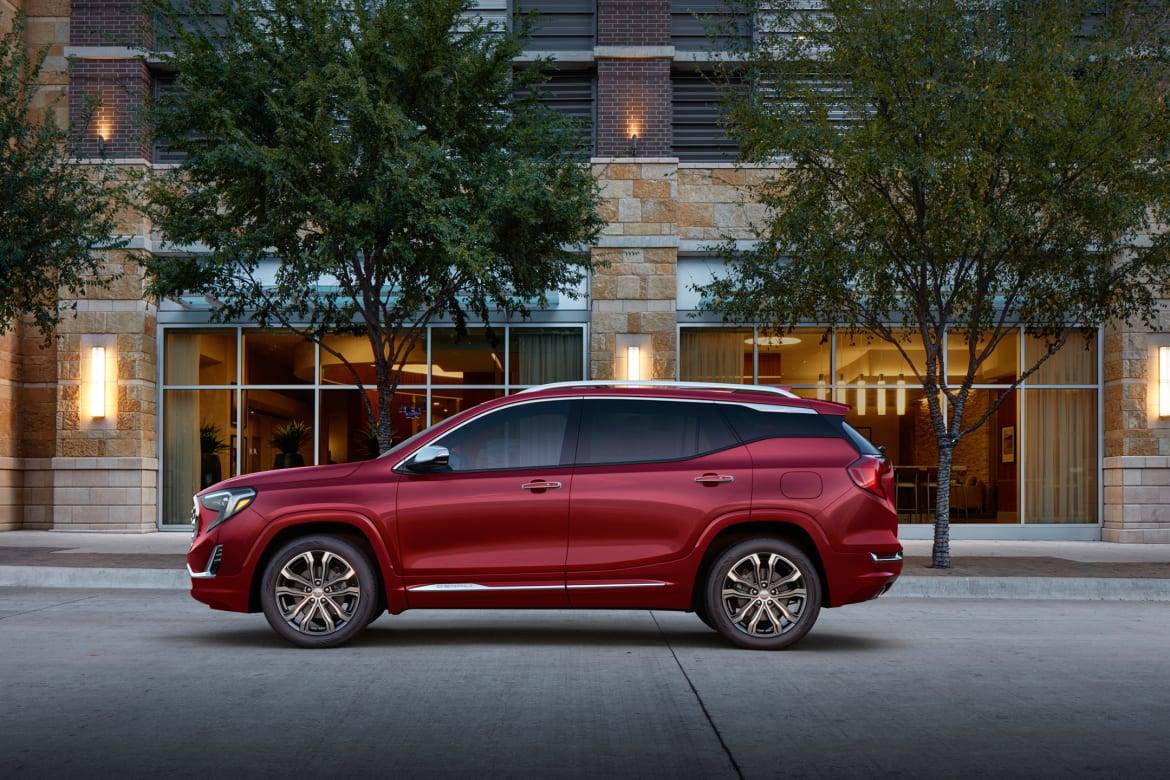