When last we left the 2018 Hyundai Kona, it had aced every crash test the Insurance Institute for Highway Safety had put it through and earned a superior rating for its available front crash prevention technology. Unfortunately, because of a poor rating for all of its headlights, it wasn’t eligible for any IIHS honors.

Related: 2018 Hyundai Kona Held Back by Headlights in Crash Ratings

At the time — less than two months ago, that is — we speculated that Hyundai might make quick updates to the Kona’s headlights since that’s certainly easier than making frame updates to improve a crash-test score, and indeed they have. The original design of the LED headlights available on the Limited and Ultimate trims produced too much glare for oncoming drivers to be rated higher than poor by IIHS. Hyundai has revised those headlights on Konas built after May 2018 and earned a good rating. (The Kona’s standard halogen headlights still receive a poor rating regardless of build date.)

IIHS also put the Kona through the passenger-side small overlap front crash test, required for the Top Safety Pick Plus rating, where it received the highest possible crash-test score of good, as it had in all other crash tests.

To earn a Top Safety Pick Plus rating, a vehicle must score good in five crash tests — driver-side small overlap front, moderate overlap front, side, roof strength, and head restraint and seat testing. It must also receive an acceptable or good rating in the passenger-side small overlap crash test. Finally, it must earn a good rating in headlight testing and an advanced or superior rating for an available front crash prevention system.

The Kona’s closest competitor in IIHS crashworthiness testing is the 2018 Mazda CX-3, which received a Top Safety Pick award. Other model-year 2018 competitors like the Chevrolet Trax, Toyota C-HR and Jeep Renegade have been tested but did not qualify for awards.

Remember: If you want an actual IIHS Top Safety Pick Plus-awarded Kona, it needs to be a Limited or Ultimate trim with LED headlights and a build date after May 2018. Be sure to check the build date of the vehicle before completing your purchase. 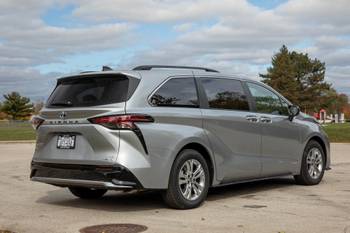