Looks like: Another hatchback coupe-ish luxury SUV, but with sharper Lamborghini elbows

You know SUVs have really taken over when even supercar builder Lamborghini has to roll one out to keep up. The 2019 Urus still is a supercar, but it’s disguised as a more mild-mannered SUV.

The company revealed in Italy today its Urus, named for an ancestor of today’s fighting bulls. It’s big (around 4,800 pounds, 118-inch wheelbase) and very fast (zero-to-62 mph in 3.6 seconds). But it also shows the difficulty in doing something really distinctive with an SUV, even at ultra-luxury prices.

The Urus has sharper angles than many luxury SUVs — certainly than its Bentley Bentayga and Porsche Cayenne cousins — but it hardly stands out versus rivals the way the company’s very recognizable sports cars do. Nor is it as eccentric as Lamborghini’s late-1980s LM002, a military-inspired off-roader that was more an upscale Humvee.

Still, there likely is a market of people who’ll pay $200,000 to start and up (Lamborghini did not specify whether the pricing includes destination) to have an SUV with the Lambo badge.

The design is long, low and coupelike. The company took pains to point out design cues and inspiration borrowed from its supercars, but they are just that: hints of the more exotic cars. The lines and angles are sharp, the proportions pleasingly energetic. It has an aggressively wide front end with large air intakes, a low front spoiler and slim, stretched LED headlights.

The luxurious and equally sharp-angled interior design seats five with a rear bench seat; a more luxurious four-seat version with individual rear seats is available. The dashboard Y design was inspired, the company says, by both the sports cars and the LM002, and there is a configurable instrument display.

A hexagonal theme is used throughout for cupholders, air vents, door handles and other features. There are about 22 cubic feet of space behind the second row, expandable to about 56 cubic feet. In keeping with its luxury status, a variety of colors, upholstery and trim materials are offered to personalize the interior.

The multimedia and control systems use two center displays, with the upper touchscreen as the media-and-communications interface and the lower screen used for control functions, such as climate. Apple CarPlay and Android Auto smartphone integration, as well as a phone holder with wireless charging, are standard. Bang & Olufsen premium audio is optional. 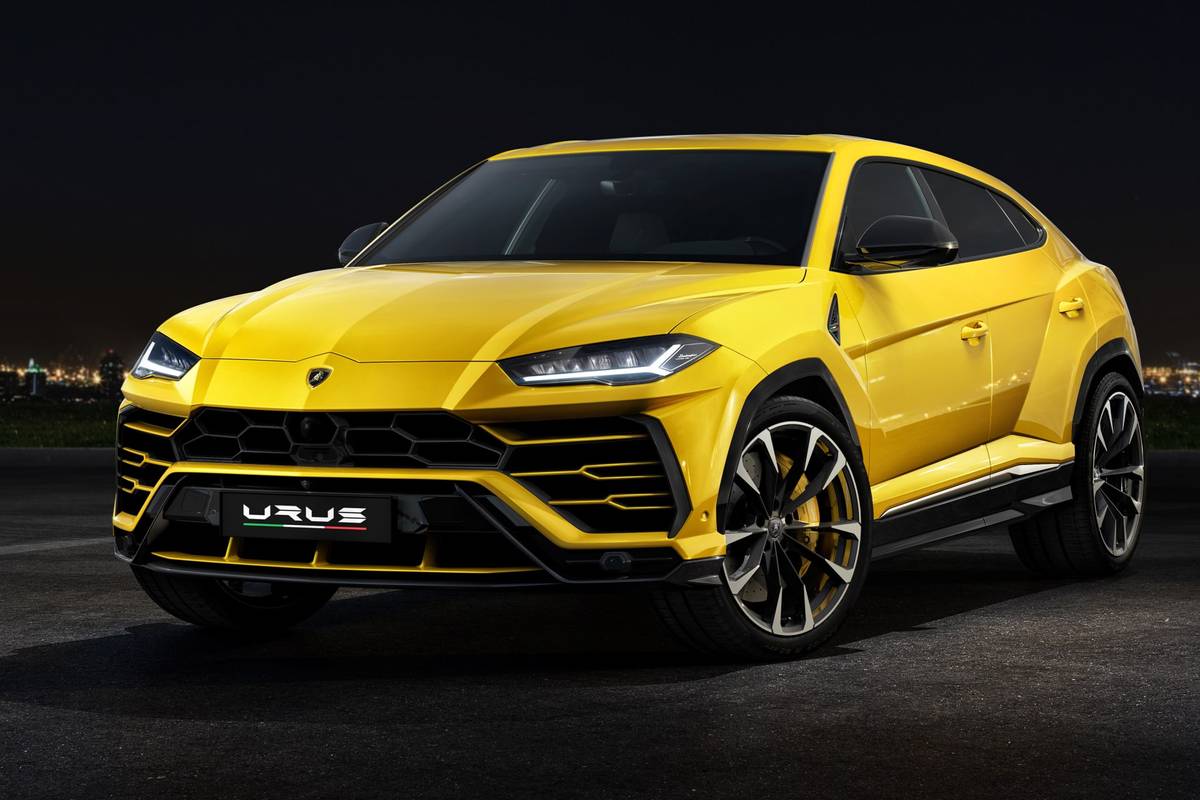 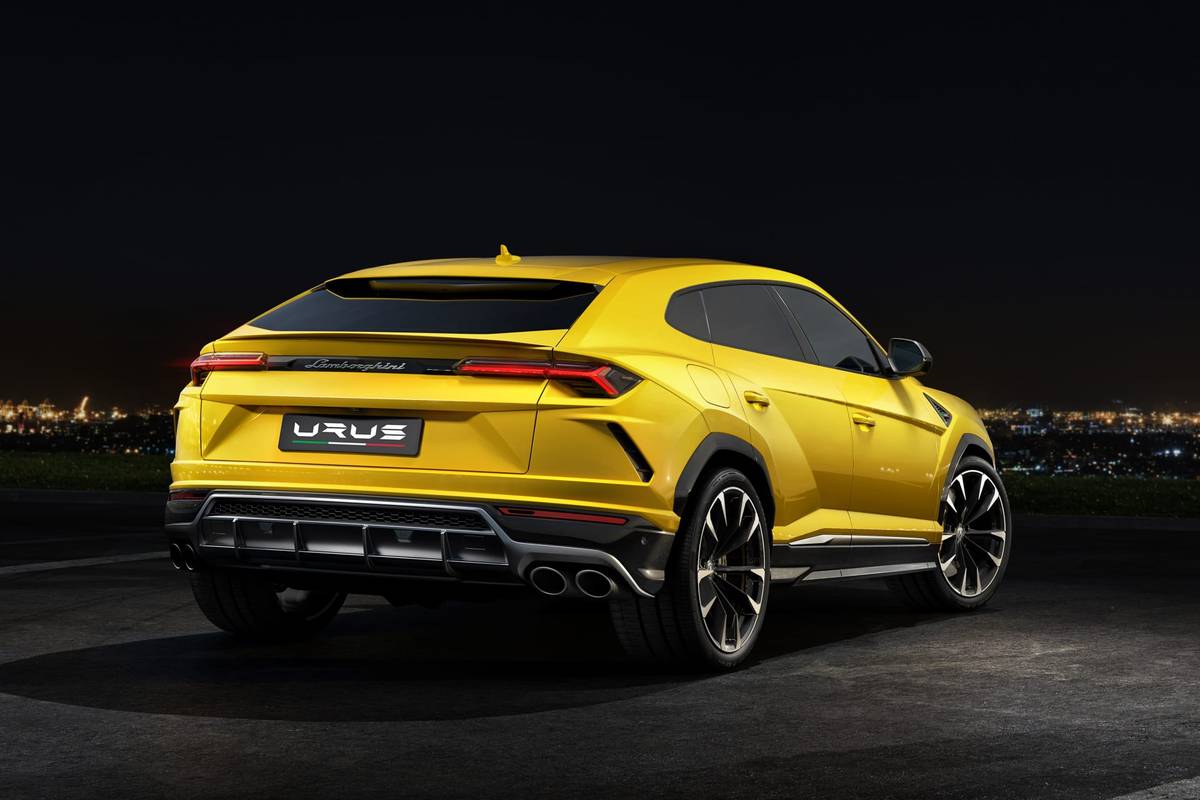 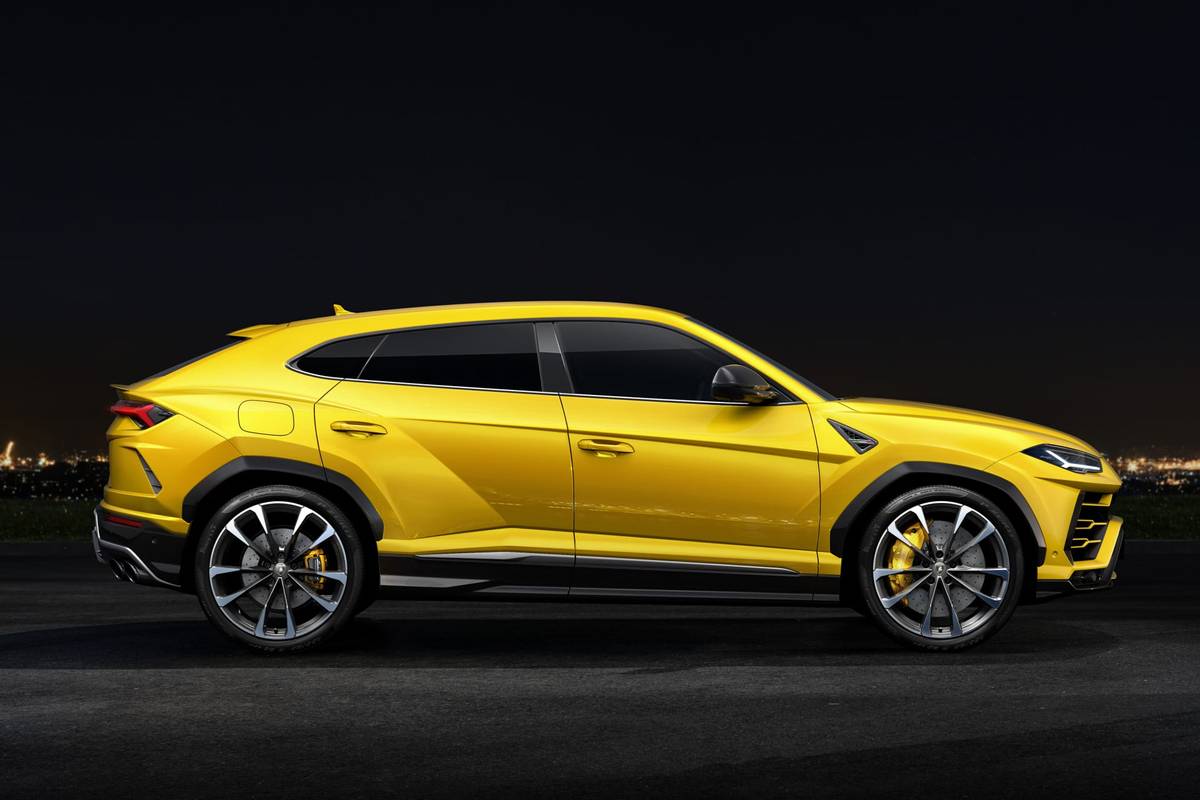 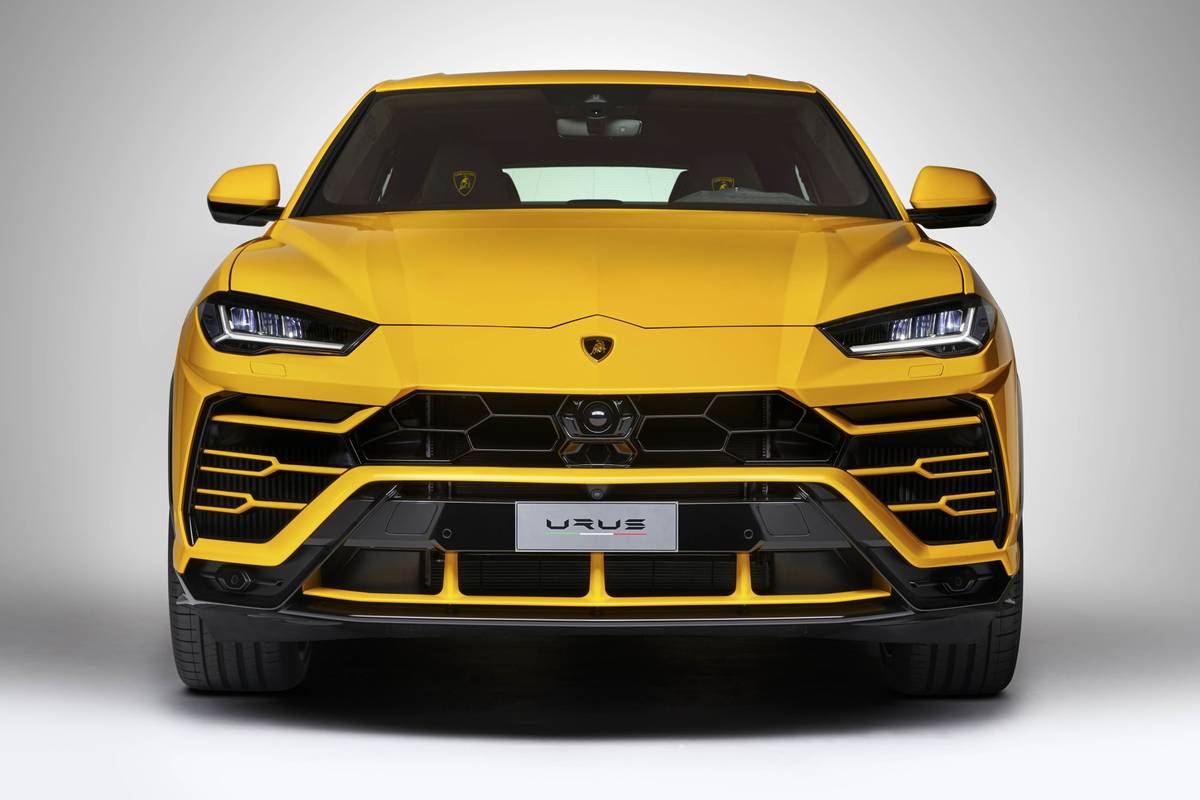 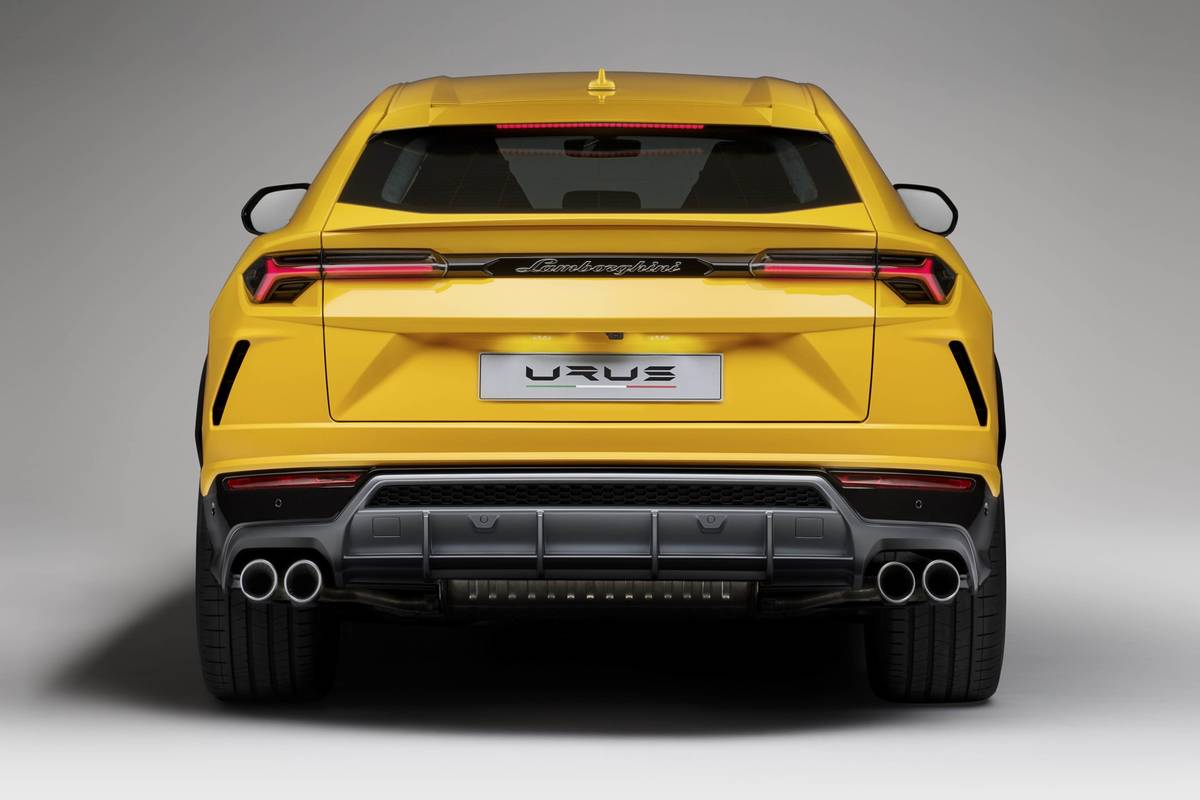 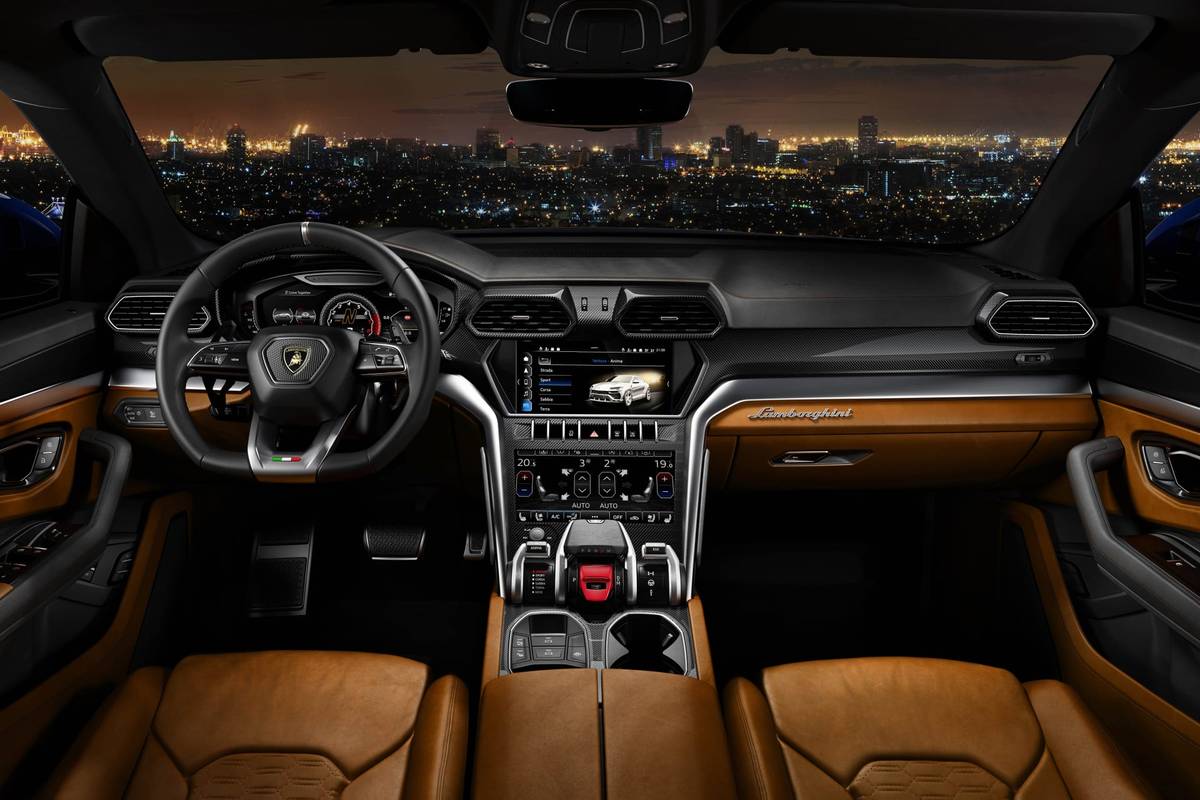 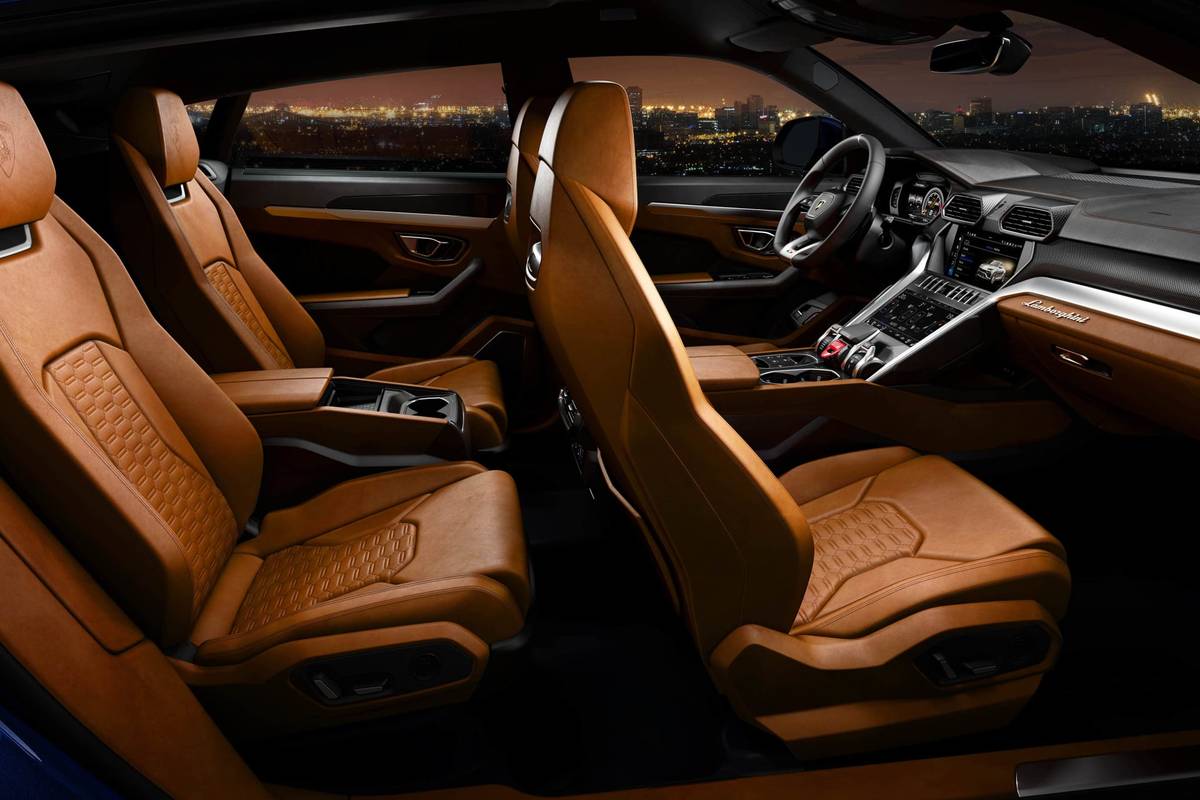 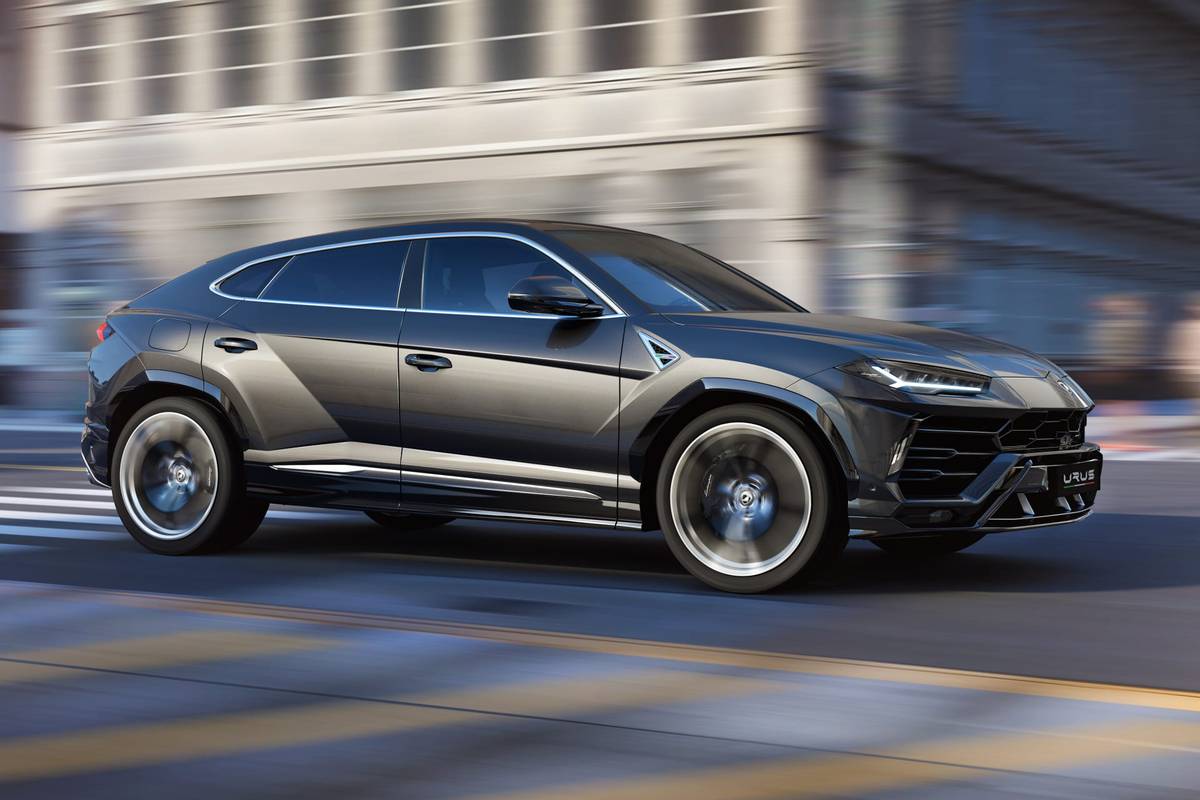 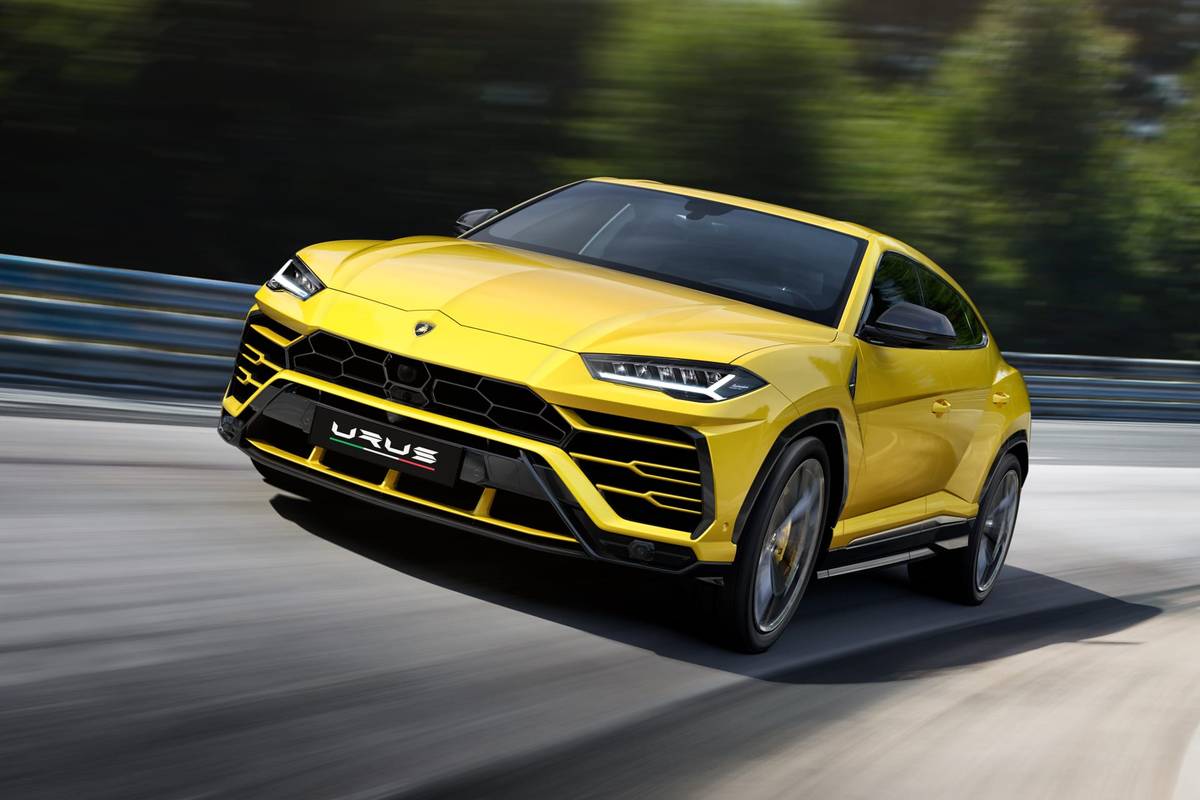 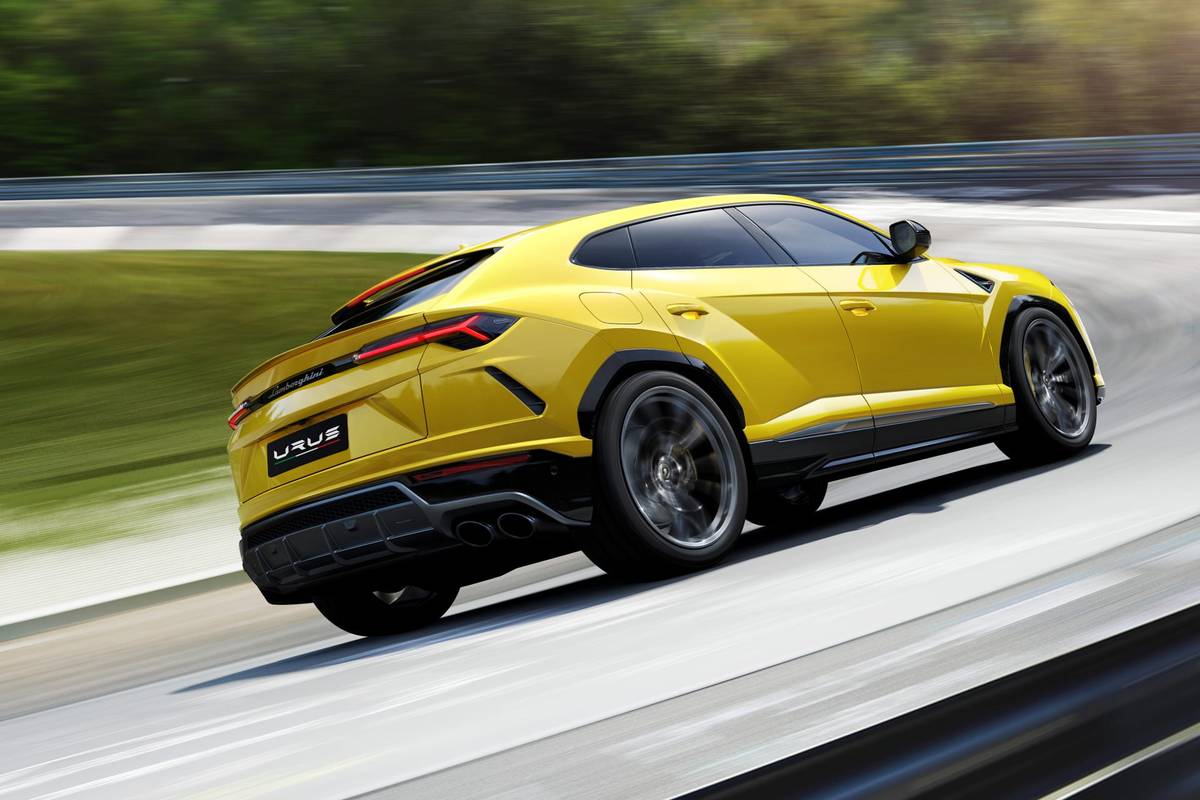 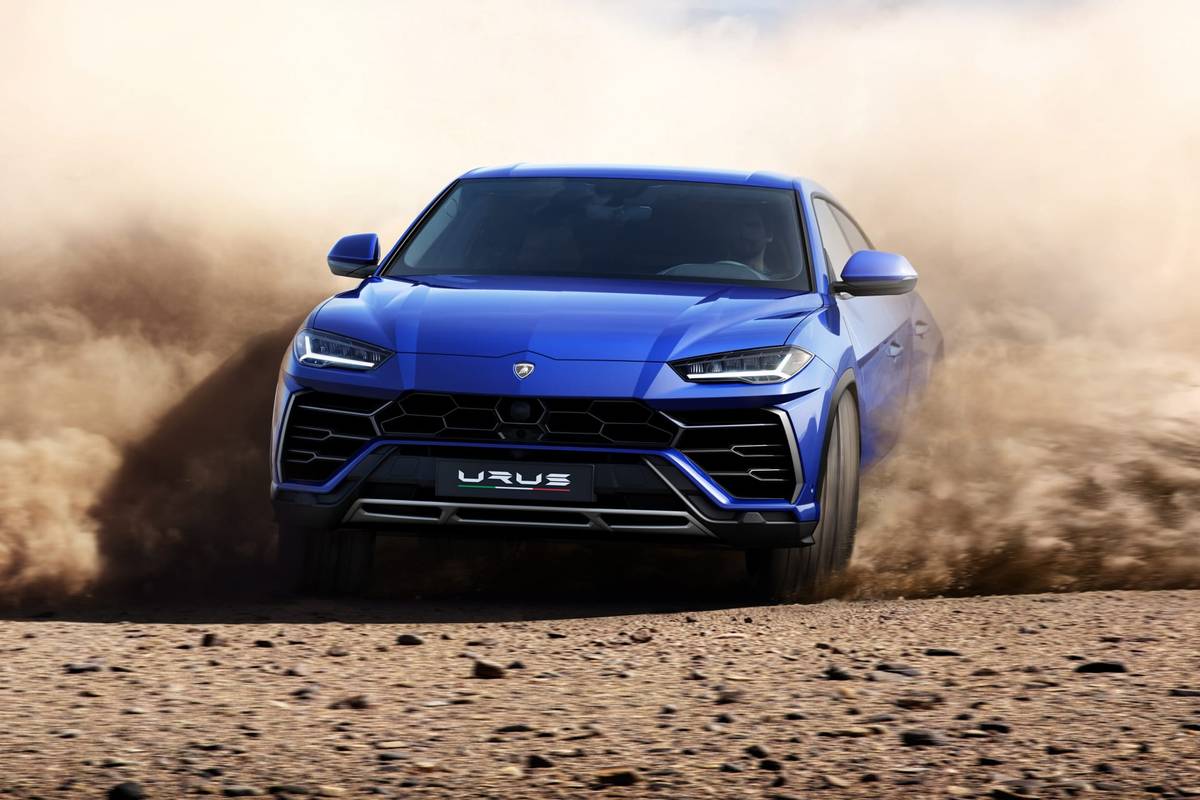 The Urus’ twin-turbocharged 4.0-liter V-8 puts out 650 horsepower and 627 pounds-feet of torque, and it includes cylinder deactivation to increase efficiency under light loads. Lamborghini says the zero-to-62-mph time is 3.6 seconds and the top speed is 190 mph. The engine is mated to an eight-speed automatic transmission. All-wheel drive with torque vectoring and a self-locking central differential, four-wheel steering, carbon-ceramic brakes and adaptive air suspension are standard.

Befitting an SUV, the standard driving modes include Neve (Snow), as well as Strada (Street), Sport and Corsa (Track). An optional package with reinforced bumpers and more underbody protection adds Terra (Off-Road) and Sabbia (Sand). The modes vary not only the performance and vehicle height, but also the Lamborghini’s exhaust note.

The Urus has a full suite of driver assistance and safety technology, including a front collision system with automatic braking, high beam assist, and front and rear parking sensors. A 360-degree camera system is optional.