Spend any time in Southern California and you’ll see one — not traversing the hills and streams of Malibu canyons, mind you, but crawling through traffic and rolling down shopping-mall parking decks. This is the Mercedes-Benz G-Class, one of the most expensive, most capable and most distinctive SUVs in the world. And despite its amazing off-road prowess and capability, the vast majority of them are outfitted as super-luxurious, super-expensive family vehicles for the 1 percent crowd.

The G-Class’s biggest markets globally are Southern California, certain Texas communities, New York, Atlanta and South Florida — giving you some idea of who’s shopping for such a unique off-road vehicle. For 2019, the “G-Wagen,” as it was originally known (short for Gelandewagen, or “cross-country vehicle”), gets a significant update — an all-new interior, bigger dimensions and a revised suspension. 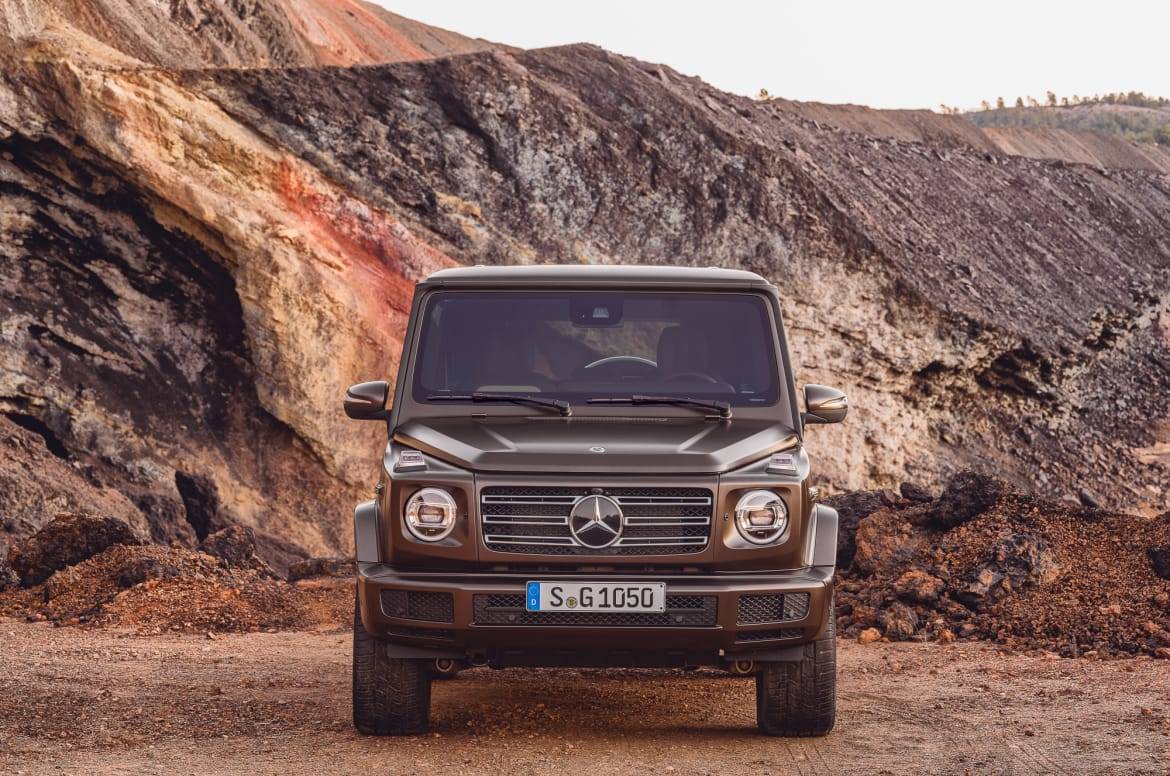 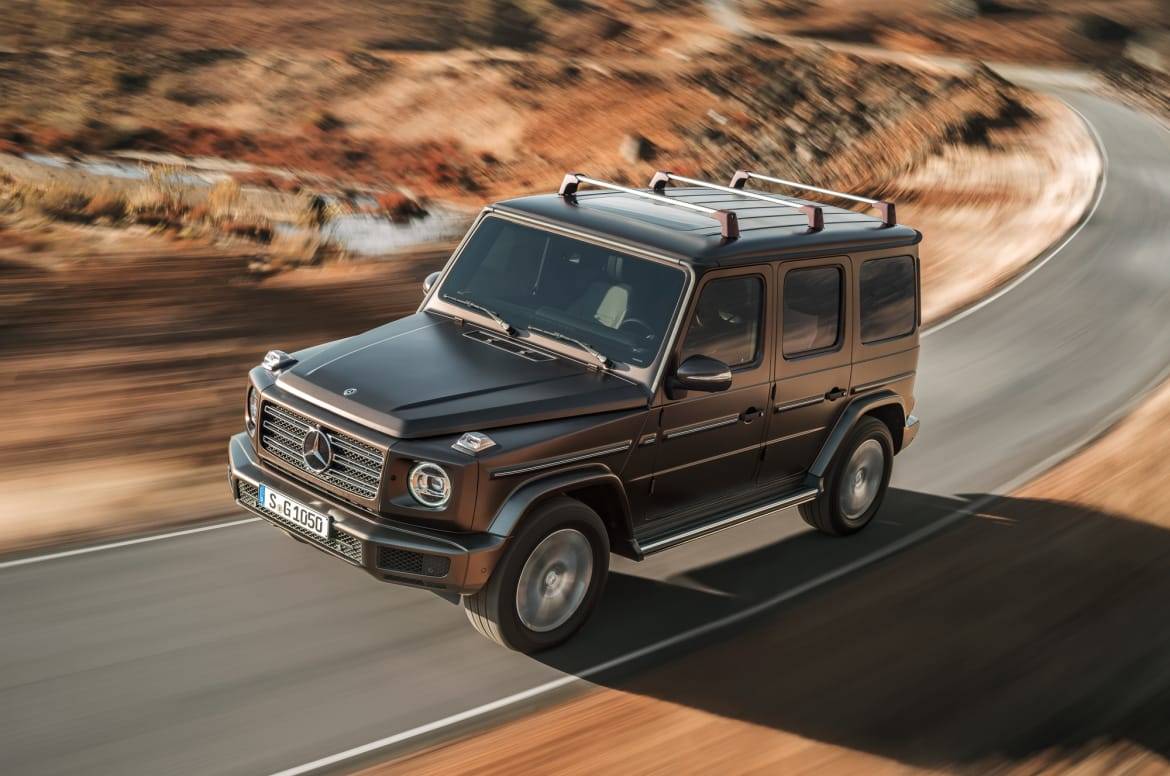 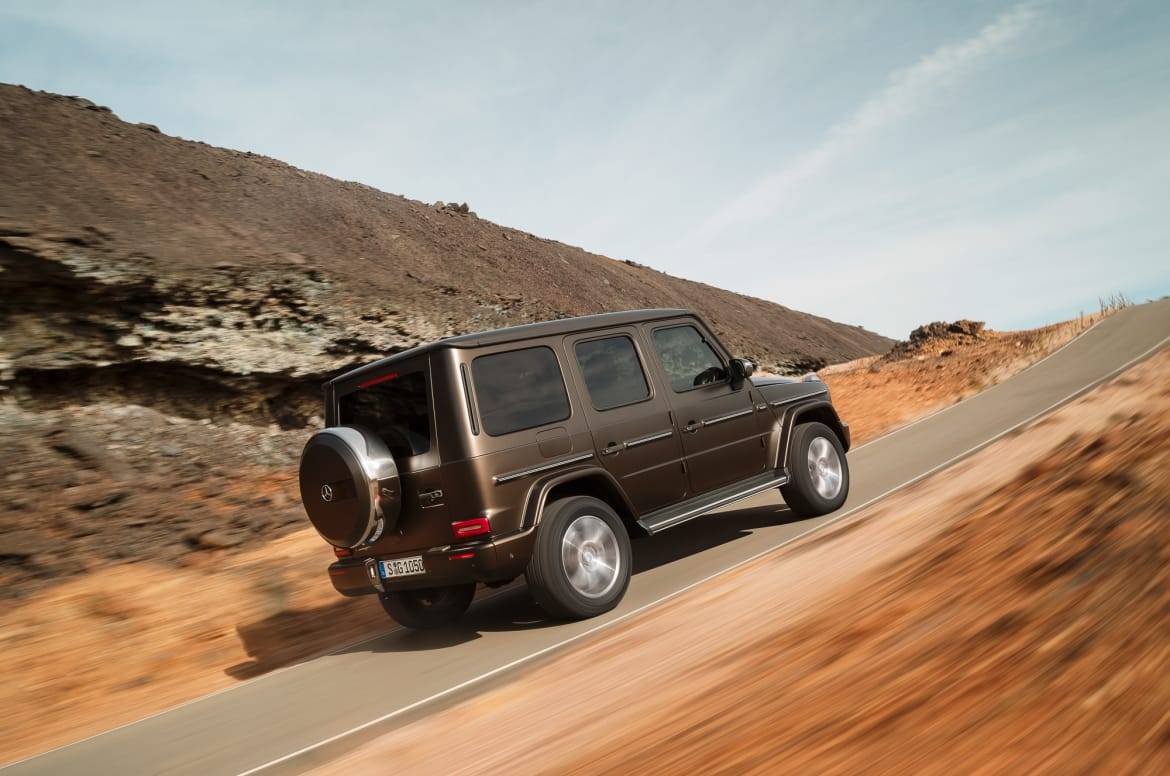 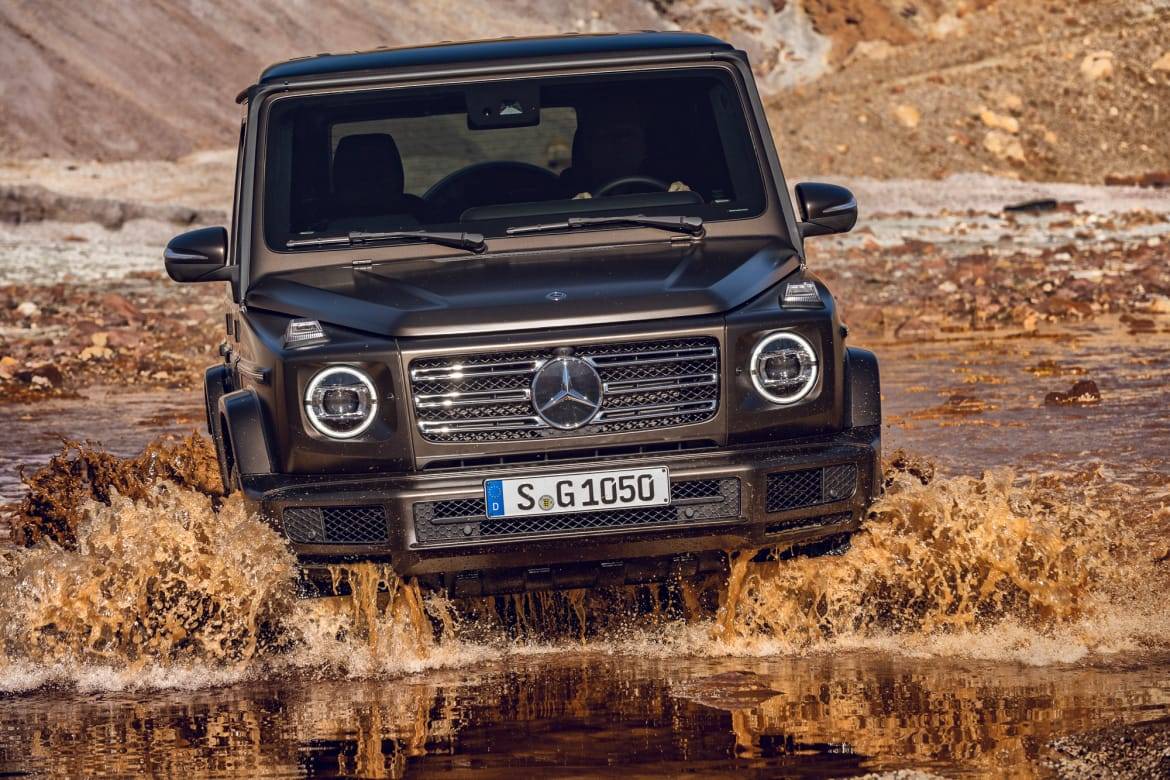 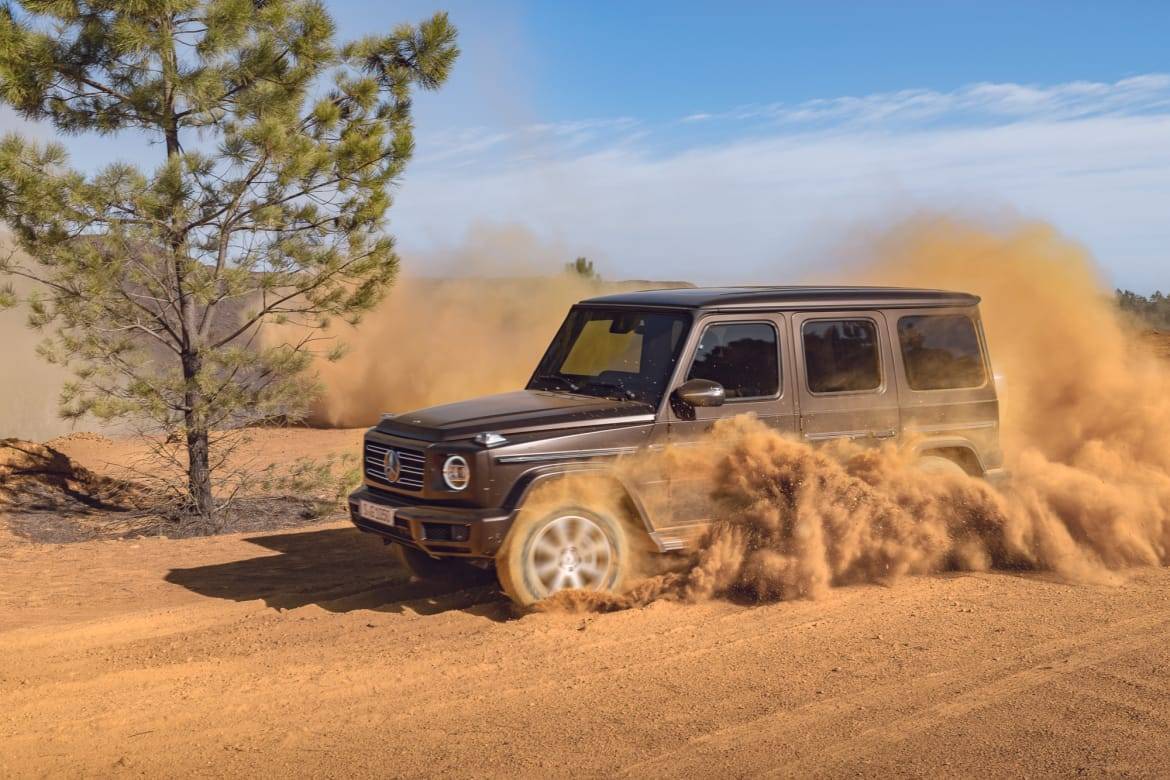 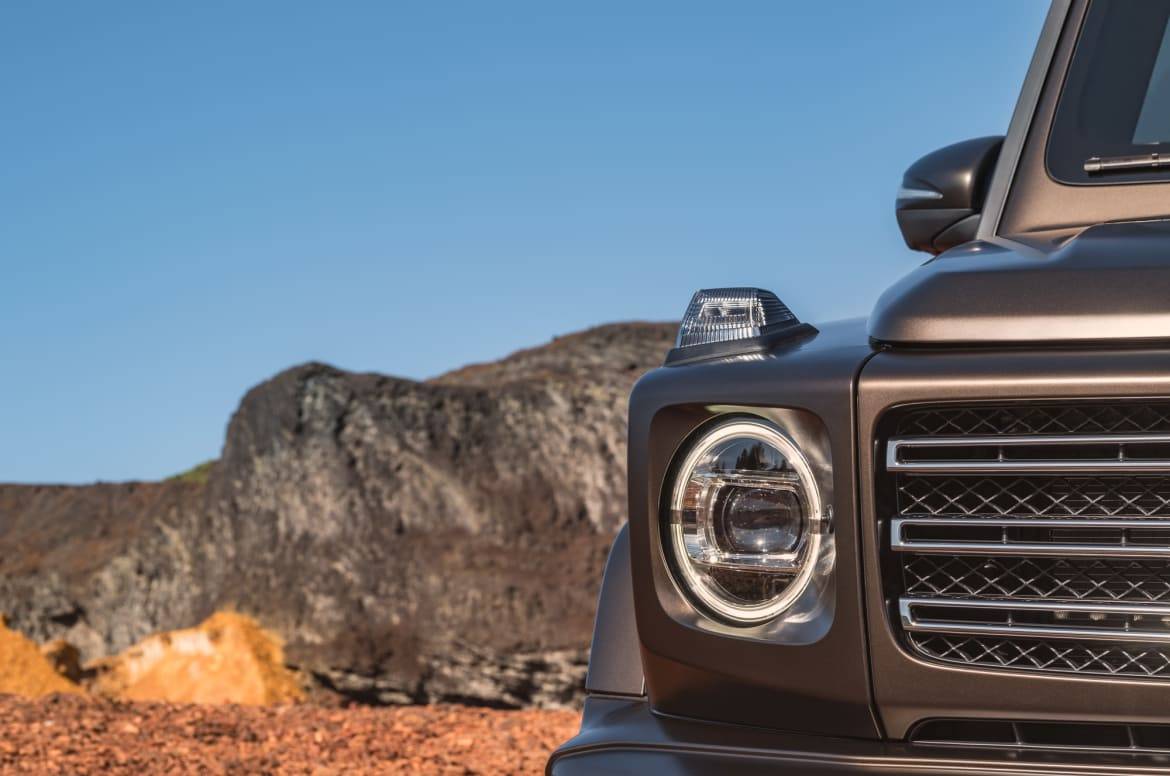 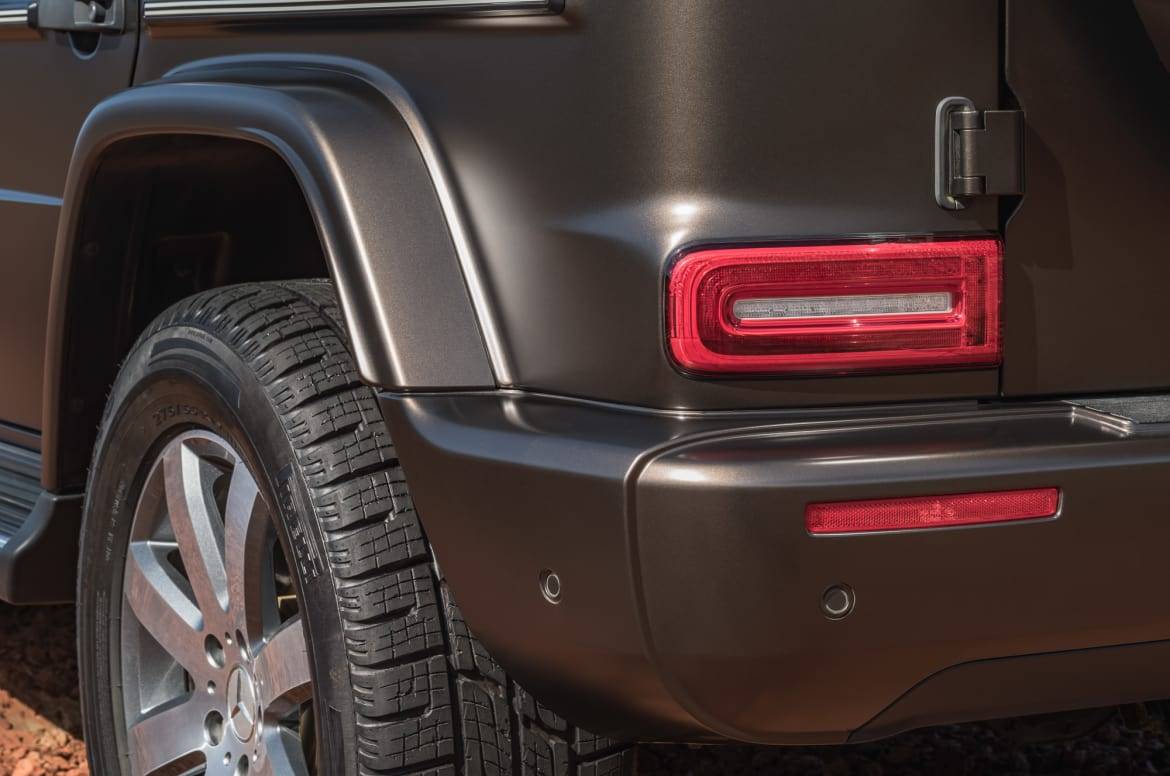 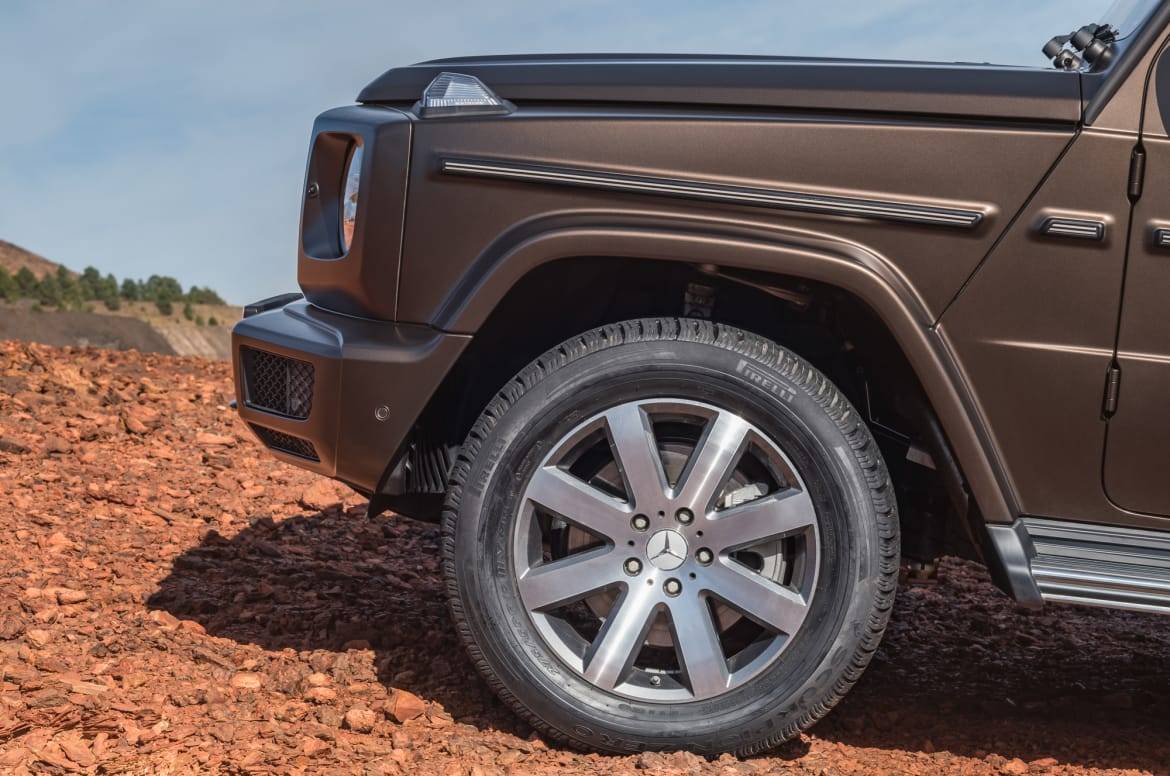 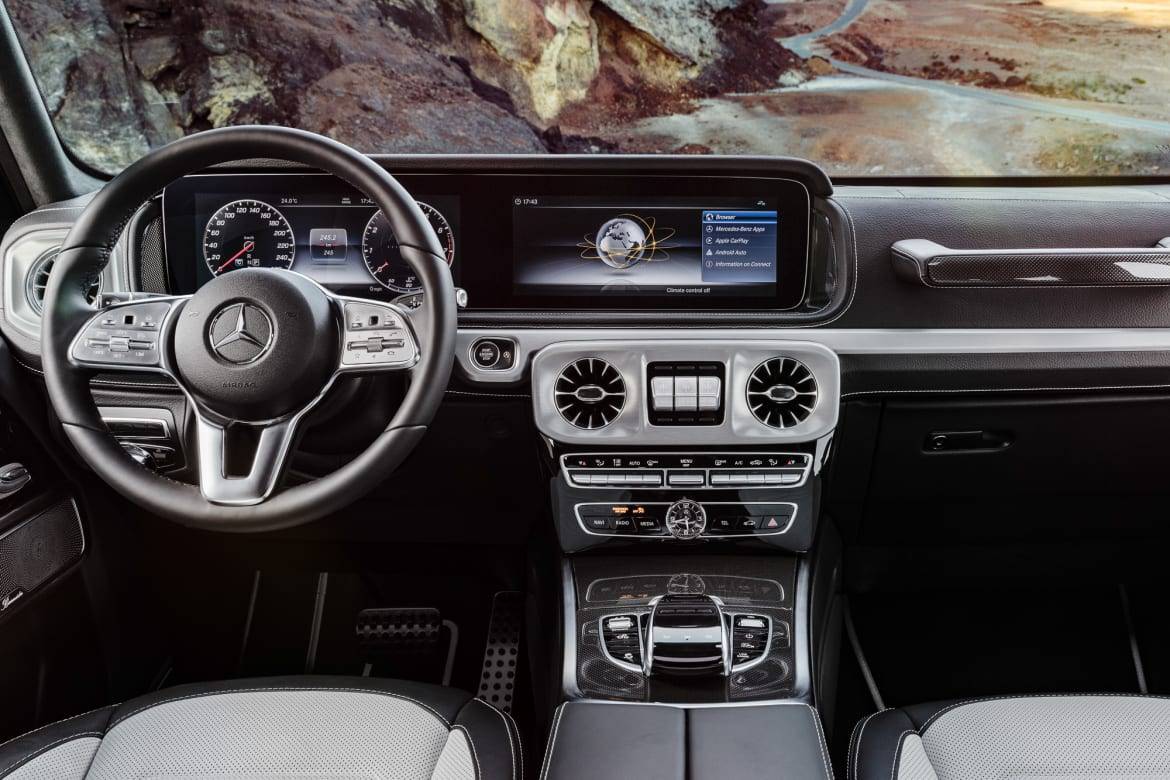 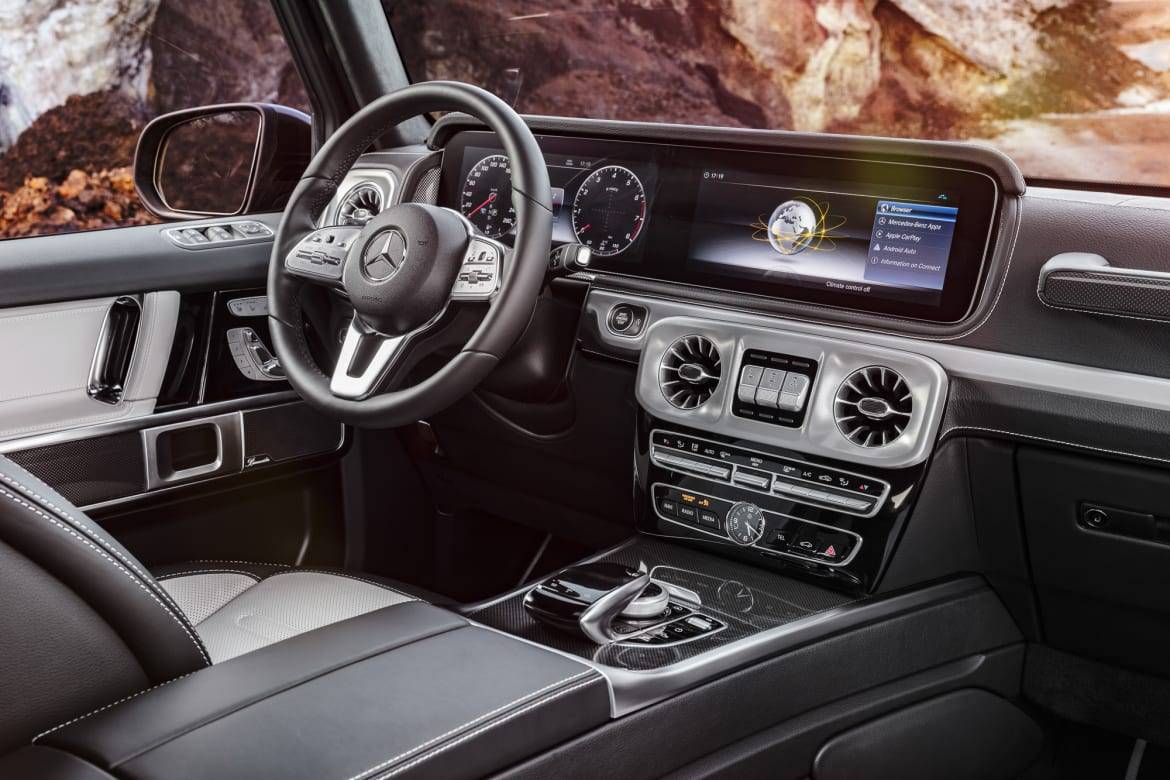 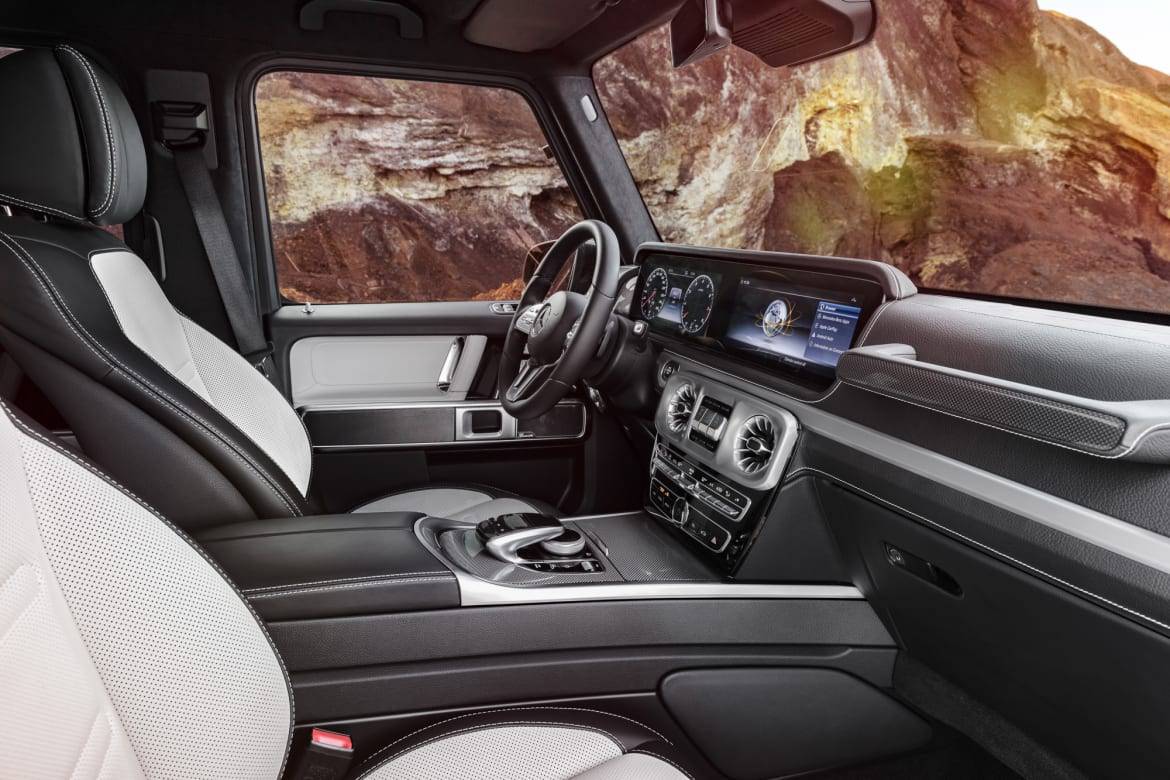 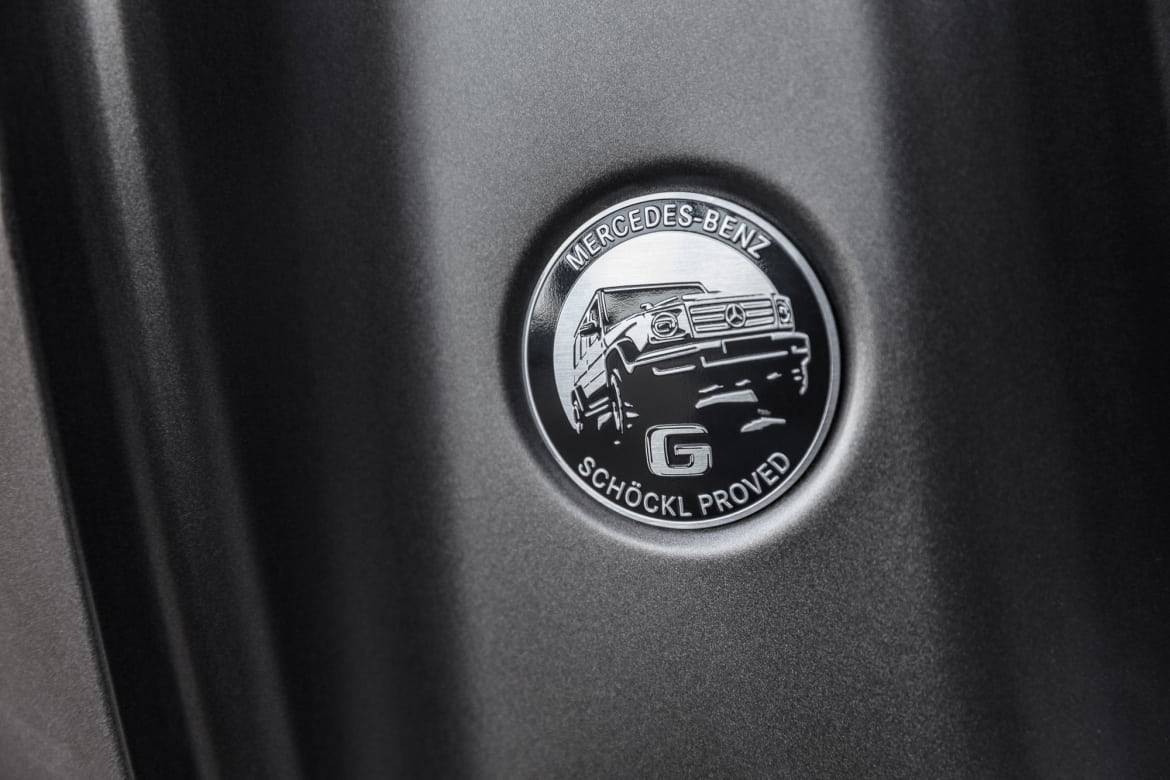 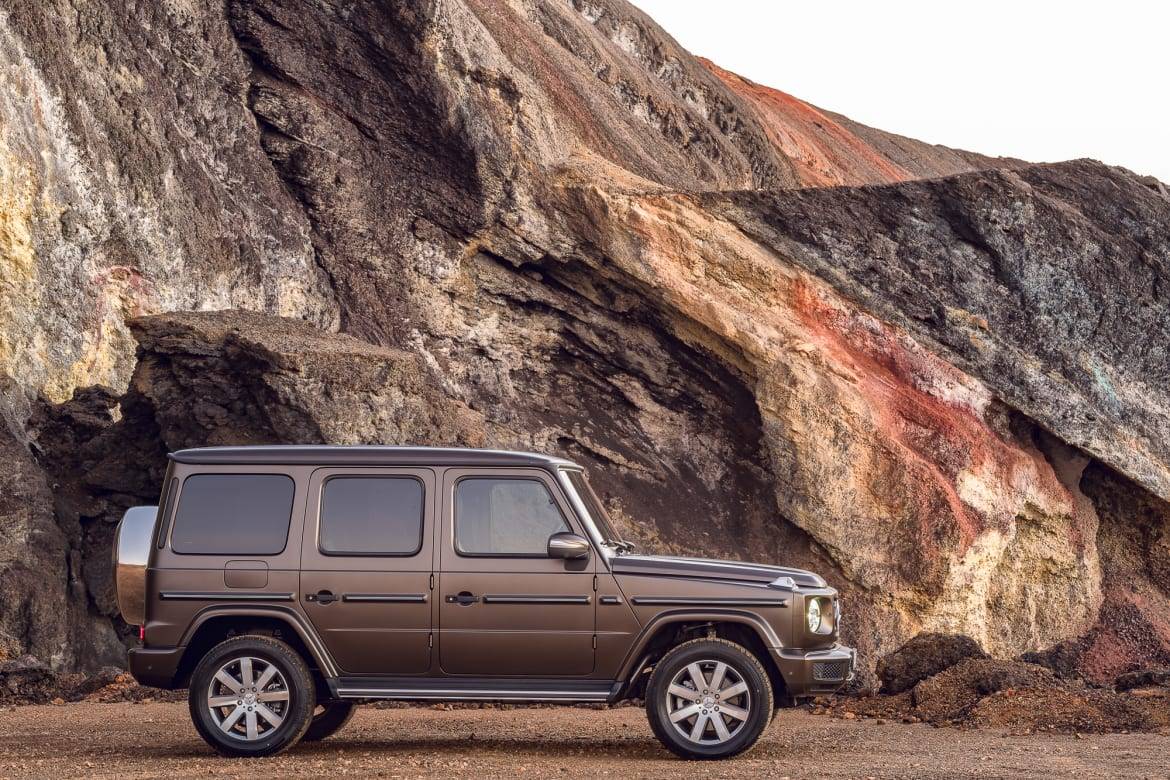 On the outside, it won’t look like much has changed. Part of the G-Wagen’s charm has always been that it looks like the shipping container that a Mercedes-Benz SL roadster comes in. But for 2019, some rounded corners and improved details keep the G-Class relevant and more refined, with better airflow for a quieter ride (fuel economy isn’t as much of an area of emphasis in a segment like this). The fenders are more integrated into the body, while the grille and hood are slightly rounder.

But classic G-Wagen design elements remain, such as the exterior door handles and protective strip, the exposed hood and door hinges, the hood-mounted turn signals and the externally mounted full-size spare tire on the tailgate. The biggest difference is in its size — the new 2019 model is 2.1 inches longer and 4.8 inches wider than the model it replaces, with the goal of increasing interior room.

And increase it they have: There’s an inch-and-a-half more legroom for front-seat passengers and nearly 6 inches more for backseat riders. Shoulder room has been increased by more than an inch front and back, and elbow room has increased by more than 2 inches. It should feel considerably more spacious inside than the outgoing model.

Mercedes-Benz took the opportunity of a larger interior to redo the entire cabin, bringing it fully up to date with the modern Mercedes-Benz showroom. While an analog gauge display is standard, optional is a full widescreen digital dash. Two 12.3-inch displays stacked side by side bring a new widescreen-cockpit look to the G-Wagen, just like the ones seen in the S-Class and E-Class sedans.

A new dash with all-new air vents, controls and materials is also present, replacing the old-style interior with the tacked-on tablet display. New seats are fitted front and back, with the fronts enjoying optional Active Multicontour functionality of massage, heating and cooling. The rear seats retain a 40/60/100 fold-down layout.

Powering the new G-Class is Mercedes-Benz’s carryover twin-turbocharged 4.0-liter V-8 engine pumping out 416 horsepower and 450 pounds-feet of torque in a model designated the G550 (more powerful AMG versions are expected to be shown later). It channels that power through a new nine-speed automatic transmission to all four wheels with permanent all-wheel drive and a system that offers three electronically locking differentials, controlled from the cabin. Switch any of those differentials to lock, and the vehicle enters a new “G-Mode,” which changes everything from steering input to transmission shifting to throttle control in order to maximize off-road prowess.

The steering system is new, as well, with an electromechanical system replacing the hydraulic steering, enabling new parking assist features. The front suspension has also been changed; it’s now an independent double-A-arm setup instead of a live axle and features a strut tower brace for better handling on-road and articulation off-road. The rear axle is now suspended via four trailing arms on each side and stabilized by a Panhard rod. The G-Class should also benefit from a 375-pound weight reduction thanks to the new incorporation of several grades of steel into the body shell, as well as new aluminum fenders, hood and doors.

The new G550 will appear in showrooms in the U.S. in late 2018, according to Mercedes-Benz.