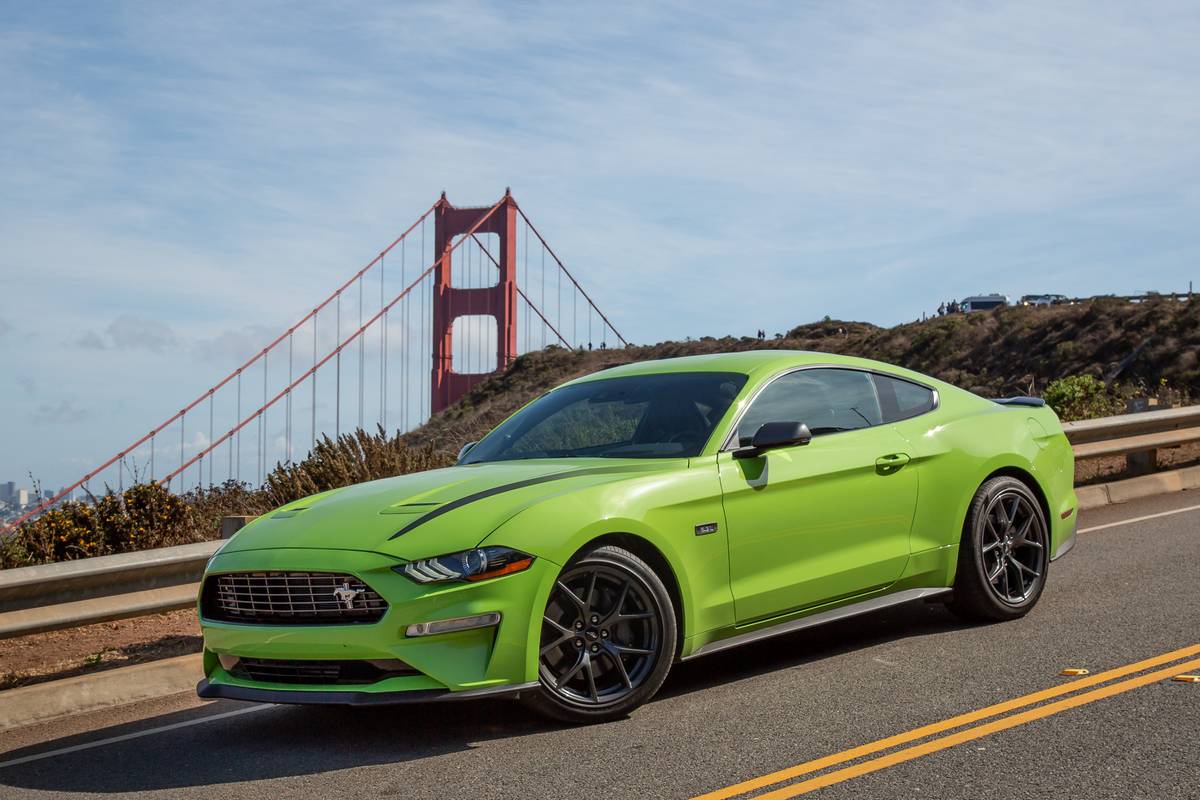 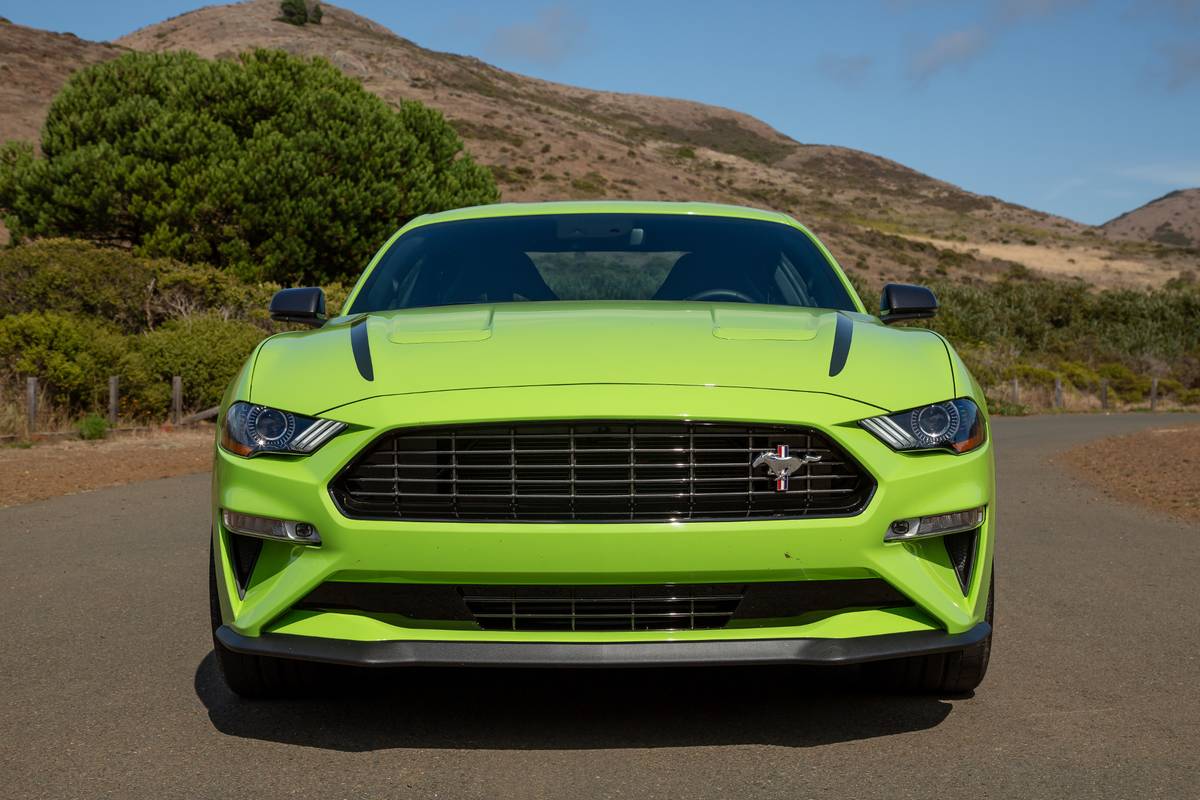 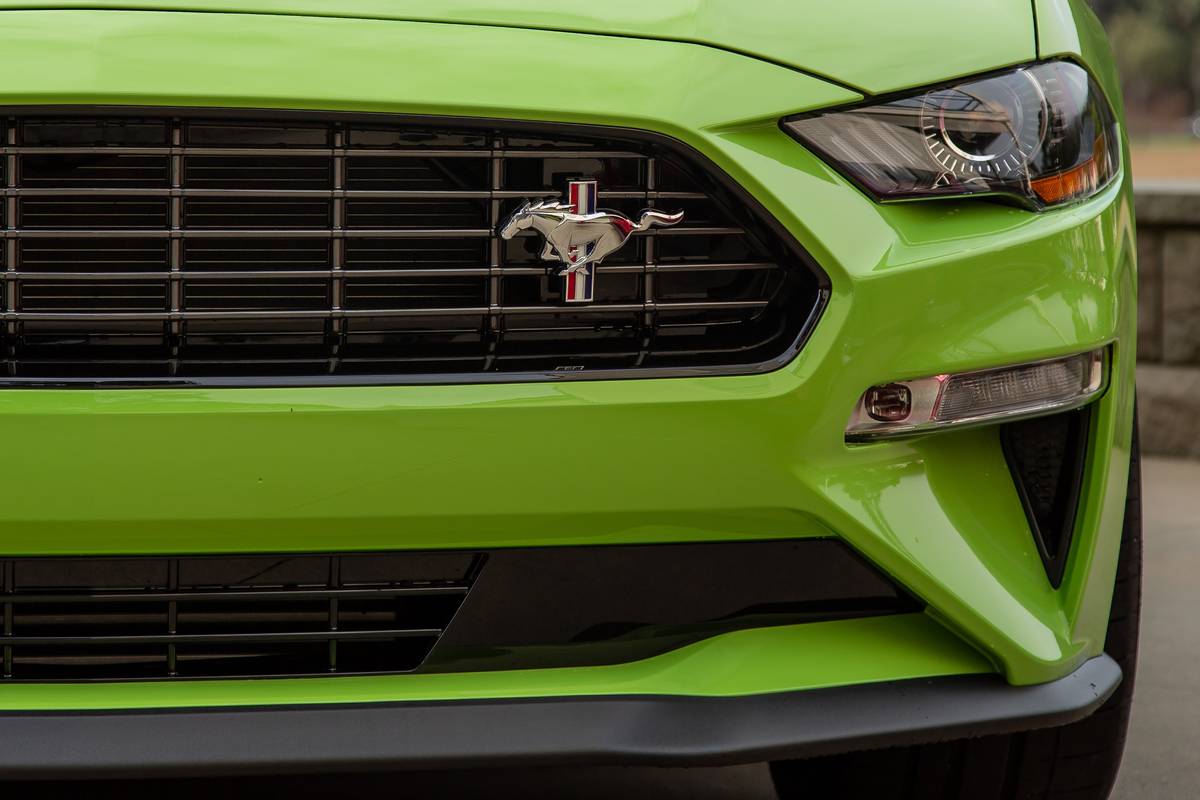 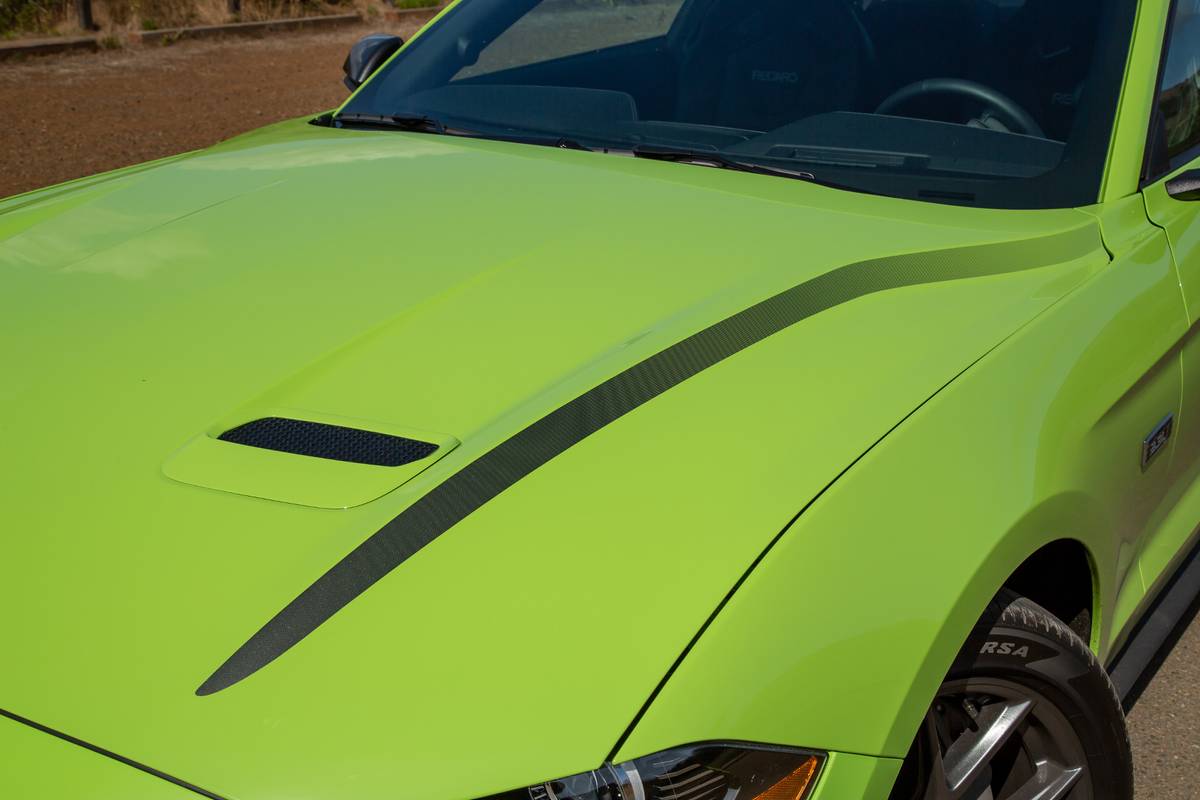 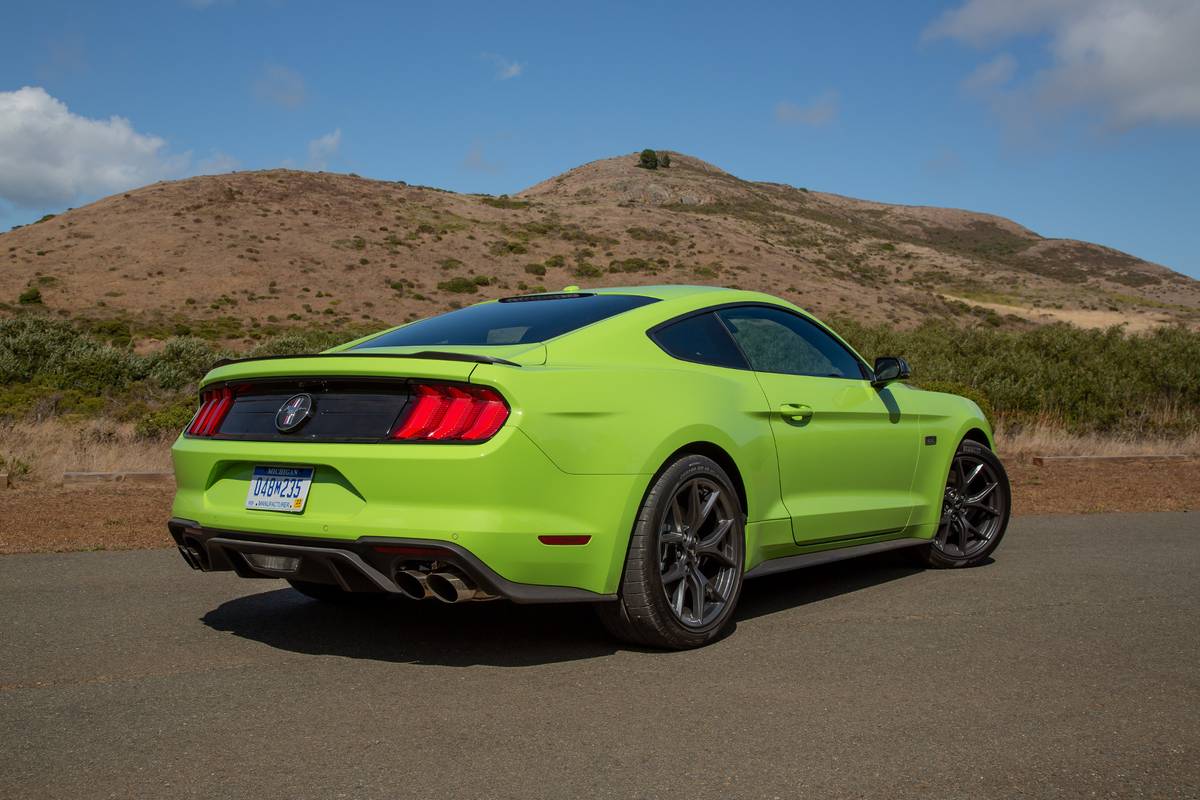 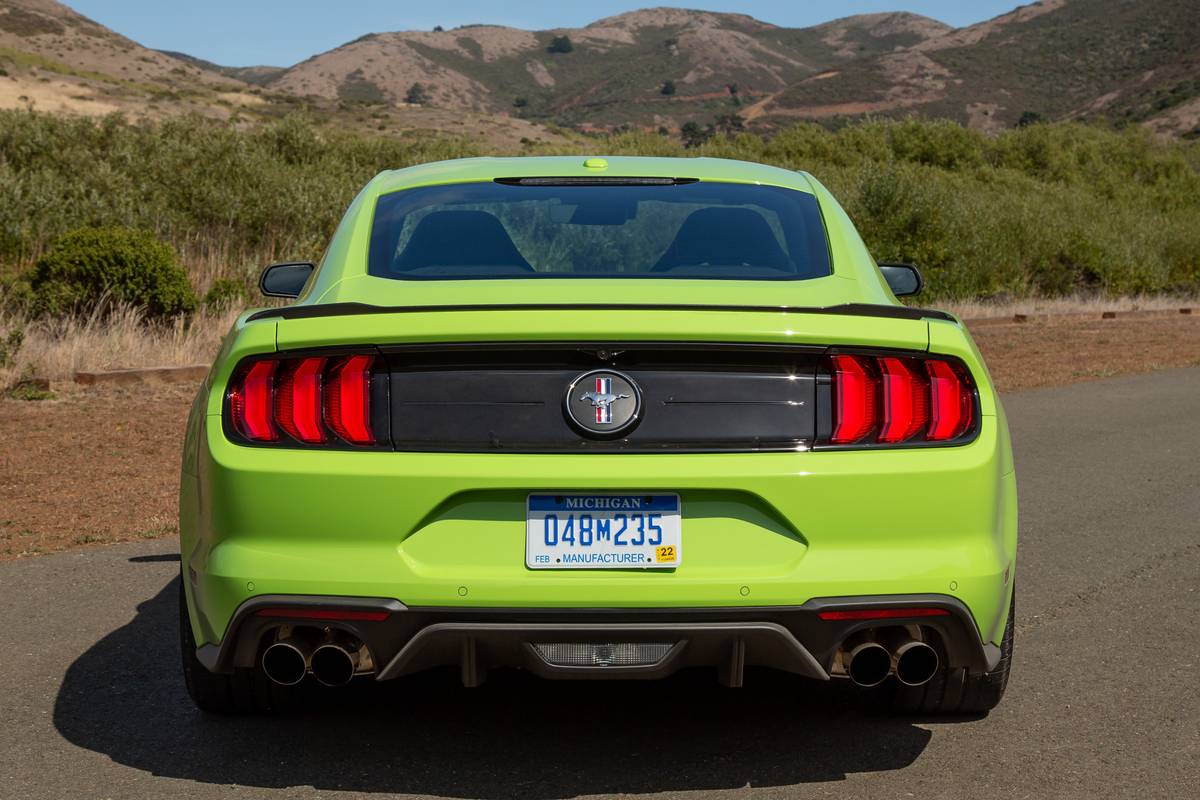 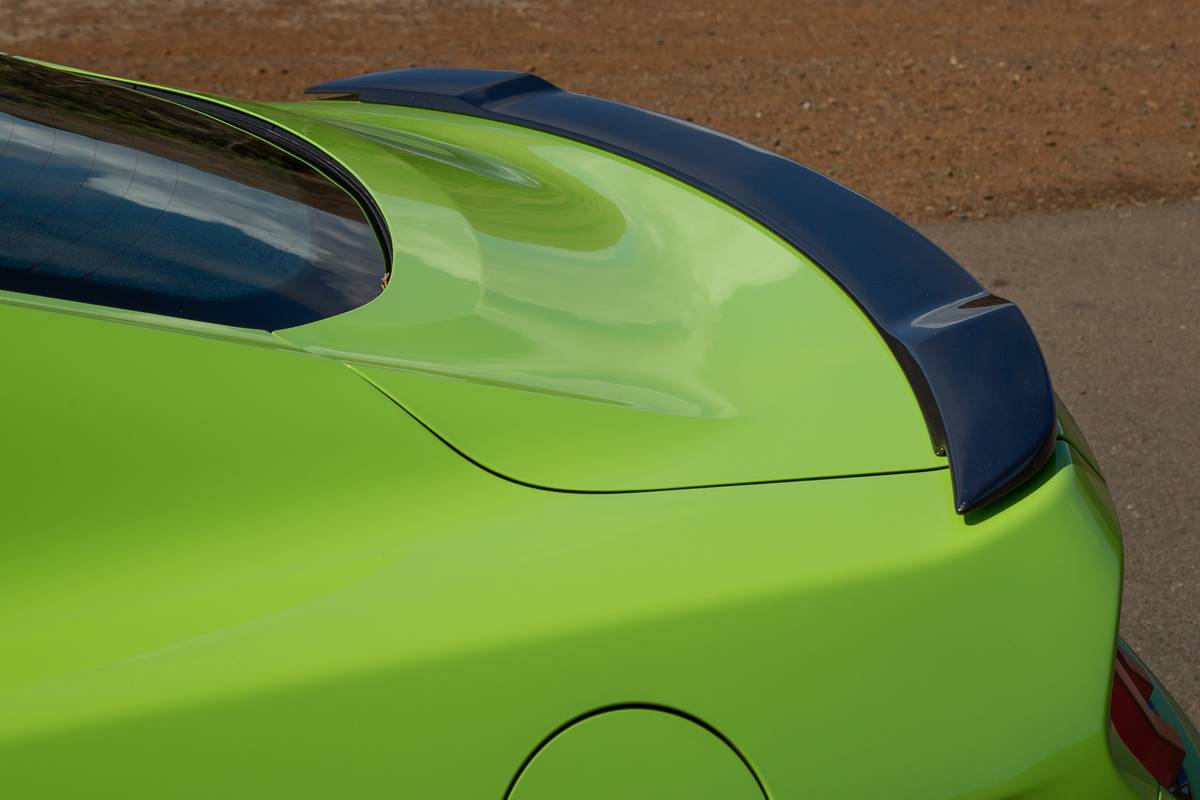 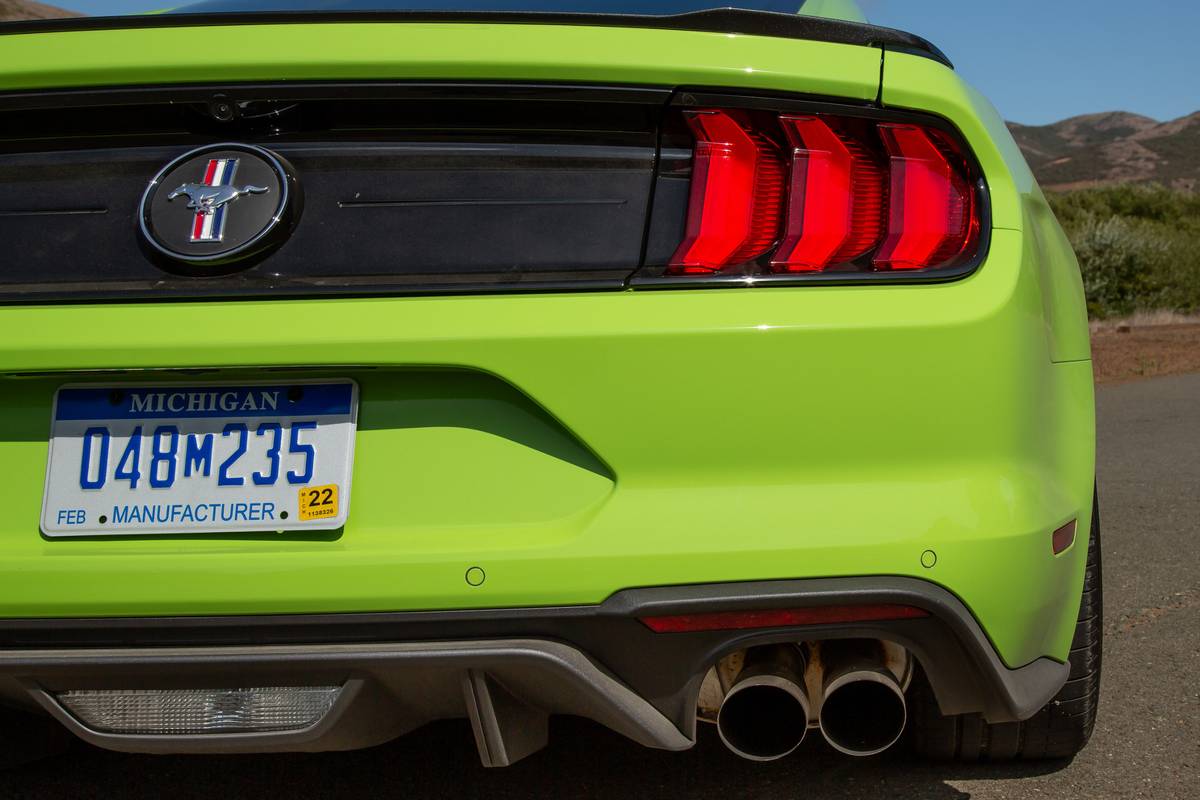 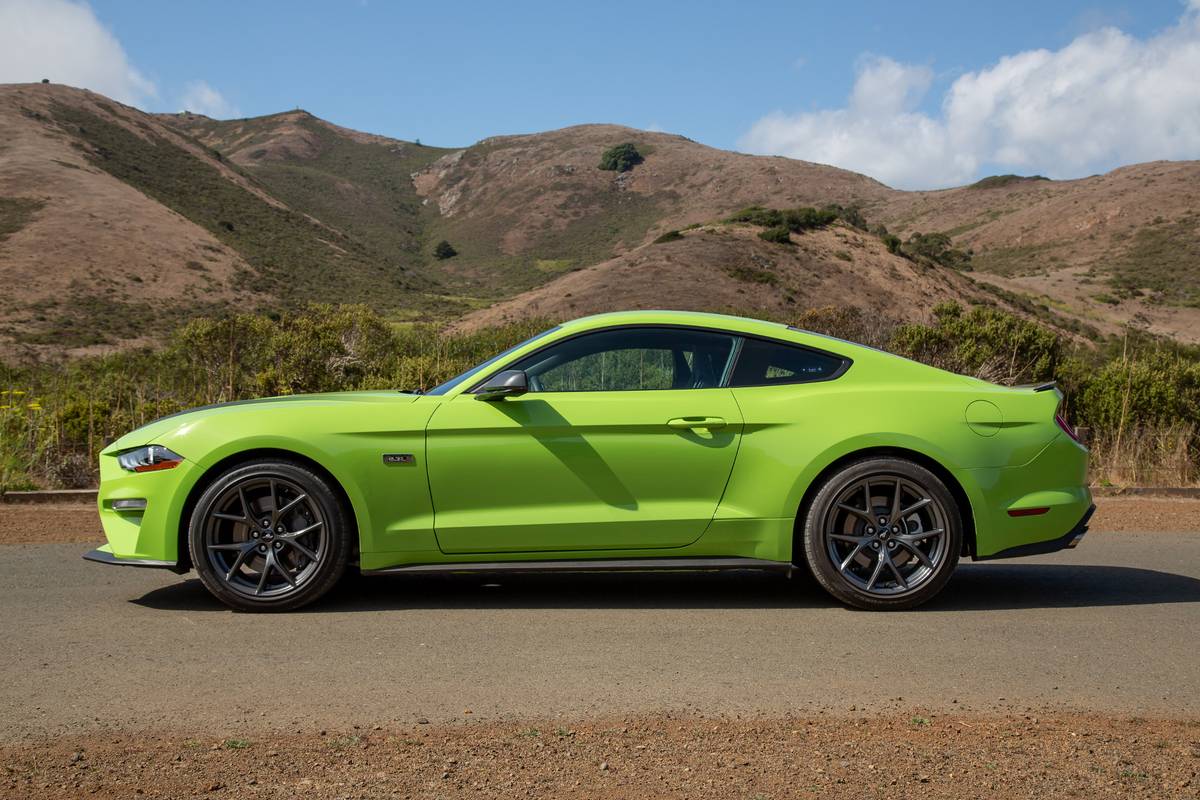 When you think Mustang, you probably don’t think about a turbocharged four-cylinder. The original pony car may have rounded into a full-fledged sports car that we can reasonably pit against the best sports coupes out there, but it’s still muscular at its core.

But Ford does offer a different take on the Mustang as its base model, serving it up with a turbocharged four-cylinder (instead of a V-8) that’s good for hijinks of its own. And for the 2020 model year, the Mustang EcoBoost adds a new High Performance Package that promises to add even more fun.

Ford already offered an EcoBoost Performance Package for the 2019 Mustang, and the HPP builds on it. Both offer a 3.55:1 ratio limited-slip rear axle, 19-inch wheels, additional gauges, larger brakes, a rear wing on fastback models, heavy-duty front springs, a thicker rear sway bar and unique chassis tuning. That’s quite a list already, but the HPP also adds more styling details, active performance exhaust and, most important, a new engine. I headed to Sausalito, Calif., just north of San Francisco, to see how much performance the new package actually adds. (Per our ethics policy, Cars.com pays for its own airfare and lodging at such automaker-sponsored events.) 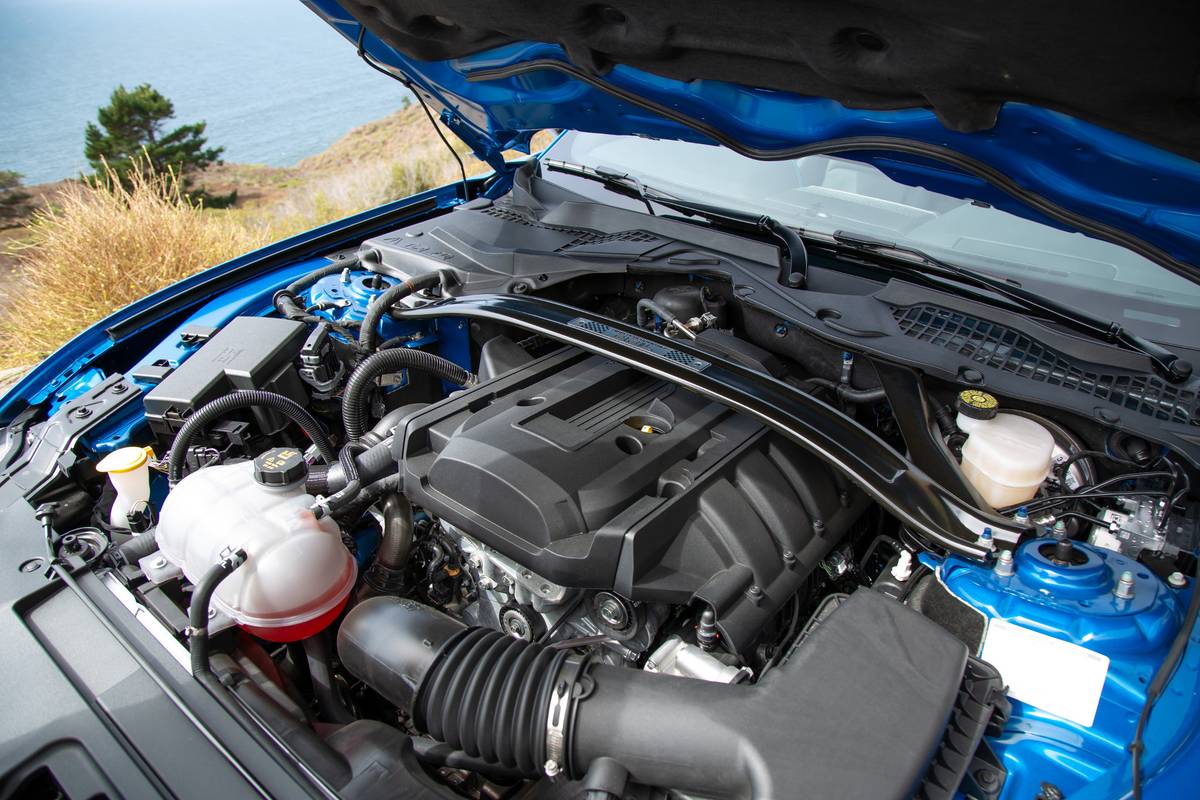 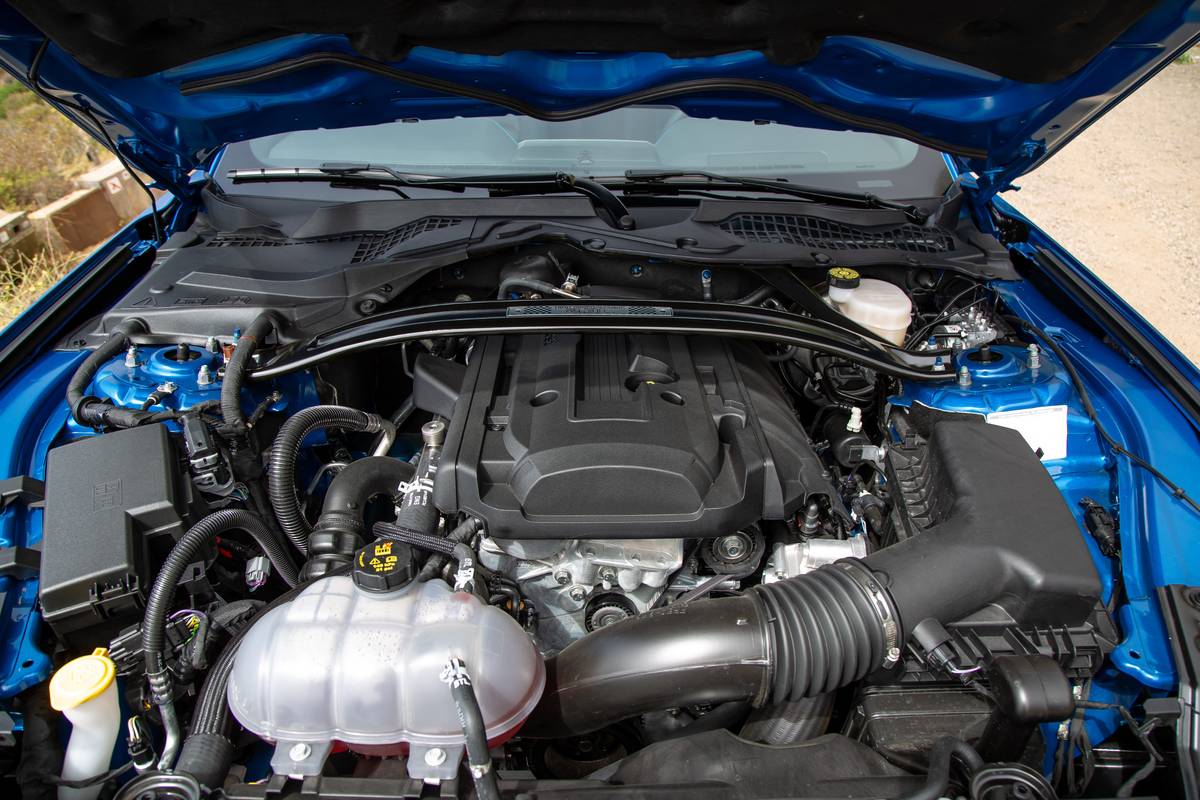 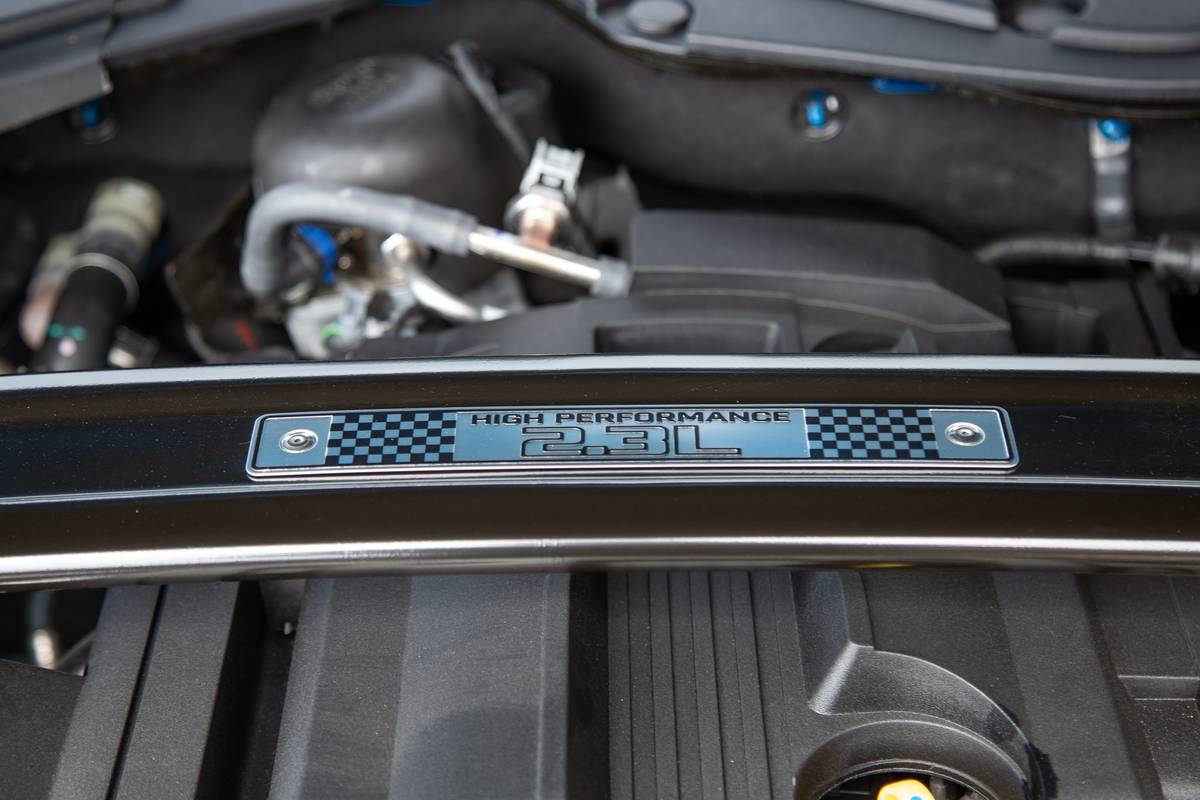 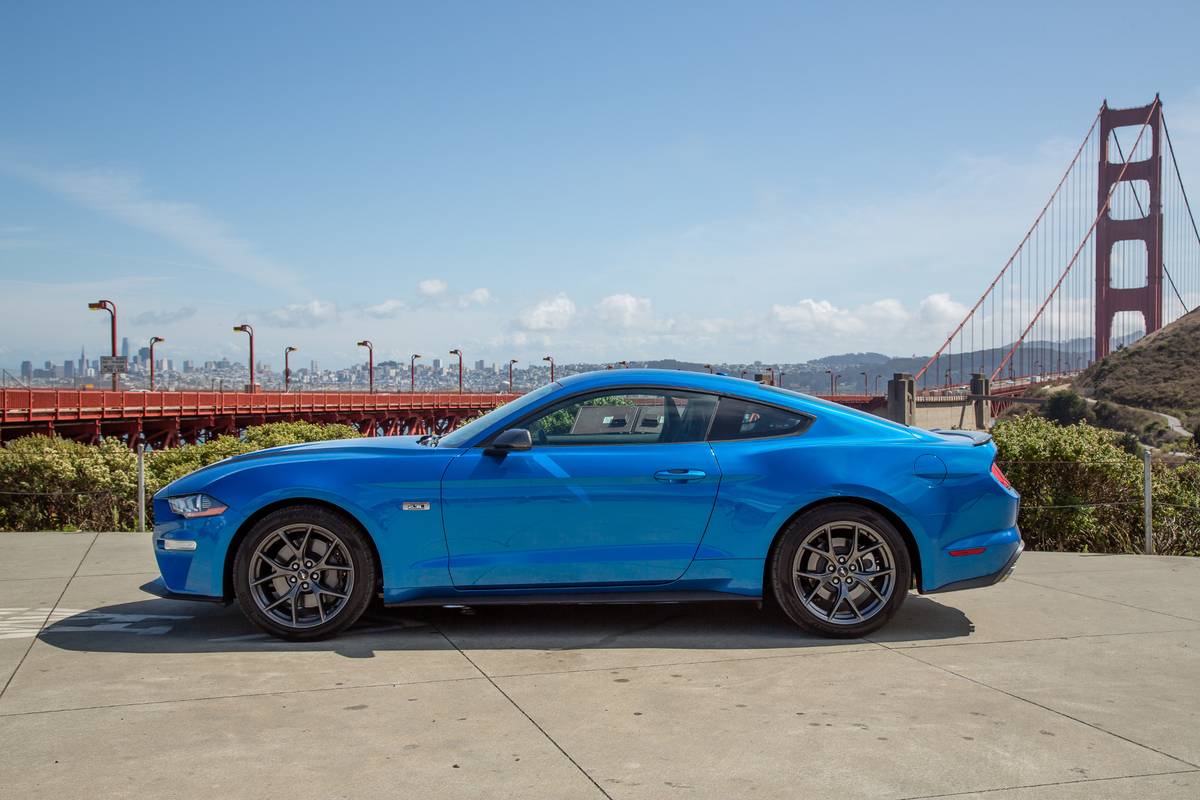 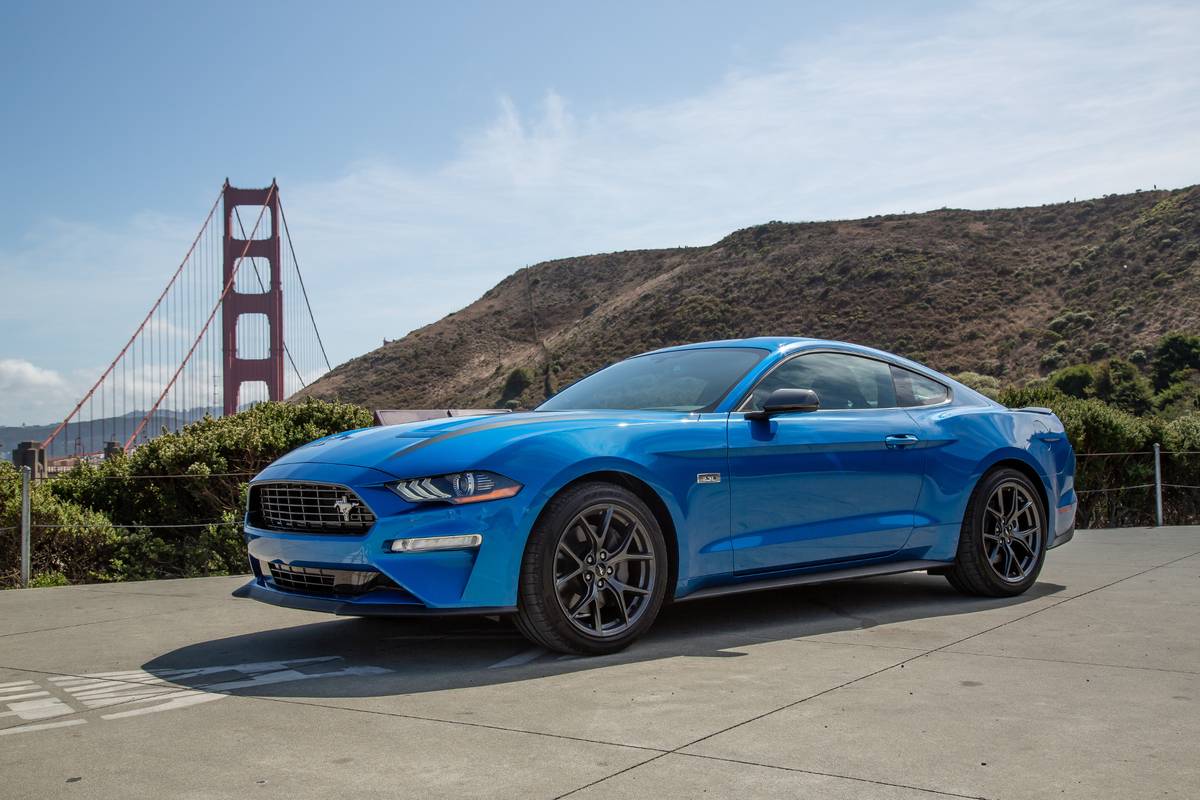 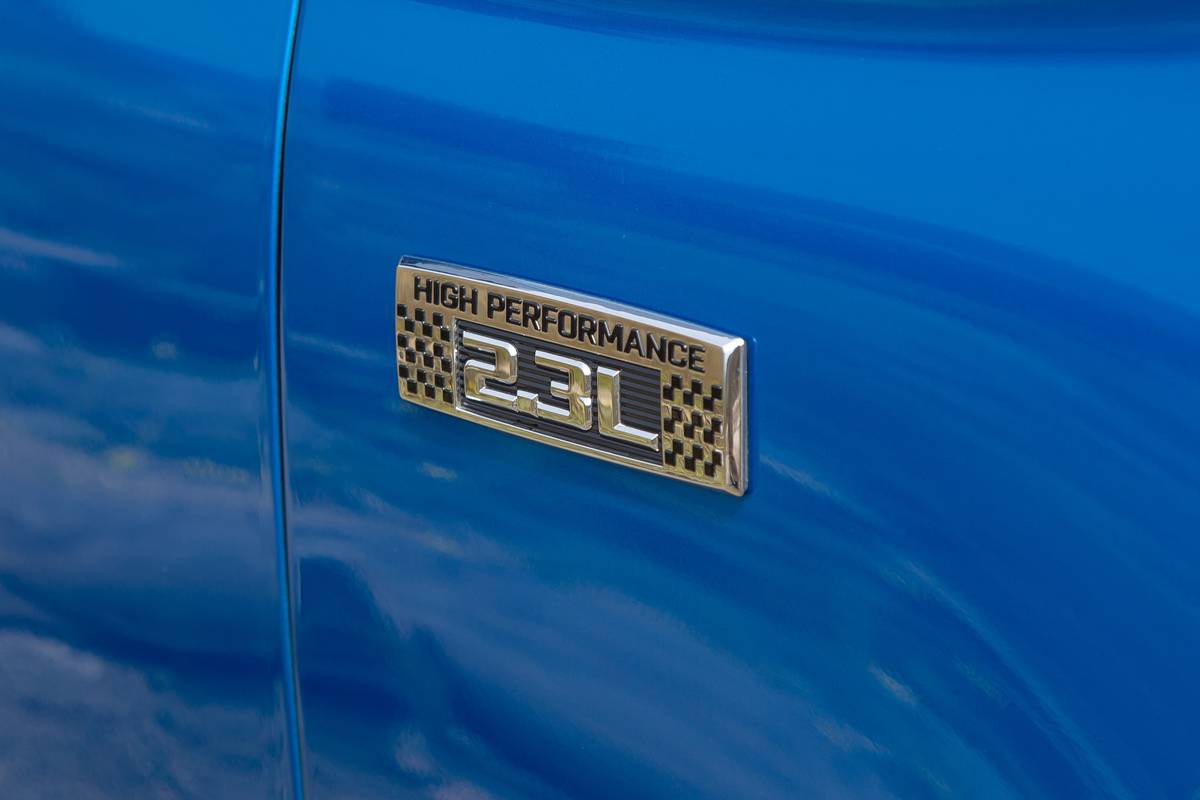 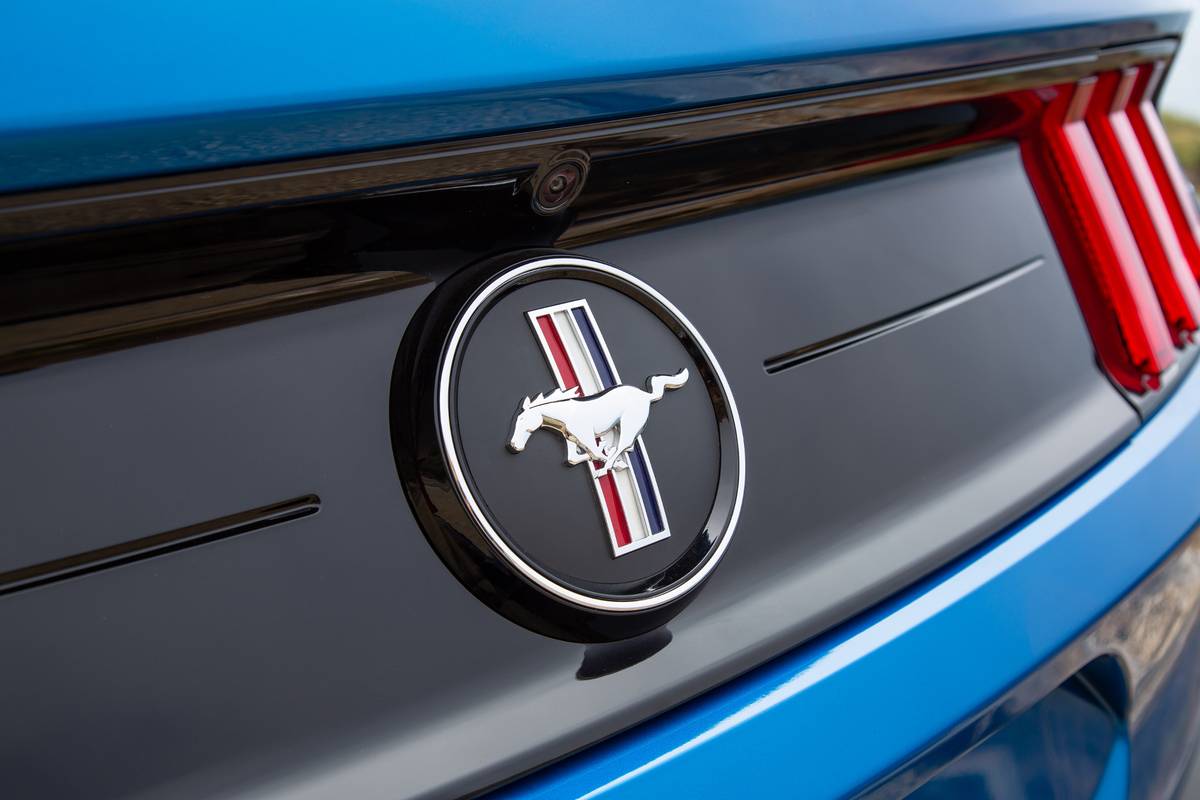 Though the new engine is a turbocharged 2.3-liter four-cylinder like the one found in the regular EcoBoost Mustang, don’t get the two mixed up: The HPP’s 2.3-liter, borrowed from the Focus RS hatchback, adds a larger turbocharger and radiator in this application, putting out 330 horsepower and 350 pounds-feet of torque. That’s 20 more horsepower than you get out of the Mustang’s regular EcoBoost engine, but it’s also 20 less than you get in the Focus RS.

The new engine also puts out power differently than the standard engine. Ford says it has a “broader torque curve that delivers 90 percent of peak torque between 2,500 and 5,300 rpm” and that “horsepower holds stronger up to the 6,500-rpm redline.” That also indicates that the power comes on a little bit later than it does with the standard engine (5,500 rpm), which actually feels a bit peppier at lower rpm, like there’s a bit more instant torque to be had.

This gives the new engine a bit of a learning curve. The first part of the morning, I struggled to keep the revs high enough to really hit the engine’s sweet spot around 3,500 to 4,000 rpm. Flipping the Mustang into Sport or Sport Plus mode with their more aggressive throttle mapping makes it easier to hold the engine in the power band. Once you get the hang of it, the difference is noticeable — and it’s not just the 20 extra horses. The Mustang HPP pulls, pulls and pulls some more, continuing to pour on speed as the needle approaches the redline. And it’s fun in a way that makes you want to find open road to rip through over and over again.

The Mustang EcoBoost HPP has the same transmission options, a six-speed manual or a 10-speed automatic. Because of the way the engine behaves, it’s paramount that the transmission works with you to keep the engine in its happy place. I drove both automatic and manual variants, finding a clear winner between the two choices: the manual.

The 10-speed automatic, which I should note I did like while reviewing the 2018 EcoBoost Mustang, gets a bit lost in this application. With the RS engine’s different torque band and an emphasis on maintaining higher revs, the transmission gets a big bogged down and short-shifts you a bit when you want it to hold onto the gears longer. Being able to choose the gears yourself with the manual lets you get more out of the engine and makes the car a lot more fun to drive.

The other good news: Opting for the manual also saves you $1,595.

The Mustang EcoBoost HPP also adds grippier Pirelli P-Zero summer tires that, along with the suspension changes, gives the car good athleticism. Ride quality is still pretty good, especially on well-kept roads, where the Mustang glides nicely. But those who want to extract the most performance from the Mustang should add the available EcoBoost Handling Package for $1,995.

For that, you get an impressive set of added equipment: wider Pirelli Corsa4 tires, the braking system from the GT Performance Pack 1, a Torsen 3.55:1 limited-slip rear axle and, most notably, a MagneRide adaptive damping system. The Torsen setup is better, notably because it is able to mechanically send more torque to the wheel with grip rather than the electronic-braking-based system that’s standard.

The addition of MagneRide had the most effect of these changes. The system is magic and, when combined with the grippier tires, makes the Mustang come alive even more. This is especially true in the sportier drive modes where the suspension dials up the firmness. If you want to make the Mustang feel at its most agile, this is the way to do it — and it even holds handling advantages over the GT, since it weighs around 250 pounds less. The nose really dances with a deft touch, and knowing you have bigger brakes and those tires just gives a driver added confidence.

If you’re opting in for the HPP and its $4,995 price already, I think the EcoBoost Handling Package is a must. It might be worth it for the suspension alone, but toss in all of the other upgrades and it’s a no-brainer. 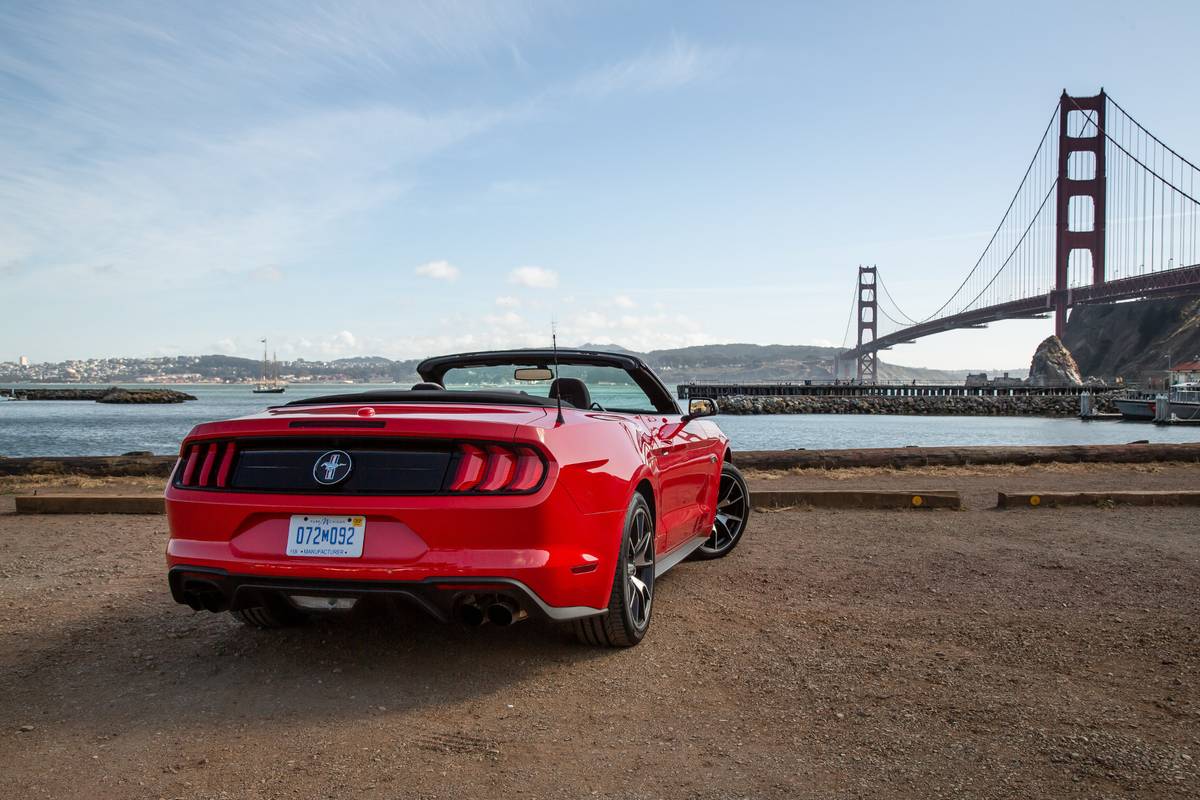 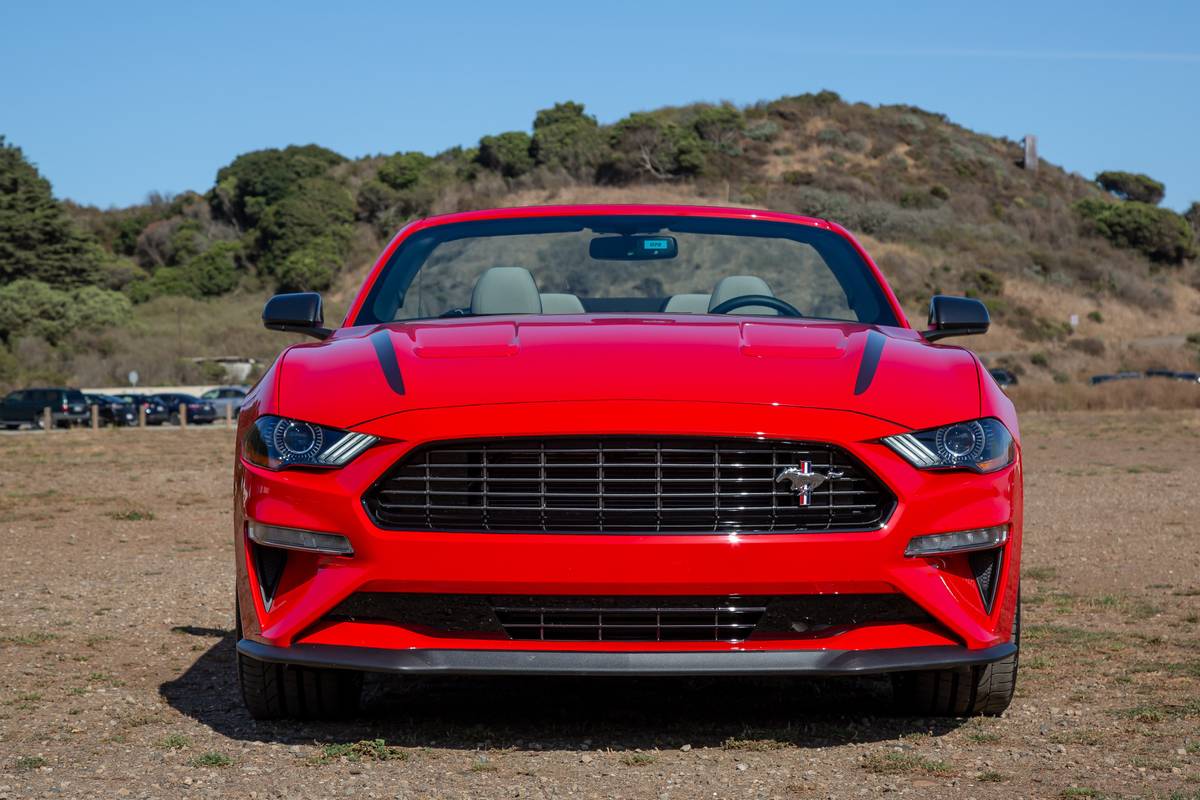 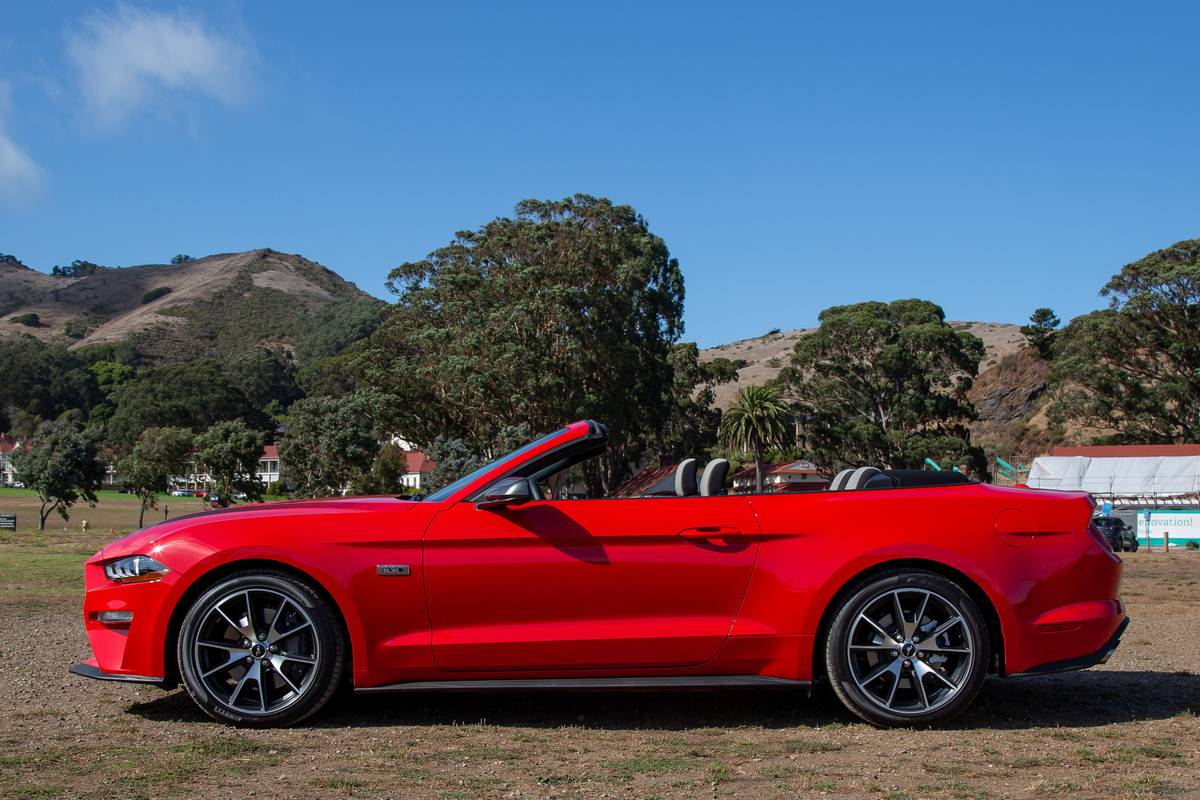 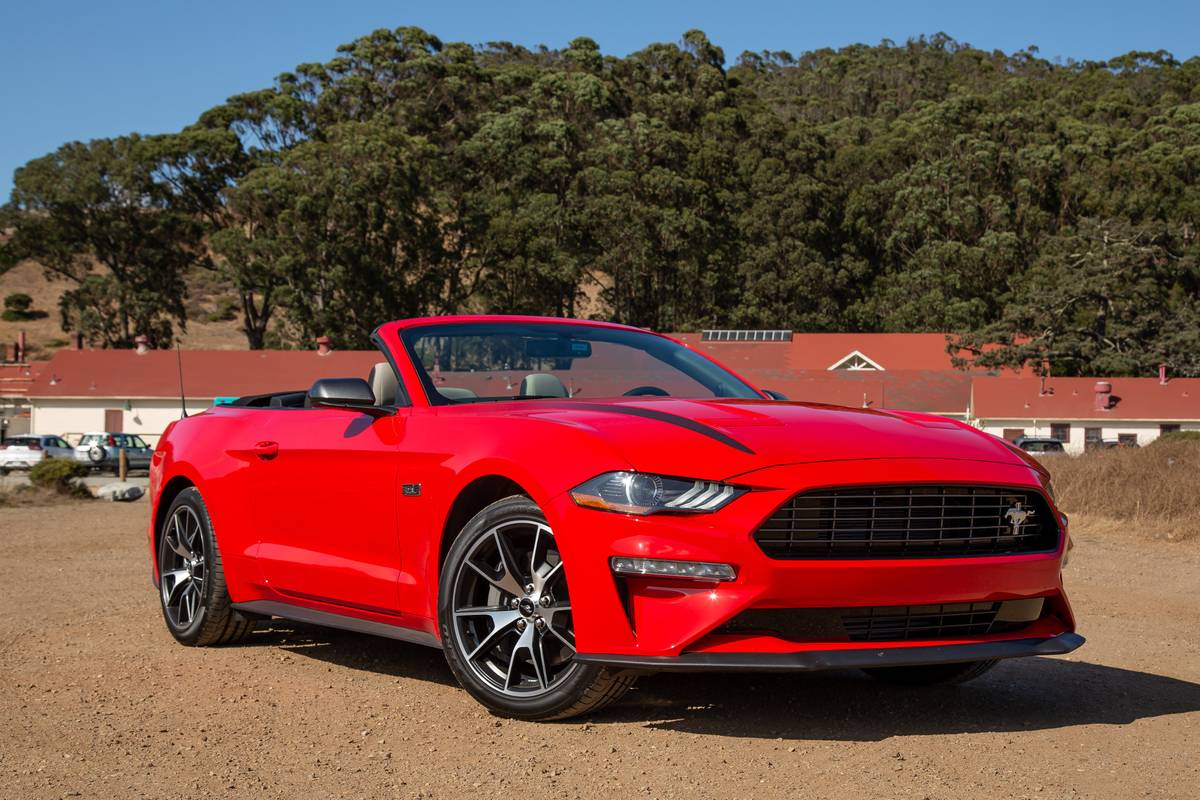 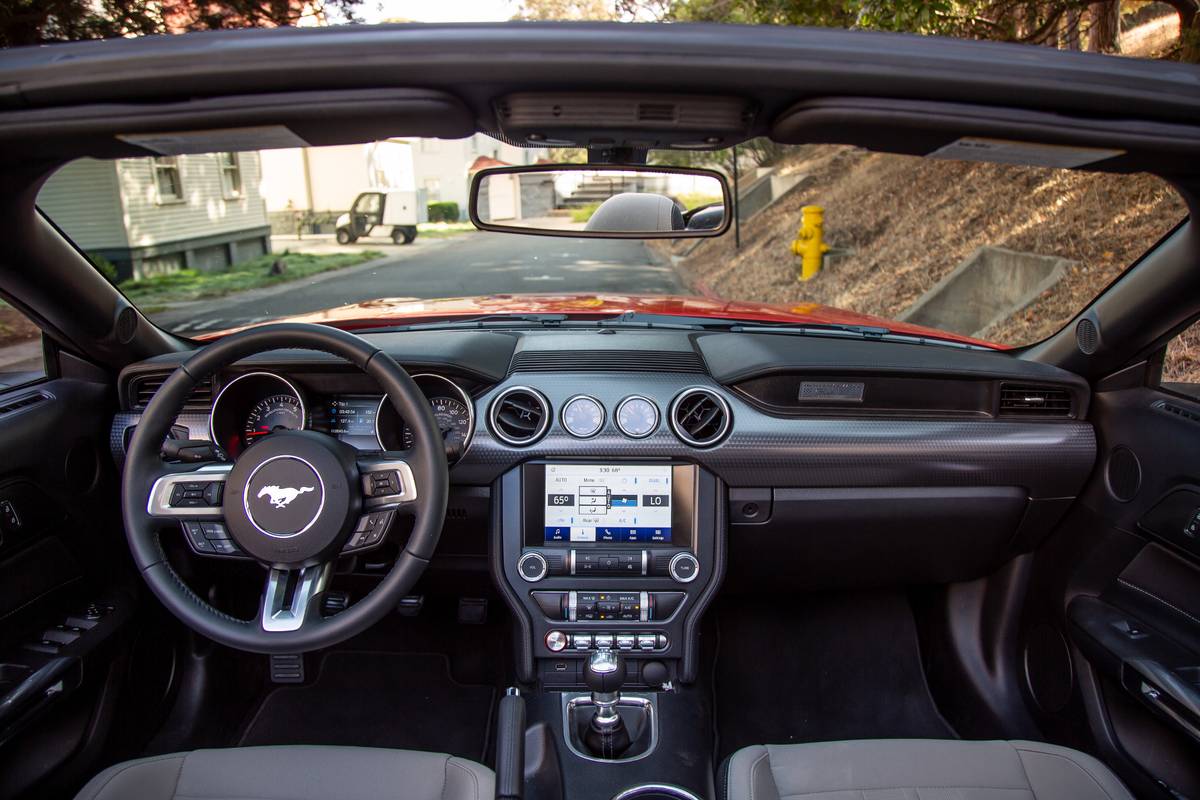 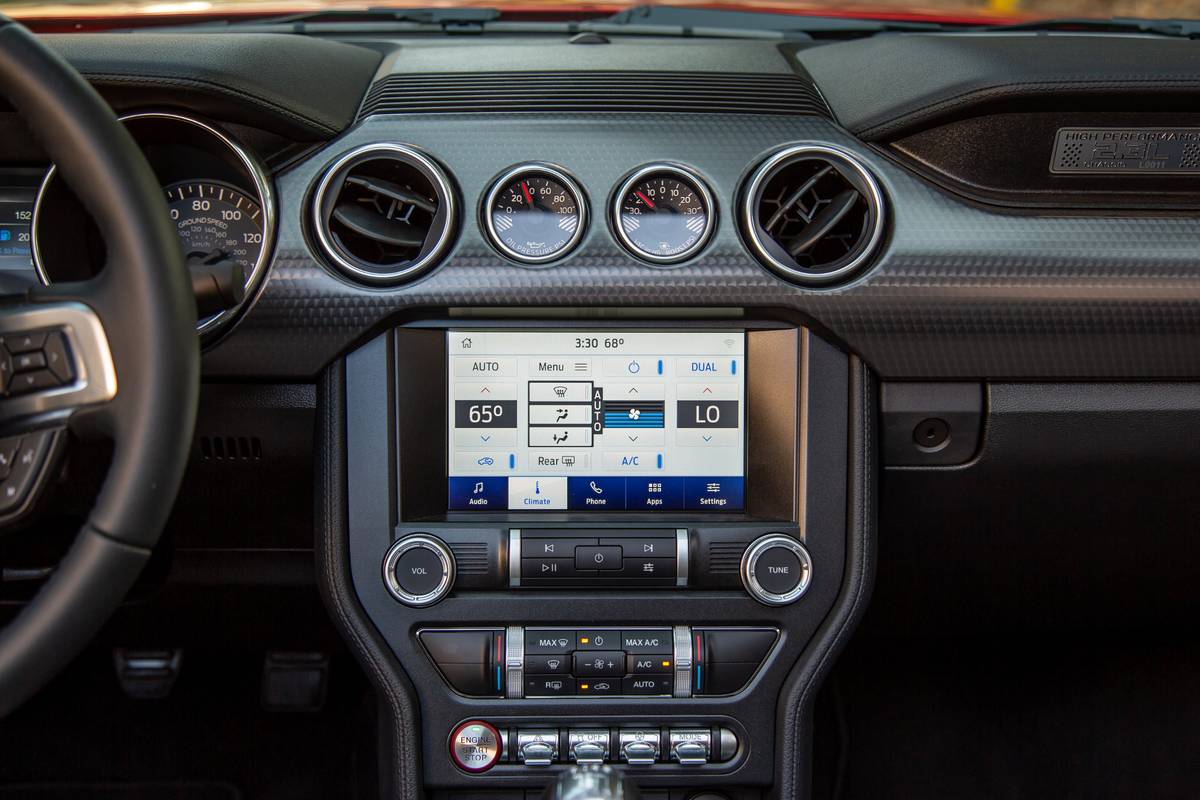 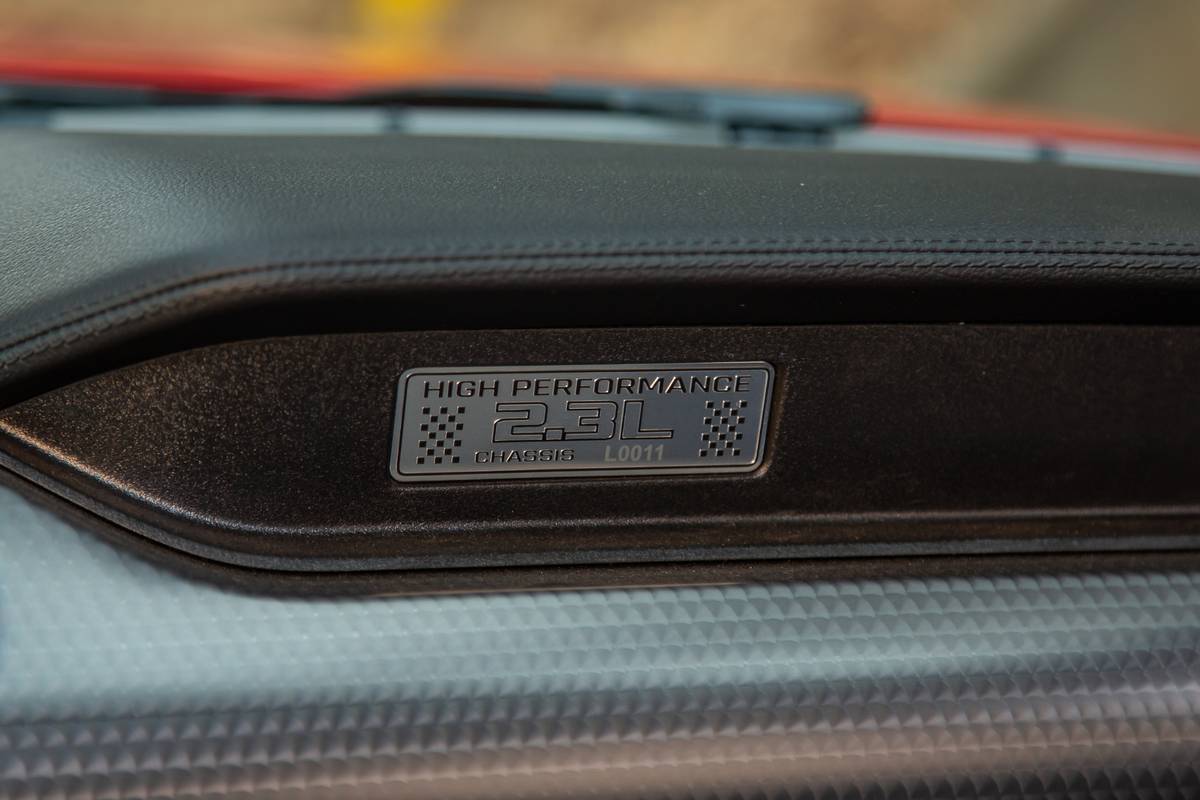 Each of the variants I drove topped $40,000, which puts them over the price of a GT by a good margin. One of them, with the automatic transmission, handling package and Recaro seats among other options, pushed all the way up to $45,160; that’s quite a bit of change when you consider that you can get a Mustang GT with Performance Pack 2 for only $45,225.

The four-cylinder will offer you some fuel savings compared to the V-8, with the HPP and the manual transmission it returns an EPA-estimated 20/27/23 mpg city/highway/combined, which outpaces the V-8’s 15/24/18 mpg with the manual. For the eco-minded, that might be enough of a selling point to sway you in one direction or the other.

But if you have your heart set on the GT and its big V-8, I don’t think that the EcoBoost with the HPP can change your mind. That’ll get reinforced after you hear the exhaust note from the new active exhaust system. The standard EcoBoost doesn’t sound great, but at least it’s not so loud that it bothers you. The active exhaust is no friend to the HPP engine, either; it makes it sound coarse and unpleasant, in stark contrast to the wonderful soundtrack provided by the GT’s 5.0-liter V-8.

But if you want a nimble Mustang that puts an emphasis on handling, offers better fuel economy and remains rewarding to drive, then the HPP is right up your alley. It’s a fun car to drive that rewards you as you learn to drive it better.