The verdict: The Type R’s on-track credibility is boosted for 2020, but a new augmented engine sound is a head-scratcher.

Versus the competition: Exuding poise, balance and loads of grip, the front-wheel-drive Type R performs as well as or better than its all-wheel-drive rivals.

Below $40,000, you’ll have a hard time finding anything more track ready and fun than the 306-horsepower, six-speed-manual-only Honda Civic Type R. Now in its fourth model year, the 2020 Type R hatchback gets some love with an update that includes new performance goods, a few interior tweaks and one love-it-or-hate-it feature that might be annoying enough to make you look for a 2019-or-earlier Civic Type R.

Ninety percent of the enhancements make the 2020 Type R a better street and track car. They’re meaningful updates that take an already track-happy car and give it more directness and capability. Up front, the bumpers are redesigned and there’s a larger grille opening for additional cooling that Honda says reduced coolant temperatures 18 degrees in its testing. To my eyes, the smoothed texture of the lower bumper trim versus the previous honeycomb inserts is far less busy and cheap looking.

The new two-piece brake rotors from Brembo replace the single-piece design. This floating design improves heat dissipation and braking performance during high-stress driving by making the center hat out of aluminum instead of using one iron piece. The brake pedal stroke has been reduced by 17%, which means it takes less push to engage the brakes.

The front suspension has a new lower ball to reduce friction and updated front compliance bushings. In the rear, the lower B-arms have new bushings that stiffen lateral loads by 8% for improved toe-in when cornering. Rounding out the suspension changes are updated adaptive shock absorbers now able to sample road conditions 10 times faster than before for more accurate reactions.

The claimed results are improved steering accuracy at turn-in, more mid-corner stability and increased traction powering out of corners. What’s interesting is that the Type R wasn’t lacking those characteristics in our previous track testing, especially when compared with the Volkswagen Golf R. Could I tell the difference? I can’t honestly say I did during my time, which was limited to street driving. With these tweaks being incremental, I believe I’d have to be on a track to tell the differences, and perhaps driving the older Type R back to back.

None of these changes affect acceleration. We measured the previous Type R’s 0-60 mph at 5.6 seconds (during the same test, a manual-transmission Golf R went 5.8 seconds to 60 mph). What’s instantly more noticeable, however, are the improvements to the Type R’s interior — for better or worse.

Honda Came to Its Senses

Finally, Honda Sensing safety technology, which the Civic Type R previously excluded, is standard. It provides adaptive cruise control, lane keep assist, forward collision warning with automatic emergency braking, and a few other safety systems. This always felt like a large omission because it’s been available on lesser Civics, and these are features that make everyday driving more comfortable and safer. It was easy to look away for the Type R, though, because it was so specialized as a track car. Having these systems, even for my short loan, made the 2020 Type R an easier car to live with in areas with high-speed interstate driving. And like other Hondas, the features work well — lane keep assist works more like lane-centering to keep the car centered rather than ping-ponging off lane markings like some other systems.

The steering wheel is now covered in Alcantara synthetic suede versus leather, as is the shift boot, while the shift knob itself has a different shape and is weighted for a more direct feel. I liked both, though the Alcantara steering wheel seemed a little less grippy than the leather, and I’d imagine you’d get the most benefits from this wheel while wearing a pair of driving gloves. And good luck getting the smell of french fries out of the cloth wheel after stopping at the drive-through.

Here’s the weird thing about the Civic Type R: Even though it’s a car controlled by electronic systems and powered by a turbocharged engine, the Type R has always felt pure and organically fast, which makes the inclusion of augmented engine sounds for 2020 peculiar. This is a system that monitors the workings of the engine and generates a synthesized version through the audio system for increased effect. Most turbocharged cars use this type of system to make a small-displacement, grainy-sounding engine more pleasant — often in conjunction with active noise canceling (like the Honda Accord) to mask unwanted sounds.

In the Type R, it’s purely for sound augmentation, and the name Active Sound Control is slightly misleading because you don’t have much control over the effect. It’s least aggressive in Comfort mode, a little more aggressive in Sport and most aggressive in Plus R mode, but you can’t turn it off (as Lexus sometimes lets you), nor can you pick and choose the aggressiveness in an “individual” custom mode along with chassis and drivetrain adjustments like you can in the Golf R. One of the Type R’s downsides has always been this lack of individual mode control for the various selectable driving systems.

Something as subjective as sound means you’ll have to hear it yourself to know if it’s a deal breaker, but the effect is a noticeable change in Sport and Plus R modes. I’m not a fan. I enjoyed the older Type R’s natural soundtrack of air whooshing through the intake during acceleration, a clatter of injectors and the sound of the bypass valve forcibly recirculating air after lifting the throttle. The Type R’s ASC is too artificial sounding for a car that otherwise feels so natural.

Not being able to turn off the new sound augmentation is a downside, but intrepid Type R communities will likely find a way. In the end, I’d suck it up, hold my nose and buy the 2020. If it weren’t for Honda Sensing, I might have leaned toward the earlier cars, but having those convenience and safety features really seals the deal on the 2020 Type R as the one to get. And for only $695 more than before? Yeah, even at $37,950 with destination, the Civic Type R’s price is still a bargain, albeit a slightly more annoying bargain. 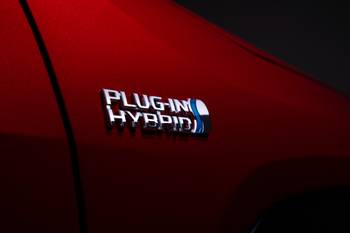 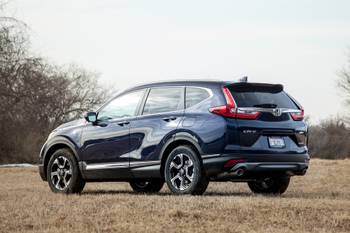 Fuel Pump Recall in Store for 628,000 Hondas and Acuras
More From Cars.com 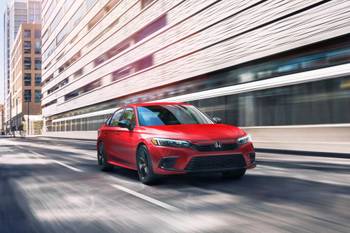 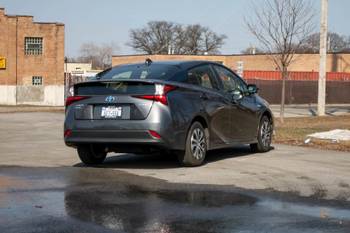