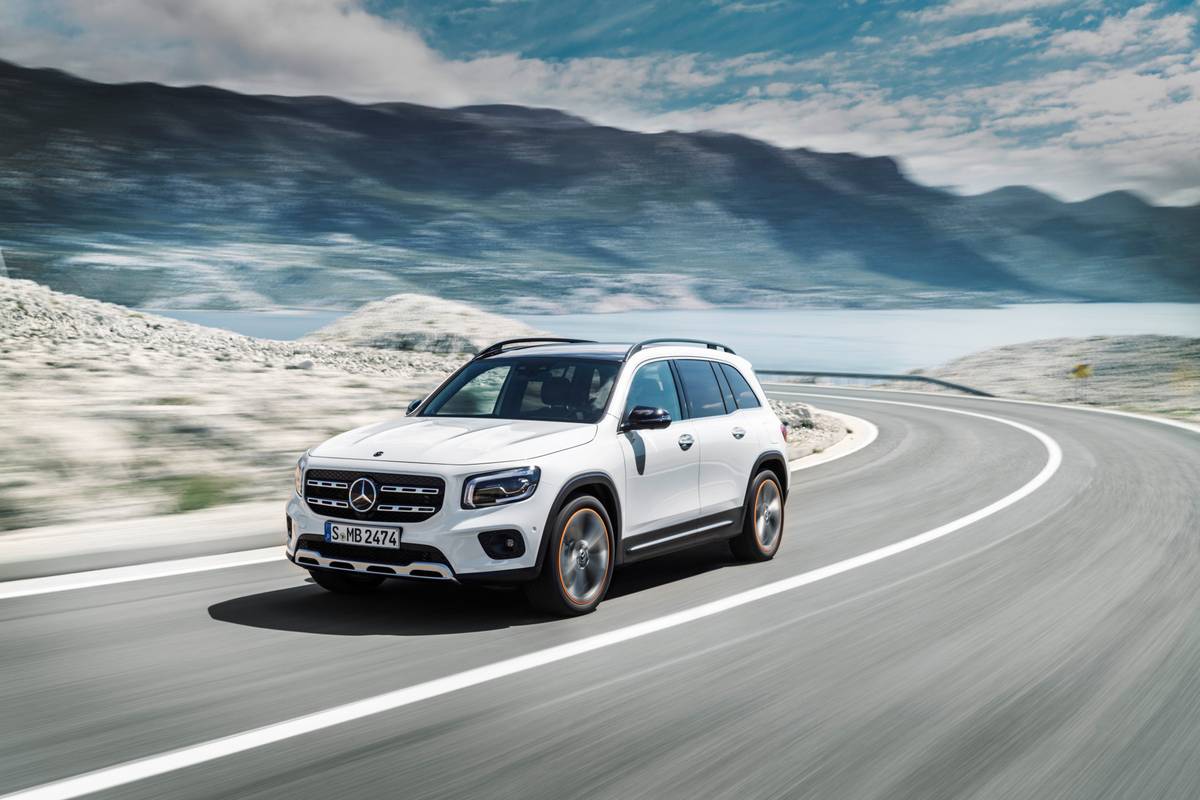 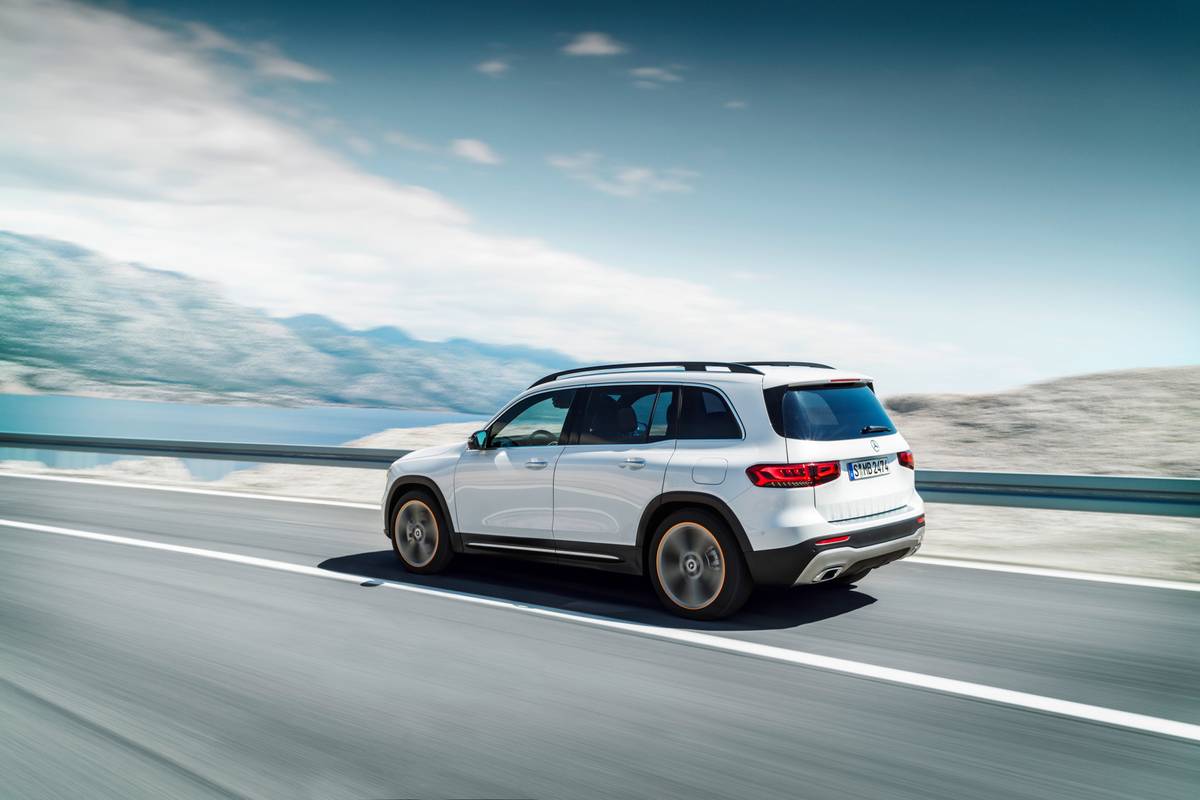 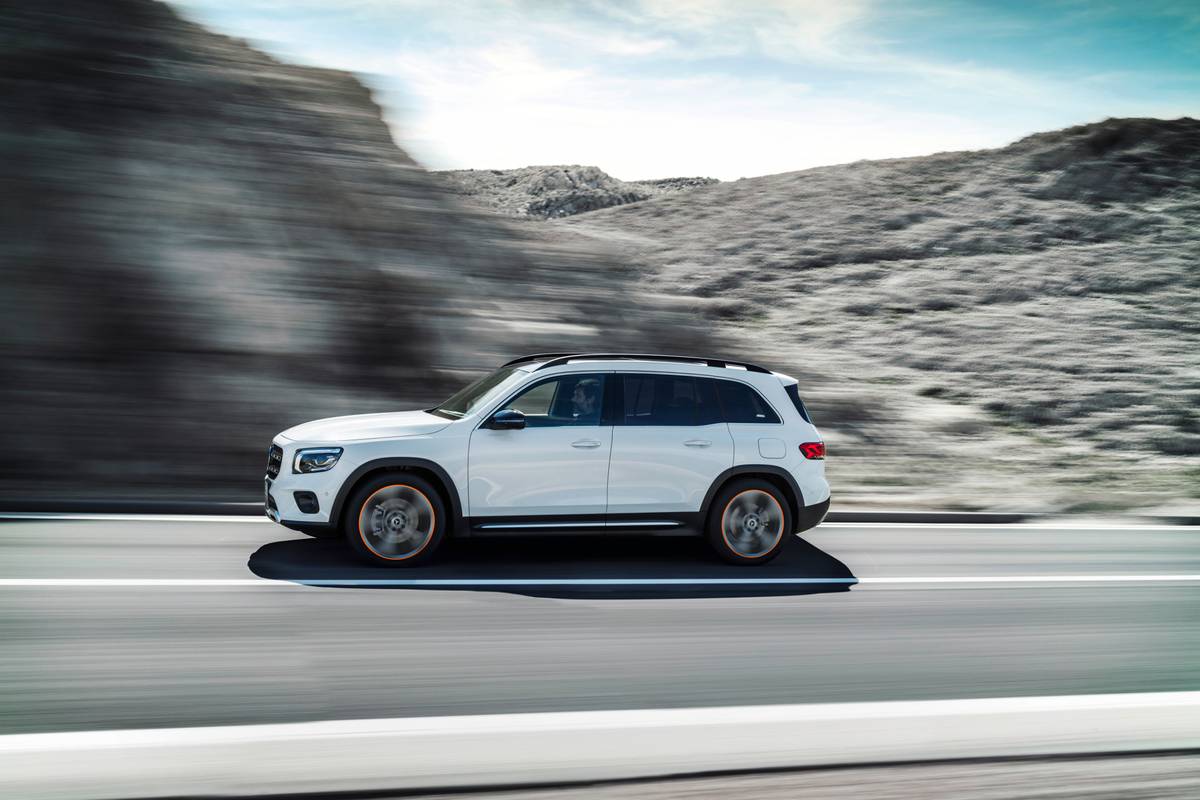 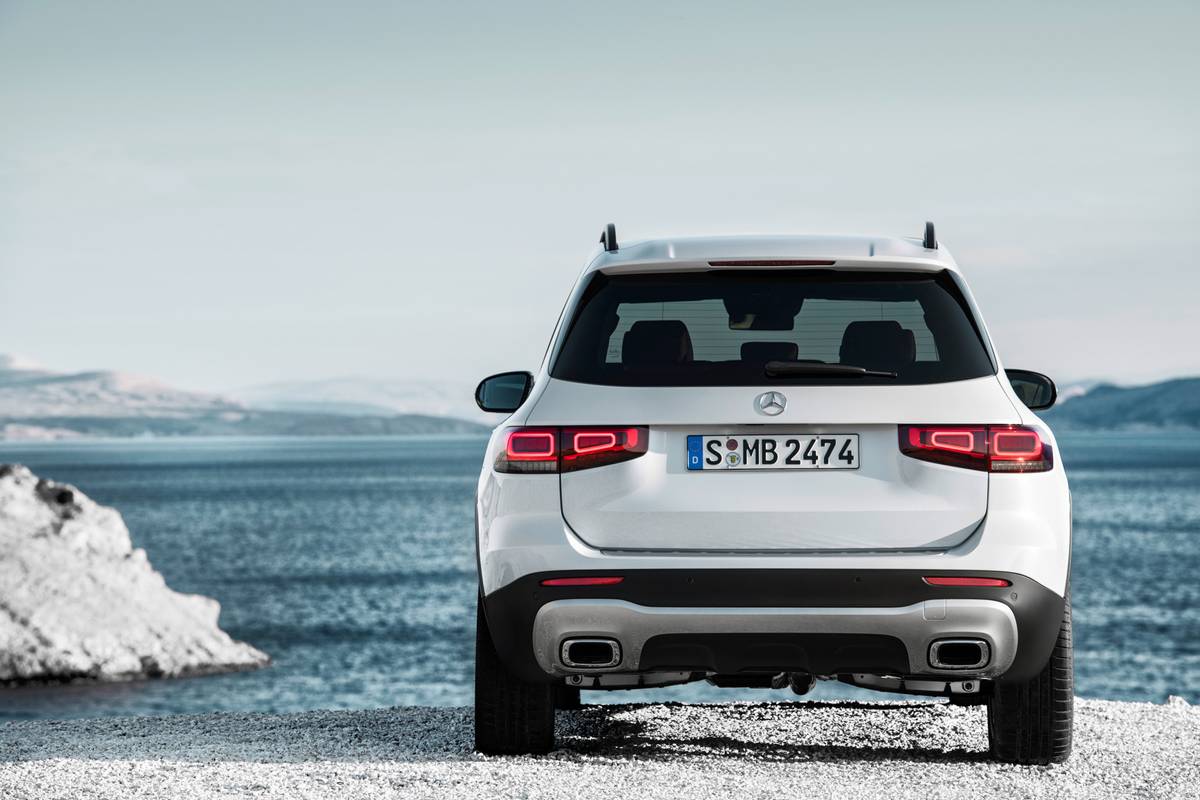 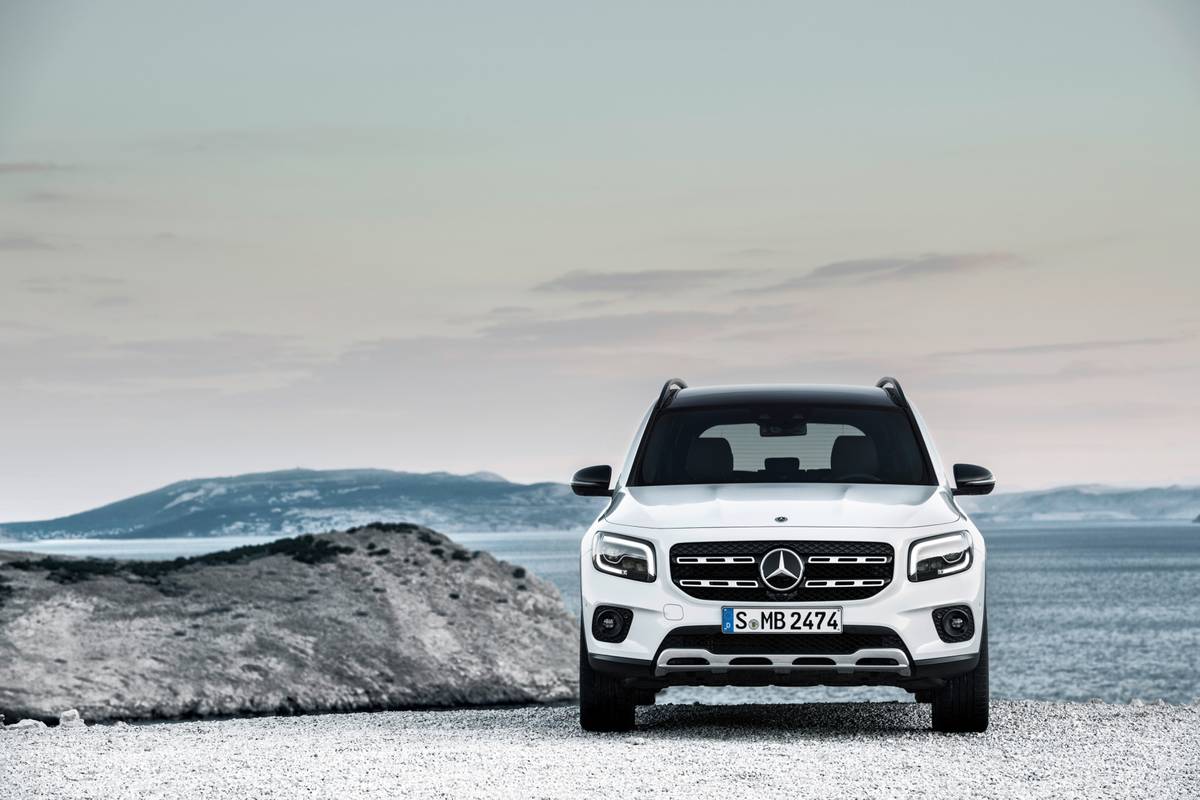 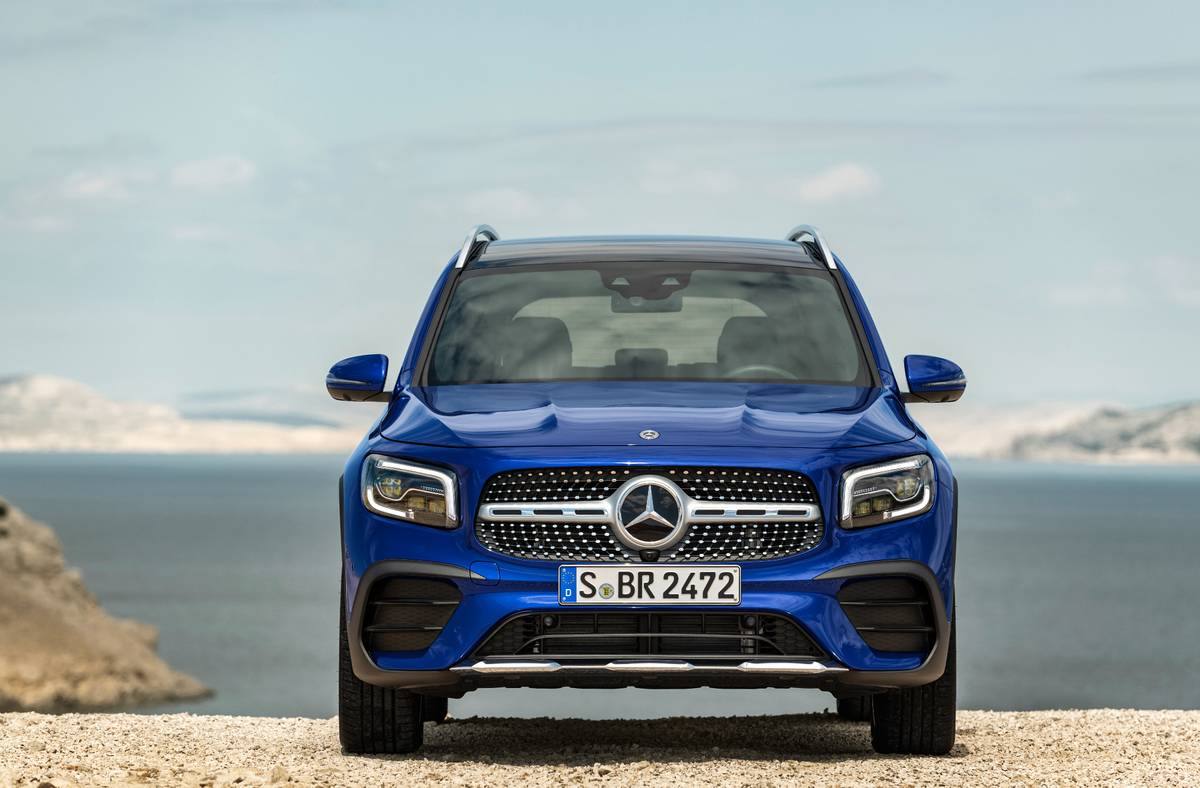 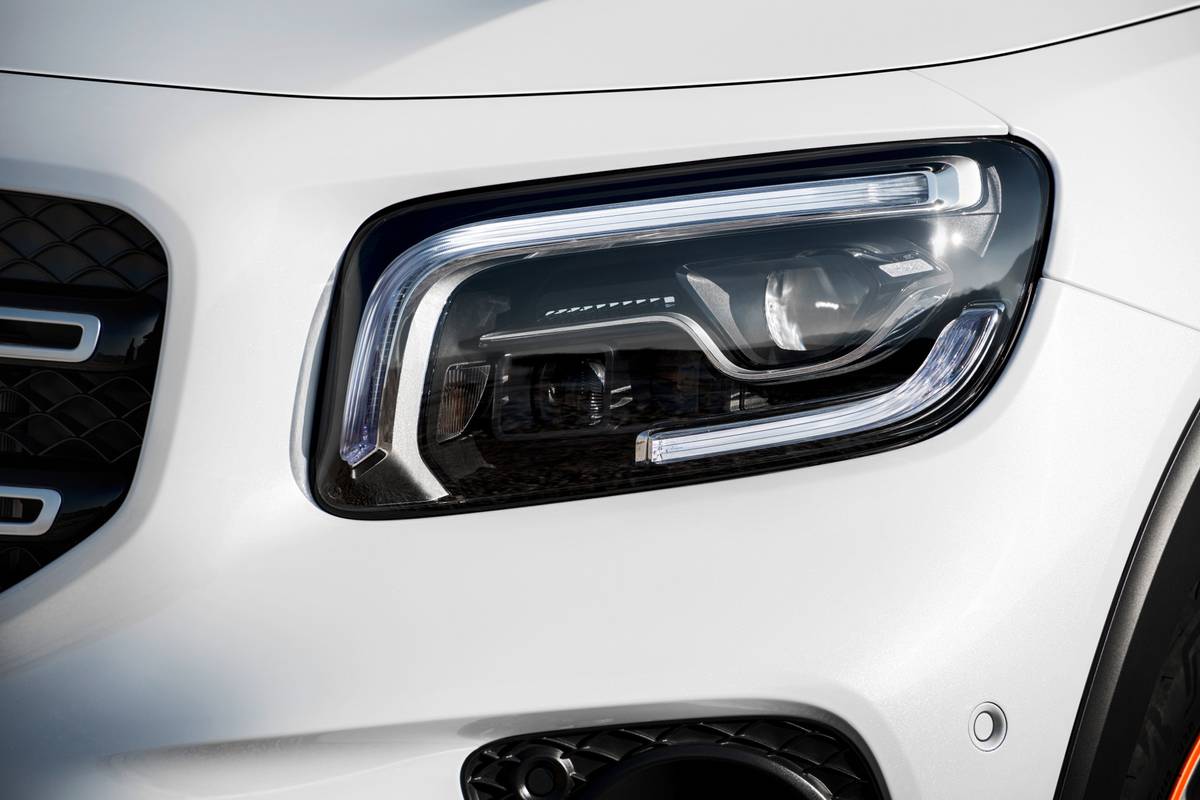 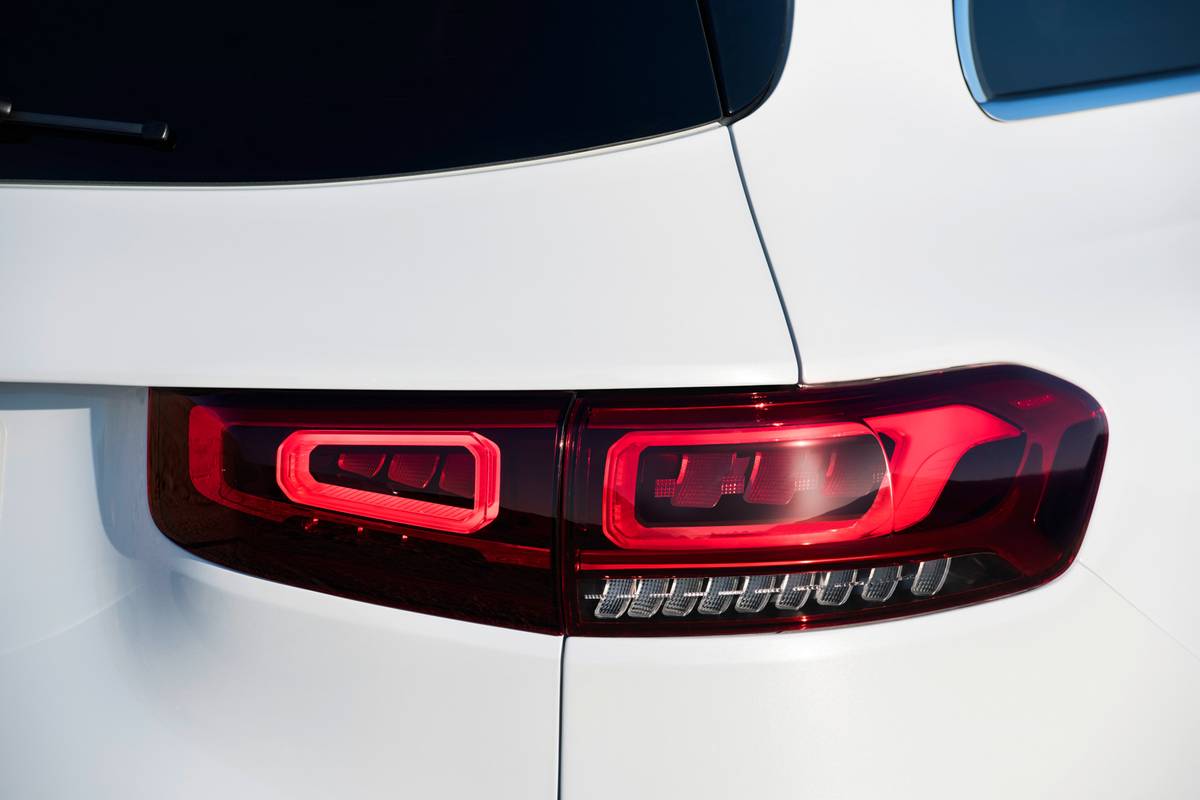 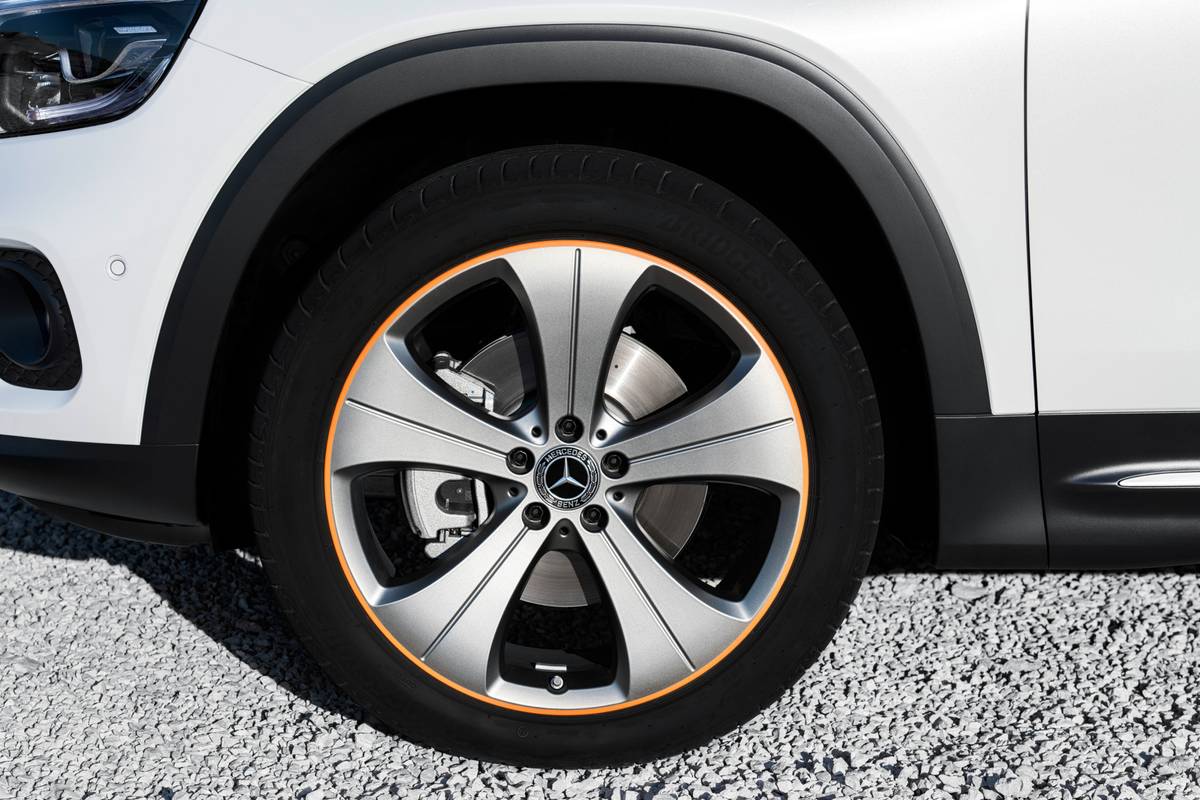 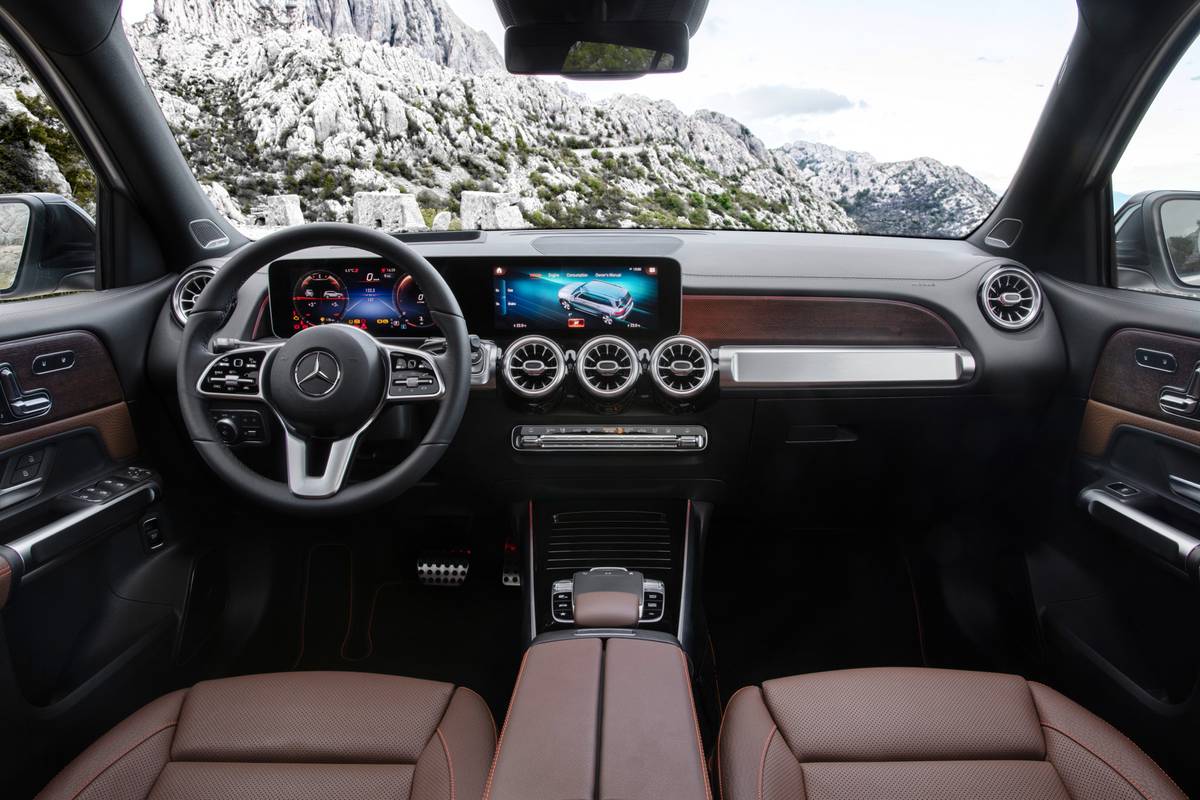 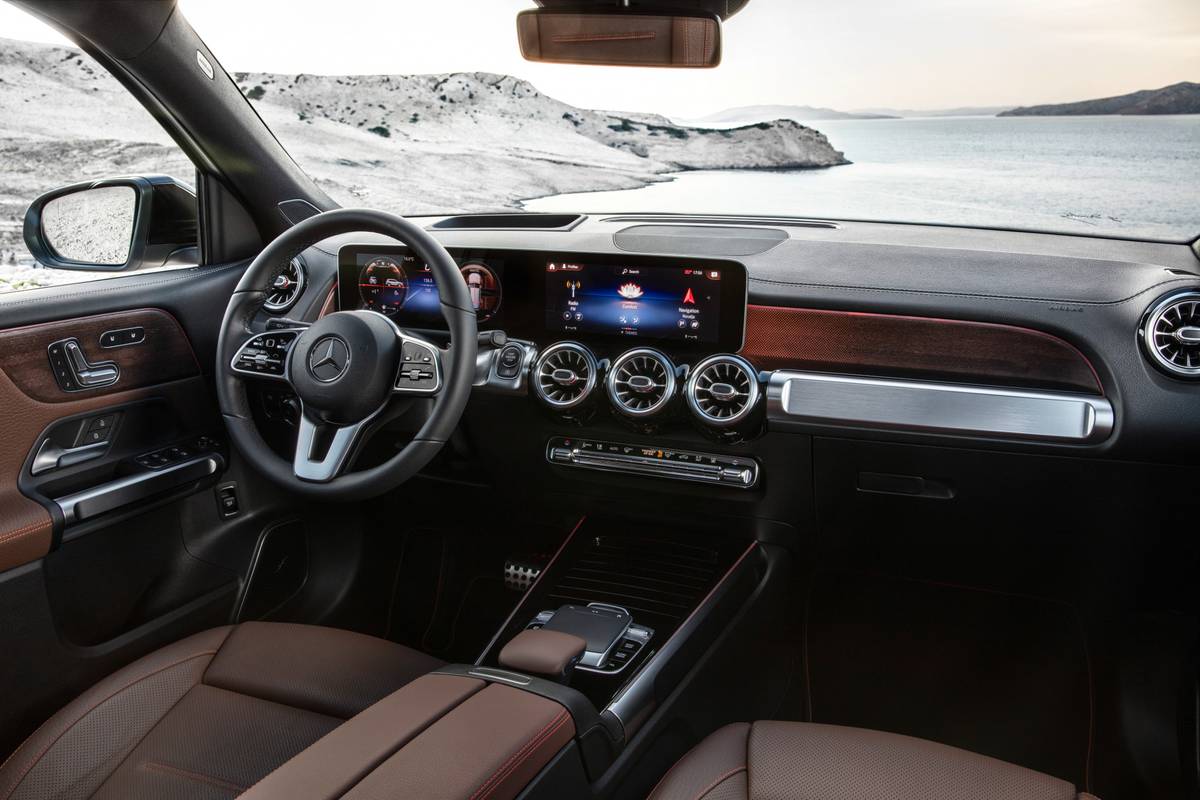 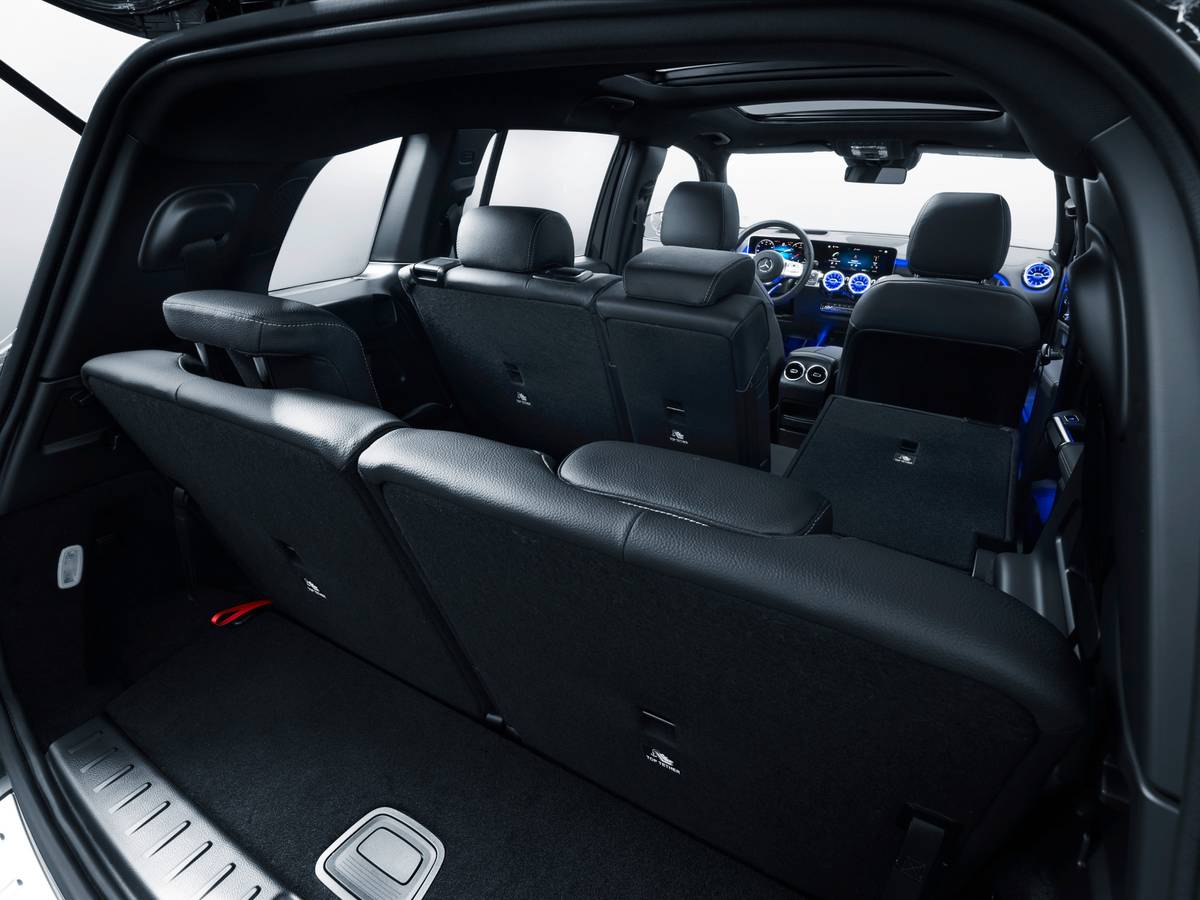 Competes with: The GLB joins the Land Rover Discovery, as well as the mainstream Volkswagen Tiguan, in a fairly new group of compact SUVs with a small third row available; you might fit the Lexus RX-L into that group, as well.

Looks like: The most traditional, squared-off and upright Mercedes-Benz SUV since the new G-Class

Mercedes-Benz is bulking up its SUV offerings with a new small hauler that fits into the space in its U.S. lineup between the GLA and GLC. And the new SUV, just unveiled in concept form in Shanghai in April, departs from either of those five-seaters with the flexibility of an optional, two-seat third row.

The GLB is not to be confused with the former Mercedes B-Class hatchback, a global vehicle sold in the U.S only in all-electric form and discontinued here in 2017. Pricing has not been announced for the GLB, which will go on sale in the U.S. “by the end of the year.”

More than other new Mercedes SUV designs, the GLB has a more upright and boxier traditional SUV shape. A low beltline also gives it tall windows, which bodes well for visibility. The lines are soft and rounded with an absence of creases or sharp sculpting, and there is abundant cladding all around the lower body and wheel arches. The overall effect seems intended to give the new SUV a more rugged and off-road-ready look than other Mercedes small SUVs.

The rectangular grille has, of course, a large Mercedes-Benz star, and either one- or two-level trim bars. LED headlights and foglights are options. The roof is only modestly sloped, and the liftgate is high and squarish.

The cabin can be configured for five or, optionally, seven seats. The design is familiar from the look and features of the new A-Class and redesigned CLA-Class with a pair of instrument and multimedia screens housed as a single wide unit that sits away from the horizontal dashboard and above three big air vents, with two more at each corner of the dash; the door trim carries through with a similarly horizontal design. The multimedia system is powered by Mercedes’ latest Mercedes-Benz User Experience system and includes a center console-mounted controller as well as voice control. A color head-up display is offered.

The 40/20/40-split, folding second row reclines and slides up to 6 inches for compromises on people and cargo room as well as third-row access in the seven-seater. Cargo space for the five-seat model is 20 cubic feet behind the second row and 62 cubic feet with the seatbacks folded; no totals were immediately available for the three-row version.

Mercedes-Benz says third-row occupants won’t be left out for modern conveniences, including cupholders between the seats and storage cubbies on either side, each of which will have a USB-C power port.

All GLB models (until an AMG variant arrives, perhaps) will be powered by a 221-horsepower version of the updated turbocharged 2.0-liter in other small Mercedes; it puts out 258 pounds-feet of torque. It will be mated to an eight-speed dual-clutch automatic transmission and be offered with front- or all-wheel drive. The all-wheel-drive system is front-biased, sending up to 30 percent of power to the rear in Sport mode, though in the AWD’s off-road mode, the center differential clutch can lock it into a 50/50 distribution. That mode also alters the engine response and other systems for travel off the pavement. The off-road package, standard with AWD, includes hill descent control and specific off-road pages for the multimedia system.

The suspension has struts at the front and a multilink setup in the rear, with adaptive shock absorbers optional.

A full-range of Mercedes-Benz safety and semi-autonomous driver assistance technology is available, including adaptive cruise control with stop-and-go that also can adapt speed to curves and approaching intersections with the help of map and navigation data. A front collision system, lane keep assist with lane change assist and a park assist system also are among the available features.

Additional safety equipment for the two third-row seats includes a side-window airbag, and those seats also will be fitted (like the second row) with Latch anchors and tethers for child seats.