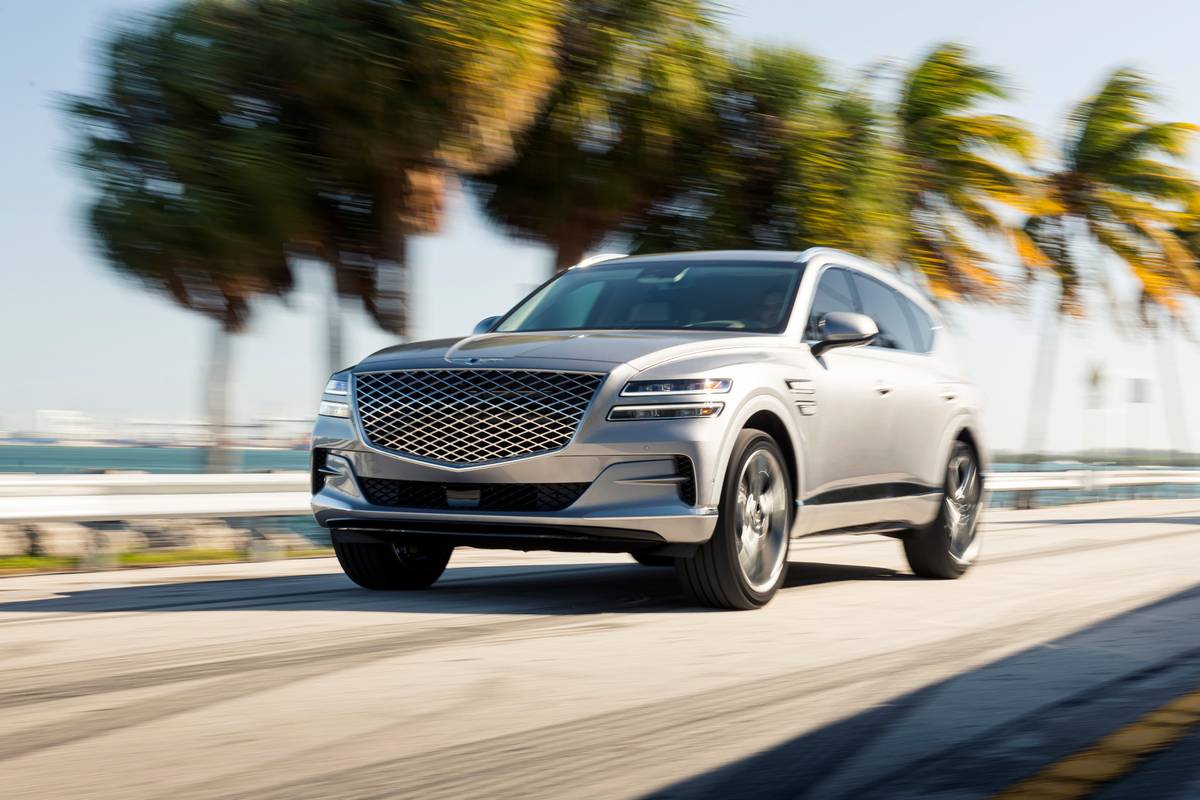 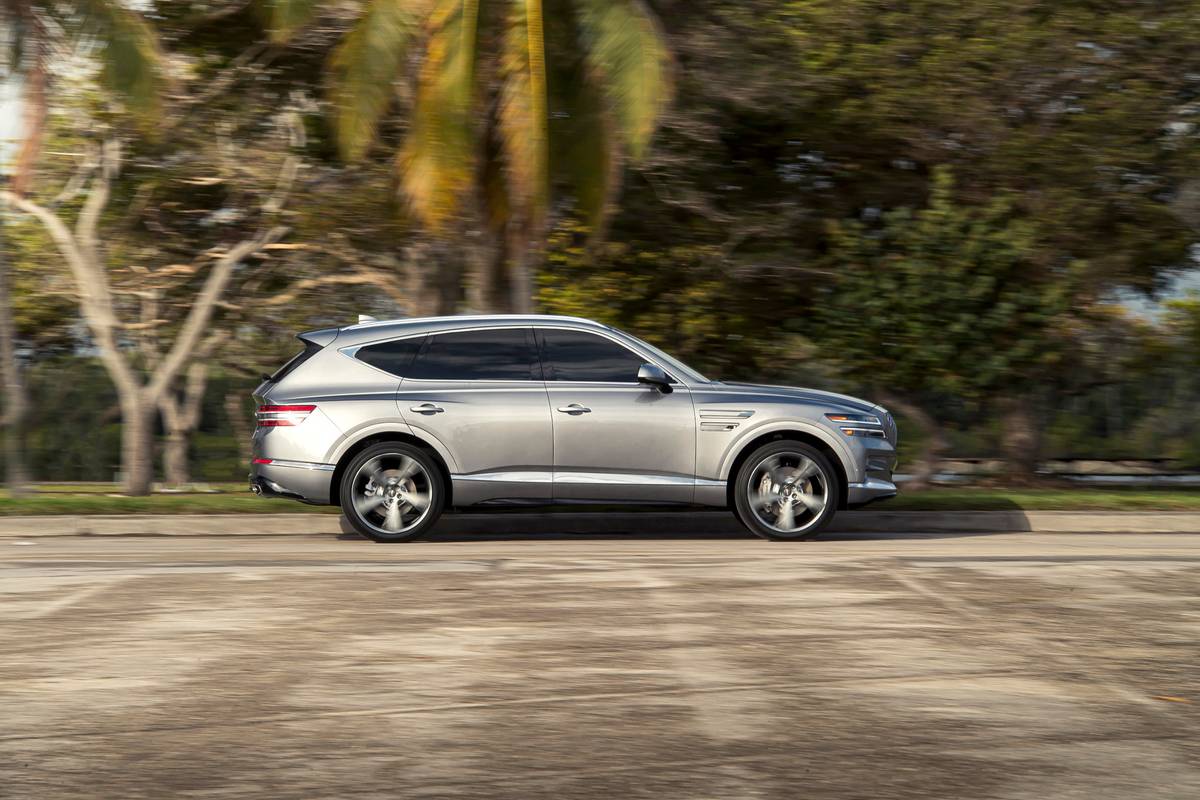 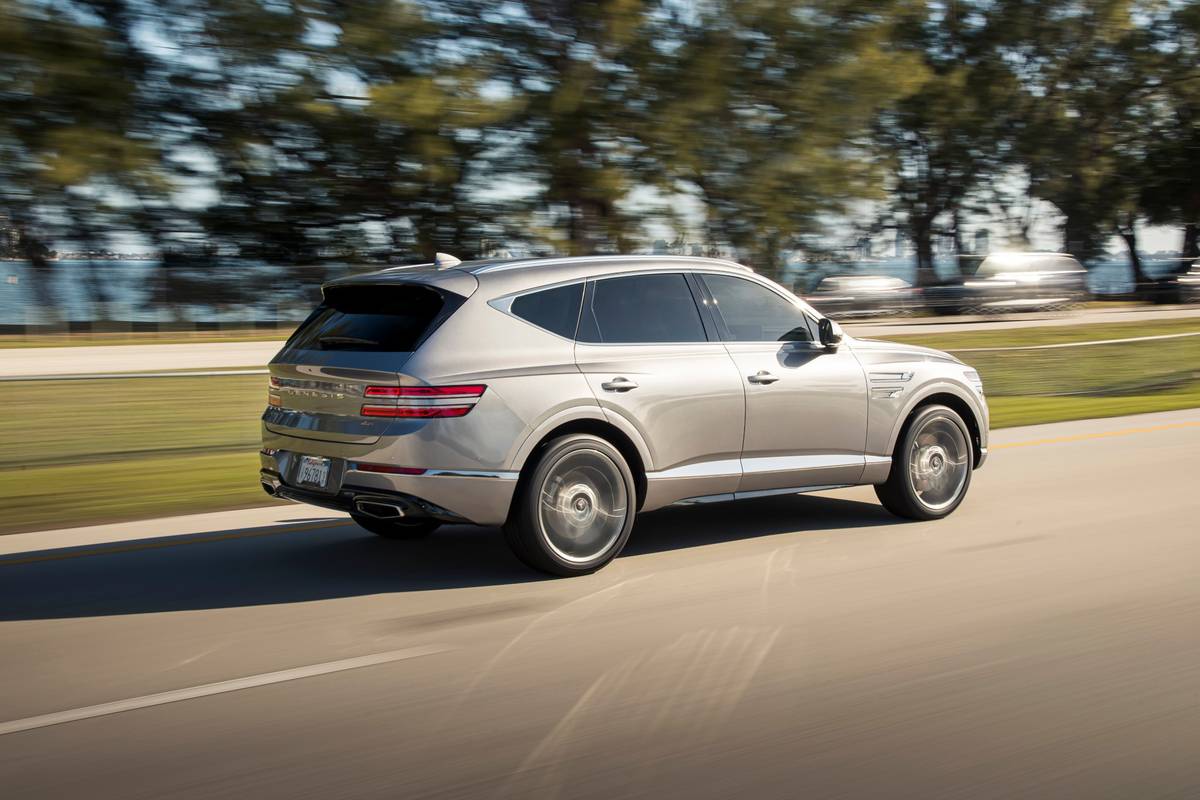 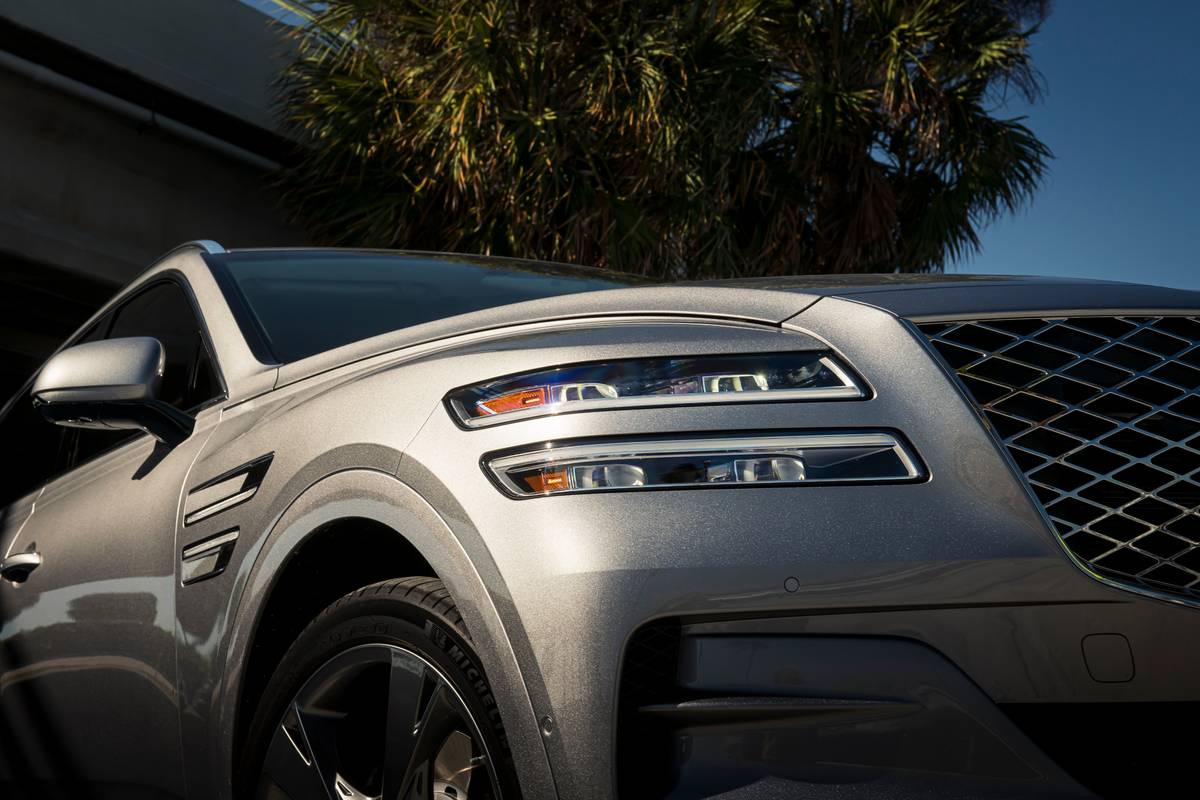 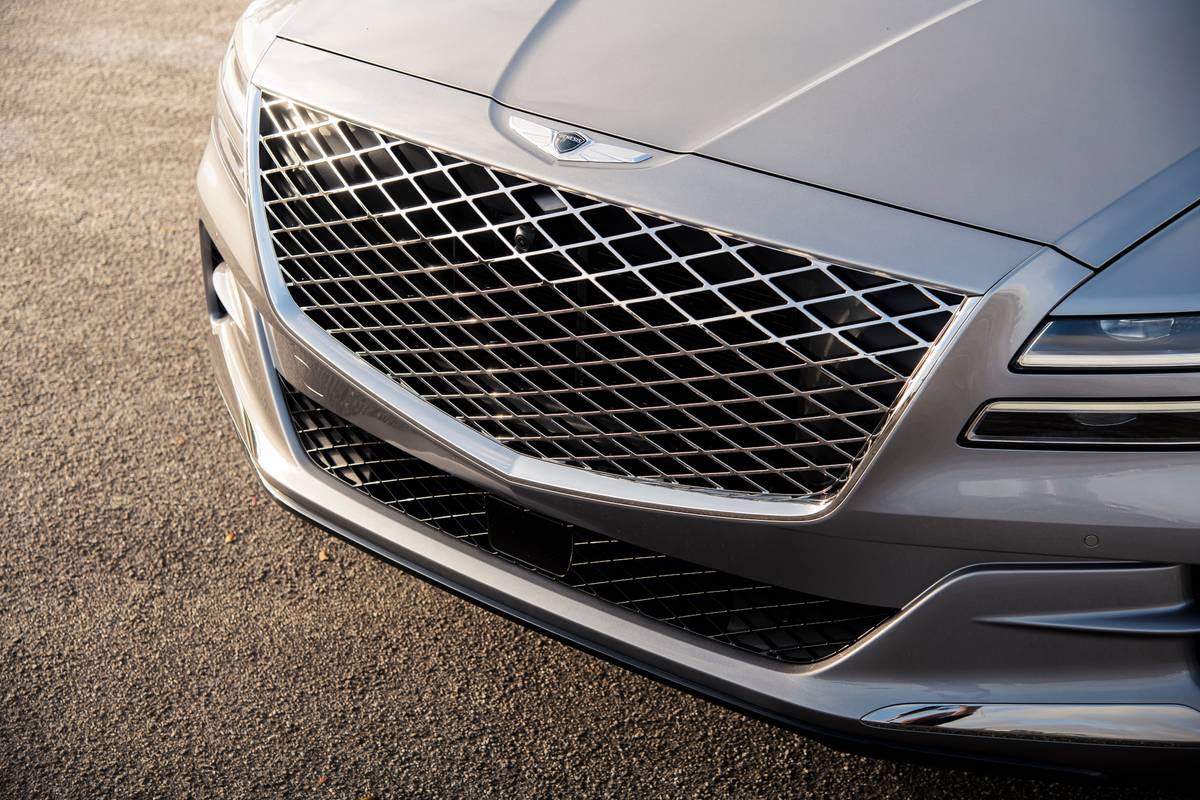 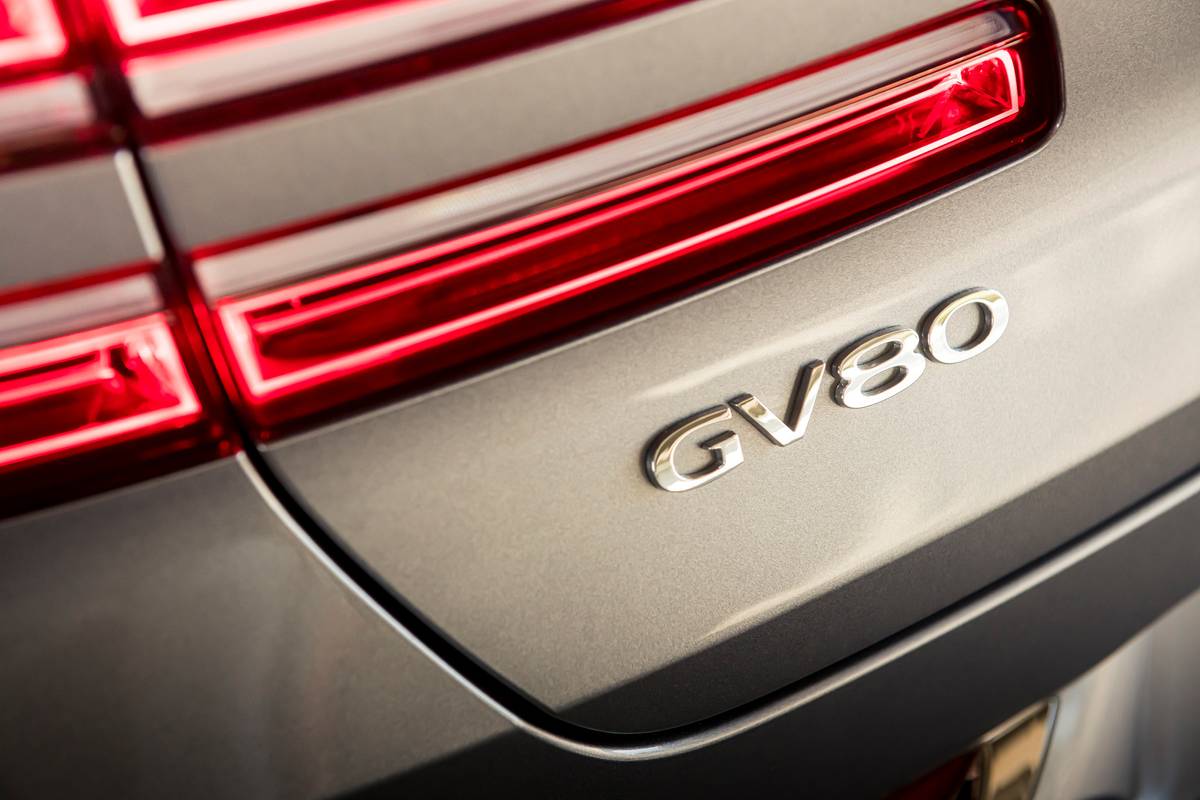 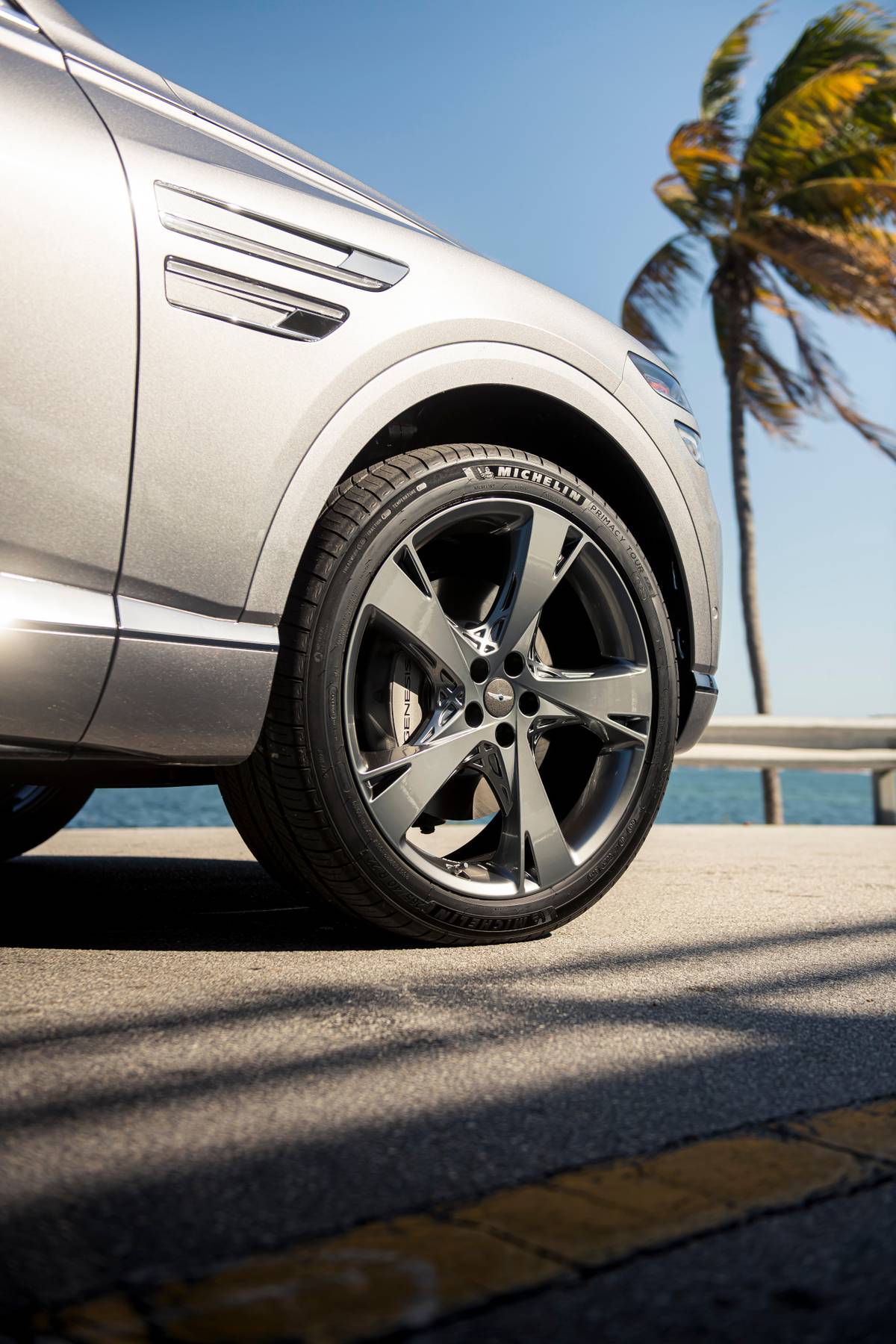 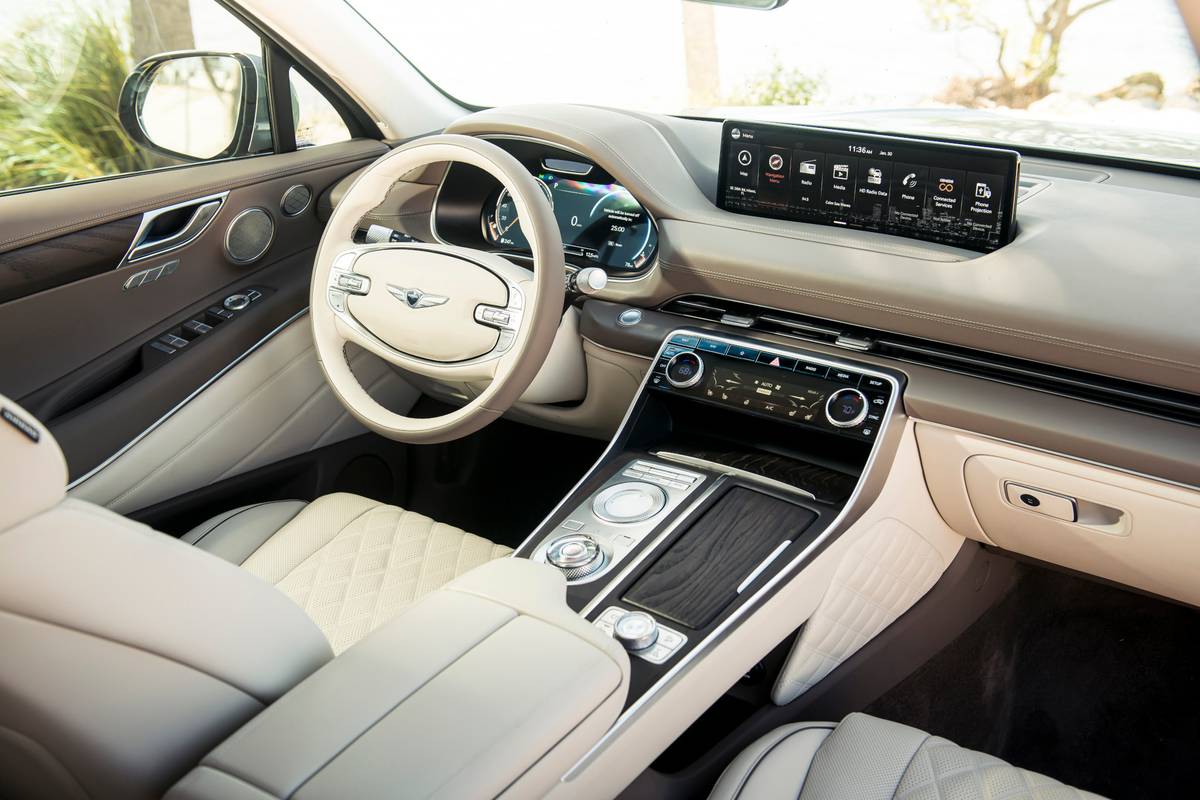 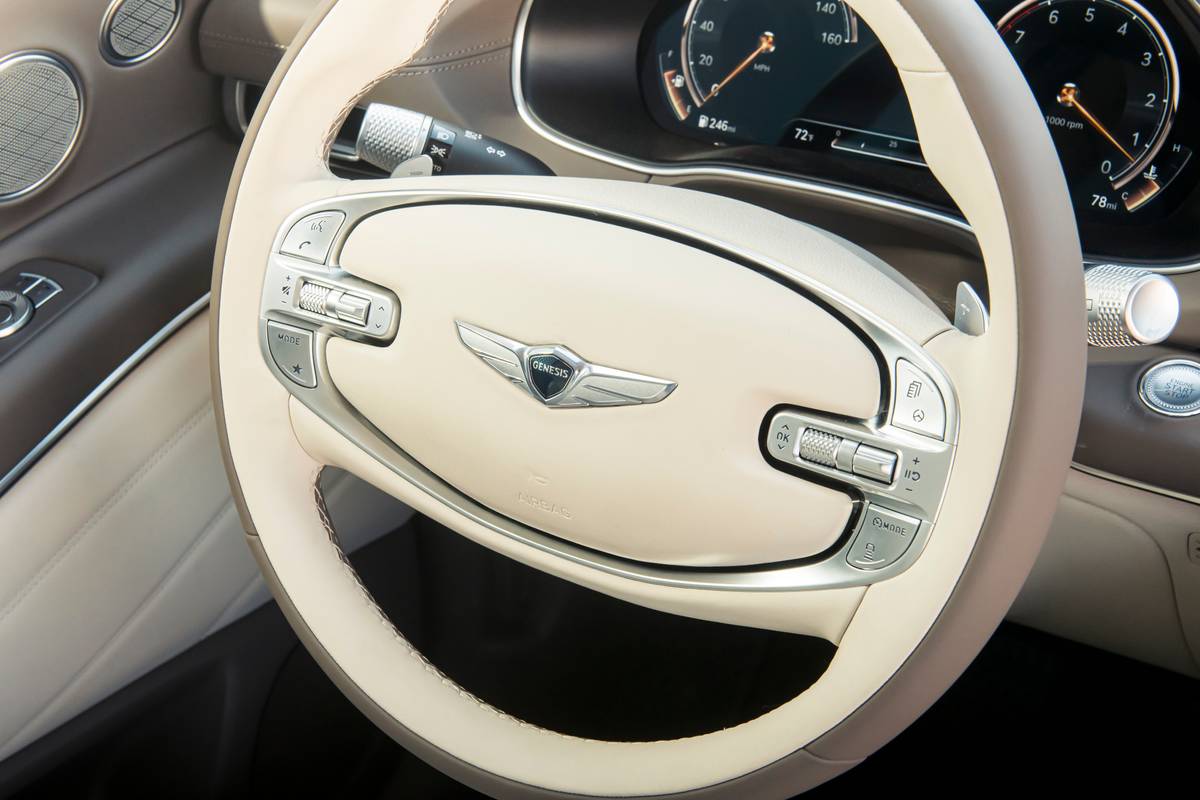 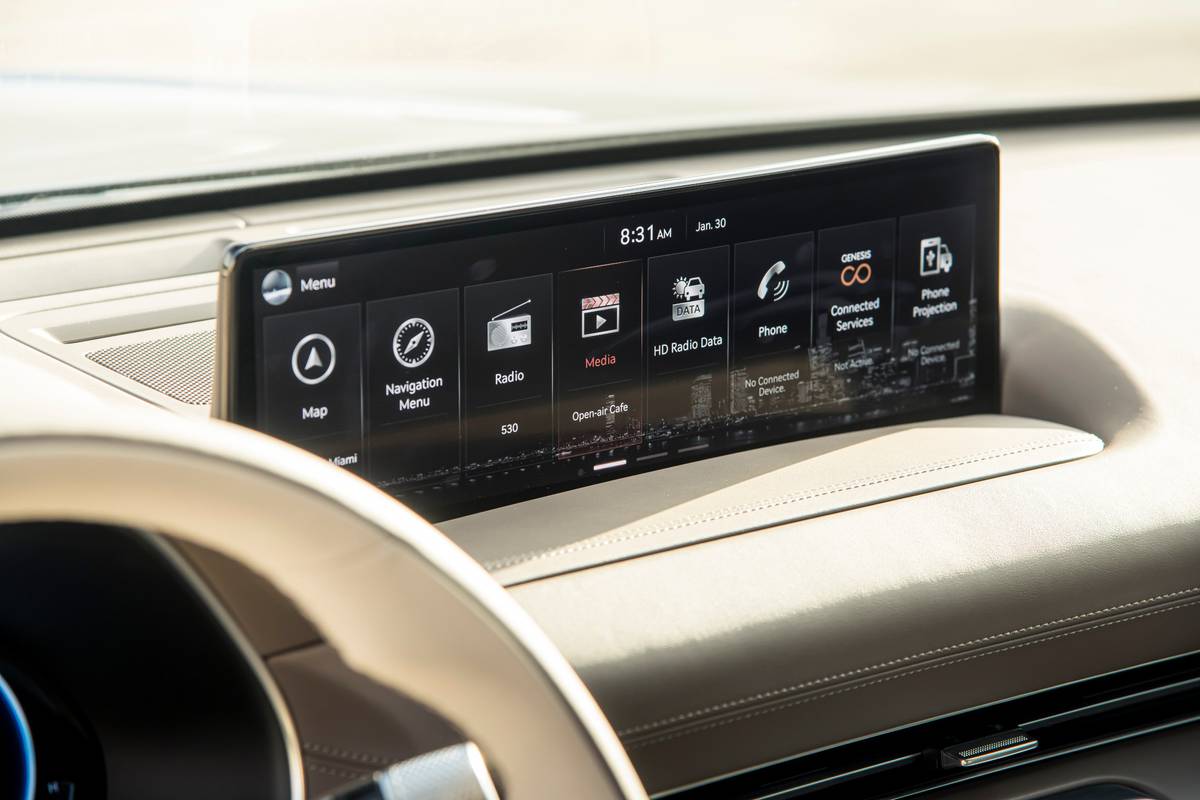 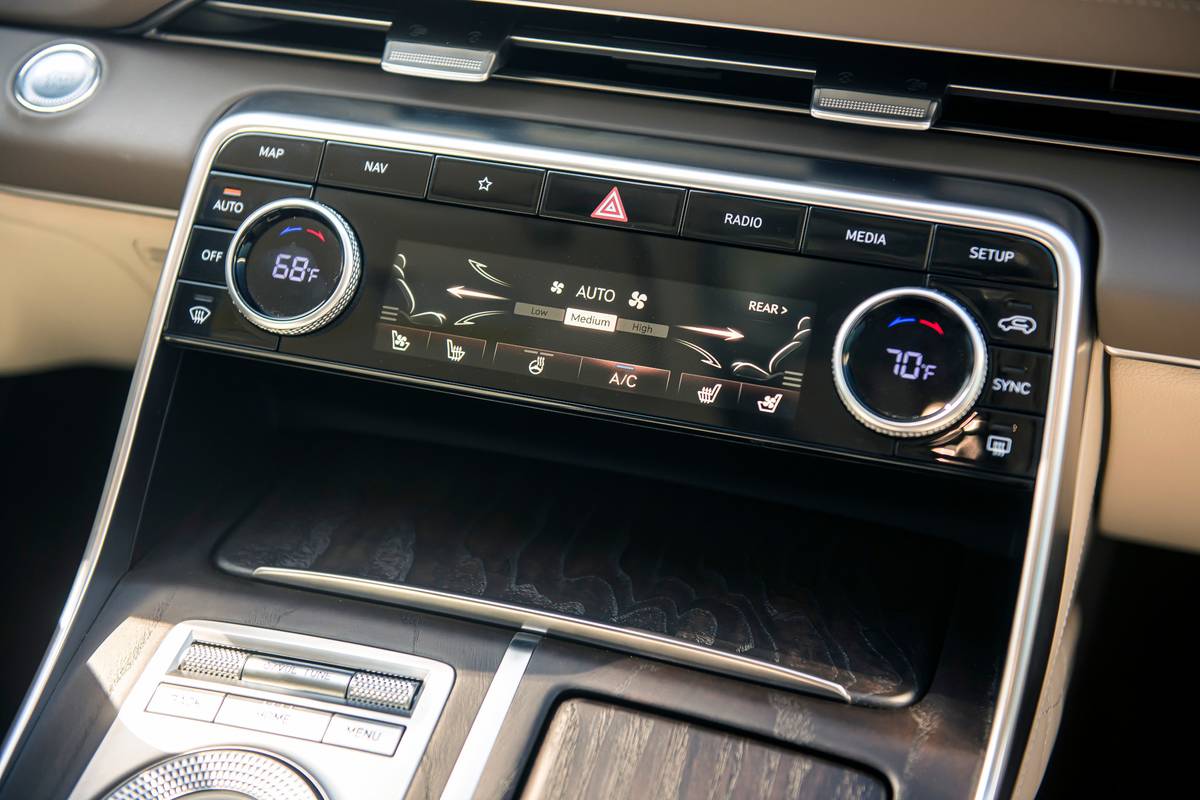 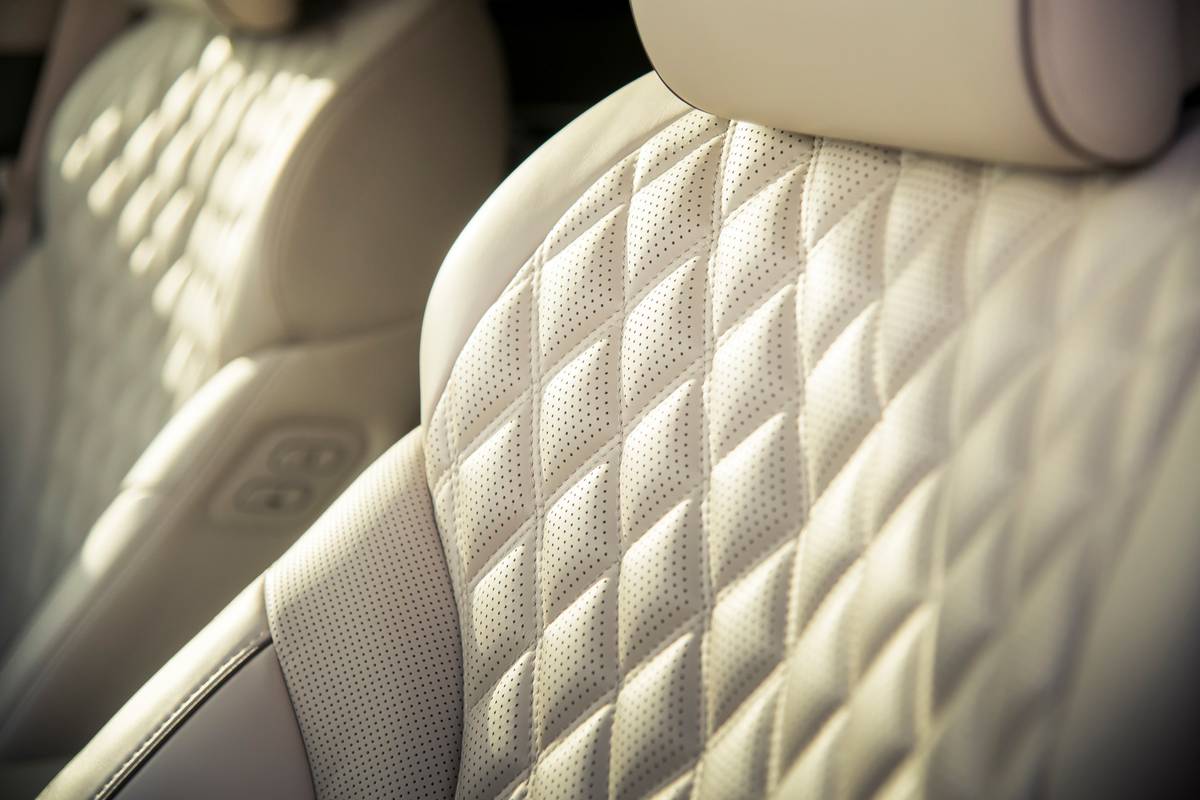 Looks like: Something Genesis should’ve built years ago; a Five Below Bentley Bentayga; an appropriately stately looking SUV for a brand that’s been desperate for one

Genesis, Hyundai’s luxury brand, has made good-to-great sedans for several years now. We even named the smallest of the current band of three sedans, the G70, our Best of 2019 car. It was great! But there’s been a conspicuously SUV-sized hole in the Genesis lineup, something consumers and the brand’s own dealers have noticed. After previewing an SUV concept in 2017, we’re finally getting a production version as a 2021 model. The GV80 is here, and we’ll be seeing it at the 2020 Chicago Auto Show.

The GV80 isn’t a rebadged Hyundai, however, and will ride on an all-new rear-wheel-drive platform that will likely underpin future Genesis models, as well. It comes with a bevy of standard safety technologies, a choice of two turbocharged engines and an optional third row of seats.

Calling the GV80 a Five Below Bentayga isn’t meant to be an insult — the SUV is, in photos, a handsome SUV with lines that belie its price likely being thousands if not tens of thousands of dollars less than its competition. It features a large grille like the one that debuted on the G90 at the 2019 Los Angeles Auto Show; it’s a polarizing look, but the heft of the GV80 makes the grille seem more at home. Genesis says the “Quad Lamp” headlights will become one of the signature features of Genesis designs in coming years, as will the dual bar style of the headlights that is mimicked by the taillights and side turn signals behind the front wheels. Wheel choices include a 22-inch option that feature the same “G-Matrix” pattern as the exterior lighting elements.

The stylish and luxurious interior emphasizes the openness of the cabin via touches like thin air vents that span almost the entire width of the dashboard. Higher trim levels will be covered in soft-touch materials even in places like the inside of the door handles. A 14.5-inch split-screen infotainment display dominates the dashboard.

There are questionable choices in the interior, however, with Hyundai saying, “The number of hard buttons and switches was kept to a minimum, both for aesthetic purposes and ease of use.” A controller for the infotainment is also present in the center console, and it can employ handwriting recognition to make entering a destination easier.

Active noise-cancellation technology also makes its first appearance in a Genesis in the GV80, actively analyzing sounds and using soundwave generation on top of physical materials to reduce road noise.

Genesis will have two turbocharged engine choices for the GV80 — a 2.5-liter four-cylinder and a 3.5-liter V-6. Official power figures for both aren’t currently available, but the four-pot is rumored to produce around 290 horsepower, and it’s possible the V-6 will surpass the brand’s 365-hp, turbo 3.3-liter V-6. GV80s will be available in rear- or all-wheel-drive configurations.

Pricing, fuel economy, power figures and more are still to be announced before the GV80 goes on sale in the summer. We’ll have our first chance to tell you what the GV80 is like today at the Chicago Auto Show, so check back in with us often.