As Toyota’s bestselling vehicle rings in its 25th anniversary, the 2022 RAV4 receives an additional hybrid trim, a new paint color and subtle refinements across all models. Don’t expect a dramatic makeover for the SUV’s silver anniversary, however; most performance and convenience features carry over from the current model.

Related: Life With the Toyota RAV4: What Do Owners Really Think?

Now in its fifth generation, the gas-powered and hybrid RAV4 was last redesigned in 2019, while the RAV4 Prime plug-in hybrid followed in 2021. Read on to see what you can expect when the 2022 RAV4 hits dealerships in December. 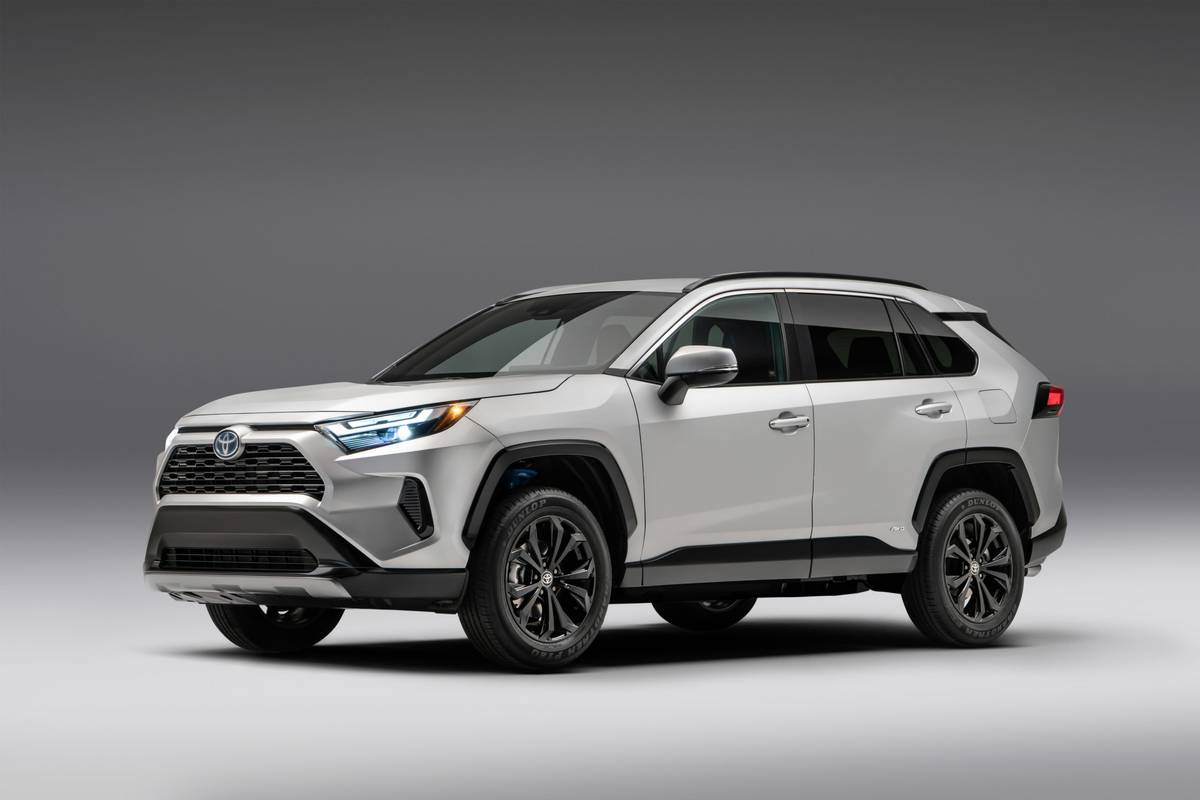 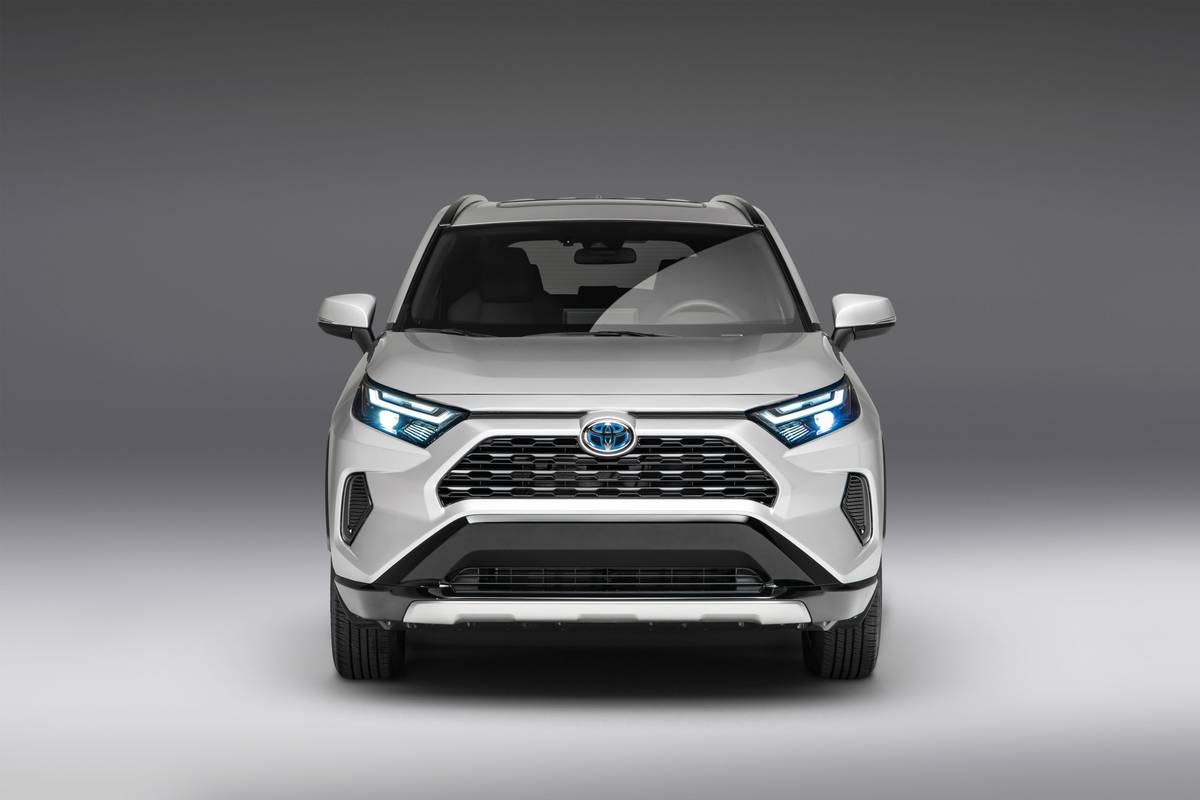 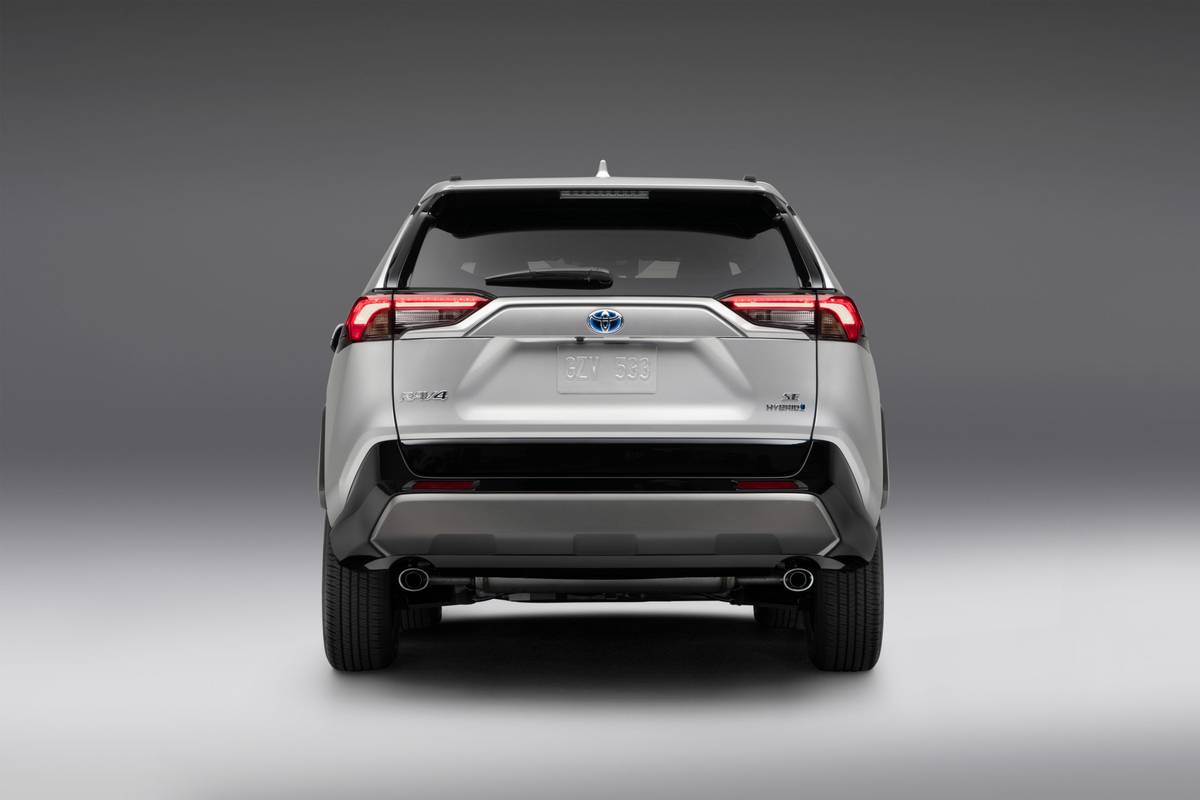 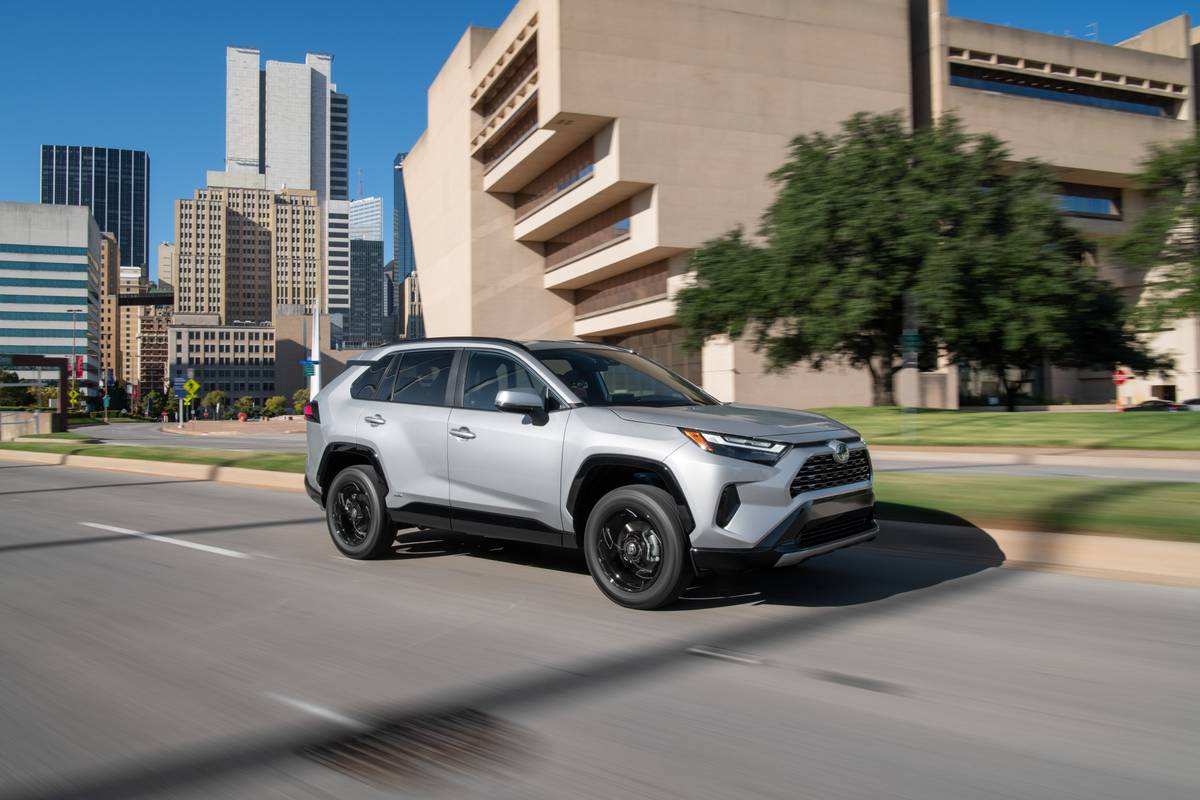 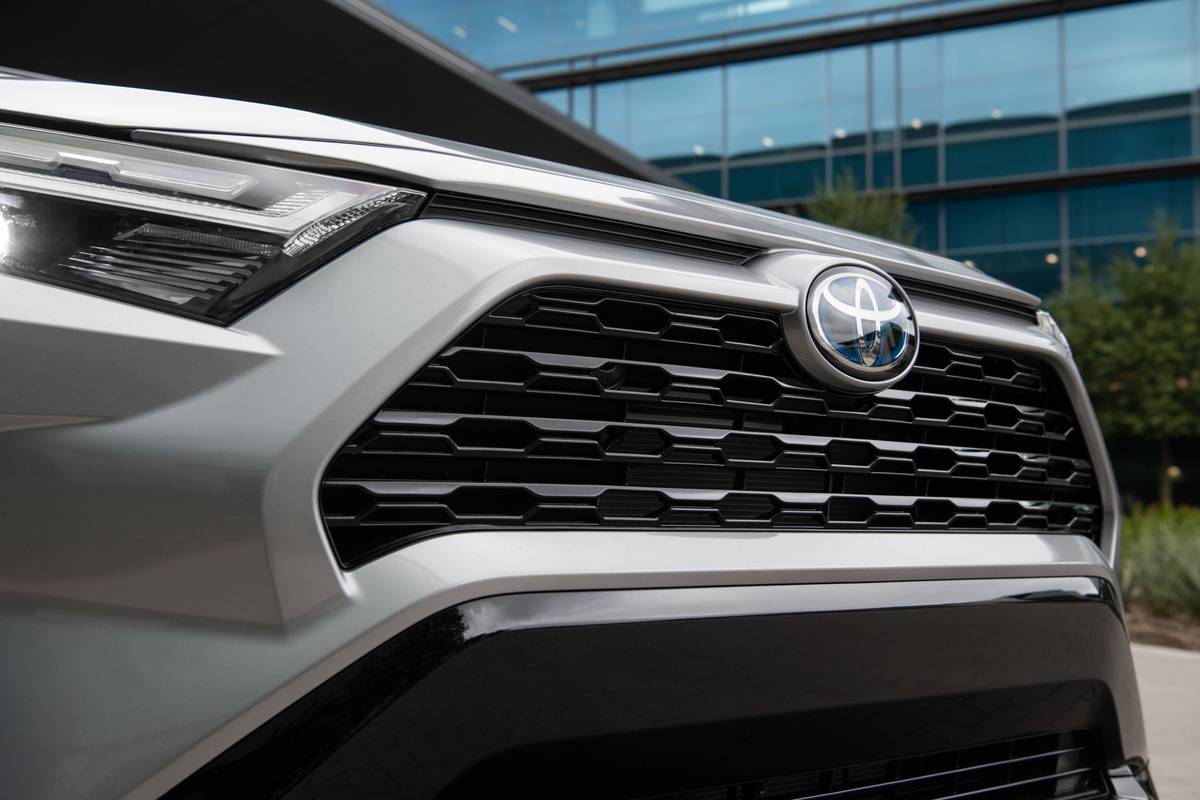 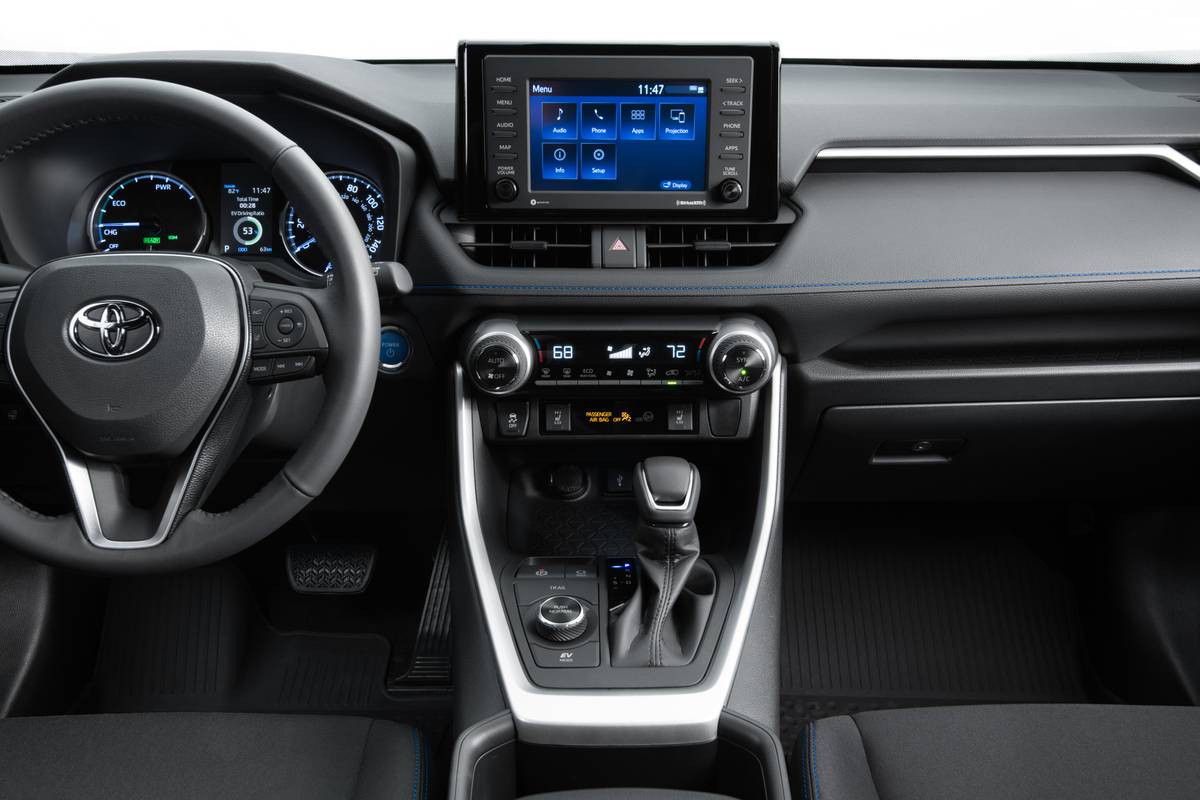 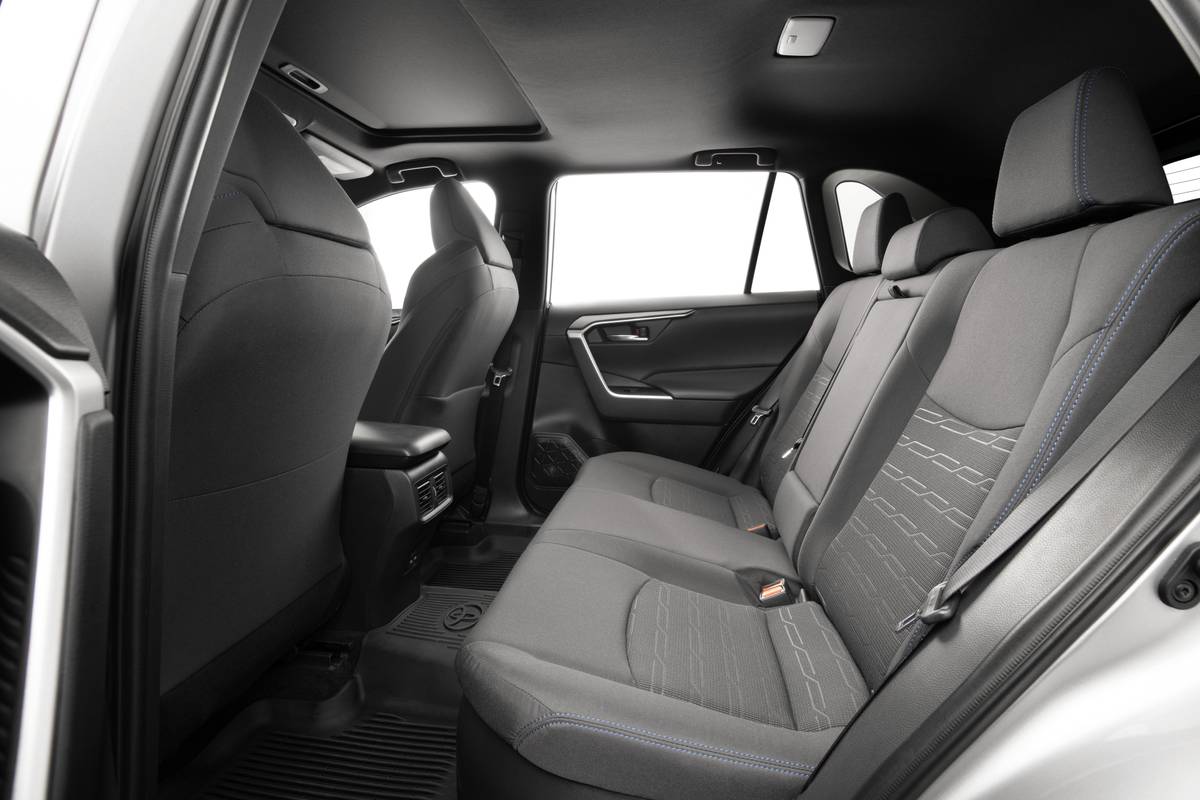 The biggest change for the 2022 RAV4 is the addition of an SE Hybrid trim. The RAV4 Hybrid makes up 26% of all RAV4 sales, and Toyota is expanding the trim offerings to appeal to a wider range of shopper tastes and budgets. For 2021, the automaker added an upscale XLE Premium trim to the RAV4 Hybrid roster. For 2022, the new SE is a mid-range model that slots underneath the XSE Hybrid and will have some of the same sporty features at a lower price point, according to Toyota. Although pricing remains to be announced, the 2021 RAV4 Hybrid XSE starts at $36,065 (all prices include destination).

Standard features in the SE Hybrid include monochrome paint, fabric seats, a 7-inch touchscreen and a six-speaker stereo. Two packages will be available: a Weather Package that adds a heated leather steering wheel, heated front seats and rain-sensing wipers (a similar option for the 2021 Hybrid XSE costs $375), and a Convenience Package that brings a moonroof, power liftgate and larger 9-inch touchscreen.

Most other updates for the 2022 RAV4 are cosmetic. The XSE, SE Hybrid and TRD Off-Road trims will offer two-tone Cavalry Blue paint with a black roof. Various trim levels get new wheels, too.

XLE and higher trims get updated headlights, while the XLE Premium and higher add LED foglights. Inside, the RAV4 adds a locking glove box, LED interior lamps and, on the Limited trim, an eight-way power passenger seat. (Last year’s RAV4 had a manual passenger seat in all but the Prime, and even that was just a four-way unit.)

The Toyota RAV4 comes with a wide range of trims and powertrain options. The gas-powered roster (LE, XLE, Adventure, TRD Off-Road and Limited) has a 203-horsepower, 2.5-liter four-cylinder engine mated to an eight-speed automatic transmission. EPA ratings range from 25-30 mpg combined, depending on trim. Most models come with standard front-wheel drive or available all-wheel drive; the Adventure and TRD Off-Road are AWD only. For 2021, the gas-powered RAV4 starts at $27,565.

The range of offerings for the RAV4 Hybrid is nearly as vast with five trims available: LE, Limited, XLE, XLE Premium and XSE. With a starting price of $30,115, the hybrid pairs the same 2.5-liter engine with dual-motor AWD and a battery pack for a combined 219 hp. The hybrid also boasts higher mileage with an EPA-rated 40 mpg combined. A continuously-variable-style automatic transmission replaces the eight-speed.

The newest member of the RAV4 family, the RAV4 Prime attracts just a fraction of buyers compared to its hybrid and gas-only siblings, accounting for roughly 6% of total RAV4 sales. The RAV4 Prime is a performance-oriented model with a combined 302 hp and Toyota-estimated 5.7-second acceleration to 60 mph. Those specs earn it the title of Toyota’s second fastest model, only behind the Supra sports car. The 2021 RAV4 Prime starts at $39,565 before applicable tax credits.

The 2022 RAV4 will go on sale in December, with more details and pricing to be revealed next month.