The cost of gas fluctuated by only as much as a few cents a gallon in most parts of the country the past week, but motorists in major metropolitan areas of the Great Lakes states saw pump prices spike by double digits. The national average on Thursday stood at $3.66 a gallon for a gallon of regular unleaded gas.

Related: What Can I Do to Make My Car More Fuel Efficient?

The average price jumped 13 cents to $3.93 in Cincinnati and to $3.87 in Dayton, Ohio, according to the AAA Daily Fuel Gauge Report. The average rose 12 cents to $3.90 in Columbus, Ohio. During the past month, prices have increased 27 cents in Columbus and 30 cents in Dayton. In the Chicago area, the average price Thursday was 12 cents higher than a week ago at $4.07, and in Milwaukee it was 11 cents higher at $3.84. Statewide averages in the Great lakes area also went up, from 3 cents in Indiana to 8 cents in Michigan and Wisconsin, and 9 cents in Illinois and Ohio.

AAA predicted in its monthly forecast that gas prices would remain relatively high through the summer, and the national average is likely to range from $3.55 to $3.70 per gallon. Last summer, the national average ranged from $3.47 to $3.67.The lowest statewide average for regular unleaded was $3.40 in Arkansas and Mississippi, AAA reported, followed by Louisiana at $3.41, Missouri at $3.42 and South Carolina at $3.43.

Hawaii had the most-expensive gas at $4.36 a gallon, followed by California at $4.12; Alaska, $4.02; and Connecticut and Washington $3.92. Prices have changed little in recent weeks in Washington and Oregon, where the average stood at $3.90. Prices in both states are slightly higher than a year ago. 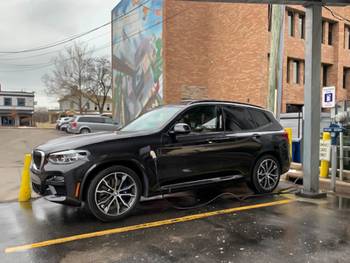