Small sedans with all-wheel drive aren’t plentiful, but the latest player, the 2020 Mazda3 with i-Activ AWD, certainly shakes up the field dominated by the Subaru Impreza. As a 2012 Impreza owner who has happily slogged through awful Chicago winters in my little hatchback, I was curious how Mazda’s AWD compares — and was surprised by how well it does. The Mazda3’s optional AWD recently proved unflappable while driving through a dumping of fresh snow as well as slushy, mixed surfaces.

What makes an AWD system stand out is when it’s imperceptible to the driver. We don’t want to observe wheel slippage before power is transferred to the wheels with traction, a flaw that honestly is less common than it used to be, but some cars still favor a front-wheel bias or entirely decouple a set of wheels for fuel economy that can result in delay when power is needed.

We’ll address how Mazda’s AWD works because it’s interesting, but nothing is as important as how well it works, and there’s no doubting the Mazda3’s is good after driving through a fresh 4 inches of snow, plus subsequent days when the snow melted into slippery slush. Adding to its impressiveness was that our test car was fitted with all-season tires and not a set of dedicated winter tires.

Cars.com Executive Editor Joe Wiesenfelder praised systems like the Mazda3 that make the conditions seem far better than they are, but also noted that ground clearance could be an issue on the low-slung sedan. “The way this car performed on 4 inches of snow, all I’d worry about is something deeper,” he said. “Ground clearance, which isn’t great, didn’t come into play.”

I tried to upset the Mazda3 by accelerating through a corner with spotty patches of snow, transferring weight and placing the tires on mixed-traction surfaces, but the car was unimpressed by my little challenge and kept plucking along, sticking to the corner like the road was dry.

Wiesenfelder noted the Mazda3 was willing to have a little fun and slide sideways (in a good way) in deeper snow with the stability control on. Brake-based torque vectoring (Mazda calls it G-Vectoring Control) can help the car turn and is uniquely used on the Mazda3 (and Mazda CX-30) with AWD versus other Mazdas with AWD that don’t have it. Plus, the power split to the rear axle can be minimized when initially turning into a corner, making it easier to turn, and the split can add power to the rear for traction when powering out of a corner. We think both characteristics helped the Mazda3 drive more neutrally than most FWD-based systems that tend to understeer when they don’t have a form of mechanical torque vectoring, such as Acura’s Super Handling All-Wheel Drive or Buick’s twin-clutch all-wheel drive.

This is slightly different from the way Mazda’s AWD has traditionally worked, where around 2% of power was preloaded to the rear wheels, and the new way claims to reduce drag and help with every last bit of fuel economy.

Even so, the Mazda3 AWD’s 25/33/28 mpg city/highway/combined fuel economy is 3 mpg short of the Impreza’s 28/36/31 mpg. Non-WRX Impreza models with continuously variable automatic transmission split power 60/40 front/rear as a default, and it’s Subaru’s CVT that likely plays a big part in its improved fuel economy compared with the Mazda3’s dated, yet direct and responsive, six-speed automatic.

Mazda’s i-Activ AWD predictively sends power to the rear wheels in anticipation of wheelspin by monitoring various vehicle systems beyond just powertrain: It reads when the wiper blades are on, which means it’s likely raining or snowing, or when the external temperature is low and roads might be slippery. Things like steering position and effort, accelerator, road incline and more are also part of the equation to predict wheelspin rather than simply reacting when it’s detected. Other cars leverage some form of this logic, though within this price range, Mazda seems to be using unique data points to keep its AWD on its toes. 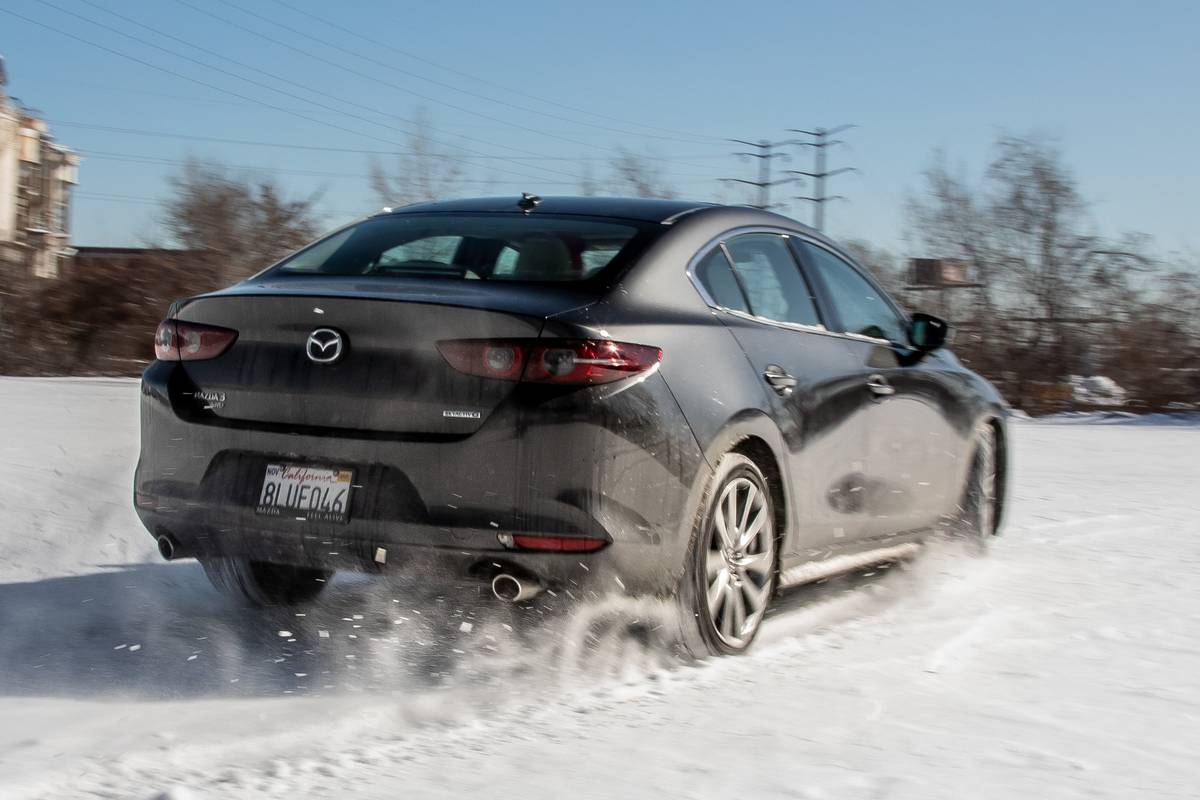 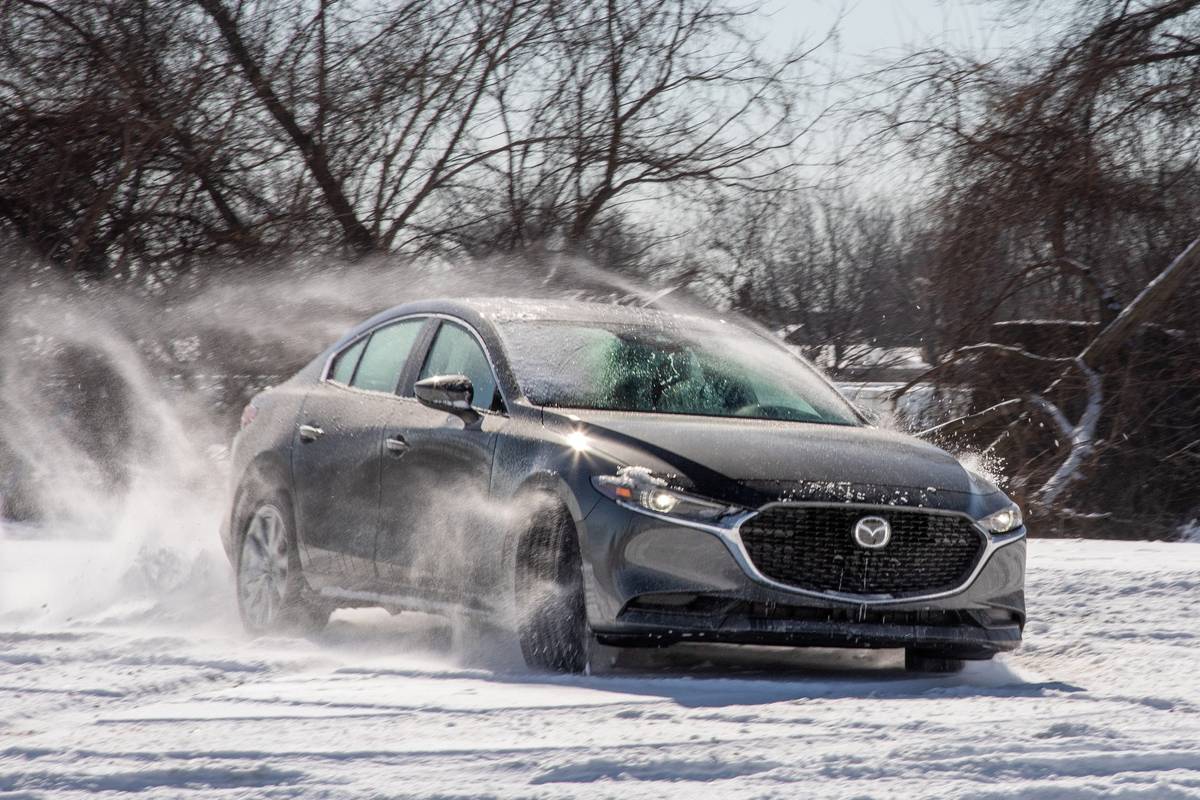 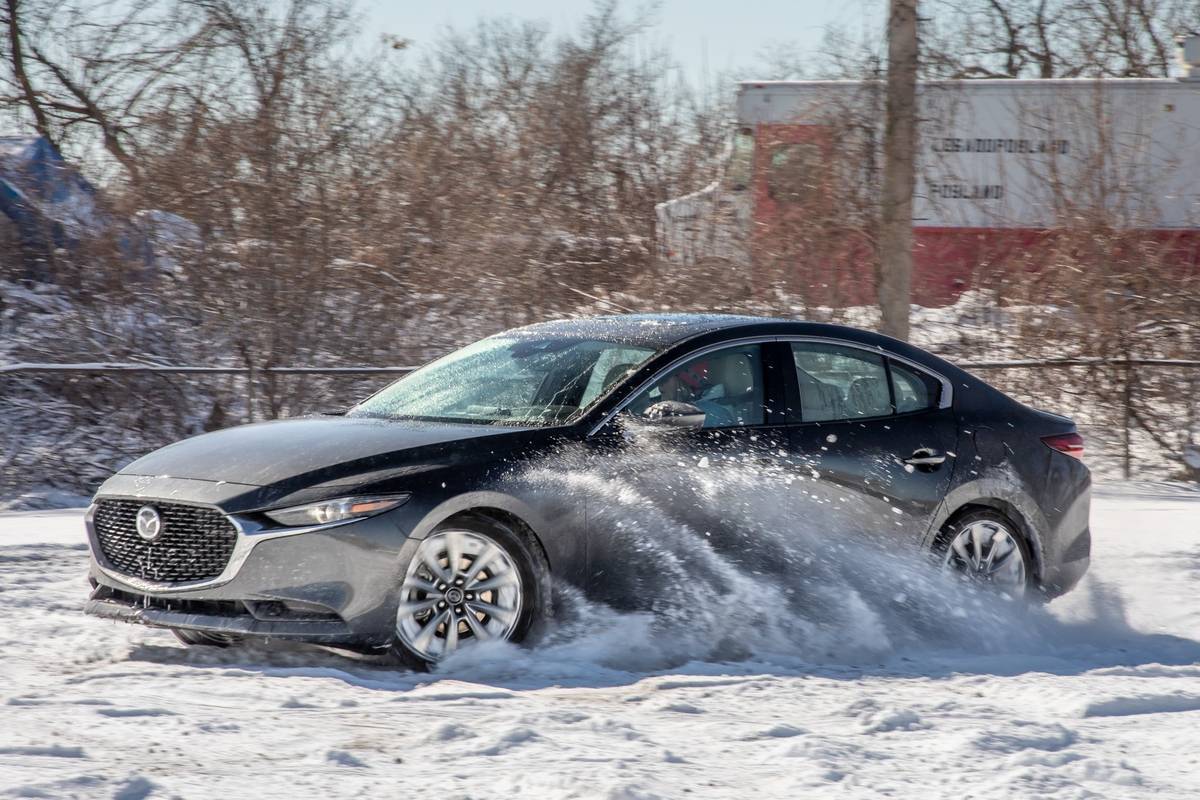 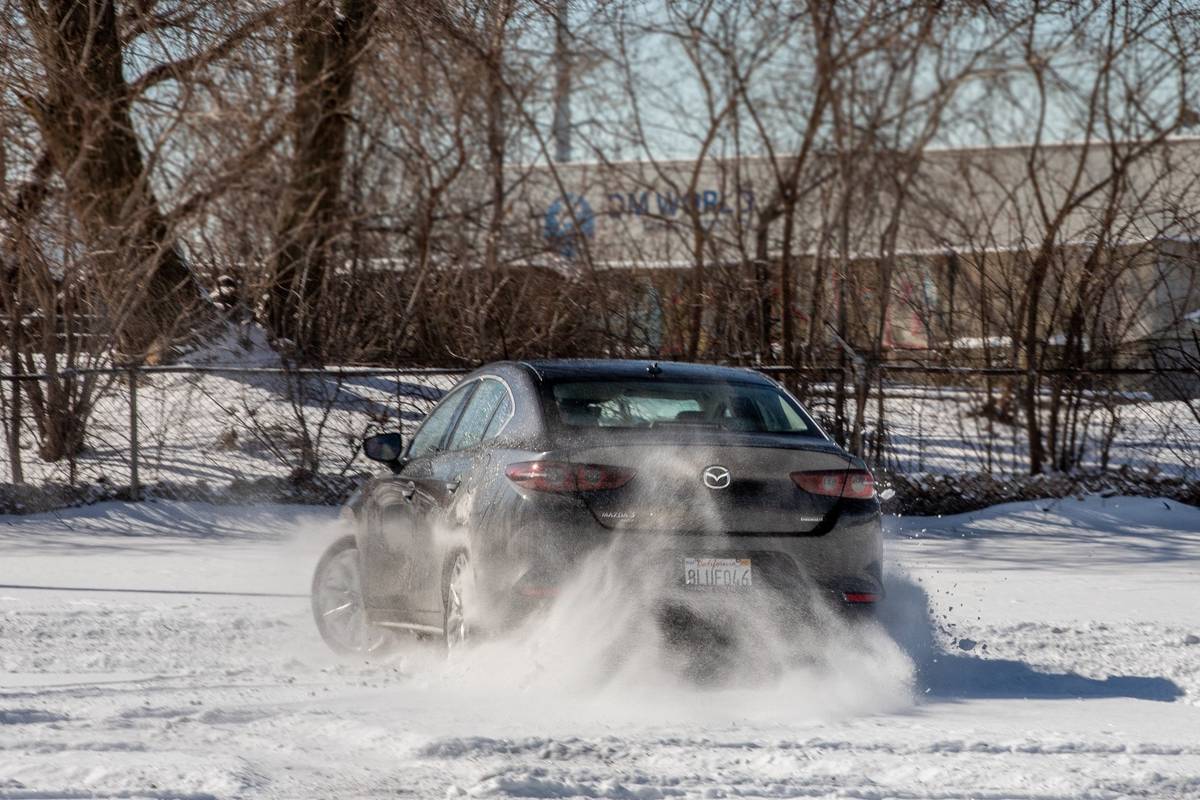 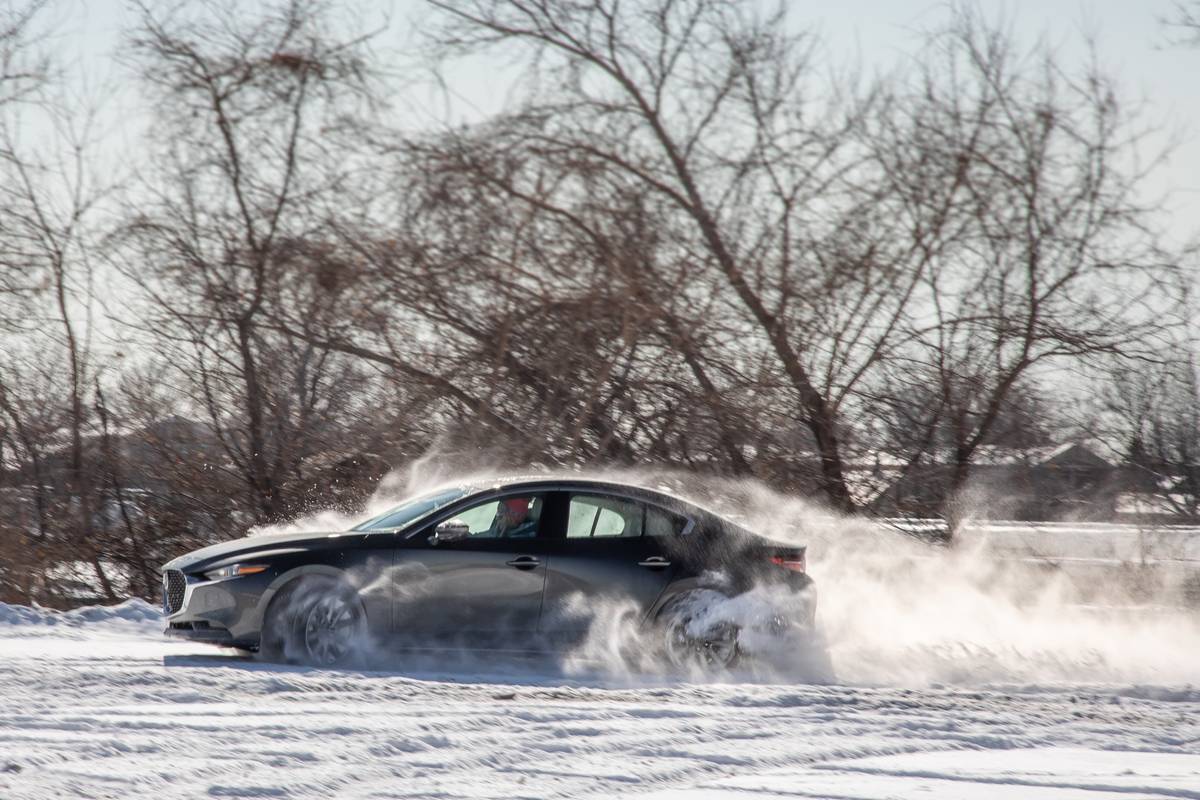 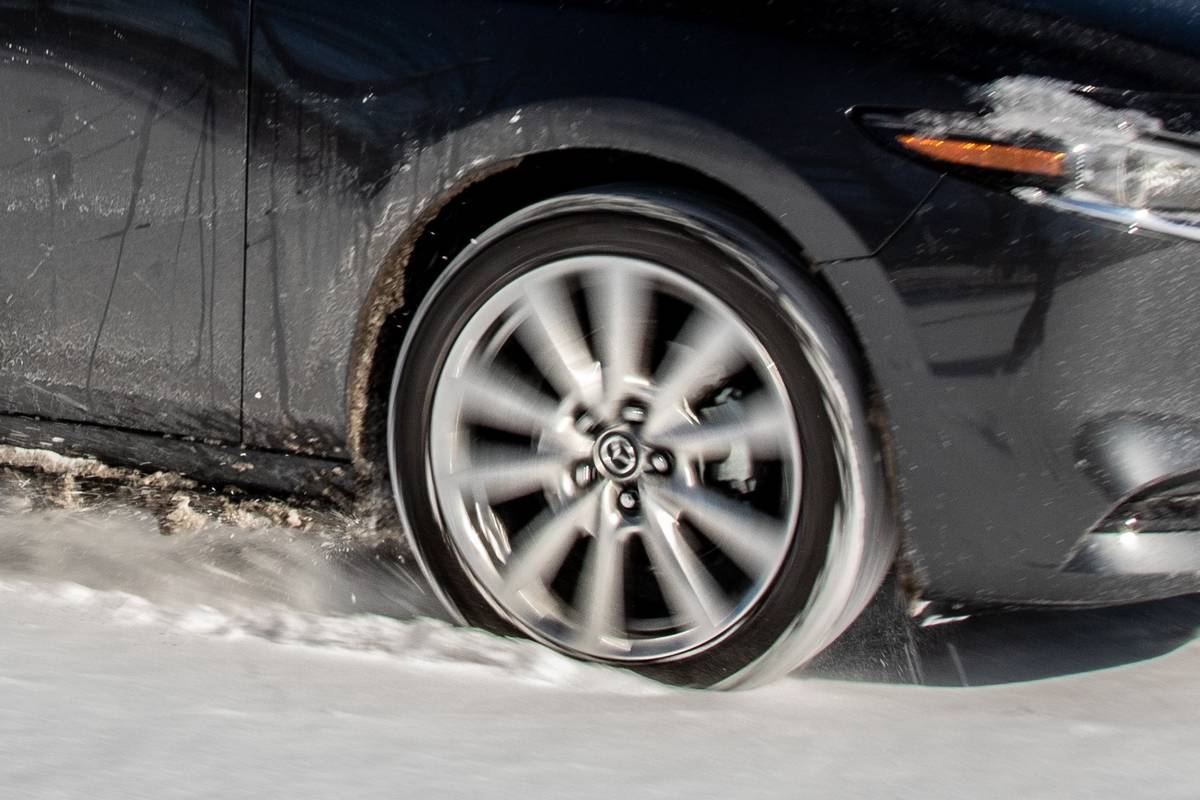 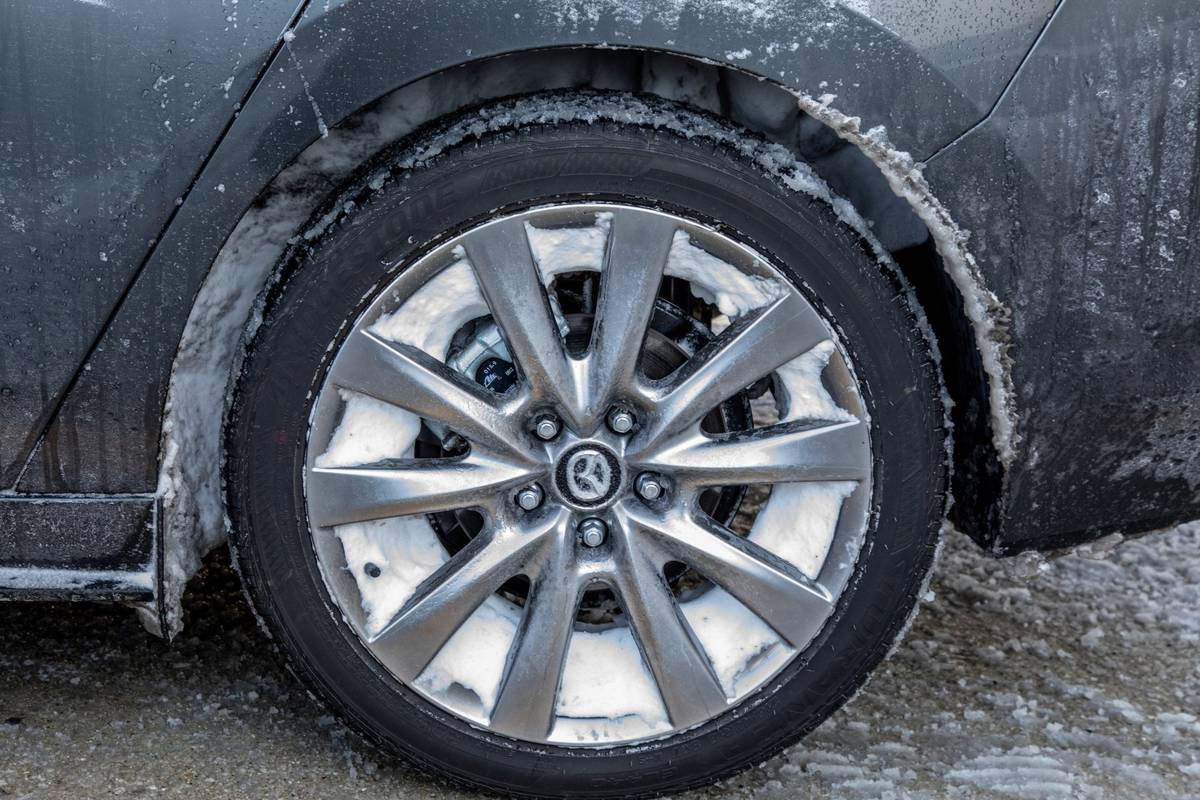 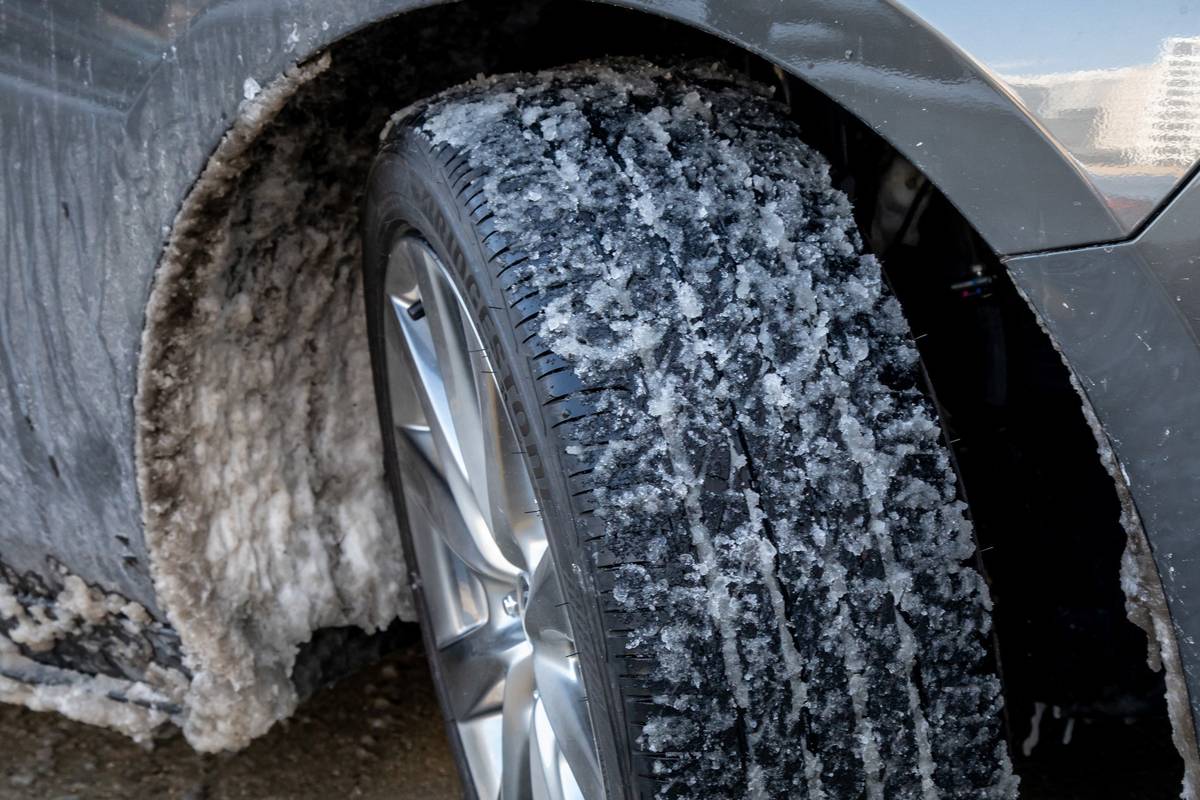 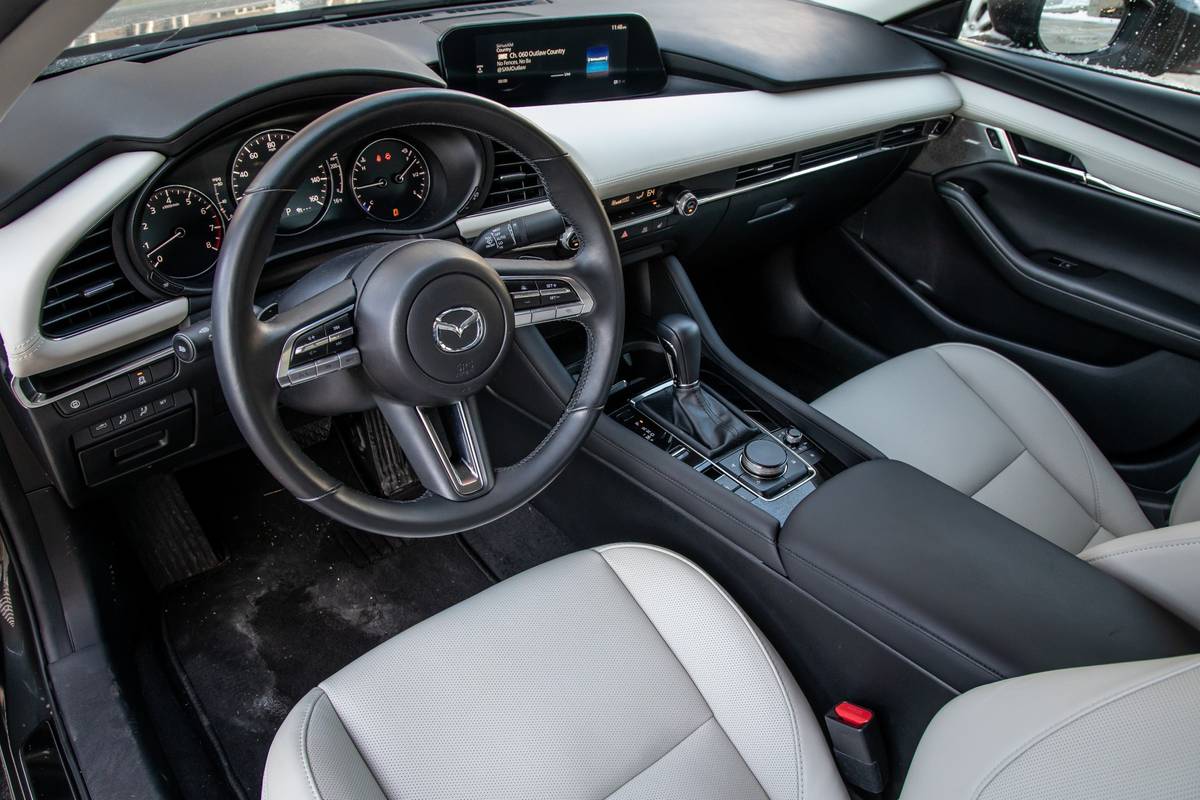 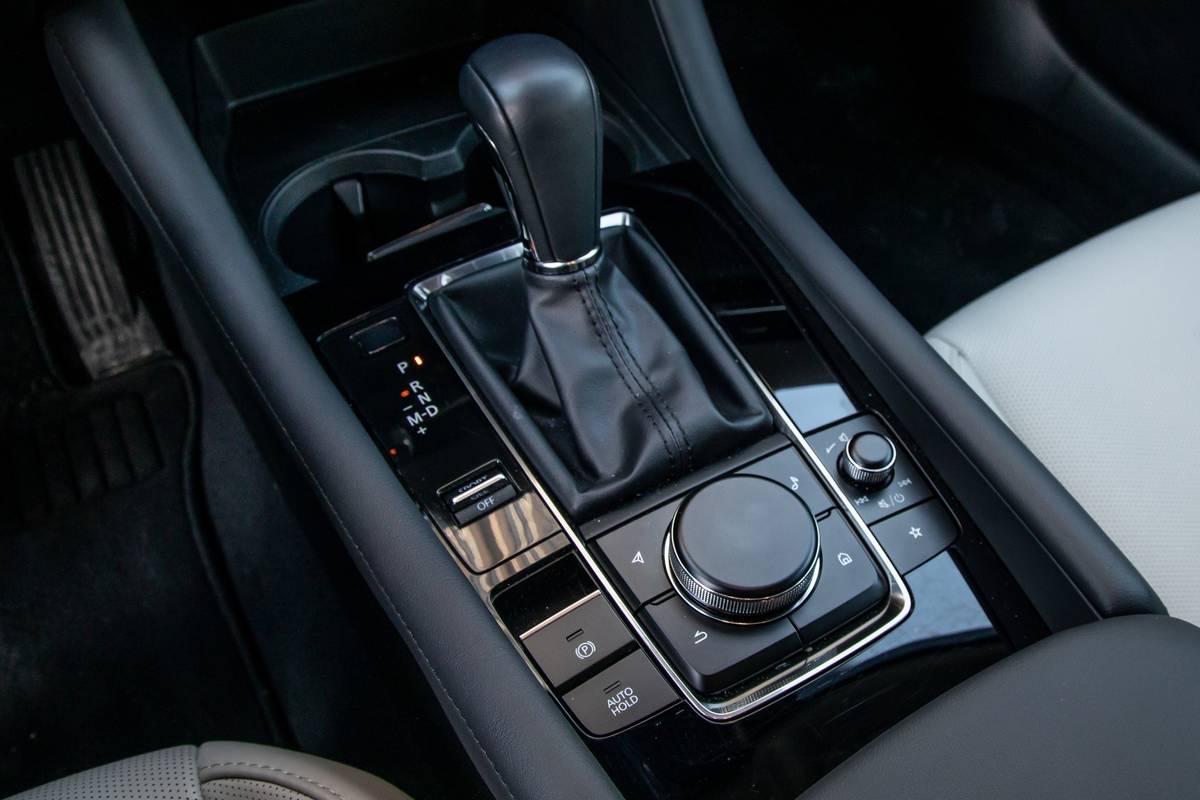 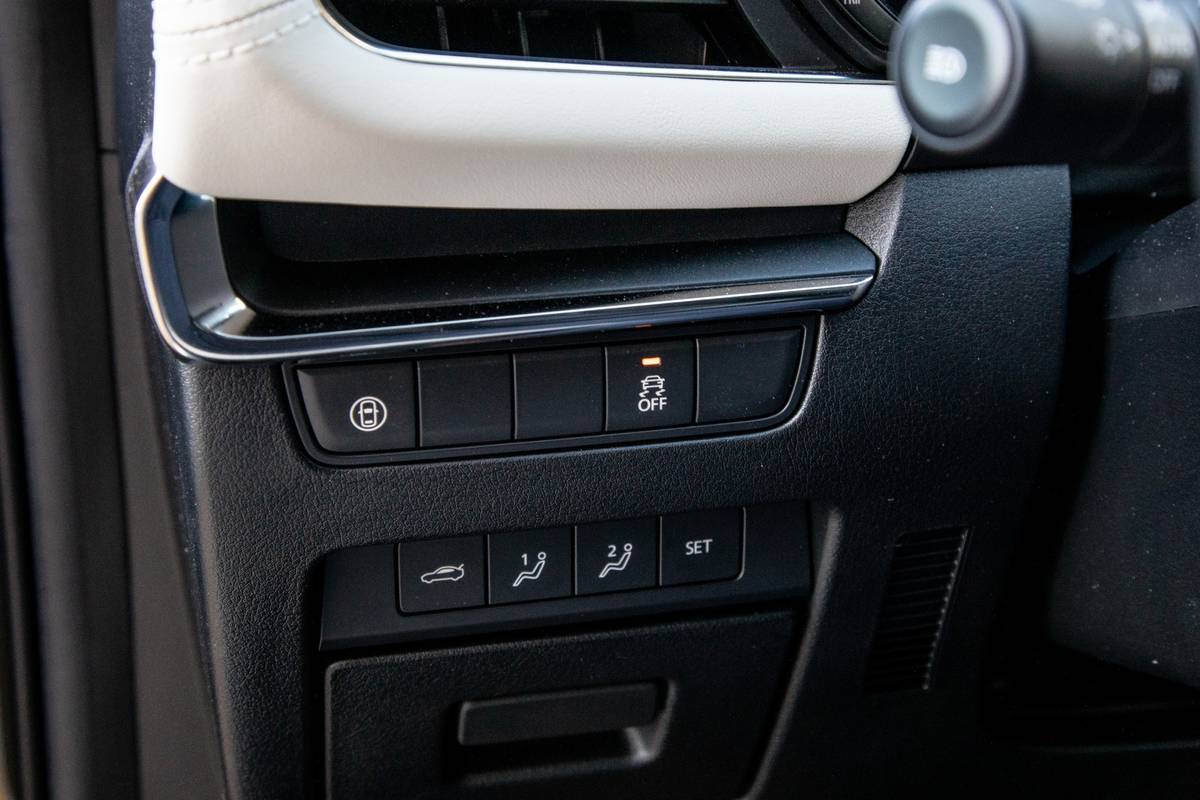 Should You Buy an AWD Mazda3?

We’ve historically said AWD is best for people who live in areas with hills and poor snow removal, but Wiesenfelder noted it was also nice to drive down his very long, unplowed driveway without having to pick up a shovel.

What does this convenience cost? Mazda’s AWD adds $1,400 to the cost of a 2020 Mazda3, and the least expensive one costs $25,045 with destination for a Mazda3 Select Package with AWD; an Impreza with its standard AWD has starting prices ranging from $19,595 for a base model to $26,695 for a Limited. The Mazda3 also loses 2 mpg in combined ratings (30 to 28 mpg) with the optional all-wheel drive, which is typical of most sedans with AWD and adds an estimated $100 per year in fuel costs, according to FuelEconomy.gov’s combined rating.

While small sedans with AWD are rare, it’s also worth noting there are about a dozen small SUVs available in this price range, including the Mazda CX-30. If you wanted a Mazda3 sedan or hatchback with AWD — and we wouldn’t blame you — one shouldn’t be hard to find because 35% of new 2019 and 2020 Mazda3s in Cars.com’s national inventory have it. The Mazda3’s AWD got us through wintry conditions similarly to Subaru’s AWD, perhaps a bit more playfully, so if you weren’t thrilled with the Impreza, then now you have a compelling alternative.