Denizens of dense urban areas typically don’t drive as much as their suburban and rural counterparts. Factors such as heavy traffic and expensive parking discourage driving, especially when public transportation and other convenient options exist, in addition to closer proximity to destinations like supermarkets, schools and offices. While many city dwellers still own, or would like to own, a car, paying similar insurance premiums as someone who drives everywhere all the time might not seem like it makes much economic sense.

But what if you could pay by the mile to insure your car, so that you’re only ponying up for what you need when you need it? That’s just what the San Francisco-based MetroMile allows motorists to do, and its business model caters to just the sort of driver described above. Already available in states including California, Washington and Oregon, MetroMile expanded to Illinois just this March, and a survey conducted of Chicago-area motorists illustrates why.

According to the February study of 1,333 motorists in the Chicago metropolitan area, more than half of adult drivers travel less than 10,000 miles a year; that figure increases to 60 percent for 18- to 29-year-olds. Half of the respondents reported making a conscious effort to drive less than they did five years ago, while 57 percent cited high gas prices or a desire to save money as the primary motivator for doing so. Twenty-nine percent said they have used public transportation at least once a month during the past year, and 62 percent said traffic was their biggest frustration when driving in and around the Windy City. Two-thirds said they would consider pay-per-mile insurance as opposed to a traditional flat rate.

Designed for those who drive less than 10,000 miles a year, MetroMile claims to save the typical customer more than $400 annually on an insurance policy on par with that of a traditional flat-rate carrier. MetroMile says customers simply plug the company’s free connected-car device, called the Metronome, into the diagnostic port of their vehicle, enabling it to capture mileage data and transmit it wirelessly for tracking. The company also offers an iOS app that provides drivers with “predictive insights to help them save time and gas on their daily drives, easily diagnose check engine lights, and find their car wherever it is parked,” it said in a statement.

The company’s website, metromile.com, offers a “2-minute quote,” so we tested it out to see how our estimated rate measured up to what we’ve paid with a big-name premium carrier. First you enter your ZIP code, followed by the personal info of the primary driver, including gender, age, marital status, residence, education and credit rating, as well as accident and traffic-citation history and current insurance-policy info. It then asks for info about the car to be insured, which for this purpose we used the 2014 Hyundai Elantra in Cars.com’s test fleet.

We selected the lowest-possible deductible of $250 and the highest-possible coverage — $100,000/$300,000 for injury to others, $50,000 in property damage and $100,000/$300,000 for uninsured motorists. Our comprehensive policy included collision and roadside assistance, as well as car rental. The total cost was a $25.42-per-month base rate, which provides full coverage when the vehicle is not in use, plus 4 cents per mile when it is in use. Assuming the program’s targeted annual mileage of 10,000, our grand total for the year came to $705.04 — hundreds of dollars less than our most recent flat-rate comprehensive plan through a conventional provider. Mileage charges are capped at 150-250 miles, depending on where you live, mitigating the cost of long road trips. 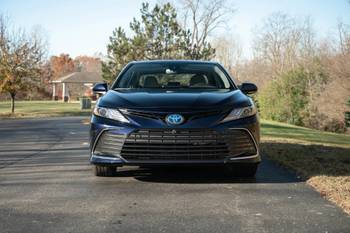 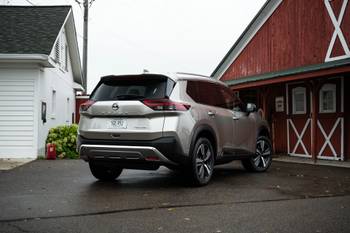