Arnold Schwarzenegger muscled his way back into big-screen action last weekend with “The Last Stand,” but the real muscle came compliments of the 2013 Chevrolet Corvette ZR1, for which the film essentially serves as a 90-minute commercial.

The 2013 ZR1 that appears in the movie may just make moviegoers momentarily forget the 2014 Chevy Corvette Stingray that stole the show last week at Detroit’s North American International Auto Show. The ZR1 serves as the getaway car of choice for the film’s villain, an escaped drug-cartel kingpin (played by Eduardo Noriega) who’s making a furious run for the border; but to do so he must first get past Schwarzenegger’s remote-desert-town sheriff.

In real life, the high-performance sports coupe’s 638-horsepower, supercharged 6.2-liter V-8 is good for a top speed of 205 mph. The ZR1 in the film, however, is referred to by characters as “modified” and able to reach 250 mph.

The car performs numerous spectacular feats throughout the movie, including speeding agilely through a police barricade, outrunning a pursuing helicopter and destroying a law-enforcement SUV convoy by, in part, using itself as a ramp to launch one of the vehicles to its demise. That’s in addition to a climactic, Chevy-heavy cornfield showdown between the ‘Vette and Schwarznegger’s Chevy Camaro ZL1.

If you want to find out for yourself which car flexes the most American muscle (at least according to Hollywood screenwriters), you might want to step on it. “The Last Stand” crawled into ninth place in its first weekend — reportedly posting one of the worst debuts in Arnold’s career — so it likely will disappear from theaters faster than 2013 models from dealerships.

Check out the gallery below for more ZL1 shots and click here for Cars.com’s 2014 Corvette Stingray coverage. 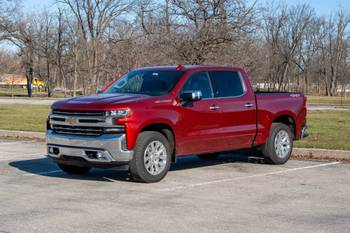 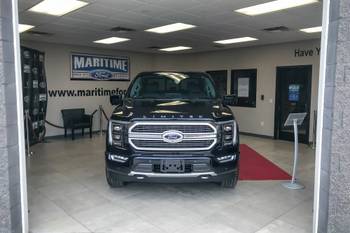 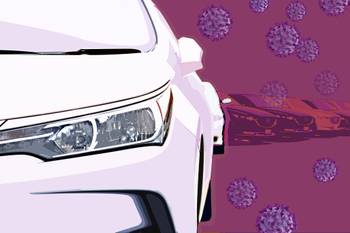