Chrysler and the U.S. Department of Energy are developing a radical prototype engine that burns a combination of gasoline and diesel fuels that could help Chrysler and other automakers meet future fuel economy targets, according to a presentation given by Chrysler during the DOE’s 2011 Merit Review in Washington D.C.

The small displacement 2.4-liter turbocharged four-cylinder multifuel engine promises up to a 25 percent improvement in city and highway fuel economy for a Chrysler minivan, compared to a 2009 4.0-liter V-6, while maintaining similar performance. That could mean that the new engine could reach 31 mpg on the highway in a Town & Country.

Until now, gasoline and diesel have been considered mutually exclusive automotive fuels because of their unique chemical and combustion properties. Gasoline engines use a so-called Otto combustion cycle, in which a combination of gas and air are mixed and compressed in an engine’s cylinders and ignited using a spark plug to produce power. Diesel engines follow the so-called diesel combustion cycle, where air is compressed to such a high degree that friction causes injected diesel fuel to ignite without a spark. Higher compression and greater energy density per gallon is what gives diesel about a 20 percent to 30 percent fuel economy advantage over gasoline.

Chrysler’s bi-fuel engine design calls for a three-valve head with two spark plugs, a side-mounted gasoline direct fuel injector and a centrally-positioned diesel injector. Two turbos – one high-pressure and one low-pressure – will provide two-stage turbocharging to meet boost requirements supporting a high compression ratio for power and fuel economy. Exhaust gas cooling and metered injection of diesel fuel will be used to control knock, or the premature detonation of the gasoline fuel-air mixture that can damage an engine under high compression loads.

“The addition (and timing) of diesel fuel has a significant impact on burn rate,” the presentation noted.

In this respect, Chrysler’s gasoline-diesel engine appears to be following a similar approach to Ford’s prototype bi-fuel engine, which used a mixture of gasoline and ethanol. The practical limitation of Ford’s engine would be the limited availability of ethanol in the real world, whereas diesel has widespread distribution across the U.S.

Both engines are also practically limited by the need for separate fuel tanks so the fuels aren’t mixed before combustion. In the real world, it’s not hard to imagine the extra hassle posed by filling up a vehicle at both the gas and diesel pumps.

Chrysler’s demonstration vehicle will show several other fuel-saving features, including shutting off fuel to the engine during vehicle braking, mild hybrid start-stop engine shutoff at stoplights and using waste engine heat to generate electricity to power some vehicle accessories instead of drawing accessory power from the engine.

The multifuel project is being funded with $30 million; Chrysler and its partners – including Delphi, FEV, Ohio State University and Argonne National Laboratory – are putting up $15.5 million, and the Department of Energy is putting up $14.5 million. It runs through April 2013.

The DOE published the full set of presentations from the 2011 Merit Review last week. We’ve asked Chrysler for comment about the project by e-mail but haven’t heard back yet. 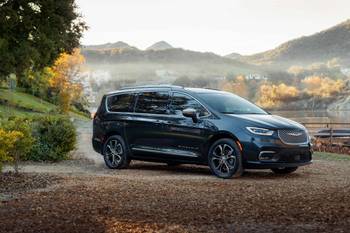 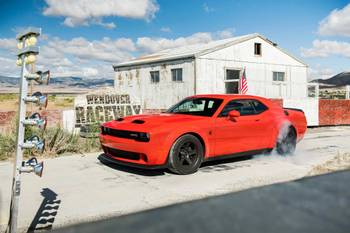