December’s heavy snowfall did little to blunt the rush of shoppers looking to put the redesigned 2014 Chevrolet Corvette convertible under the Christmas tree and likely in the garage until better weather. The ragtop ‘Vette averaged just four days on dealer lots in December, making it the month’s fastest-selling car.

Shoppers also lined up for redesigns of the Nissan Rogue, Mercedes-Benz S-Class and BMW X5. Ford can take solace in the aging F-150, which landed here again. Crew-cab versions of the popular pickup sold faster (13 days) than crew-cab rivals in the Toyota Tundra (24 days), Ram 1500 (42 days) and Chevrolet Silverado 1500 (71 days).

The opposite is true for Mitsubishi, whose redesigned Outlander averaged 87 days to move. Our Outlander review sheds some light on why; this is the SUV’s second time in three months in the slowest sellers. It took more than twice as long as December’s 35-day average. That’s above November’s 29-day average, which, like December, looked only at 2014 models. Cars in December 2012 (at that point, 2013 models) averaged 33 days to turn.

About the Lists
The Fastest- and Slowest-Selling Cars list reports the average number of days it takes to sell models from the day they arrive on the lot until the final paperwork is signed by a buyer. This is not a days-of-inventory list like you may find on other websites. With lots mostly clear of 2013 models, we look exclusively at 2014s now. We call the fastest-sellers Movers and the slowest ones Losers. 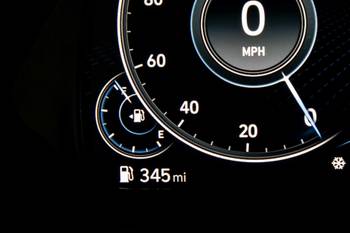