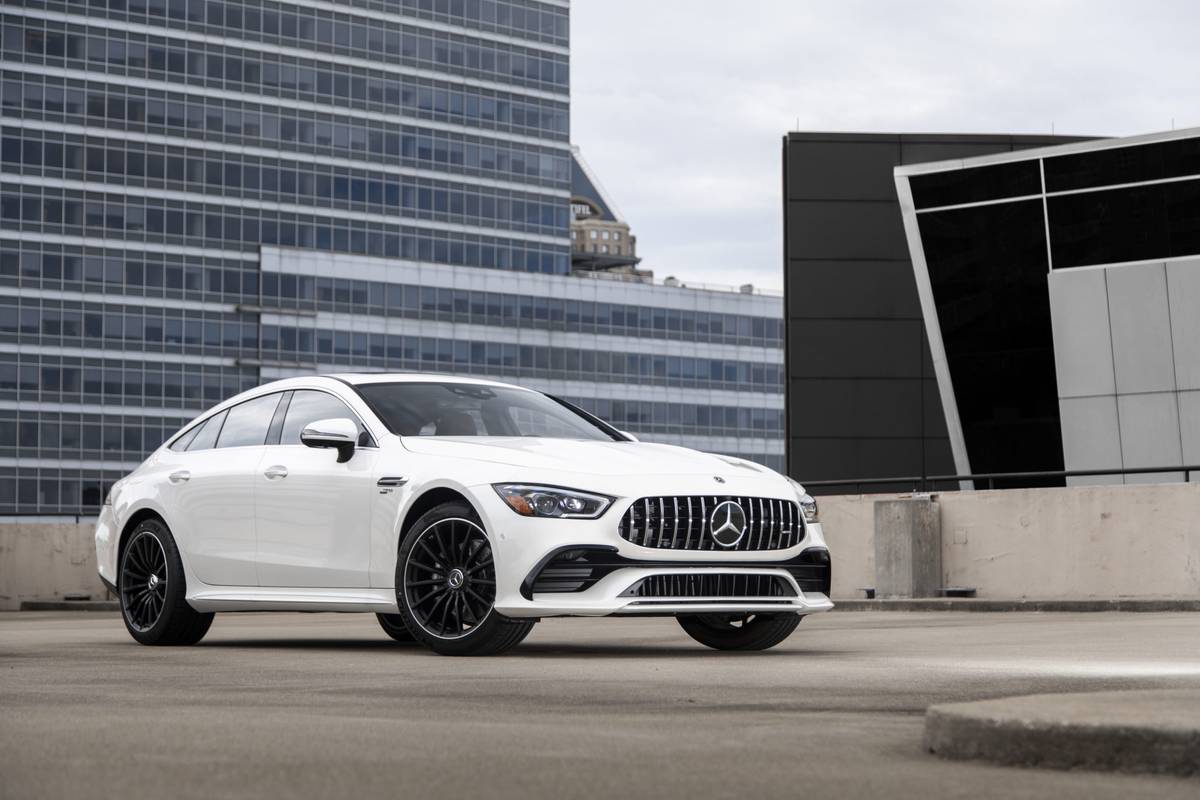 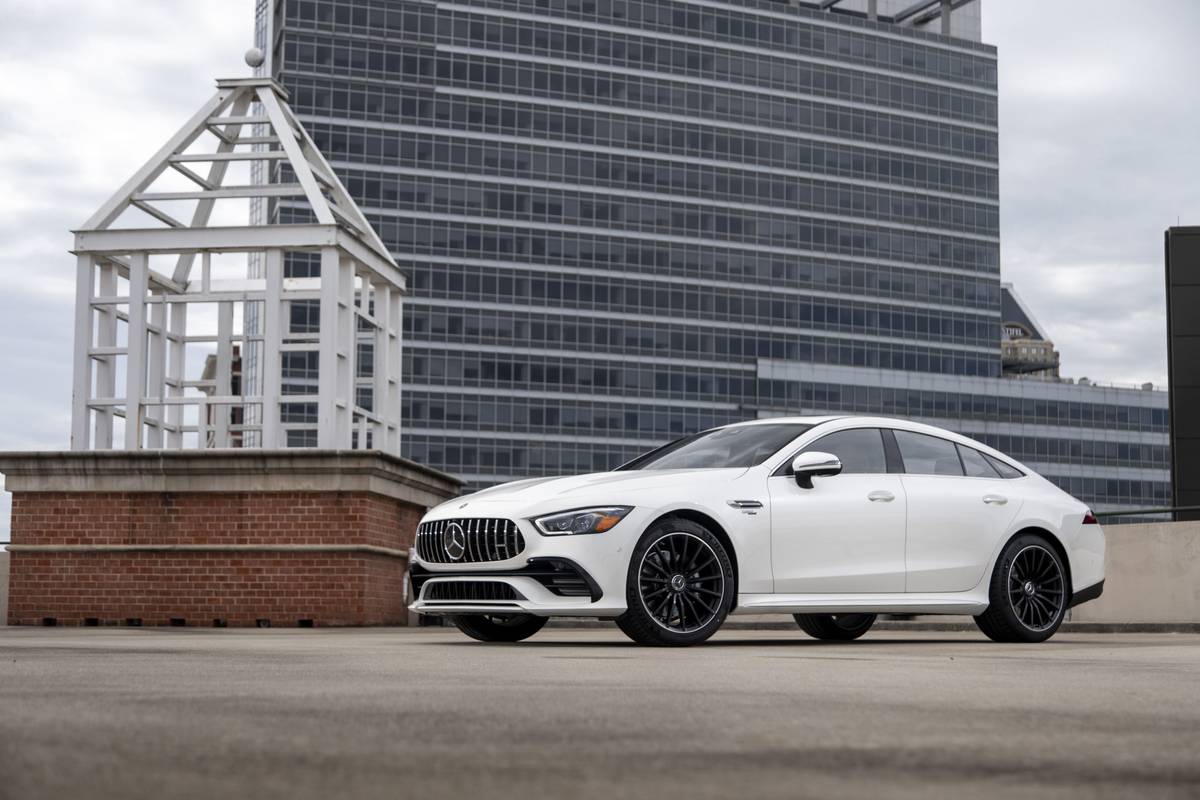 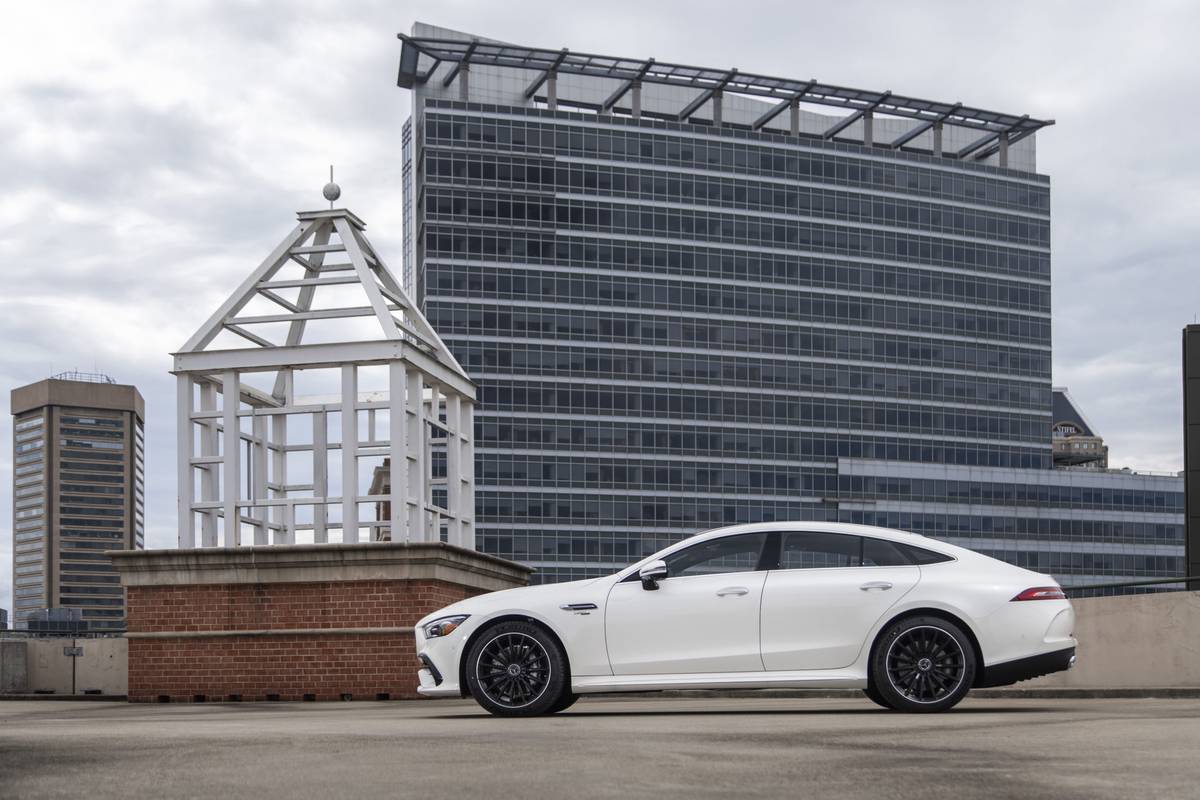 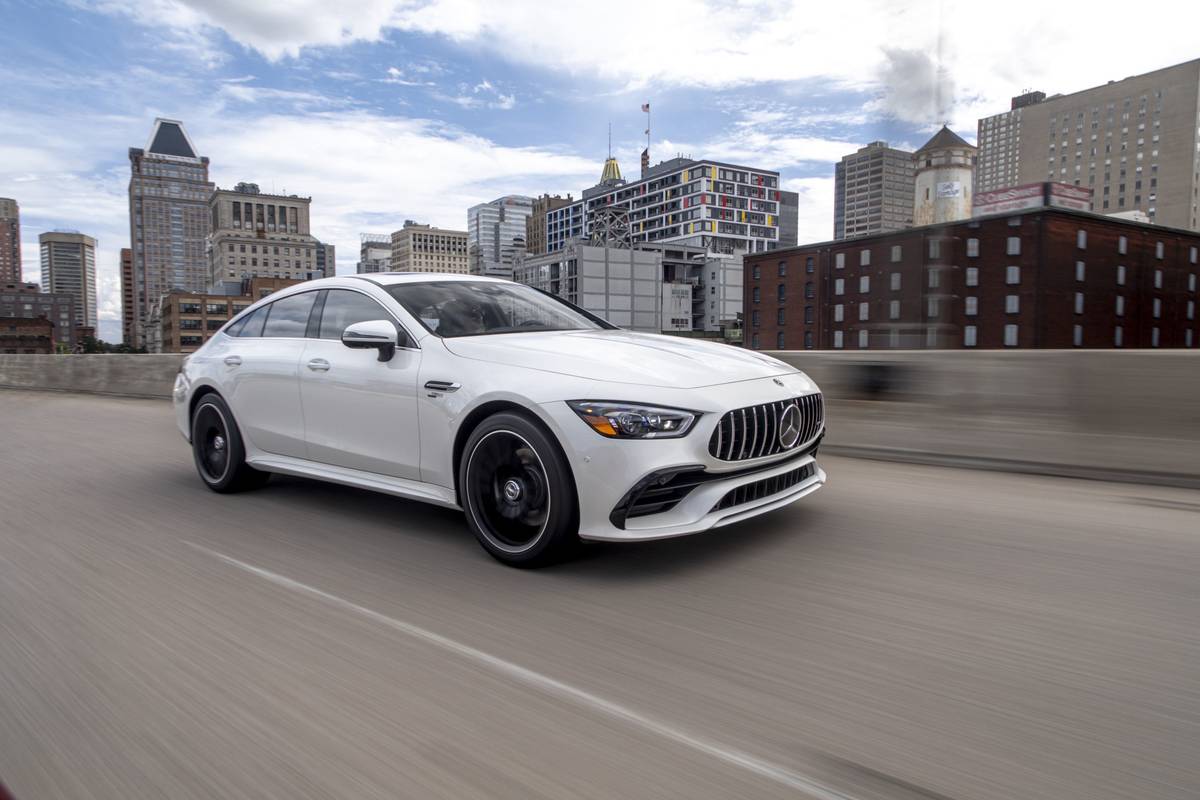 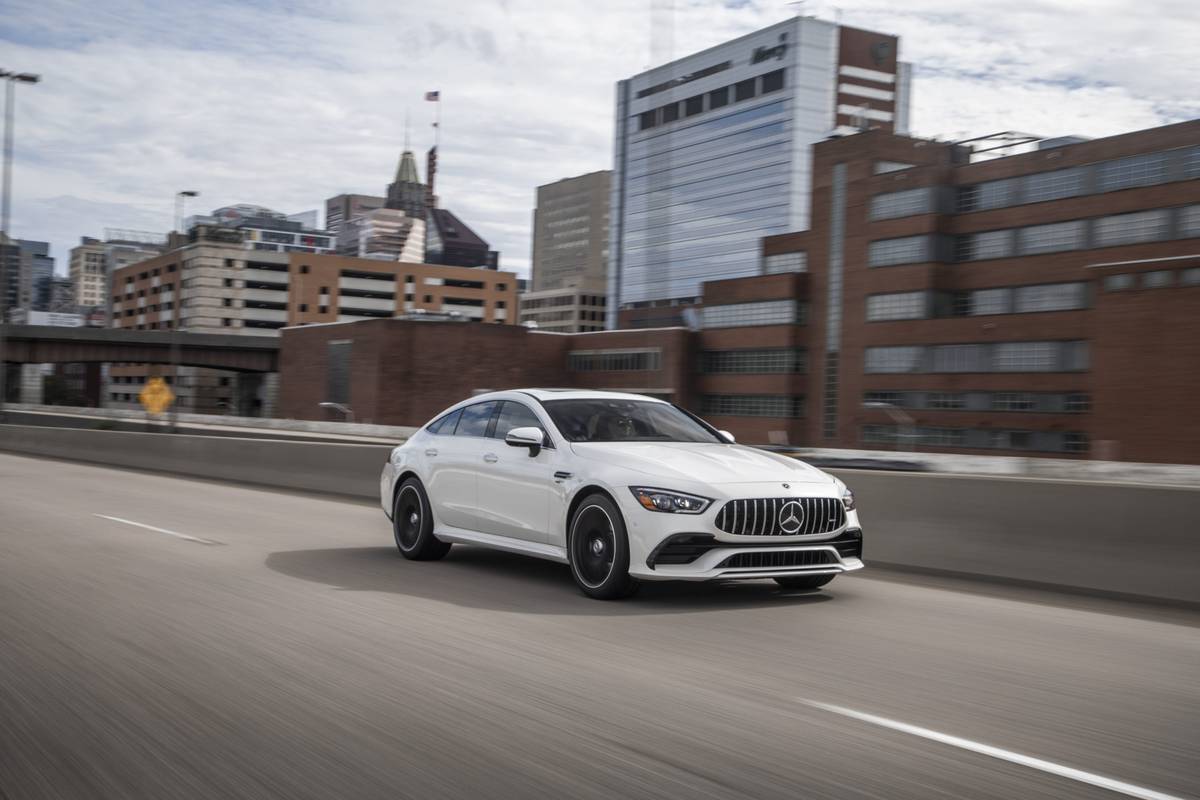 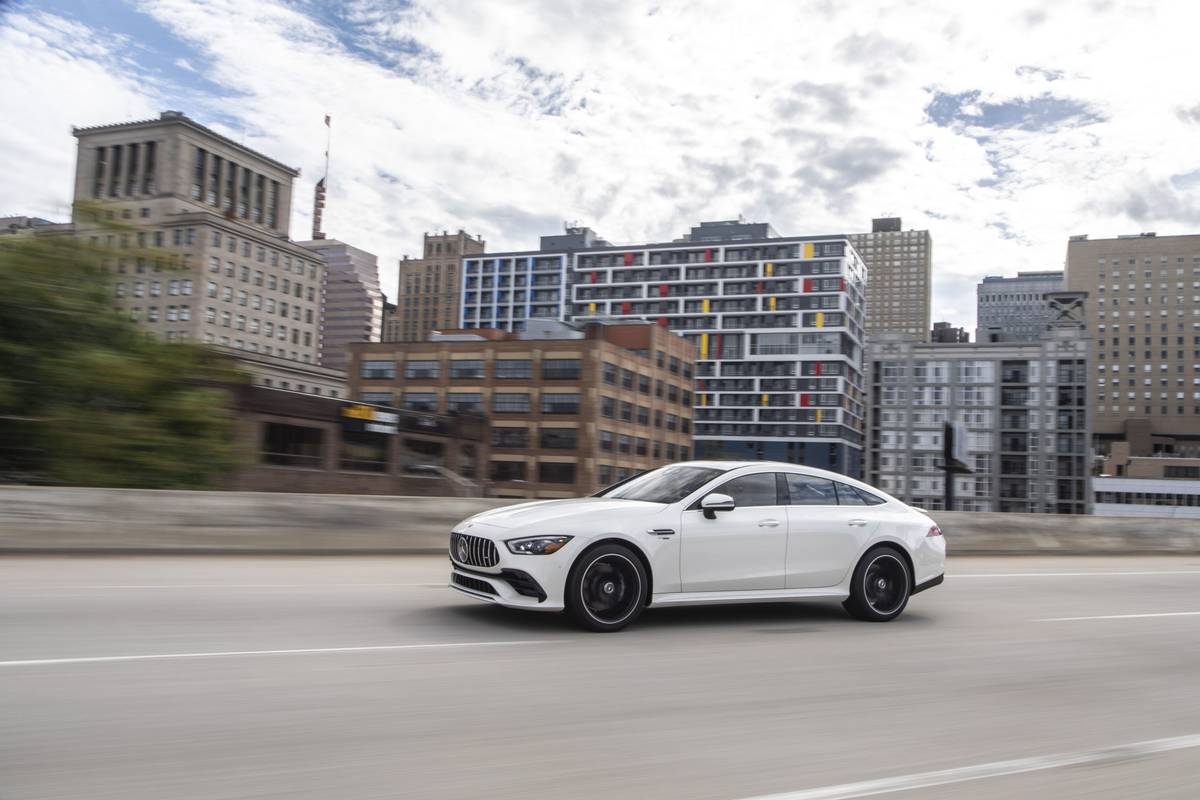 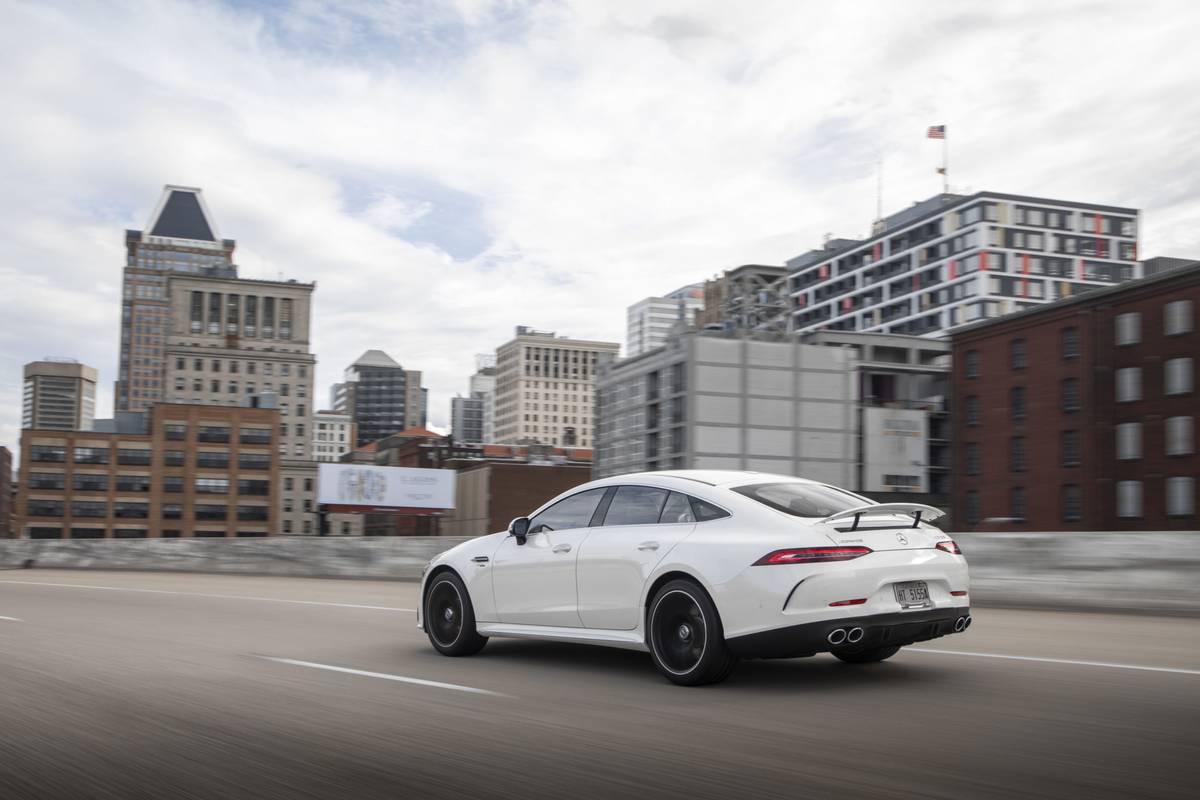 Mercedes-Benz is adding a new model to its controversial AMG GT 4-Door Coupe lineup, an “entry-level” trim (if you can call a car that’s more than $90,000 “entry level”). The new 2021 Mercedes-AMG GT43 is slated to receive a slightly less powerful version of the turbocharged inline-six-cylinder engine shared with the AMG GT53, but most of the more expensive trim’s amenities remain — as do the stunning good looks that all of the AMG GTs bring to the party.

The biggest difference between the GT43 and GT53 (and the even more crazy GT63) lies under the hood, where you’ll find the turbocharged 3.0-liter inline-six-cylinder engine that’s shared with the 53, but making a lesser 362 horsepower and 369 pounds-feet of torque; it also features the EQ Boost mild-hybrid system that can add as much as 21 hp and 184 pounds-feet of torque to the system when called upon. It’s still mated to an AMG-tuned nine-speed automatic transmission, and still routes power to all four wheels via Mercedes-Benz’ 4Matic all-wheel-drive system. Even this “entry-level” AMG GT43 is still good for a 0-to-60-mph time of 4.8 seconds, according to Mercedes. 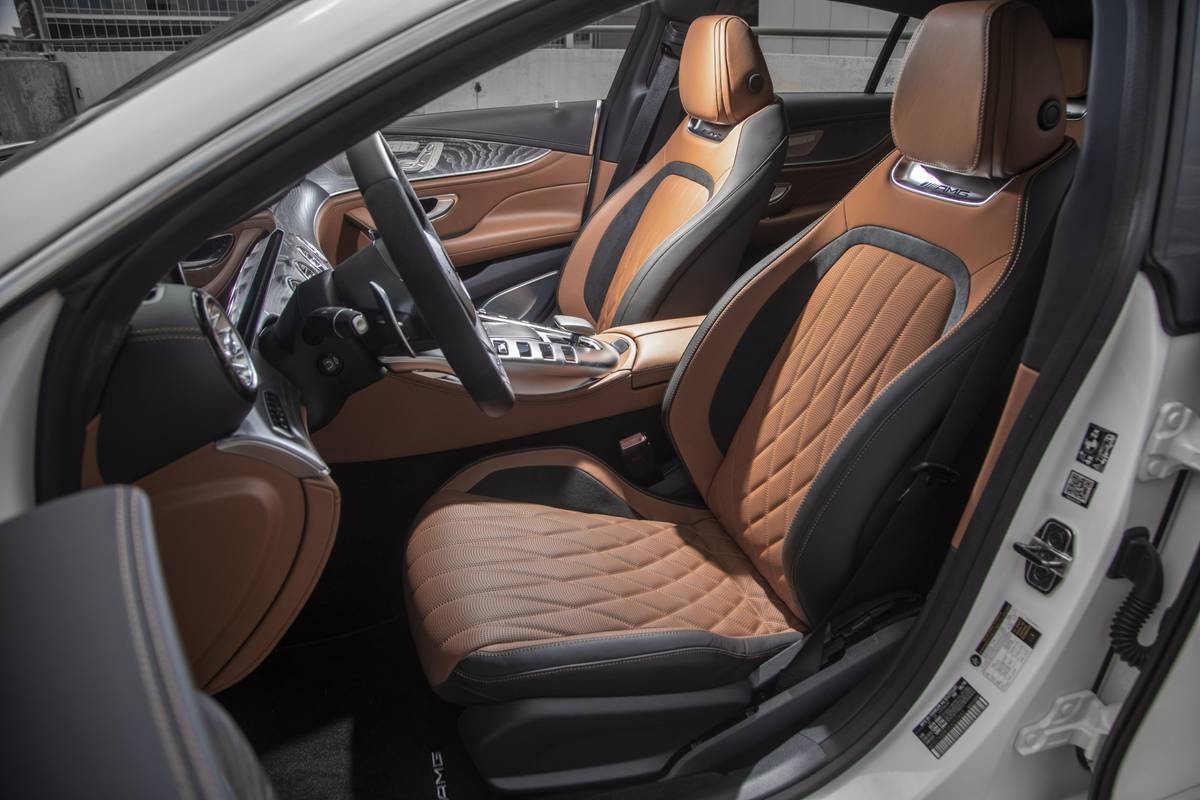 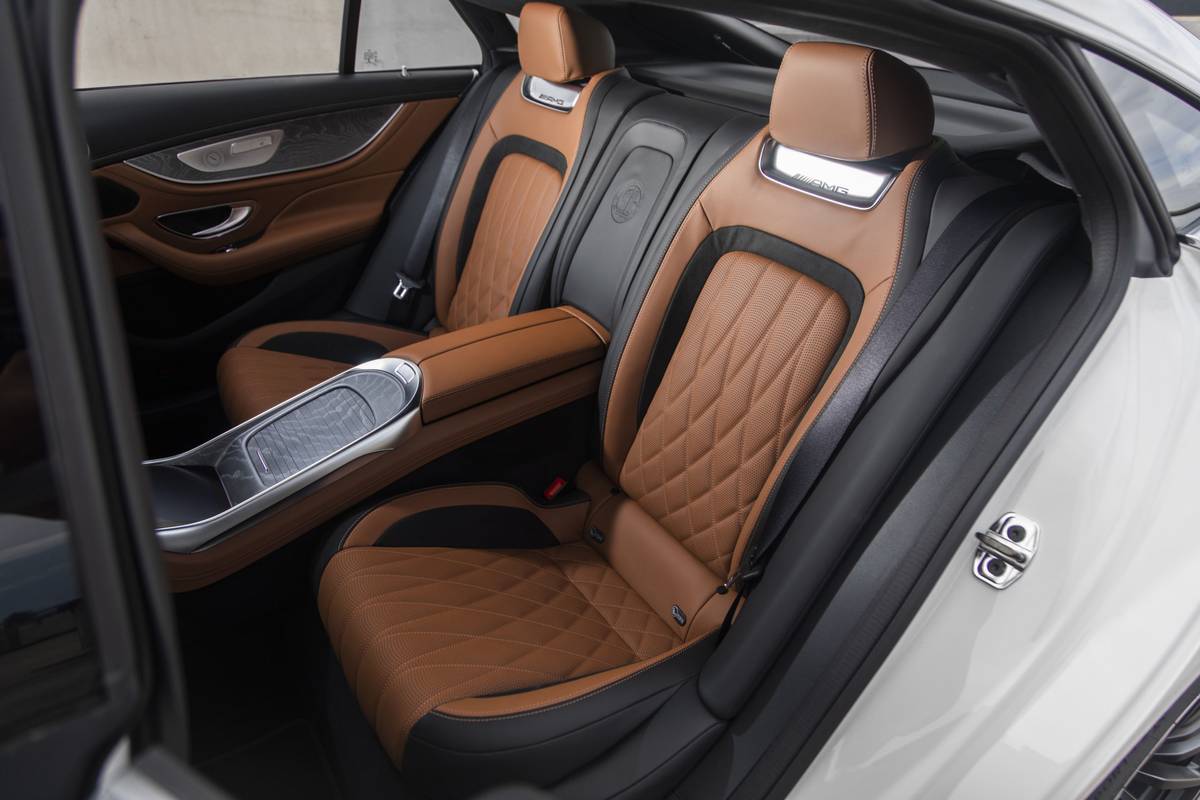 Option packages will be similar to more expensive versions of the GT 4-Door, such as a variety of wheels, semi-autonomous driving systems and an even more premium Burmester 3D audio system. There’s also a choice of rear seat setup: either the standard pair of bucket seats or the Executive Rear Seat Package that ups the creature comforts.