CARS.COM — The first time I wrote about the latest model from BMW, the all-new 2018 X2 crossover, was after seeing it for the first time at the 2018 North American International Auto Show in Detroit, and I was not that impressed. I chalk up my lukewarm feelings in some part to SUV fatigue. The BMW X2 is the sixth SUV in the BMW lineup and we already know a three-row SUV, the X7, will start production this year.

Suffice it to say, when I heard that I’d be testing the BMW X2, I was not all that excited. After all, it shares its powertrain, wheelbase and interior design with the X1. But after spending a day with one on the street and the track at the BMW Performance Center in the California desert, I can admit that my lack of enthusiasm was misguided. (Per company policy, Cars.com pays for its airfare and lodging to such automaker events.)

At first, I liked the BMW X2’s styling simply because it breaks from the other even-numbered BMW sports activity coupes (BMW’s name, not ours) in the lineup. The X4 and X6 have strange proportions, especially in profile, but the X2 is different; its best angle may be from the side where you can see its shape.

I’m also a fan of the BMW X2’s size. Though it shares a wheelbase with the X1, it’s actually 2.8 inches lower and 3.2 inches shorter than its counterpart, and BMW said all of the exterior parts between the two cars are different except for the door handles and the antenna. The shortened length (keeping the wheelbase constant) appears to push the wheels out toward the edges, and the lower height makes the X2 look much sportier. I’m also a fan of the BMW logos that have been added to the C-pillar, adding some much-needed flair.

The vehicle seen in these photos also got additional flair points by wearing the optional M Sport X appearance package and a screaming gold paint job. Luckily, the sporty styling is backed up by changes under the skin as well.

The X2 excels when it comes to dynamics, and not only when compared with the X1. Its handling and ride quality are carlike. My test vehicle was equipped with an M Sport suspension, which lowers the ride by 0.4 inch and the center of gravity along with it. BMW offers a third BMW X2 suspension with variable shock-absorber firmness that similarly lowers the vehicle by 0.4 inch.

The X2 was impressive on the road and the track, for different reasons. On road, the X2 exhibits great ride quality and comfort, while on track its balance really stands out. For what is ostensibly a crossover, it drives much more like a sedan or wagon, and keeping the car settled was much less of a challenge than I’d expected, especially after hearing how close the ride height is to that of the X1.

If there’s a downside to how the BMW X2 drives, it was the powertrain. The 228-hp, turbocharged 2.0-liter four-cylinder is a fine engine there’s plenty of passing power and the eight-speed automatic transmission is responsive enough. But the X2’s proficiency in other respects left me wanting more power to use them to the fullest. Right now, BMW has released pricing and information only for front-wheel and all-wheel-drive versions of the 28i trim level (I tested the all-wheel-drive xDrive28i exclusively), but I’m hoping to hear soon that a version with a more powerful engine is coming.

Though the X2 has smaller dimensions than the X1, it doesn’t give much back in terms of interior space; in fact, BMW says that it has the same passenger volume. You do lose about 15 percent of the cargo space due to the rake of the roof and lower height, for a total of 21.6 cubic feet behind the rear seats. That puts it ahead of much of its competitors. The 2018 Mercedes-Benz GLA 250 has 17.2 cubic feet and the 2018 Audi A3 only 16.7 cubic feet. For comparison, the BMW X1 has 27.1 cubic feet.

The cargo area also has a nice, covered storage compartment that’s about 6 inches deep. There’s plenty of room to hide a few backpacks or other valuables from prying eyes. There’s a cargo cover, but many folks remove that to fit larger items more easily, so this kind of storage is helpful. There is one caveat — if you opt to add a spare tire (a $150 option), it will take up about two-thirds of the storage bin.

The backseat does suffer from slightly cramped legroom, but it’s made up for with copious headroom, even with a panoramic moonroof installed. At the auto show I was afraid that the panoramic roof didn’t extend back far enough for backseat passengers, but in the real world, it’s plenty. Don’t want the moonroof? You get back another 1.4 inches of headroom. This is another way the X2 distinguishes itself from the GLA 250 and the A3 — two vehicles that are claustrophobic in the back.

I was concerned that the smallish rear side windows would hamper visibility, but I found it to be ample enough over both shoulders, and though the rear glass is a bit slim, the view doesn’t feel overly constrained. This will change if you drive passengers, however, as anyone sitting in the middle will block much of the rearview mirror view.

One caveat about the X2 interior: The driver’s leg space is fairly narrow and the center console isn’t padded. For someone like me who puts his knee out to the right when driving, it got a bit uncomfortable after about an hour, especially after tossing the X2 around the track for several laps.

The biggest knock on the BMW X2 will be its value, as it starts at several thousand dollars more than the competitors mentioned and is also a $2,500 premium over its X1 stablemate. The sticker price on the X2s I tested were north of $50,000, which puts it well over the territory of other luxury SUVs that offer more space and utility.

But if you want something stylish that’s fun to drive, you could do much worse than the X2. After meeting the X2 for the first time at the auto show, I wrote, “There are no surprises with the X2 … I just wish it were more interesting.”

I was wrong about that. The X2 is interesting; its handling and road manners are pleasantly surprising; and I’ll be the first to line up for an M version or a trim with a larger engine. We test a lot of SUVs, as the market dictates. It was finally nice to meet one that’s fun. 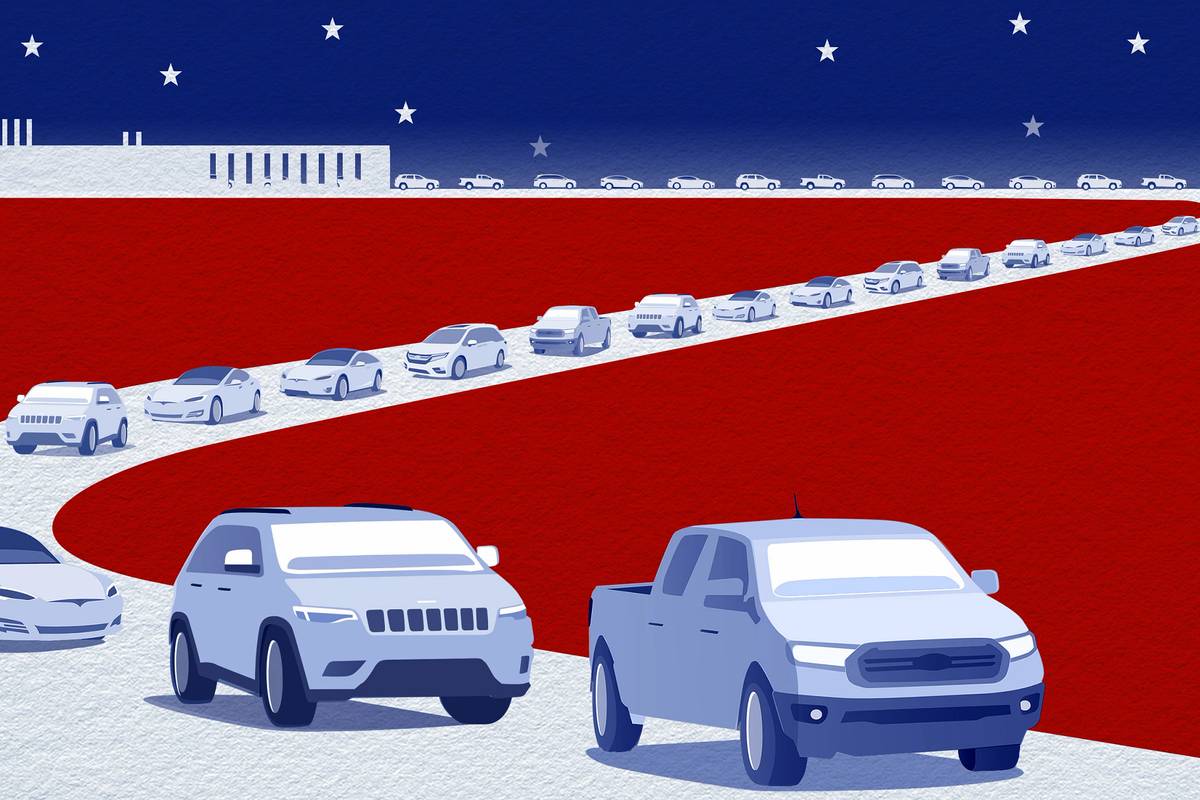 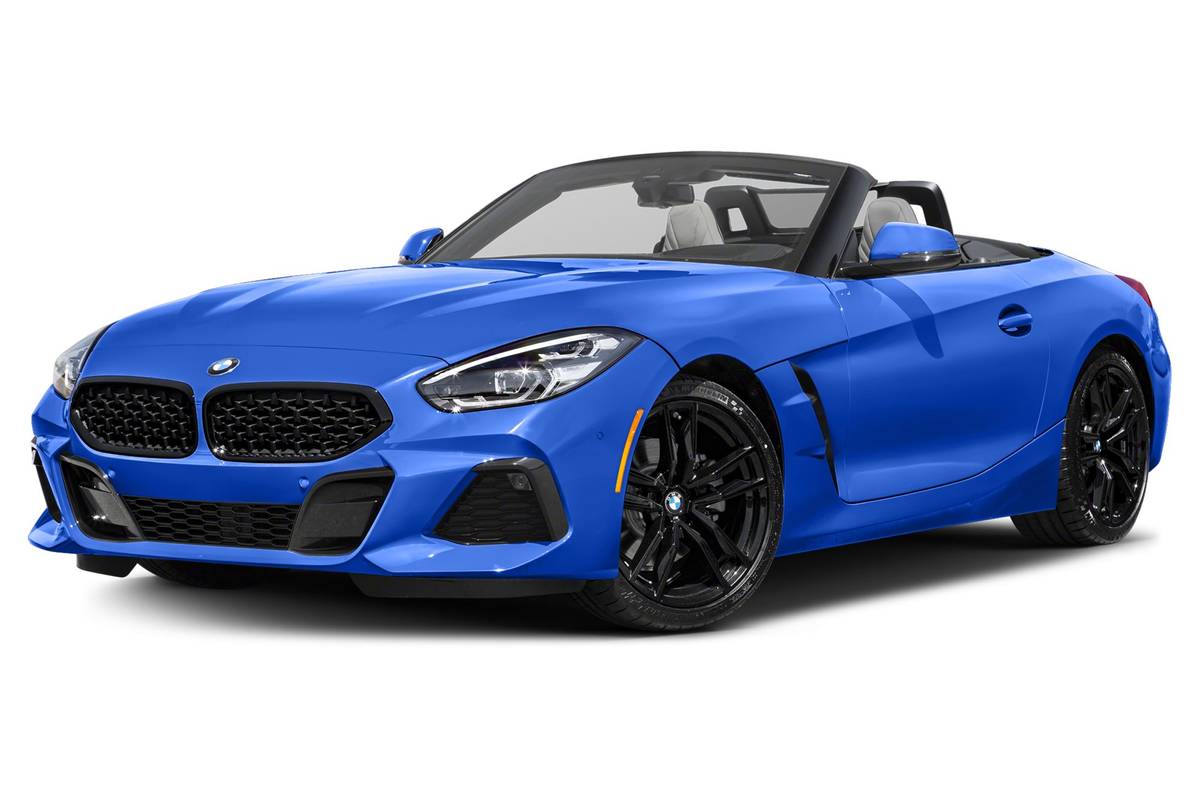 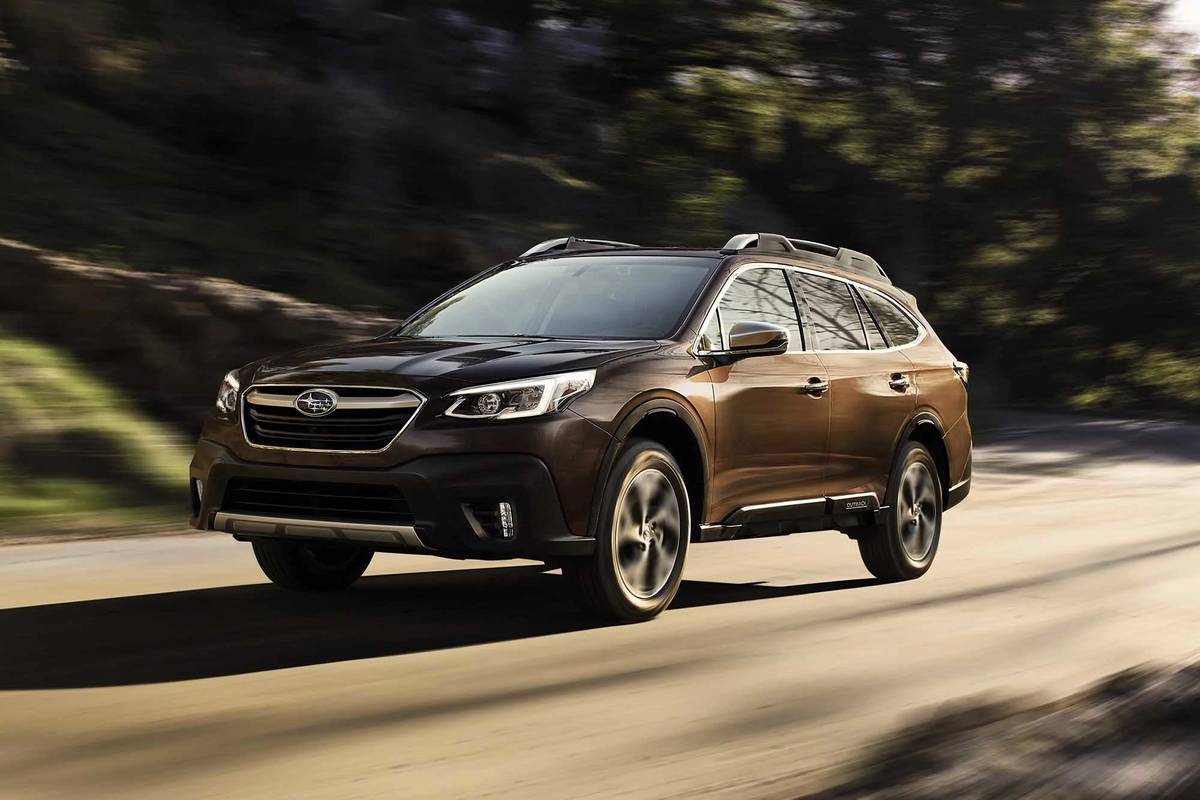 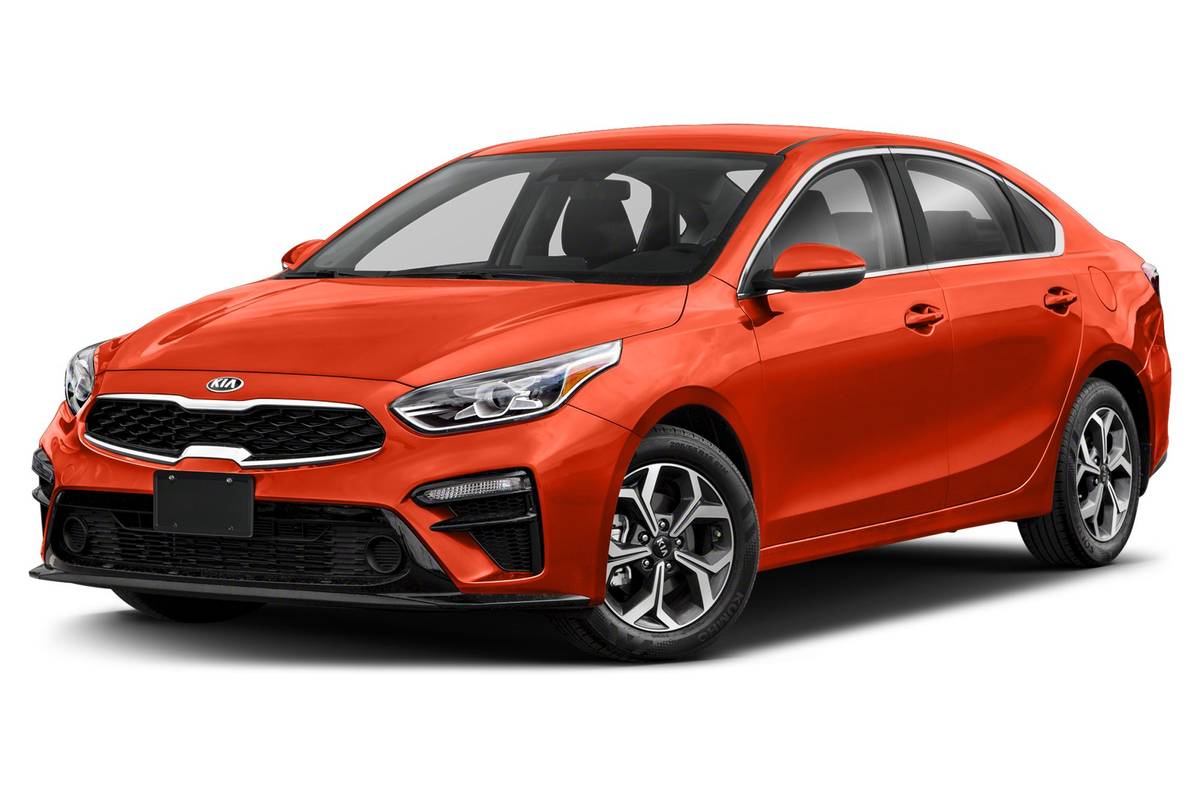 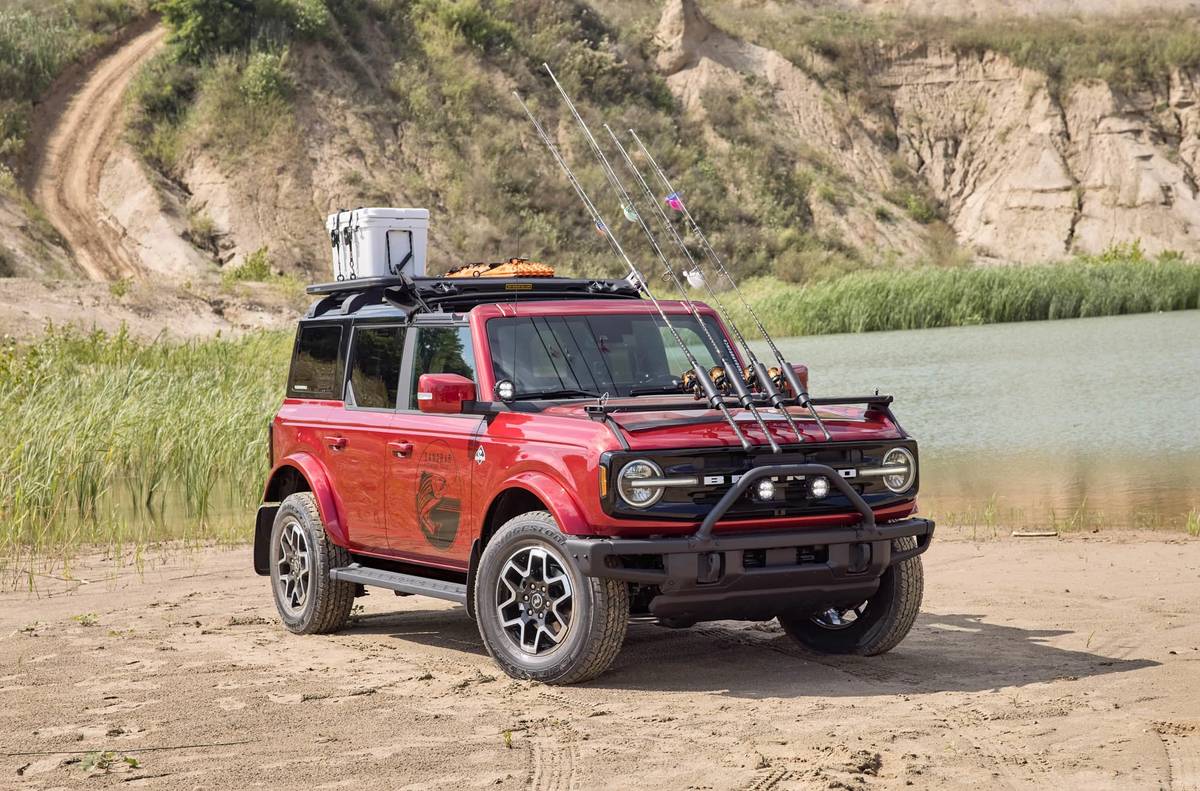