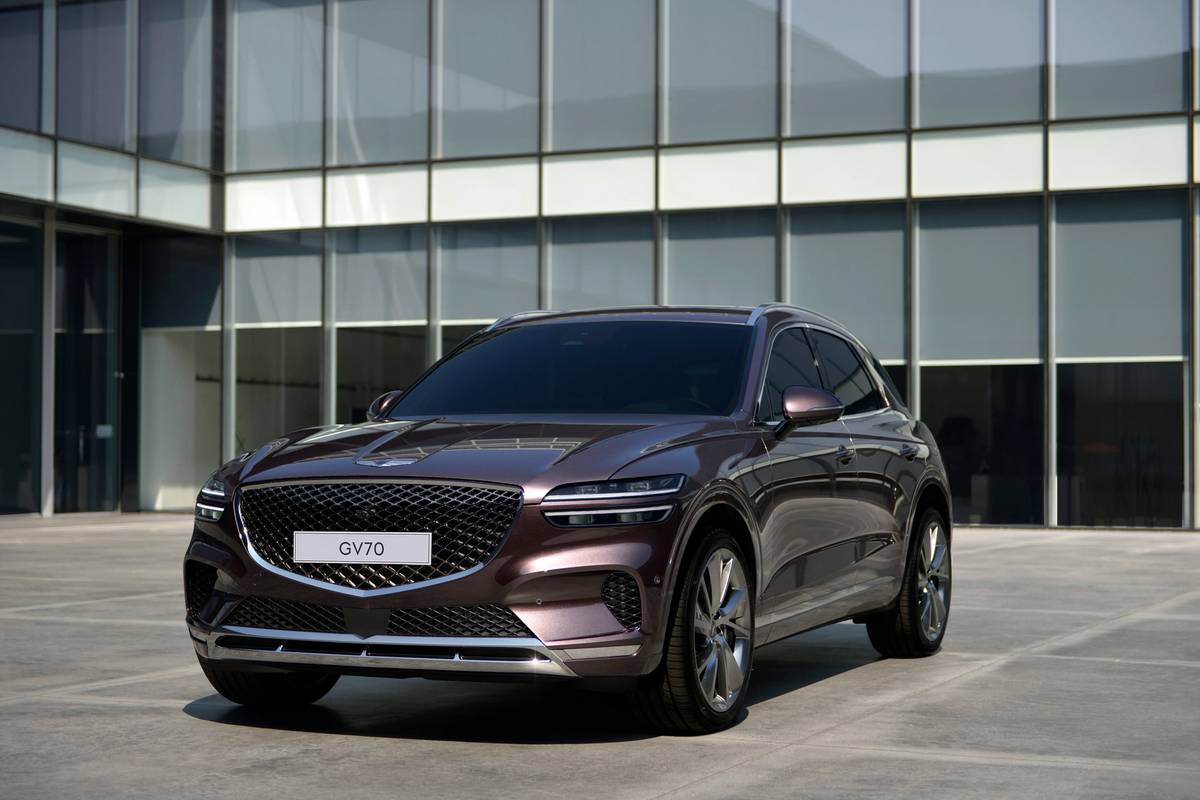 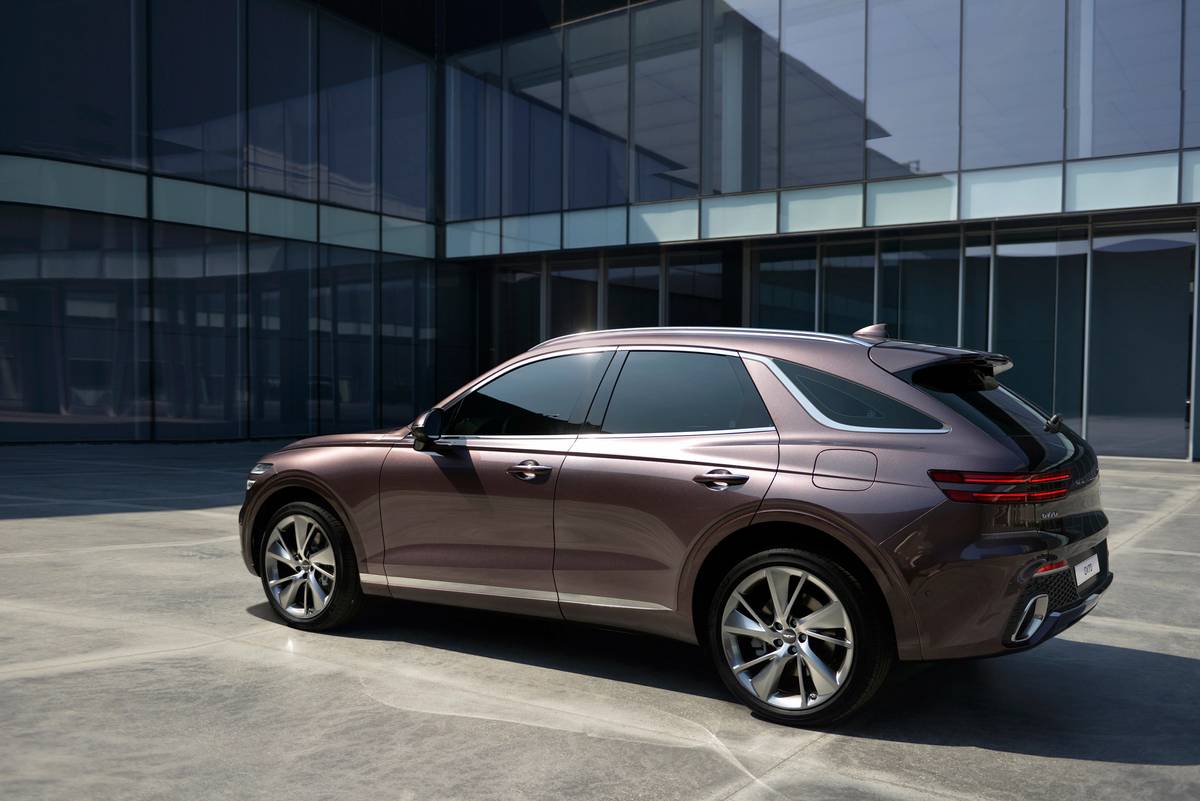 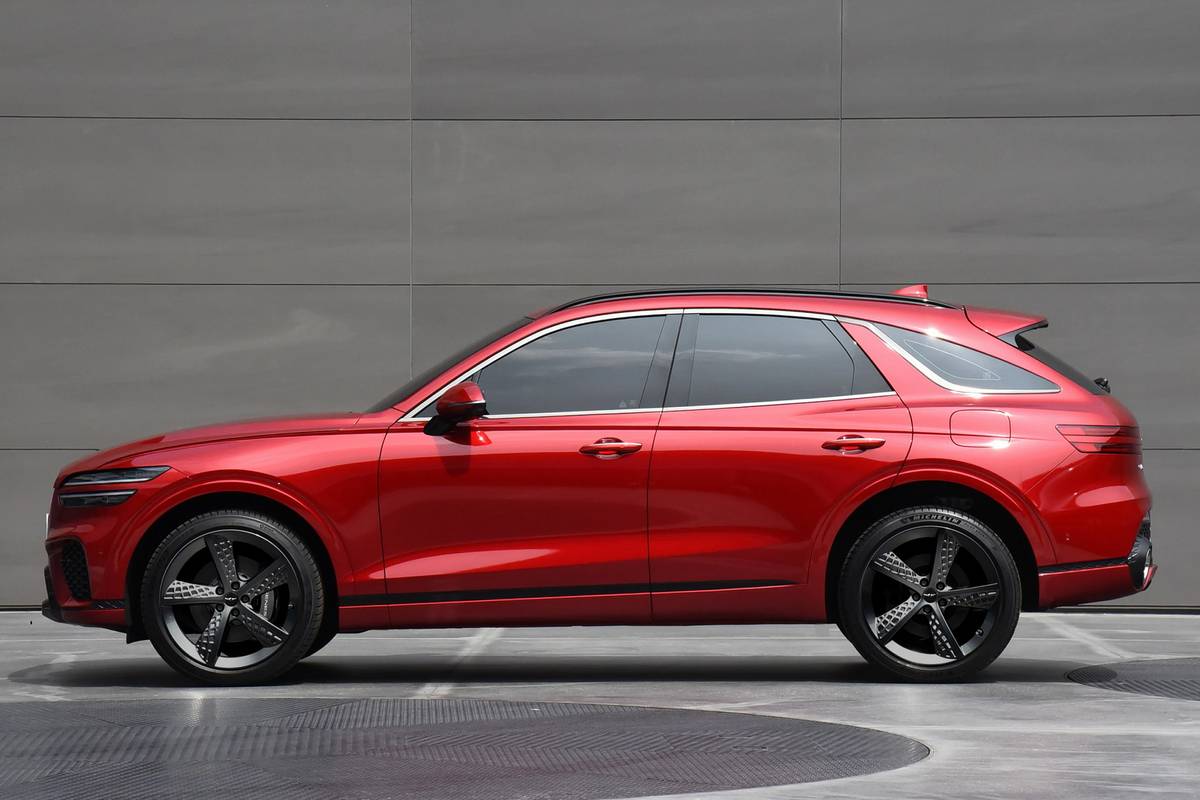 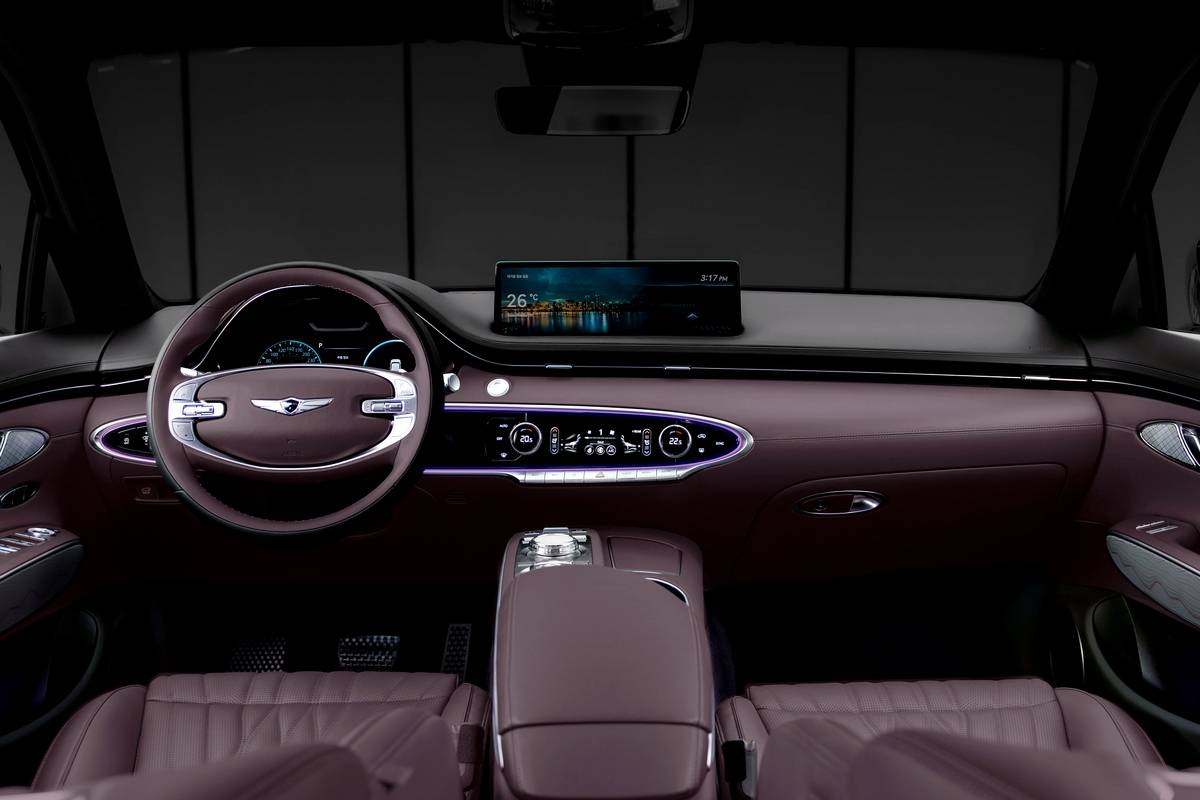 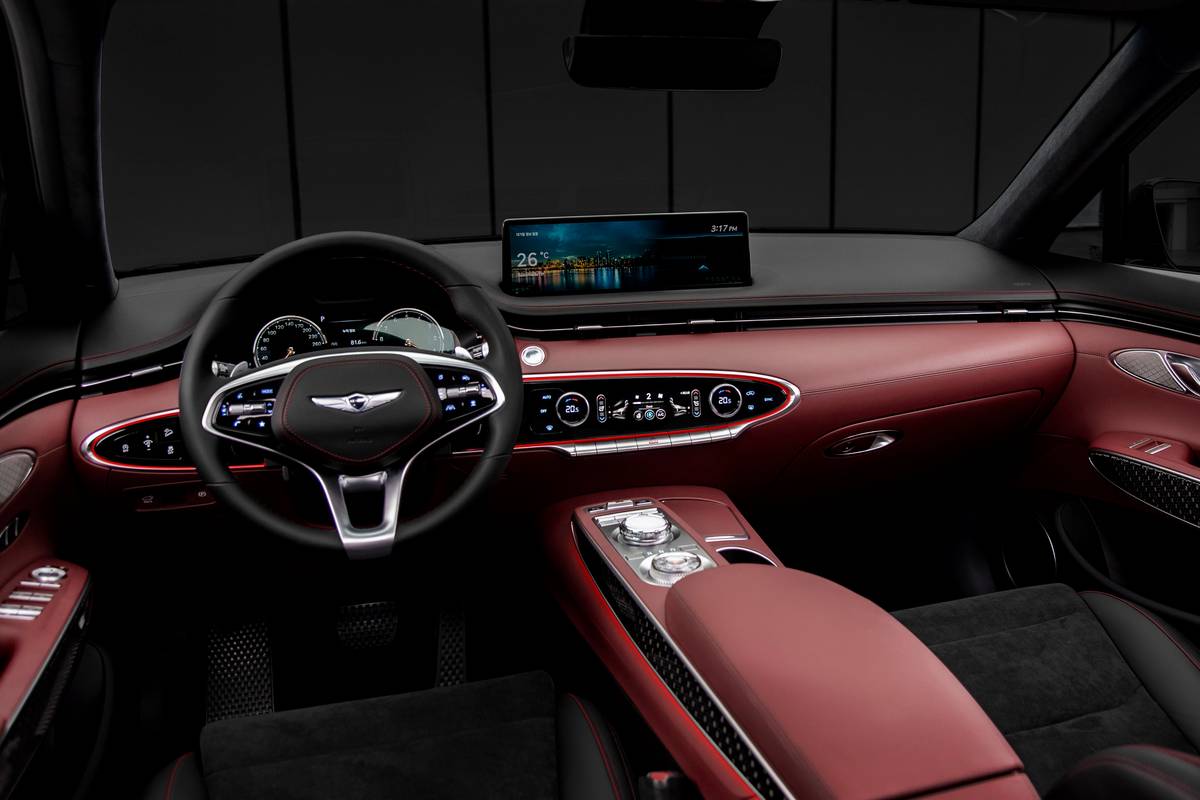 We saw a glimpse of the newest Genesis SUV in September, and today the automaker took the camouflage off of the new GV70, the second SUV in its lineup after the 2021 GV80. Being a 70 series, it lives on the same plane as the Genesis G70 sedan, the brand’s BMW 3 Series competitor. Like its larger sibling, the GV70 SUV will be based on a rear-wheel-drive platform with available all-wheel drive, but some details about the new SUV remain under wraps.

The GV70’s family resemblance is strong. Like the GV80, it wears a version of the brand’s crest-shaped grille with a meshlike insert. It’s flanked by bladelike headlamps that visually flow into the strong character line that spans its profile and tapers off in back at the SUV’s couplike roofline. The GV70’s taillights match the front with a thin, quad design.

Inside, the GV70 has a driver-centric cabin like the GV80, and although few details were released, the multimedia system looks familiar with some possible changes.  It appears Genesis might have replaced the touch-sensitive ring controller of the GV80 with a more traditional raised dial controller to command the ultra-wide media screen; it’s flanked by the raised gear selector dial.  As with the exterior, Genesis says the Sport model will get specific interior extras such as exclusive colors and trim, a sport steering wheel and carbon-fiber appointed consoles and doors.

What the automaker hasn’t released is a long list, including powertrain info, a model year, an exact on-sale date and pricing — all we know is sometime in calendar year 2021.

Regarding the powertrain, Genesis has some good options, such as the 365-375-horsepower, twin-turbocharged 3.3- or-3.5-liter V-6s available between the three Genesis sedans and the GV80 or a version of the new turbocharged 2.5-liter four found in the GV80 and G80 making 300 hp.

Genesis has been testing camouflage versions on public roads in Korea for the last month and said it will host test drives of uncamouflaged versions for the next two months.

Since the GV80 was hit with coronavirus-related delays, it’s likely that it’ll be awhile before we can drive the GV70. Stay tuned for more.