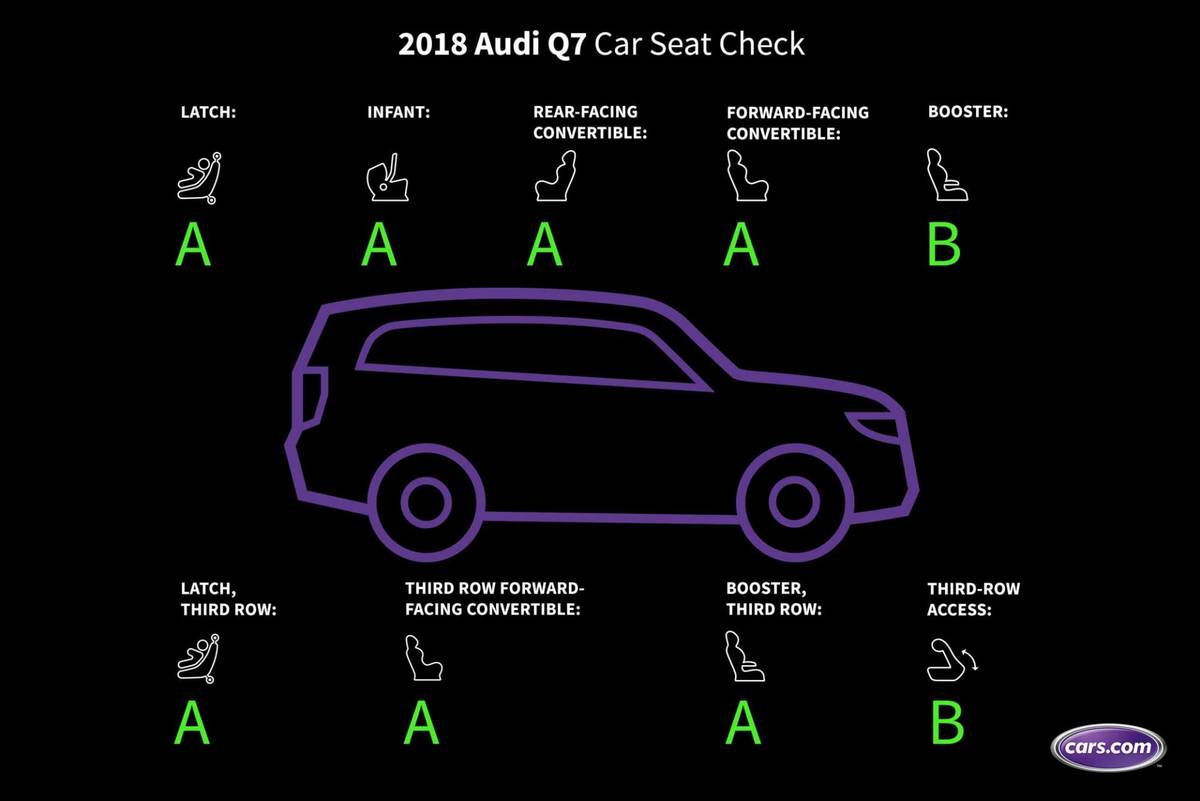 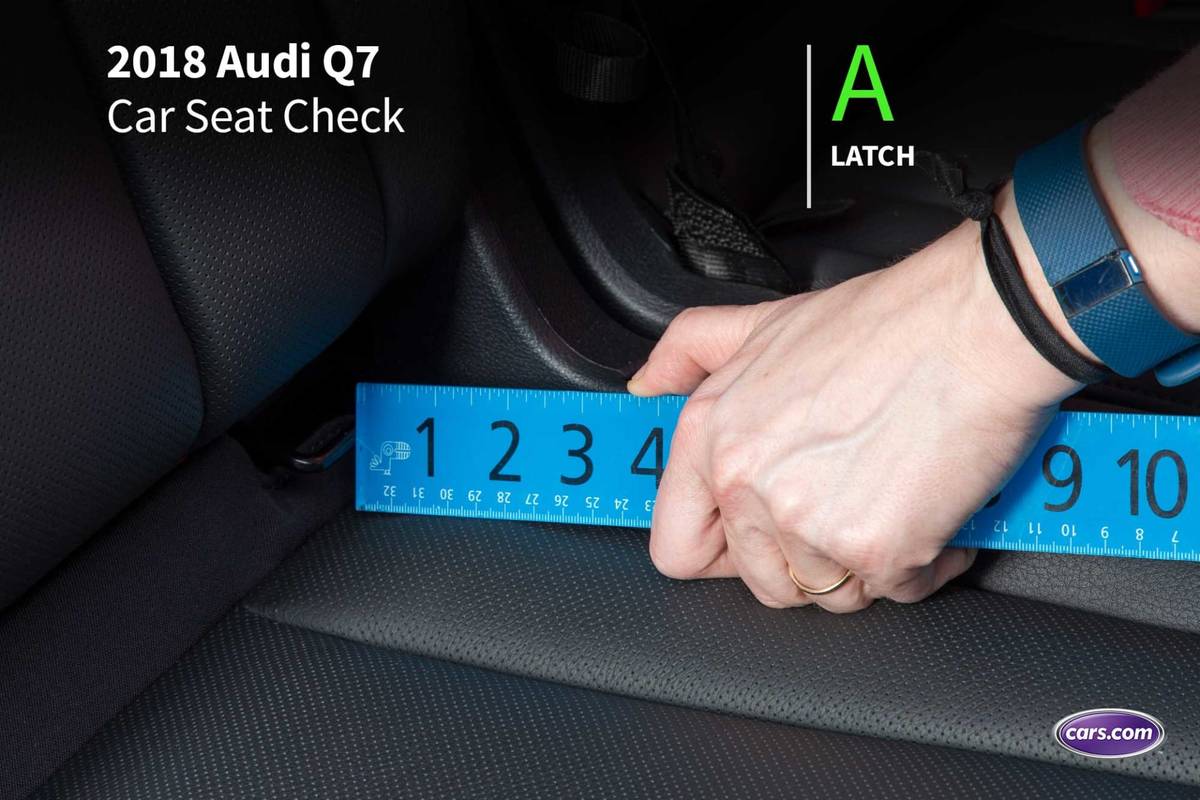 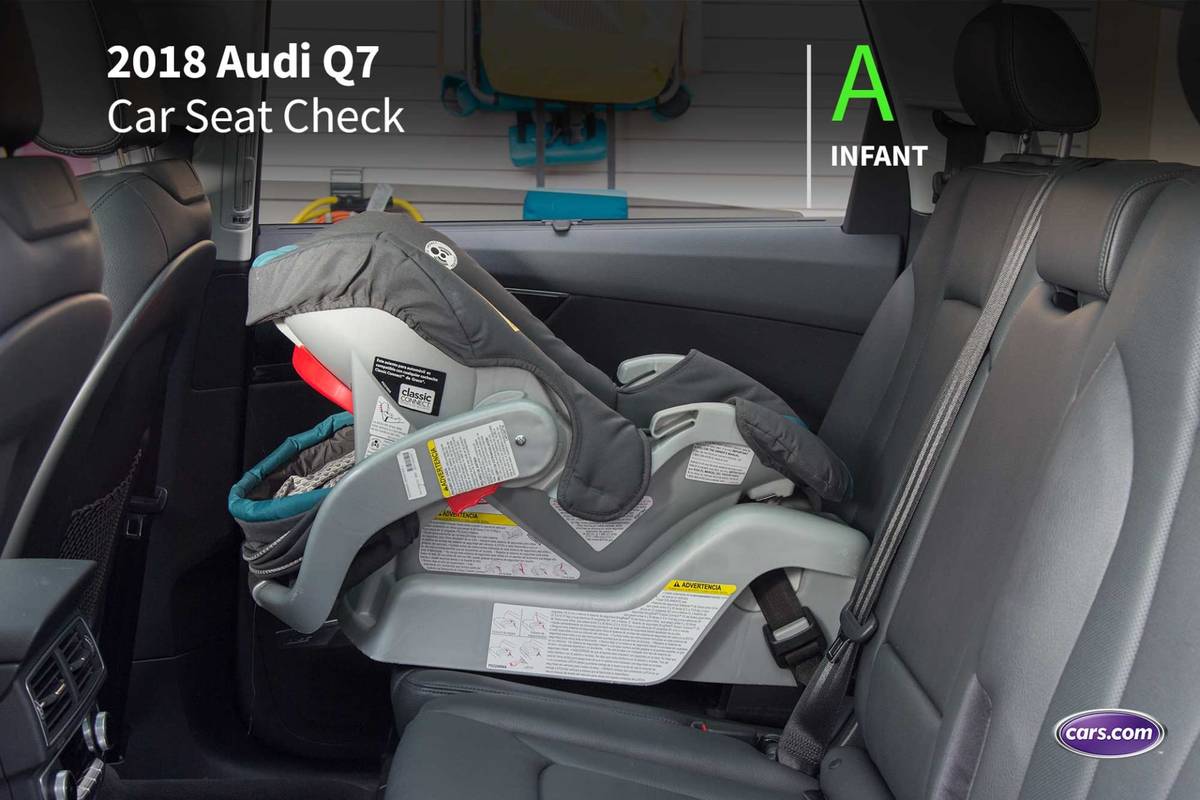 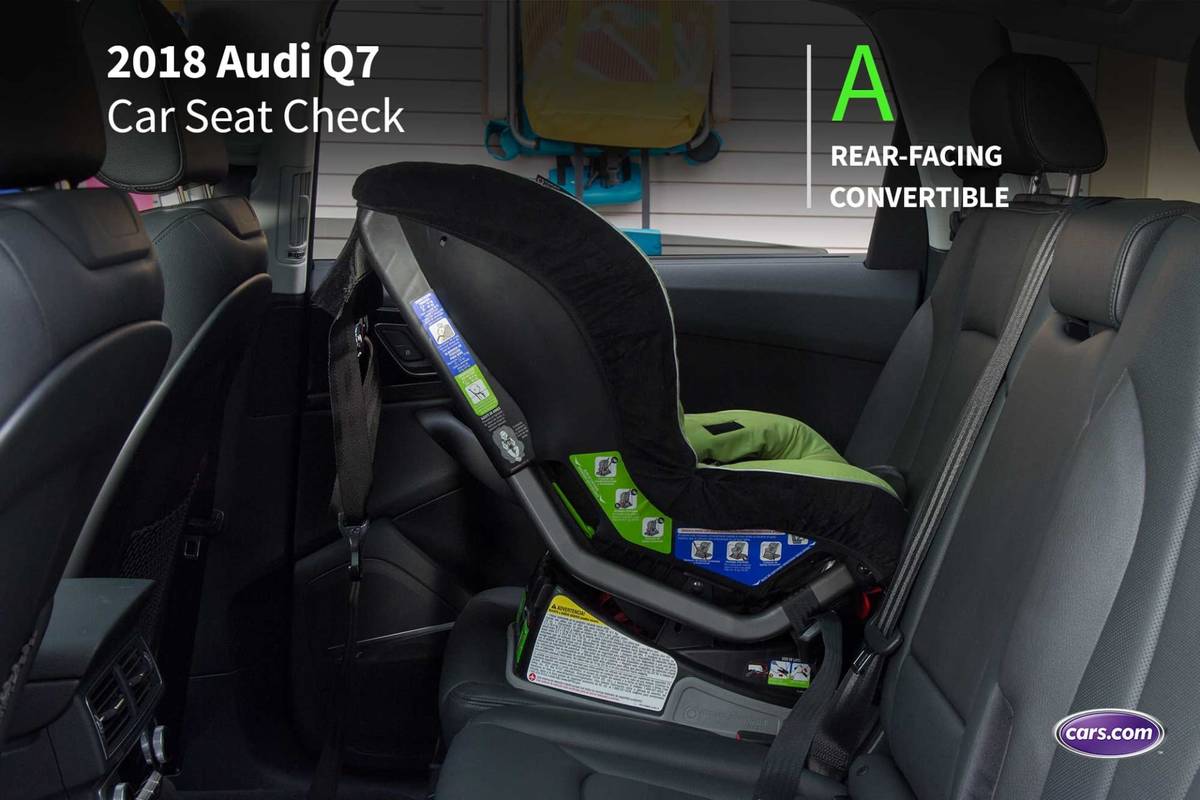 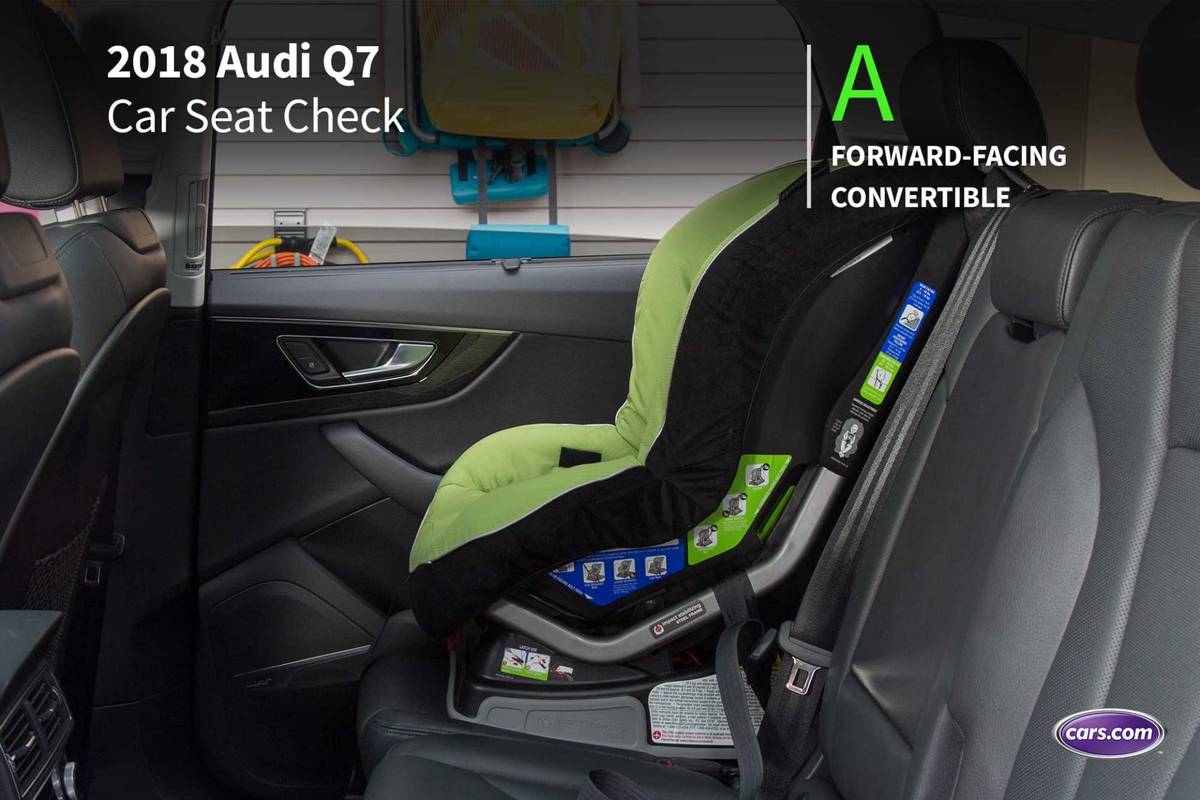 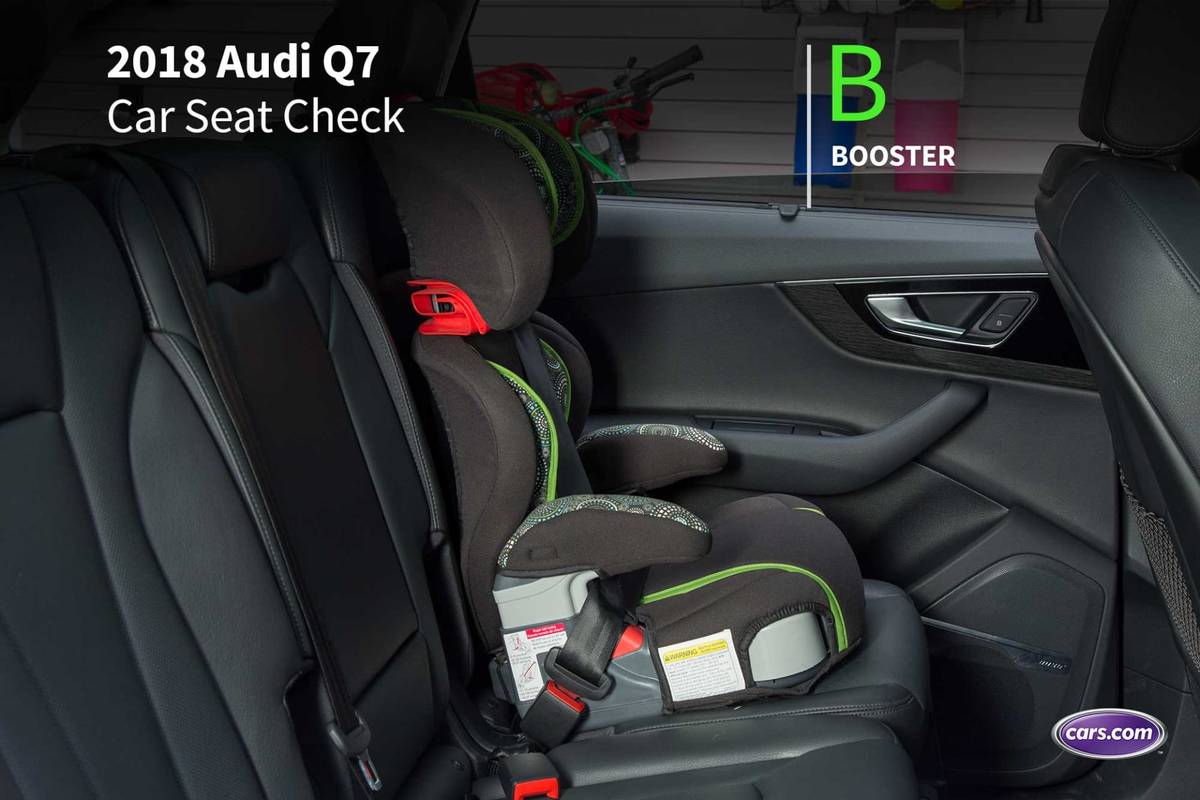 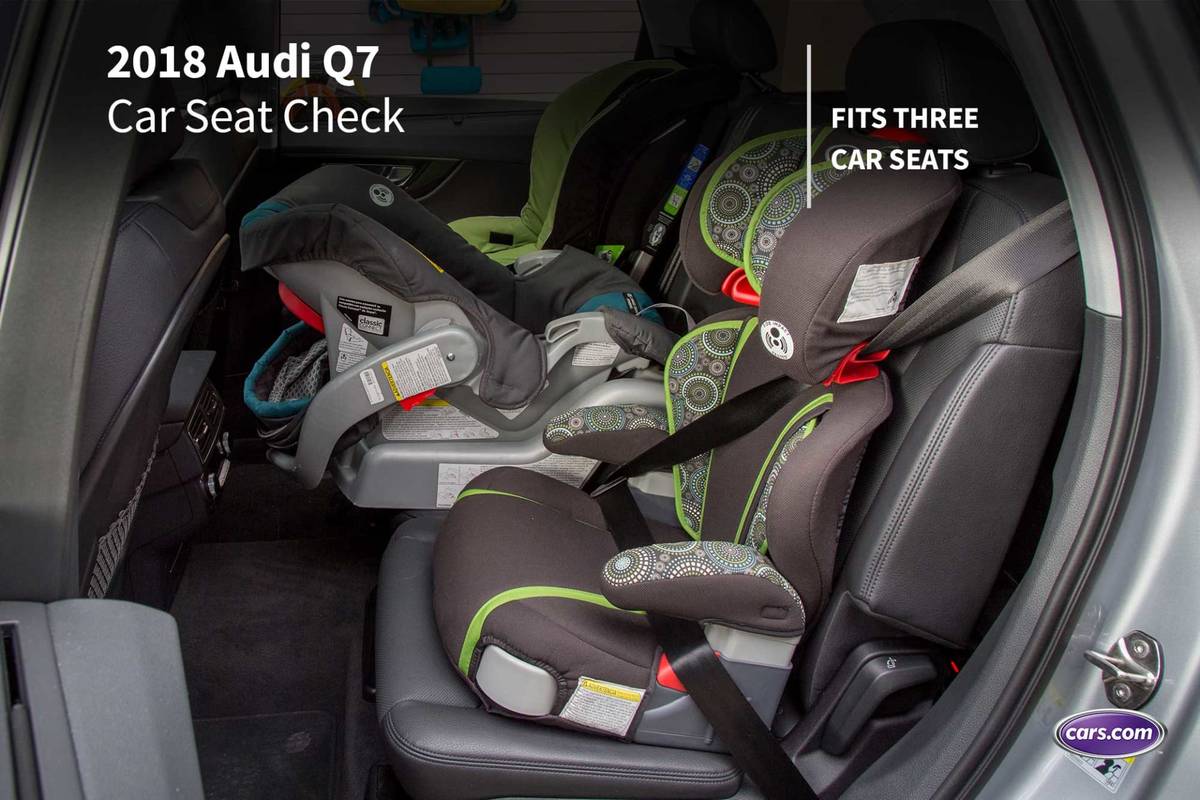 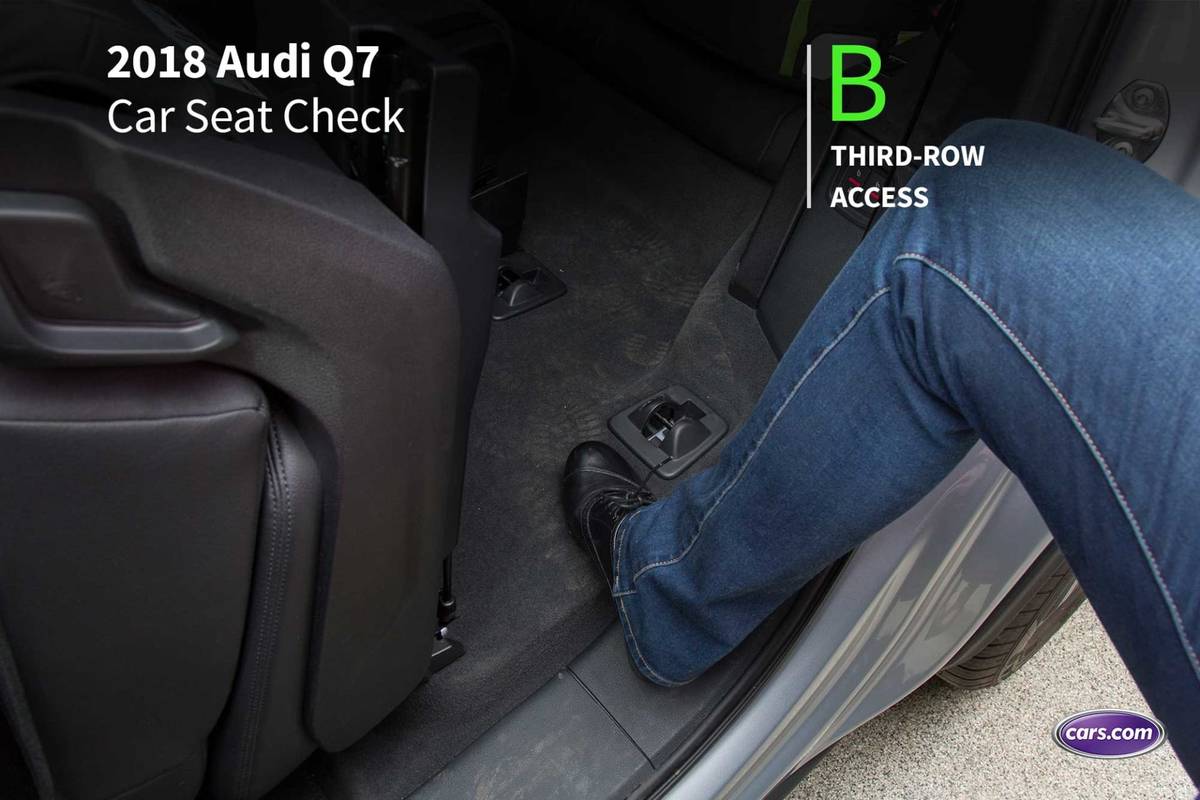 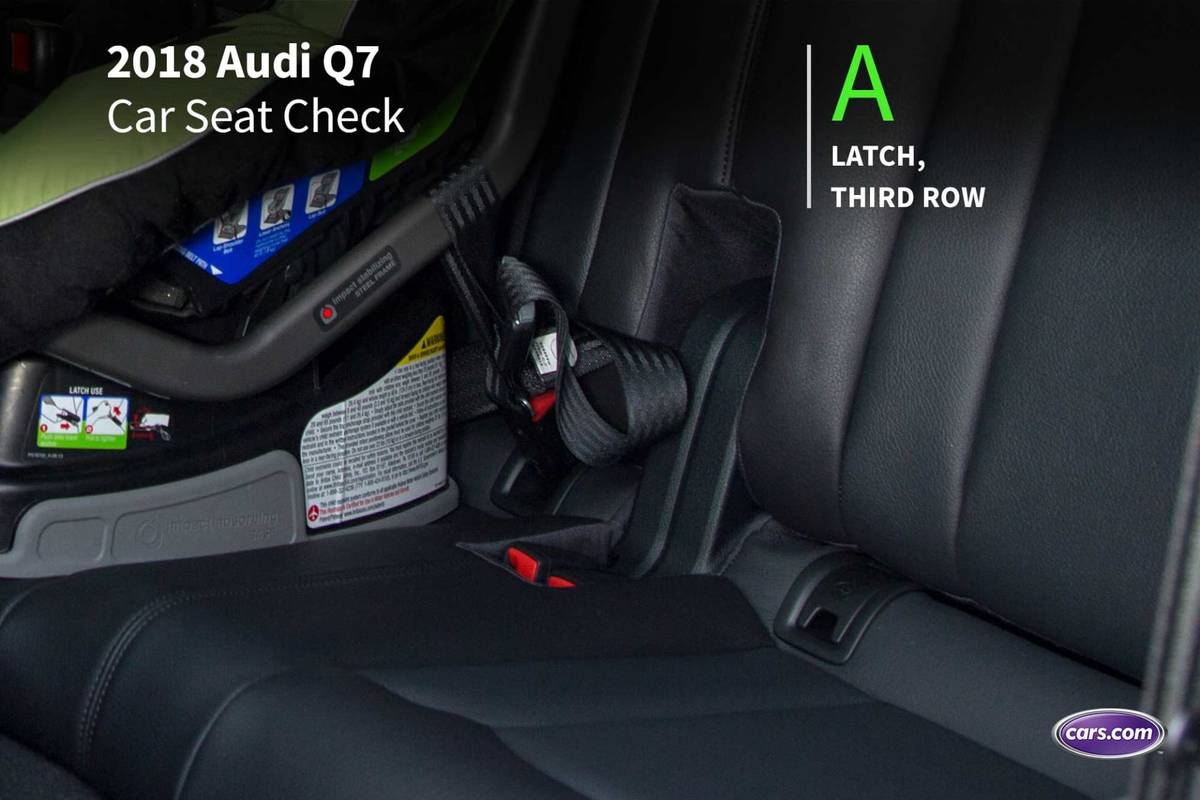 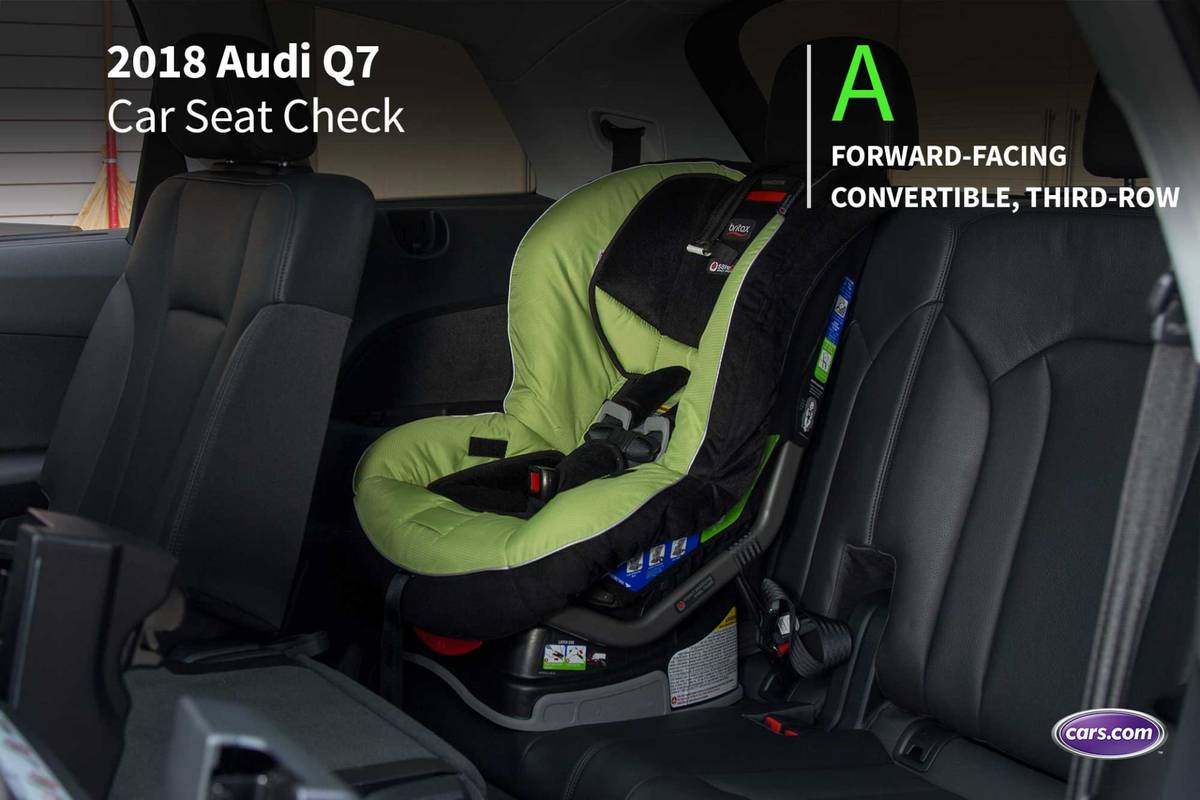 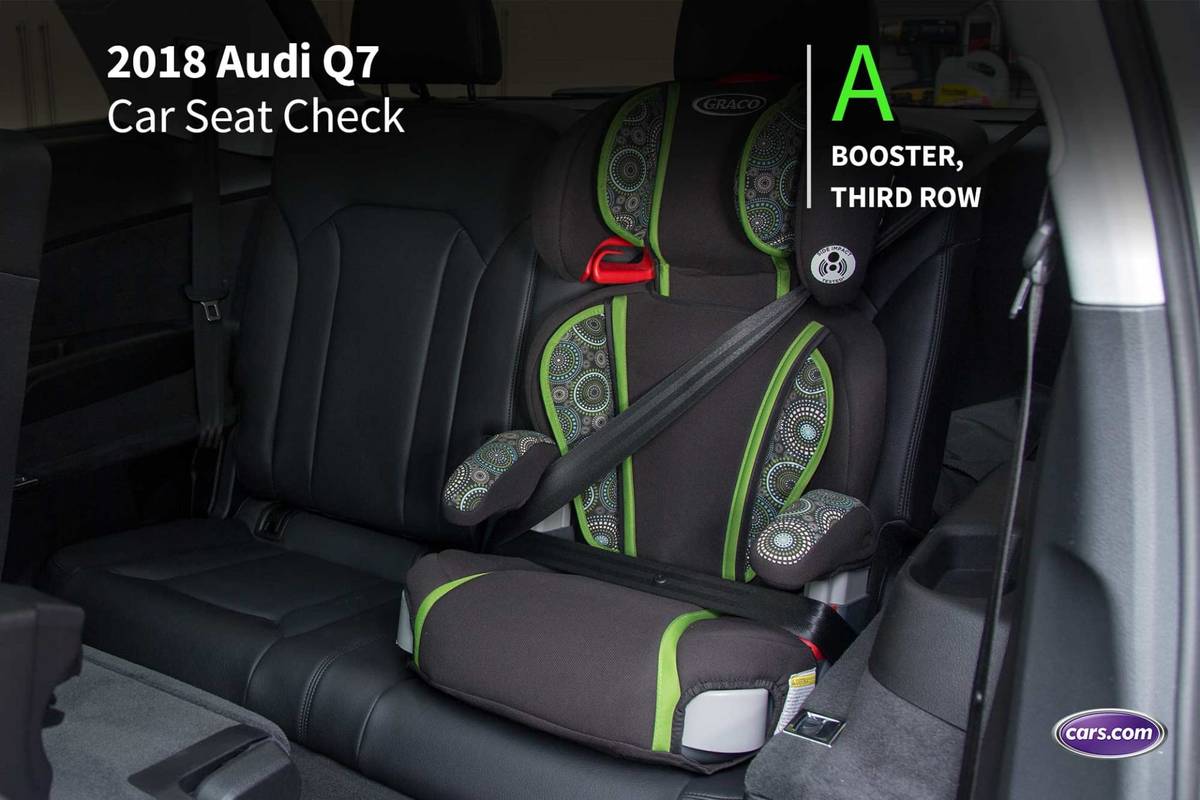 Editor’s note: This Car Seat Check was written in April 2016 about the 2017 Audi Q7. Little of substance has changed with this year’s model. To see what’s new for 2018, click here, or check out a side-by-side comparison of the two model years.

The redesigned 2017 Audi Q7 is a seven-seat luxury SUV that should please most families. With its redesign, legroom in the second row increased by 1.7 inches, an impressive amount, and it easily can hold three child-safety seats across. The third row, however, remains the same as its predecessor with 29.2 inches of legroom. This space is best left to younger kids in booster seats or tweens; teens with long limbs won’t be willing to sit in the wayback for longer drives.