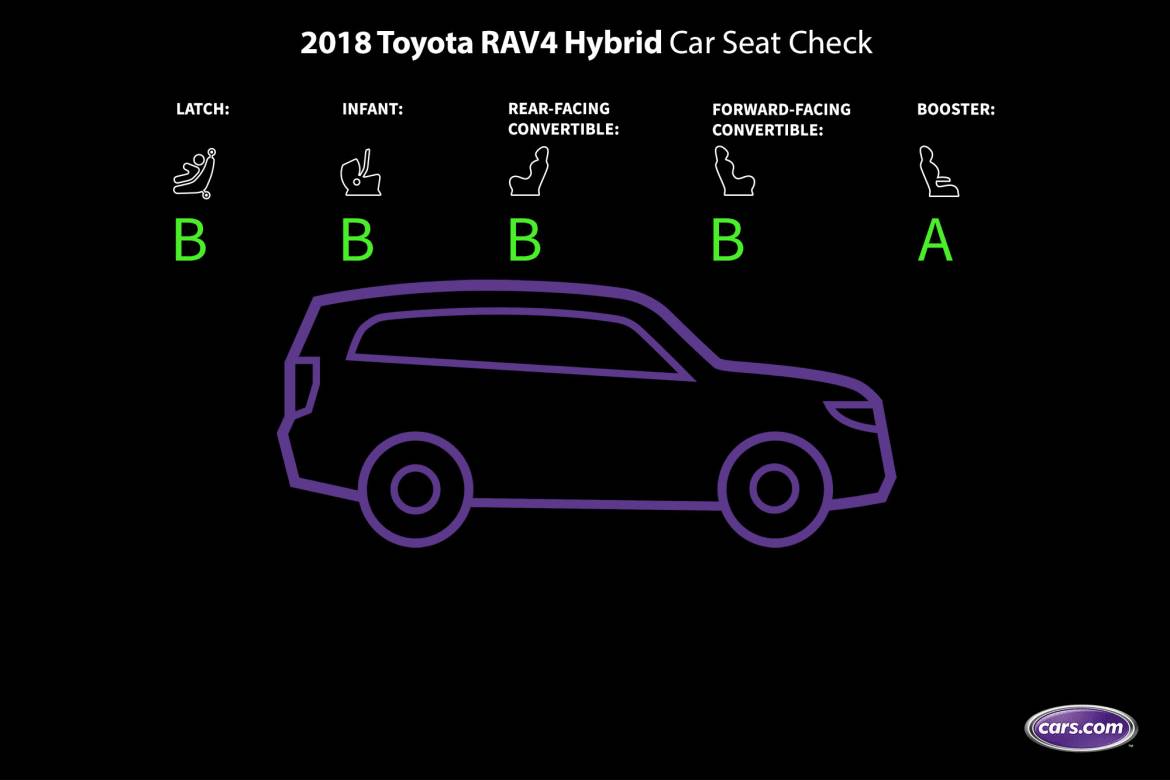 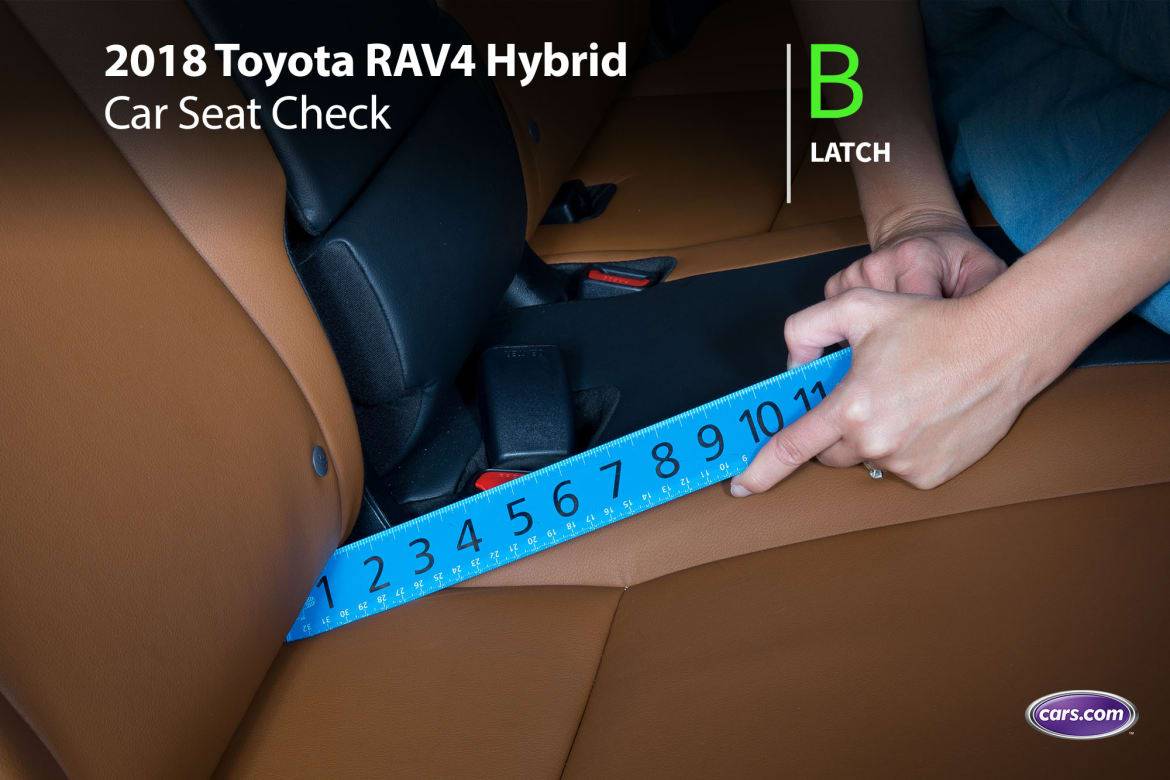 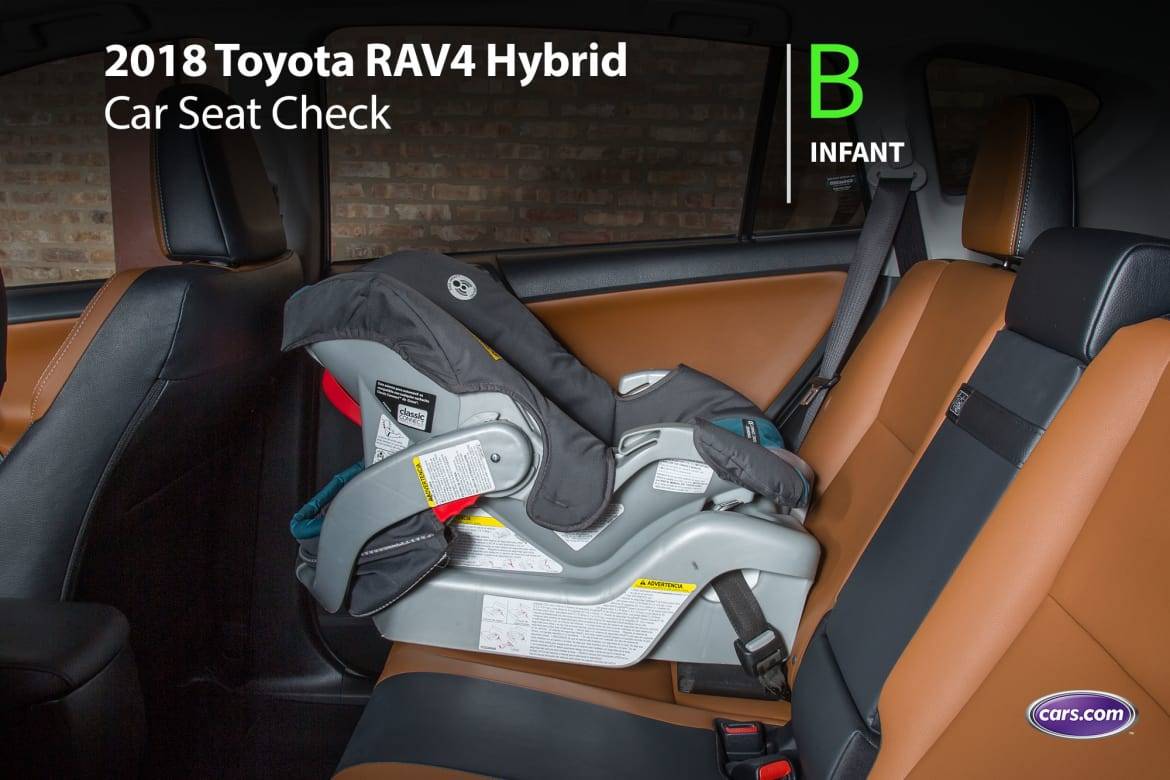 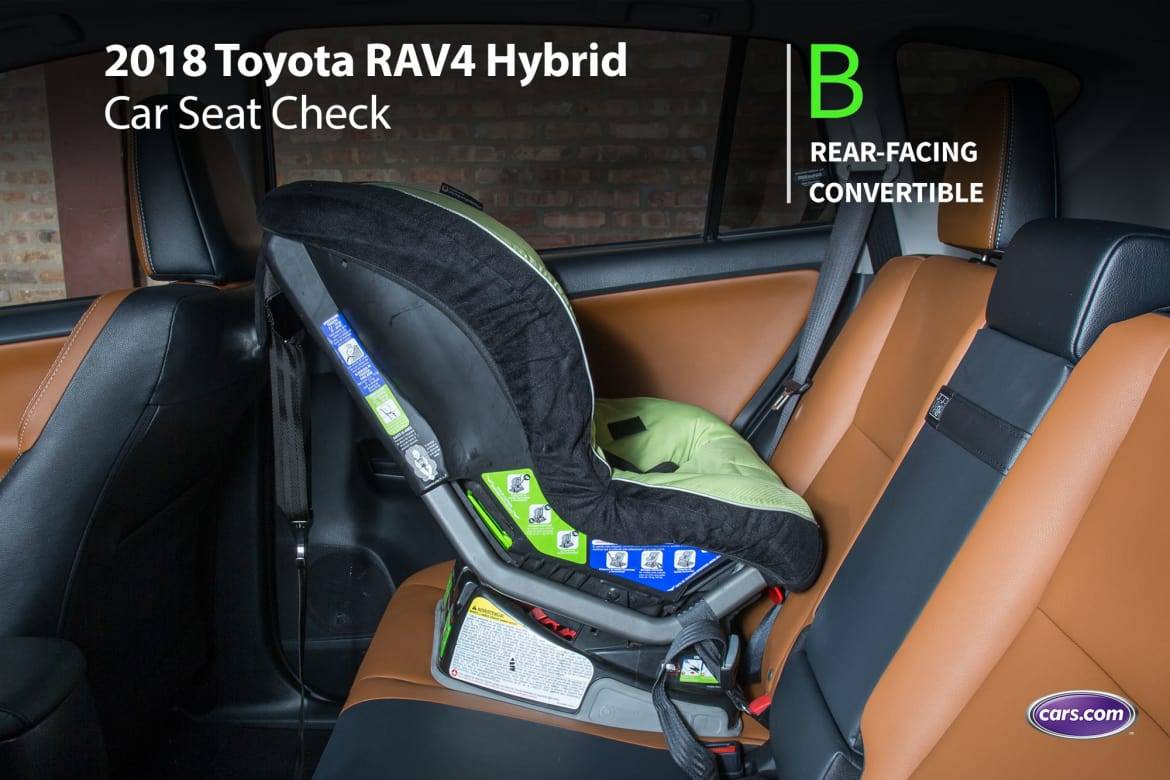 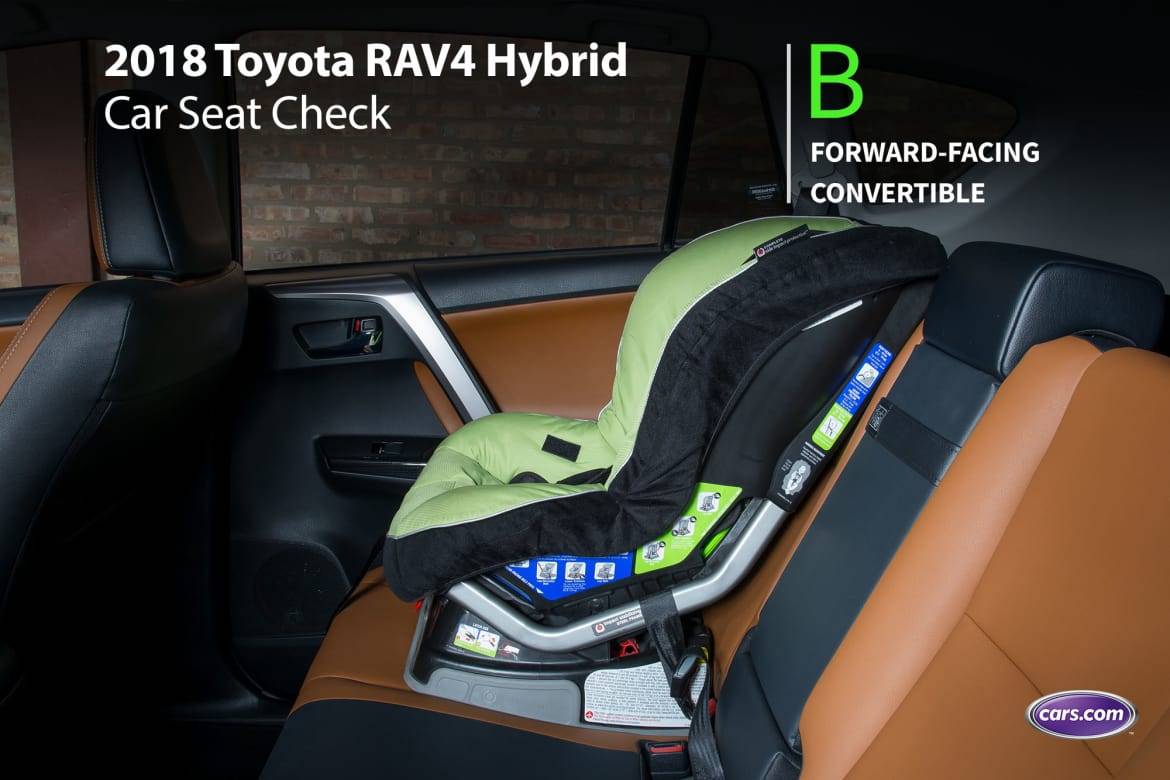 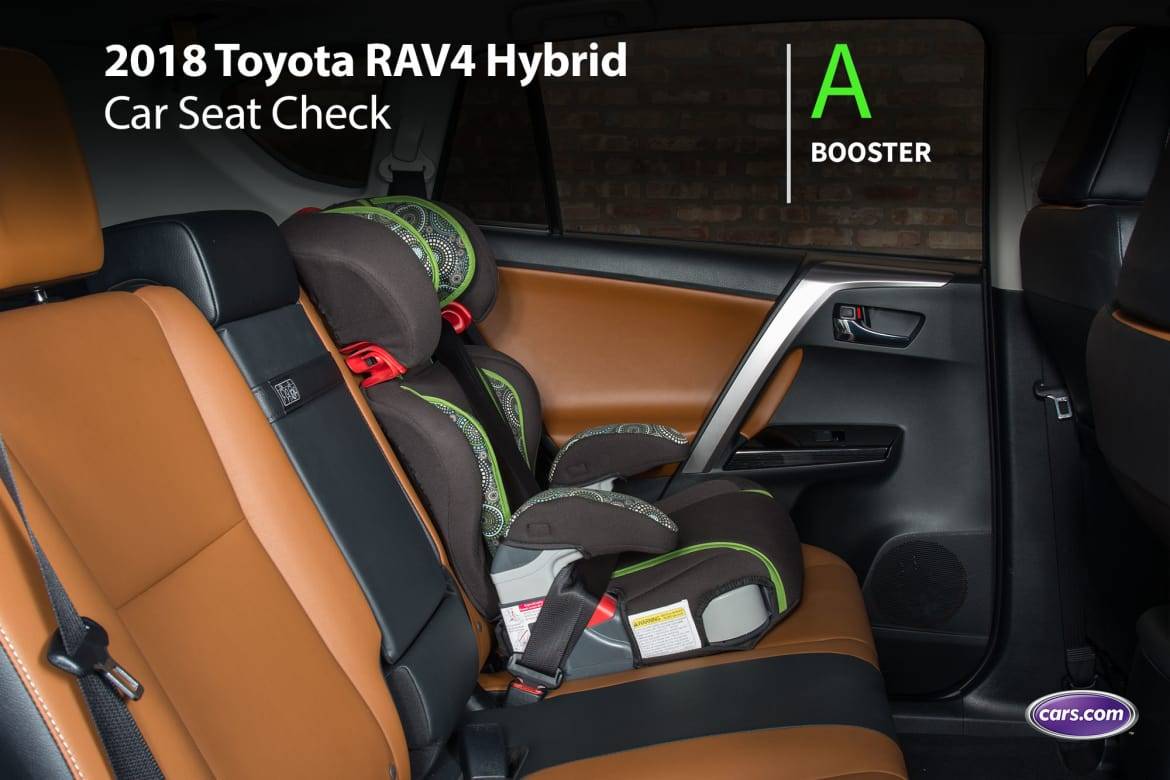 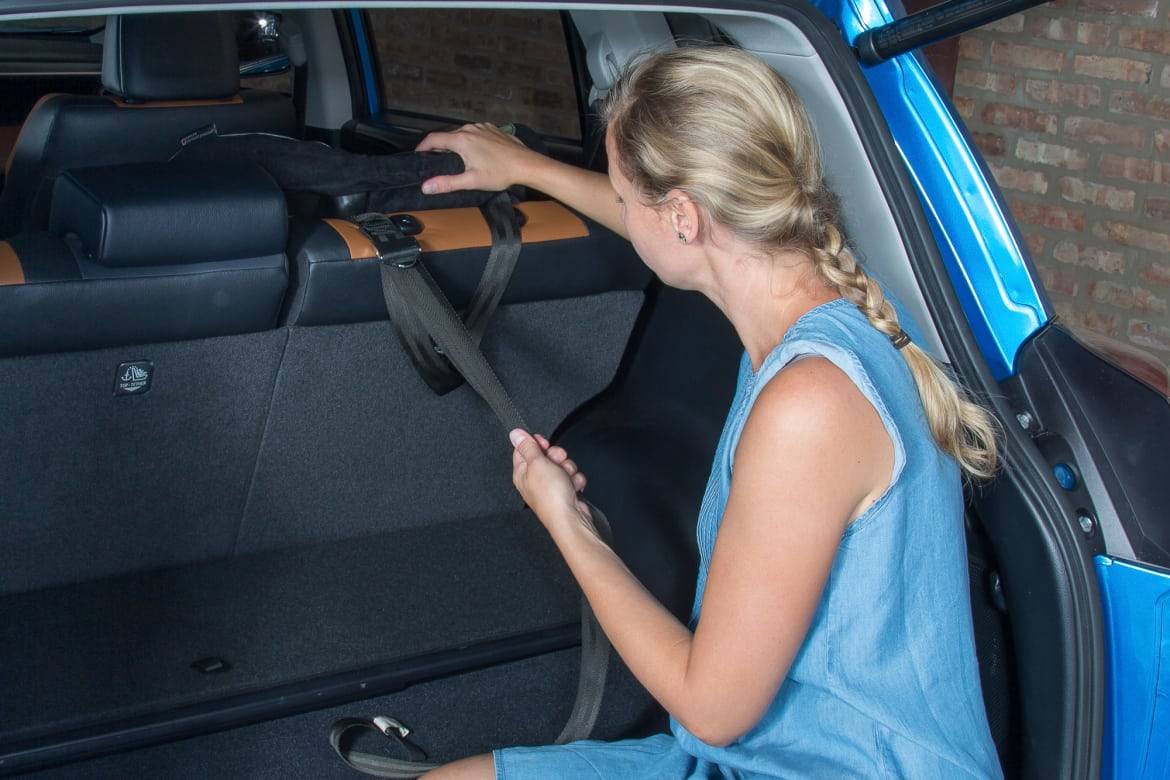 Editor’s note: This Car Seat Check was written in September 2017 about the 2017 Toyota RAV4 Hybrid. Little of substance has changed with this year’s gas or hybrid models. To see what’s new with the RAV4 for 2018, click here, or check out a side-by-side comparison of the two model years.

Toyota lightly updated its popular RAV4 compact SUV for 2016, but the big news is the addition of a hybrid model to the lineup. The 2017 RAV4 Hybrid offers the same legroom as the regular Toyota RAV4 version but slightly less cargo room. While it’s a win over the regular car’s model in terms of fuel economy, it earned weak marks in our Car Seat Check due to its stiff imitation leather seats; buried Latch anchors complicated connection.