Q: How quickly does the Tesla Model S’ battery charge?

A: The Model S electric car offers a choice of lithium-ion battery packs, a standard 60-kilowatt-hour battery or a more expensive, more powerful 85-kwh unit. How long it takes to recharge a depleted battery depends on whether the Model S has one or two onboard chargers and the source of the electricity.

Tesla says the 60-kwh battery provides a range of up to 232 miles (the EPA pegs it at 208 miles), and the 85-kwh battery (a $10,000 option) provides up to 300 miles (the EPA puts it at 265 miles). Here are some examples for recharging times: With a single onboard charger plugged into a standard 110-volt outlet, Tesla says you will get 5 miles of range for every hour of charging. From zero to 300 miles would take about 52 hours at that rate. With a single onboard charger connected to a 240-volt outlet, which Tesla recommends, the pace can reach speeds up to 31 miles of range for each hour of charging, meaning a full 300-mile charge takes less than 9.5 hours.

This maximum charge rate from an outlet requires a 240-volt circuit with 40 amps of current. (Adapters allow the supplied charging cord, called a Mobile Connector, to be used with multiple 240-volt outlets [as well as 120 volts], but the charge rate is slower with lower-amp circuits at this voltage.)

Step up to twin chargers in the car and connect to a 240-volt, 90-amp high-power wall charger (an extra-cost charging unit called a Wall Connector, not just a 240-volt line) and the charging speed zooms to 62 miles of range per hour, and the total charging time drops to less than 4 hours, 45 minutes.

Because Teslas require this additional Wall Connector hardware only for the fastest home charging — and don’t rely on external Level 2 chargers — Model S owners can recharge where many electric vehicles cannot. Conversely, Tesla owners can recharge at public Level 2 stations using an adapter, but the charging speed again depends on how many amps the station provides. Most public charging stations can recharge the Model S at the rate of 22 miles of range per hour of charging.

Really in a hurry? Stop at a Tesla Supercharger station and you can achieve a full charge with 300 miles of range in just an hour, as long as your Model S is configured with Supercharger capability. The high-voltage, direct-current Supercharger system is compelling, but don’t try to buy one for your home. It requires 480 volts to deliver up to 120 kilowatts and would cost too much to justify.

You can learn more about the Model S in our review of the 2012 model, here. When that review was written, Tesla was planning to offer a less-expensive model with a 40-kwh battery, but that model and battery were cut from the lineup. 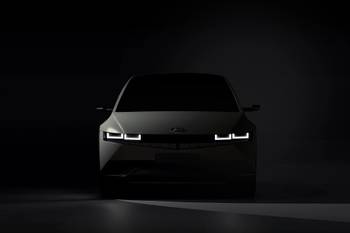 Tesla Drops Base Price for Model 3, Model Y: Here’s What They Now Cost