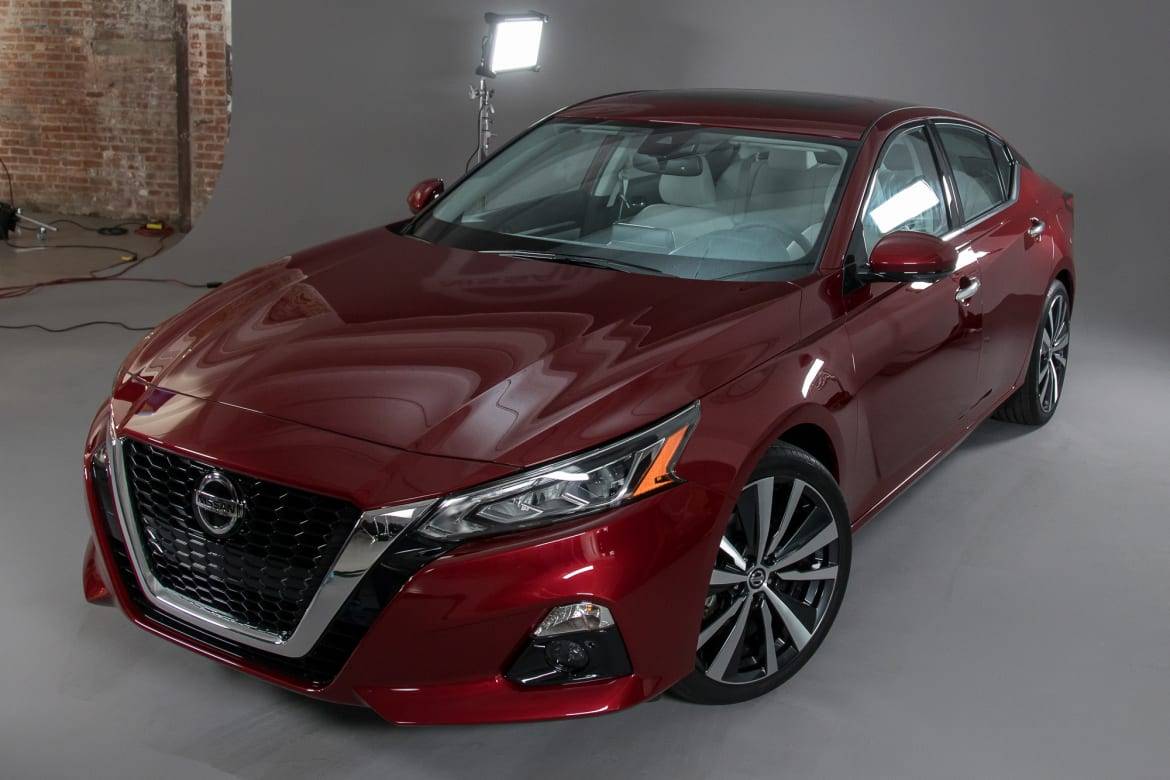 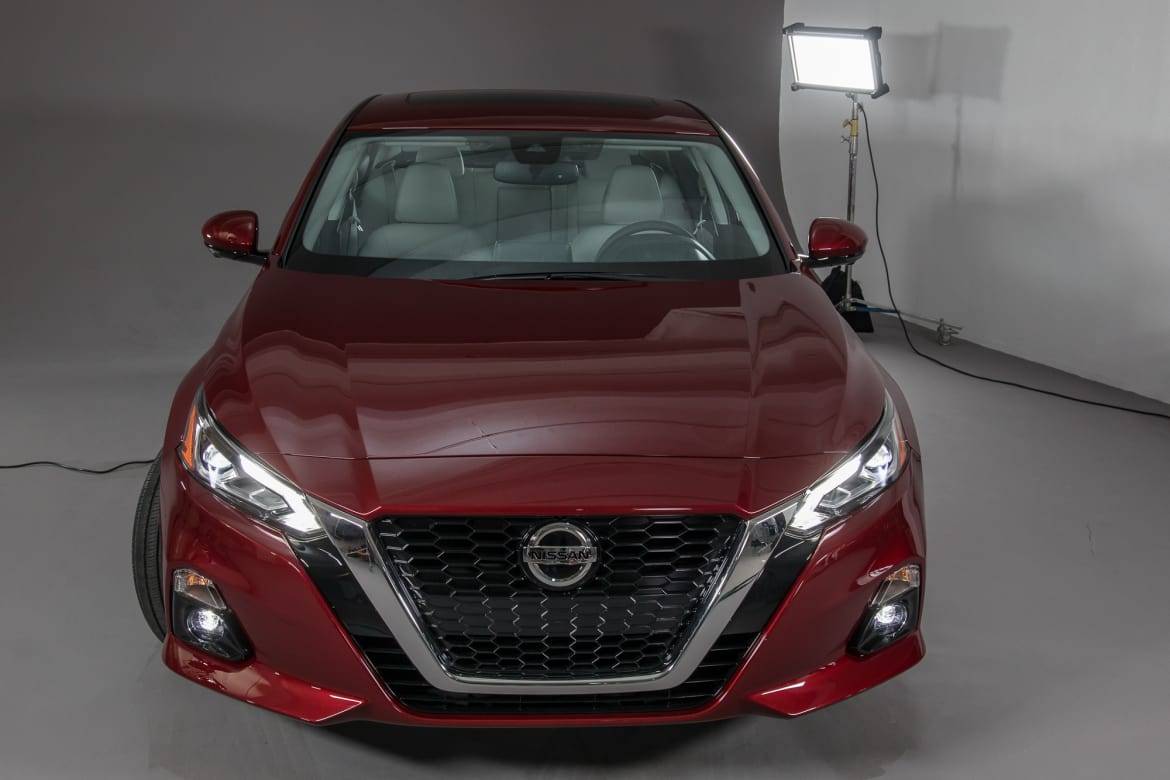 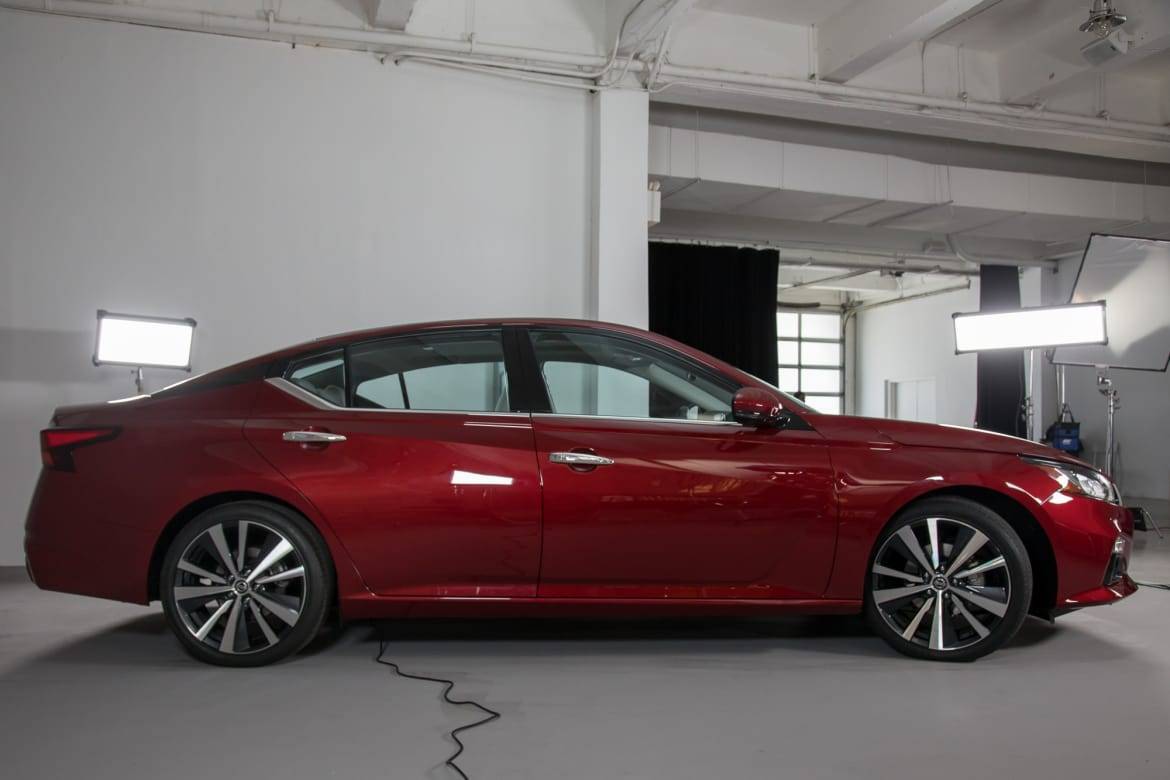 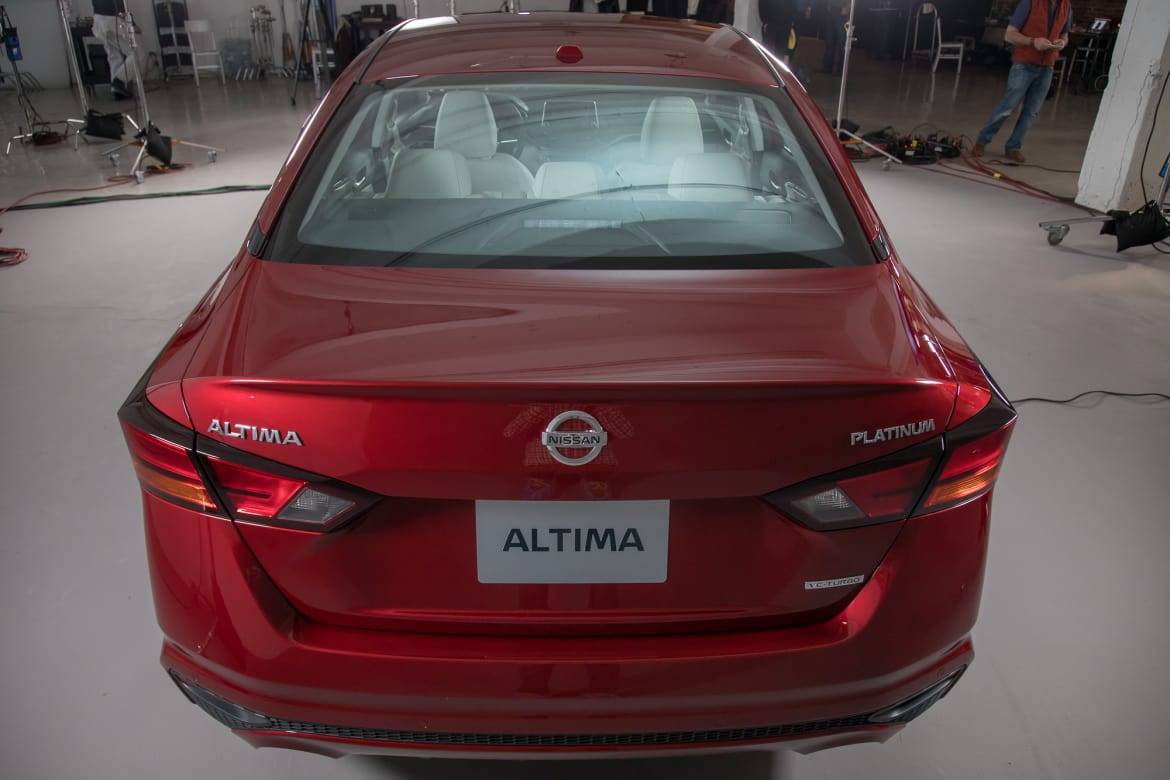 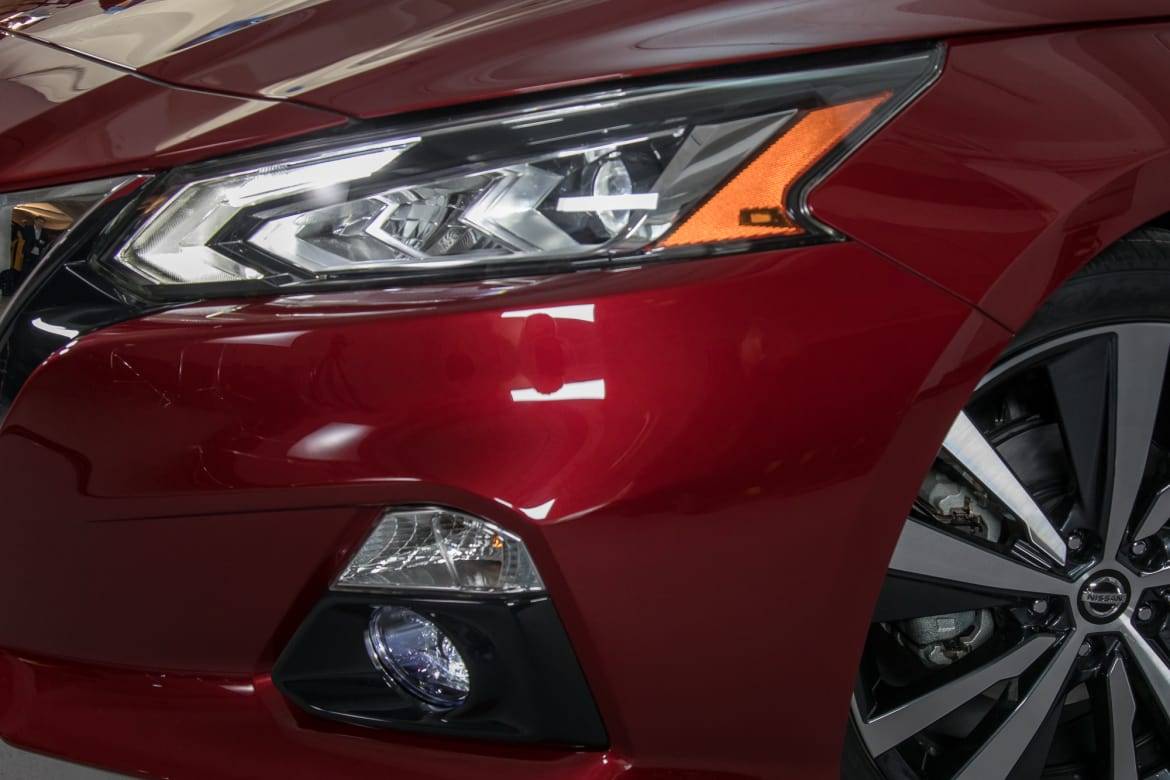 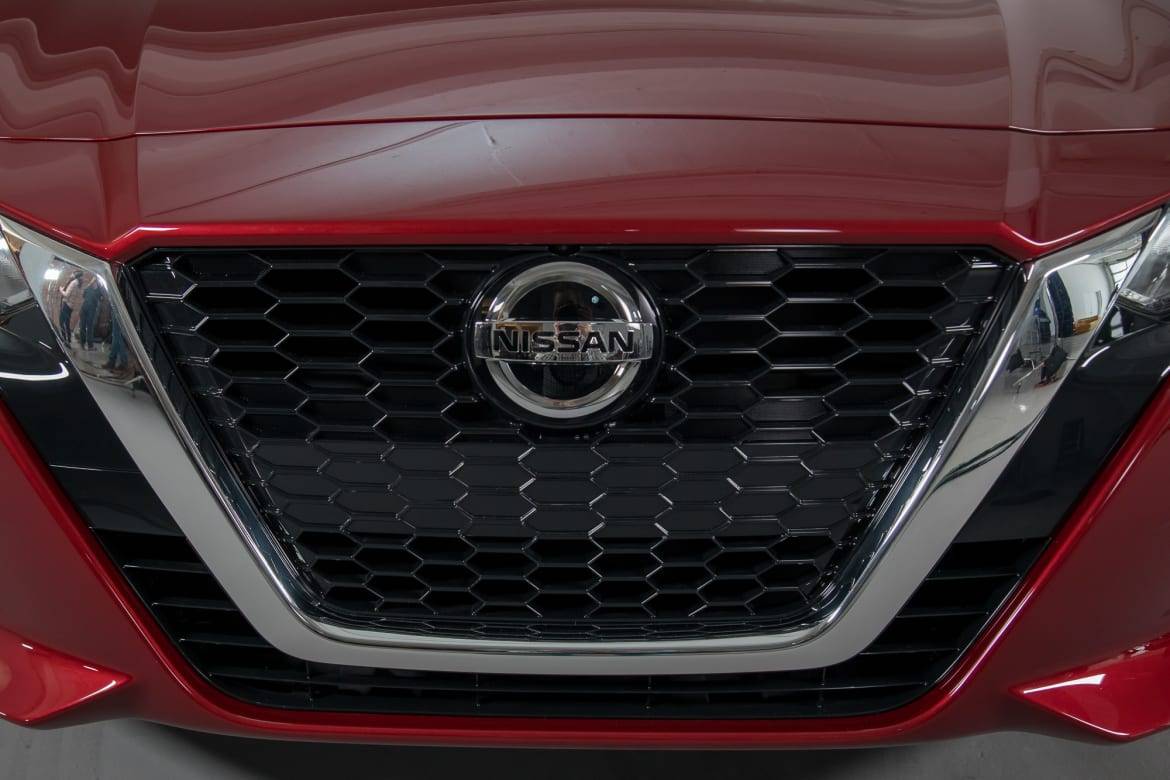 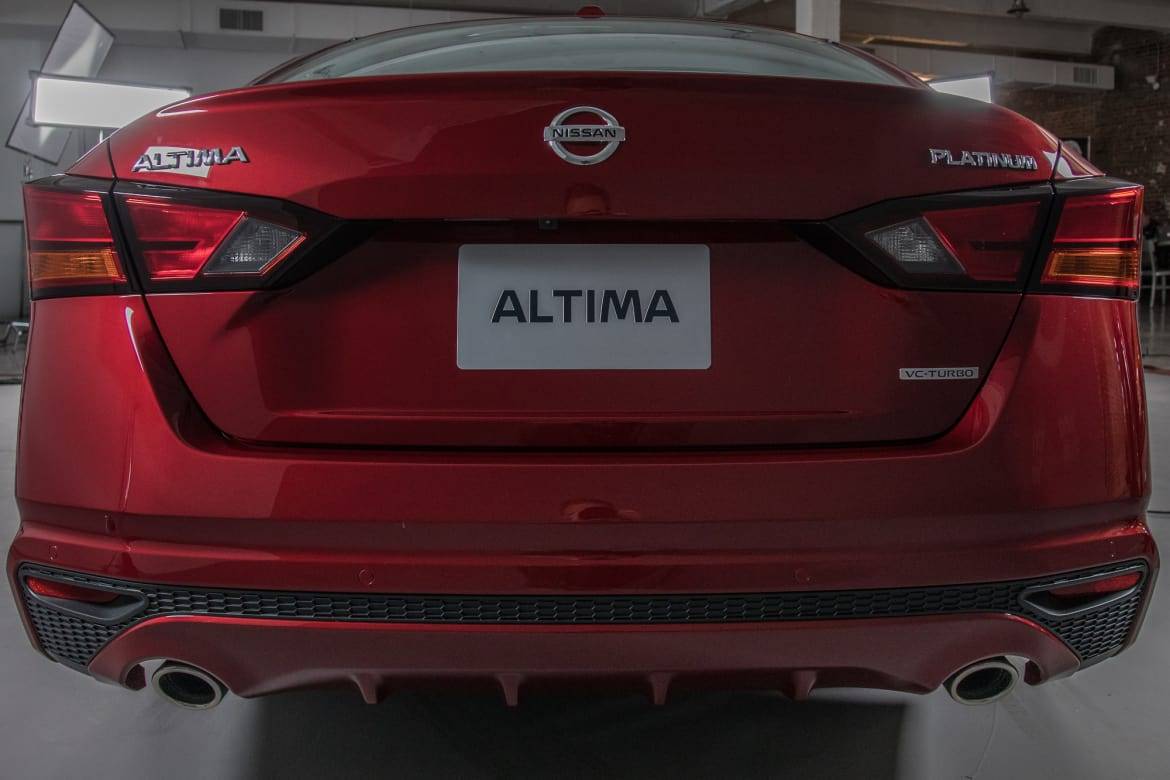 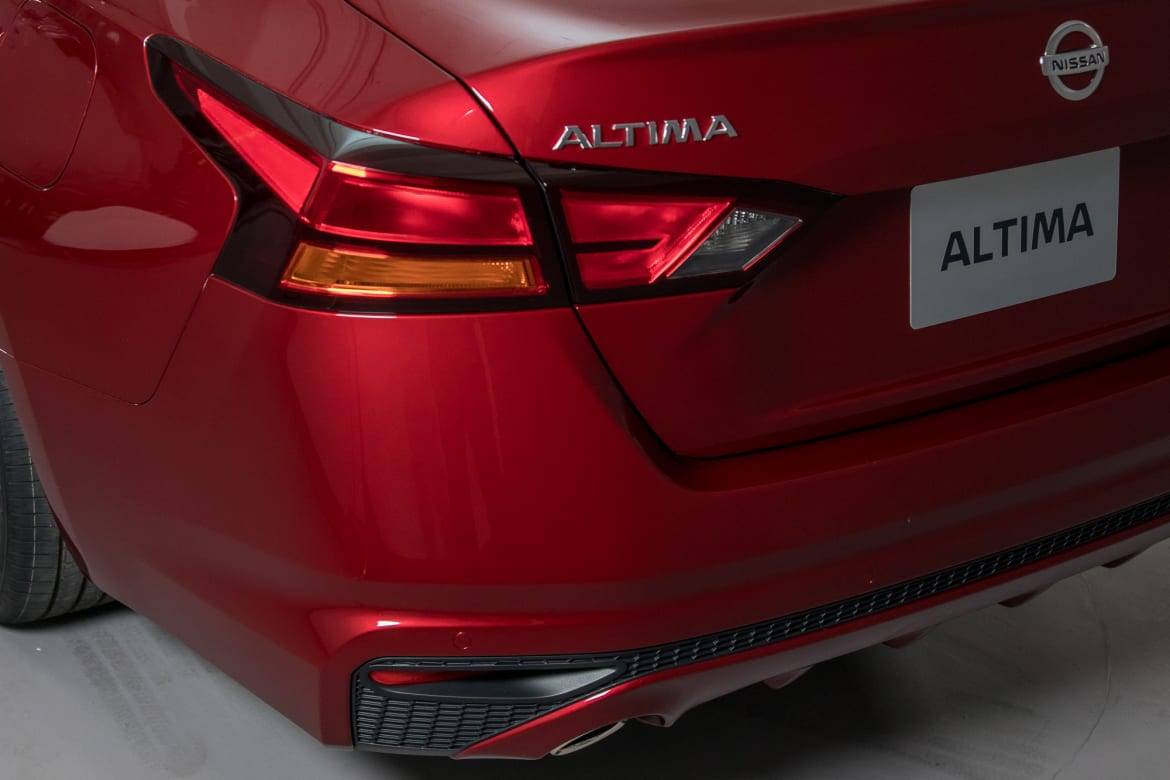 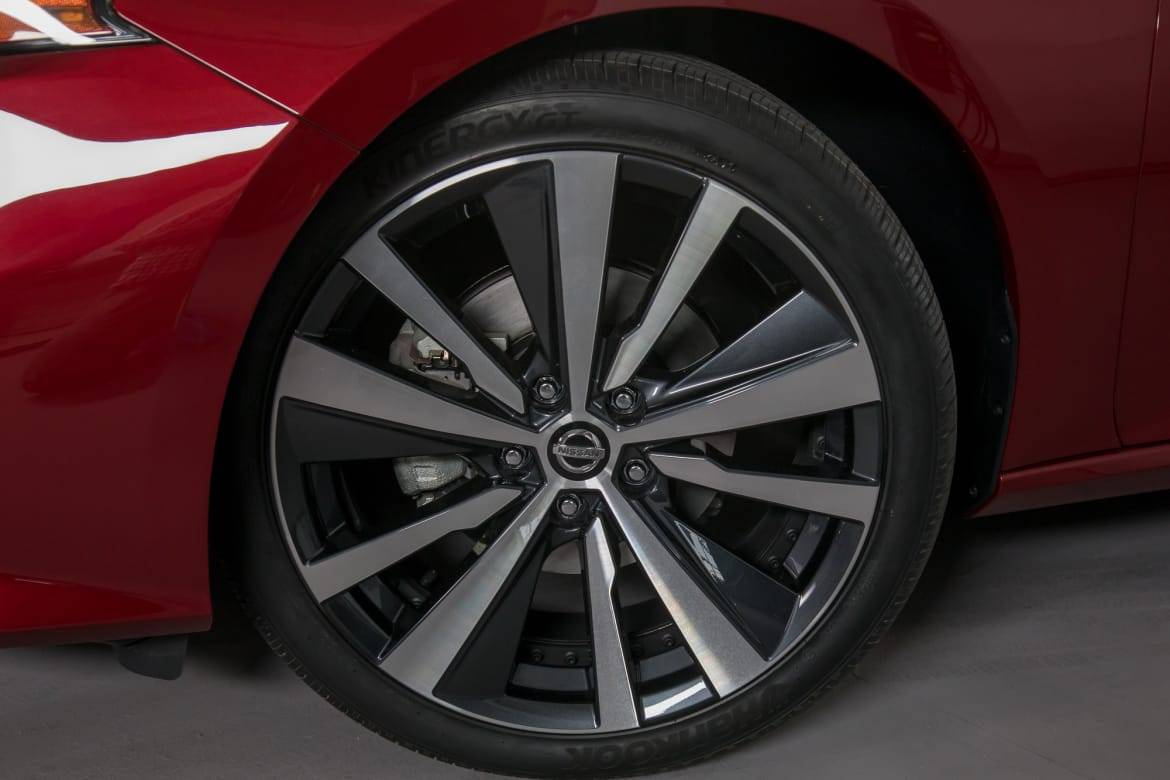 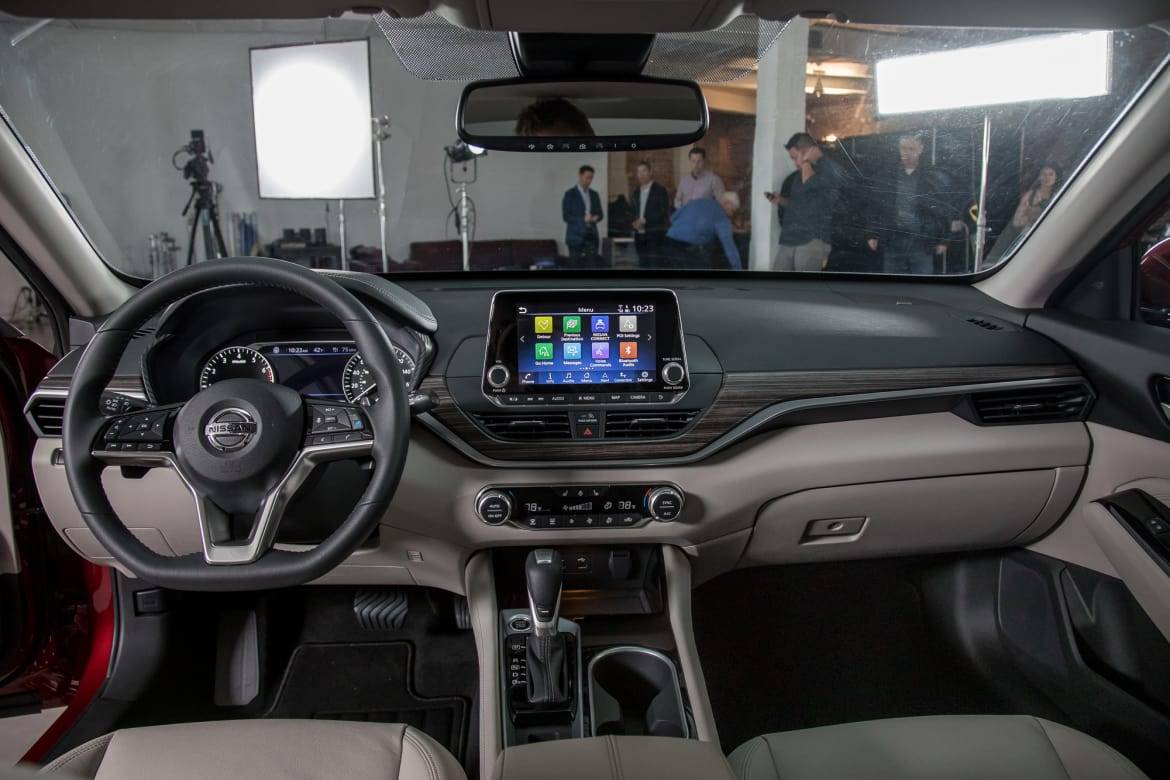 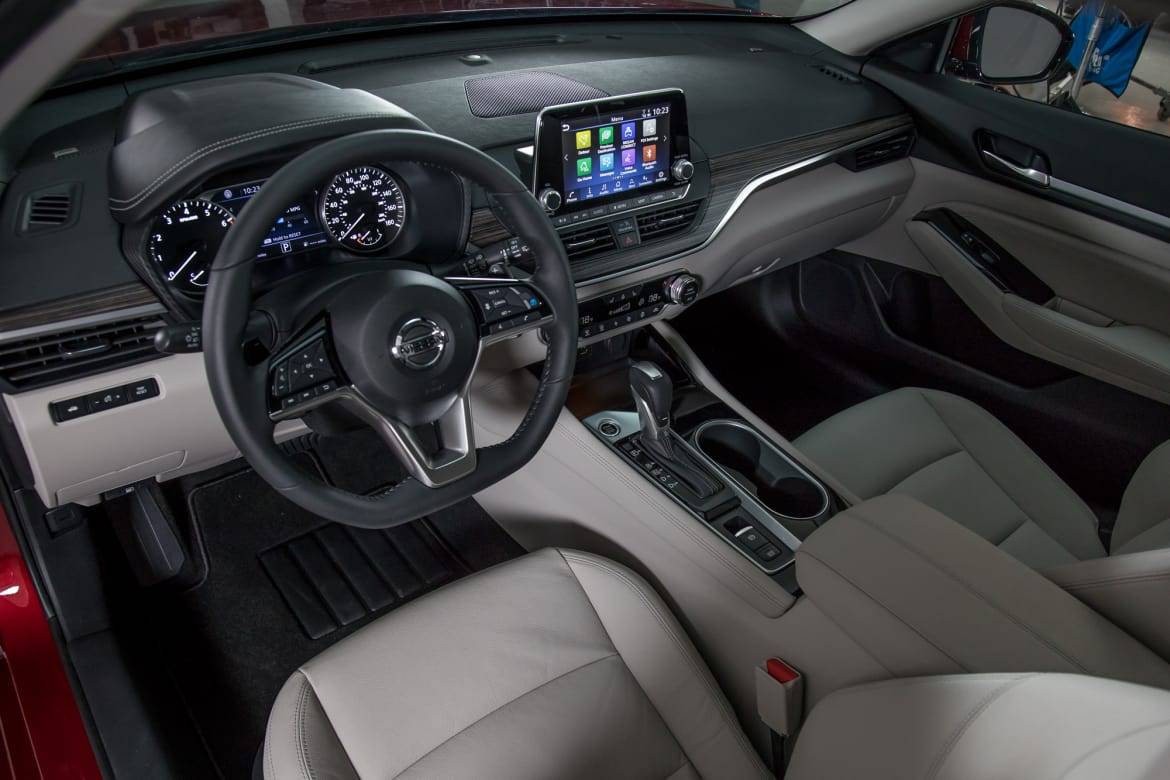 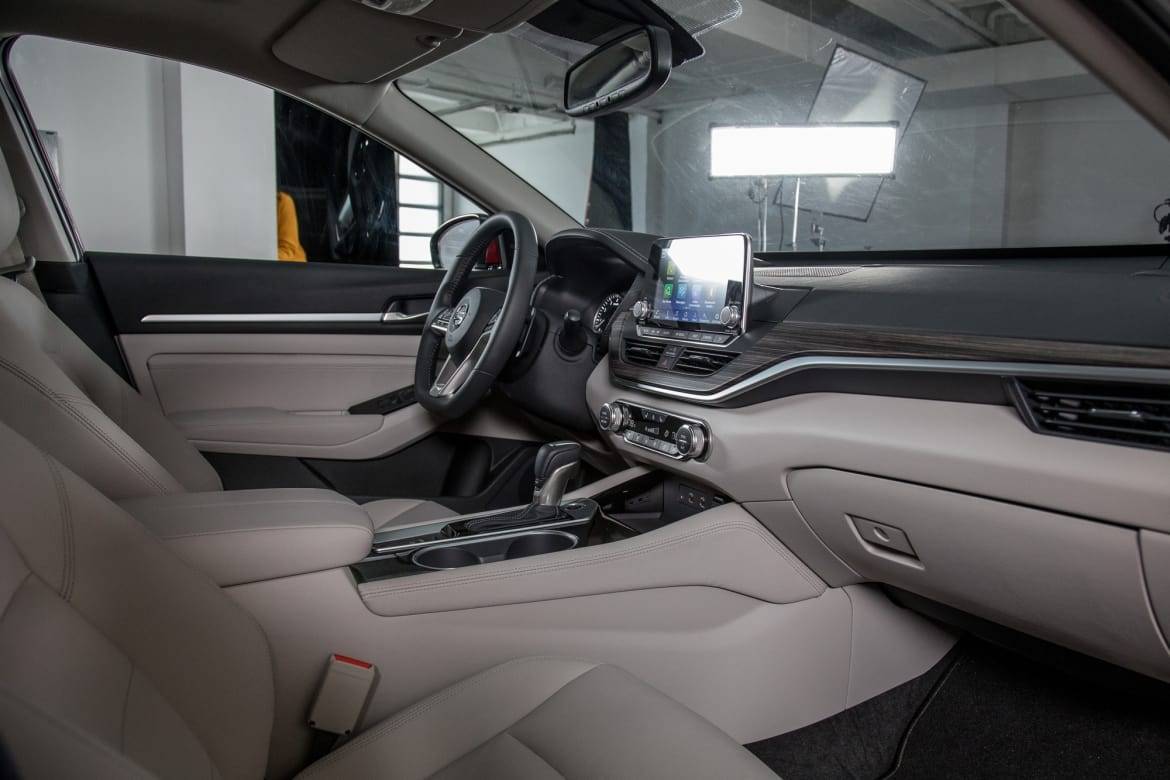 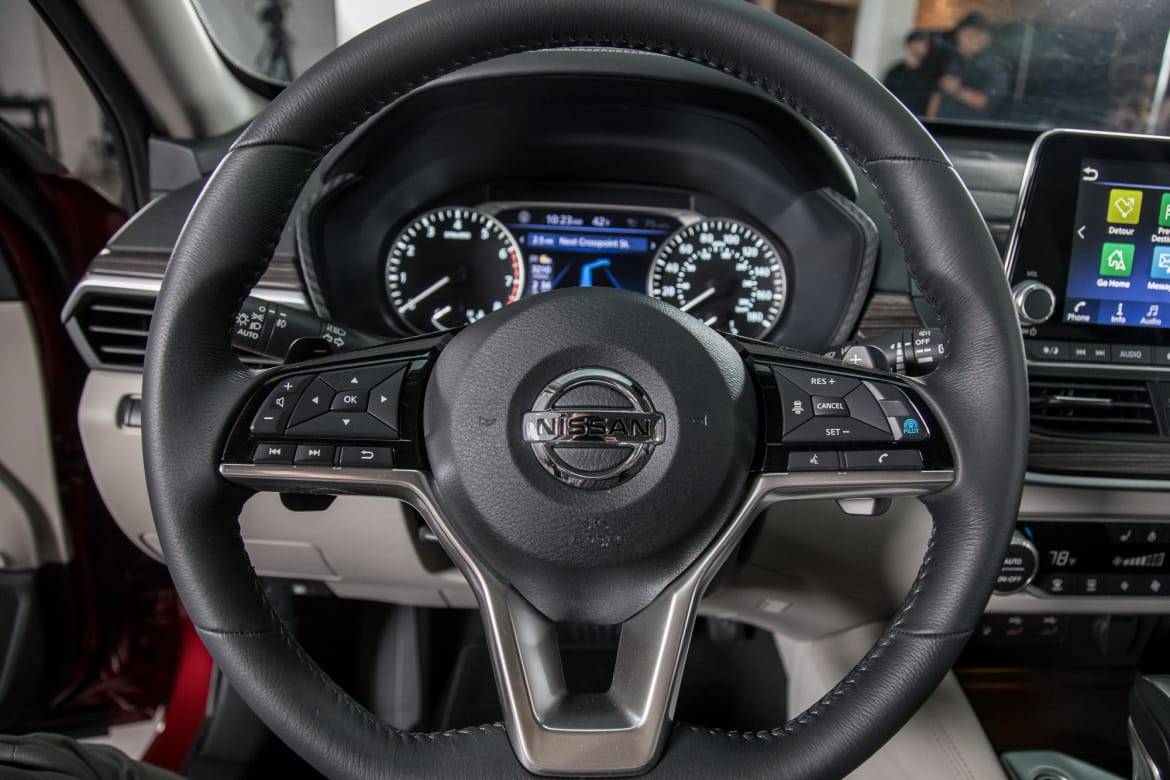 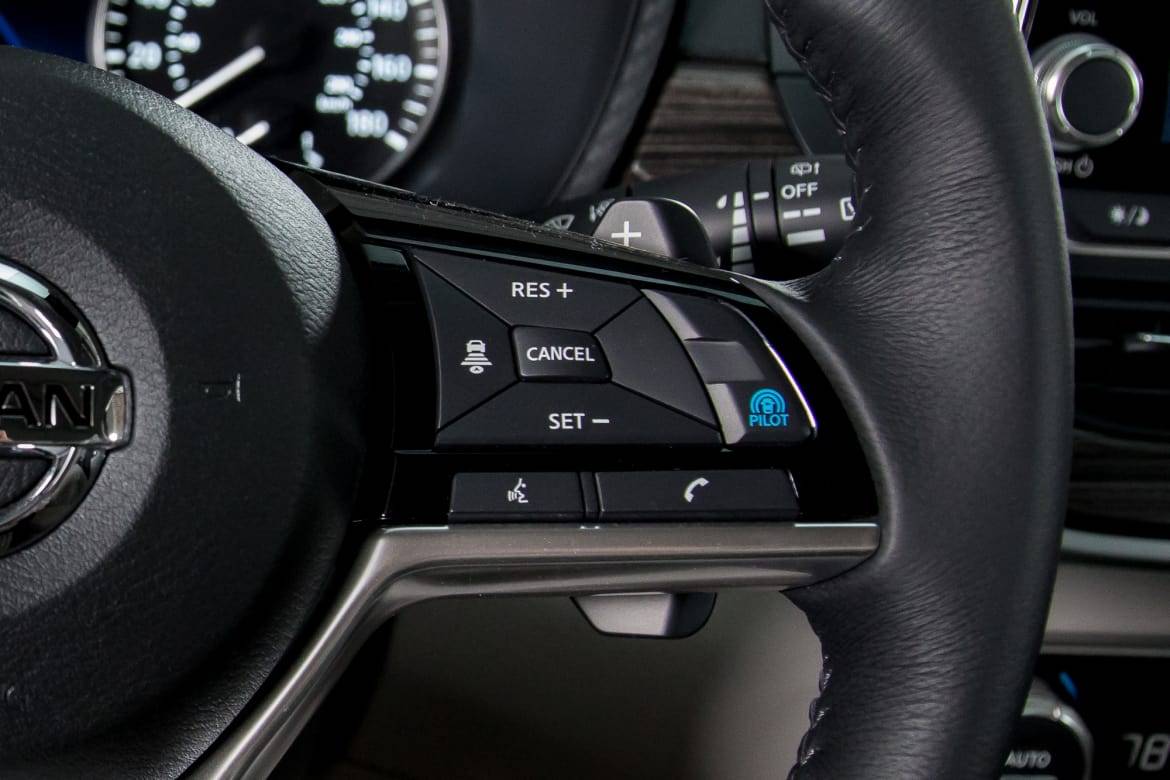 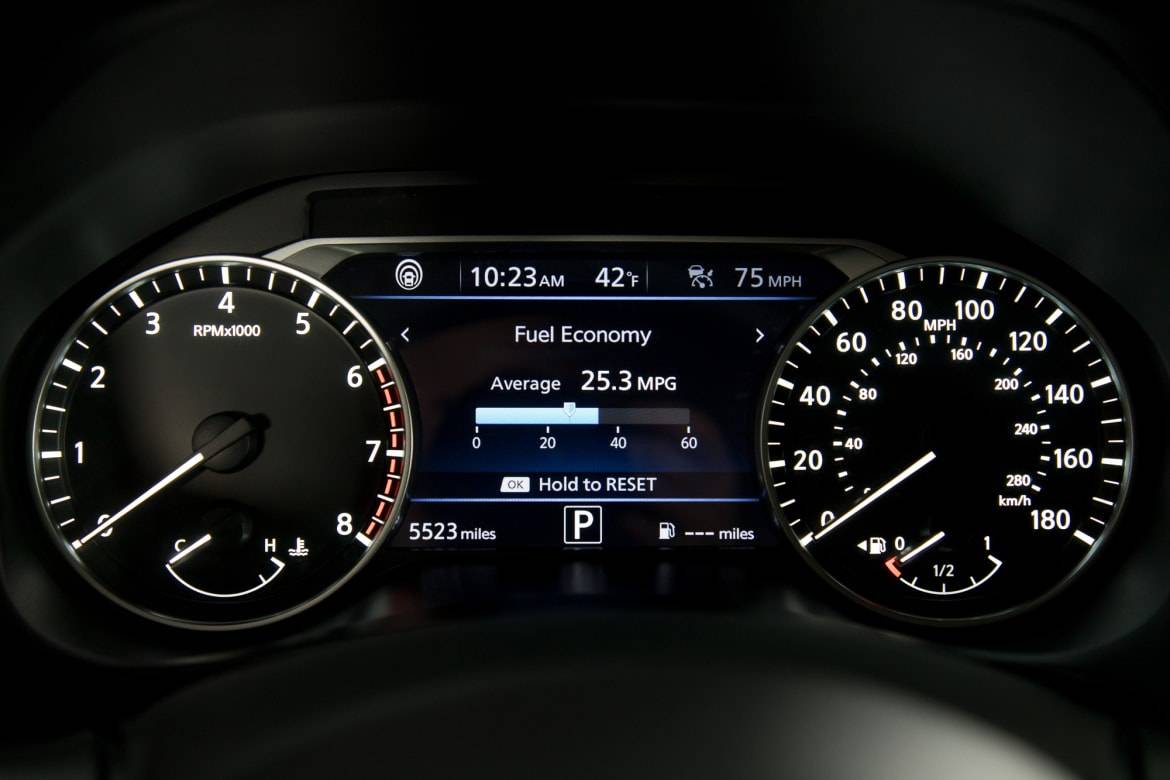 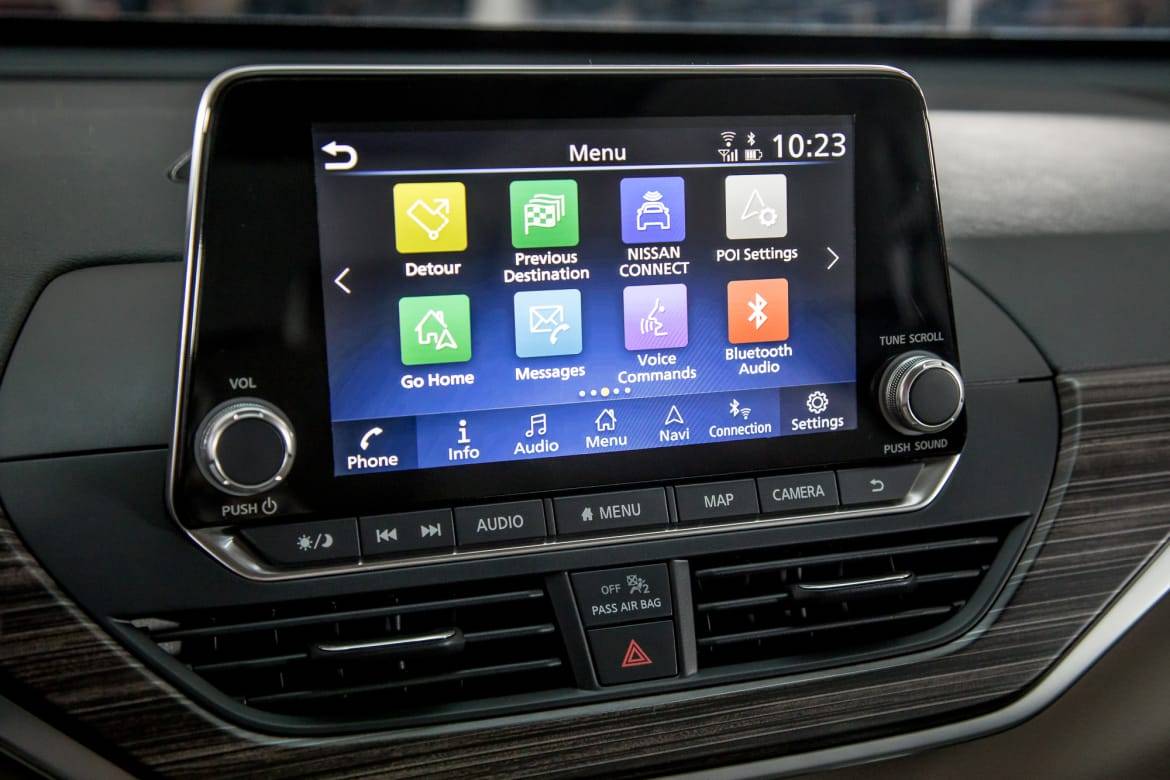 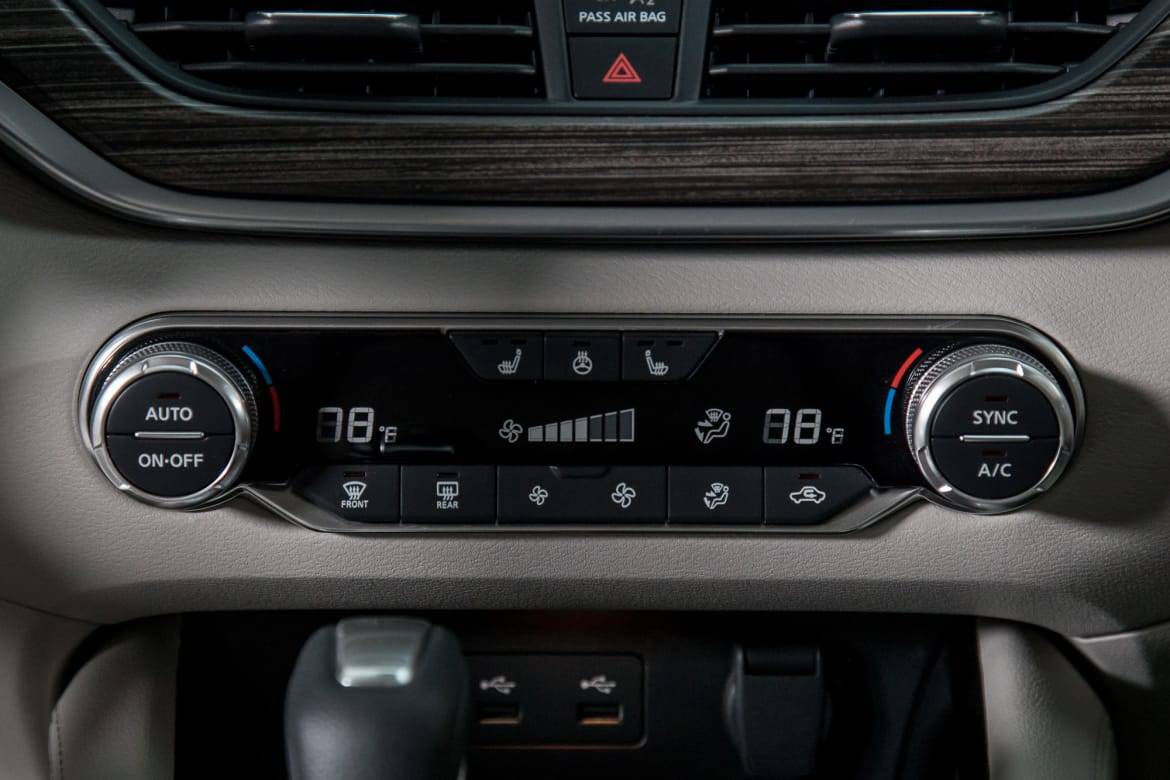 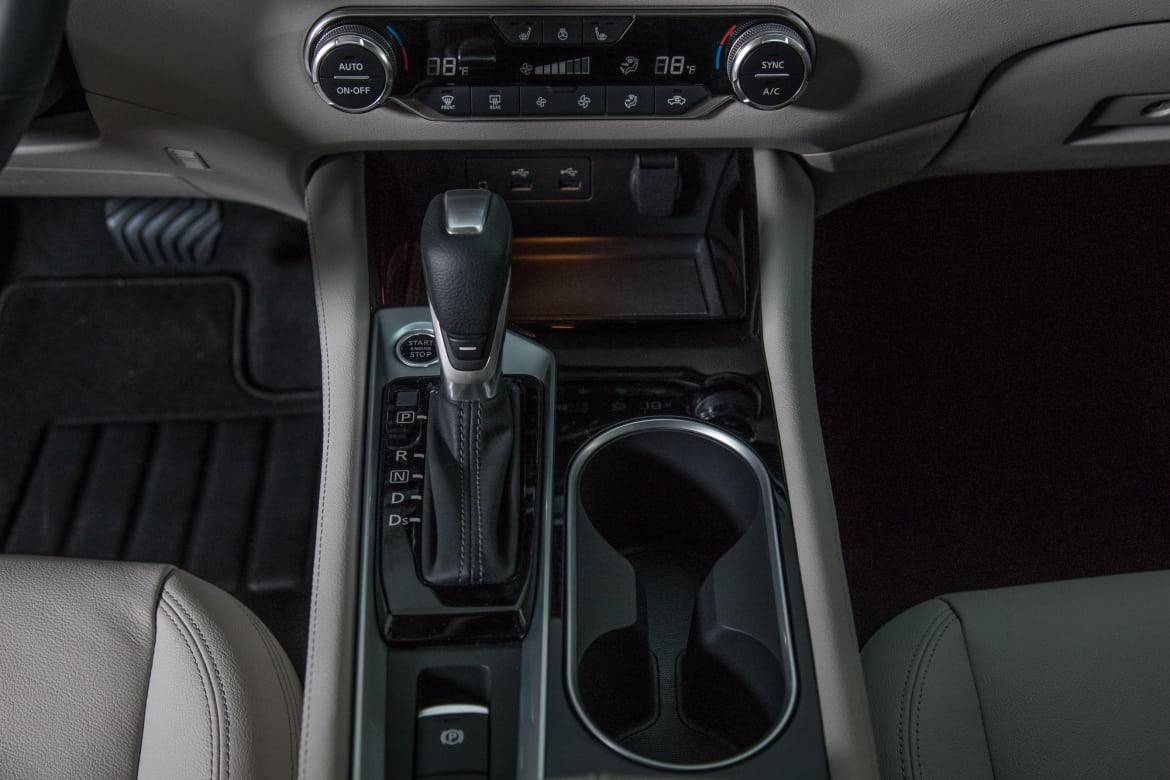 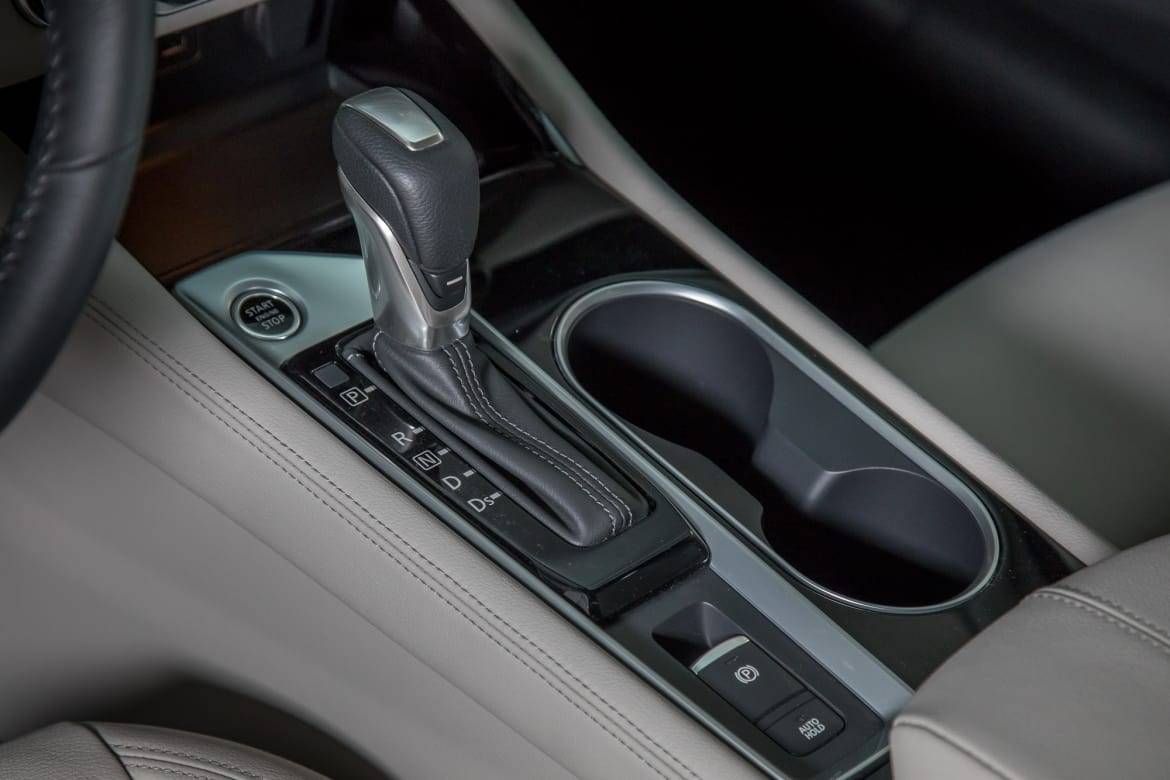 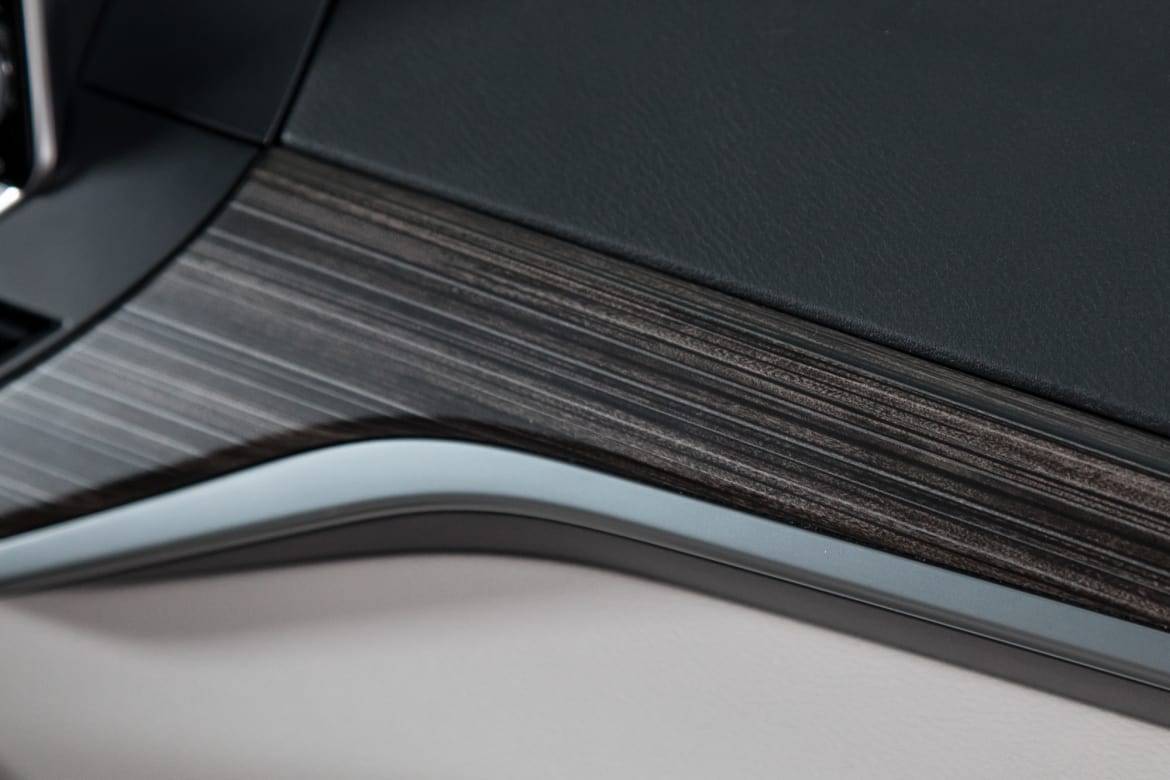 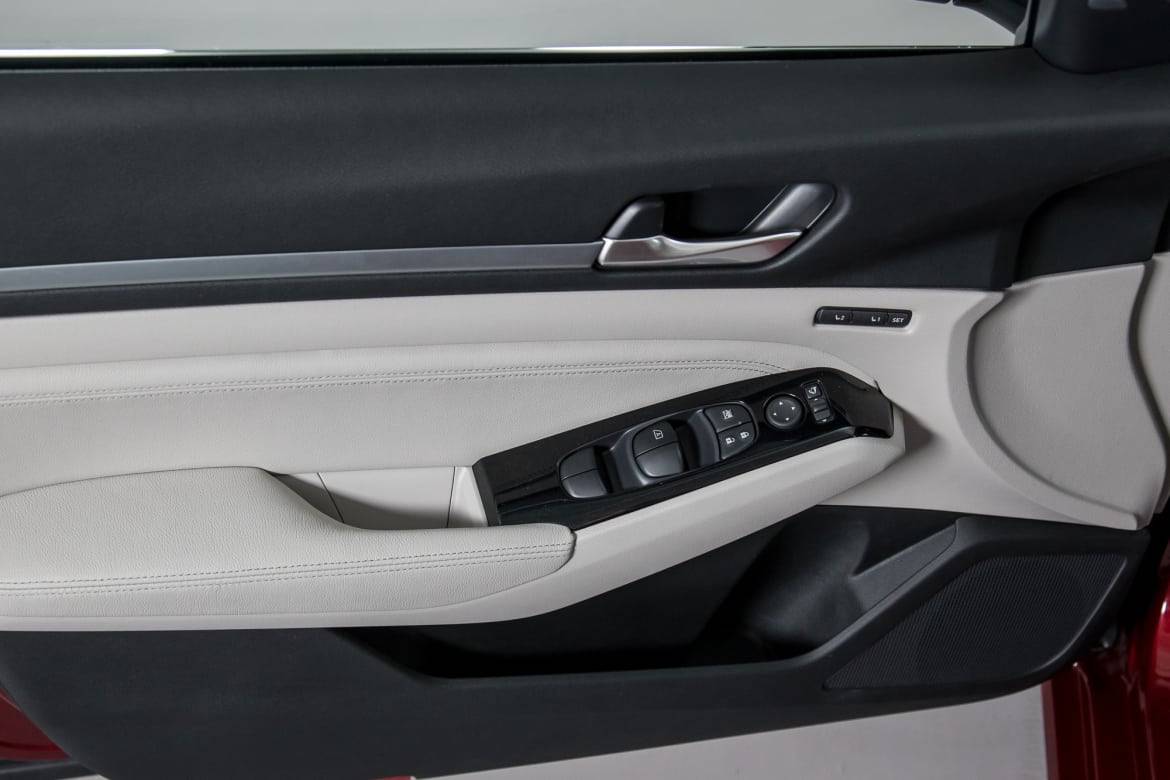 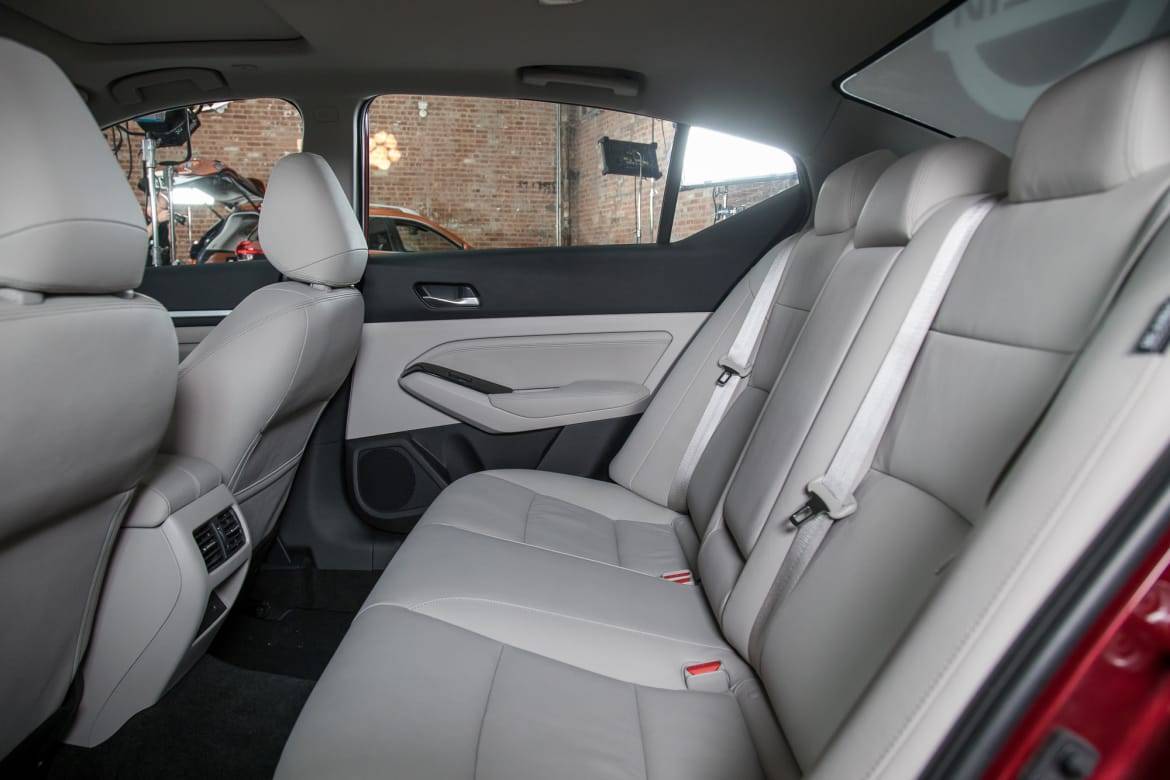 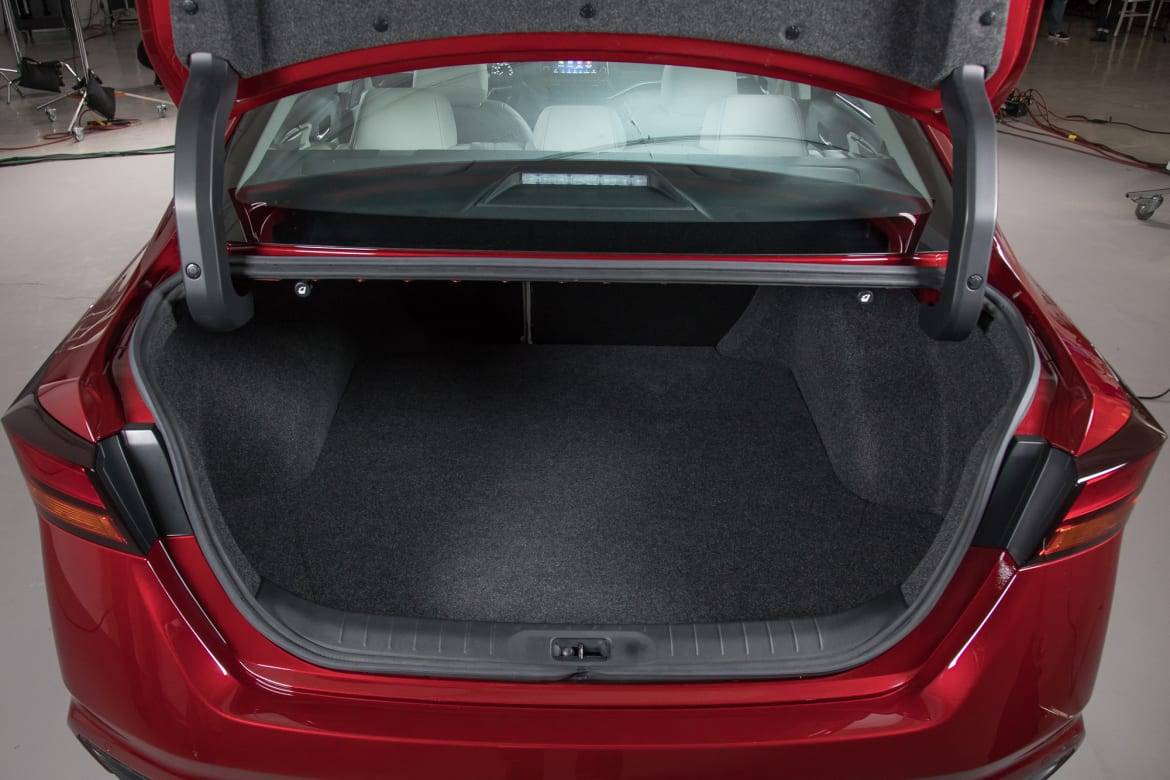 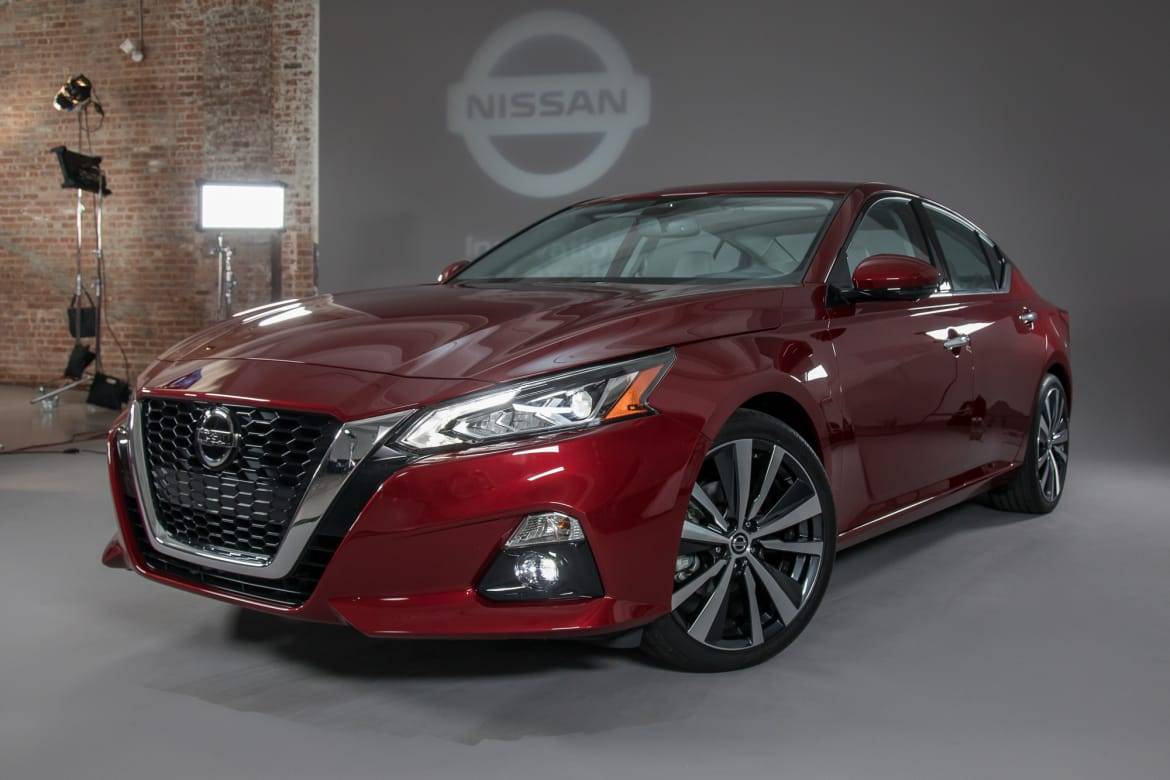 Nissan is batting in the bottom of the ninth with the redesigned 2019 Altima. It perennially sits in third place in mid-size sedan sales behind the Toyota Camry and Honda Accord, both of which just got impressive redesigns of their own. That gave the Altima a target (or two, rather) to aim at with its redesign. Nissan seems to have hit the mark in some areas but missed in others.

Party in Front, Business Out Back

The Altima’s new styling is a combination of old and new elements, with the most dramatic changes up front. The sides and rear of the car appear nearly untouched. Up front, the Altima has joined the big-grille revolution that the Camry and Accord also feature as part of their redesigns.

This gives the sedan a bit of a reverse mullet situation: party in the front, business in the back. I’m a fan of the updated front styling; it does the trick of distinguishing the car from previous generations, and the added boldness (by way of the Vmotion 2.0 concept) is a welcome change. But move rearward and my enthusiasm wanes; the 2019 Nissan Altima cuts the same basic profile as last year’s model, and unlike the Accord and Camry, it seems Nissan’s daring runs out around the B-pillar.

I give the new dashboard design a thumbs-up: It’s lower, which opens up the amount of visual space in the front of the car and makes it feel as though the windshield is larger. I’m also a big fan of the Nissan Altima’s screens across its trim levels. All five get an 8-inch multitouch display in the center dashboard and a 7-inch display in the instrument cluster. The standard multimedia system also includes Android Auto and Apple CarPlay, something the competitors don’t — the Accord’s standard multimedia system doesn’t feature these technologies and the Toyota Camry is missing both completely. Also, none of the multimedia buttons are placed out of reach on the far side of the screen; they line the bottom of it so the driver has easier access.

The Nissan Altima gets one more differentiation with its assortment of charging options, including four standard USB ports, two up front and two behind the center console for backseat passengers. Two of those ports (one front and one rear) are also USB type-C, which is a nice bit of future-proofing as devices like the new MacBook, smartphones and the Nintendo Switch are moving to that style.

Mid-size sedans are typically thought of as family-friendly cars, so their lack of backseat headroom is disconcerting. I had a good amount of legroom for my 5-foot-11 frame behind the driver’s seat, but I could feel my hair brushing the ceiling — and if I sat up straight, I could headbutt the ceiling. It’s especially bad in the middle seat’s slight hump, so the only way I could sit in the middle was to tilt my head sharply to the side.

Materials in the Altima are also inconsistent. The top trims of the Camry and Accord almost feel like luxury cars, but the Altima doesn’t quite reach those heights.

The new Altima’s new all-wheel (AWD) drive will be available across all five of the Altima’s trim levels (good), but it will only be offered with the base engine (bad), a 2.5-liter four-cylinder, and not the new optional engine, a turbocharged 2.0-liter four-cylinder with variable-compression technology that replaces last year’s 3.5-liter V-6. This is the same engine that debuted in the 2019 Infiniti QX50. Nissan did tell me that the engine will get different tuning for the Altima, so I’m hopeful that our hesitations with the engine are assuaged when we get behind the wheel of one.

The presence of all-wheel drive will be a welcome addition for shoppers who live in areas with inclement weather or harsh winters, and it gives the Nissan Altima a leg up on both Camry and Accord (and gives the Subaru Legacy at least a nominal competitor in that regard).

On SV, SL and Platinum trims, Nissan’s excellent ProPilot Assist driver assistance system is standard, which combines the adaptive cruise control and lane keep assist. It will be the third Nissan vehicle (after the Leaf and Rogue) with this technology. ProPilot Assist doesn’t feature any groundbreaking features when compared to the Honda’s Accord or Toyota’s Camry, but the interface and lane-centering especially was better when we tested it in the Rogue.

How Will the Altima Stack Up to Camry, Accord?

It’s hard to say. It keeps things simple in some good ways (multimedia) and some bad (side and rear styling, though that’s up to you to decide), so what will ultimately determine the Altima’s place in the mid-size sedan hierarchy will be how it drives.

And it may struggle, considering both the Camry and Accord are much improved after last year’s redesigns with impressive dynamics. But if the new Altima can match the pair, then its impressive technology updates, safety features and well-equipped lower trim levels may give it a leg up.

We’ll be sure to let you know how the 2019 Nissan Altima fares when we get behind the wheel this summer before it arrives in dealerships this fall.