In November 2012, an EPA investigation and consumer watchdog complaints led Hyundai and Kia to restate gas mileage on more than two dozen 2011, 2012 and 2013 models. The affiliated Korean automakers conceded interpretation errors on EPA procedures and launched a program to compensate some 900,000 owners with reloadable debit cards that factored in the difference in mileage with the cost of gas, plus 15 percent extra apology cash. The debit cards require periodic odometer checks at dealerships, however — a different path than Ford took when it restated gas mileage on the C-Max. The Michigan automaker reimbursed current C-Max lessees and owners $325 and $550, respectively.

What to Do If You Own an Affected Hyundai, Kia

It’s unclear what the dealership credit goes toward. Specifics per model also remain unclear — representatives at both brands didn’t return our messages — but Hyundai said a 2012 Elantra owner would receive $320.

What payout makes more sense? We ran the numbers. If you drove 12,000 annual miles and gas averaged $3.50 a gallon, the difference in fuel between the 2012 Elantra’s original EPA rating (33 mpg combined) versus the restated rating (32 mpg) amounts to about $40 per year. The debit-card program would reimburse you that plus an extra 15 percent, or about $46 per year. The program extends as long as you own the vehicle (it isn’t transferrable), so it would take about seven years in this scenario to break even with the lump-sum payout. That’s a year longer than the average new-vehicle owner keeps his car. Throw in the fact that cash today is worth more than the same amount paid over time — you could invest it and make a return — and it makes little sense not to take the payout, particularly if leased your Hyundai.

Unless, of course, you drive a ton. Take a driver who puts 25,000 annual miles on that 2012 Elantra. Given the same gas price, Hyundai’s debit-card program would dispense around $76 per year, which makes the break-even point just 3.4 years.

Kia’s per-vehicle average ($667) is much higher, presumably because popular cars like the Soul saw combined mileage fall by a larger margin. The 2012 and 2013 Soul saw combined EPA mileage drop 10 to 14 percent, depending on the version.

Hyundai and Kia said the court settlement totals $395 million, though exact amounts depend on how many owners take part in the lump-sum program. The Detroit News reports the automaker has more than $400 million ready to pay claims, but it’s unclear if the EPA — which is still investigating Hyundai-Kia — will assess civil penalties beyond it.

Owners can visit hyundaimpginfo.com or kiampginfo.com for more information. Hyundai’s website says a “more in-depth website dedicated to the lump sum settlement will be available in the future.” 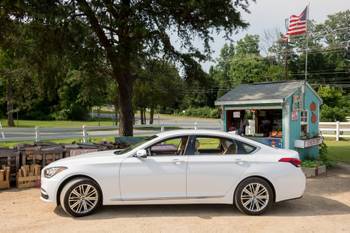 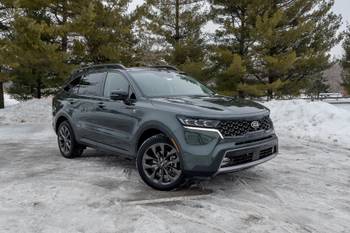 Can’t Find or Afford a Kia Telluride? The Sneakily Good Sorento Is Waiting 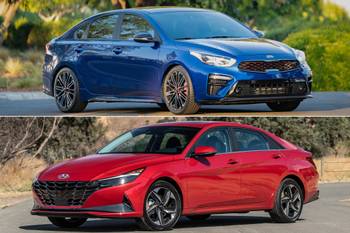