CARS.COM — It seems that engineers have a weird fascination with defying physics, and the latest vehicle that seems to want to be both big and fast comes to us from the U.K. Jaguar’s flagship sedan, the XJ, adds a new high-performance variant for 2018, the XJR575.

The numbers at the end of the XJR575 aren’t just tacked on for decoration — they refer to the output from the supercharged 5.0-liter V-8, which makes (you guessed it) 575 horsepower and 516 pounds-feet of torque.

That’s enough power to sling the big sedan from zero-to-60 mph in 4.2 seconds and give it a lofty top speed of 186 mph, which it reaches in 44 seconds if you can find a safe surface that’s straight enough. Watch the video below to see the car reach its top speed on a runway in England (on wet pavement no less), while designer Wayne Burgess answers a few questions about the new XJR575.

There is some added bodywork that helps the XJR575 stand out, including a rear spoiler, side sills, unique lower air intakes and twin vents on the hood. Red brake calipers also peek out from behind the 20-inch gloss black wheels. Inside, there are unique plates at the base of the doors and diamond-quilted seating surfaces. The XJR575 will also be available in two new exterior colors, Velocity Blue and Satin Corris Grey. 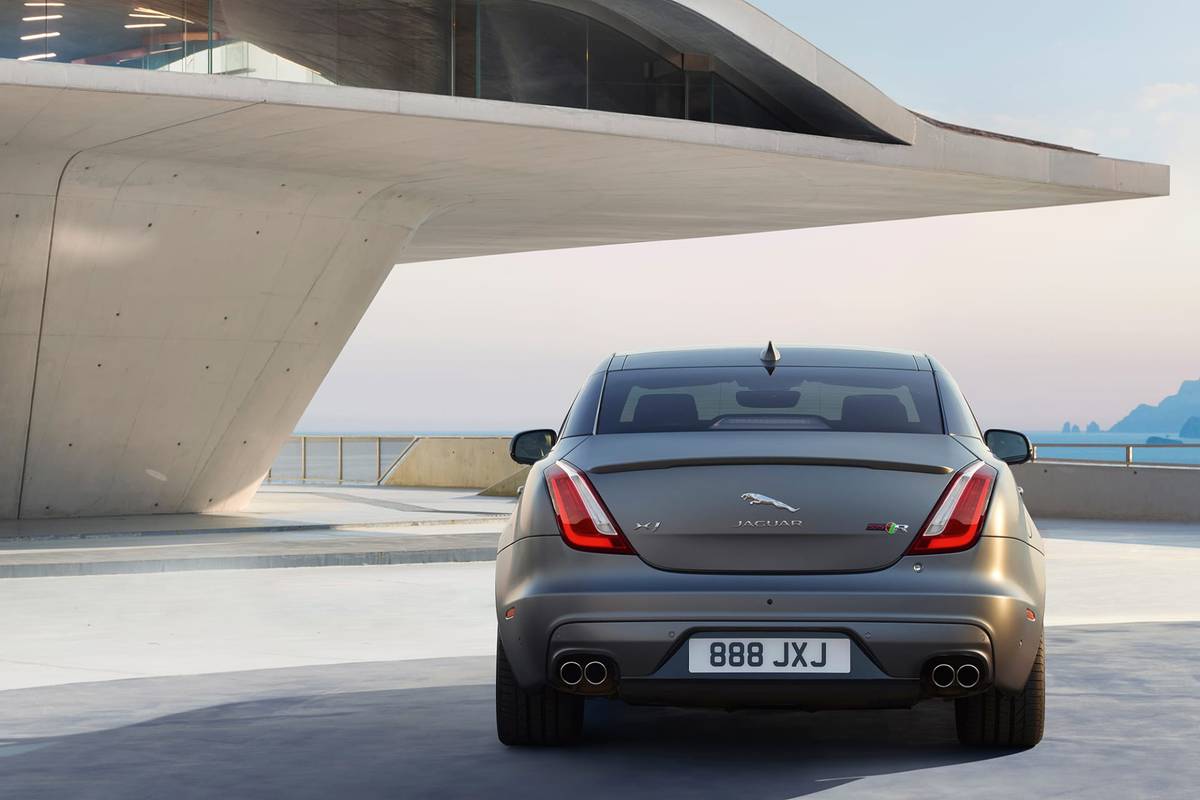 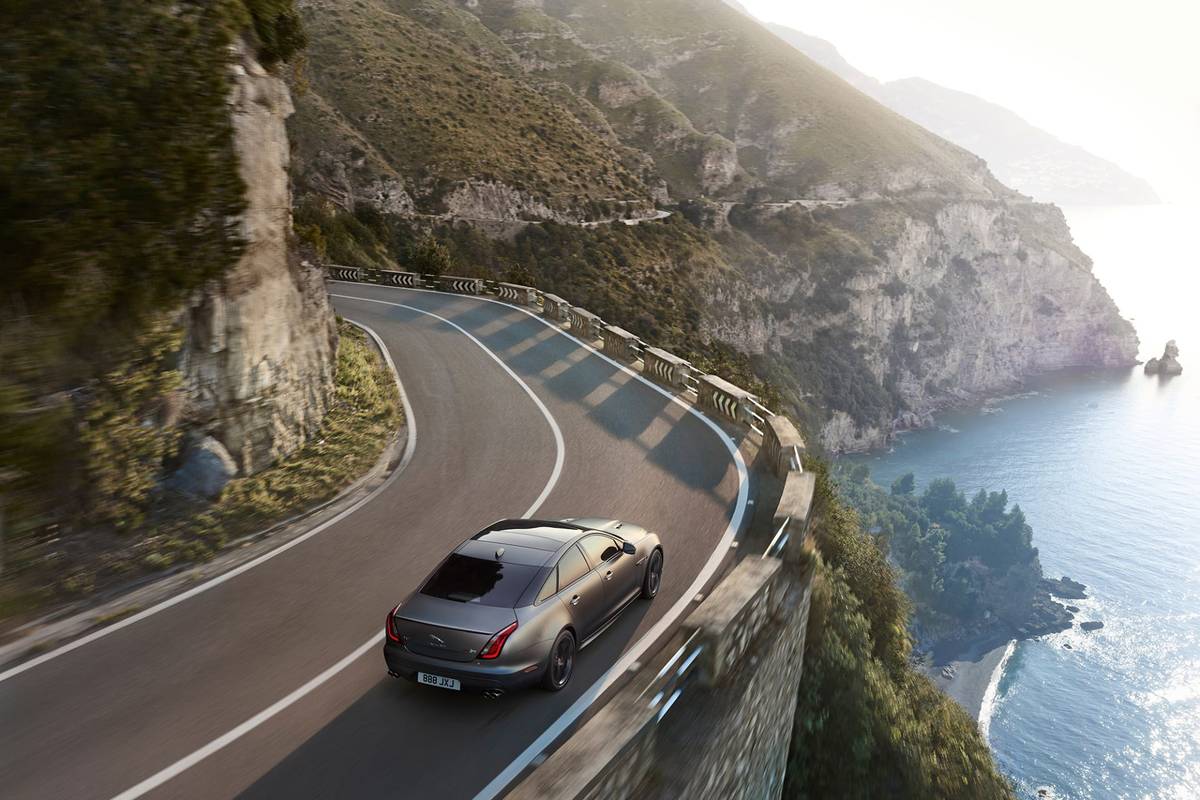 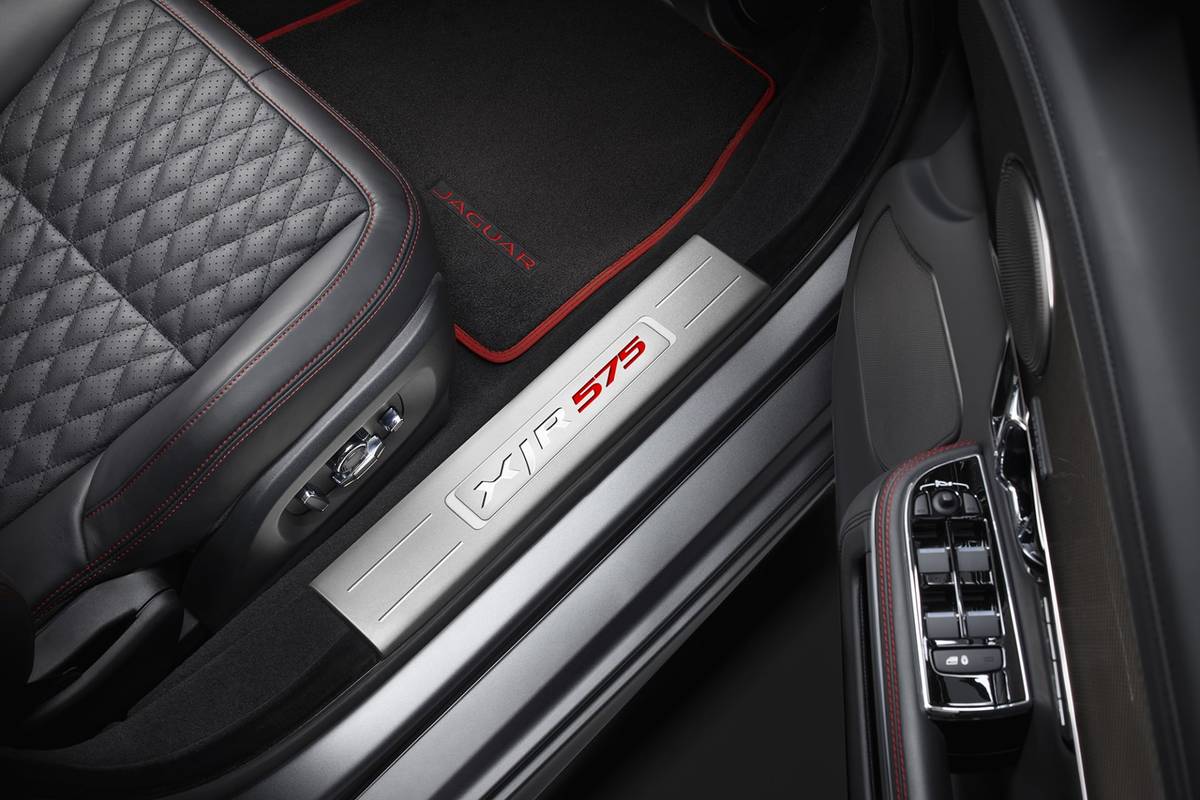 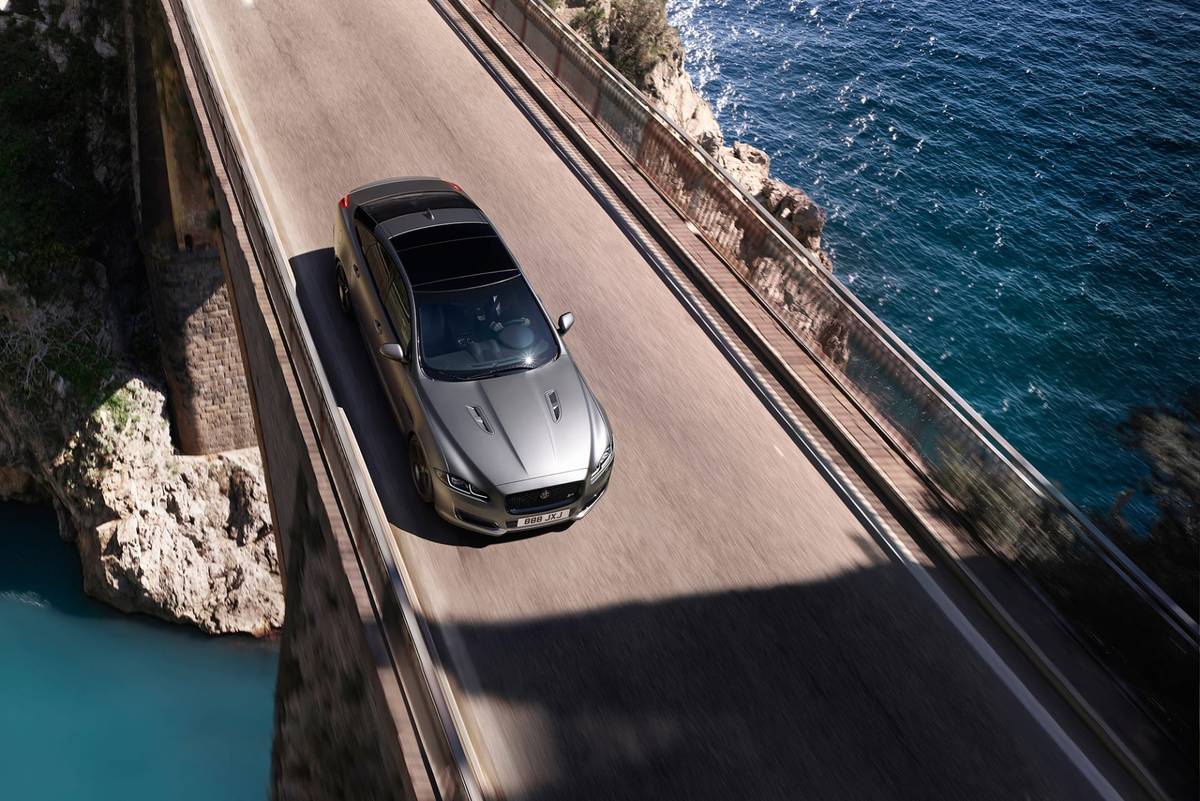 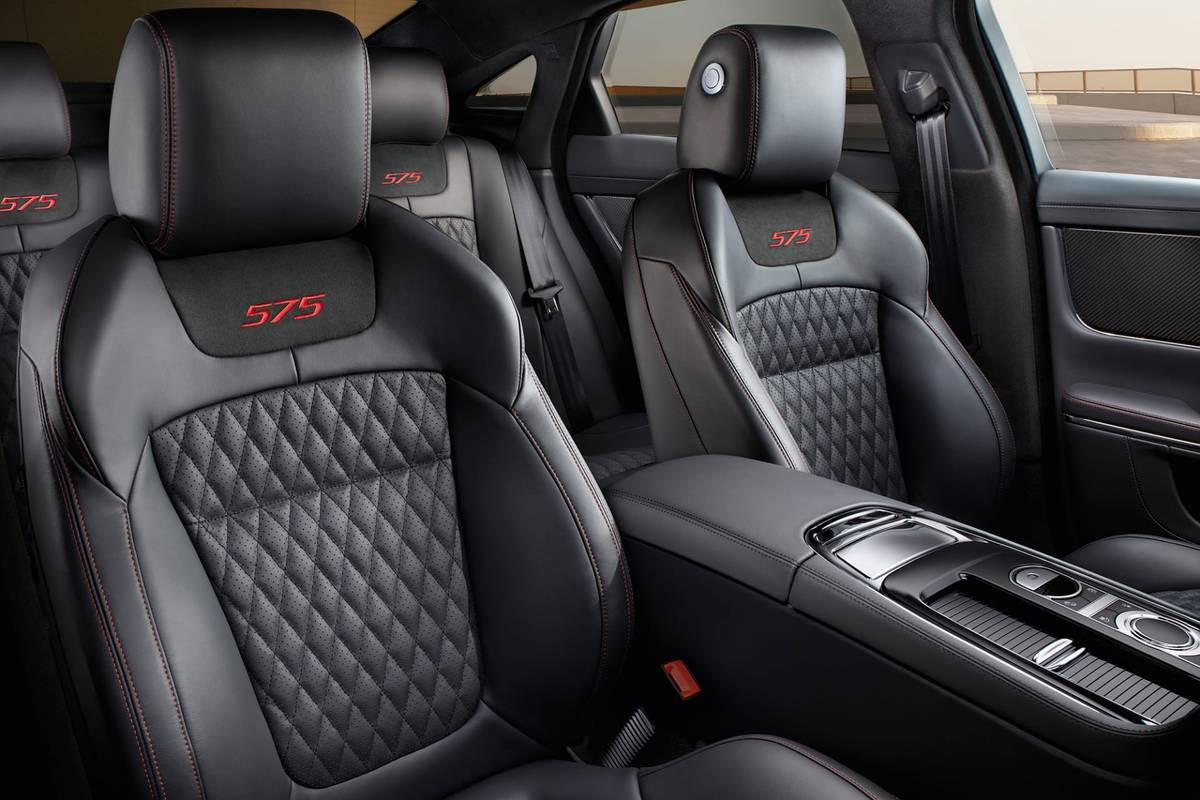