A blizzard hitting the Northeast didn’t slow down car sales in January. In fact, the time it took to sell a new car was identical to January 2014’s rate of 42 days. As we’ve noticed during winter months — with or without blizzards — SUVs and trucks are hot.

Fifteen of the top 20 fastest-sellers were SUVs or trucks, and there was an equal mix of luxury and mainstream models. Subaru continues to be popular, with four spots in the top 20, and Land Rover ruled too as luxury buyers bought four of its models at a quick rate. Of course the entire country wasn’t impacted by snow, and those places must be where folks were snapping up the redesigned 2015 Ford Mustang convertible.

Luxury brands make up almost the entirety of the slowest-sellers’ list, with large, luxury coupes and convertibles falling out of favor, it seems. We did find one gem for luxury shoppers amongst the slow-sellers, Porsche’s Panamera E-Hybrid. The plug-in hybrid is a terrific alternative to Tesla’s Model S sedan. It starts at $99,995, including a destination fee, but knowing it takes 92 days for a Porsche dealer to sell one might put you in a better position to drive home in one for less money.

The Fastest- and Slowest-Selling Cars list reports the average number of days it takes to sell models from the day they arrive on the lot until the final paperwork is signed by a buyer. This is not a days-of-inventory list like you may find on other websites. With lots mostly clear of 2014 models, we look exclusively at 2015s.

For the fastest sellers, we only list vehicles that pass a certain threshold of sales in order to weed out limited editions, ultra-high-performance cars and others that might skew the numbers or otherwise inaccurately portray popularity. To highlight all slow sellers, slowest sellers have no such threshold. 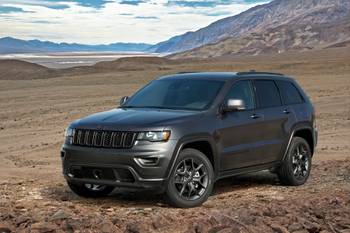