CARS.COM — Ever since the first Hellcat model appeared from Fiat Chrysler Automobiles, a supercharged Dodge Challenger making an insane 707 horsepower, one of our favorite games has been “What would we put that Hellcat V-8 in?” The Jeep Grand Cherokee seemed the most obvious choice (and we hear that still may be in the cards), but the Jeep Wrangler was never seriously on our radar for this.

Related: Chasing 11.2: We Take the Challenger SRT Hellcat to the Strip

Jeep apparently disagreed and decided to see what a Hellcat-powered Wrangler would do, so it stuffed the supercharged 6.2-liter V-8 into a JK Wrangler two-door as the Jeep Trailcat Concept, one of seven concept vehicles created for the 2016 Easter Jeep Safari in Moab, Utah. It’s the safari’s 50th anniversary and Jeep’s 75th this year, so pulling out the stops for the concepts makes some sense, even if the Trailcat seems completely nutty.

The chassis is heavily modified, lengthened by 12 inches to accommodate the bigger motor (and likely to also provide some stability). The power is routed through a six-speed manual transmission and front-and-rear Dana 60 axles with Fox shocks. Steel bumpers are mounted front and rear, while 17-inch bead-lock wheels feature 39.5-inch BF-Goodrich Krawler T/A KX tires.

The windshield has been chopped by 2 inches for a sleeker look, augmented by a power dome vented hood, LED headlights and fog lights, and added rock rails. Inside, a custom shift knob with the Hellcat logo sits between racing seats lifted out of a Dodge Viper.

Jeep says it hasn’t yet driven the thing off-road (aside from across the grass in front of FCA headquarters earlier today), so it’s not entirely sure how the Trailcat will do in the wilds of Utah during the safari, which runs March 19-27. One thing’s for sure — if you’re looking to do some quiet nature exploring, the Trailcat is not going to be your choice for sneaking up on the wildlife. Have a listen to this beast starting up at FCA’s unveiling earlier today. 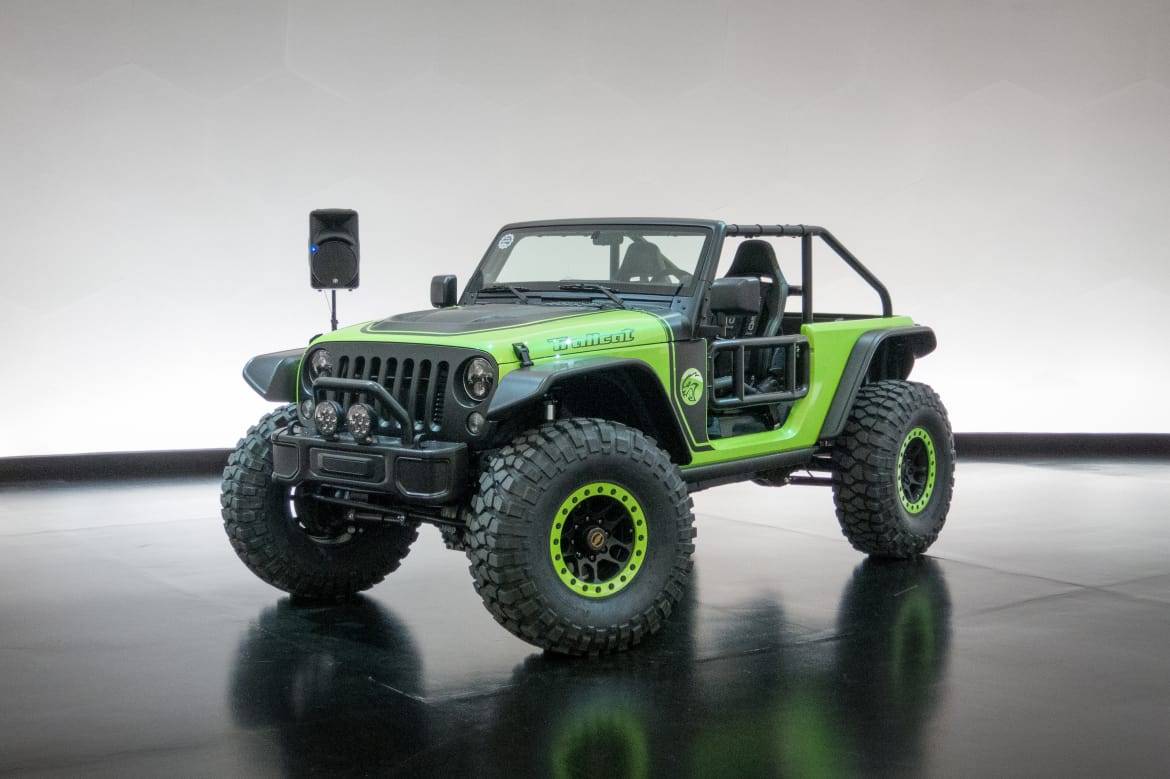 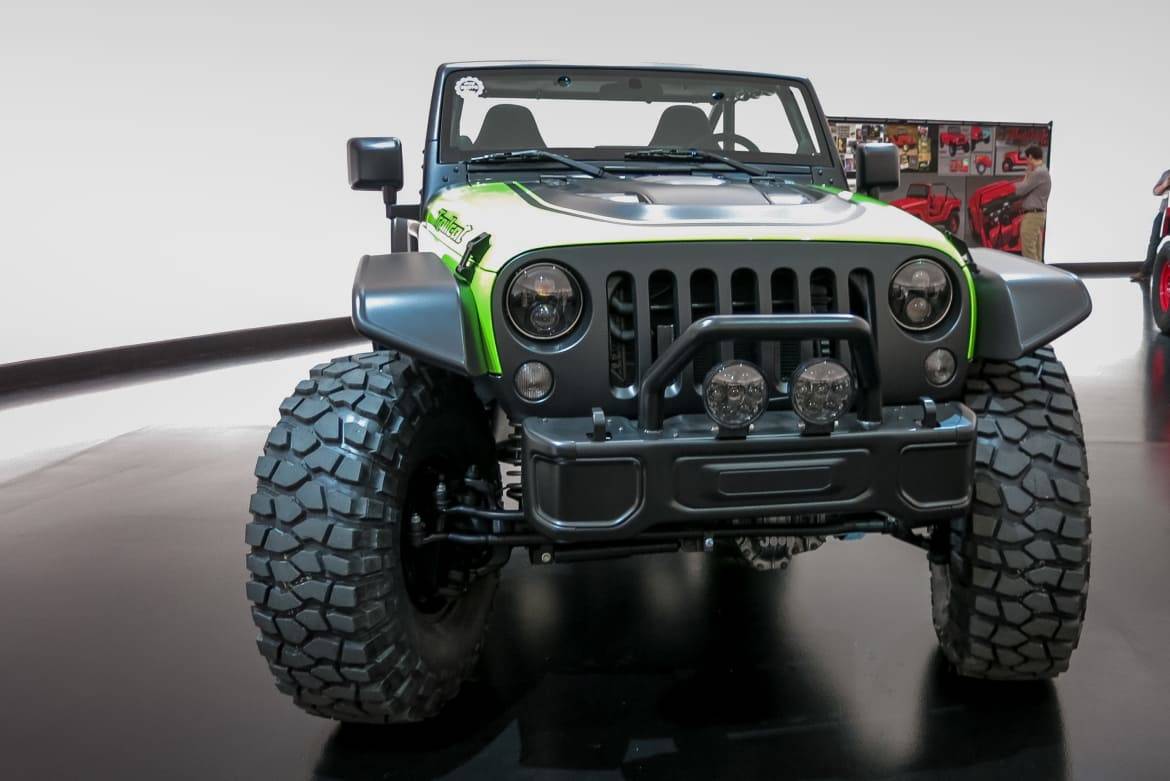 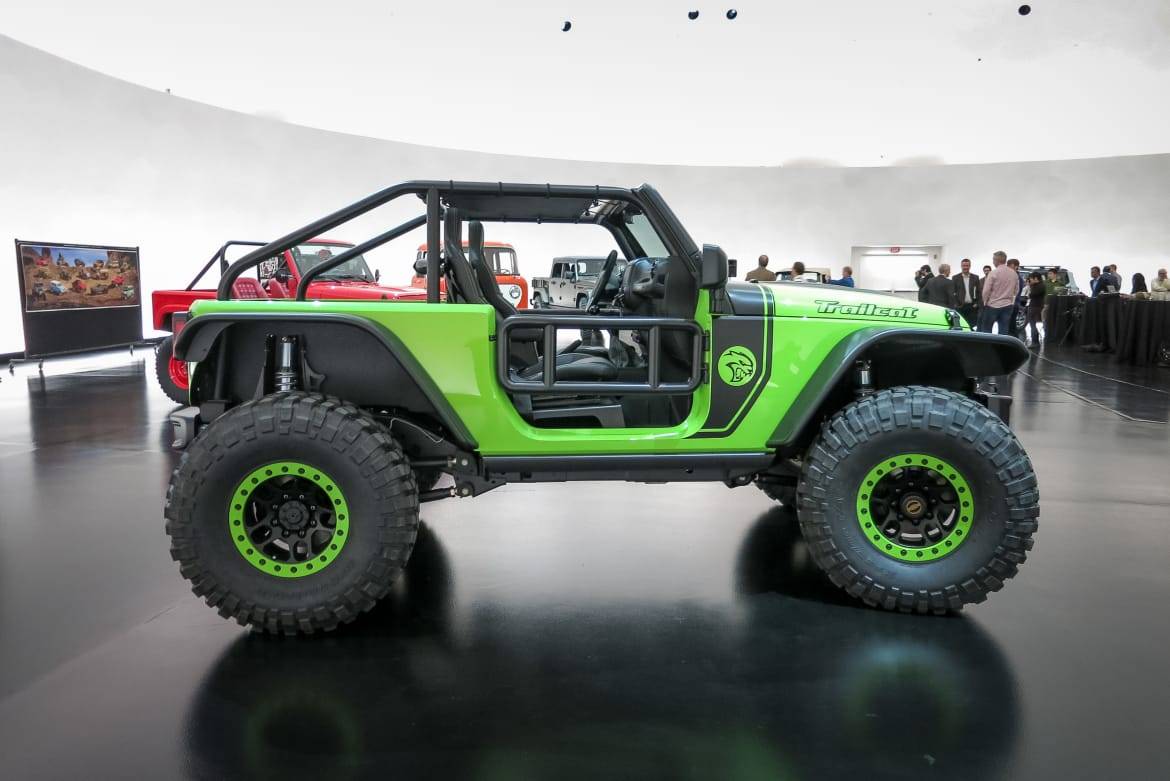 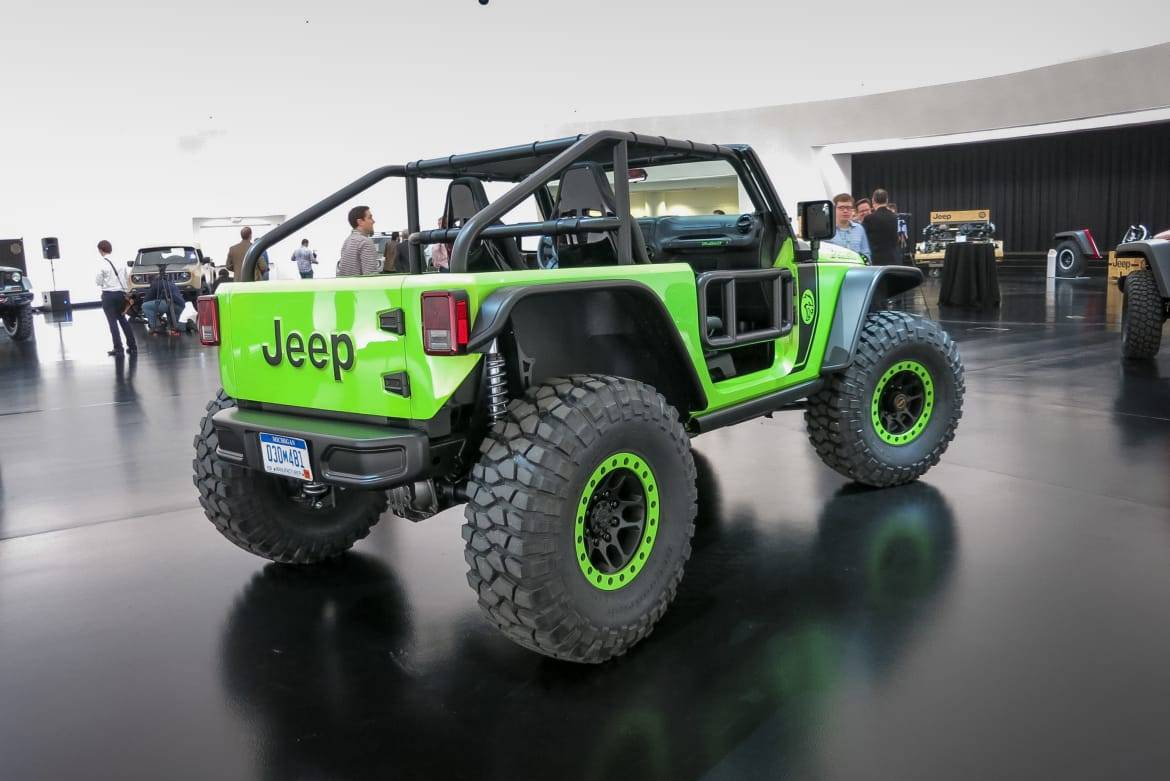 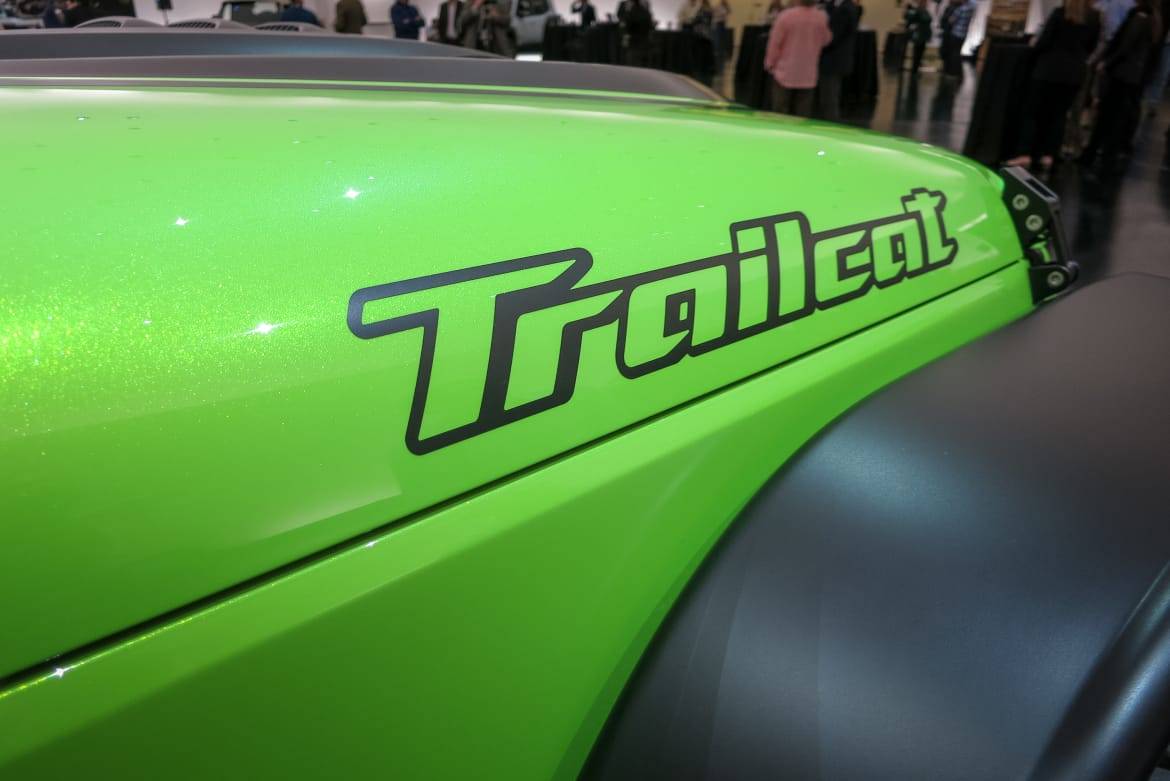 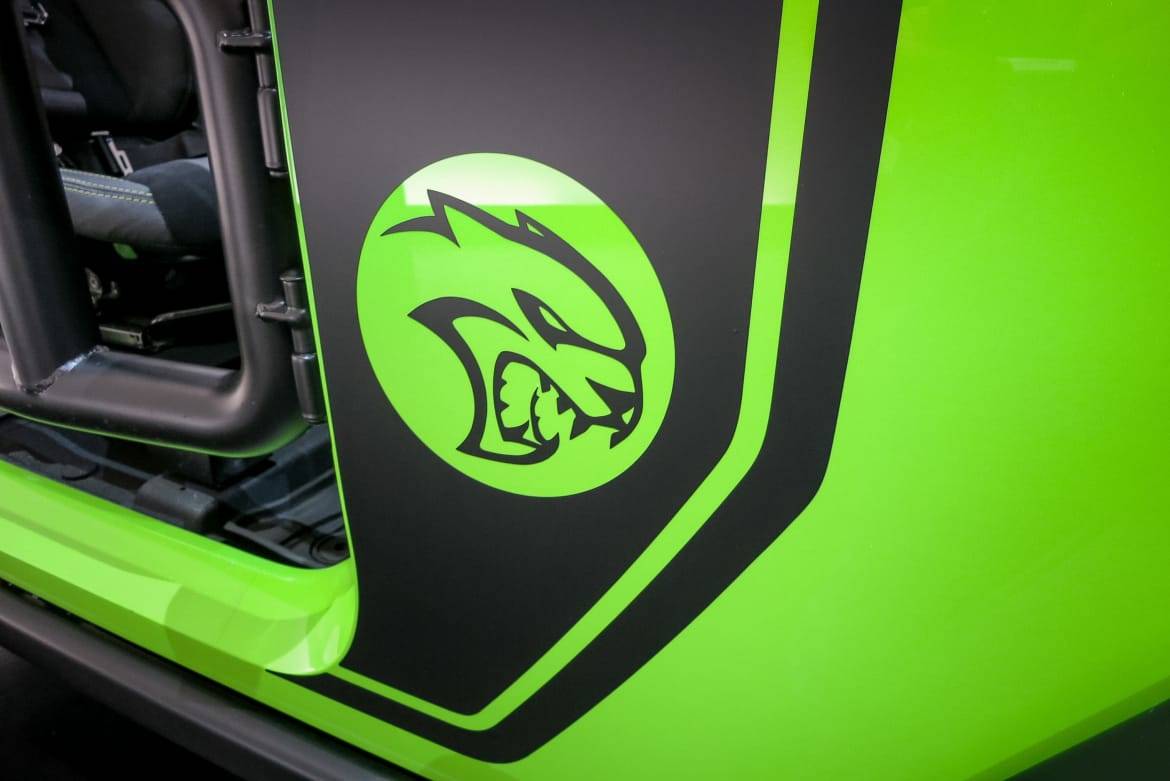 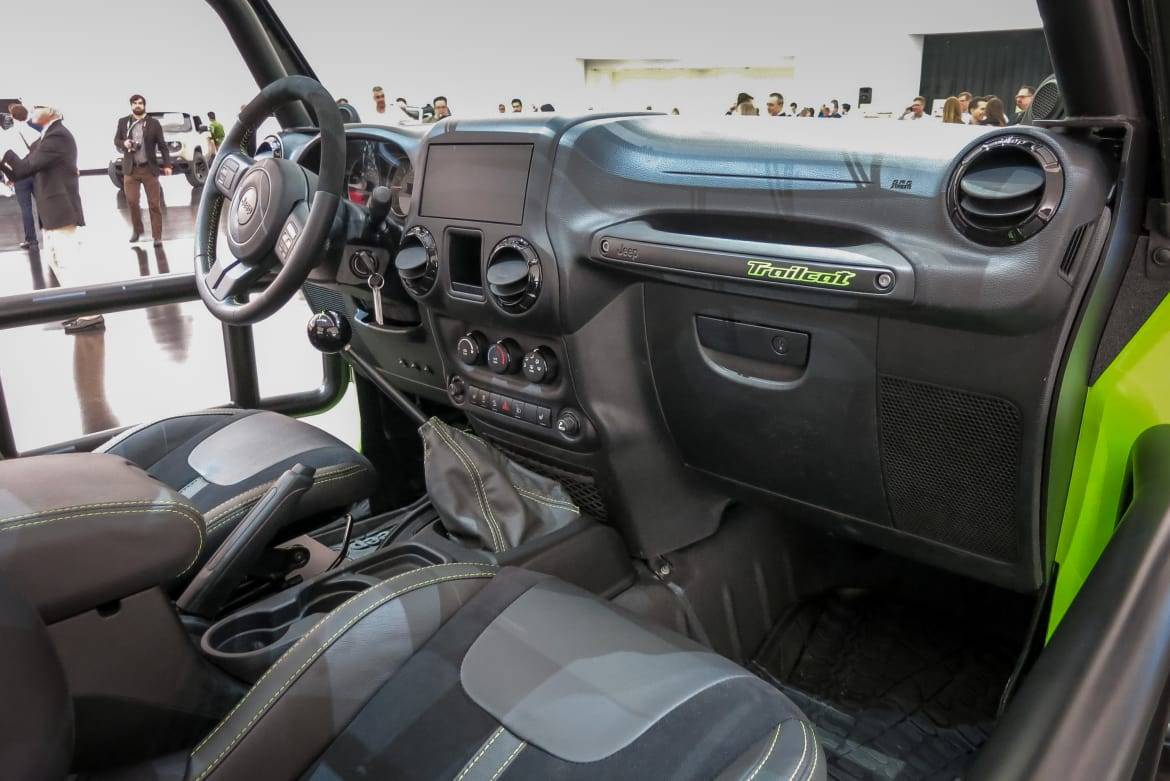 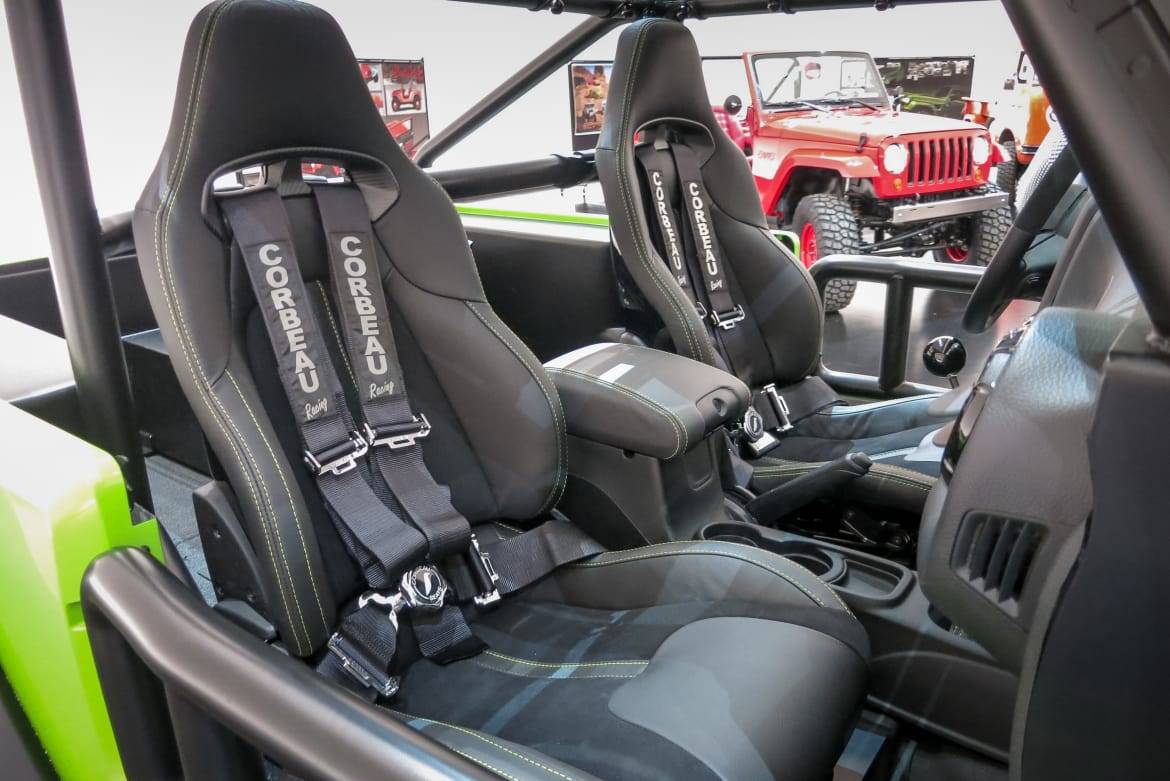