The data company’s annual Vehicle Dependability Study rates the reliability of 3-year-old vehicles, so this year’s scores examine the performance of model-year 2010 cars, trucks and SUVs. Along with the results, J.D. Power also reported some surprising findings: This is the first year there are fewer reported problems for new or redesigned models than carryover models.

“There is a perception that all-new models, or models that undergo a major redesign, are more problematic than carryover models. Data from the 2013 VDS suggests that this is not the case. The rapid improvement in fundamental vehicle dependability each year is more than offsetting any initial glitches that all-new or redesigned models may have,” David Sargent, vice president of global automotive at J.D. Power and Associates, said in a statement.

The study measures problems experienced by owners during the last 12 months and determines overall dependability by the number of problems reported per 100 vehicles, which is called PP100. A lower score reflects higher quality. In 2013, overall vehicle dependability averages 126 PP100, up from 2012’s average of 132. J.D. Power reports it’s also the lowest problem count since the study’s 1989 inception.

Out of the 31 brands studied, 21 of them have higher scores than they did in 2012. Although the Lexus brand is at the top, domestic vehicles have improved at a greater rate than imports, the agency reports.

The top vehicle is the Lexus RX, which had the fewest reported problems at 57 PP100. This is the first time a crossover has topped the list. In terms of brands, the most improved award goes to Ram truck.

Check out the chart below for a full breakdown. 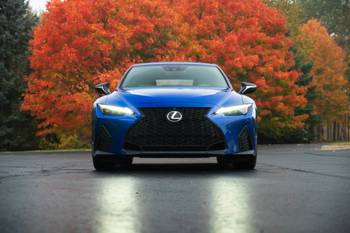