Peter Darbee, who heads Pacific Gas and Electric Corp., based his worst-case prognostications on the assumption that consumers will demand 240- versus 120-volt charging. If what we’ve seen so far is an indication, the assumption is a sound one for battery-electric cars, but not necessarily for plug-in hybrids.

The issue is charging speed. Higher voltage and current — measured in amperes, or amps — make for faster charging. Logically, if you want to fill a larger battery, you need more juice or more time. Battery-electric vehicles rely on large battery packs to provide a viable range. The best examples today are the Tesla Roadster and the electrified Mini Cooper, the latter of which has been leased to 450 individuals in California, New York and New Jersey for a yearlong Mini E Field Trial. The first Mini E recipient, Peter Trepp of Pacific Palisades, California, is shown above.

Both of these plug-ins have lithium-ion batteries and require 240 volts, known as Level 2 charging. Mini and Tesla allow for 120-volt Level 1 charging, but the rate is, uh, problematic: At 120 volts, recharging a depleted Mini E battery to its full 100-120 miles of range takes 26.5 hours. The Tesla Roadster needs 30-plus hours for its claimed 244 miles of range when charged at 120 volts.

240-Volt Charging Speeds Charging Dramatically
However, the Mini E’s fastest charge time with a charging station — known generically as electric vehicle supply equipment (EVSE) — is three hours   with 240 volts at 48 amps. With 240 volts at 32 amps rather than 48, the charge time is 4.5 hours. It’s the power outlet itself that dictates whether you can deliver 32 or 48 amps to the car: To charge the car at 32 amps, you need a 40-amp, 240-volt circuit. For the faster 48 amps, a 60-amp circuit is required.

For reference, a typical 240-volt household clothes dryer requires 30 amps, and a stove calls for 50 amps.

A Range of Cost
How much does all of this cost? The equipment itself is seldom the issue — especially for Mini Es, which include the EVSE and a basic installation. The rest depends on how much juice comes into your service panel (where the circuit-breakers live) and how much you have in your garage. As co-owner of Clean Fuel Connection Inc. — the company responsible for all of the Mini E installations — Enid Joffe said a 40-amp, 240-volt circuit was the program’s minimum requirement. The best-case scenario, she said, was “new single-family homes because they tend to have larger [service] panels so they have excess capacity and they have a 220 circuit generally.”

“Multifamily houses were the hardest, and apartment buildings,” she said. In the end, Joffe said, the installation cost ranged from $100- $3,000, with only the basic EVSE install covered by Mini.

Government incentives for the gear and/or installation already exist, but it’s unclear what will be in place when mass-market-intended cars are on sale. The federal and state support we see now for alternative energy, grid modernization and the cars themselves suggests there will be generous incentives or tax credits.

Plug-In Hybrids a Simpler Story
The Chevrolet Volt, expected to hit market late in 2010, illustrates how plug-in hybrids have lower demands than battery-electric vehicles. Its electric-only range will be shorter — a projected 40 miles — so its battery capacity is lower, as measured in kilowatt-hours (kwh). Tony Posawatz, vehicle line director for the Volt, said, “There’s a difference with an EV that might have a 25-plus kwh battery up to 34 kwh, requiring a minimal Level 2 charging. With a Volt, which you’re only filling with 8 kwh of energy, you can do that today without batting an eye.”

At 120 volts, Posawatz said, a depleted Volt battery pack will recharge in six to eight hours, drawing 12 amps. Most household circuits supply at least 15 amps. If the only circuit available is a shared one, he said, the owner will be able to flip a switch and draw only 8 amps to prevent blowing fuses. At this level, recharging a depleted battery takes longer than eight hours, but Chevy won’t be more specific at this early stage.

Conventional hybrids should be a similar story when they gain the capacity for plug-in charging. Hymotion’s L5 module is a conversion that’s already available for the second-generation Prius (2004-09). At 5 kwh, its battery is smaller than the Volt’s, and it recharges in 5.5 hours on a 120-volt, 15-amp circuit.

The L5 conversion doesn’t support 240-volt charging, but Posawatz says the Volt will, drawing 18 amps and knocking the charge time down to three hours.

Scenarios for Consumers and Utilities
Clearly, the type of plug-in you choose will dictate how much preparation your house might need. A worst-case scenario would be someone who wants to buy a non-hybrid plug-in but lives in an older house with 60-amp service and no existing power outlet anywhere near the garage or charging point. The best case, as Joffe stated, is a home with plenty of current and 240-volt power already in the garage. 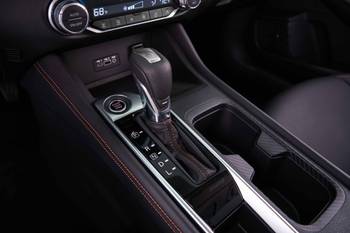 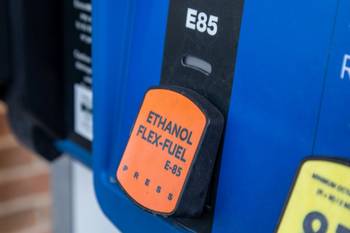