CARS.COM — Porsche says its new 2018 Panamera 4 E-Hybrid luxury sedan combines “sustainable mobility” with performance. But with a total gas-electric system output of 462 horsepower and a truck-worthy 516 pounds-feet of torque, the balance definitely seems tilted to the performance-versus-Prius side of the equation.

This new plug-in version of the redesigned 2017 Panamera will be officially unveiled at the upcoming Paris Motor Show that opens with the media preview Sept. 29 and 30.

The 2018 Panamera 4 E-Hybrid Power will have standard all-wheel drive and get power from a new 2.9-liter twin-turbo V-6 producing 330 hp and 331 pounds-feet of torque, combined with an electric motor that puts out 136 hp and 295 pounds-feet. As with the other new-generation Panameras, an eight-speed dual-clutch automatic transmission replaces the conventional automatic. Porsche’s Sport Chrono Package performance mode system also is standard on the hybrid. Porsche estimates a zero-to-60-mph time of 4.4 seconds and a top speed of 172 mph.

The specs and performance estimates are close to those Porsche released for the gasoline-only 2017 Panamera 4S: 440 hp, 4.0 seconds zero-to-60 mph with Sport Chrono Package and a 179 mph top speed. While fuel ratings for the 4S have yet to be released, the 4 E-Hybrid should deliver this performance with much higher overall efficiency thanks to its ability to go an estimated 31 miles on electric power alone at speeds up to 86 mph.

Feeding the electric motor is a new liquid-cooled lithium-ion battery under the cargo-area floor packing 14.1 kilowatt-hours, up from 9.4 kilowatt-hours in the 2016 Panamera E-Hybrid. Porsche says the new battery can be charged in 12 hours from a standard household plug, three hours with an available upgraded onboard charger and a 240-volt, 40-amp plug.

Boosting the car’s performance is a revised power delivery system that the automaker says is based on its 918 Spyder supercar. Notably, the full power of the electric motor is always in play; in the old Panamera hybrid, full electric power did not kick in until the accelerator was 80 percent depressed.

Other standard equipment for the new 4 E-Hybrid includes an air suspension, hybrid-specific modes for the Sport Chrono Package and special hybrid options for the displays. The hybrid will share the redone 2017 Panamera’s touch-sensitive controls, twin 7-inch instrument screens and 12.3-inch touch-screen display but will have additional configurable information available for the screens specific to the hybrid system.

The Sport Chrono system will offer Sport and Sport Plus performance driving modes but add hybrid-specific E-Power (pure electric), Hybrid Auto (mixed gasoline and electric), E-Hold (to conserve electric charge for later in the drive) and E-Charge (to have the gas engine charge the battery while also driving the car). In the hybrid, the Sport and Sport Plus performance modes keep the V-6 engaged but also maintain battery charge for electric power boost as needed.

The new 2018 Porsche Panamera 4 E-Hybrid is expected to go on sale in North America by the summer of 2017, with pricing still to be announced. For comparison, the rear-drive 2016 Porsche Panamera E-Hybrid starts at $94,250 with destination. A gasoline 2017 Panamera 4S with comparable air suspension and Sport Chrono Package starts at $105,405. 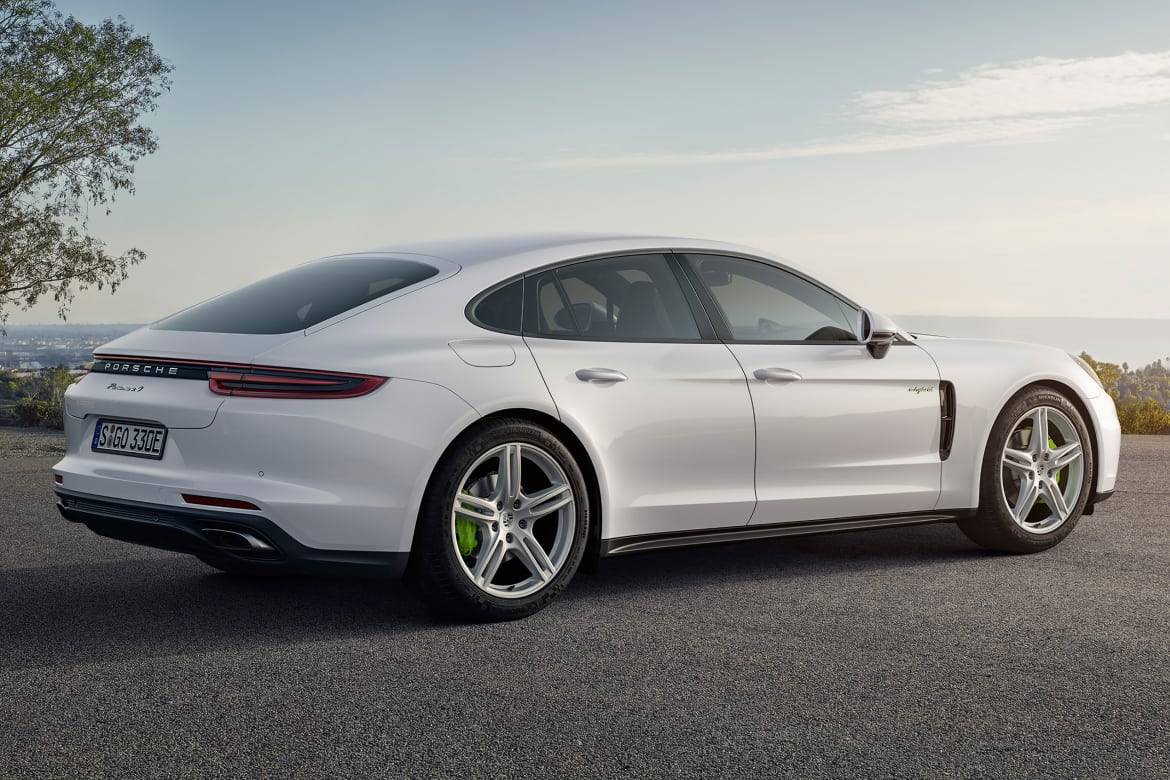 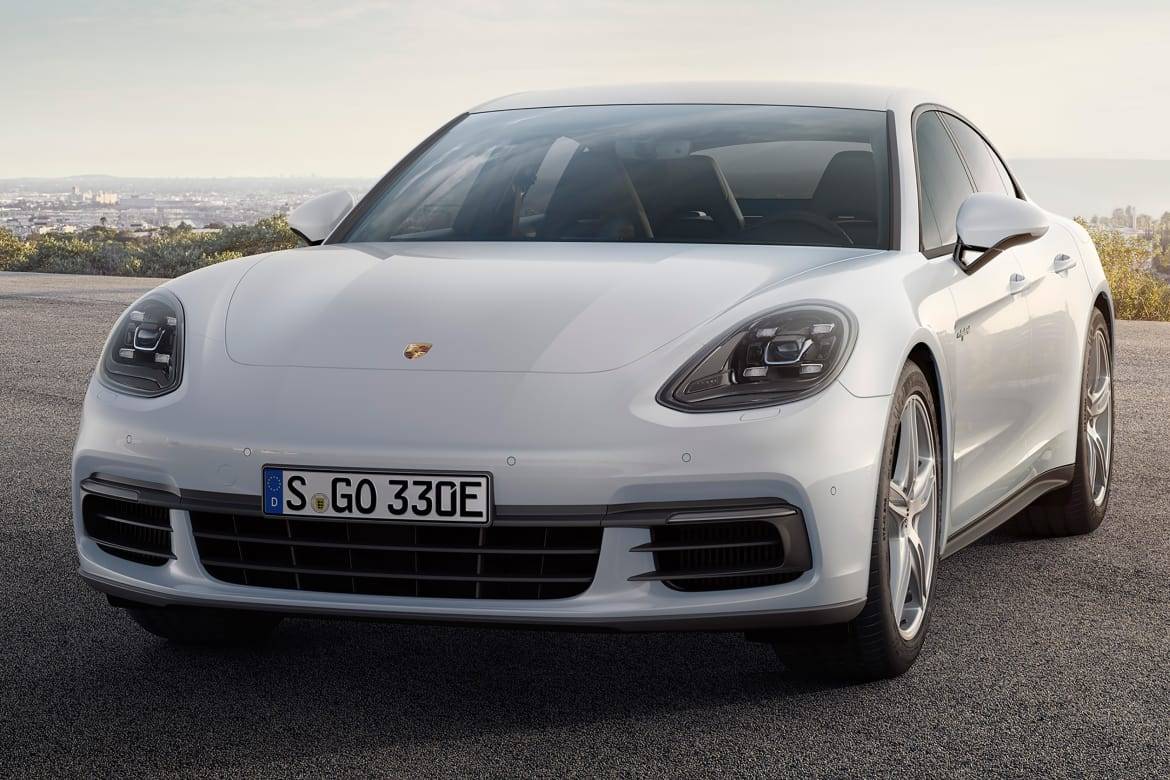 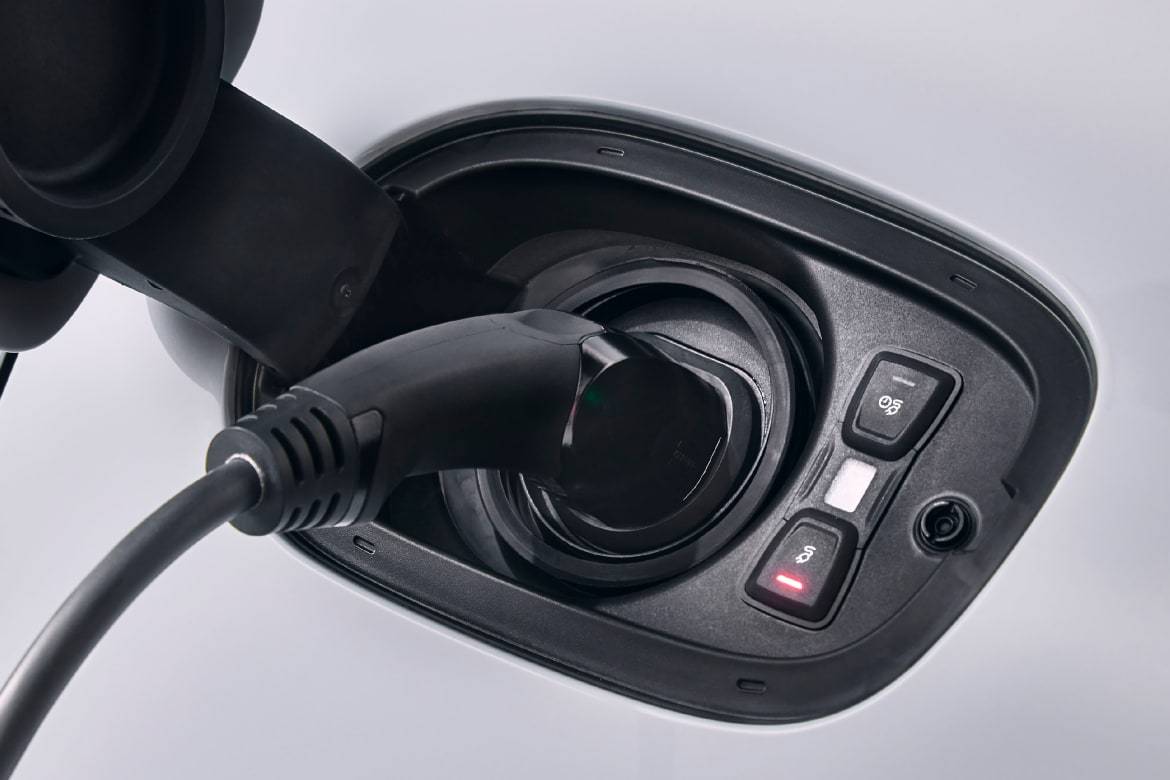 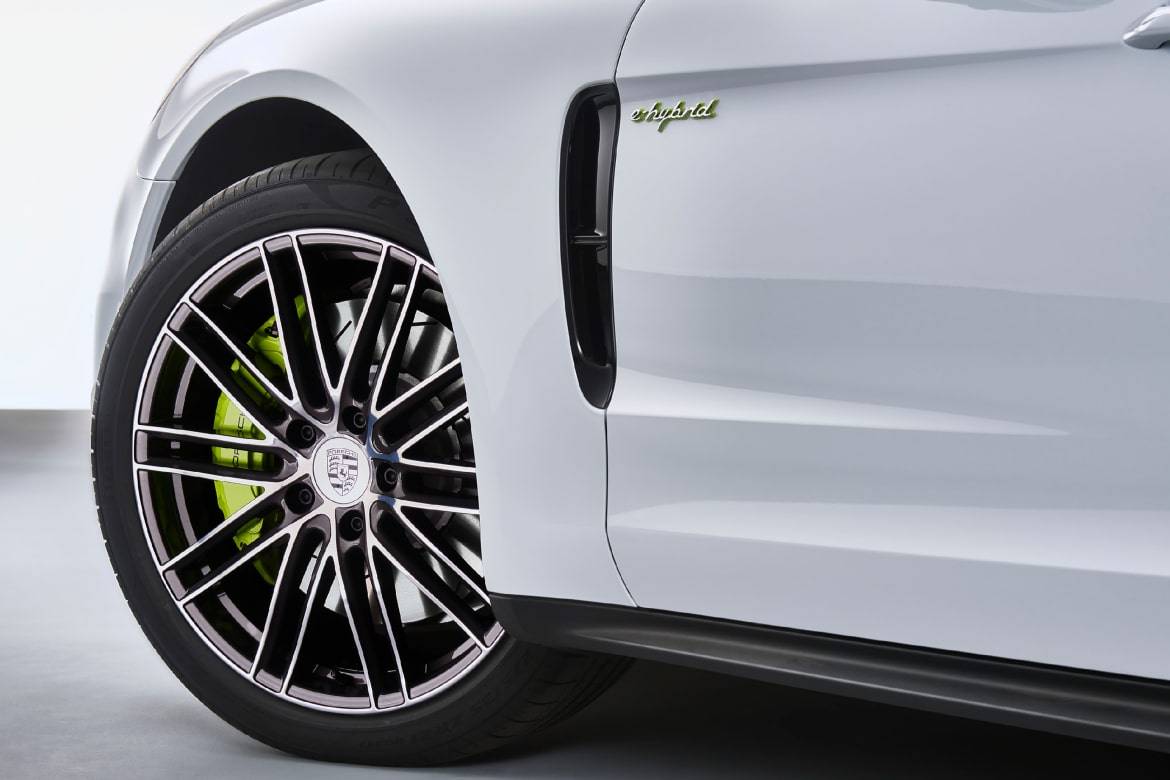 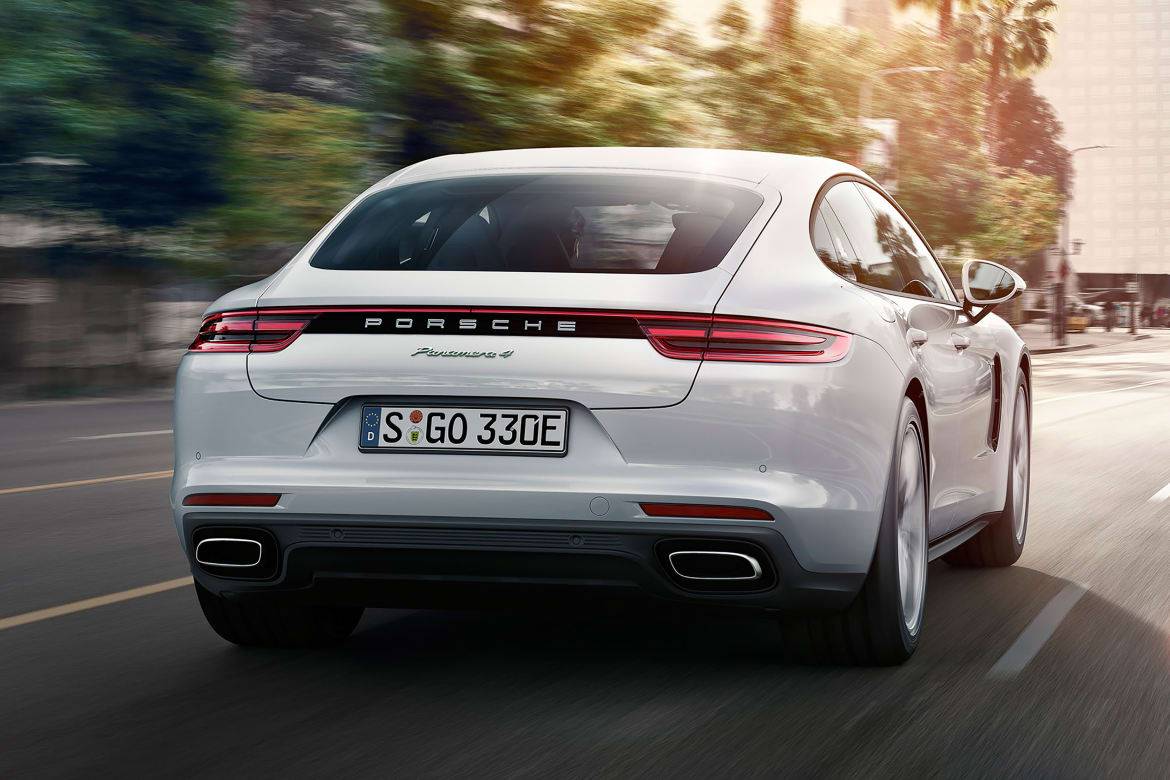 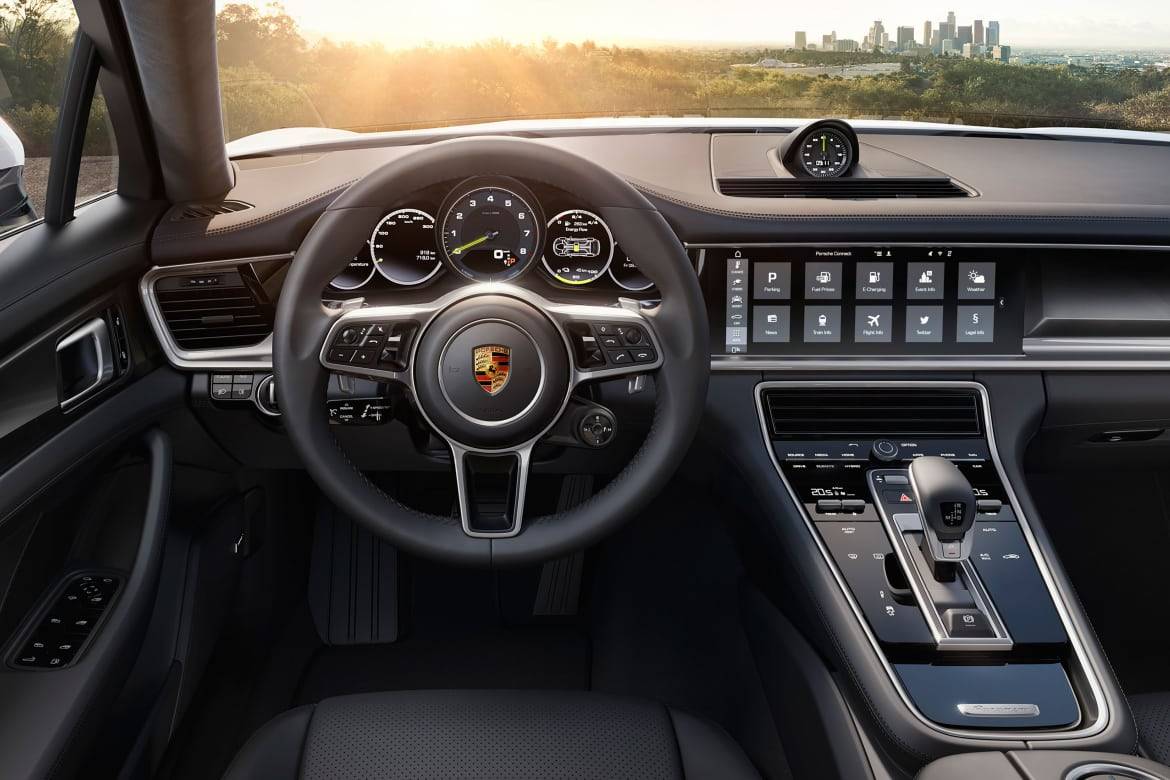 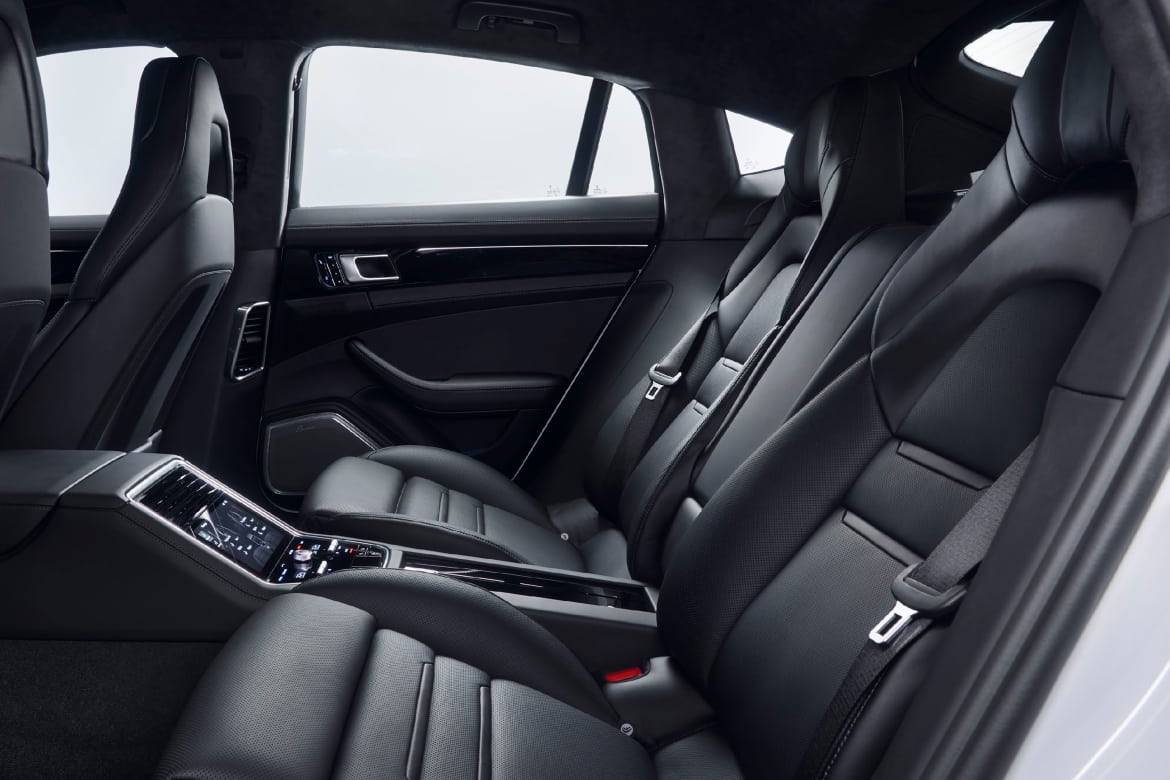 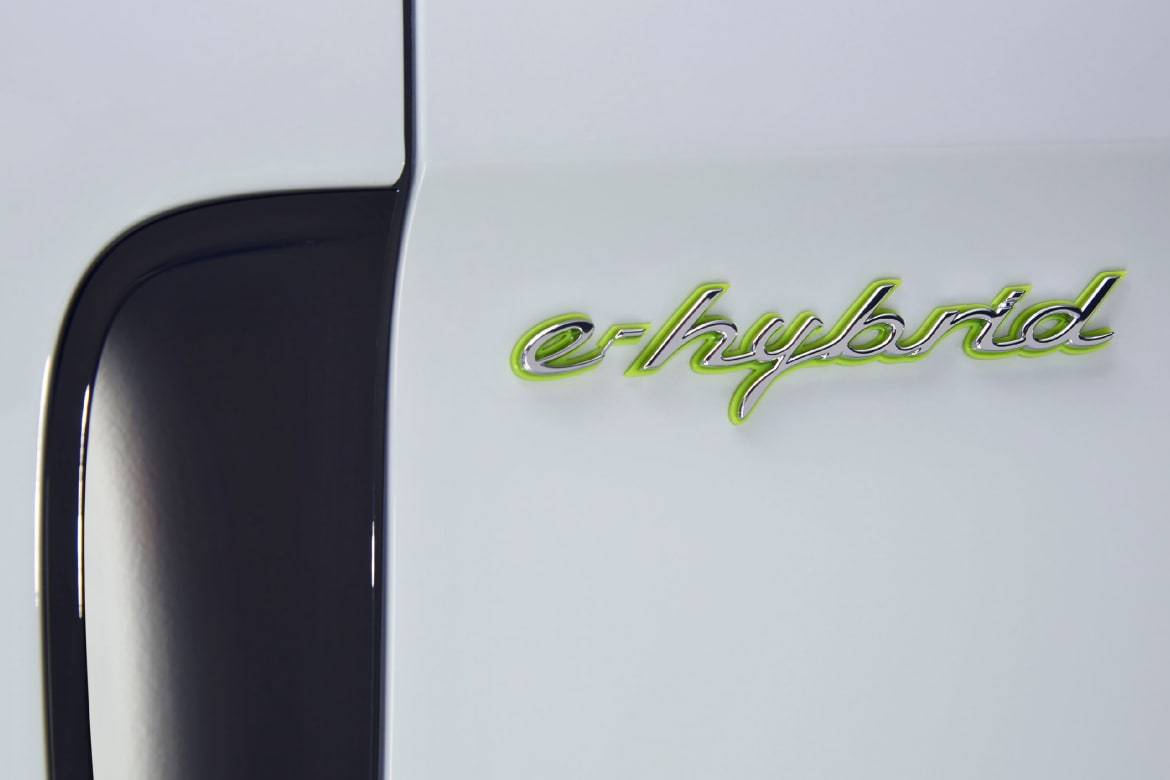 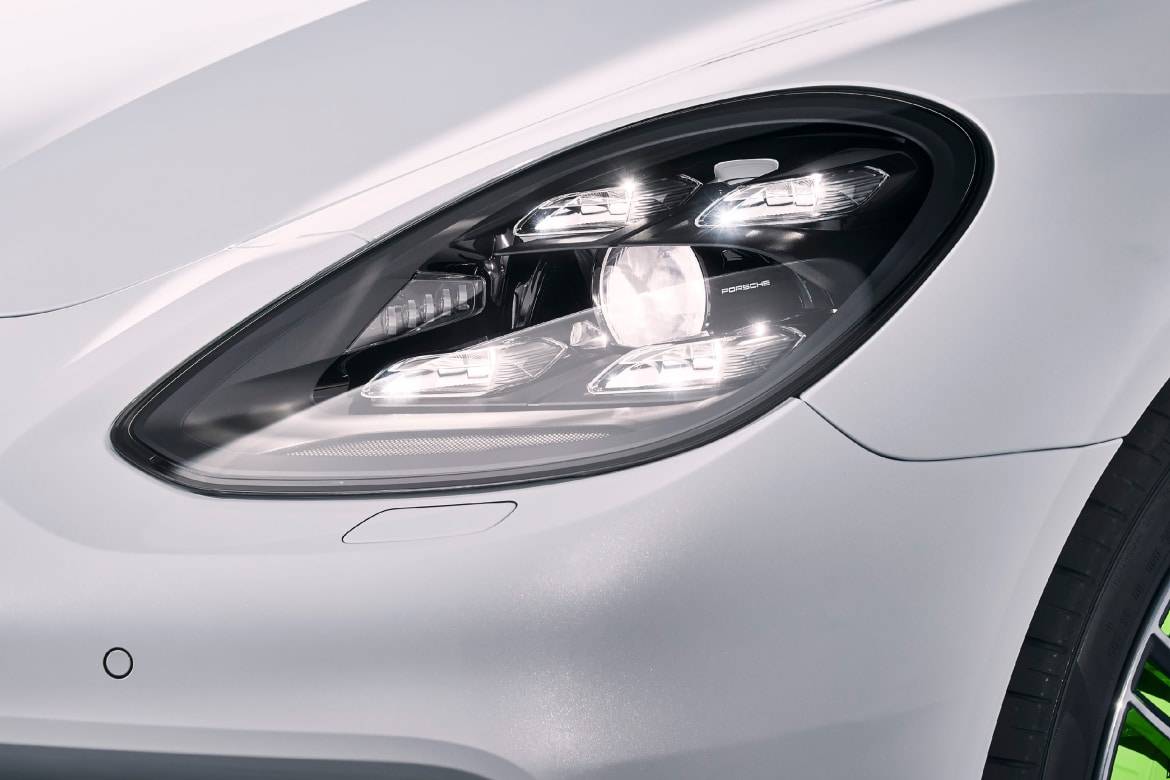 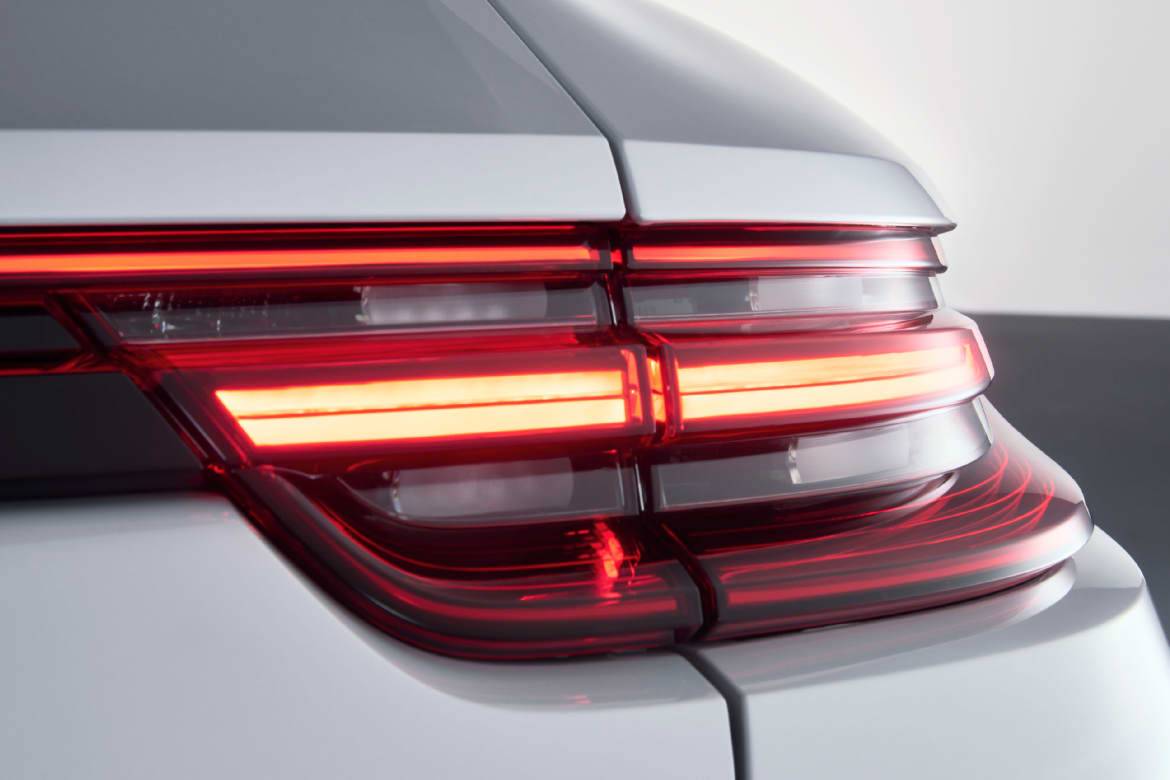 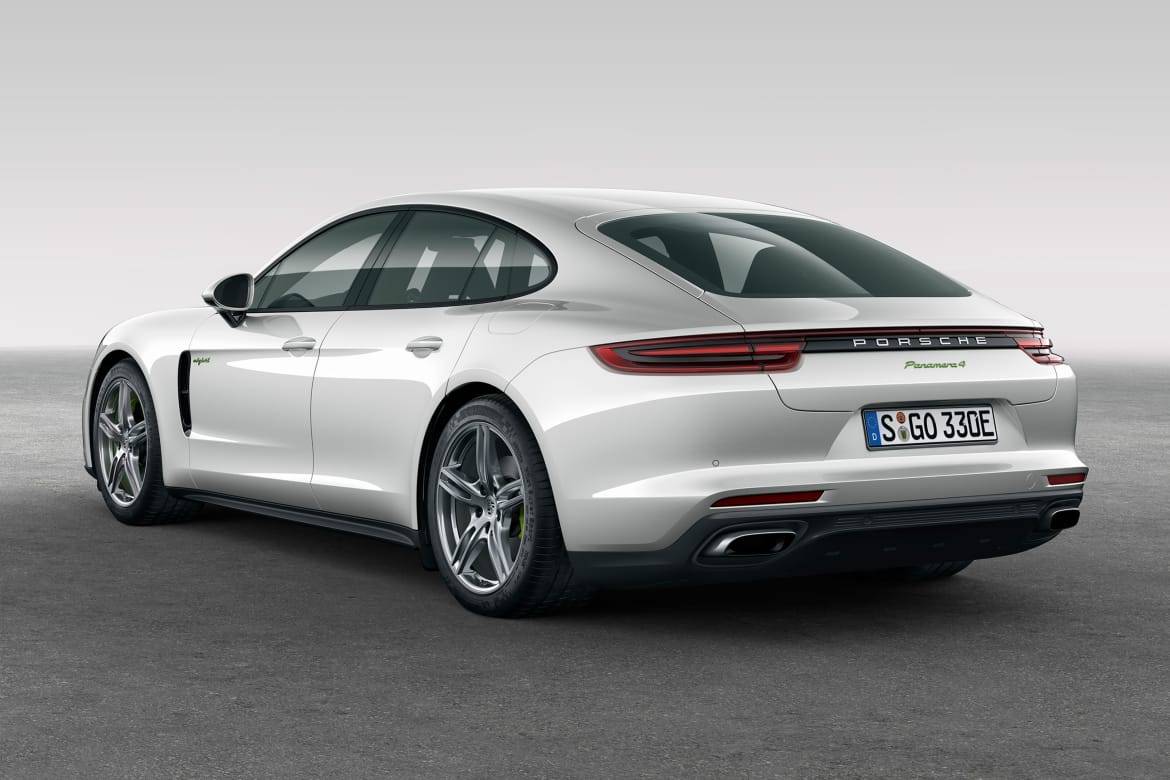 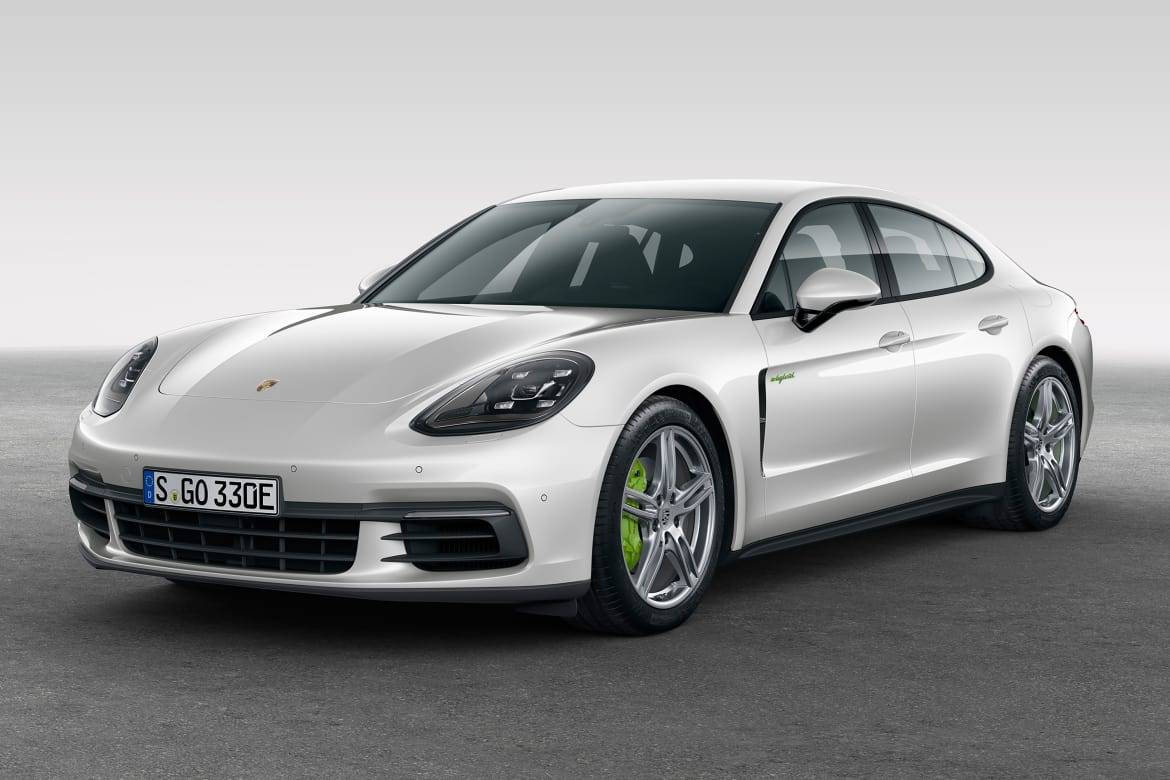