If they want to reflect reality, Subaru execs should really rename the Outback the Vermonter. I swear, virtually every fifth car I passed from Burlington to Brattleboro to Bennington was a Subaru of some sort, and the vast majority were Outbacks.

Of course, there are other cars on the road in Vermont: Next on the popularity list were the Honda CR-V and VW Jetta. There were more hatchbacks per capita than almost anywhere I’ve been. It wasn’t hard to get the picture that accompanies this post; I just waited until I found a parking lot with Outbacks. This lot had four.

According to our staff Vermonter, Ian Merritt: “Vermonters don’t drive Subarus for their high quality and low-maintenance record, savvy interior design or for their charmingly good looks; they drive Subarus for one reason: snow. With an annual average snowfall from 65 to 75 inches (and as much as 300 inches at higher elevations), Vermont drivers need a car that can handle getting to school and work, keeping enough chutzpah to get the entire family to the mountains with a roof rack full of skis. Subarus eat snow, which is why Vermonters own Subarus.” 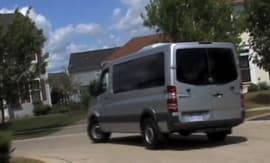 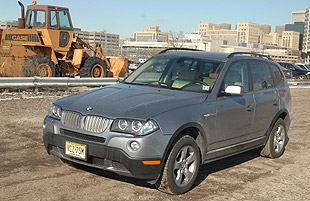